I was in a deep sleep, a refreshing sleep in the late afternoon to help me prepare for another night shift. The plan was to rest, have dinner and leave at nine o’clock for a night of telling the police where to go to, hopefully not too often as a foul night of wind and rain was forecast. All of  which tends to keep rowdy drunks off the streets of Key West and reduces traffic on the police radio channel which I would be monitoring. Suddenly I found myself struggling to wake from a startling sense of drowning, unable to suck in a breath, try as I might. I sat up flailing wildly in a room so dark I couldn’t even see the alarm clock normally a reassuring red glow on top of the chest of drawers. It was a power outage. 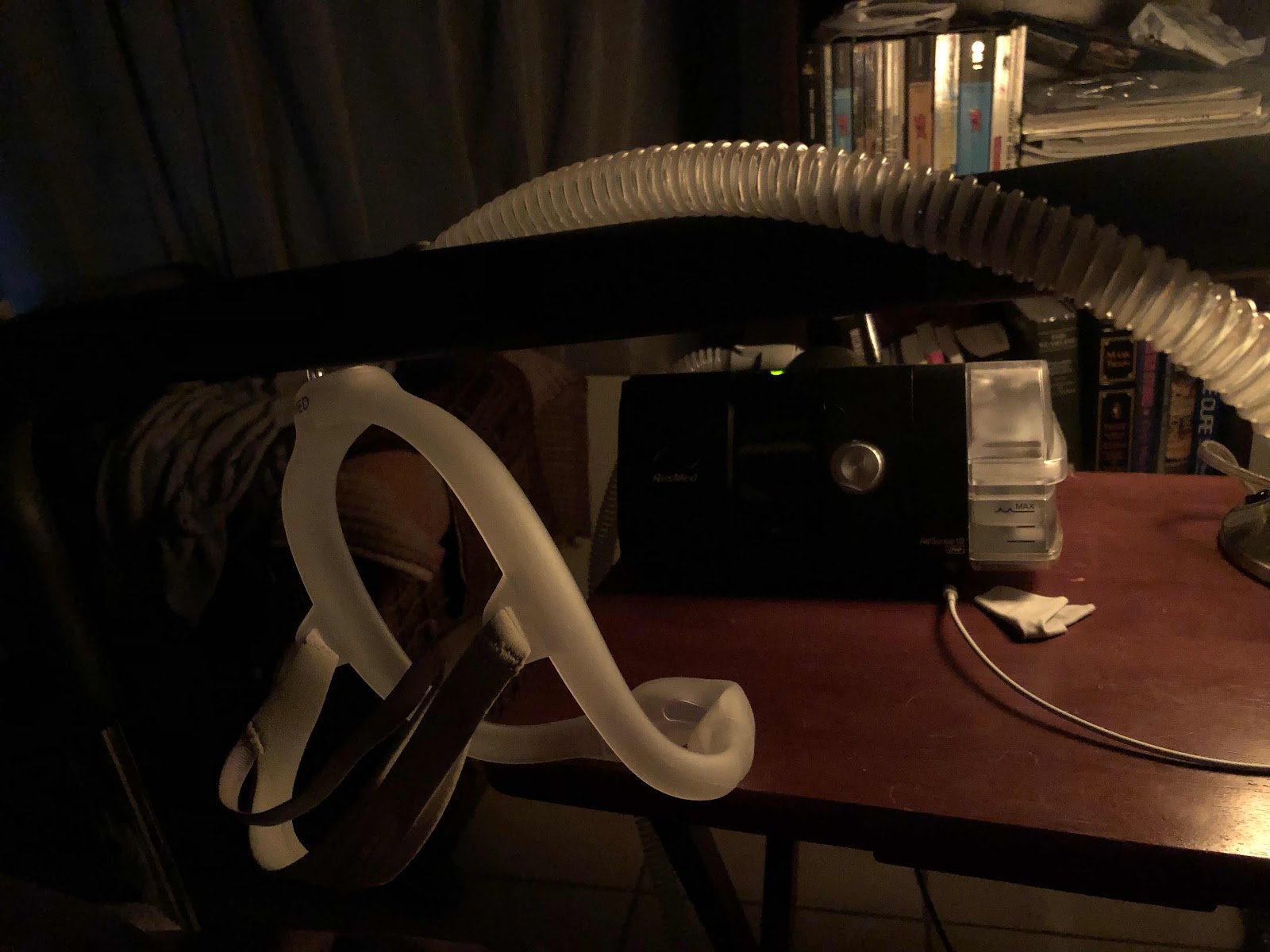 My inability to draw breath was caused by a helpful breathing machine I use since my hospital stay for broken bones discovered I have sleep apnea. The sudden loss of power caused the rubber “pillow” (their name) to collapse against my nostrils not only no longer pumping air but actively blocking up my nose. That was a wake up call. Good Afternoon Florida Keys. 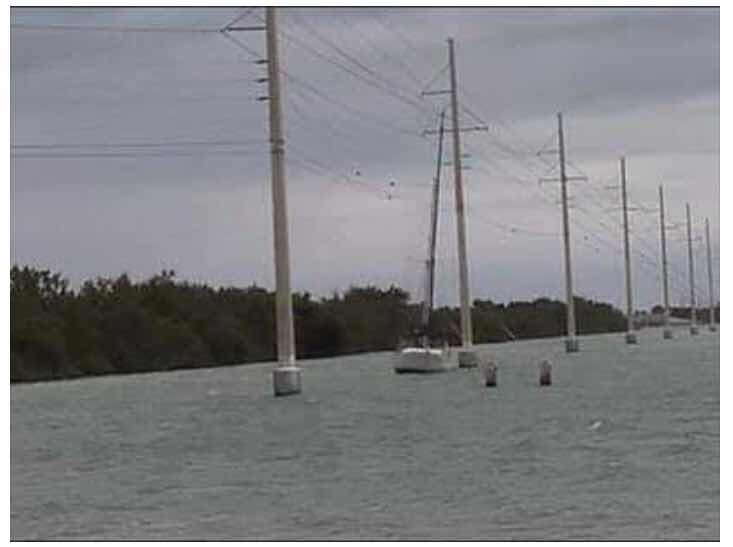 Facebook wasted no time in posting the photo above to explain the cause of our sudden powerlessness along with numerous comments speculating on the boat owners origins and family tree. To my astonishment my phone went off and I found myself in receipt of unsolicited information from Keys Energy explaining the problem and with a shrug further explaining the loss of power had no end in sight. Bugger. Then I was texted fresh information: local generation was underway to fill the gap until the mainline (“tie” line in  KeysEnergySpeak) was liberated from its derangement. Or words to that effect. That liberation was also eventually recorded on the universally useful Facebook. Thank you Carlos (whoever you are) and Towboat US. 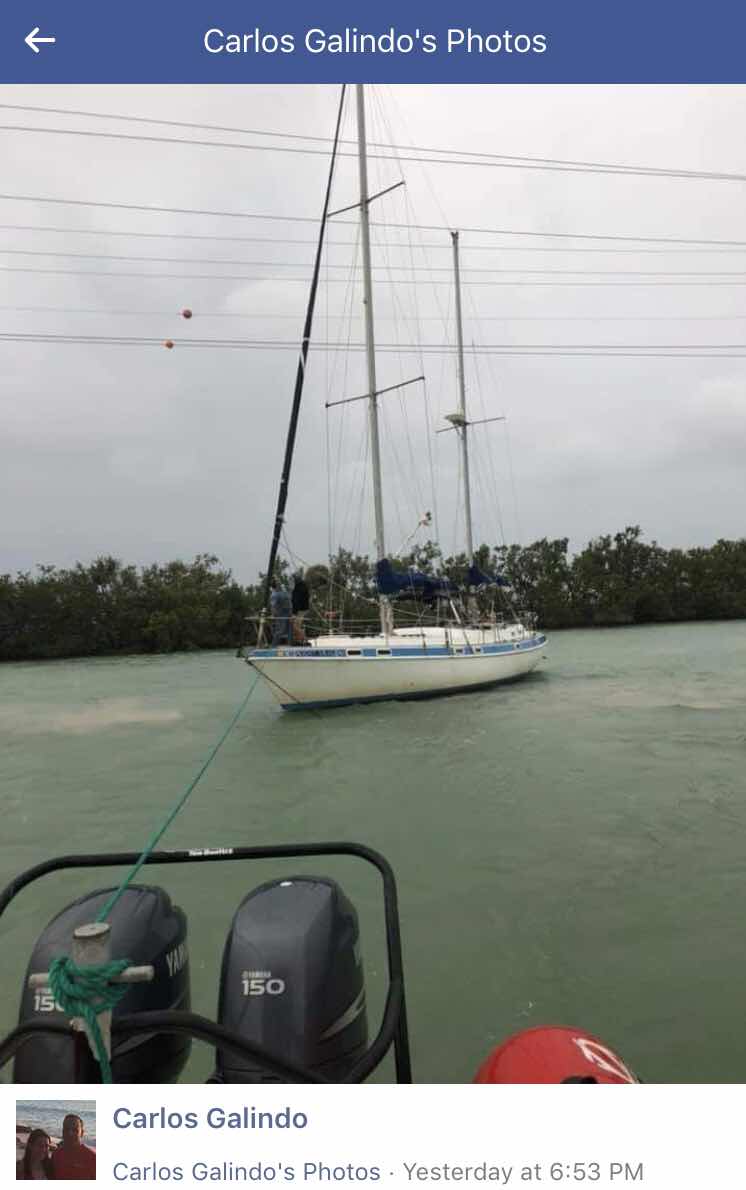 Local power generation is a wondrous thing enabled by the old power station on Stock Islsnd next to the Hogfish restaurant. I heard once they have enough fuel to provide power for two weeks should the tie line from Miami break. After a hurricane it’s usefulness is limited as they can’t just power up willy nilly when electrical lines have been reduced to angel hair pasta across whole neighborhoods. However when there is one single problem like this minor fiasco the local generation thing gets the a/c and Netflix back on line sharpish and normal living was rapidly resumed in this case at the expense of manual workers struggling in the teeth of a very wet and windy storm raking the Keys. I arrived at the police station at ten o’clock glad to be working indoors out of the weather. 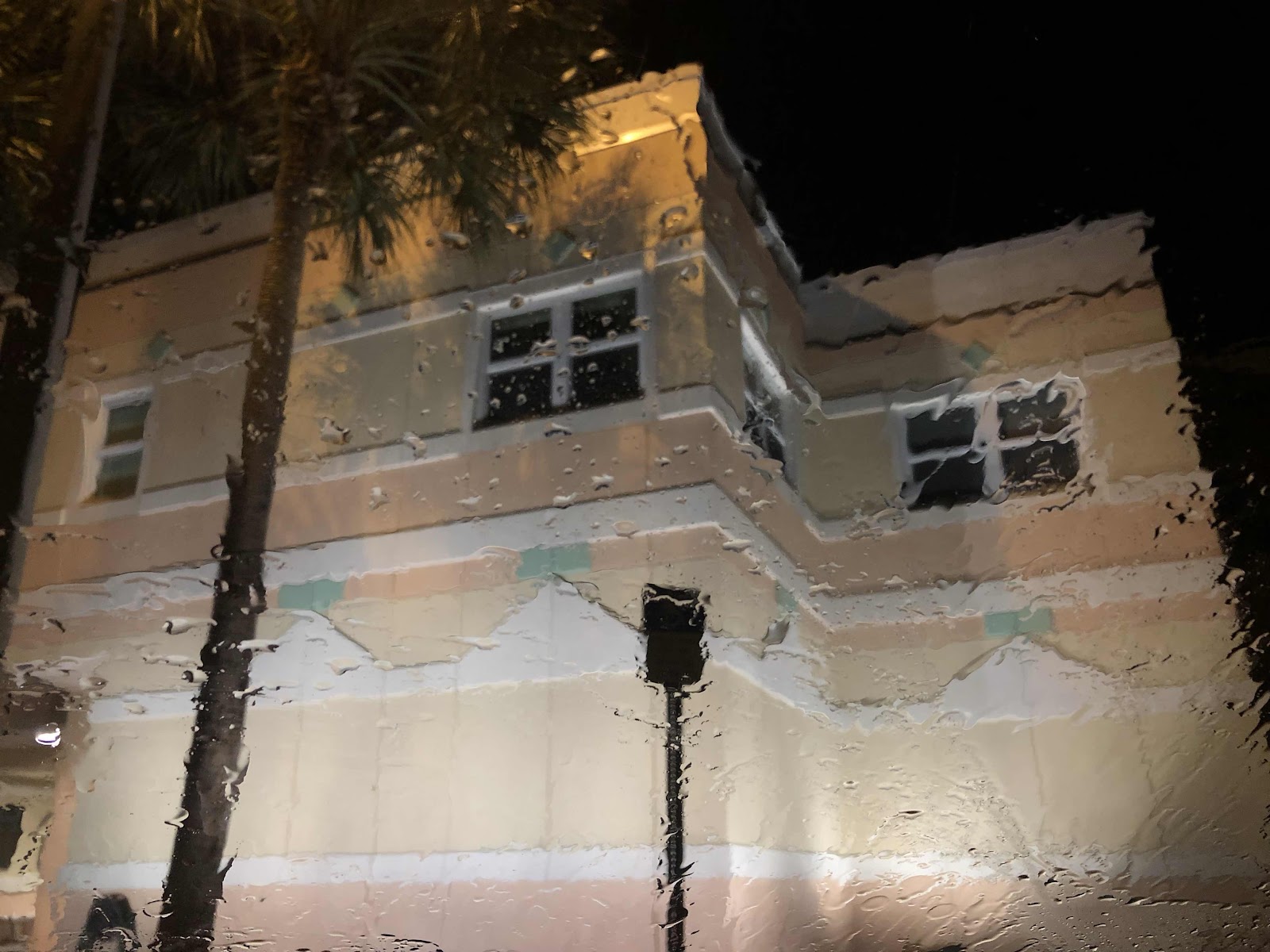 Power outages used to be, I don't want to say frequent, but they weren't surprising in a place subject to wild weather and exposed  power lines. Power outages were not one has to remember the devastating thing they can be today with all these delicate electronics that don't take to power spikes and brown outs. Basically power went out, candles were deployed and life went on, without air conditioning of course which was not a luxury universally enjoyed. Sweating was a popular past  time in the late 20th century in these islands. Since the bad old days things have changed markedly. 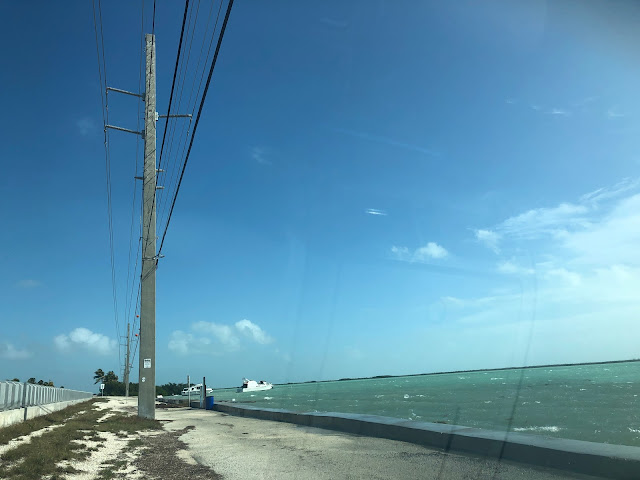 City Electric as it used to be known has turned itself into Keys Energy and is responsible for electricity from the Seven Mile Bridge to Key West. In the decades since the bad old days they have carried out a  massive and amazing job is installing power poles that are, so far at least hurricane proof.   These huge power poles are not the most aesthetic additions to the  skyline, but they do work. The poles and wires have survived major storms like Wilma and Irma and in daily living they stand there and do their jobs, which is to transmit life giving power. 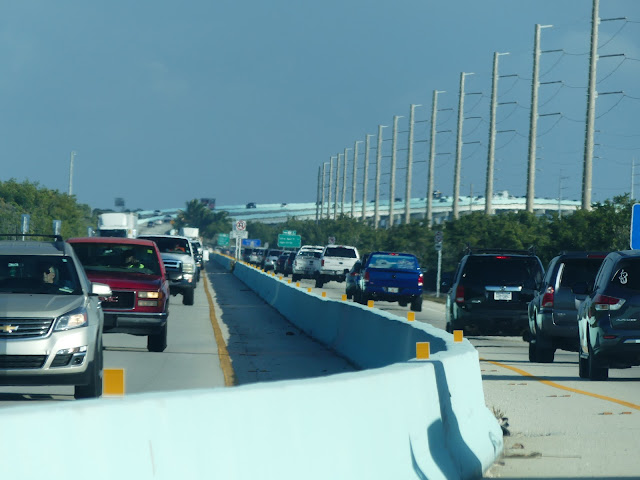 And despite all best efforts a simple sailboat mast is enough to screw up power for a hundred miles. It's cheaper to import electricity from the mainland along the "tie line" than it is to generate it locally so when something interrupts the line everyone goes dark, just like the bad old days. Mostly though I am astonished when I hear the wind howling and the rain slashing my home or office and see no power outages at all. At work we have generators so there is a momentary black out and all continues as normal. At home we count down the minutes hoping the power will come back before the interior heat becomes unbearable. Did I mention I am grateful for affordable air conditioning? Grateful too for reliable power. And these days grateful for my machine that helps me sleep and kills my snoring even if it does rely on electricity.Which happily is now much more reliable than ever.
Posted by Conchscooter at 12:00 AM 4 comments: