I have never thought of myself as a tourist guide in these parts and indeed I have resisted the notion that this page should be a simpleton's guide to the Keys, there are plenty of pages for that. But to visit Big Pine and not to walk the trails  just a short way past the Blue Hole on Key Deer Boulevard would be a shame. 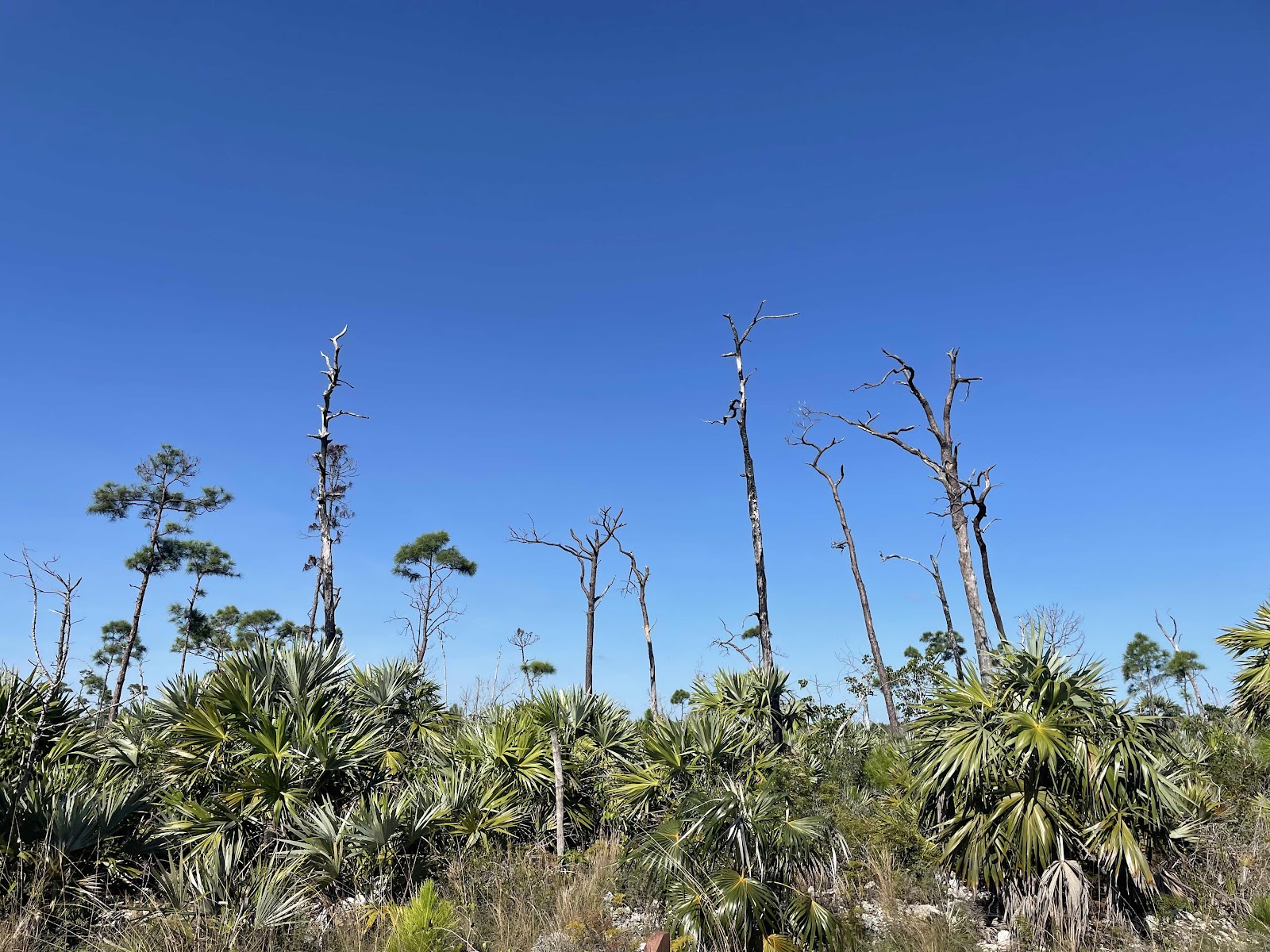 The Blue Hole had cars coming and going when I drove by but no one stopped here. Granted it was hot and the sun was shining pitilessly from a deep blue sky but Rusty and I were alone and it was lovely. 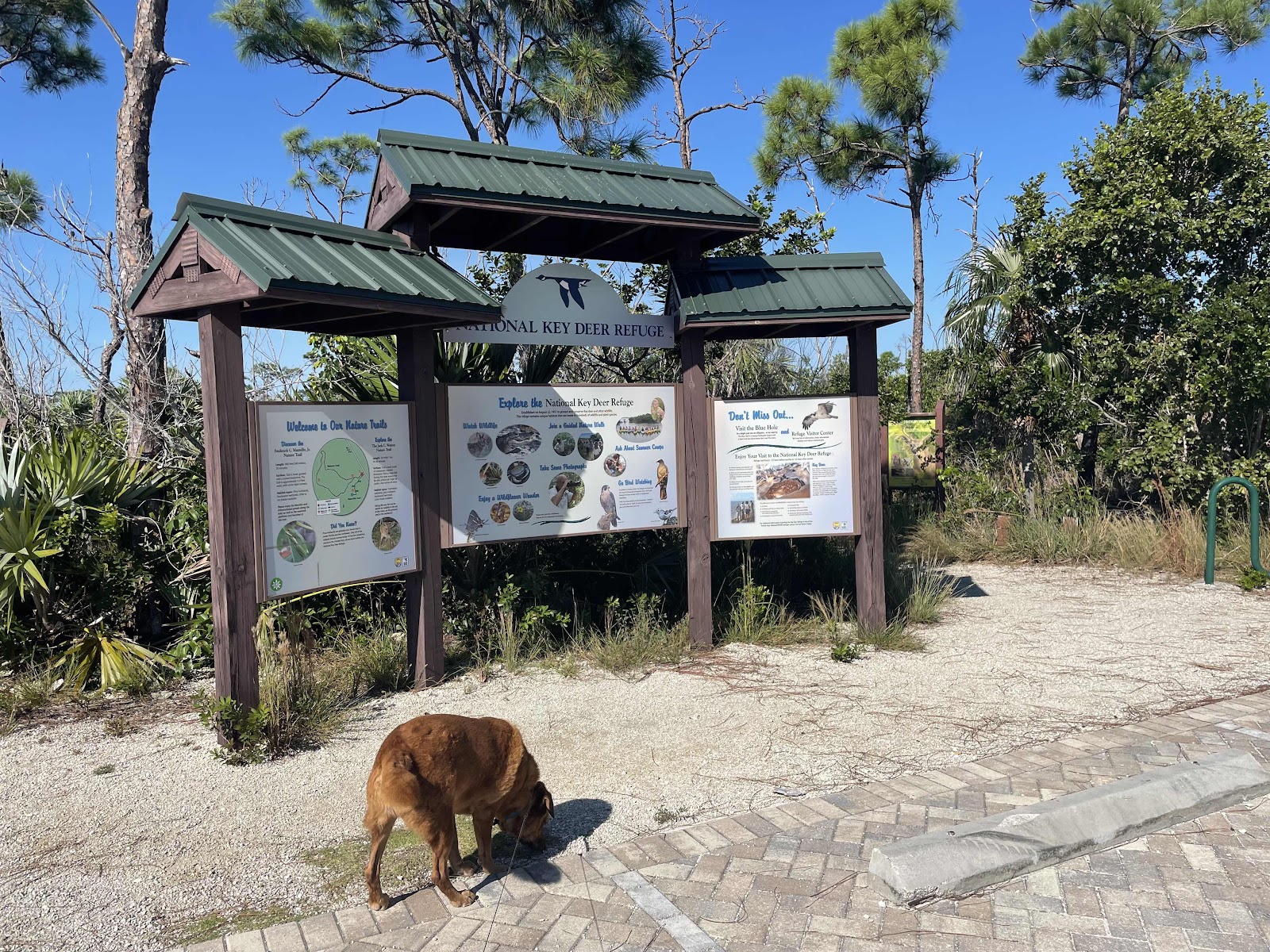 I like that the rules allow dogs and if they ask for a leash its the least one can do. We left no trace so when Rusty laid an egg I scooped it up and put the bag under the gas cap as I always do when there are no convenient trash cans. Open the cap to put gas in the car and there's the neatly wrapped egg ready to drop in the gas station trash. 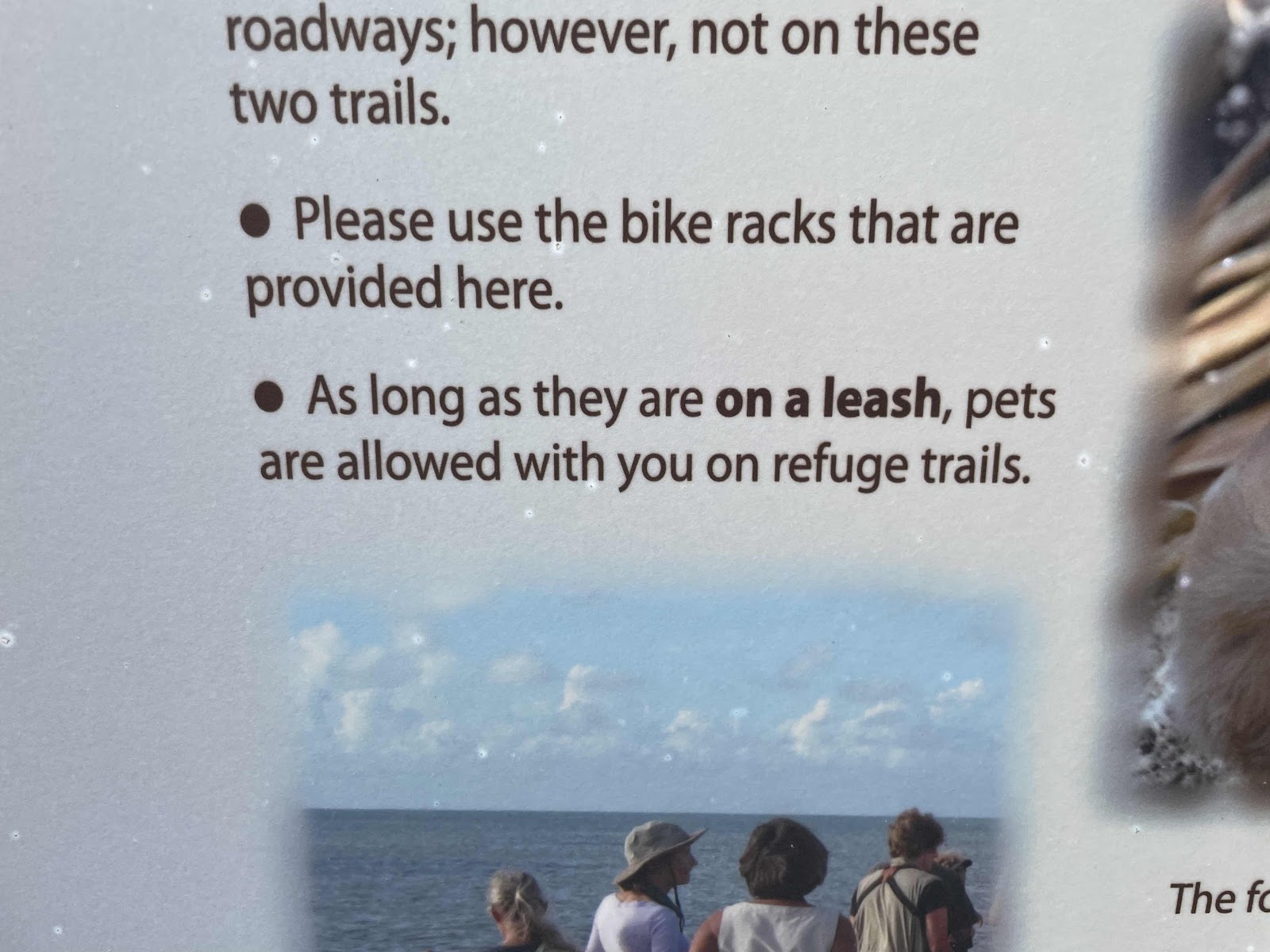 Aside from the technical details the trail is an easy walk, it could be nothing else in the flatlands. 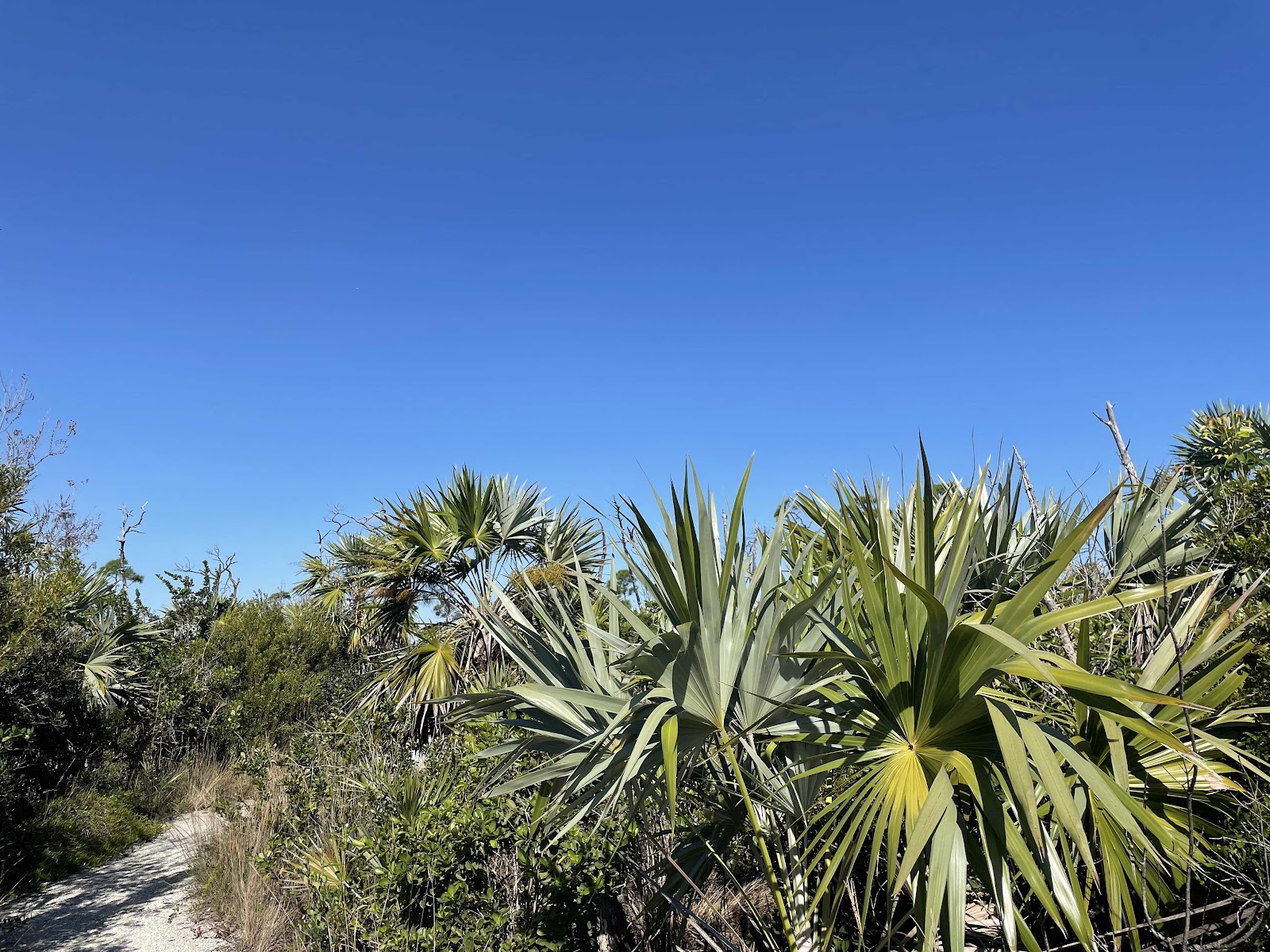 Its a great introduction to the flora of the Keys, thatch palms, saw palmetto and pines growing on fresh water lenses and stuff like that. A lens here is a convex pool of underground fresh water. 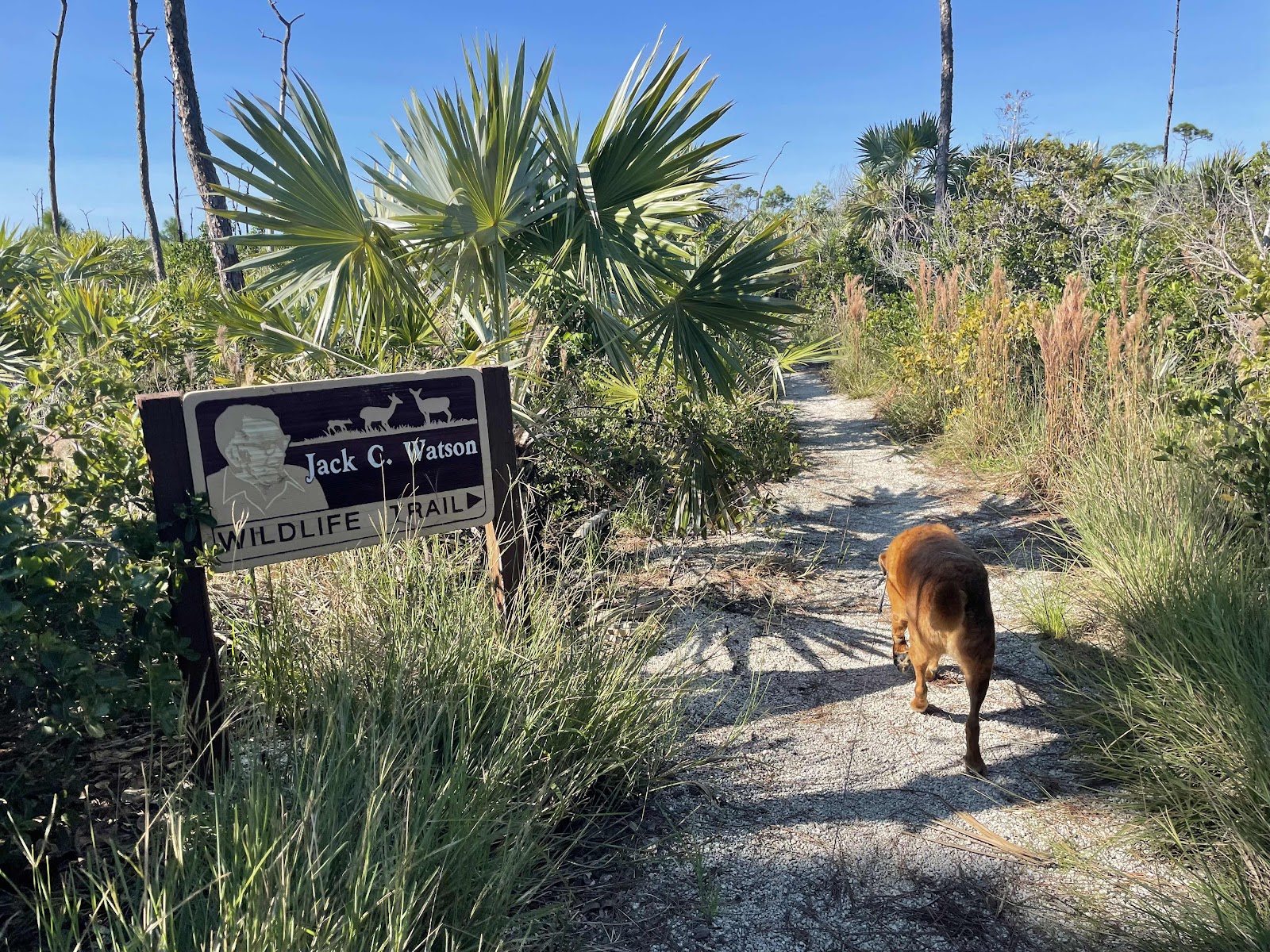 The main trail is called the Jack Watson trail after the first ranger who was hired to protect the Key Deer that were nearly driven extinct by the middle of the last century. 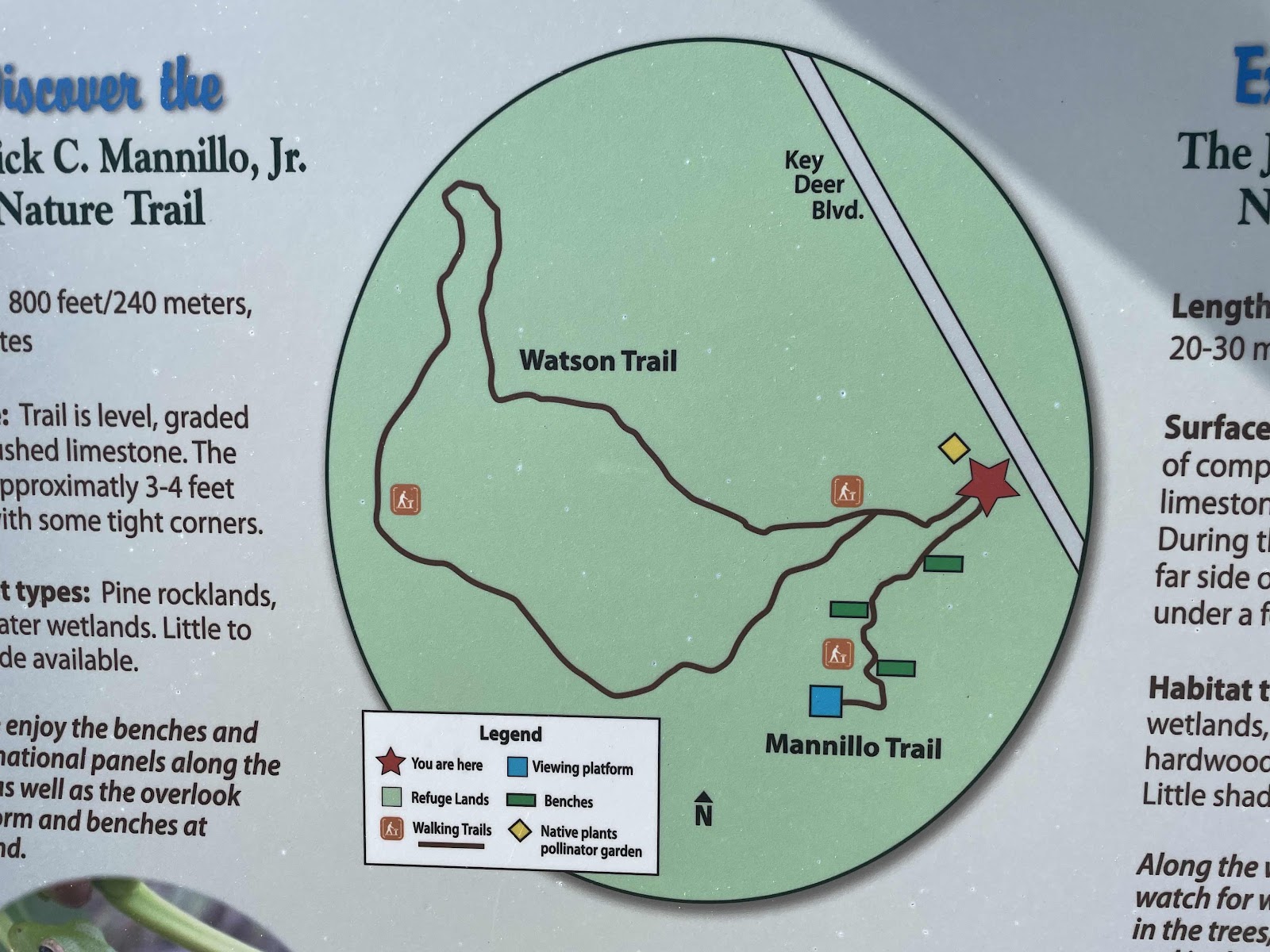 Apparently he was a fierce defender of the wildlife during his tenure and if you like Key Deer come here to pay your respects to the man who saved them from extinction. 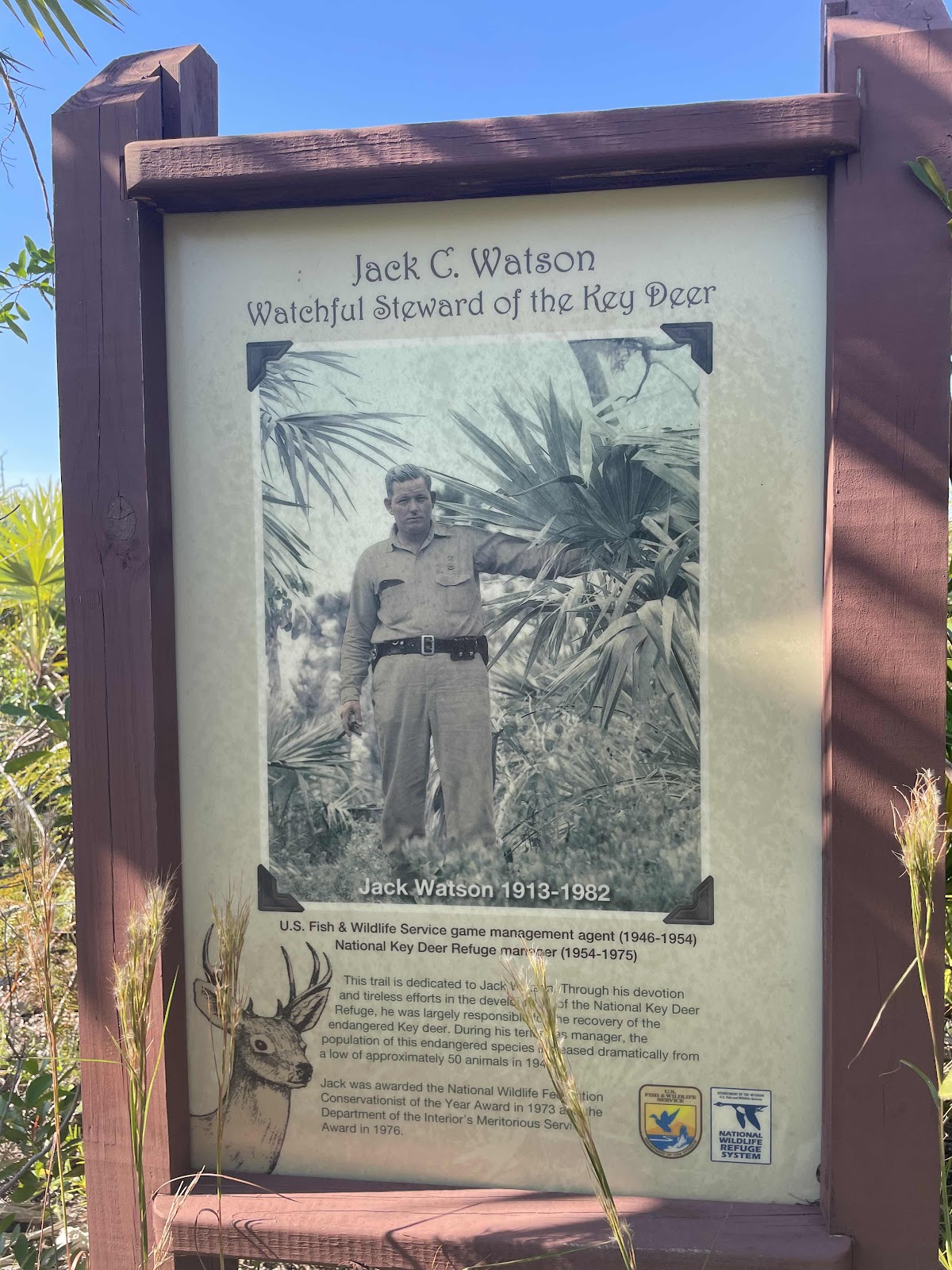 They have controlled fires here from time to time just like they do in bigger forests. 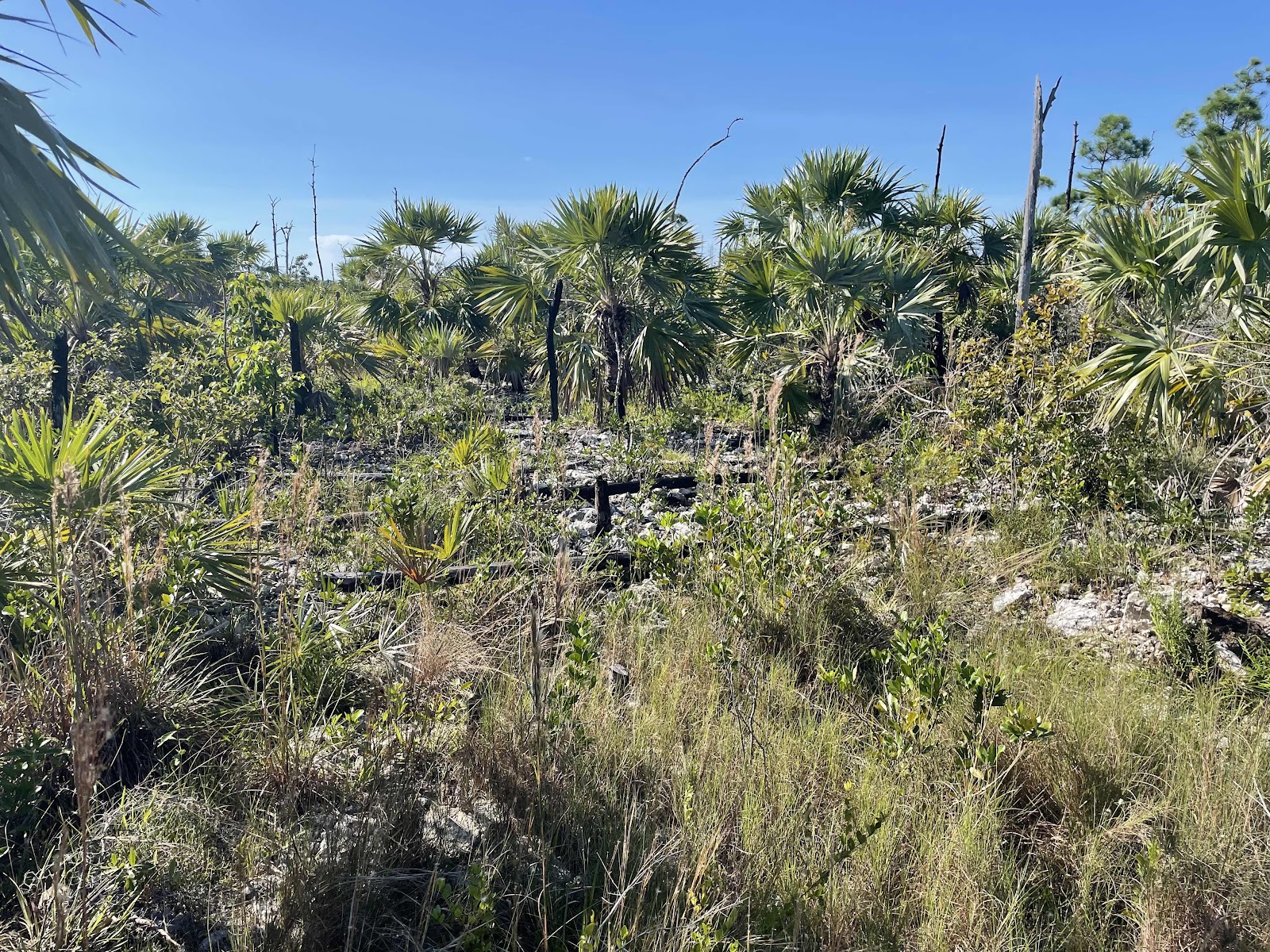 A few years ago one such controlled burn got out of control amid much recrimination and a bit more land than planned got scorched. 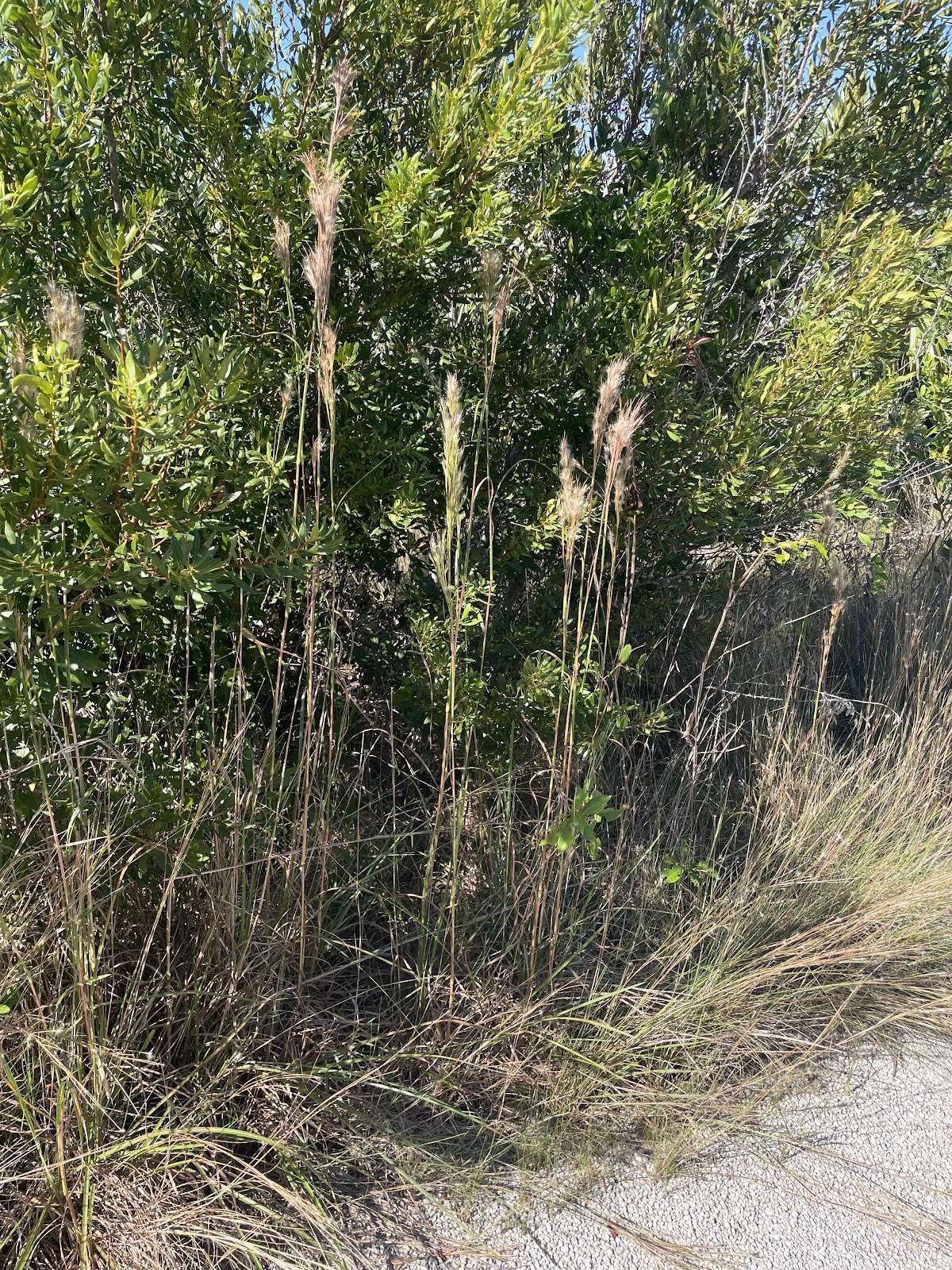 Much excitement of course but as you might expect the burn ultimately  disappeared in a welter of fresh new growth, perhaps in a larger area than intended but the principle of the burn remained. 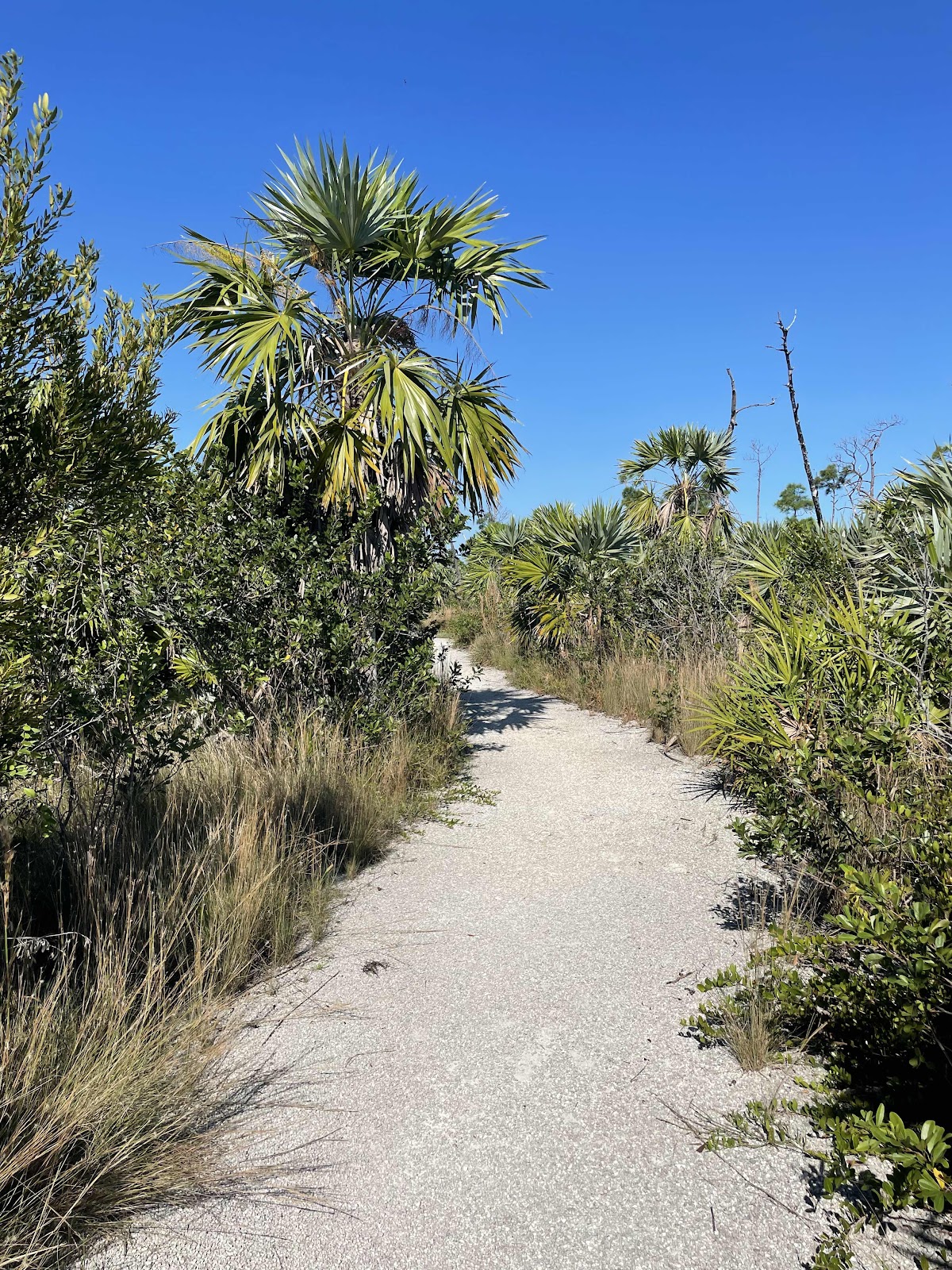 Oh and don't forget the butterflies, always important along with bees and other flying stuff. They have a garden for them too and it has grown mightily over the years. Every time some thoughtless human says what good has the government done I think of the parks service. Lots of good stuff in the parks…Law enforcement did all right by me too, lets face it! 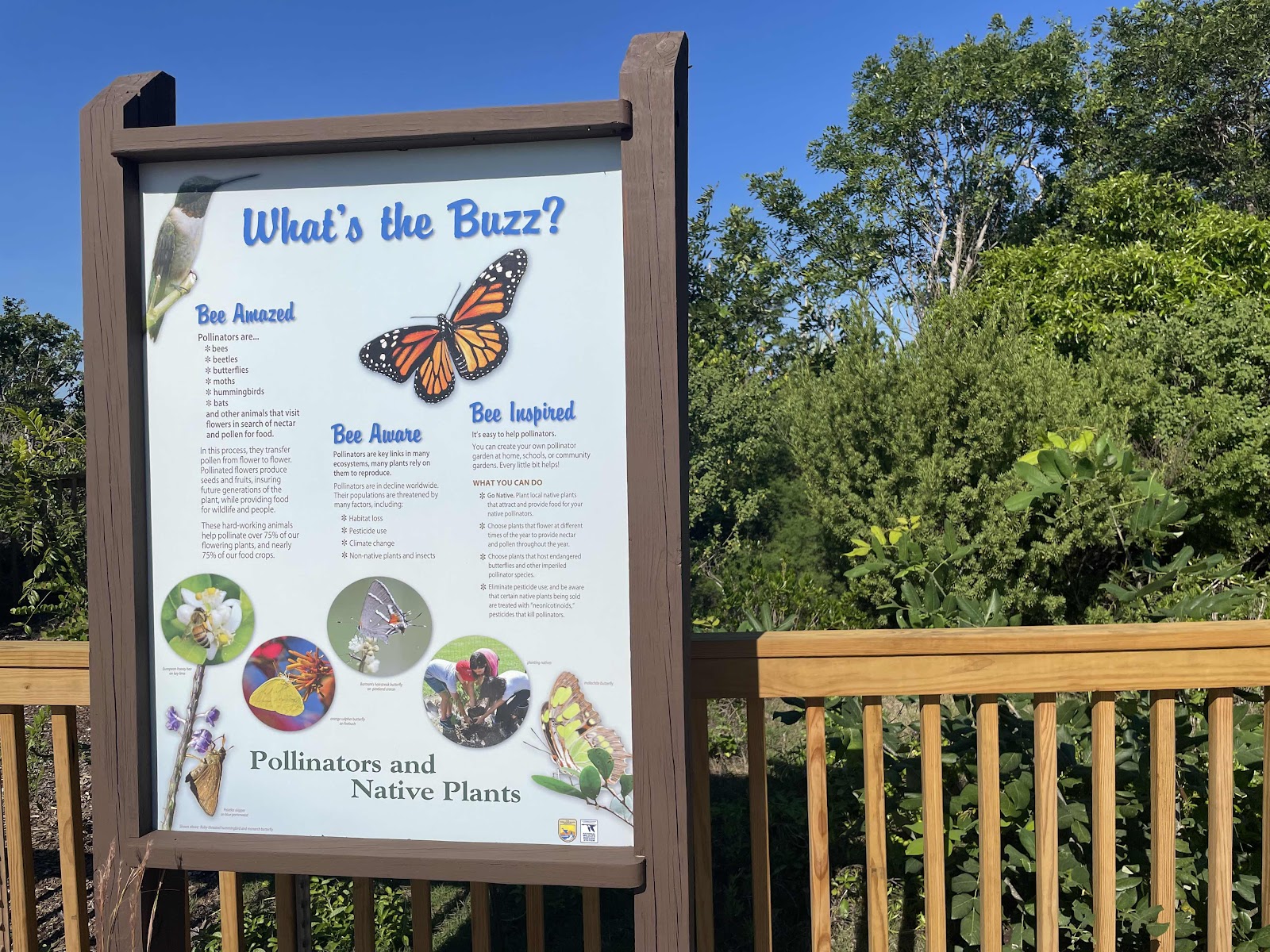 Of course today was the day I forgot my camera, things are a bit shambolic at home at the moment and these pictures came not only from Rusty's desire for a walk but also from my iPhone 12 mini. It does okay if you don't use the telephoto. I enjoy using my dedicated camera s and I dislike having to put up with the oddity of the phone on it's side sliding a digit to take a picture. 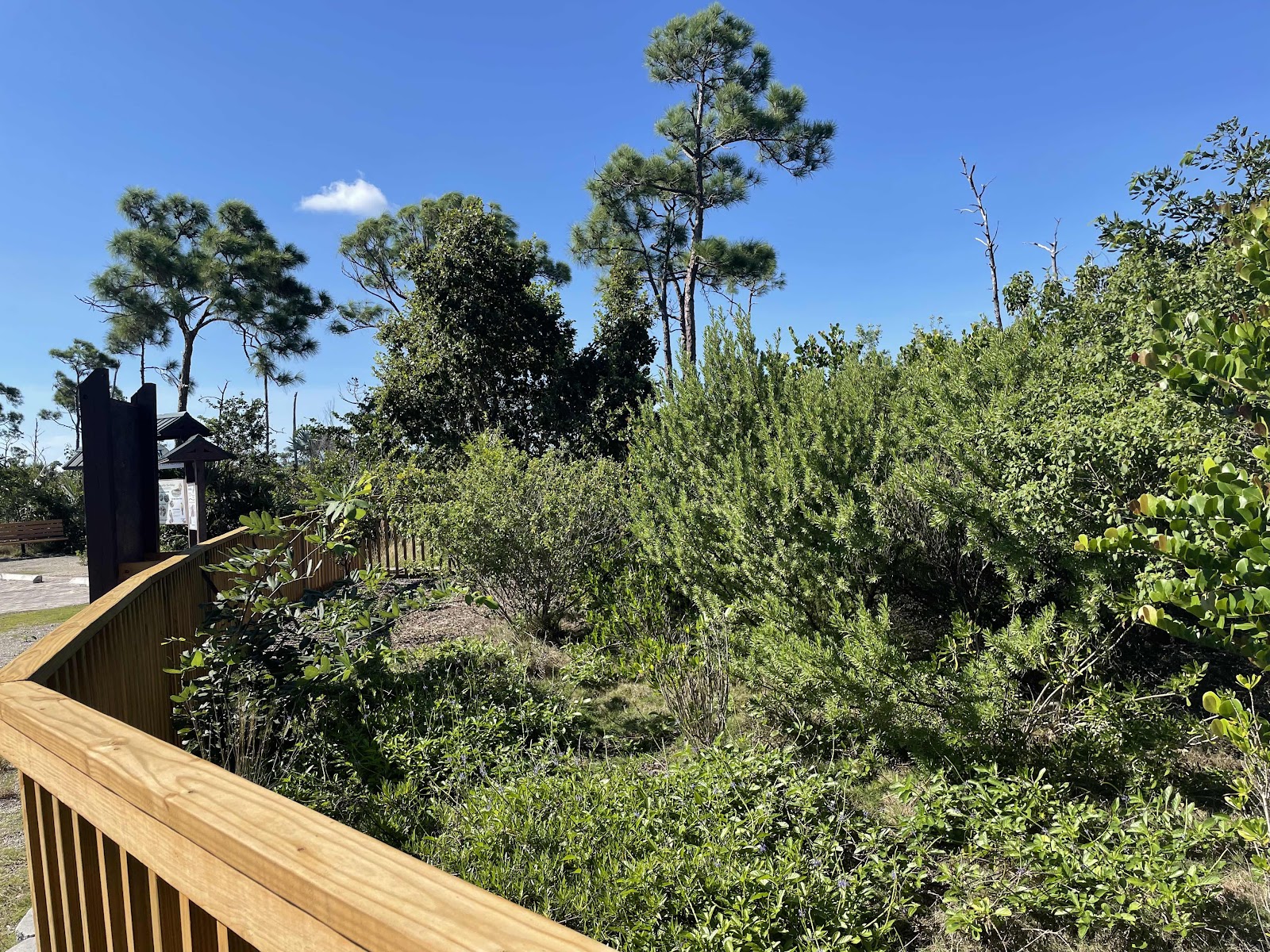 They have reopened the DMV office in Big Pine with the usual reduced midweek opening hours (fine if you are retired) we used to enjoy before Hurricane Irma upended Big Pine. My old utility trailer is now officially gone to new owners, the Fiat goes to a friend in Central Florida soon and the Ford may have a new owner as well, so the only wheels we will have left will be the van. Long may she roll... 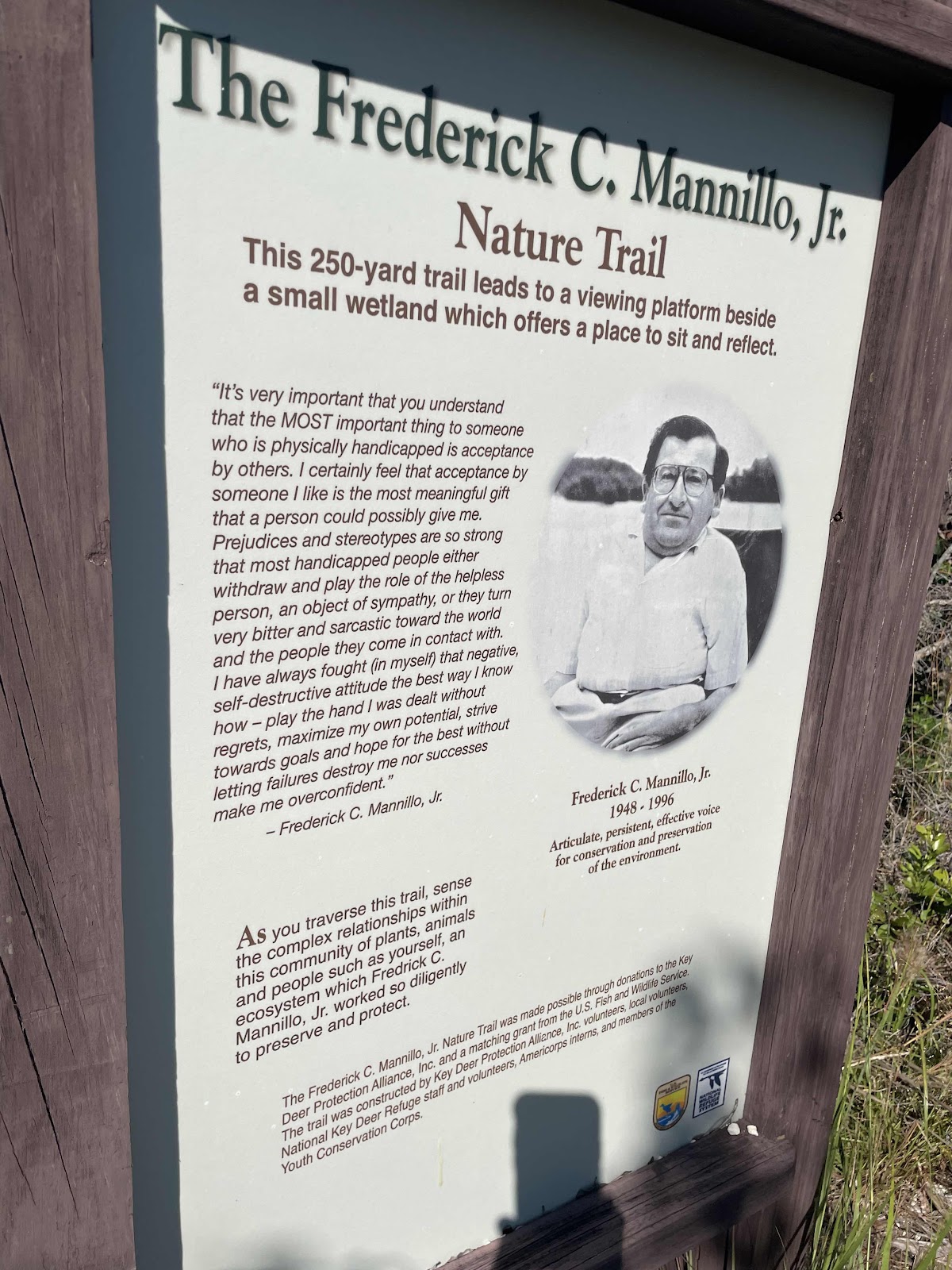 On the subject of rolling the park also has a wheelchair accessible trail with a viewing platform. Pretty cool. 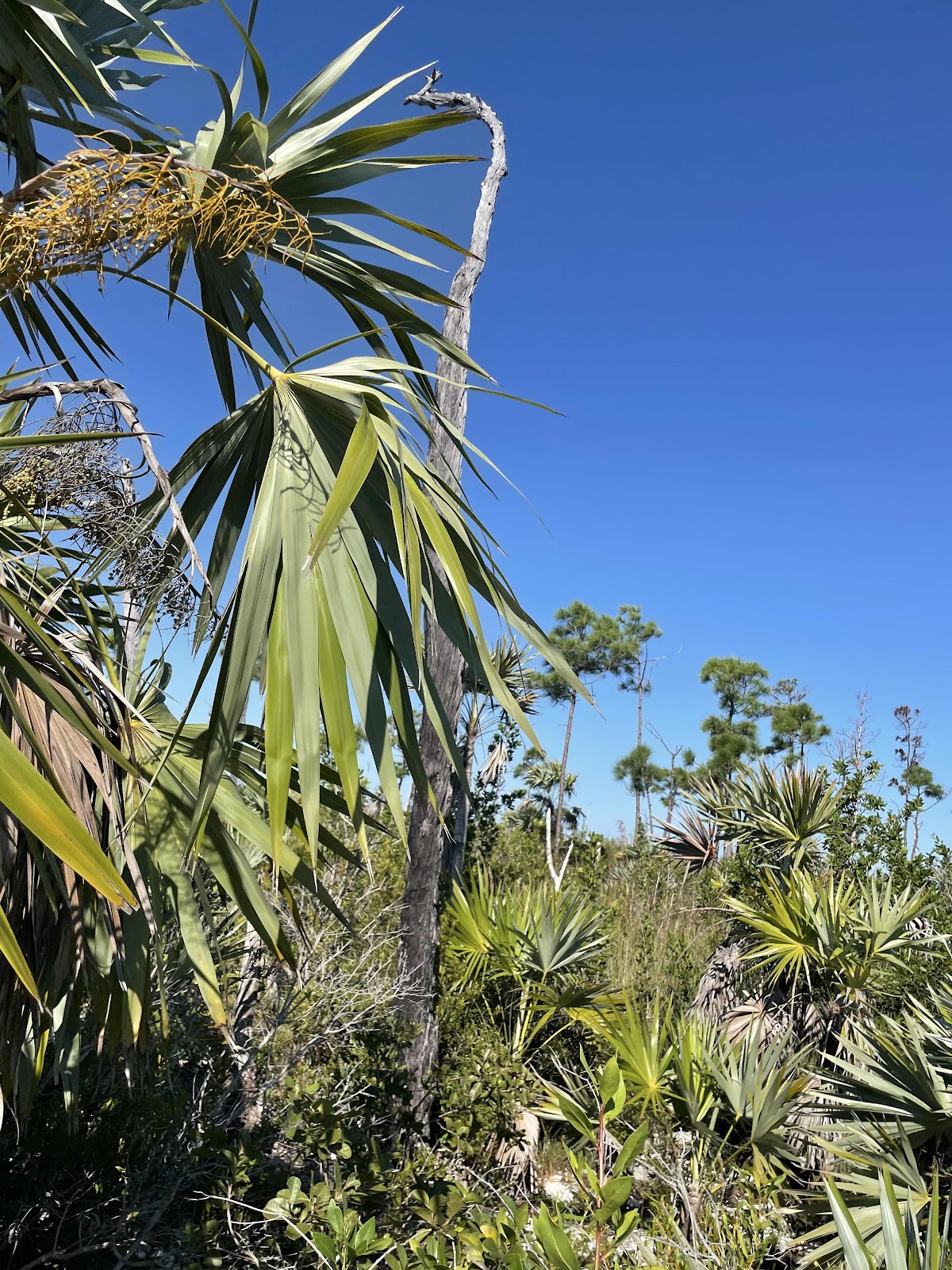 One thing I noticed from my time in a wheelchair is the way the railings are all set at waist height for a person standing up, putting the wheelchair user looking through bars.  I did a lot of that and the memory sticks. 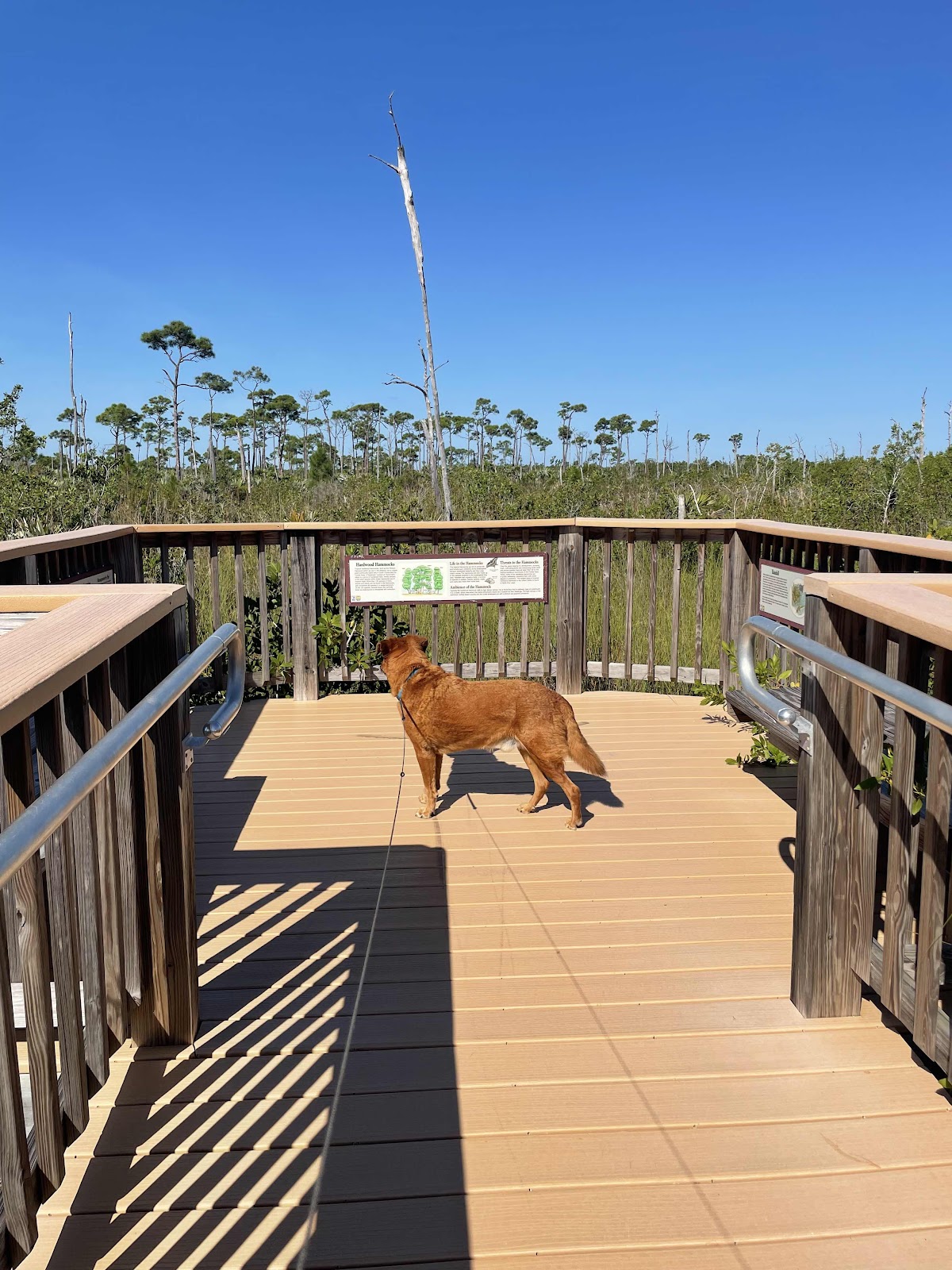 On the other hand you can learn. lot if you have a mind to, and I'd like to think people who have got this far, especially in cooler months might take the time to read. 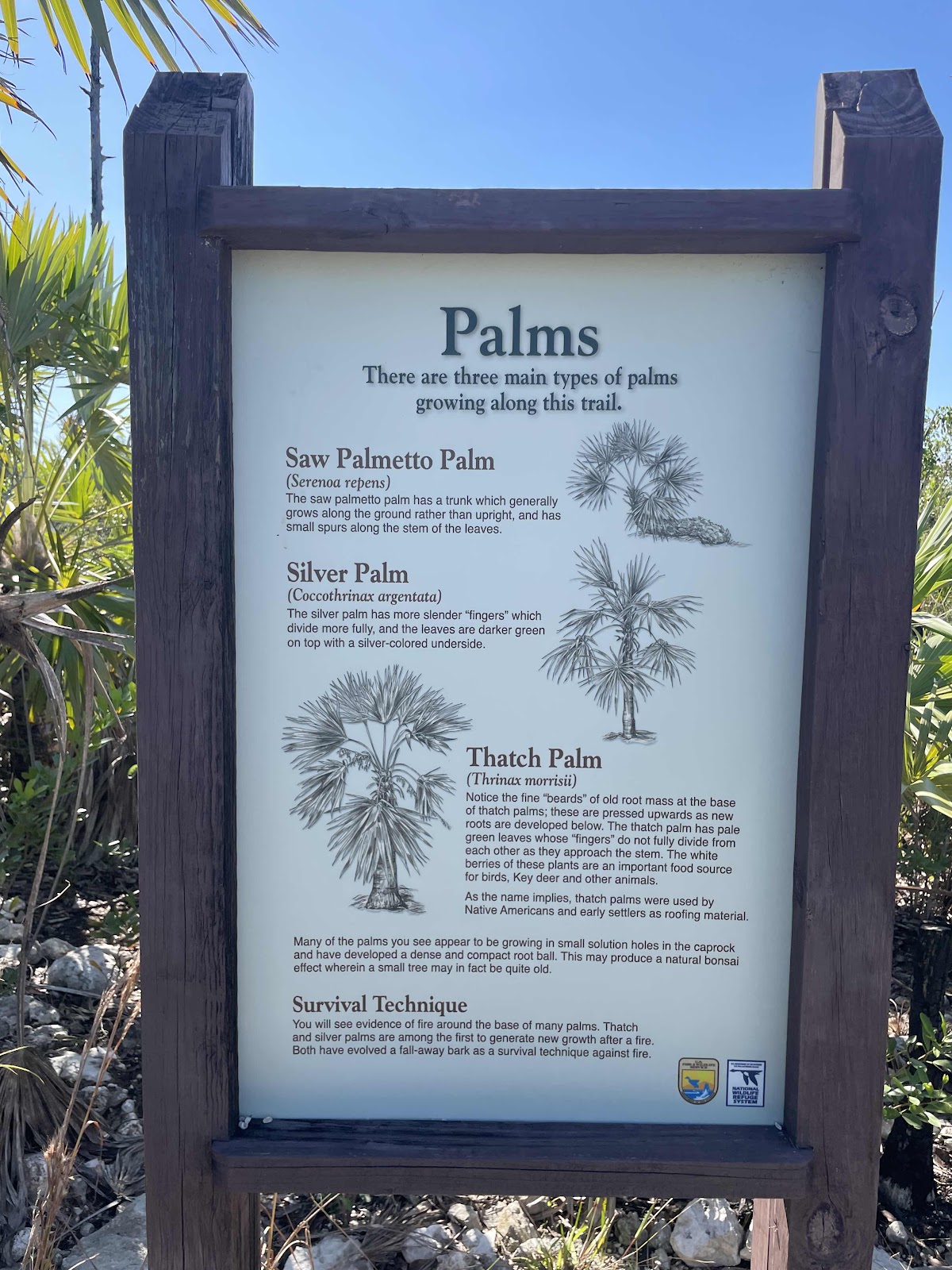 There are more signs than I've photographed of course. 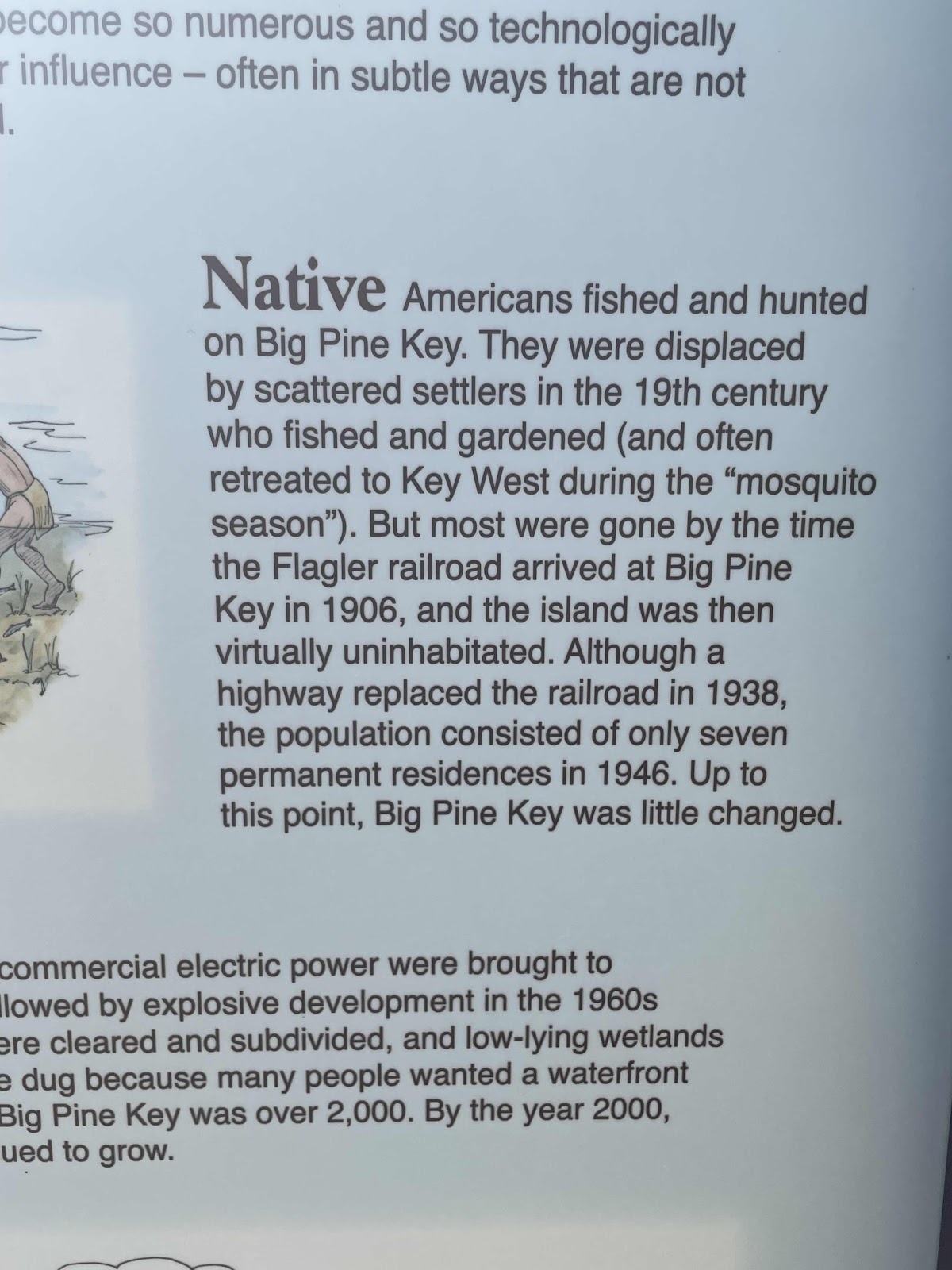 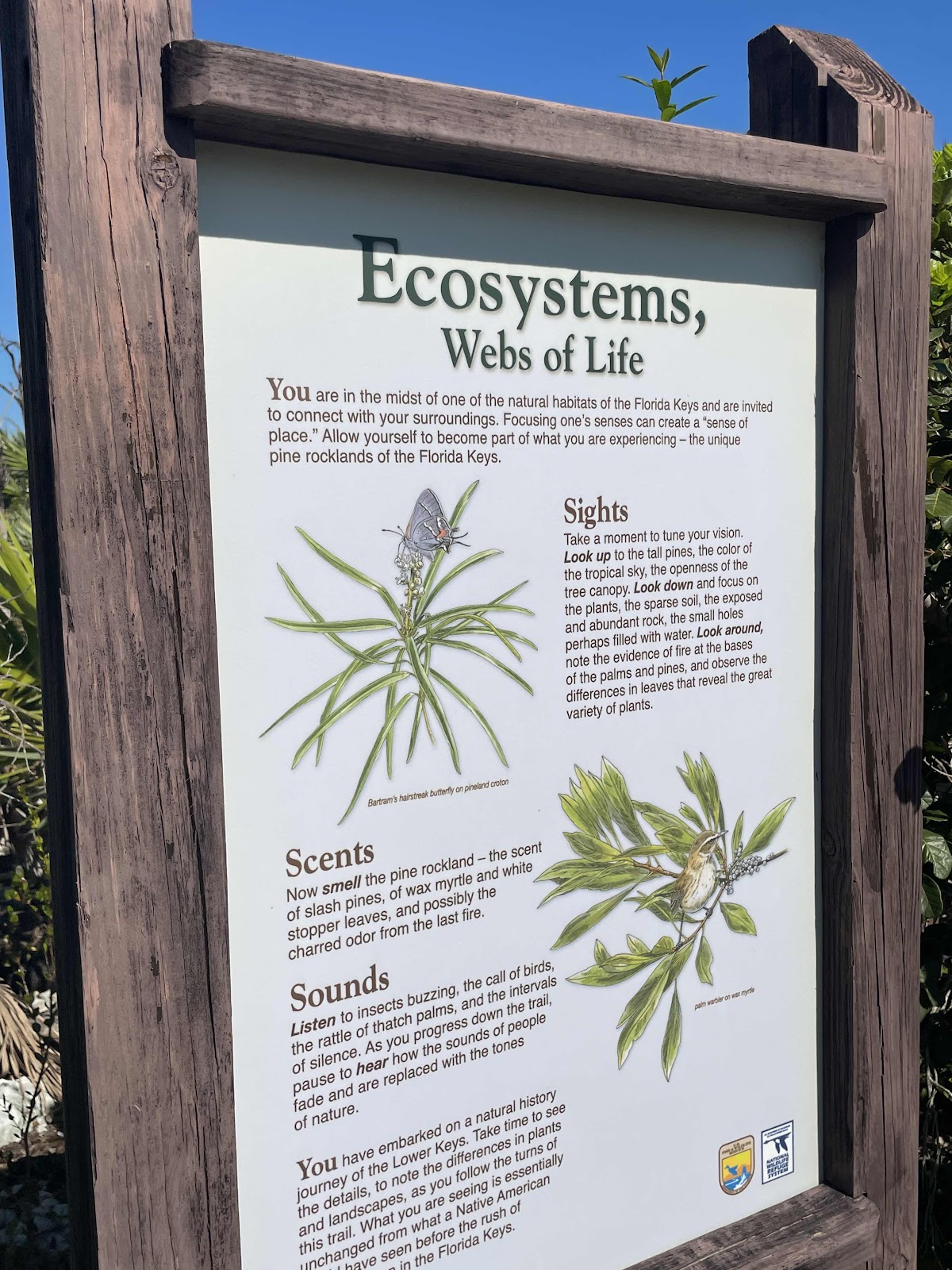 This is the one that explains to reason for this special trail: 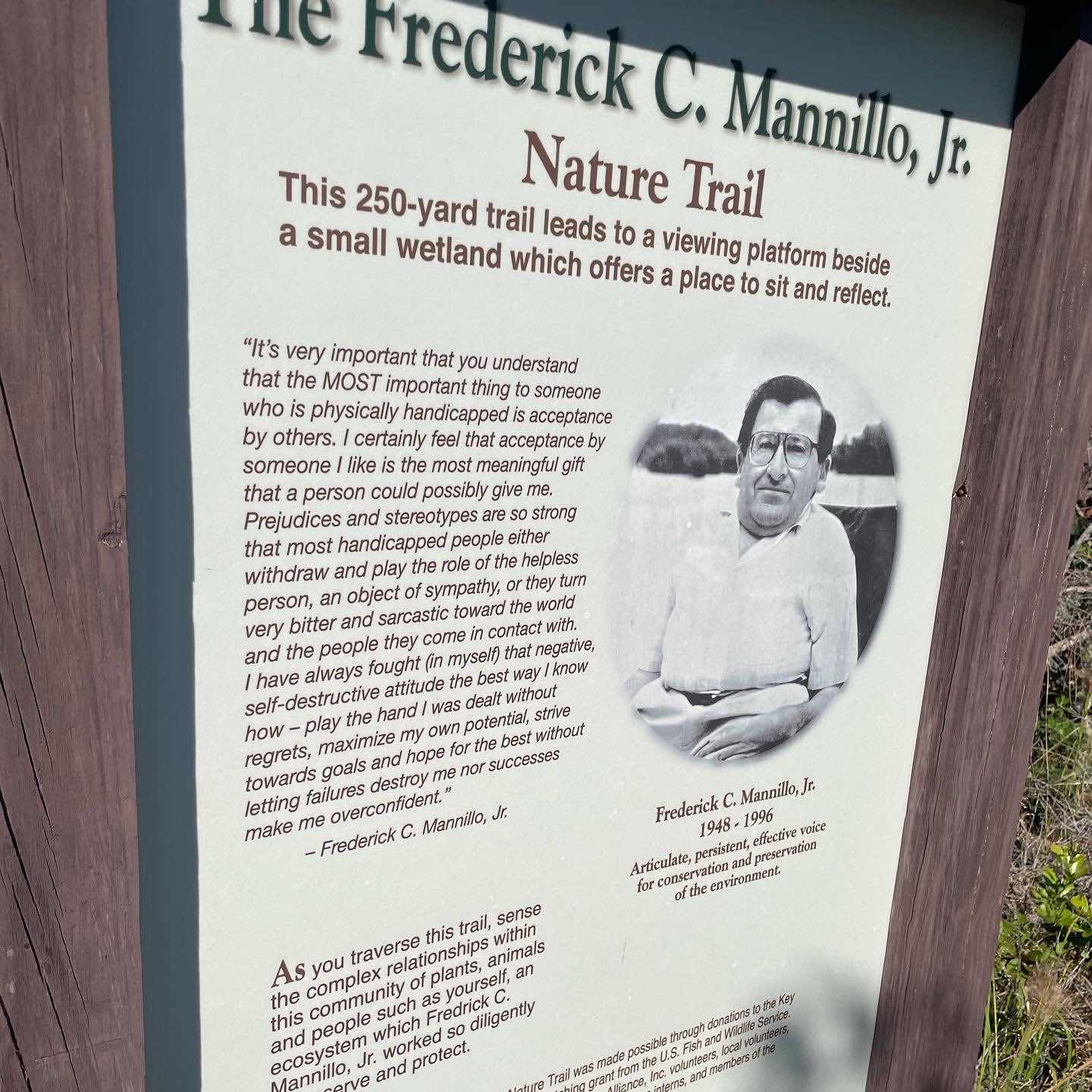 The countryside is the same across both trails more or less.  The long trail looks similar but it does have some spots that might make a wheelchair tough to maneuver. However Rusty got it into his head to not want to walk the long trail. He knows his own mind and I didn't fight him but there it is. You get the drift. 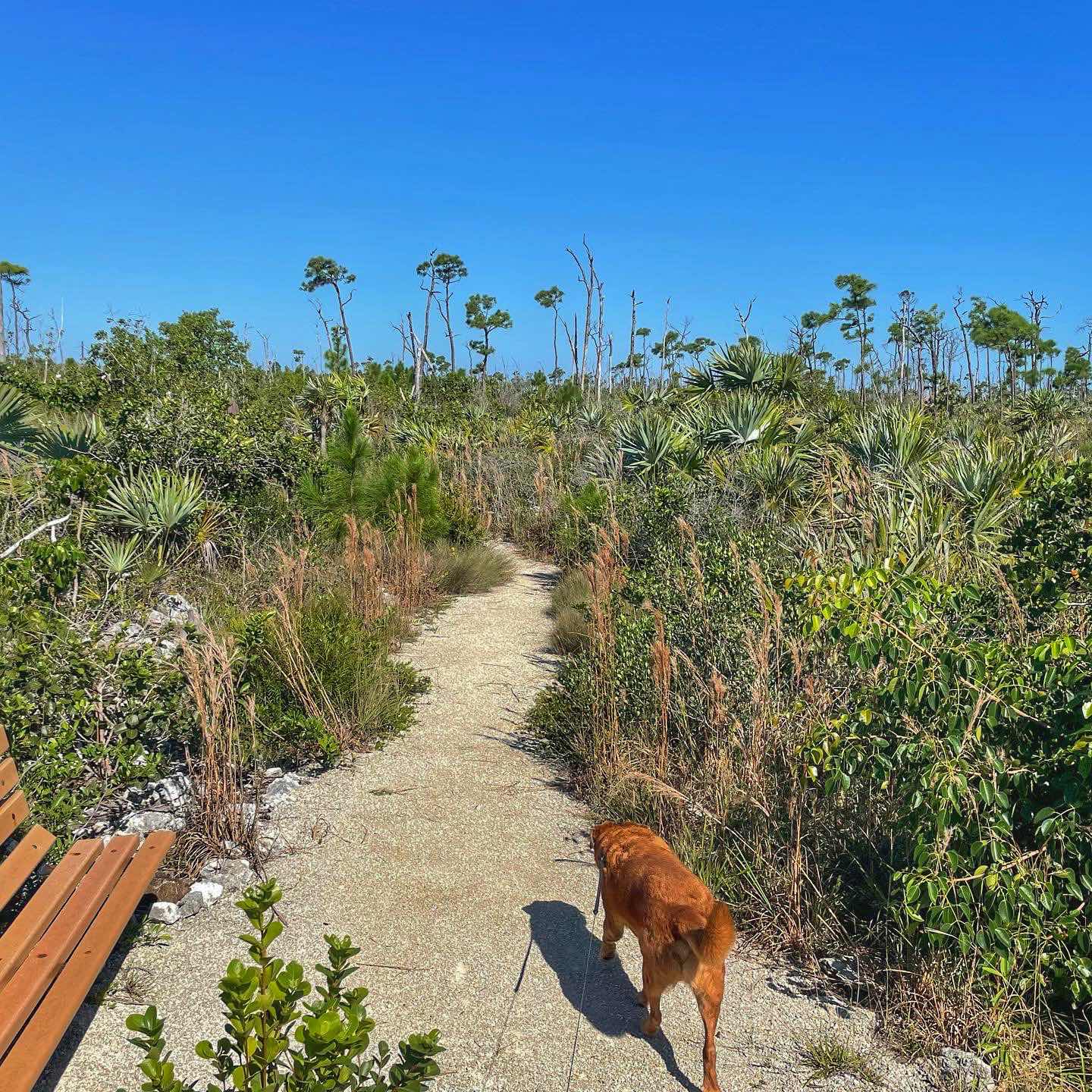 We had a yard sale, we gave. away a bunch of stuff to Haitian relief, we bagged the rest and Matt came by with his truck and took it to the dump and we both wondered where the hell it had all come from...and where it is going. This really is a. world with too much stuff and we are both swearing to each other: never again. We are determined the van will not bulge with stuff. Our track record sucks but perhaps one is not too old to keep trying to get it right. 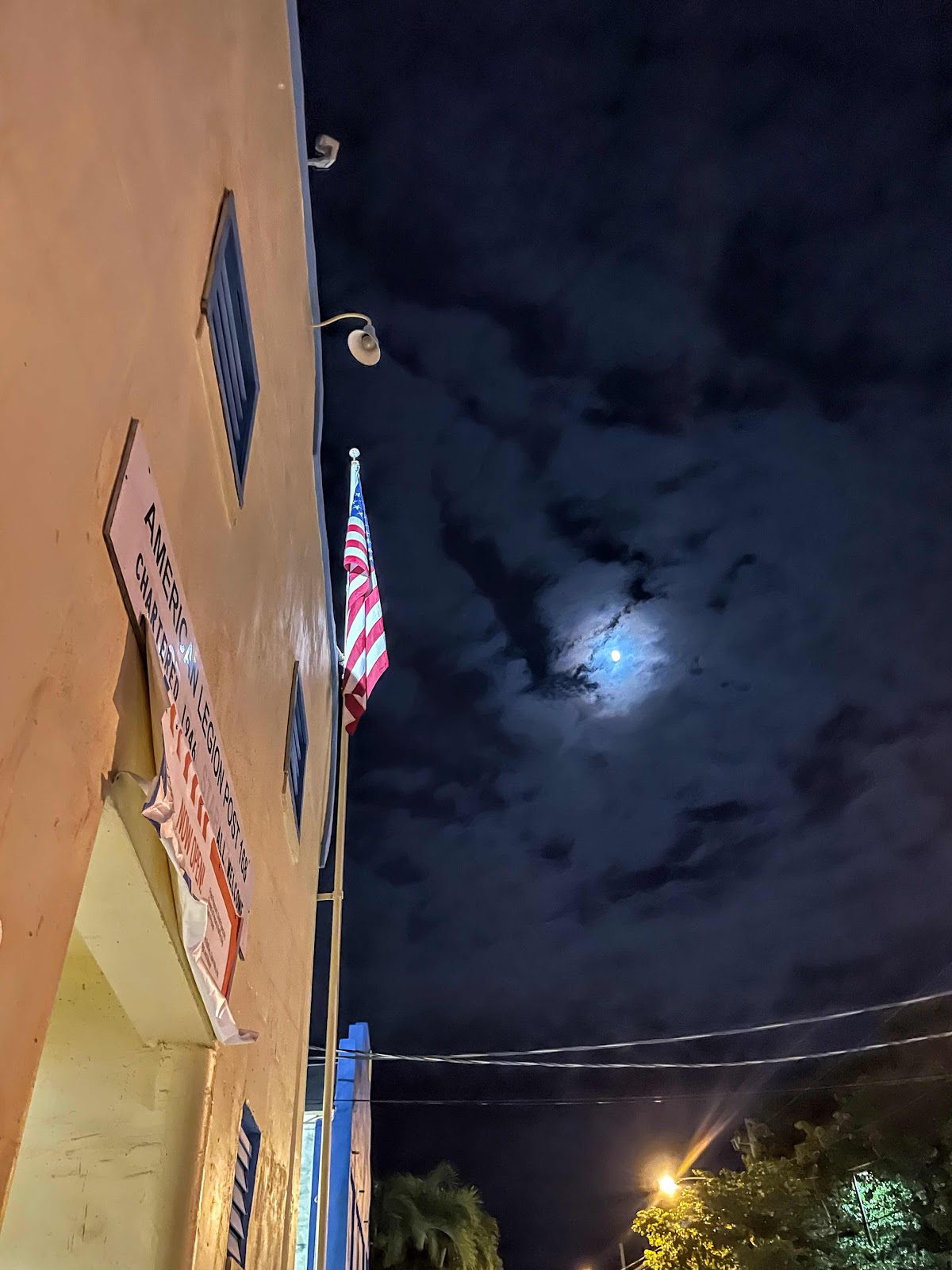 Next week the Salvation Army comes by to see what these may be left that they could use. after that we want to get Matt back with his pick up and send a last load to the dump. This process of unraveling is a total pain. We have packed and repacked the van to try to rationalize what we are taking with us. To start. totally open ended voyage isn't easy but we are taking up that challenge with a will. 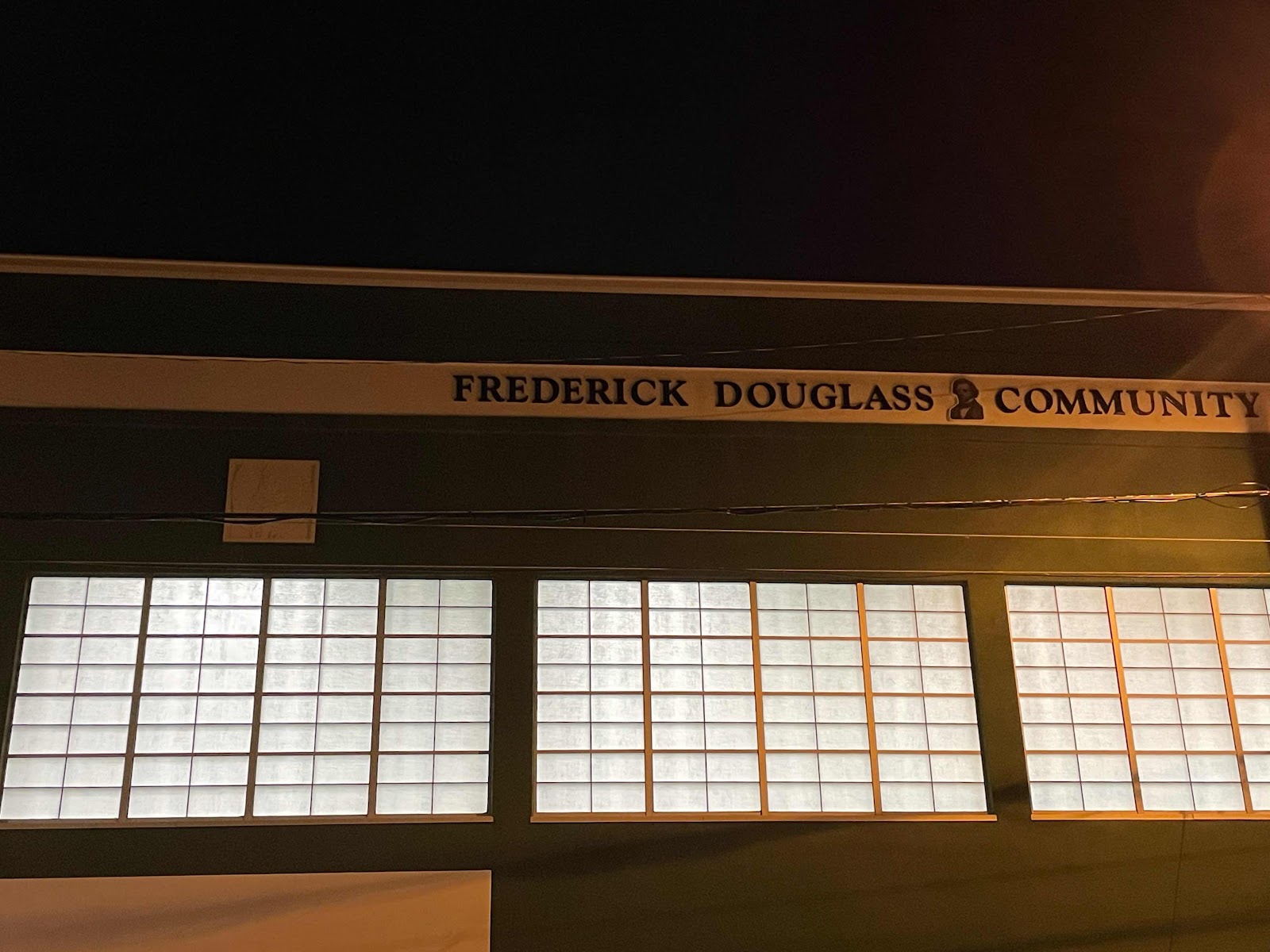 I've got a date in Jacksonville next month, a date that seemed pretty much a day like any other when I made it and now marks an inconvenient hiccough in the middle of other plans! We are upgrading the suspension and putting a skid plate under the engine and transmission. I had thought about lifting the van a few inches but the lift compromises the basic design and reliability of the front wheel drive system. 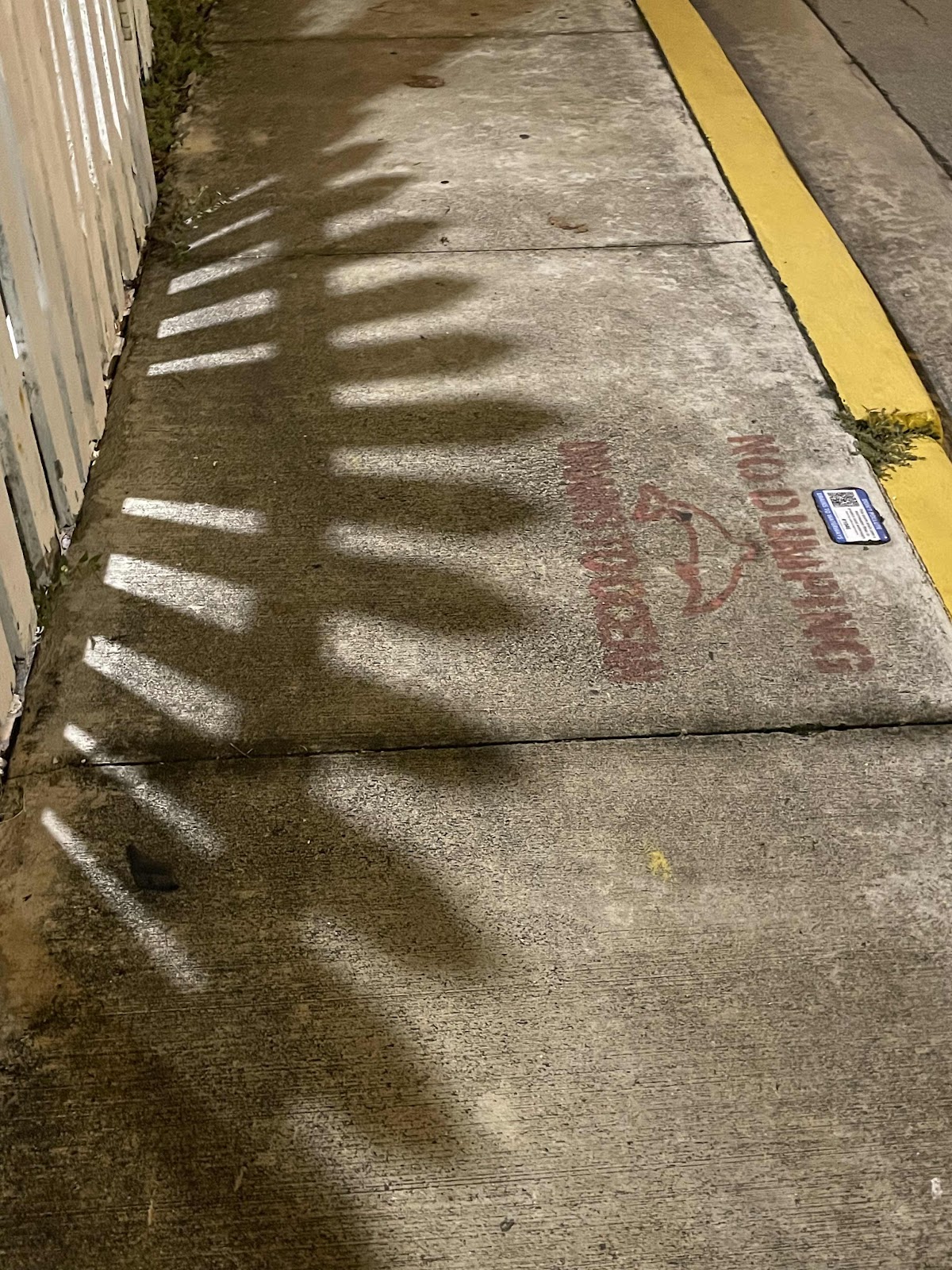 I made a joke to my wife after she had her inspection describing us as the two cleanest assholes in Florida- we both got the all clear after our respective colonoscopies so we are good to go. The whole process keeps getting easier especially as it keeps the chance of colon cancer,  a painful condition, at bay. Preventative care is well worth the irritation of the process. 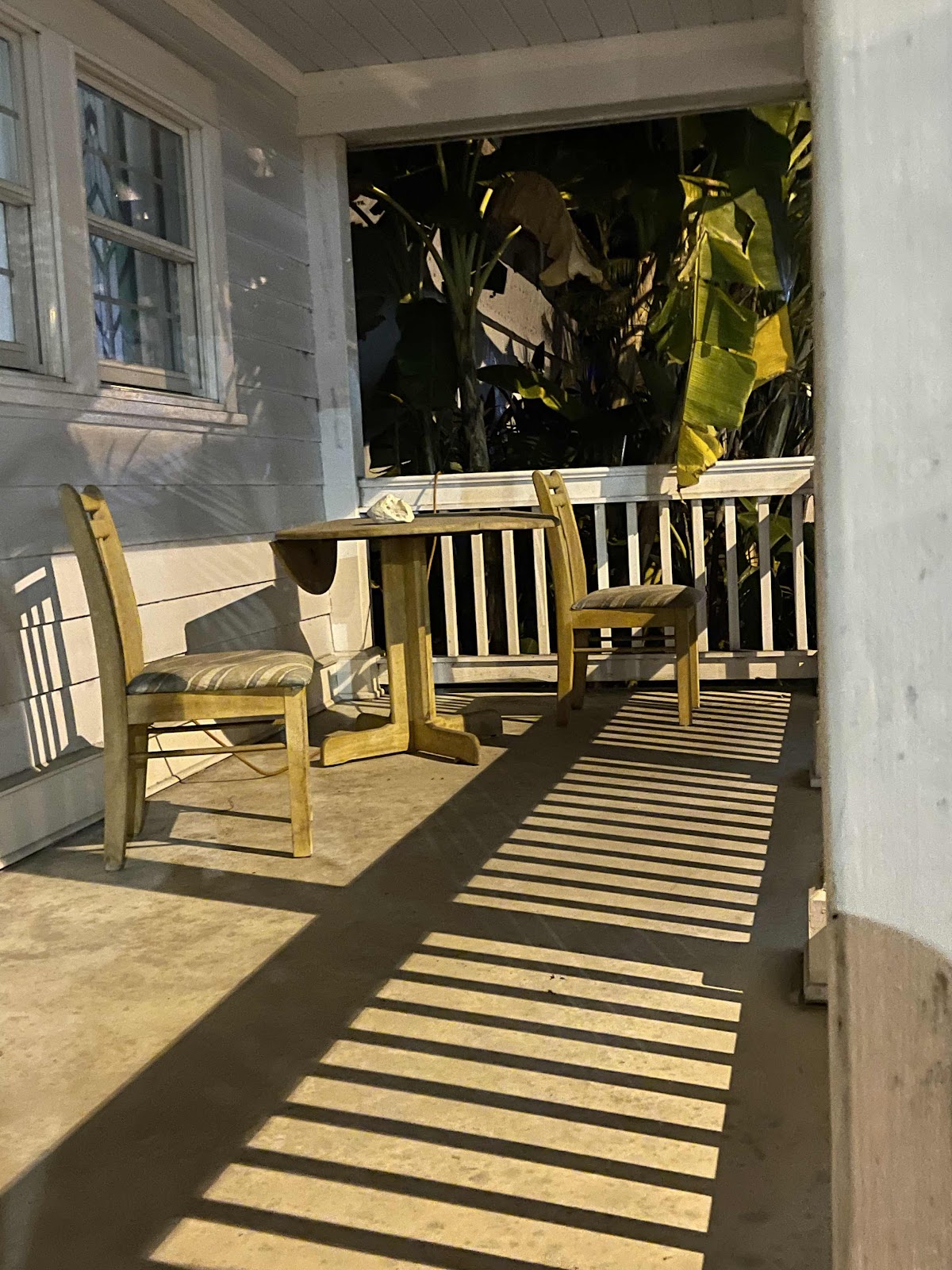 Walking Key West remains a pleasure though social distancing and mask wearing are falling by the wayside. 50,000 Floridians are dead from Covid and thousands more have side effects persisting and even more have eye watering medical bills to deal with. Yet I see local officials posting group pictures mask free without a care in the world. 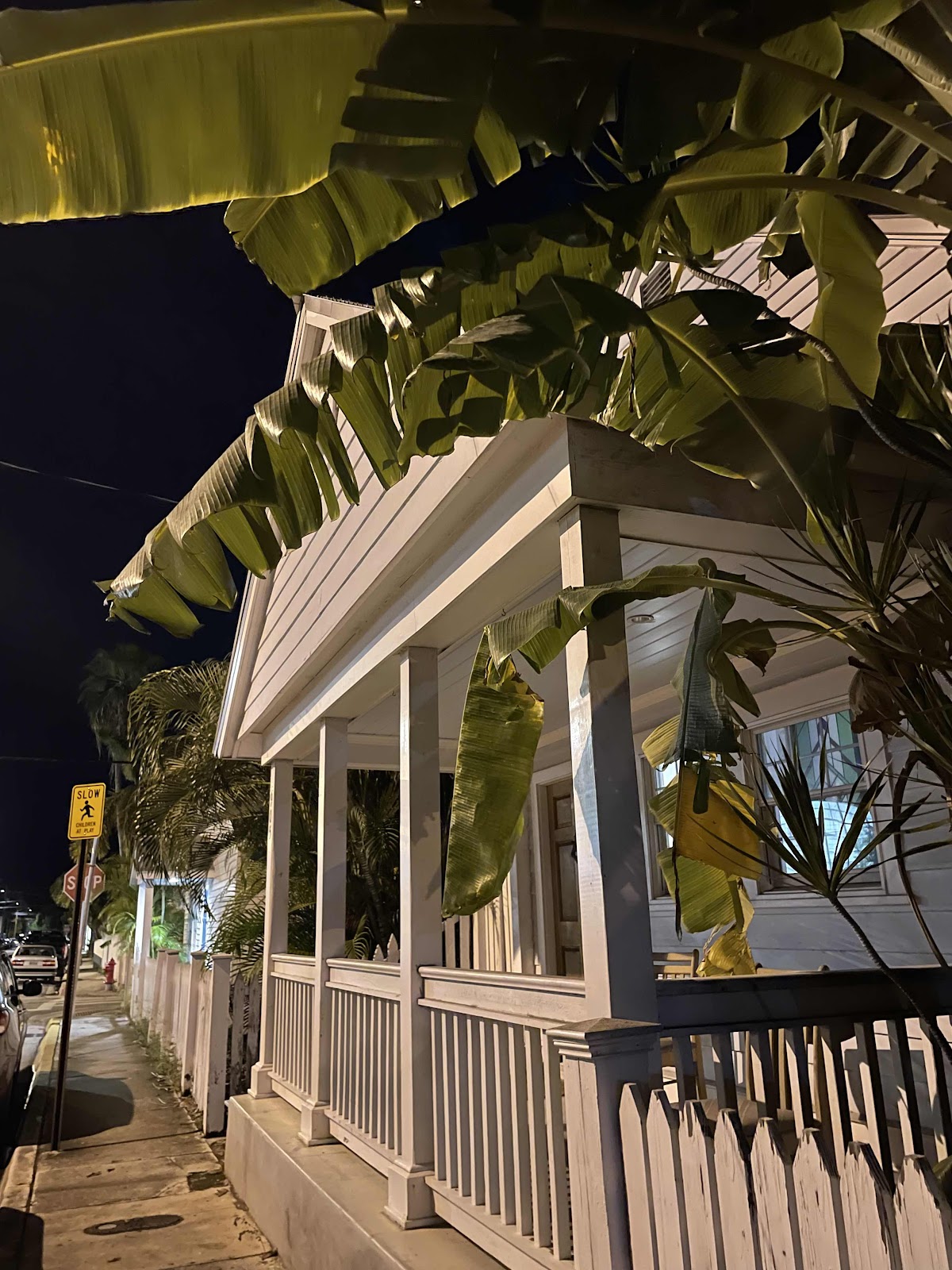 A local body builder has a go fund me to pay for treatment as he suffers the worst torment Covid can inflict. He's on a. respirator alone in the hospital, his foe continues to work at her public job mask free and their two children I guess take their chances. I cannot stand how preventable these disasters are. No one is stronger than the virus when it grabs even a body builder by the genes. 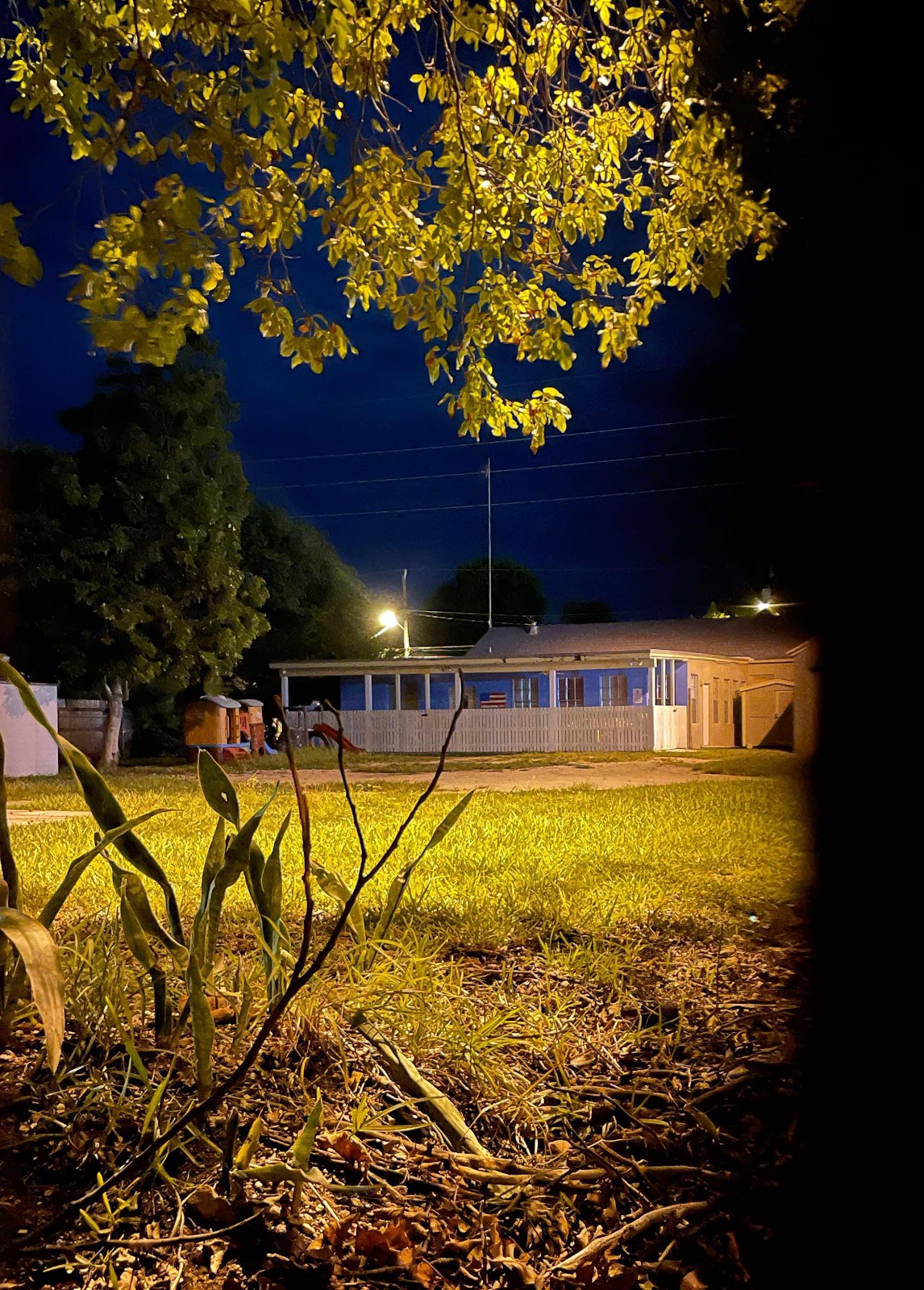 Fund raisers for illness and medical care used to be commonplace in the Keys, a community with not much  in the way of health benefits for tourism related jobs. Since Obamacare those efforts have shrunk out of sight oddly enough and I remember all the noise against expanding health care accessibility. My city insurance runs out on my birthday so as of November 1st I'm an Obamacare participant at $512 a month with an $8500 out of pocket and 100% coverage thereafter. I'm eligible for Medicare in a year but this will tide me over. 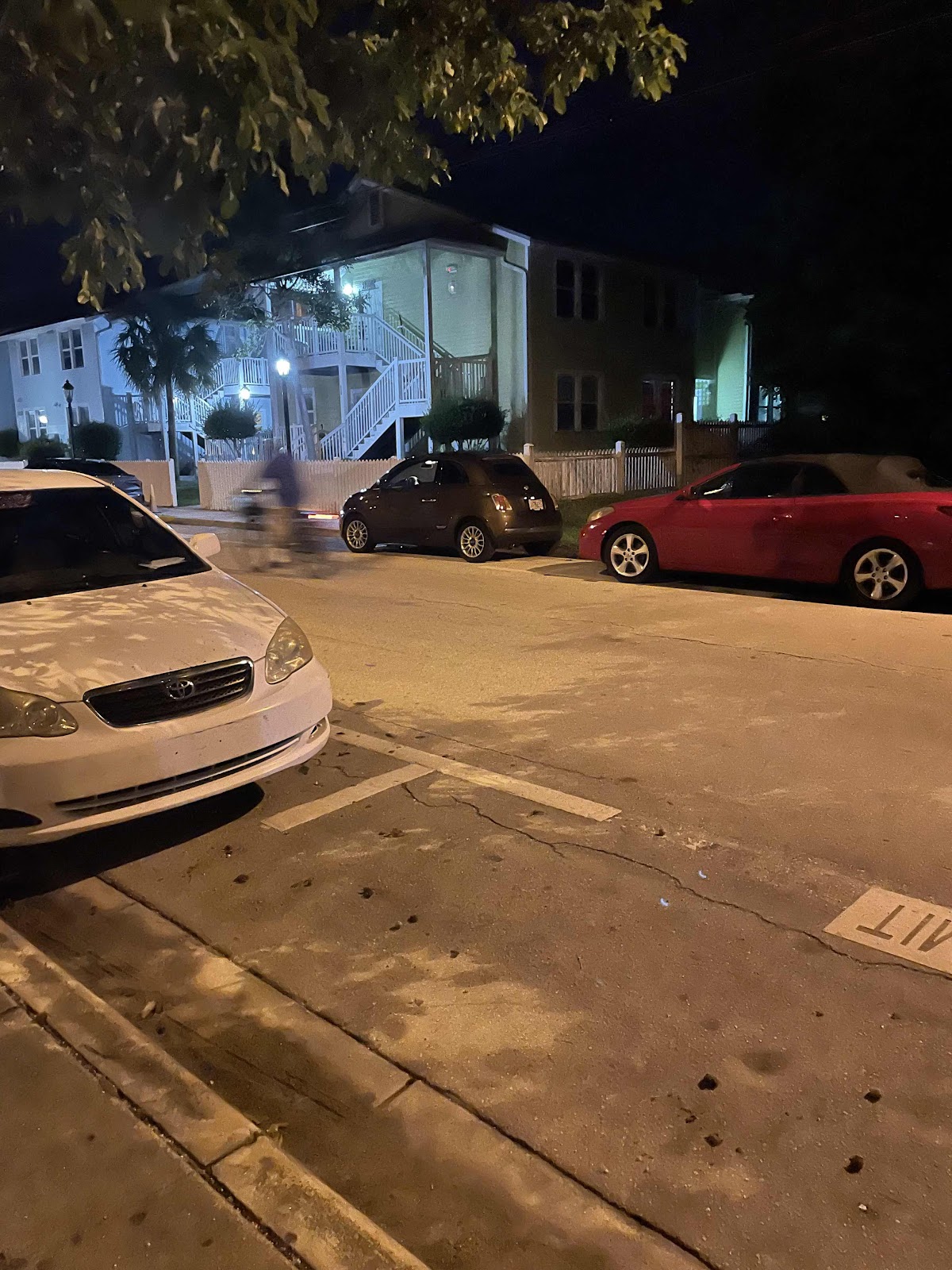 The ability to have healthcare coverage liberates a person from the need to either go without altogether or to hold a job that provides the coverage whether you want the job or not. I'm guessing without Obamacare I'd have to stayed on the job till next year but if I get sock or broken(again) I'm covered. My city job limited me to $4000 out of pocket but I'm okay with the new arrangement. Europeans with cradle to grave coverage don't begin to understand these issues. 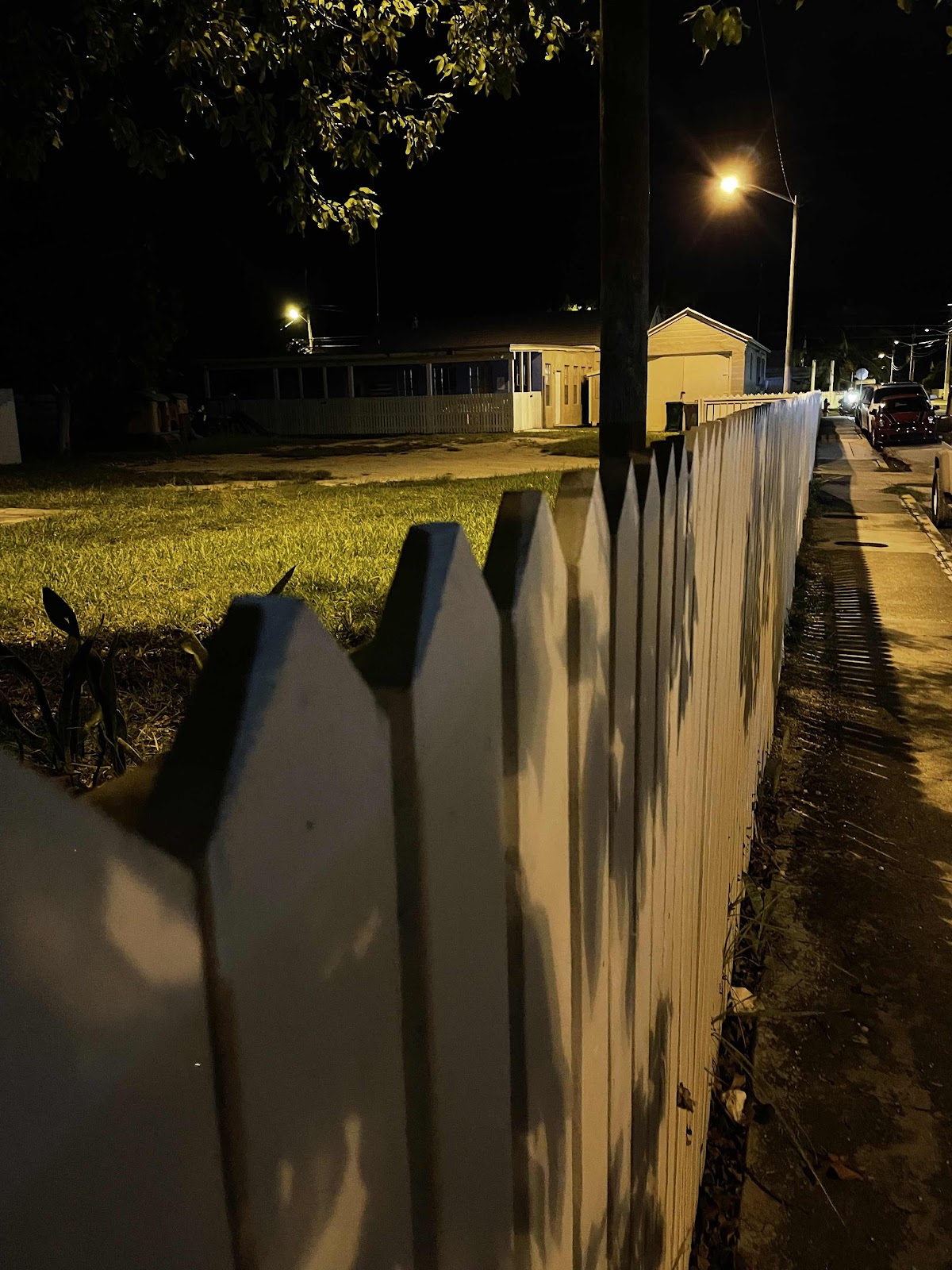 You see a man cycling down the street all alone wearing a mask and one is free to imagine he may be overdoing it.  And yet he is free to be overly cautious rather than underly. The messages we get are so mixed up who knows where our problems lie. 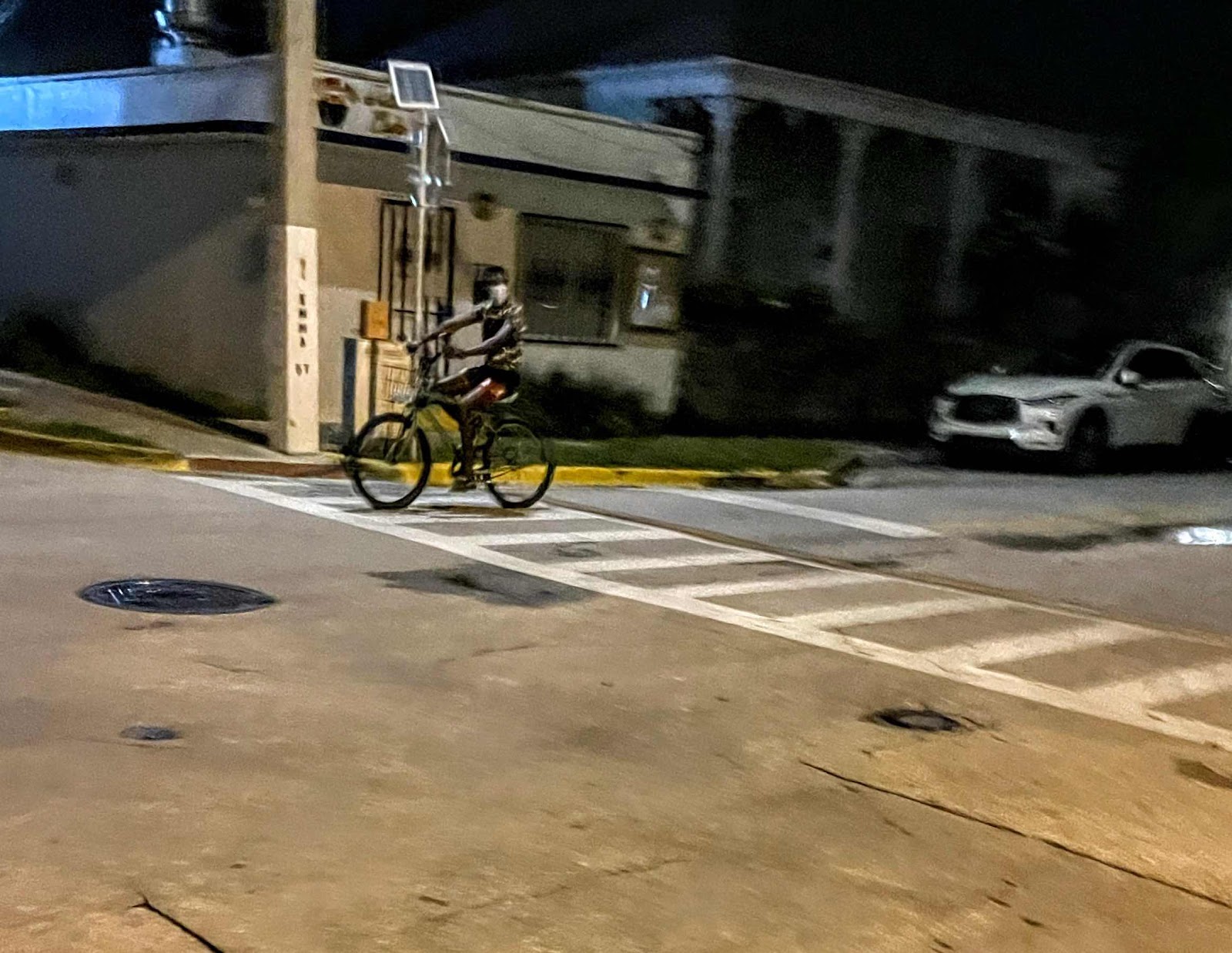 I was sweating as I walked. The feeling was familiar. Something at least is still the way you always remembered it. 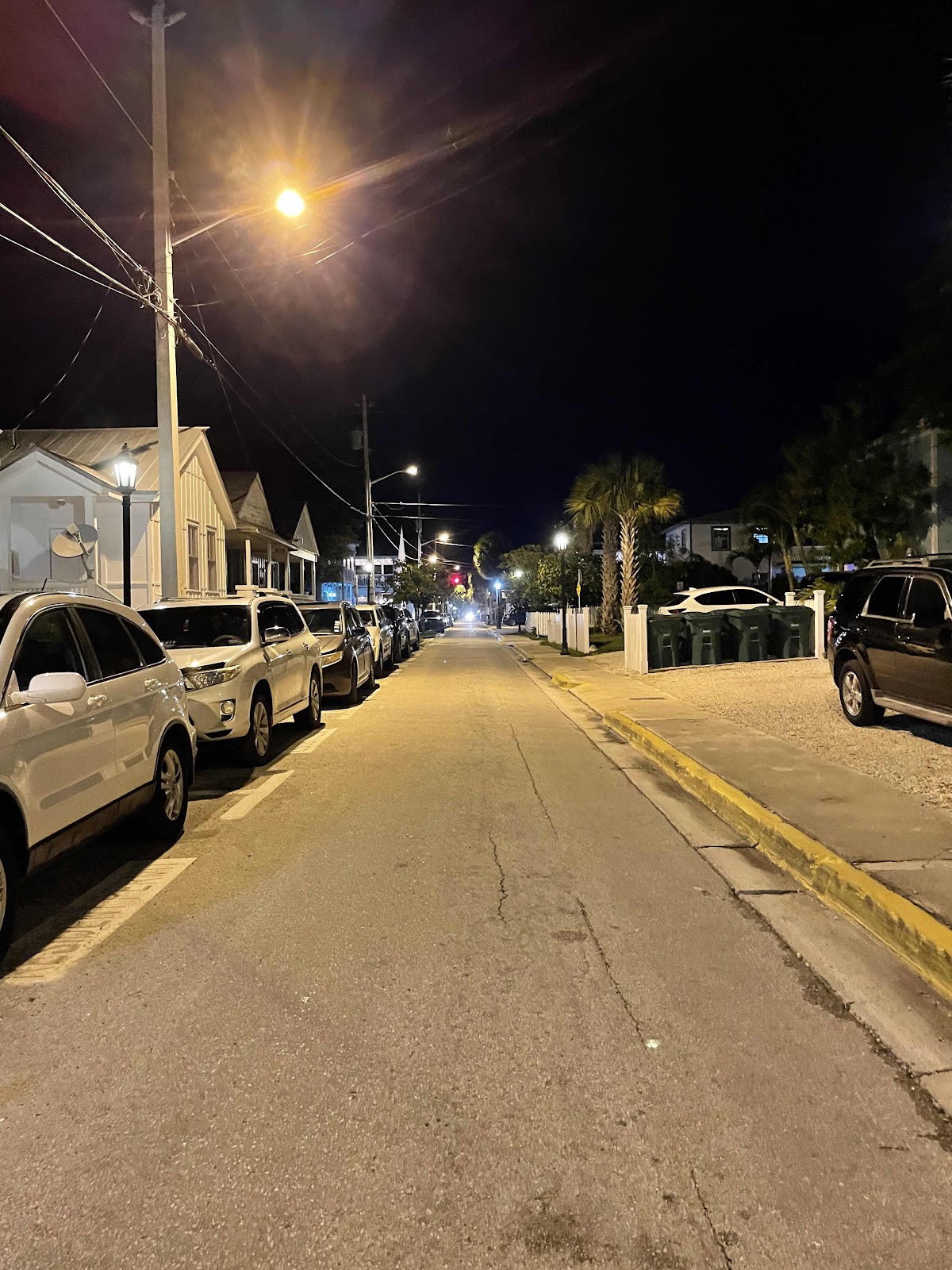