My wife got a call this morning from some hopeful who had noticed a previous posting for a piece of furniture for sale. Too late, you'll find it at the Big Pine Salvation Army store on the Overseas Highway. 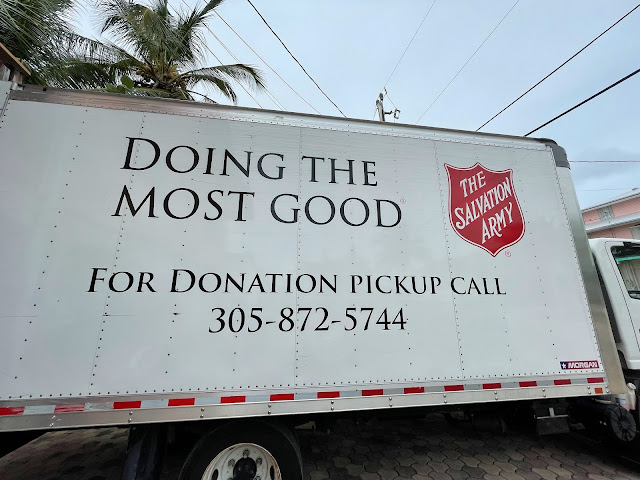 It was a still, hot sweaty day but they worked like...I was going to say dogs but as we'll see Rusty did nothing to help. He slept in the back of the van that I had moved out of the way to get the furniture truck backed up to the stairs. They said the weather was good for them, no sun blasting death rays on them out of a clear blue sky, reducing them to pools of sweat. They liked the gray still overcast with a slight breeze to help them climb the stairs up and down. I've done it a good few times in the process of moving stuff out. There are seventeen steps and they get tiring by the end of a long day. They swept up the house leaving us sitting on garden furniture with a rater startled dog sleeping on his usual beds no longer surrounded by the furniture he was used to. I felt bad for him as he stared puzzled at the empty space where his couch used to be. 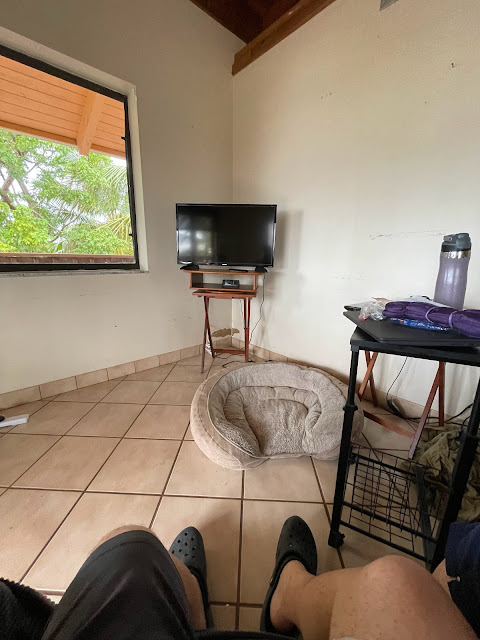 He's starting to get a bit anxious so I have the pleasure of reassuring him when his nerves get the better of him. I never leave him at home these days and he comes everywhere I go tying up loose ends. We have until the end of the month to leave but Monday is our target day to leave. The funny thing is we can't move aboard Gannet 2 at the moment because our mobile home is also our garbage scow! The few odds and ends left by the Sally Army sweep will be rolled up and loaded onto our bed and hauled three miles to the dump on the other side of Cudjoe. 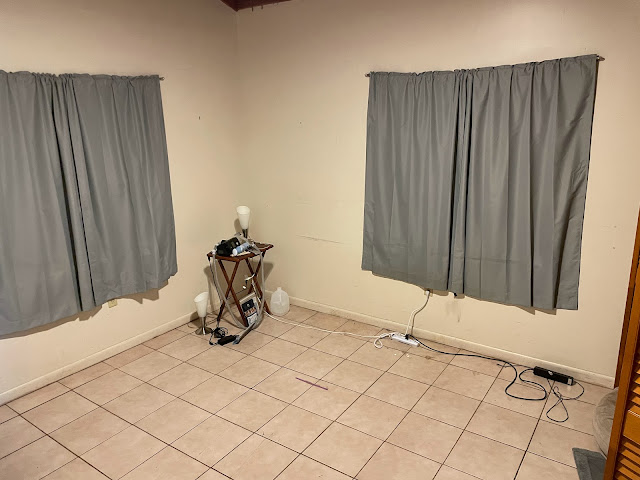 Small stuff goes in the trash cans but large stuff will get hauled to the dump Monday morning and with the van restored to its proper function, the journey will begin. We signed off on the removal, slipped them some cash for there work and stood on the deck to say goodbye. My mind started wandering as I looked out across the expanse of sheet metal that constituted the one piece roof of the furniture van. Hmm, I said to Layne, we could make a pretty comfortable cottage in there when we get tired of driving foreign dirt. Lots of room for solar panels and we could have a fixed bed and a couch on there. I started speculating idly on the McMansion possibilities. Layne liked the idea of the tailgate as a folding sunset deck. The delivery guys laughed at us, with us perhaps as we turned their tool into a vacation home in our minds. 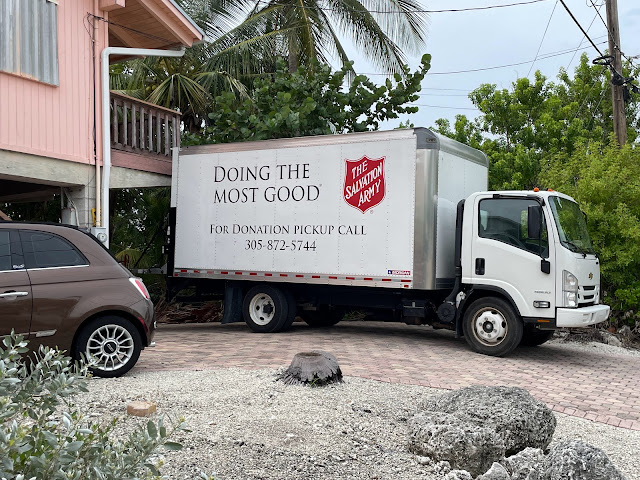 I jest, and at this point Rusty is starting to treat the van as his home so we are all set. Offload the leftovers, fill up the tank and off to the Great Unknown. 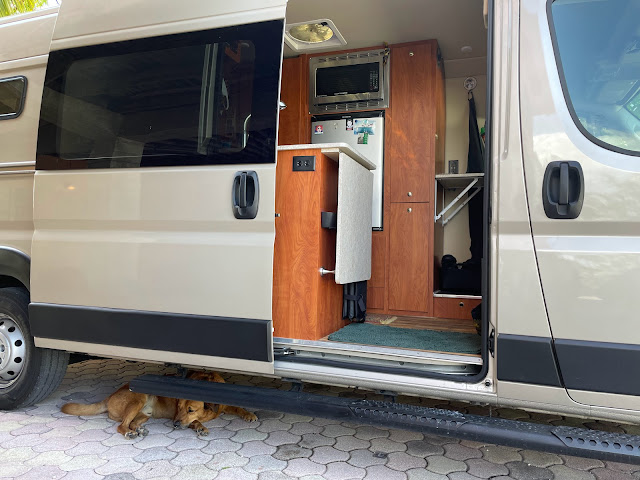 Rusty practicing for life on the road as a houseless van dweller.
Posted by Conchscooter at 4:00 PM No comments:

It's my wife's fault, all of it. She planned our path to retirement and she played the ant to my grasshopper. I was a willing participant and I approved the plan. It has worked perfectly. Not without the occasional shudder and debate, but here we are, our last weekend in the Keys. 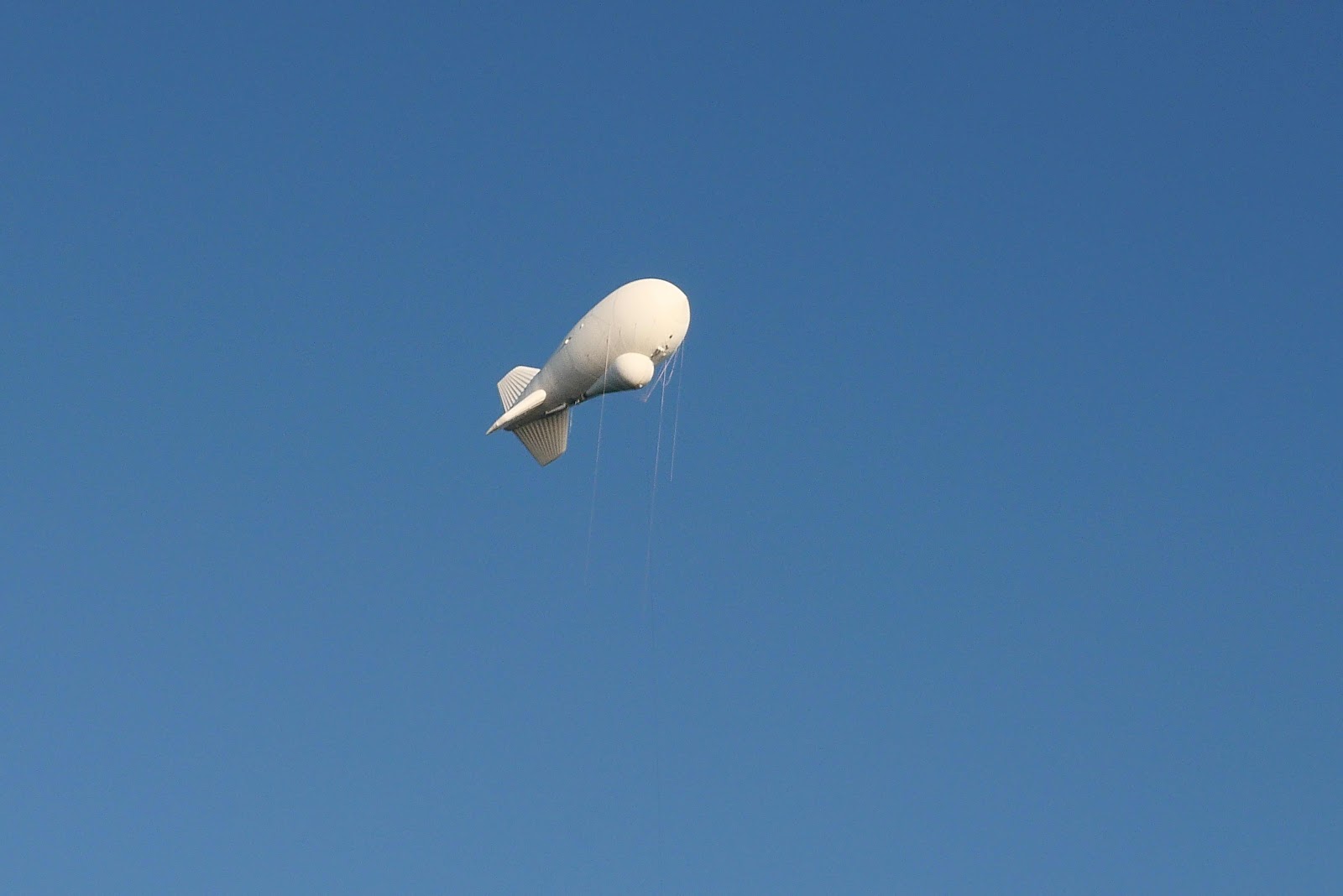 I read an interview last week with noted Scottish comedian Billy Connolly who has moved next to his daughter in Key West in what the interview said is the final stages of Parkinson's disease. Yes, I thought to myself, the perfect climate in which to grow old and die. He even likes to fish when he is well enough and I only like to fish at Publix. Nothing in common, time to move on. He has enough money to live easily in this tropical pearl, a not inconsiderable consideration. 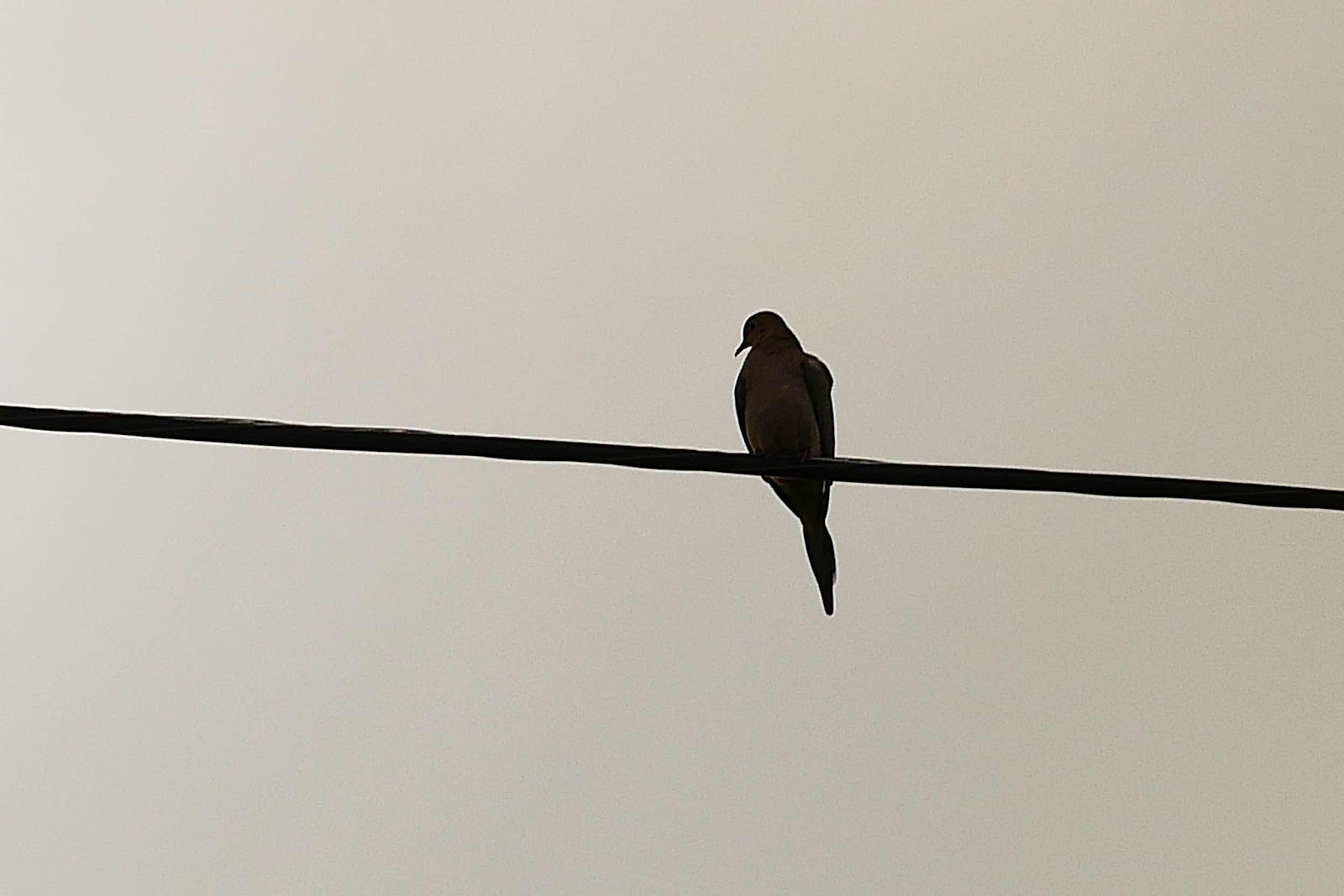 How odd the human brain is, seeking logic and justification to explain and reassure itself. I'm doing the right thing!  Change is good! And yet the sadness of good byes is always there. Because they are good friends they reassure me that we will meet again, next year same place, that we are doing the right thing and so forth. 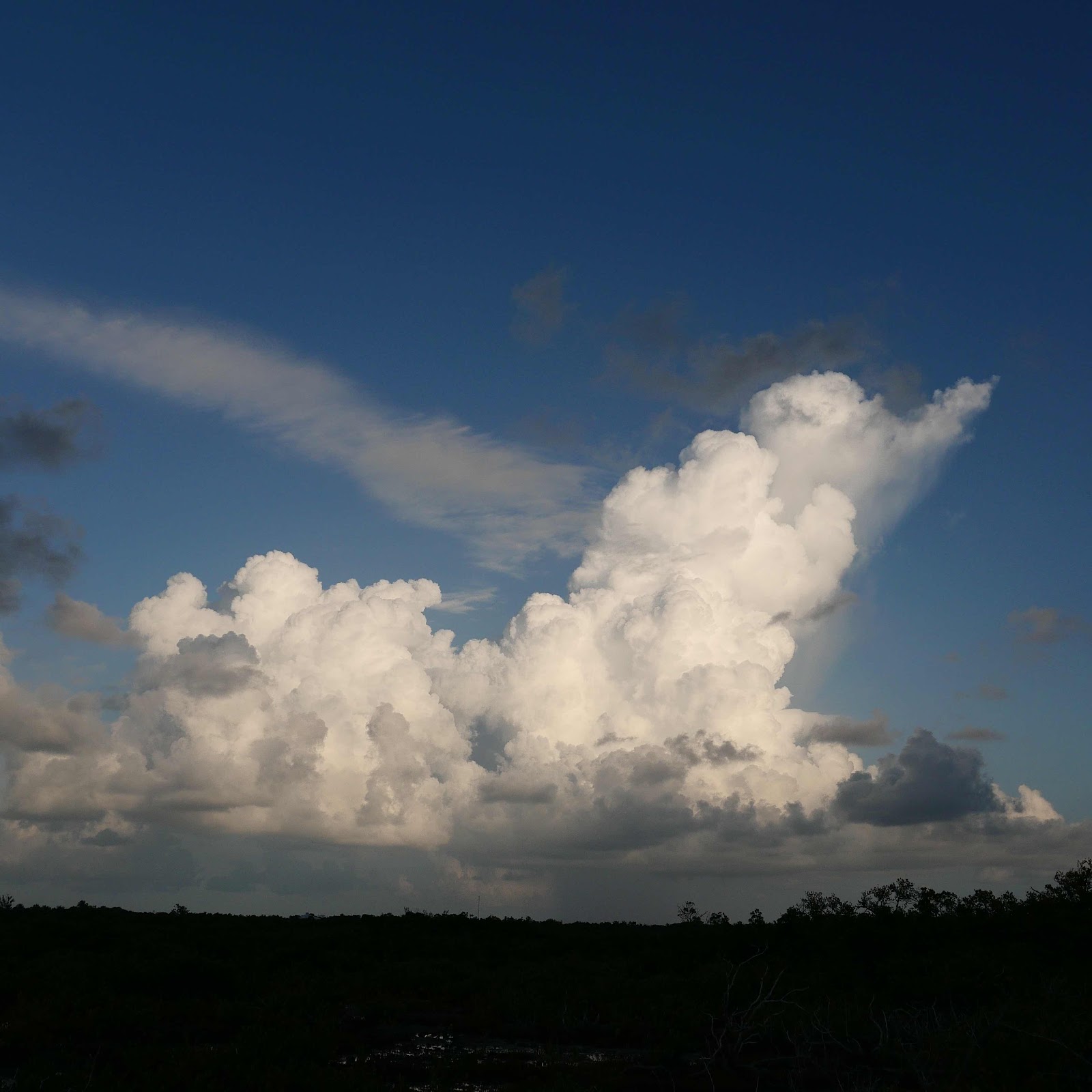 My rational brain is clear on the motive and the desire, but then I look at Rusty, because I am irrational and I wonder how he will enjoy the change.  My wife, the smart member of the team as I said, points out he likes anything as long as he is with us. Of course he does. He even hops into the van of his own accord these days and he'll push Layne off the passenger seat if she gives him half a chance. 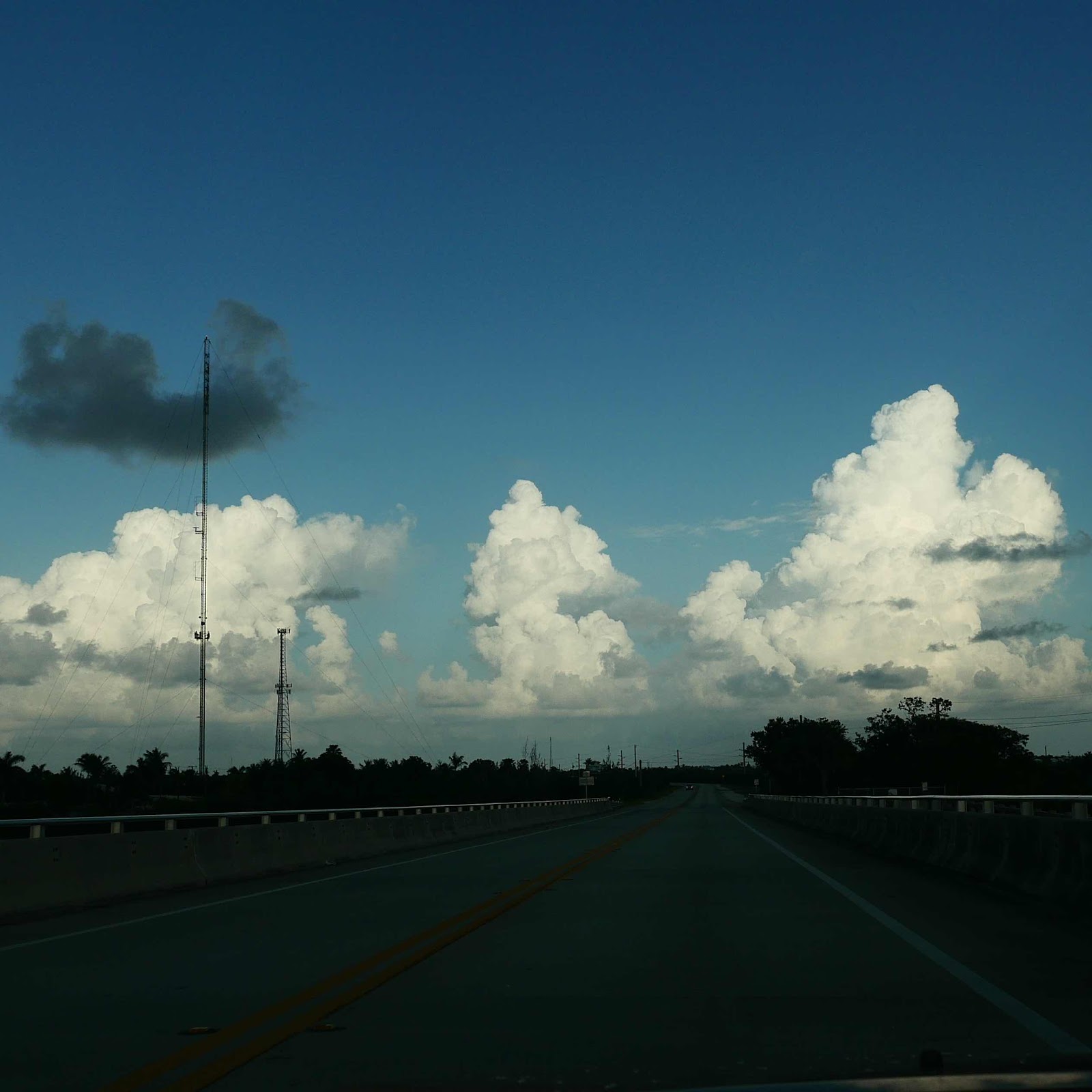 The thing about leaving the Keys is that so many people want to live here. It's perverse, so I tell myself I am making room for someone else. We sold our house five years ago and took a rental as the first step in our five year plan to depart and now the landlord has hired a realtor and the house will be tarted up and put for sale. Probably not to a working class slob in these overpriced islands. 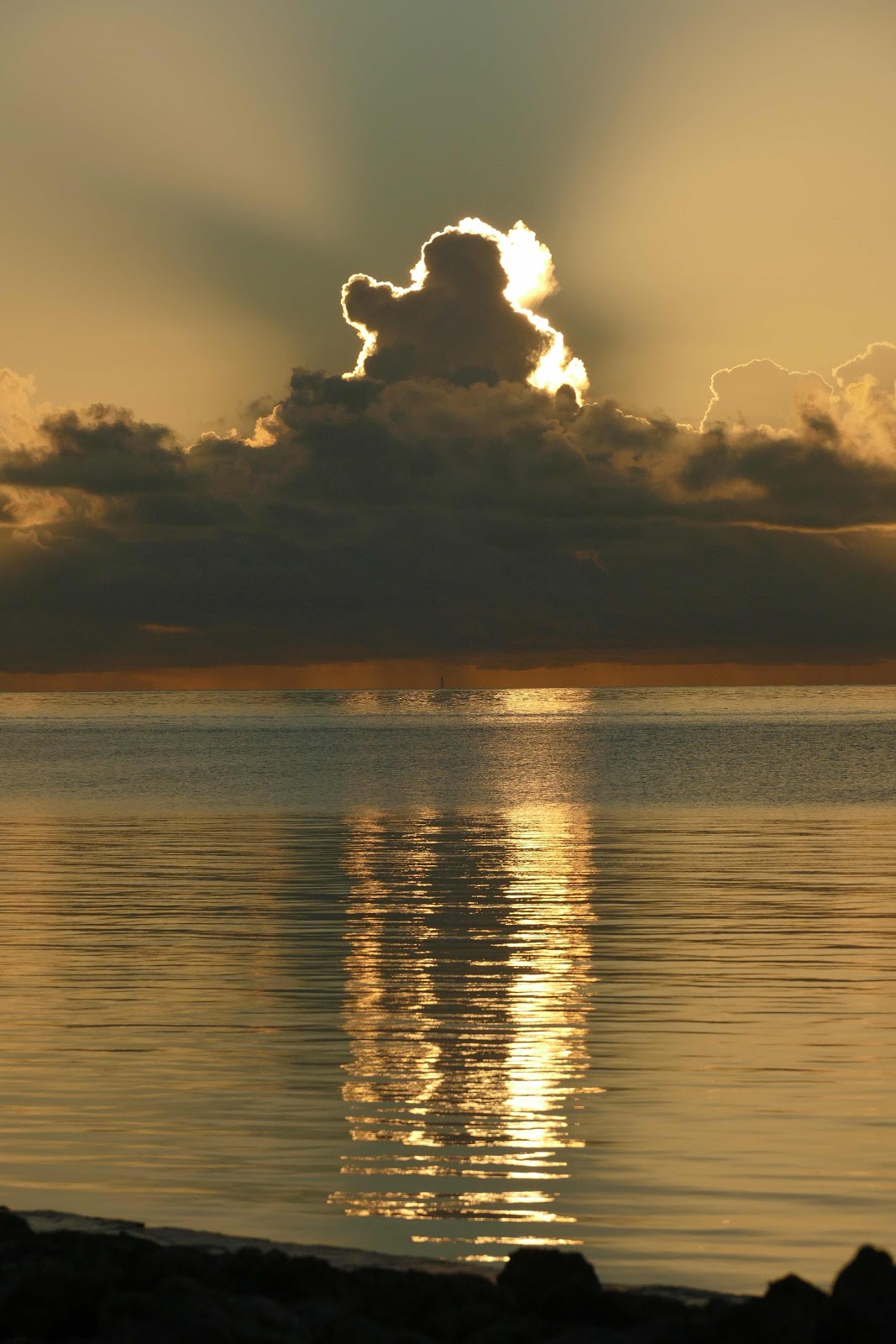 Those days of bright skies and dark mangroves alone with my dog and my camera are the best of times for me. I've done the boating, the camping at Fort Jefferson, the alcohol at water's edge and under tiki huts, the usual tropical stuff. It's been fun and we have met the kindest most thoughtful people in these island suburbs. We've also seen people leave for one reason or another. We are at an age where aches pains, accidents or even death are not unfamiliar. Every day has to count. 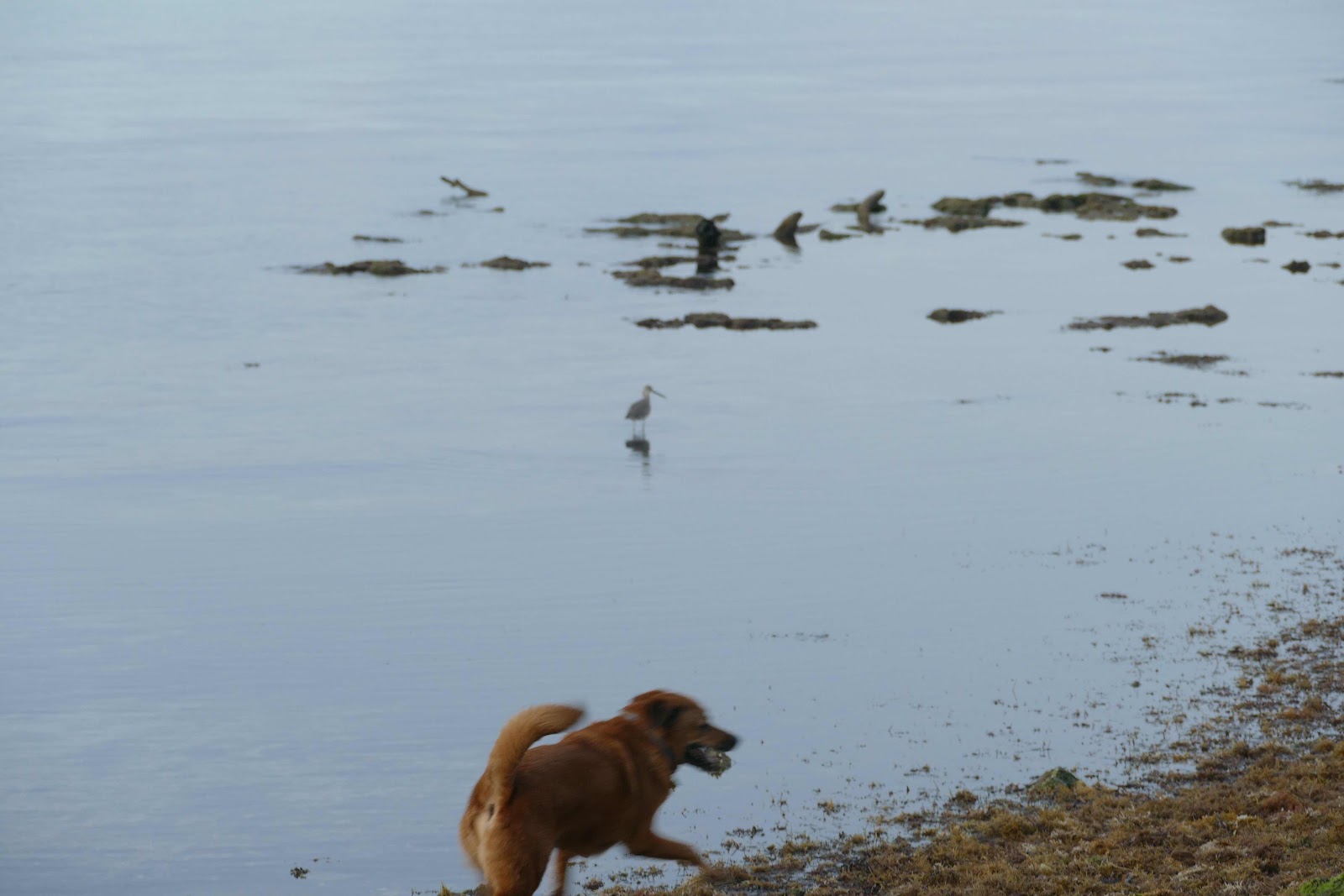 Rusty has come alive with us, a foundling surviving by his wits after being dumped on the edge of the Everglades. He lived where other strays died according to the rescuers who watched him living by his lonesome for months. Dr Edie, the mobile vet, came by and gave him all his shots and inspected him and declared him fit as a fiddle. I declare him mentally sound and ready to go. I like to think I am right. 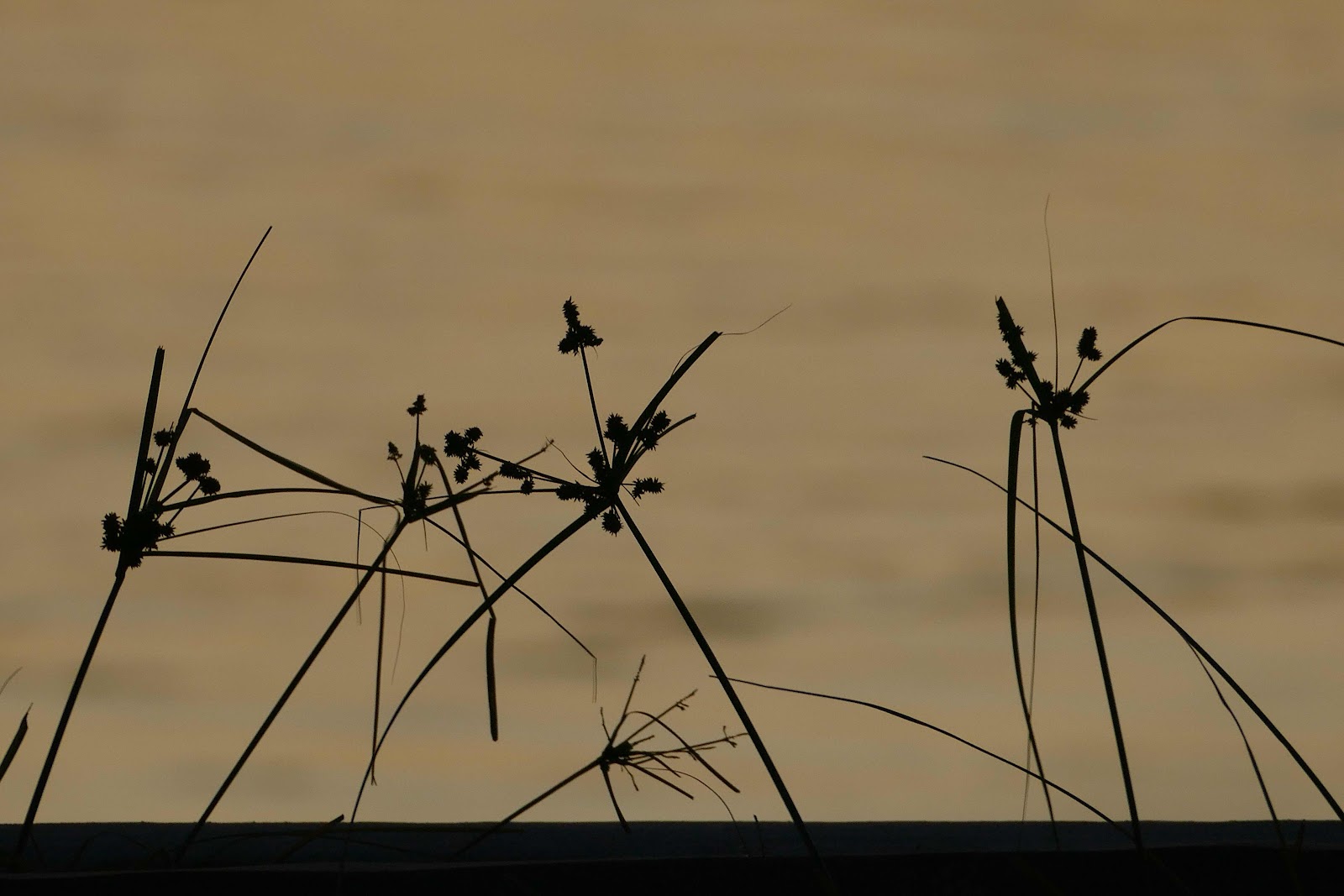 It takes a lot to make friends in the Keys, a community that sees all too many incomers leave rapidly when they discover the pitfalls of making a life in an expensive community with limited opportunities. You have to stick it out, accept the rejection, wait patiently for friendships to mature and then find yourself on the other side of the weird Keys friendship equation. You find yourself passing judgement on other incomers, you calculate the distance to be traveled and whether you can be bothered. Drive across town for... what? Some people won't cross town, some won't drive further than Stock Island, others see Sugarloaf Key as the dark side of the moon and unattainable. 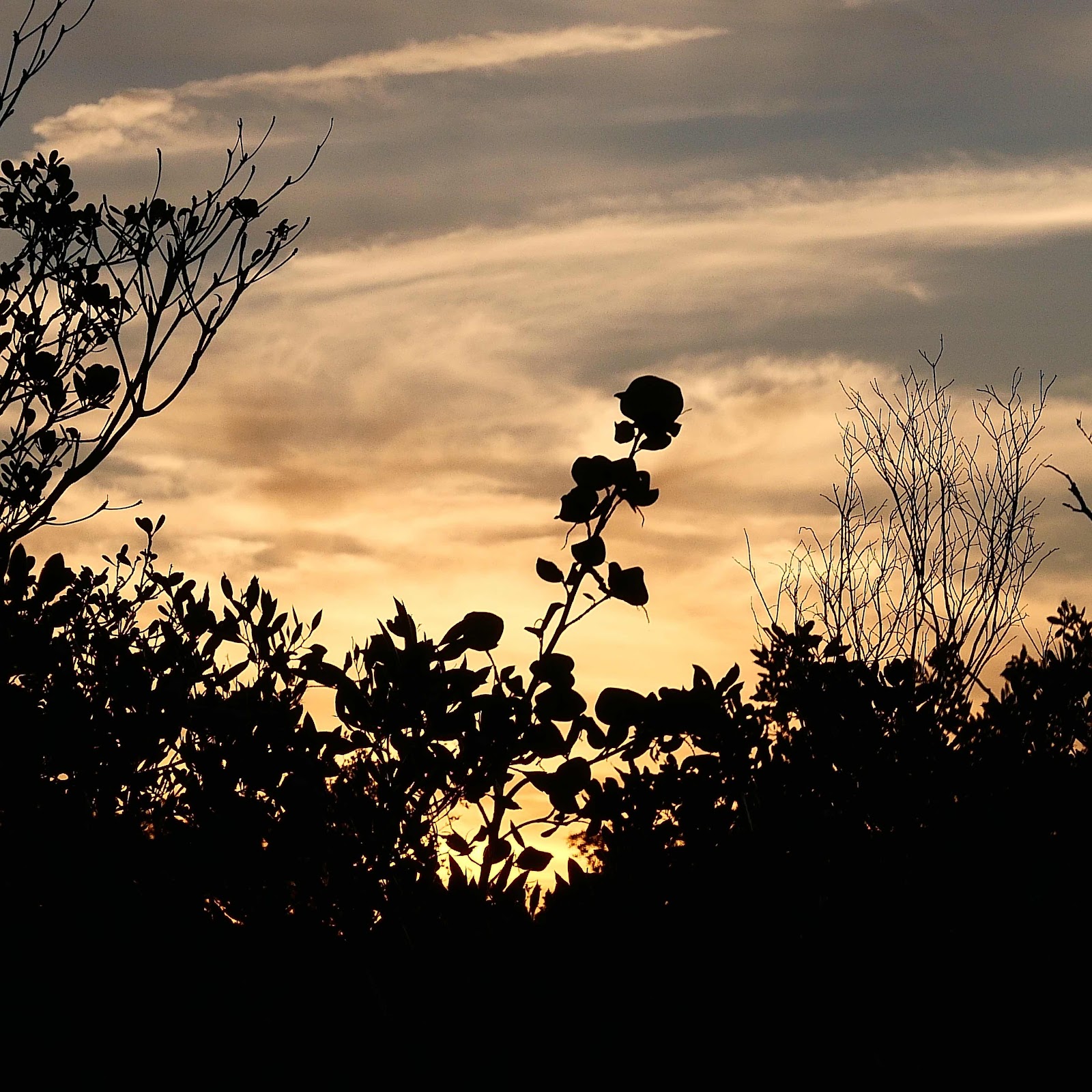 Then your time comes. Some friends die, it happens, some get sick and leave to live with caretaker family members. Some get tired of the money struggle. Some marry and leave, some marry and become themselves part time residents, snowbirds, the invisible residents. Snowbirds are those people who live a few months a year in Paradise and  then claim to live here because everyone wants that privilege.  Then your turn comes and off you slide into invisible former residency status. You tried, you failed you gave up and those still hanging in try to remember you. Or not. 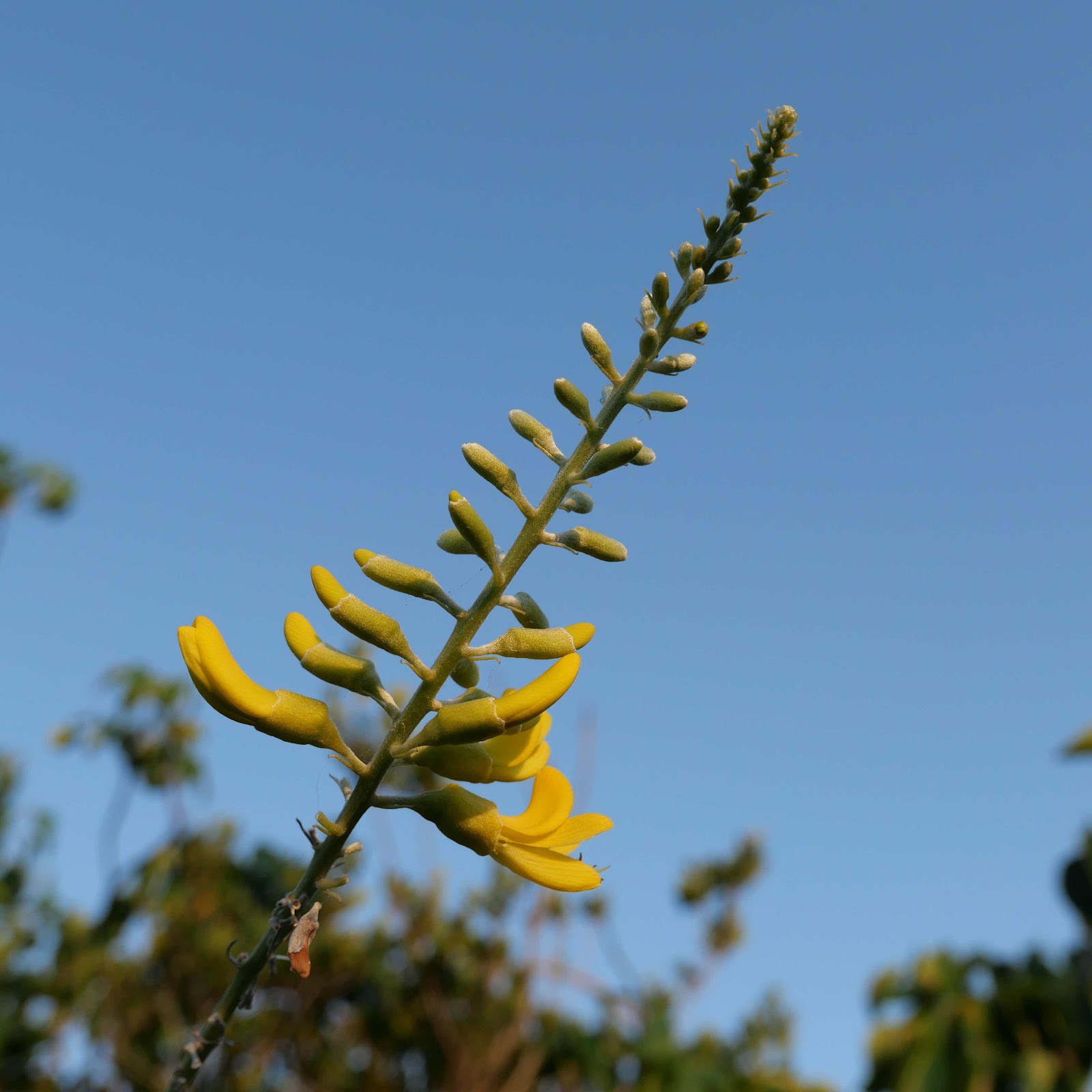 Some people who turn up here think they become "fresh water Conchs" pale imitations of the people born in, and raised with and imbued with Key West. Some incomers resent Conchs for their exclusionary lives but that special status comes at a price. We have all been Conchs to some degree in other worlds, places perhaps less desirable and less beautiful but they were your home base, your security, your place of acceptance. The place where you knew you belonged come what may, where you had memories and achievements with others obliged to accept you for your history. To be a Conch is to have special privilege in Key West but it also requires total dedication to the family and place. Total commitment that fresh water Conchs can never achieve. They are just incomers of long standing, useful, appreciated and even liked but they are not the ruling council members, those who lived here "back in the day." 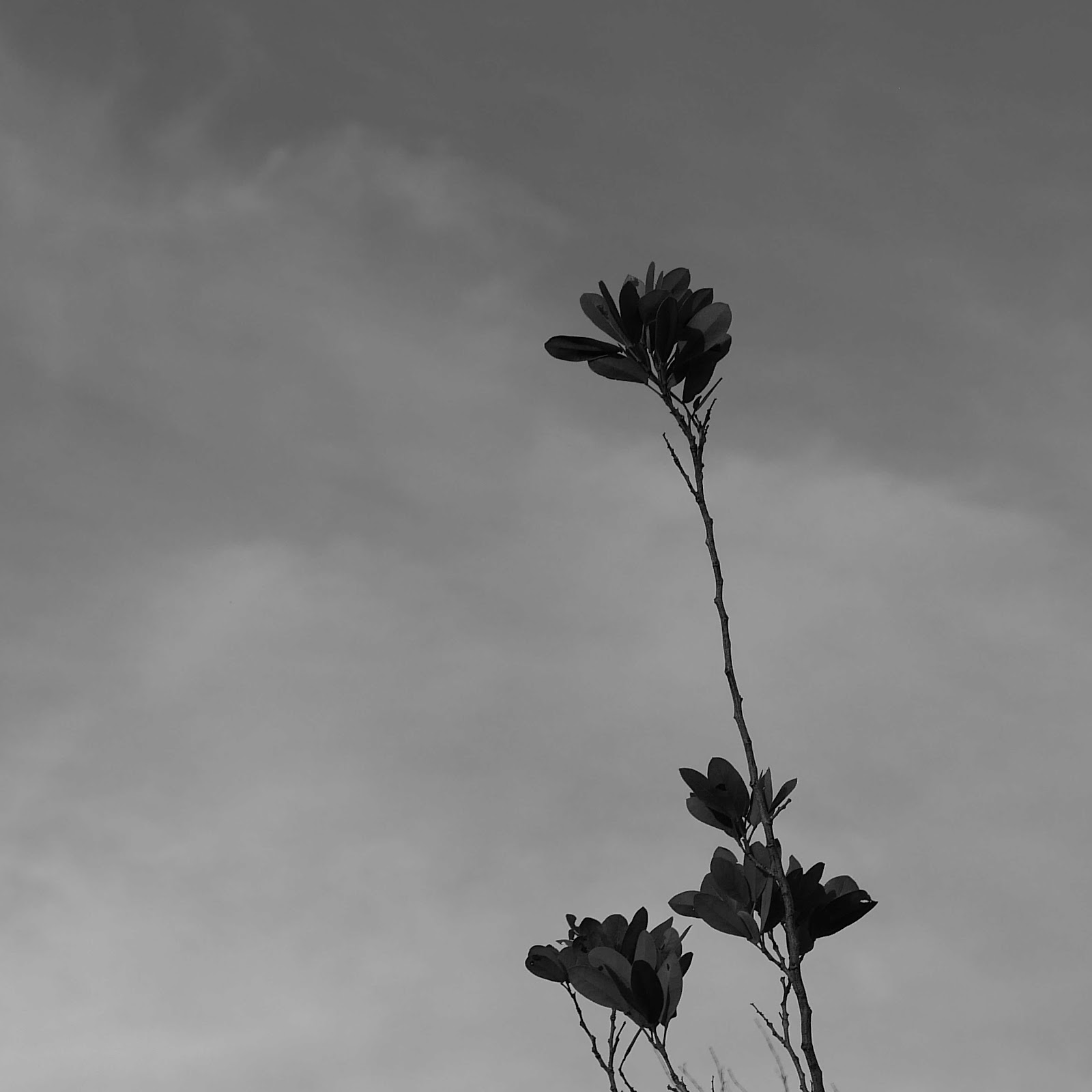 I feel lucky and privileged to have had 21 years in Key West, serving at the pleasure of the Conch community and being rewarded with the tools to move on and live a better life by my eccentric standards. I'm always envious in some small measure of those who live settled lives but when I try it, and I have repeatedly, I get itchy irrational feet. Just so now. I want to move and thank heavens my wife does too. 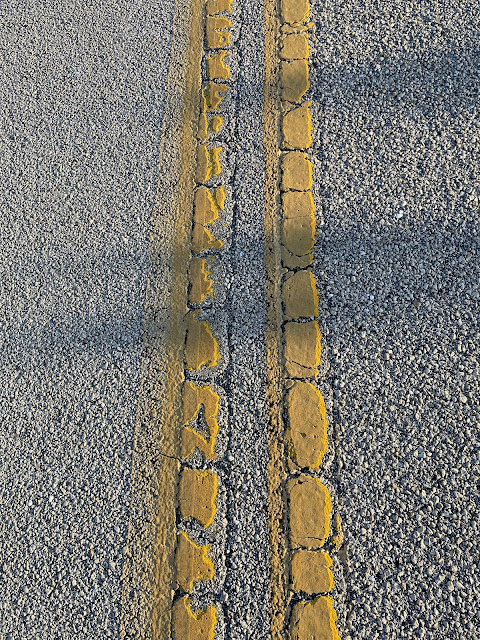 Ask me where I'm from and I have no idea, too many places to list. But now I do at last know where I have been happiest and where I wish I were from. From here on I shall claim Key West as my home and certainly the place where I have lived longest, and from where my pension checks originate. Good enough for a nomad, good enough for me. Thank you Key West.
Posted by Conchscooter at 8:11 AM 9 comments: