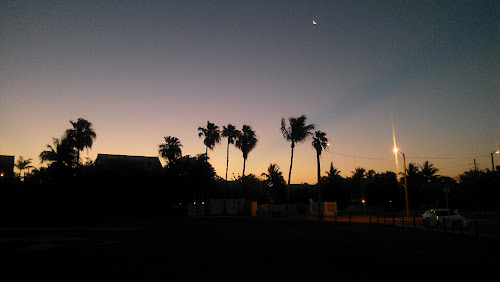 A late cold front brought much rain to the Lower Keys and the north wind that followed has kept summer at bay quite successfully. Early morning temperatures have been close to seventy degrees and walking Truman Waterfront before the sun came up almost have me goosebumps, in my inadequate t-shirt. Sounds silly? Blood thins in constant heat, and May usually marks the start not only of rainy season but also high humidity season. Yet here we are, hot by day, cool by night and dawn brings crisp perfect sunrises against a cloudless sky. 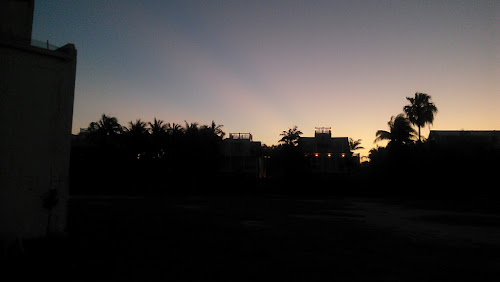 Plans to develop Truman Waterfront are moving forward and this pleasantly disheveled 34 acre open space yielded to the city by a shrinking Navy will soon become something pleasantly bourgeois and landscaped and filled with useful activities. It is our communal fate in a world filling with evermore people recreation must be regimented.

Enjoying unspoiled landscapes in an urban setting is no mean feat in a town as small as Key West, so I come here as often as I can to make pictures and memories of this useless open space that will itself soon only be a memory. 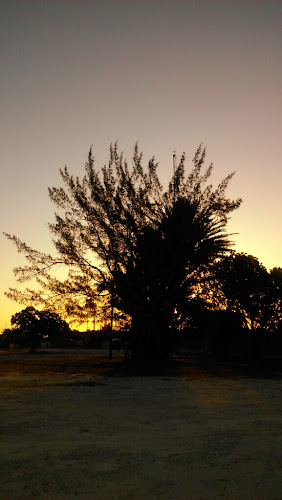 I have no doubt tennis courts and shade trees, parking and bike paths are all worthy things and an amphitheater could provide a spectacular setting for outdoor performances, yet I still wouldn't at all mind something less organized. I like the idea bruited by some less orthodox souls that the city create a park with fruit trees and perhaps space for a local market and so forth but I suppose needs must and paving is coming. 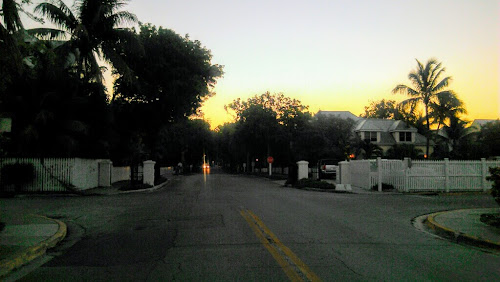 The Navy fond the land to be surplus to needs but decided at the last minute to close the basin to civilian boats thus scuppering plans to build a marina, a development the developers proposed would pay for the park in a rather dubious lease back program that had the city paying the developers to manage the marina. That's all gone now thanks to the Navy so perhaps development plans could be moved forward perhaps a skosh less grandiose. I have enjoyed lovely open air concerts inside Fort Zachary, and I shouldn't mind so doing agin. 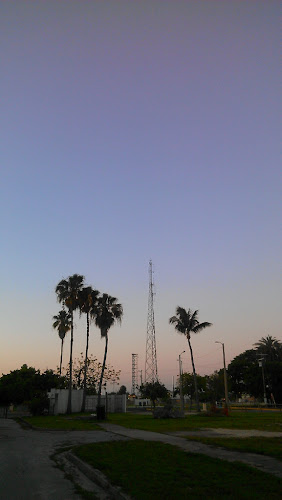 The cool morning air gave crispness and clarity to the air and I thoroughly enjoyed trailing Cheyenne in her endless pursuit of who-knows-what across the waterfront. 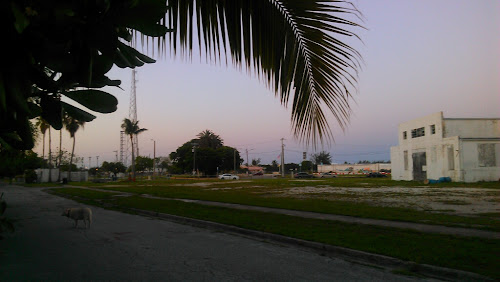 And we were alone, the bliss of summer in Key West. A good time to walk and think and say nothing. 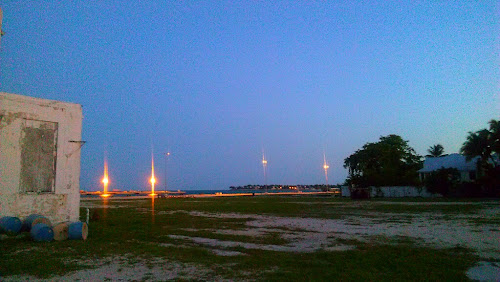 Mornings have been good for a while. After the warm dry winter I expected by way of compensation an early hot wet summer. It has rained but the heat and humidity usually slow Cheyenne down quite a bit. Thus we have been walking quite a lot among the homes and trees of the Lower Keys. 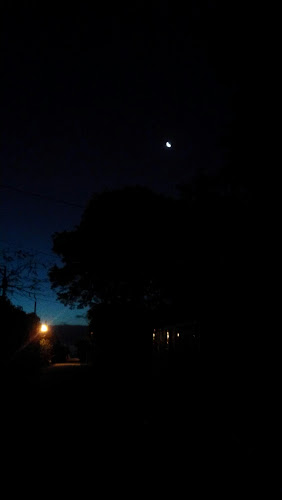 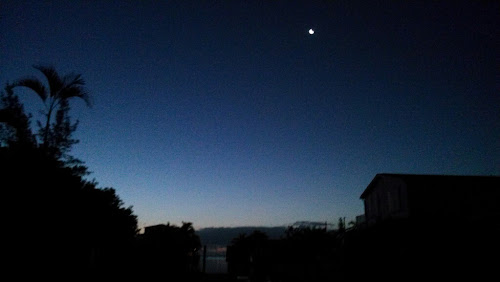 Cheyenne tends to walk with her nose down, mine is up usually. 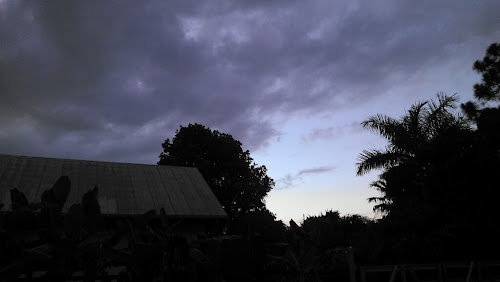 And then after the sun comes up the colors come to life in the city: 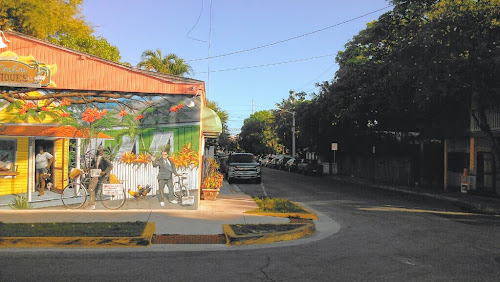 Camping in the mountains of California I'd wake up and watch the sun scale a line of granite, the shadows retreating as the sun progressed over the valleys. Here in the flatlands the movement of the sun is measured by the retreat of shade across a street.