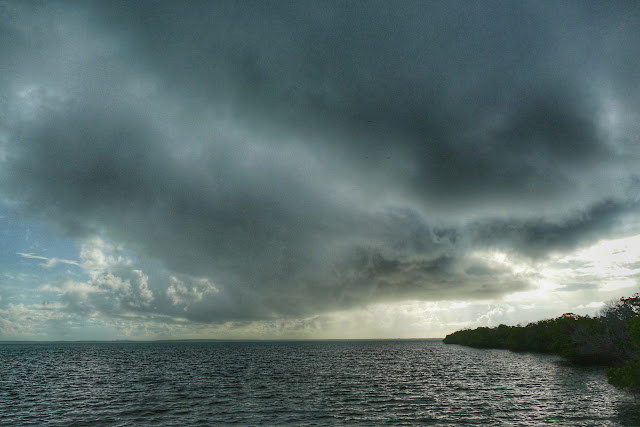 Equivalents is a series of photographs of clouds taken by Alfred Stieglitz from 1925 to 1934. They are generally recognized as the first photographs intended to free the subject matter from literal interpretation, and, as such, are some of the first completely abstract photographic works of art. (Wikipedia) 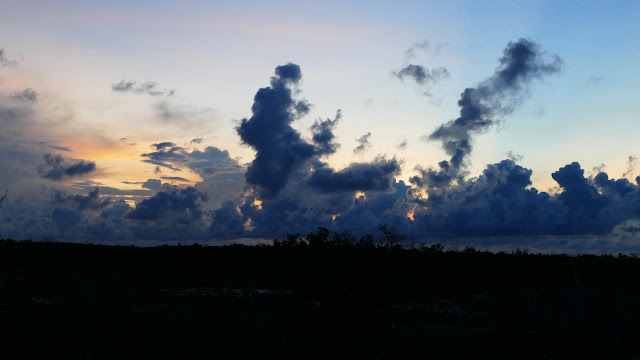 I have always enjoyed what Clyde Butcher, my favorite landscape photographer calls  "Florida mountains." I have tried over the years to photograph them and here I go again, during a  mangrove walk early one morning recently. Thus summer has produced, amidst all the climate crisis bad news, some truly superb clouds. Thunder, lightning and moisture: I love the summer drama over Florida. 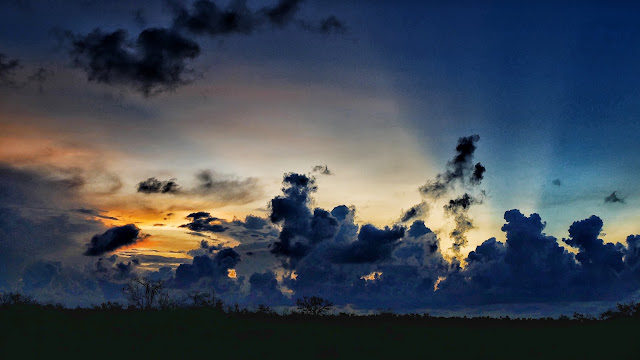 A pelican under cloud cover: 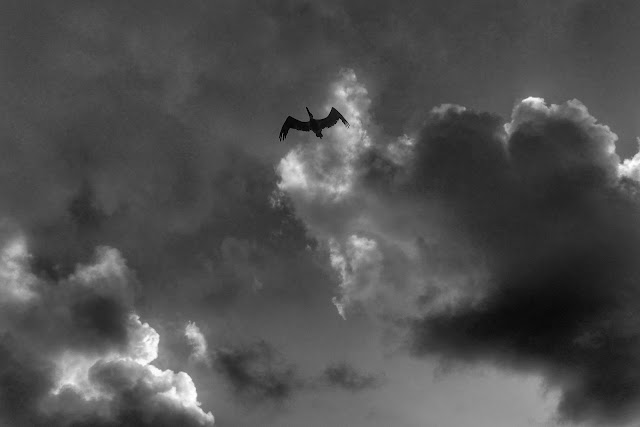 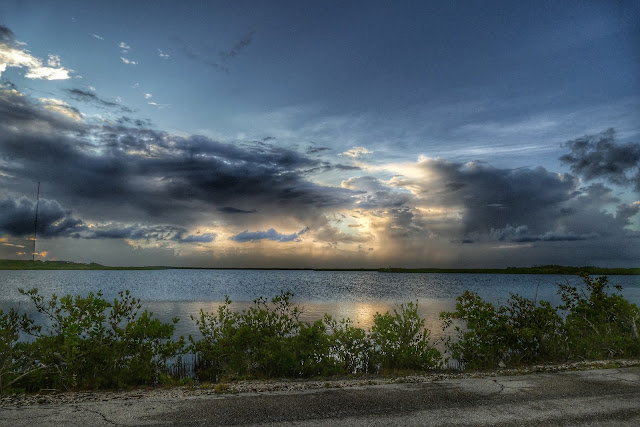 Stieglitz took at least 220 photographs that he called Equivalent or Equivalents; all feature clouds in the sky. The majority of them show only the sky without any horizon, buildings or other objects in the frame, but a small number do include hills or trees. One series from 1927 prominently features poplar trees in the foreground.
Almost all of the photographs are printed very darkly so the sky often appears black or nearly black. The contrast between the sky and the much lighter clouds is striking in all but a few of the prints. Some images include the sun either as a distinct element in the photograph or as an illuminating force behind the clouds. 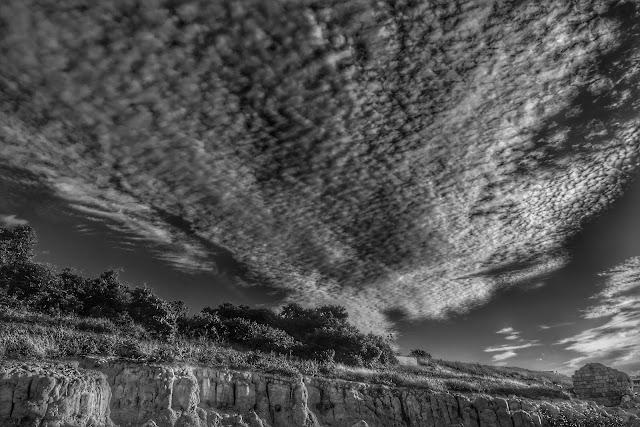 The multiple series Stieglitz called Equivalents combined two very important aspects of his photography: the technical and the aesthetic. He was a master at both, but with Equivalents he succeeded in bringing his skills to a new level. On the technical side, Stieglitz had been fascinated by the special problems of photographing clouds ever since the summer of 1887, when he took his first pictures of clouds over Lake Como in Italy. Until the 1920s most photographic emulsions were orthochromatic, which meant they were primarily sensitive to light on the blue end of the spectrum. This made photographing clouds particularly difficult because unless special filters were used the sky would appear very light and the clouds would be lost against it.[2] Over the years Stieglitz repeatedly took photographs of clouds using orthochromatic emulsions, but he reported "Every time I developed [a cloud negative] I was so wrought up, always believing I had nearly gotten what I was after – but had failed."
In 1922 Stieglitz read a commentary about his photography by Waldo Frank that suggested the strength of his imagery was in the power of the individuals he photographed.[3] Stieglitz was outraged, believing Frank had at best ignored his many photographs of buildings and street scenes, and at worst had accused him of being a simple recorder of what appeared in front of him. He resolved immediately to begin a new series of cloud studies "to show that (the success of) my photographs (was) not due to subject matter – not to special trees or faces, or interiors, to special privileges – clouds were there for everyone…" He said "I wanted to photograph clouds to find out what I had learned in forty years about photography. Through clouds to put down my philosophy of life –…My aim is increasingly to make my photographs look so much like photographs that unless one has eyes and sees, they won't be seen – and still everyone will never forget them having once looked at them."[4]
Coincidentally at this same time a new panchromatic photographic emulsion was developed that allowed the full range of colors to be captured. Soon after it became available Stieglitz aimed his 8" x 10" view camera at the sky and began taking pictures. By the next year he had created a series of ten mounted photographs he called Music: A Sequence of Ten Cloud Photographs (also called Clouds in Ten Movements). He told his wife Georgia O'Keeffe "I wanted a series that when seen by Ernest Bloch (the great composer) he would exclaim: Music! Music! Man, why that is music! How did you ever do that? And he would point to violins and flutes, and oboes, and brass…"[5] He first exhibited this series in 1923 in his one-man show at the Anderson Galleries in New York, and reported that when Bloch saw them there he had exactly the reaction Stieglitz had wanted. 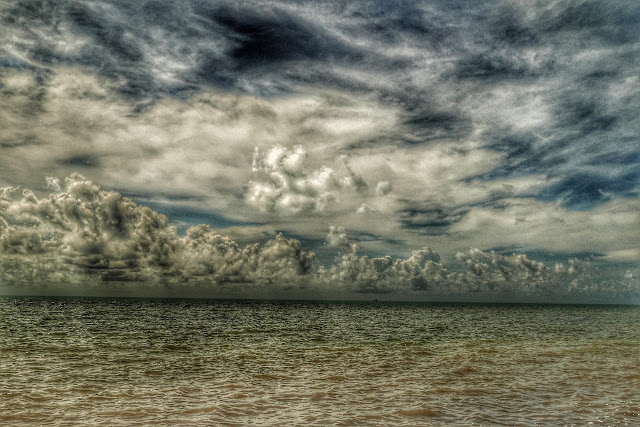 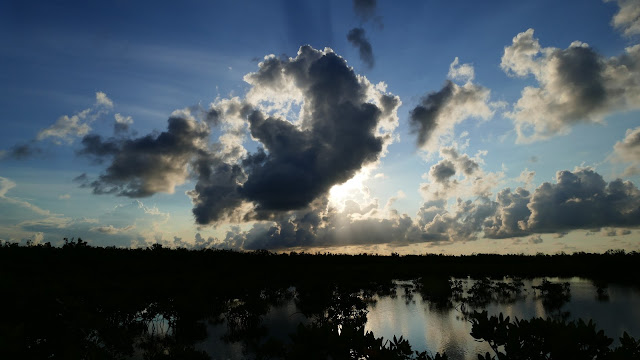 I had a moment and I found myself photographing my out stretched hand in some symbolic reference to me asking to be lifted out of here. 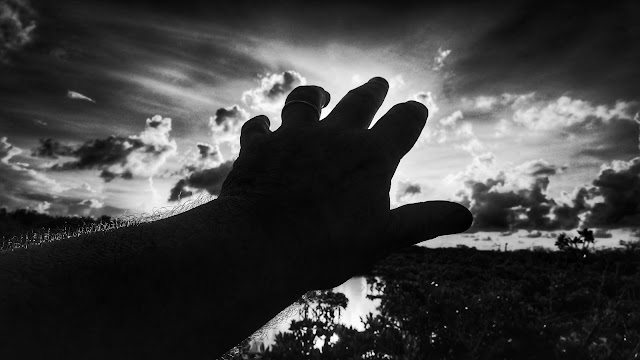 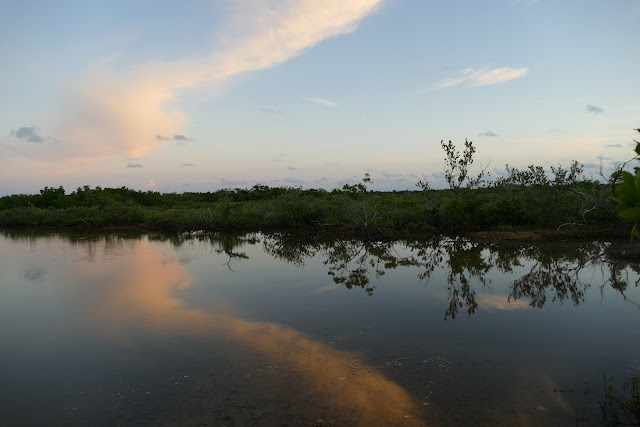 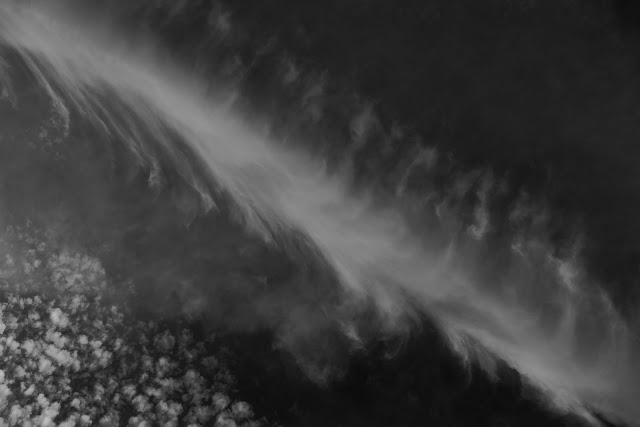 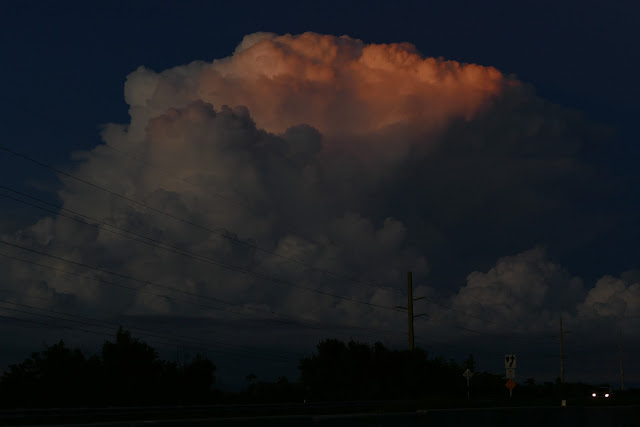 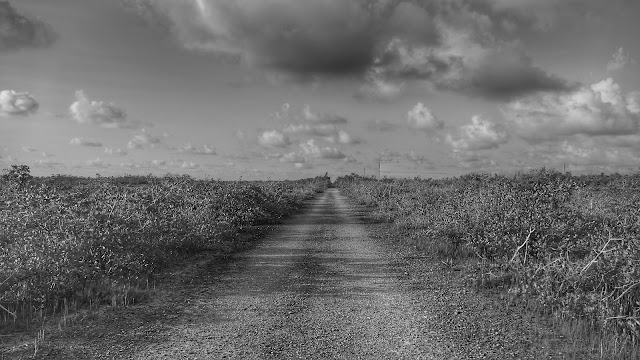 Encouraged by the success of the Music series he took his smaller 4" x 5" Graflex camera and shot dozens of pictures of the sky in the summer of 1923. He arranged many of these photographs into distinct series he called Songs of the Sky. In late 1924 he exhibited sixty-one of his cloud photos in a single room at the Anderson Galleries. In the catalog to the exhibition he wrote "Songs of the Sky – Secrets of the Skies as revealed by my Camera are tiny photographs, direct revelations of a man's world in the sky – documents of eternal relationship – perhaps even a philosophy."[7] After seeing the exhibition, Ananda Coomaraswamy, who was then curator at the Museum of Fine Arts in Boston, persuaded Stieglitz to donate some of his photographs, including five from Songs of the Sky, to the museum. This was the first time a major museum in the U.S. acquired photographs as part of its permanent collection.
Stieglitz continued photographing clouds and skies for most of the next decade. In 1925 he began referring to these photographs as Equivalents, a name he used for all such photographs taken from that year forward. In 1929 he renamed some of the original Songs of the Sky as Equivalents, and these prints are still known by both names today.

Perhaps i should devote more time to this esoteric pursuit. Probably not. 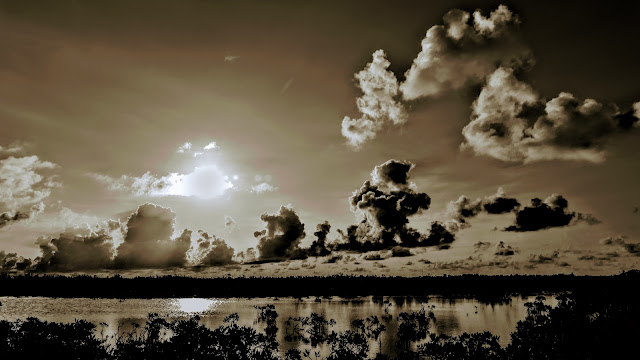 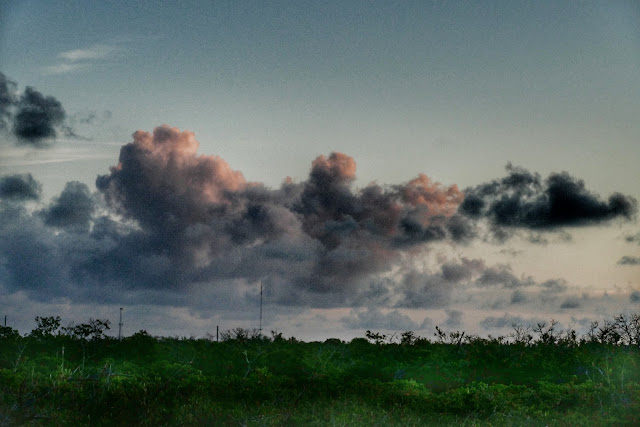 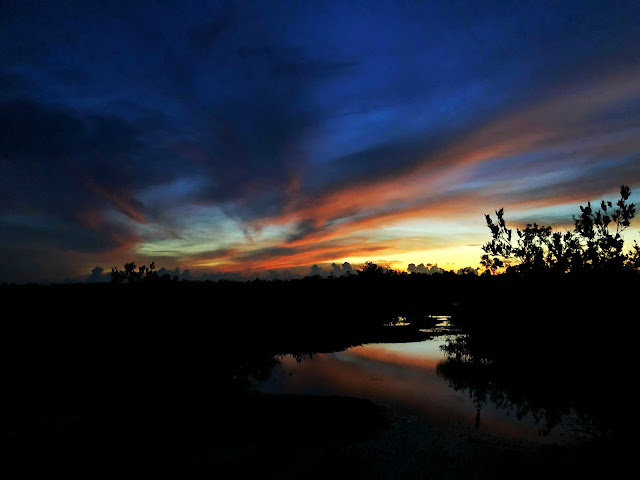 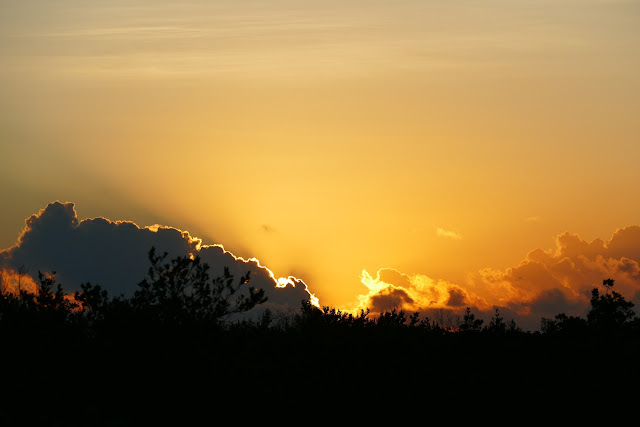 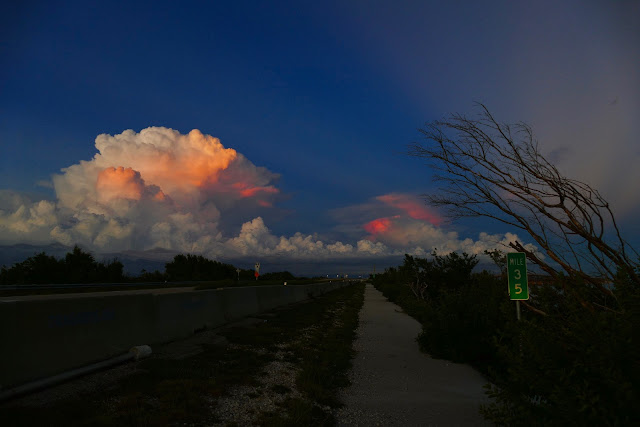 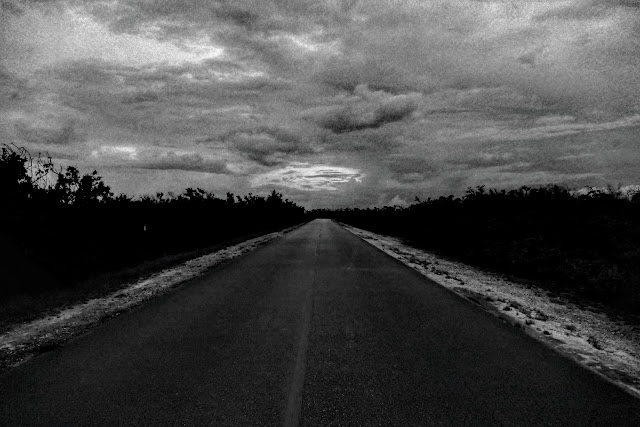