The weather forecasters talk blithely about the folks Up North being caught in a giant deep freeze this week. We are battening down for temperatures to drop below local freezing, which is estimate din Key West around 70 degrees Fahrenheit. Last week the beach at Fort Zachary (Link) was in the mid 80s as it will be again soon enough. 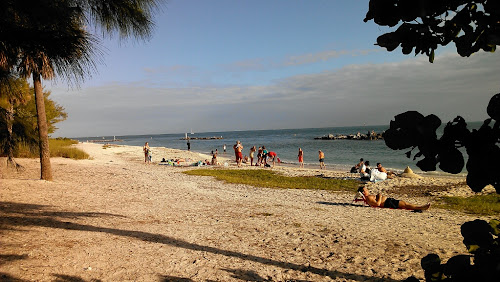 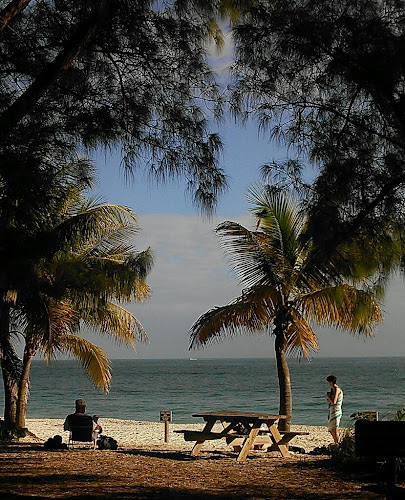 I took Cheyenne for a walk as we hadn't been there in a  while. 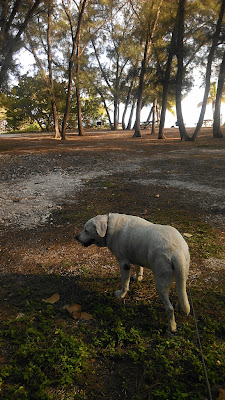 We wandered under the casuarina trees, known locally as Australian pines, an invasive species much prized locally for their rugged ability to grow anywhere and give shade. The ability to grow anywhere and reproduce by shooting roots underground give some people who prefer local fauna the hives of anxiety. A plan  years ago to replace this robust shade with new  plantings of local vegetation got people so riled it was scrapped over the desires of the State Parks Headquarters which has such a policy in place. 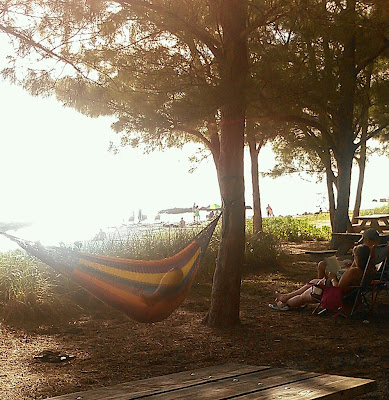 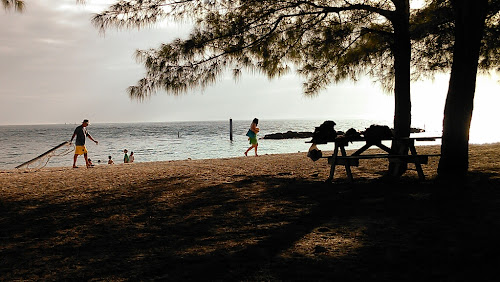 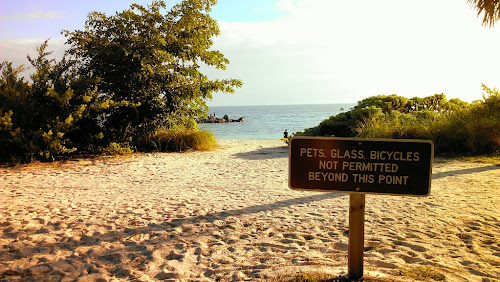 Even with the beach closed to Cheyenne we had lots to see with trails to walk and open space to wander. 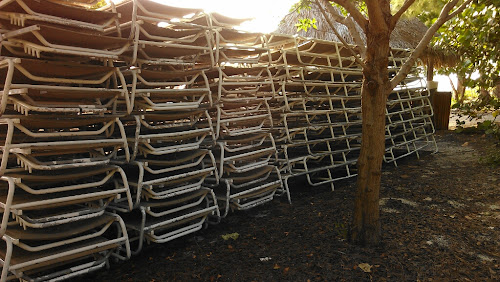 We followed her nose for an hour and we never did get to the fort itself, the hardwood hammock next to the moat, or the open space at the north of the park where typically Sculpture Key West exhibits it's art work in the Spring. 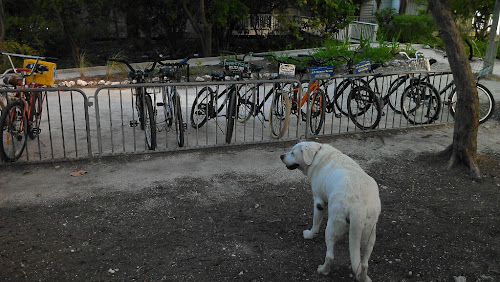 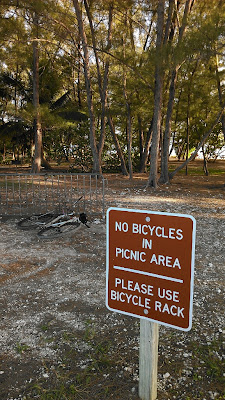 It was the wrong time of day to get a sandwich and a soda at the Cafe Cayo Hueso, and because I am an 80/80/80 type of pansy I rarely go swimming in November, so I had no need to rinse off. 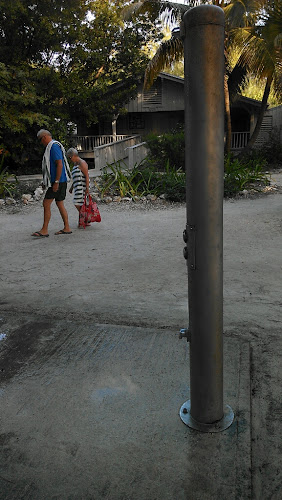 Cheyenne liked the puddle of fresh water and sat in it for a while, idly drinking her bathwater. 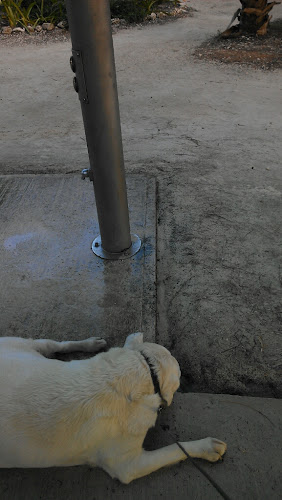 80/80/80 is a designation on the tropical scale I learned while sailing the Caribbean. 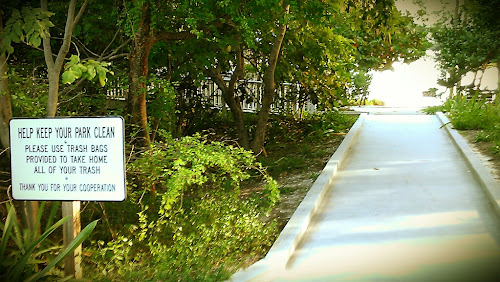 It means you like 80 degree air temperature, 80 percent humidity and 80 degree water temperature minimum. That would be ideal, and we get close enough much of the year. If that doesn't work for you, try yoga: 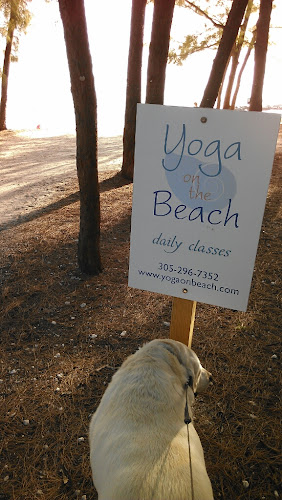 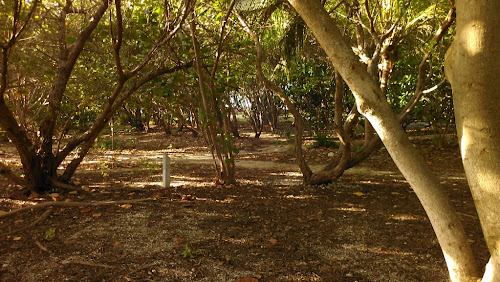 I enjoy the woods at Fort Zachary Taylor but mostly one comes for the beaches and the views. 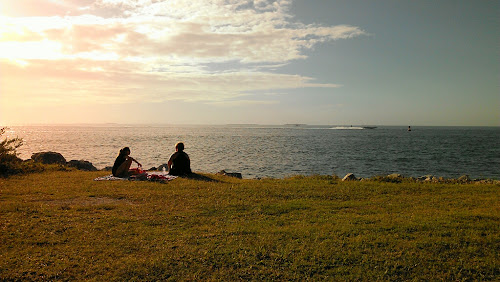 The park closes at sunset so this isn't entirely satisfactory as a spot to rival Mallory Square (some people like the White Street Pier for sunrise and sunset). But the daytime views to the west are quite beautiful across the entrance to Key West harbor. The boat below is heading south, out of Key West. 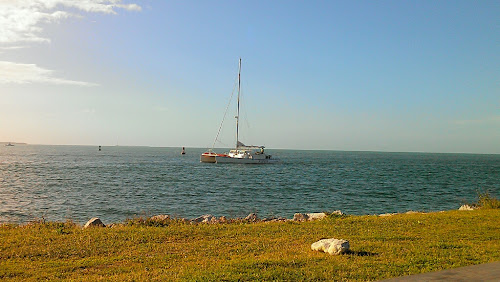 You don't even have to take your clothes off to enjoy the fort. Which, after fantasy Fest is a bit of a relief actually. 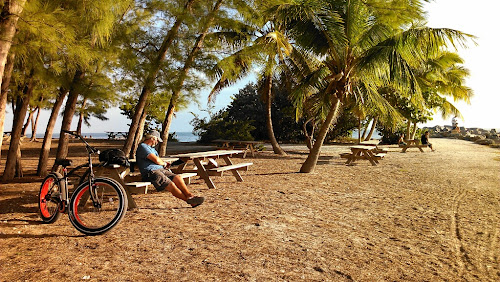 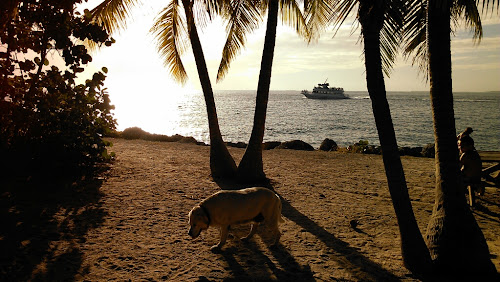 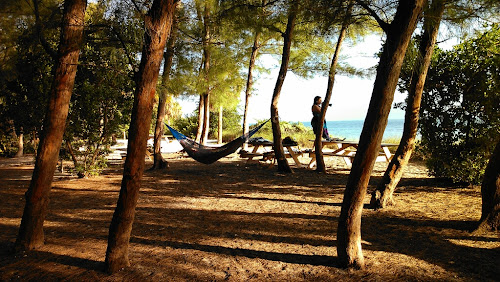 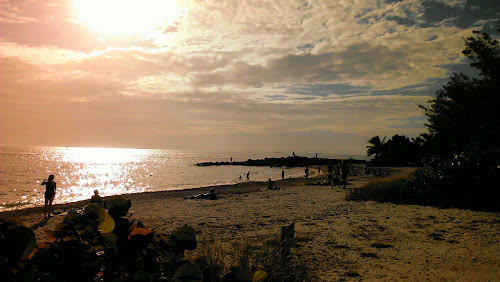 Enjoy the snow wherever you are. We are supposed to see a slight dip tonight to 69 and a rather more pronounced front in a week or so.  Otherwise its business as usual at Fort Zachary Taylor, southernmost state park.