It's been a mixed bag the past few days. The weather has turned all summery with big puffy clouds and heat mixed in with sudden rain  tapering off quickly to windy dampness.  Hurricane season is two months away and the forecasters tell us it will be an average season with extra humidity from an overheated ocean. The implication is some region in the US is going to get creamed. I hope its not us. 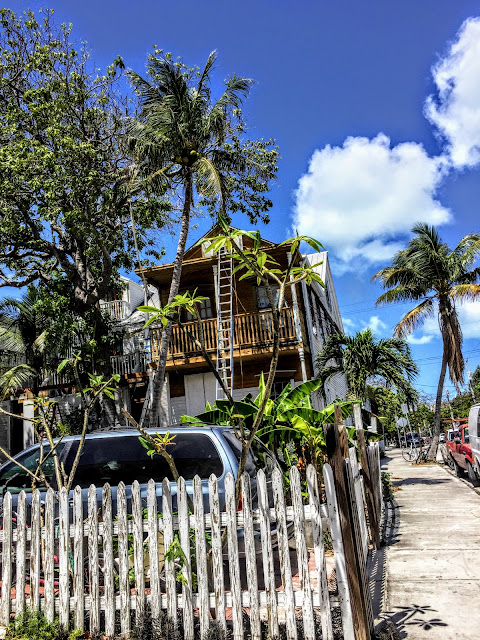 I was talking to an acquaintance the other day and she told me of spending twelve days at home alone struggling to keep it together after Hurricane Irma. She broke down into tears at the memory. She's lucky as her home is intact. That are still many people between Key West and Islamorada who have not yet got their homes fixed. Insurance money has yet to arrive and skilled personnel to do the work aren't plentiful. Another category four storm will spell curtains for a lot of people barley hanging on. 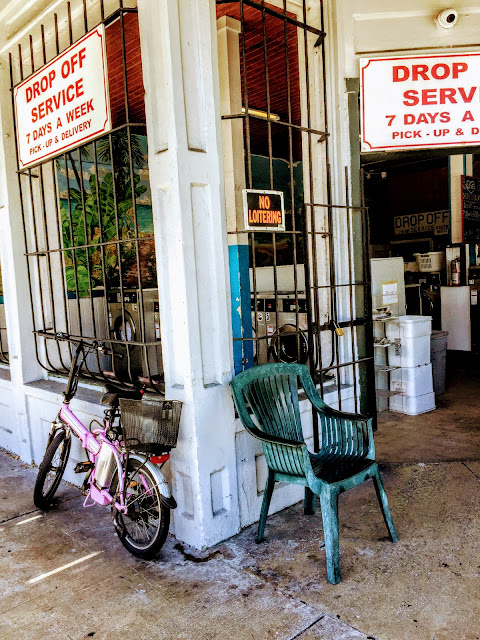 Another acquaintance stopped me in the street to tell me of his great good fortune buying a house in Big Pine, epicenter of hurricane damage. He said it was cheap, whatever that means as it is damaged but it gives him a chance to own a foothold in paradise. I congratulated him as you do but his suggestion I might want to return to the burden of home ownership met with a hollow laugh from yours truly. Aside from horrendous fees and taxes to won a home there is the perennial hurricane threat which seems to be as real as anything and the return on investment gets to look a  bit scarce at my age. 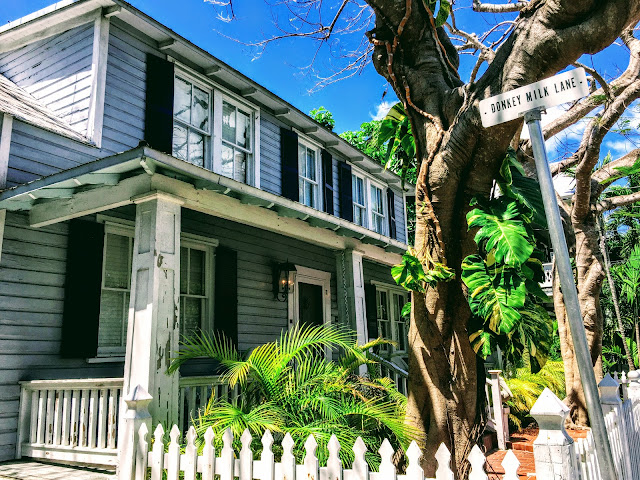 He passed on a rumor that is making the rounds these days advising residents that new housing will no longer be built after 2020.  I have no idea where such a rumor might have originated but I cannot believe it to be true. Local government has struggled to preserve open space and build so called workforce housing and one thing we know is that if construction is banned anyone with a piece of build-able land will have all the grievances in the world to go to court and seek just compensation. I don't see Monroe County overcoming that obstacle no matter how delicious and provocative the rumor of a building moratorium. 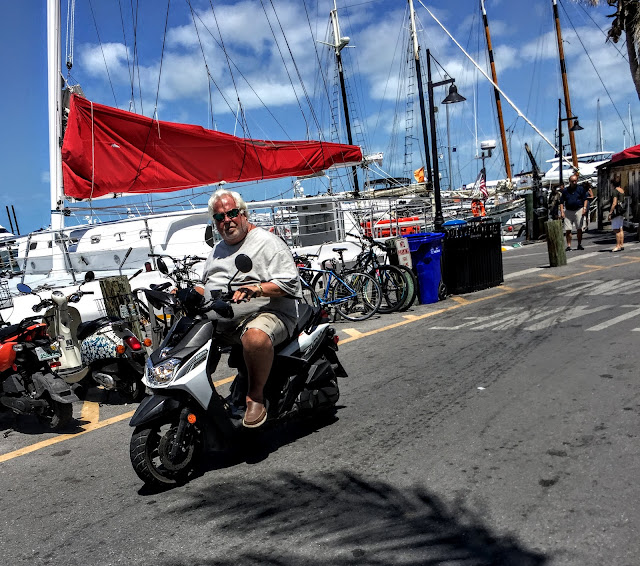 A  former mayor buzzing around on his scooter in a town with no more idea of how to create workforce housing now than during his term in office. 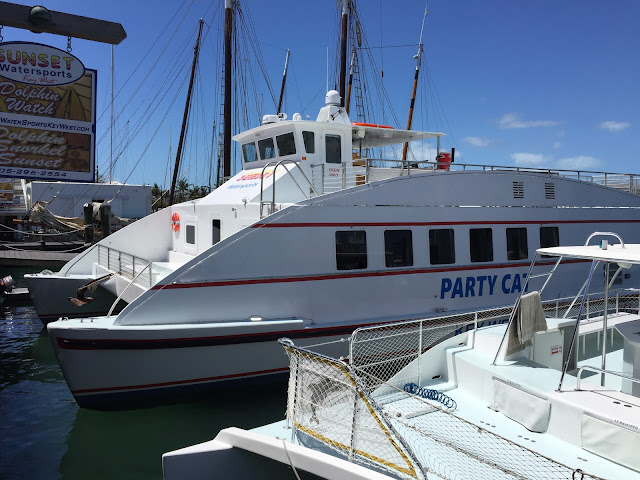 I turned away from the insoluble business of housing and looked to boats for solace for a while at Key West Bight. And I;m sorry but there are some plug ugly boats on the water.  I couldn't immediately tell which was the front or the back of this "cattle boat" designed to carry maximum passengers with no regards to beauty or tradition. In the end I realized this was the bow (the front) thanks to the presence of an anchor. And on the top deck the brodge where the crew steers the boat. 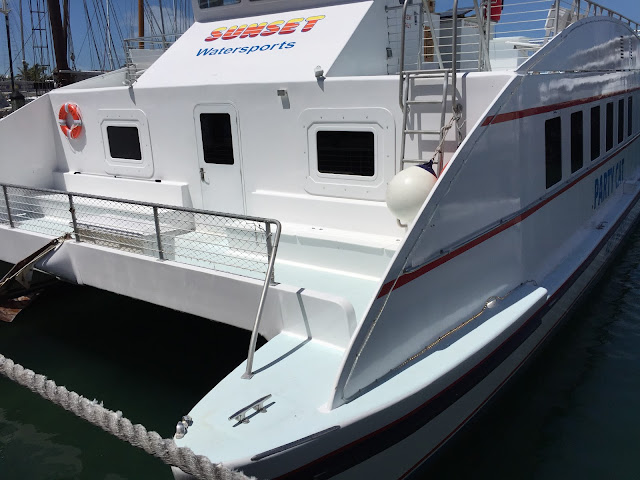 Walking the boardwalk in summer heat works for me and I plan to return this summer to enjoy the serenity of salt water whe it isn't getting turned into mist by extra powerful winds. 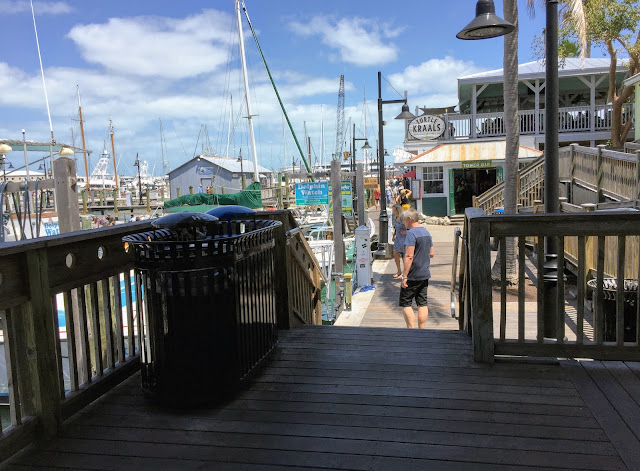 Sailboats restored order in my mind. Proper shapes, purposeful lines as they should be. 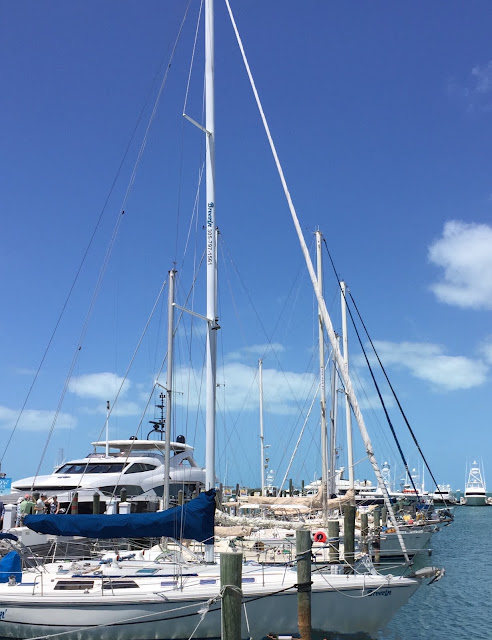