The Locals' Parade is known these days as the "Masquerade March" because there aren't as many locals as you might think participating.  I overheard a witch riding a bicycle tell her cohort, a madly pedalling pixie, they would do best to go by "South Hard," which is one of those street names that separates locals from visitors (Sim-Onton is the other). Heather and Steve, decidedly locals, were fondly remembering the past: 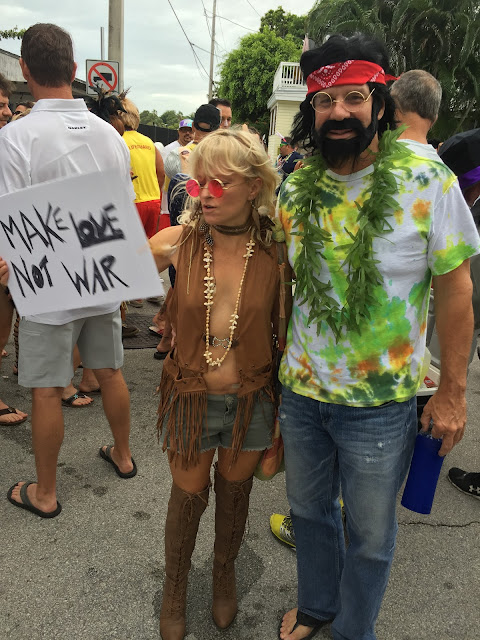 Katherine, a local, was doing something Mexican with a  bamboo pole but it was a bit too noisy on that section of the street for me to grasp the full import as she explained it to me: 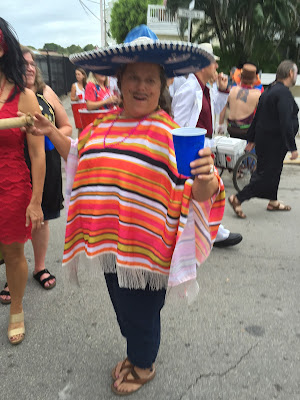 Which brings me to the dreary parts of the evening, one being the weather which has been windy and rainy with more to come, but that leads on to the fact that the light was terrible. I am pretty good at steadying my camera but in this case I had great difficulty. The parade looked much smaller than usual so instead of milling around everyone was in motion all the time and it was hard to get people to stand still and pose which was also unusual this year. 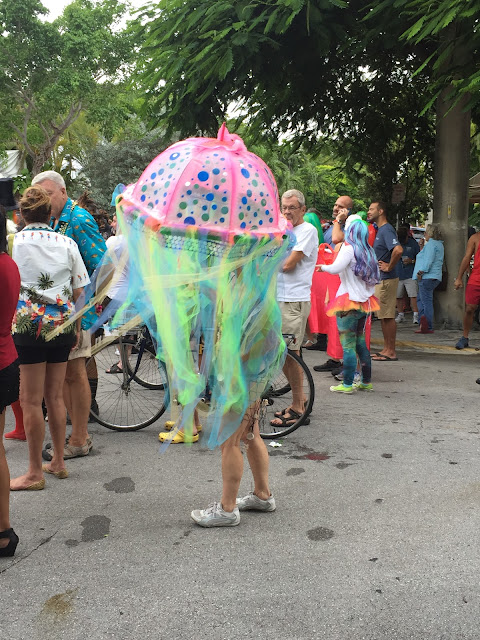 With work beckoning I had to get my pictures and move on so I didn't have the luxury of checking everyone's effort.  But I didn't see (m)any costumes aimed at local issues, politics or social gaffes of the last year which is usually what gives me a chuckle. All in all it was not what I wanted, whether because I was pressed for time, or because of the weather and the poor light (I hate using the camera flash). 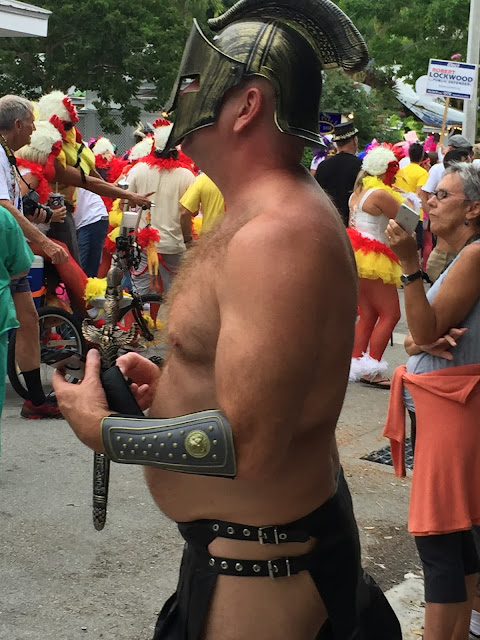 Aside from my own unaccountable churlishness the participants clearly had fun as usual so maybe they can speak for themselves without my commentary in the pictures! 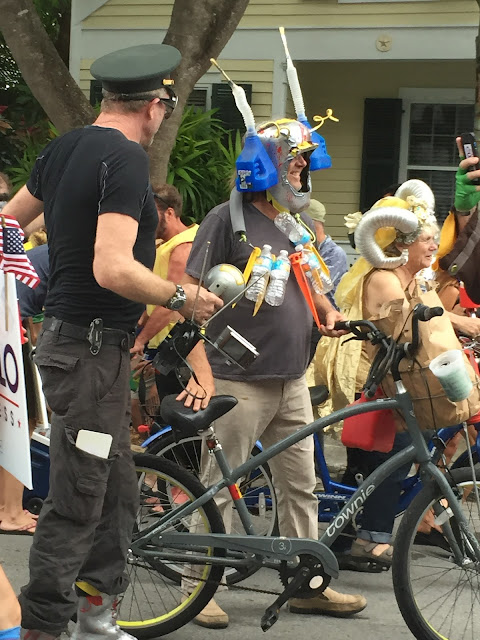 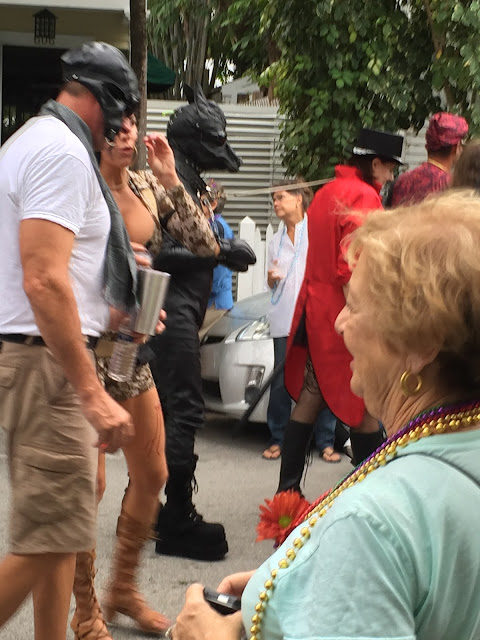 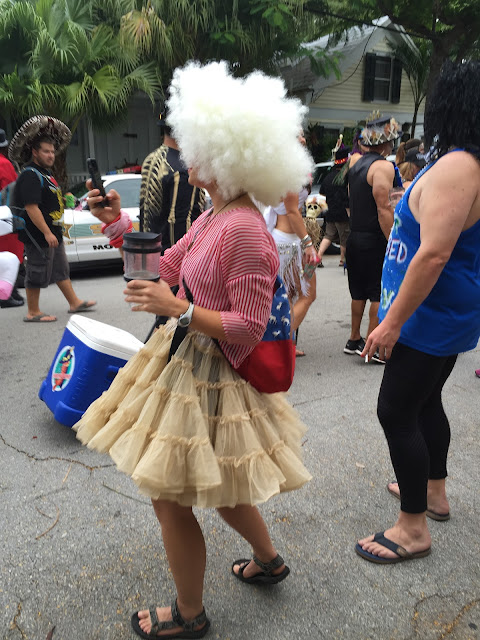 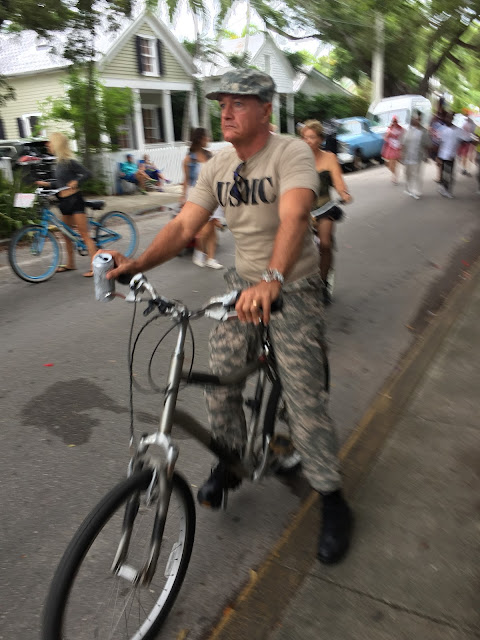 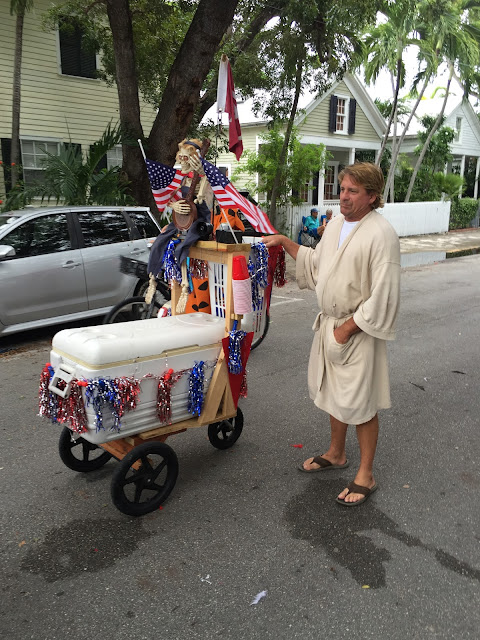 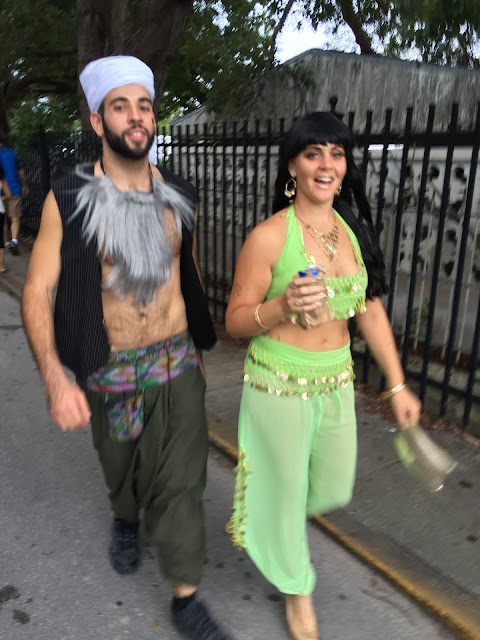 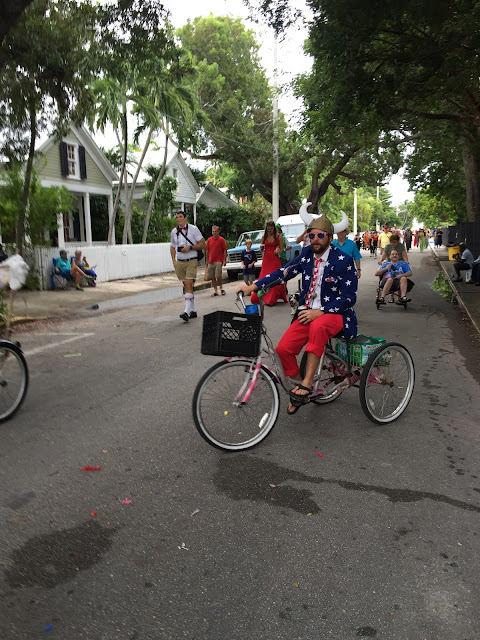 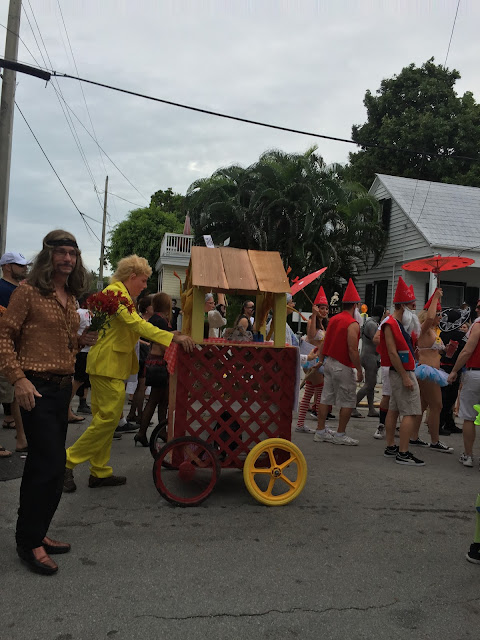 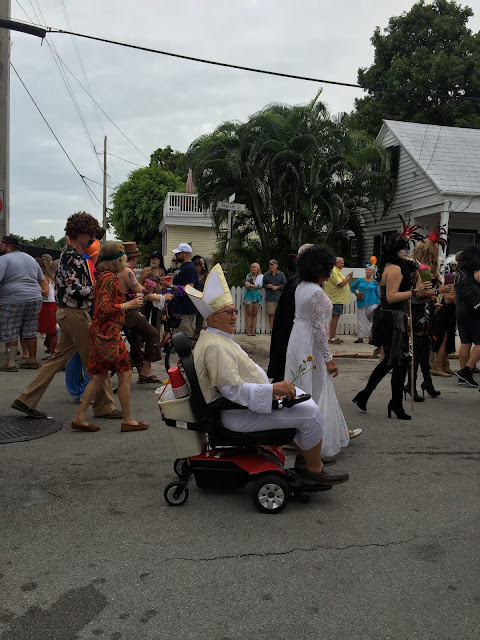 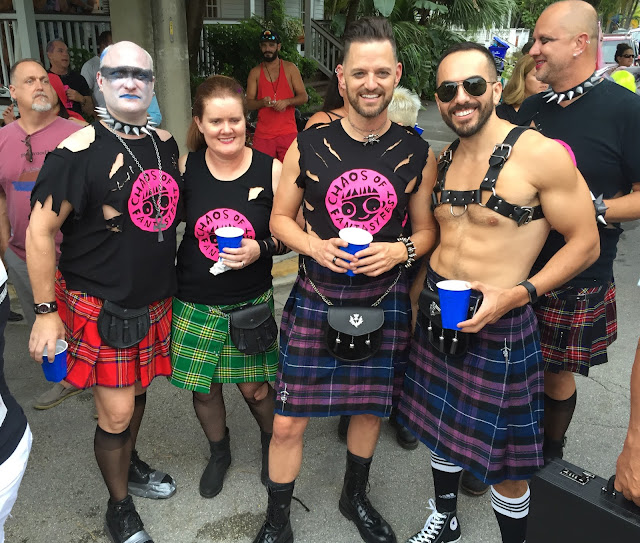 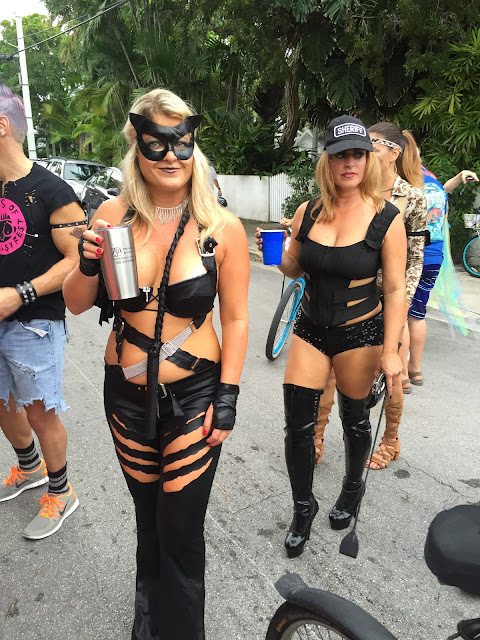 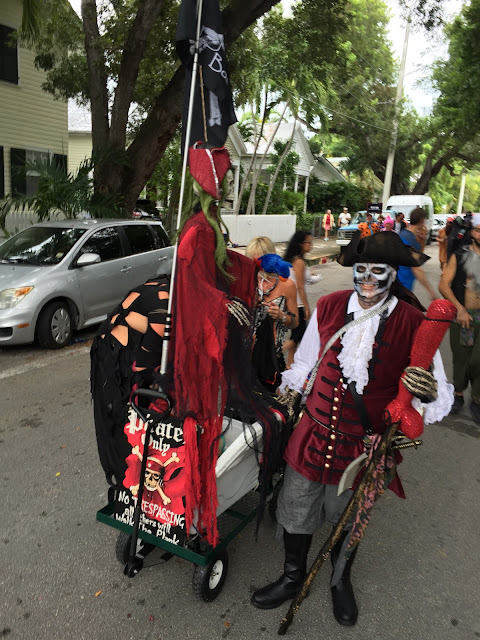 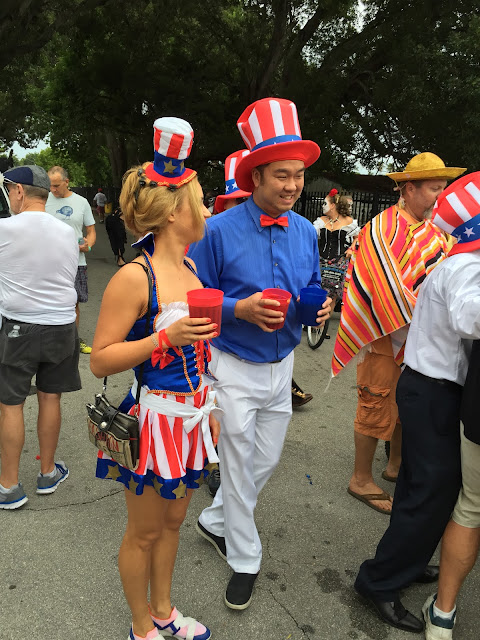 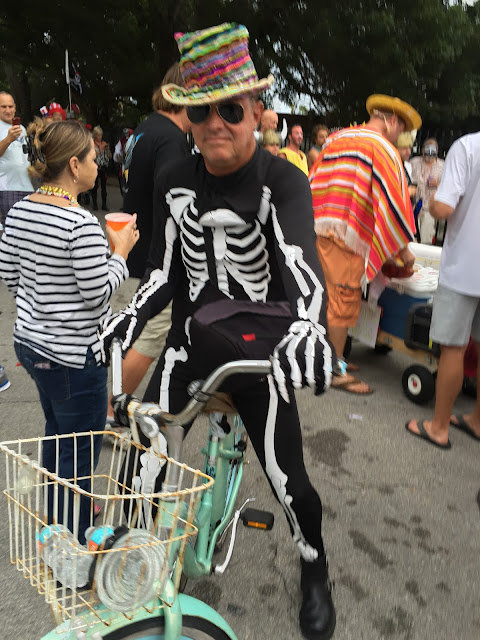 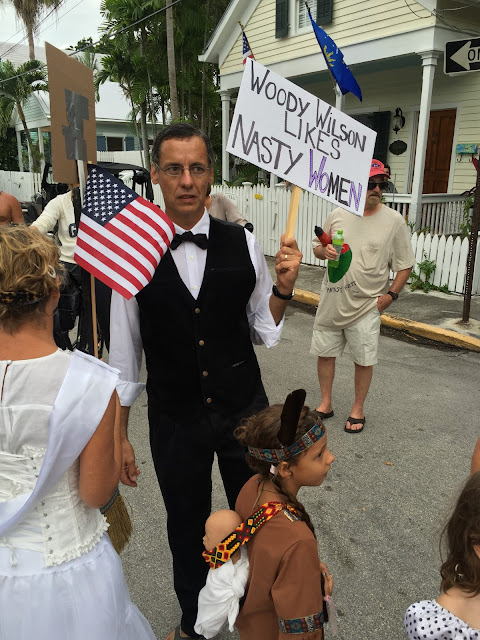 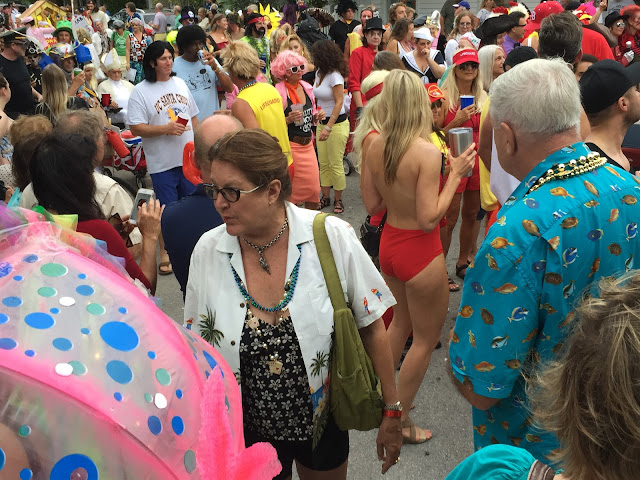