"You know how it is, us Conchs get pretty lethargic when temperatures get down around 70 degrees," a friend born and raised in Key West said to me on his way to what he hoped was a slow day at work. Today is the shortest day so soon we can hope for more sunlight. In the meantime strong winds require we practice hurricane-style hunkering apparently. 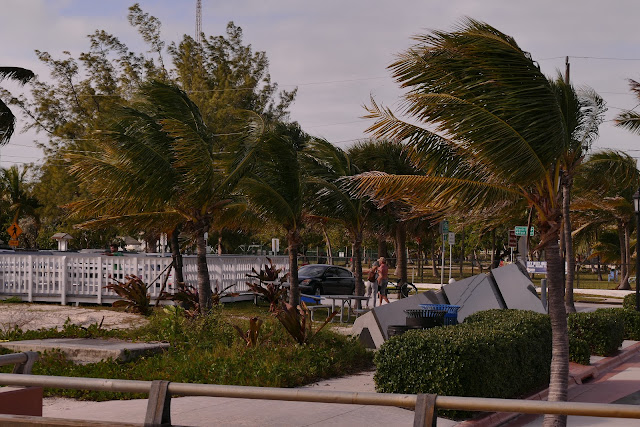 There is a threat of rain over the weekend but yesterday afternoon it was honking winds and flapping palms that constituted winter weather on a  75 degree afternoon. 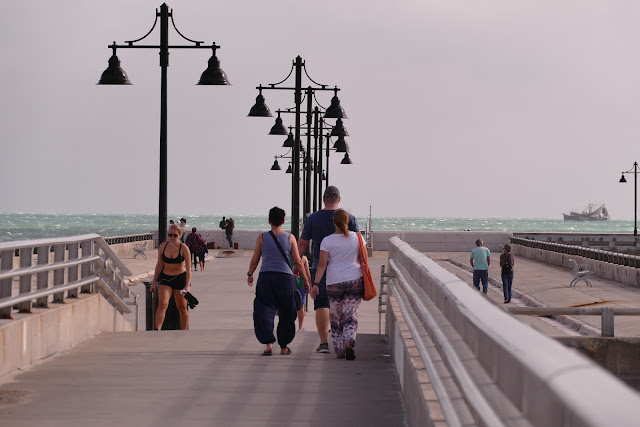 The visitors were the under dressed people.  This is not beach weather no matter what they tell you. And another thing to remember it's not just wet that makes things slippery but it's wind too. Things will get away from you given a chance. 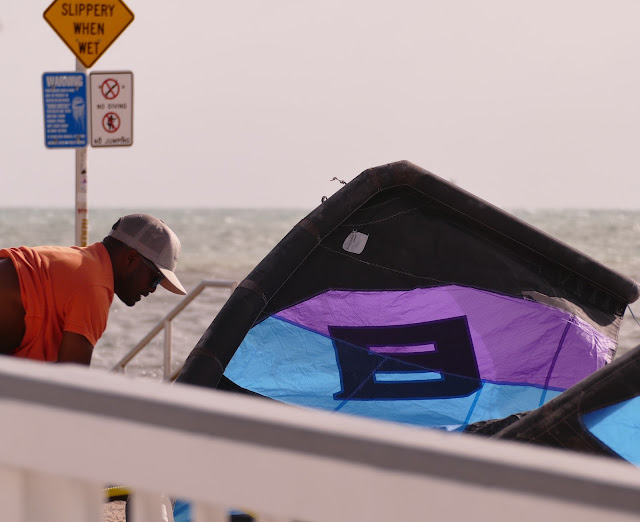 Waves are not tall sweeping ocean swells around here as most coastal waters are less than 20 feet deep and waves don't tend to amount to much in normal conditions, ie: less than hurricane force. Hoodies, windproof jackets are needed to make a breeze be bracing and not frost bite inducing. 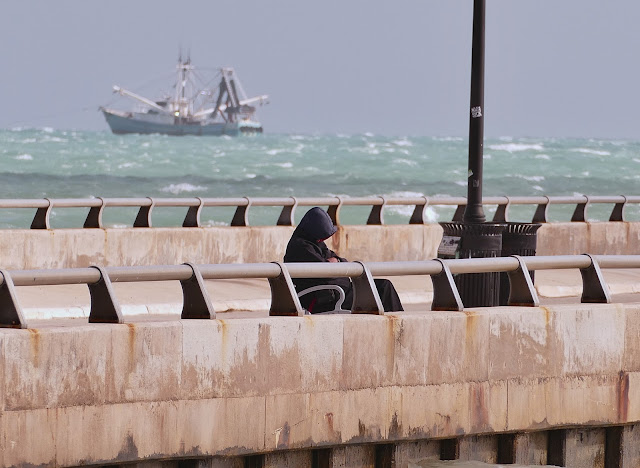 For some few people yoga is the answer and I saw one delighted tourist hop off his rental bike and snap a cell phone picture of the posing on the outdoor yoga platform. To me it seemed a rather fine spot for the exercise but al fresco yoga is apparently not a normal thing in some places Up North. His girlfriend applauded his picture with much vigor before they rode off.. I am glad to live in a place where outdoor yoga is as easily accepted as a man riding a bike in a tutu with fairy wings. 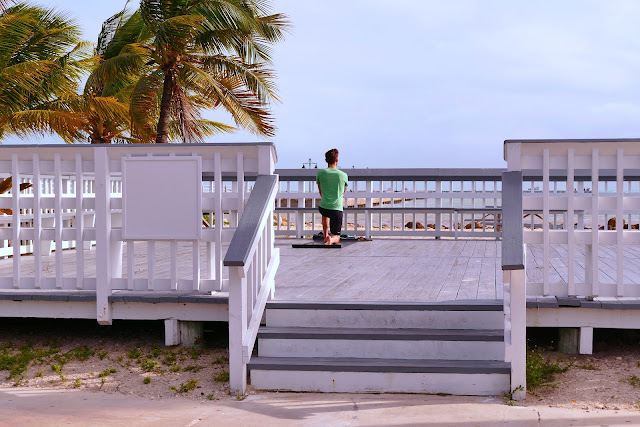 Of much more moment were the antics of the jetskis plunging horribly through the chop. It looked like no fun. 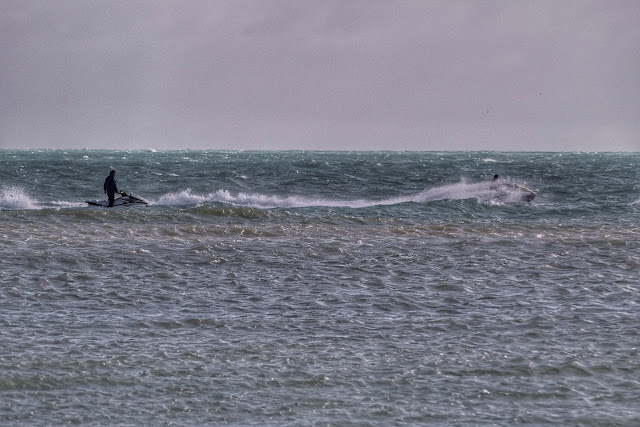 Wave action was feeble, winds were strong said to be in the range of 30 miles per hour but the impact of this winter storm is negligible. No flooding even. Just arcs of spray over the rocks. 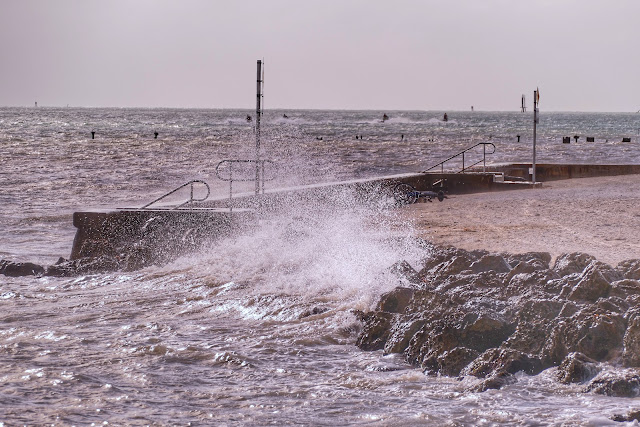 But they came to look, severely under dressed for conditions of course. I wonder how they treat snowdrifts Up North. Do they go out and stare at them? I think I might if ever I find myself in the unfortunate position of being near one. 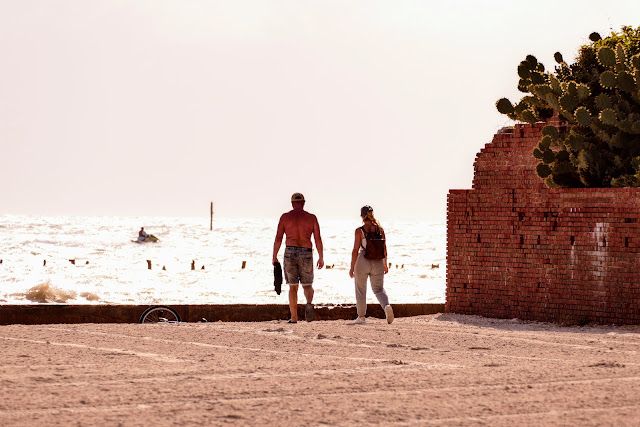 I'd rather walk my dog. Or watch someone walking their dog while I'm on my lunch break. 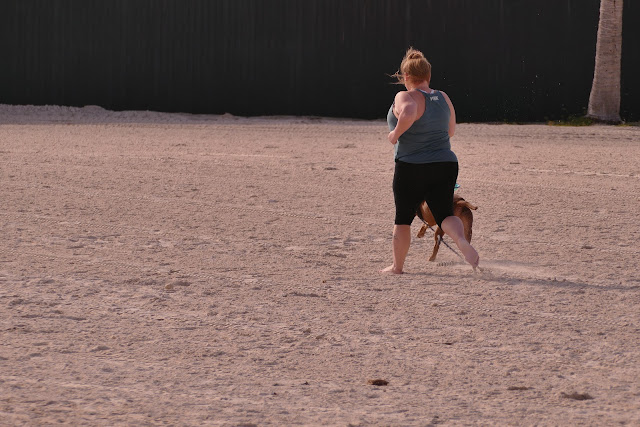 This weekend may require some mild hunkering. I am ready to not work, to walk Rusty and carry out some hunkering with the best of them. Hunker hunker hunker. I hope it doesn't snow. For that I'm not equipped.
Posted by Conchscooter at 12:00 AM 4 comments: