I took this picture in 2013 of the famous Octopus on Catherine Street heading towards Duval from mid town. I included Cheyenne sniffing around as she continued to do for the next three years. 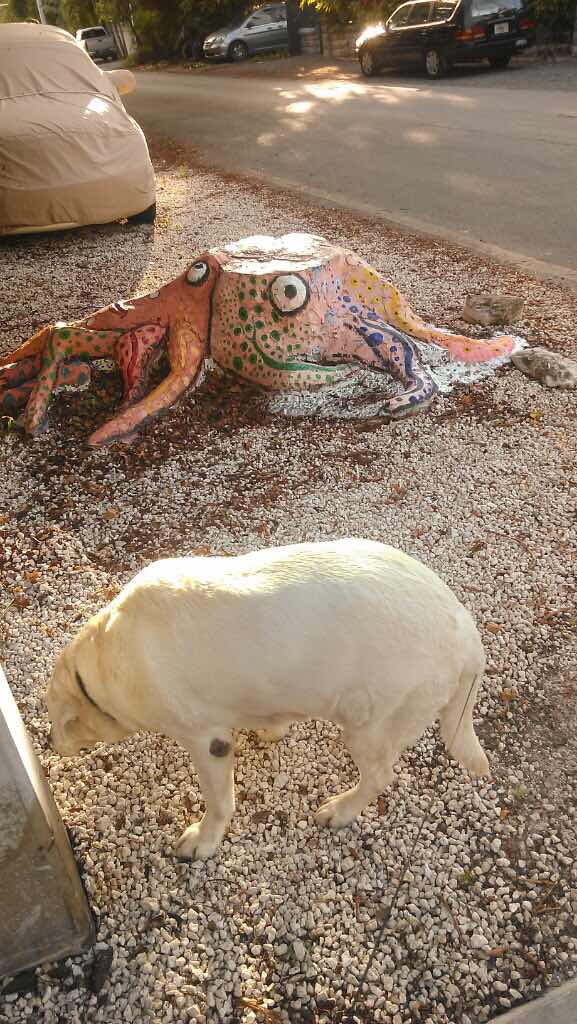 In 2016 after she left and went to her reward making room for Rusty, I took time to photograph the old stump once again, not much changed. 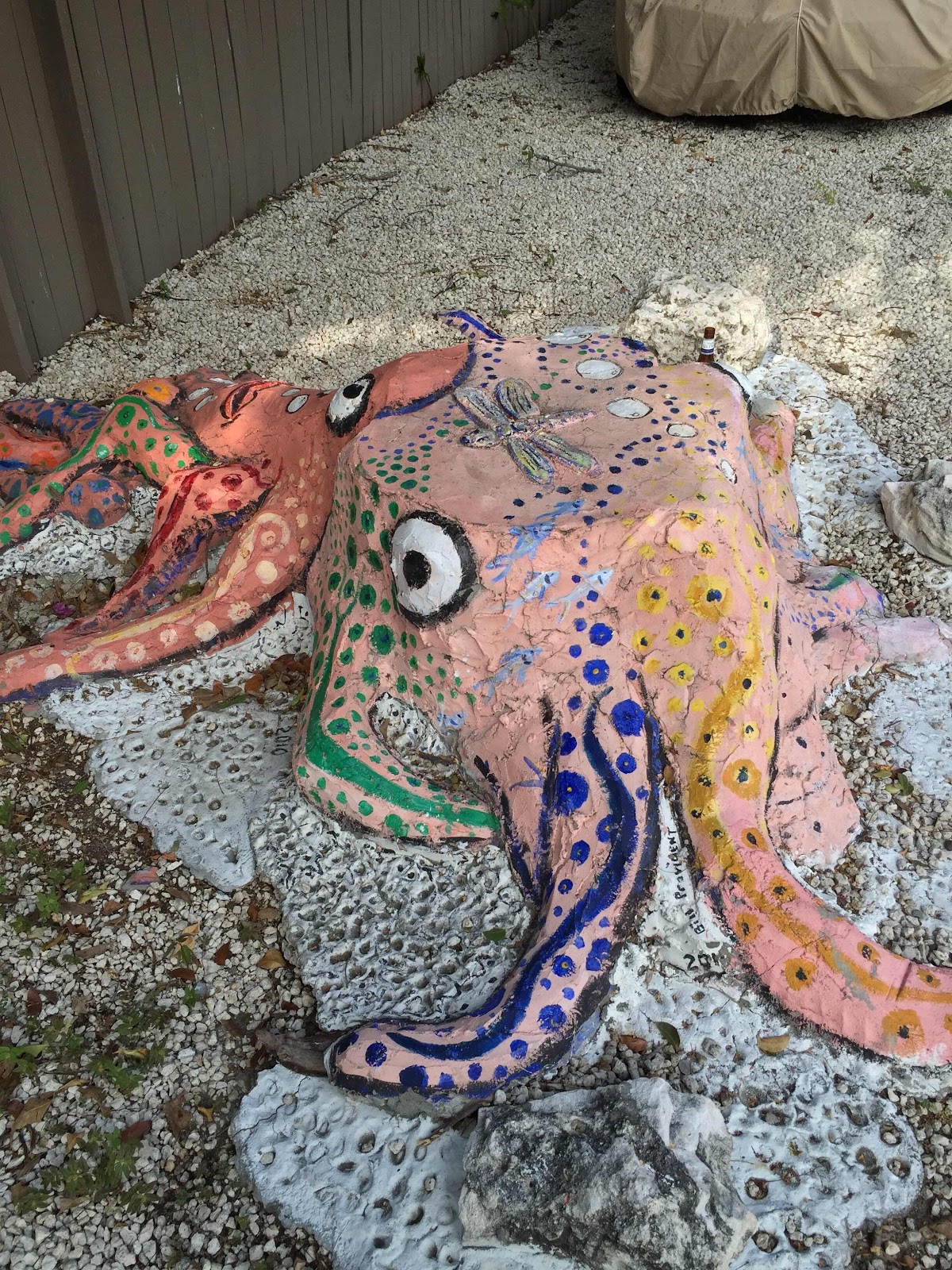 Last week things had changed drastically and I felt a great deal of regret. Things ain't what they used to be. 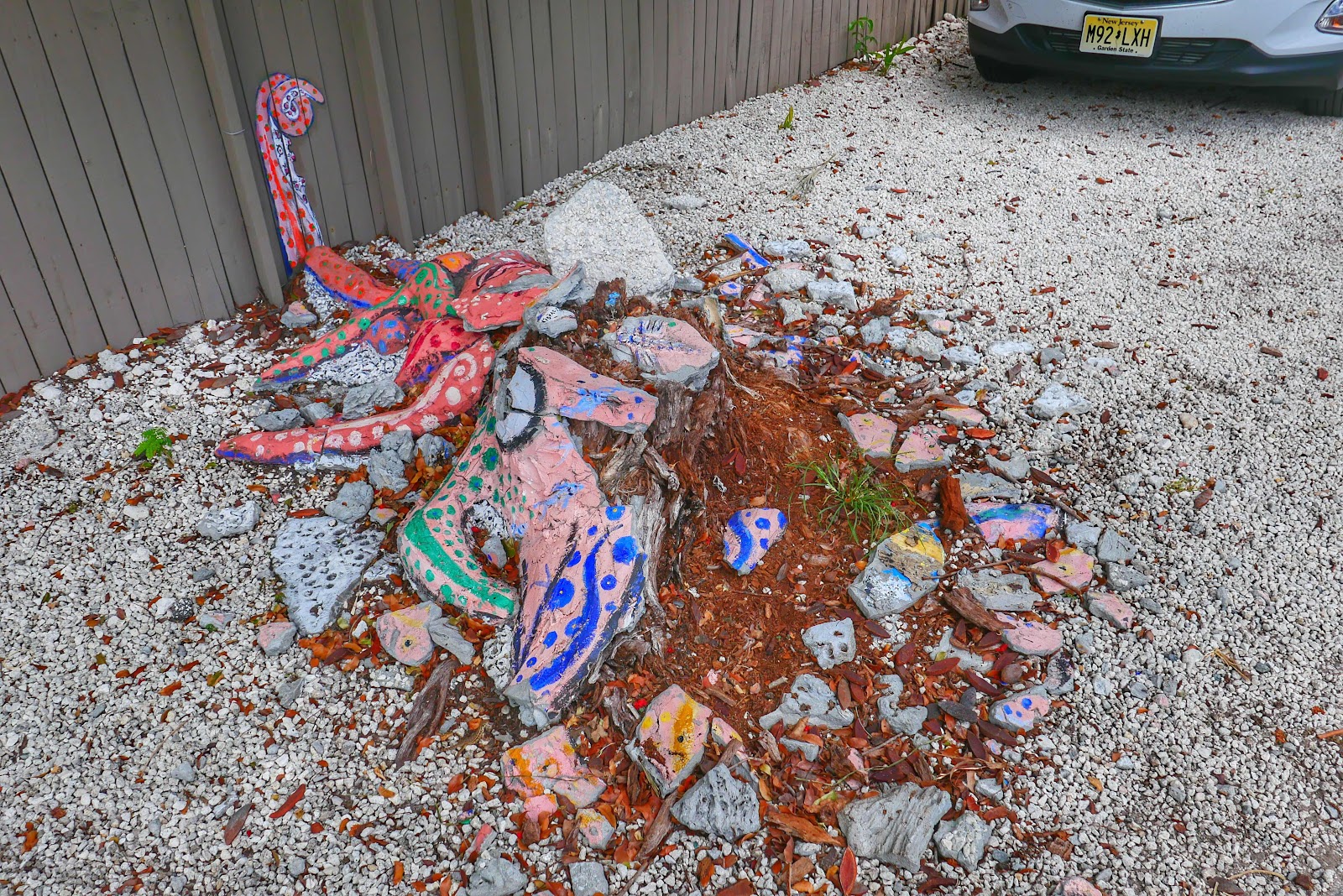 The turquoise attracted me... 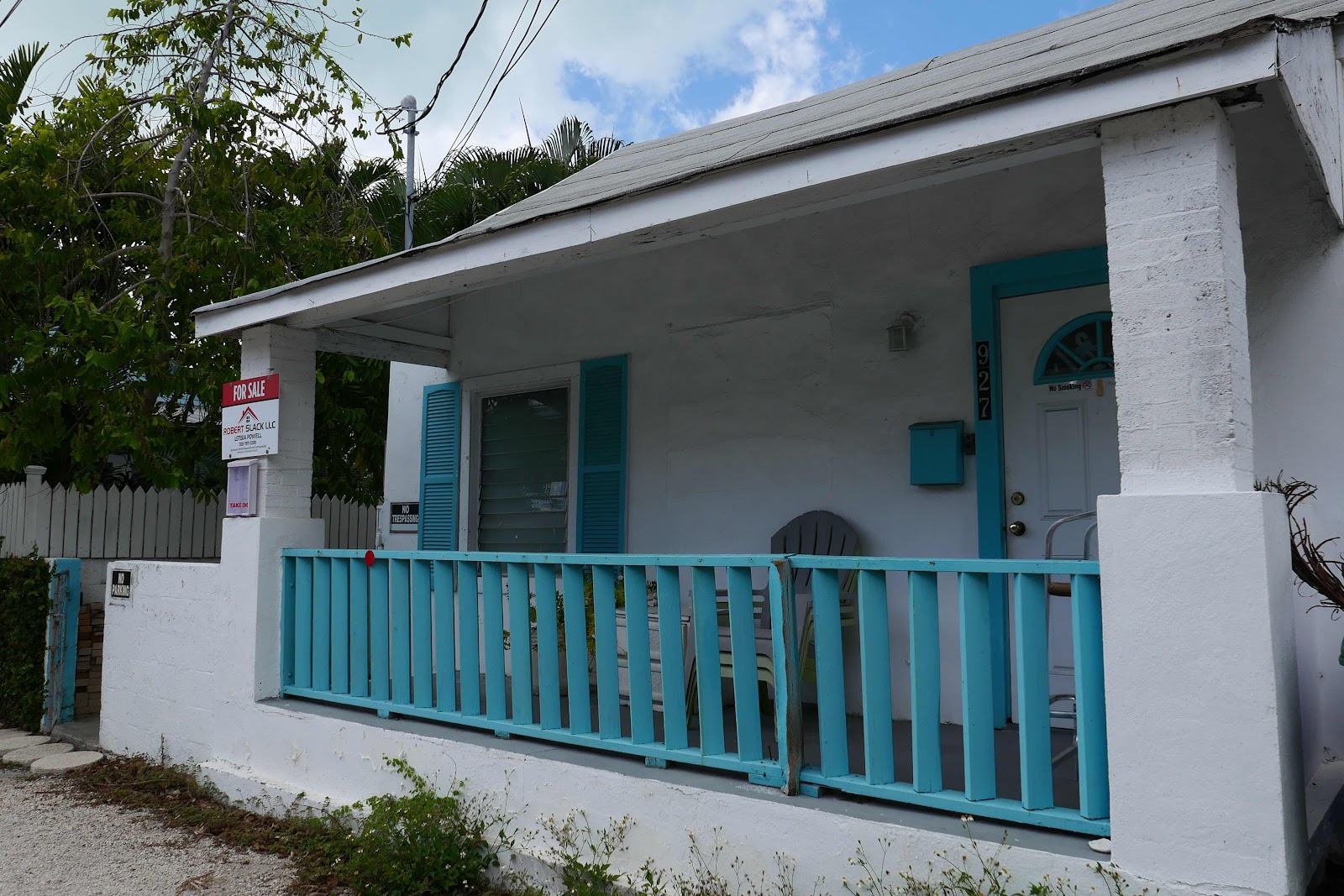 The line of several "NO!" signs kept me and amused me. 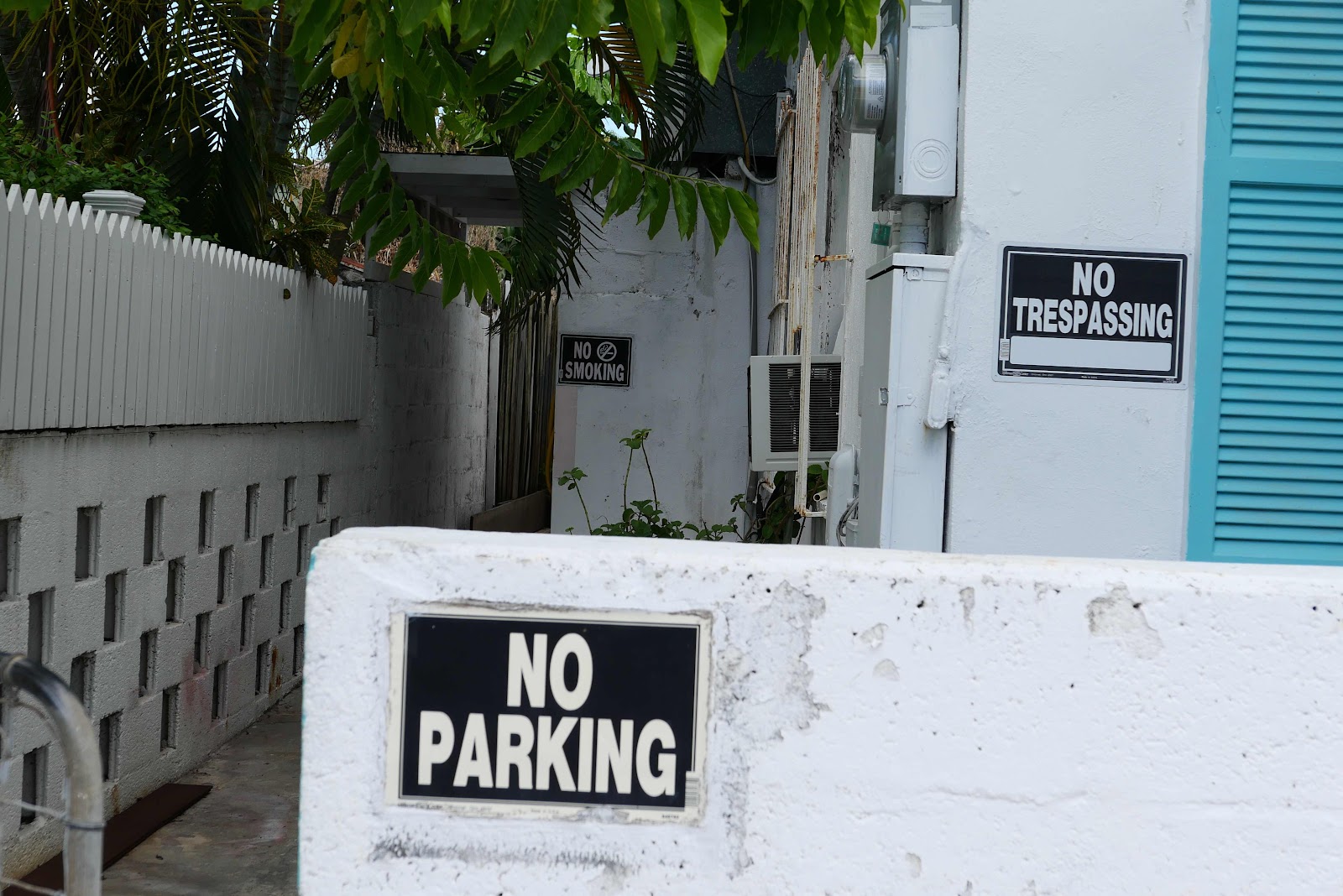 I went by the Gato building named for the Gato family who built it a century ago as a cigar factory. That proved to be uneconomical when the Cuban factory owners discovered Tampa with all its cheap land and created Ybor City as the place to roll cigars. The usual story for over priced  Key West. 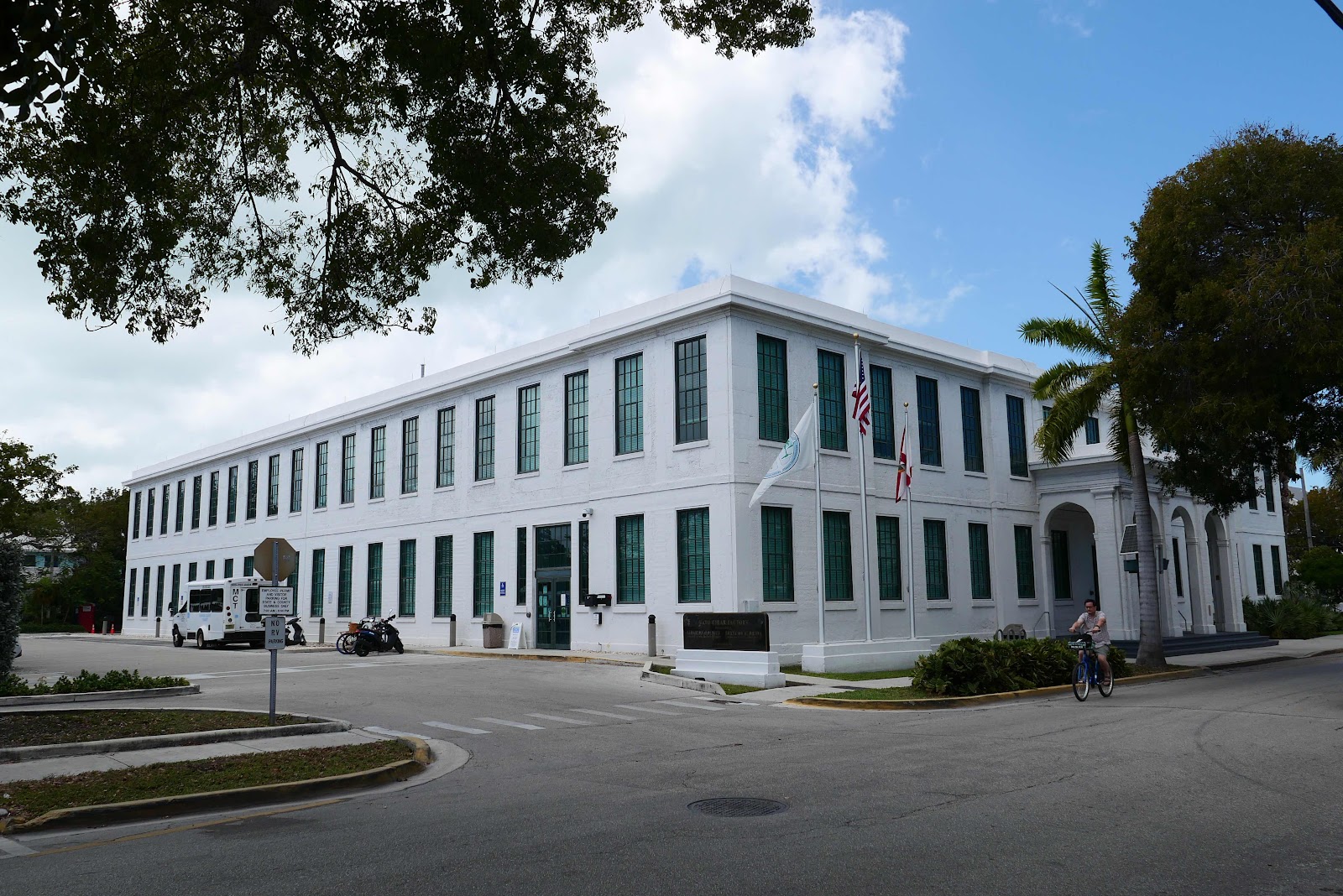 Nowadays the Gato Building houses, most importantly the county department of health whence the authorities deal with coronavirus issues including vaccinations. 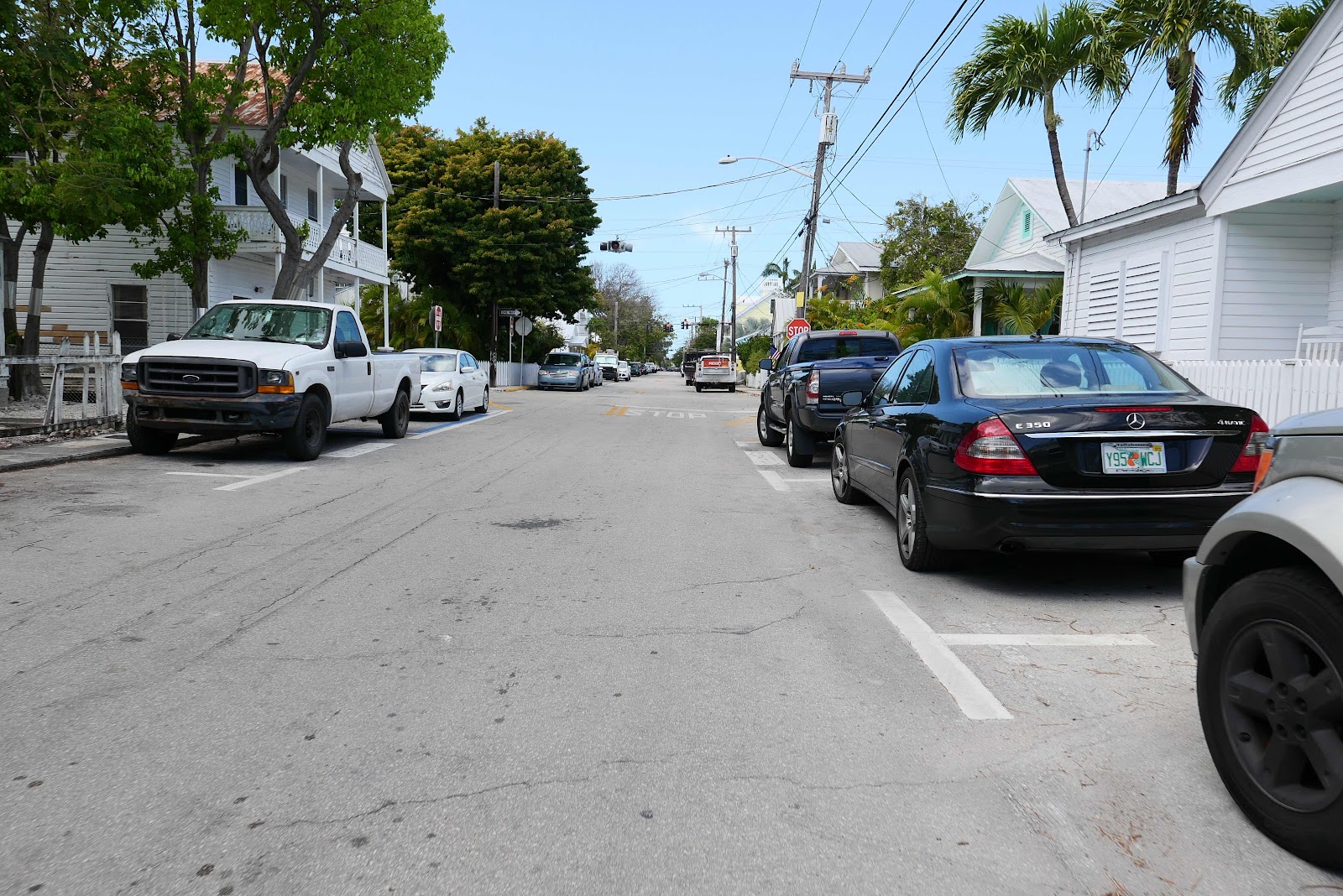 Bahama Village has changed over the past couple of decades just like the rest of the city.  Gentrification has pushed into the village though the African American community remains as the largest segment of the population. 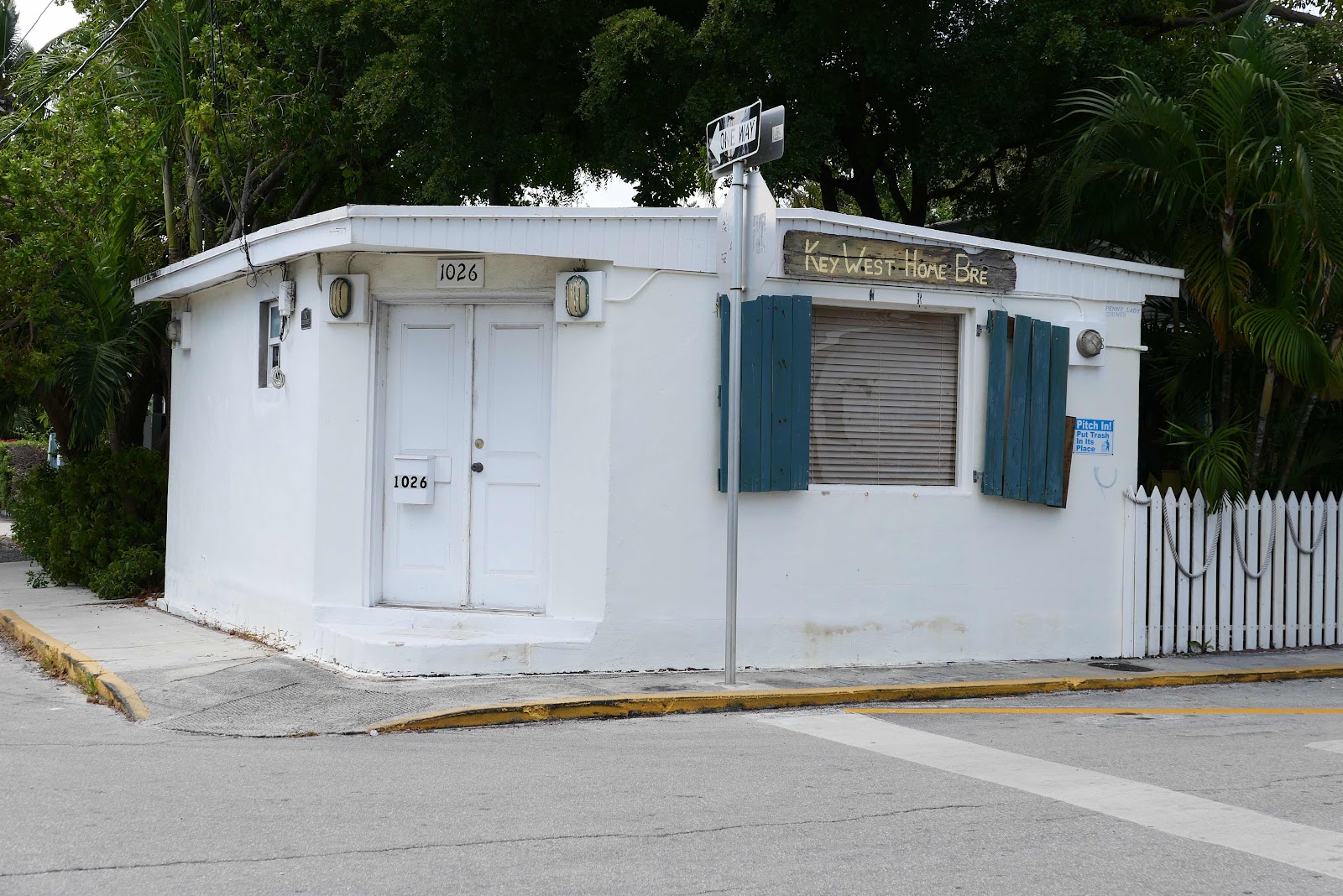 I used to read on forums years ago about nervous some tourists were at the thought of penetrating the Village, the rough neighborhood of Key West which struck me then as ludicrous and more so nowadays. There used to be drug dealers from Miami who meet Key West residents in the Village but even in those days if you were walking through someone might sidle up and ask if you were okay and when you said fine thank you, they scuttled off. Violent crime has always been quite rare in Key West. 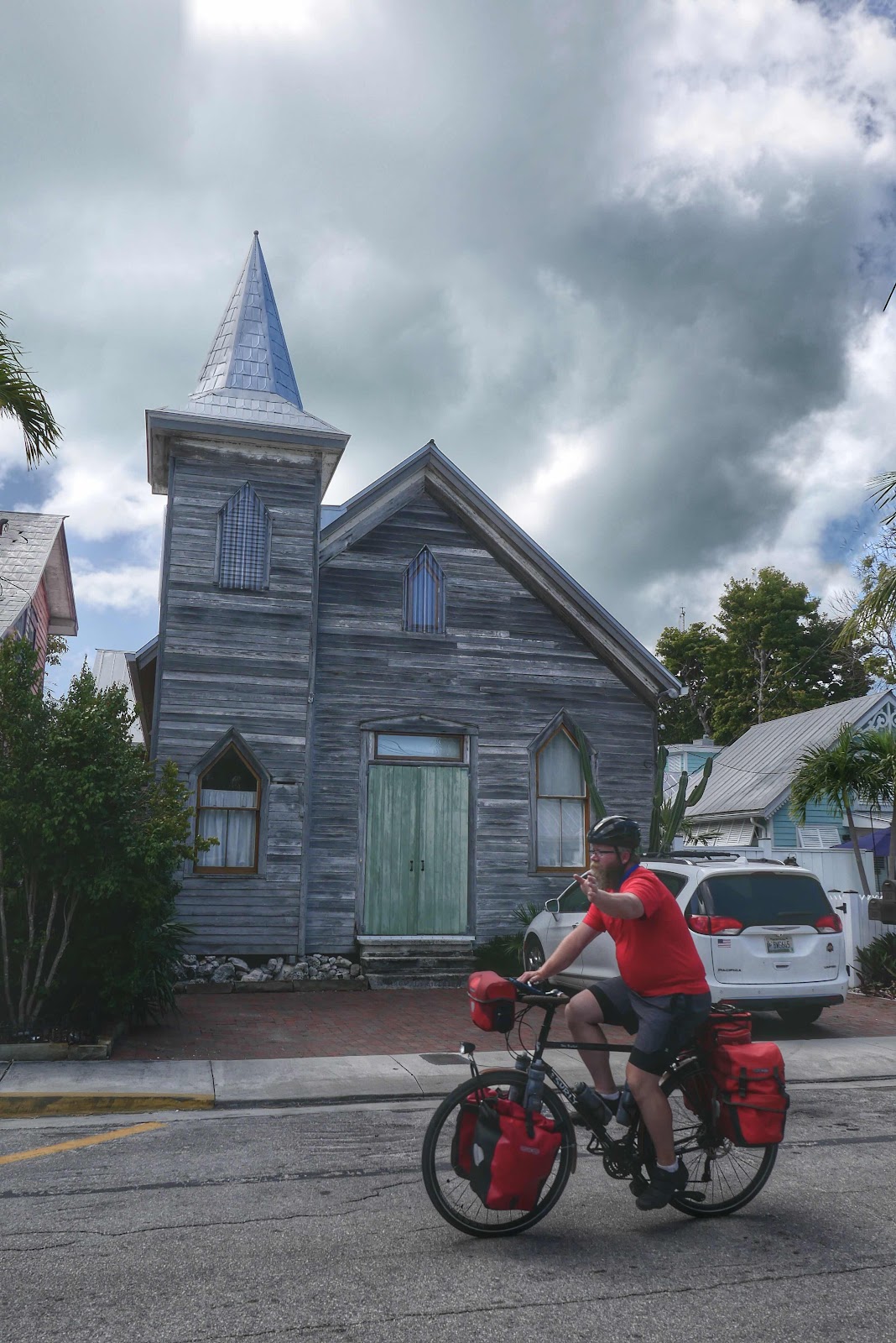 The architecture is as interesting here as anywhere in Key West with lots of churches and former churches scattered about. A smattering of tourists too. 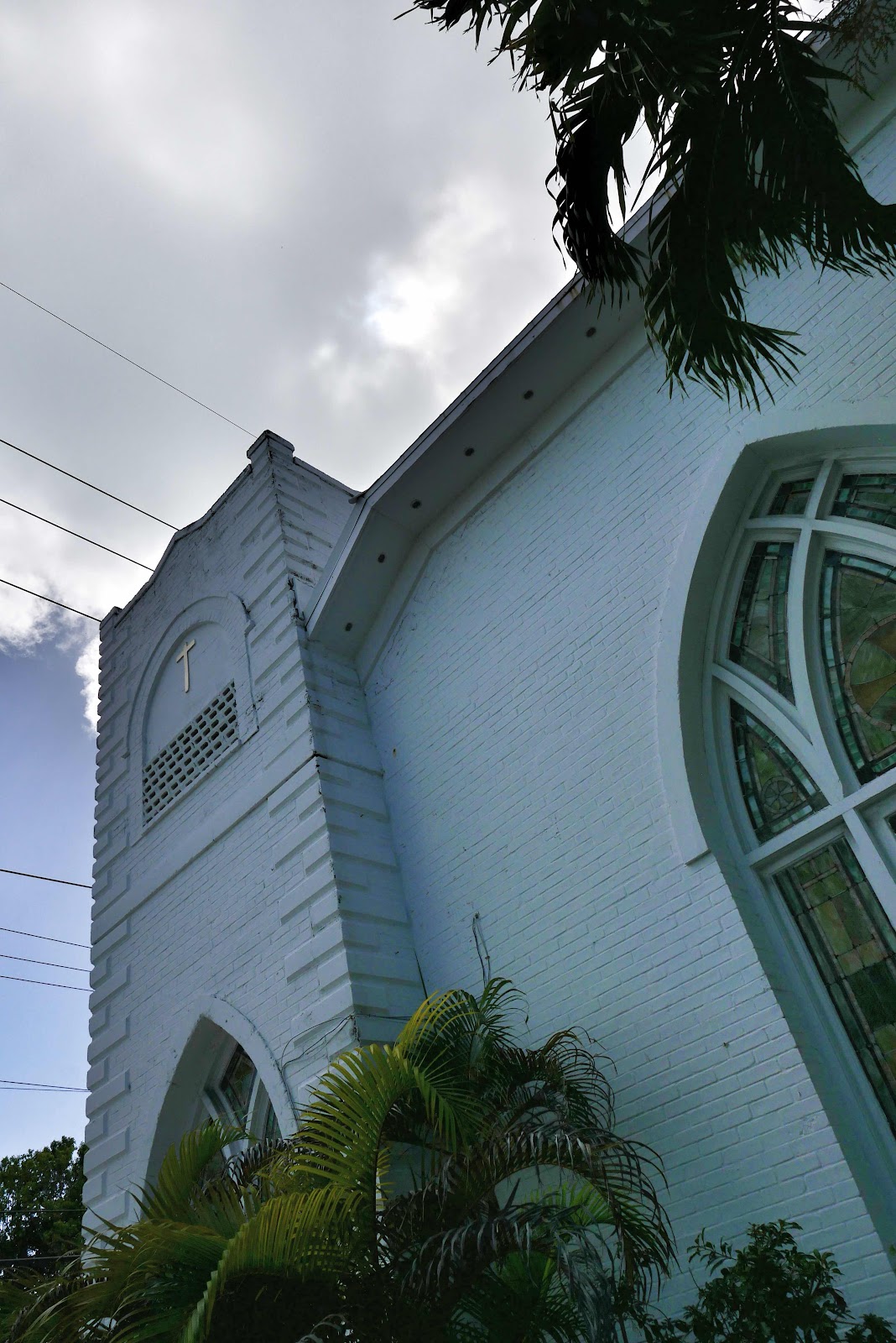 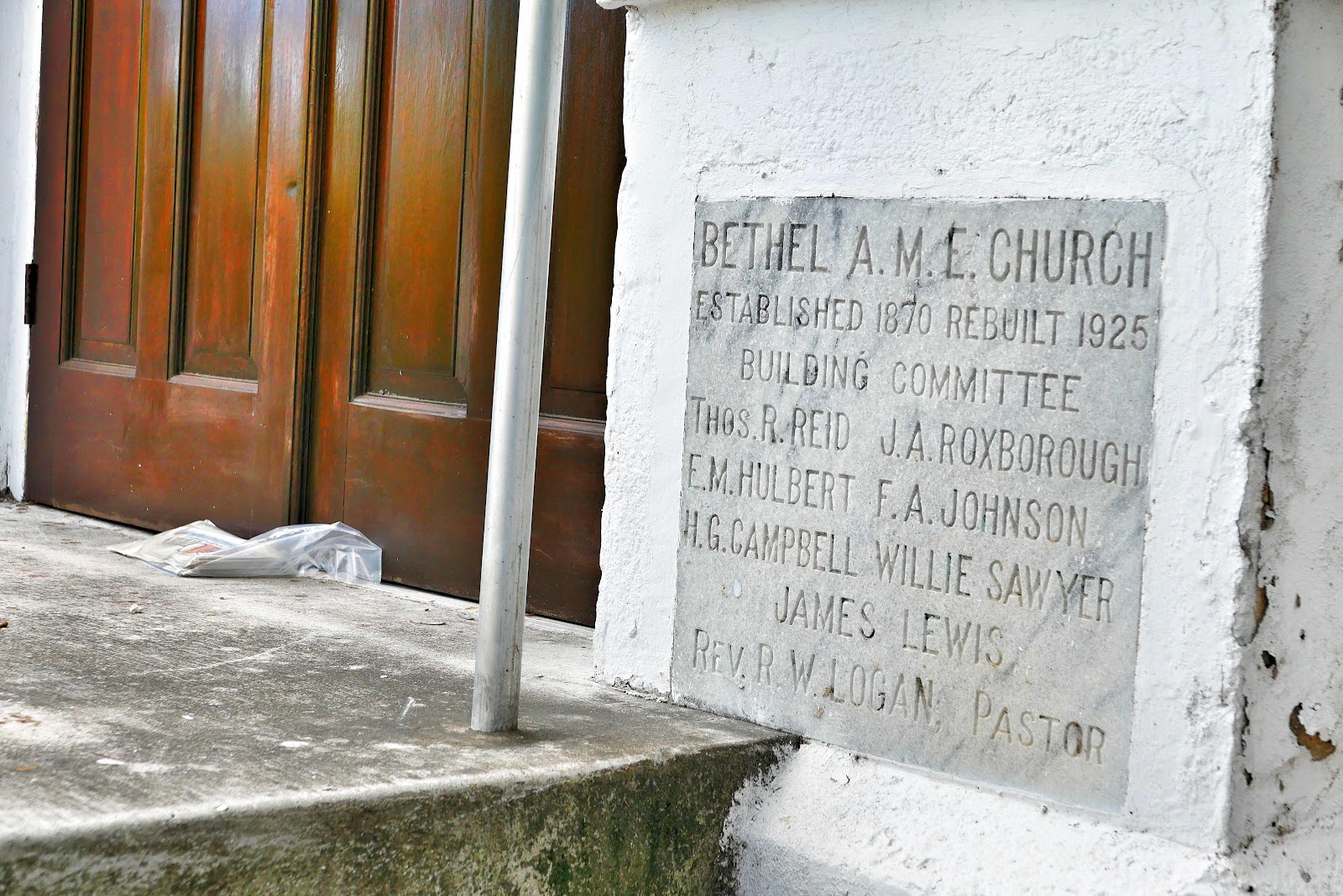 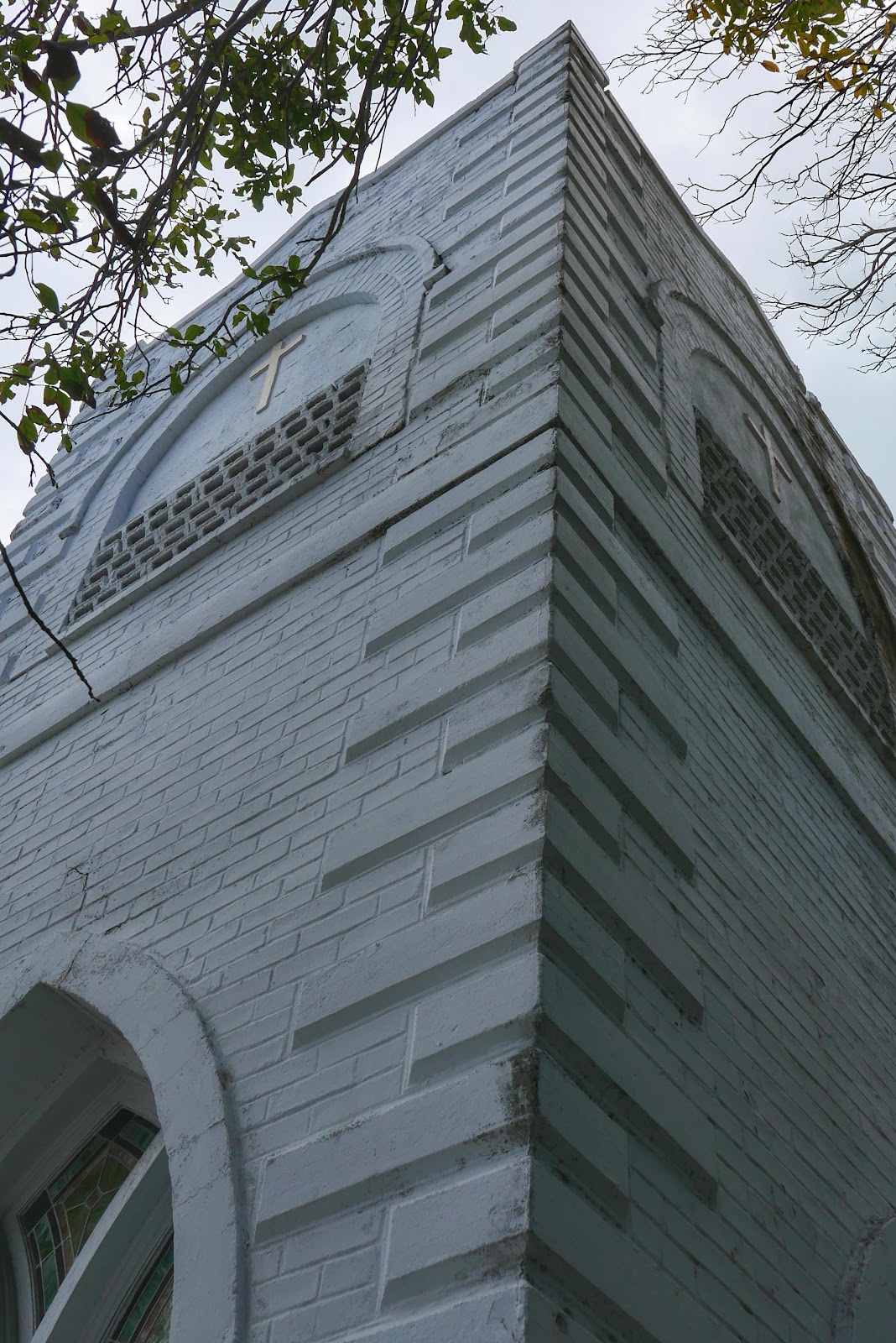 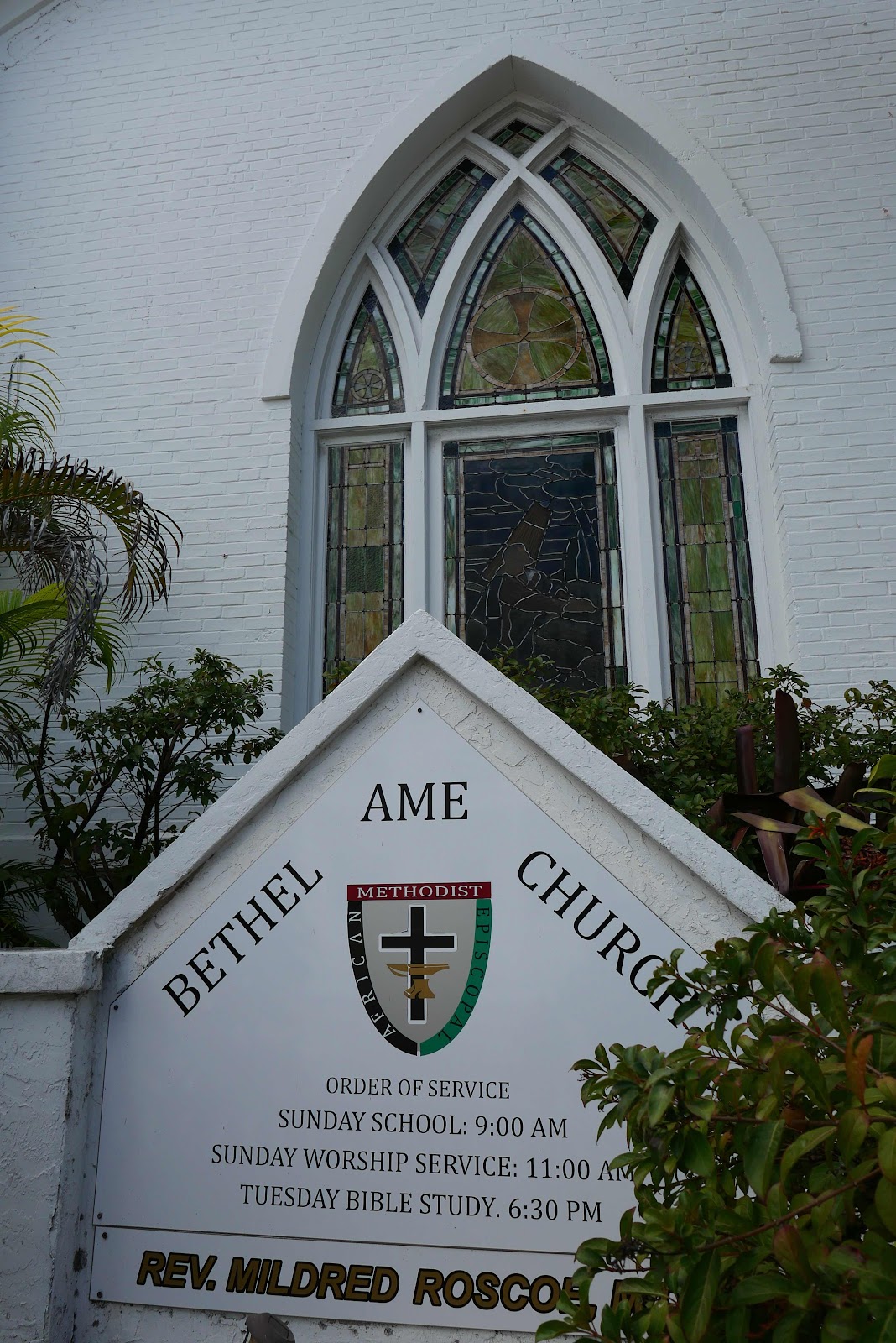 And a few restaurants of note, including Blue Heaven on Petronia. Still there still doing business. 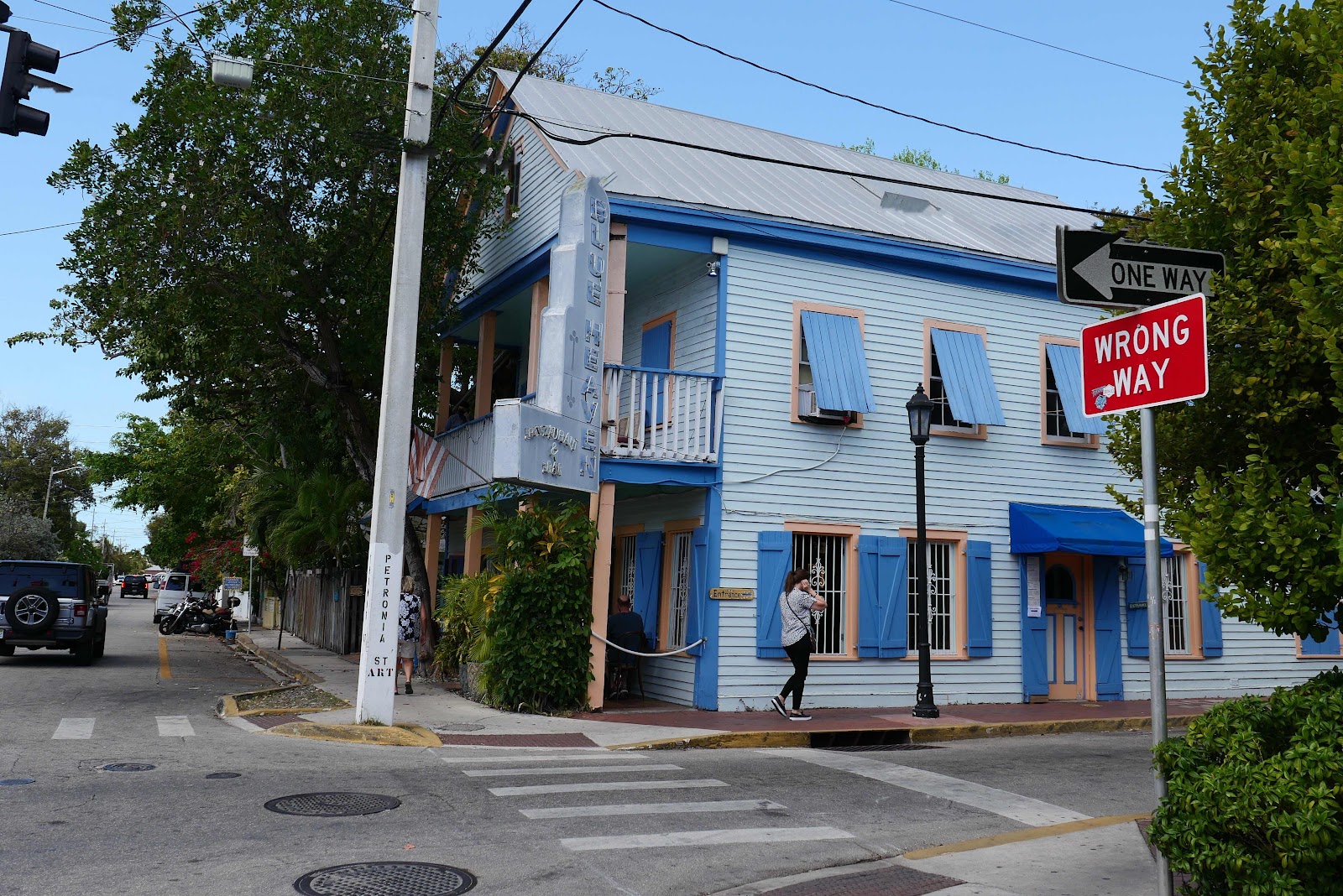 And on the subject of times past and Bahama Village the  city commissioner for the neighborhood passed on the news of the death of a former resident of Chapman Lane, James Chapman. I took this picture in 2012 but the internet is littered with pictures of the man, the myth and his brightly colored tricycle. 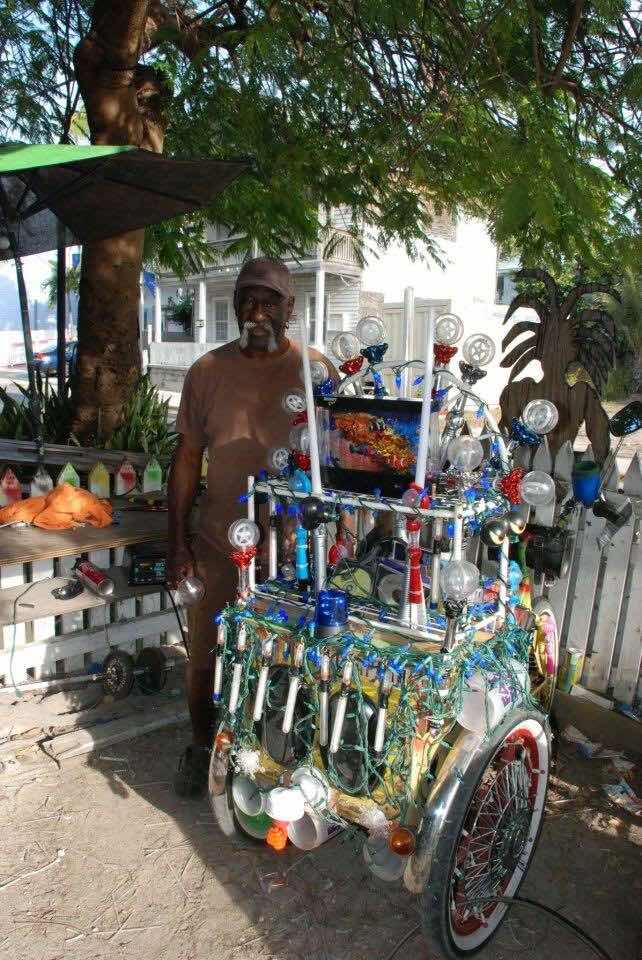 He had been forced to move from Key West in a land grab that took away his home on the lane named for his family, a bitter fate that earned him a goodbye in the local paper:
The Blue Paper.
Posted by Conchscooter at 12:00 AM No comments: