Smoke On The Water

An early start to the morning, leaving the house to chase a sunrise which as the Florida Blogger has noted tends to be more interesting than sunset. This was Big Pine under a bilious yellow sky. 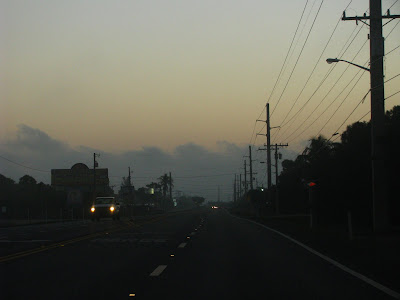 This was the causeway between Big Pine and West Summerland, I was enjoying the wispy clouds blowing across the sky. 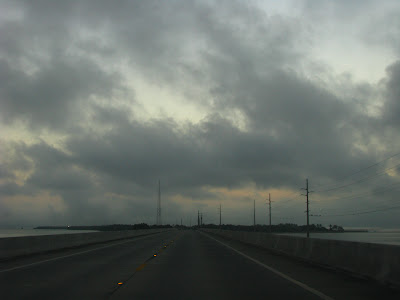 Looking southeast past the Boy Scout camp I could see the early morning sun trying to break through. 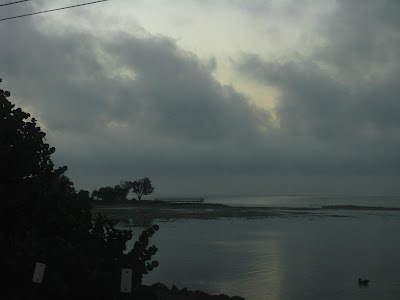 And the old Bahia Honda Bridge was it's usual magnificent self. The air was warm and damp, like the precursor to a cold front. 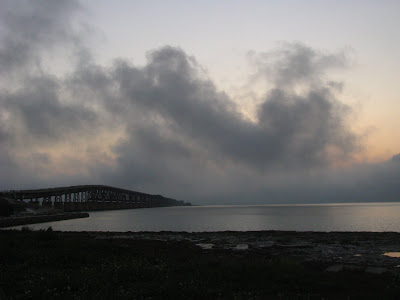 Cheyenne leaped out of the car ready to sniff around and I stood looking at the clouds sinking to sea level and blowing over the bridge. 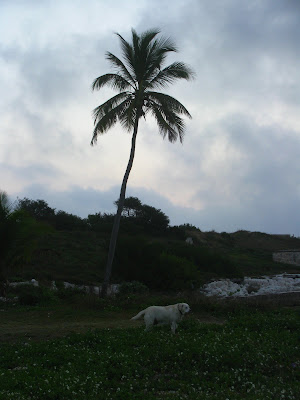 Mostly around here the air and water temperatures are stable and stuff that resembles fog is a rarity, nit unknown but it doesn't show up that often. Mostly the seascape looks like this: 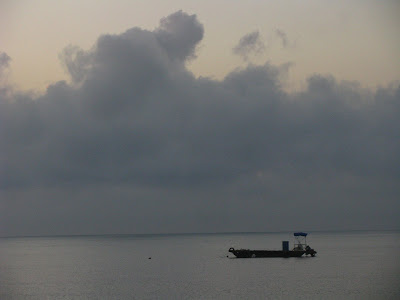 But the heavy damp air was threatening to engulf us in moisture. My newspaper started to get spontaneously wet. 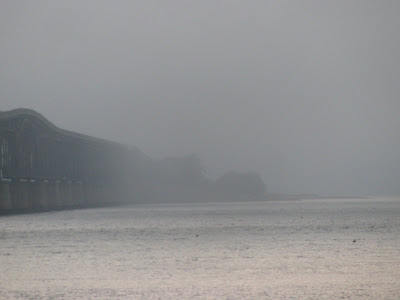 There is a small spoil island, dirt dug up to allow the bridge foundations to be planted a hundred years ago, and the island lies just south of the Bahia Honda State park. It looked extra lonely with it's little mangrove bush in the middle of the smokey waters. 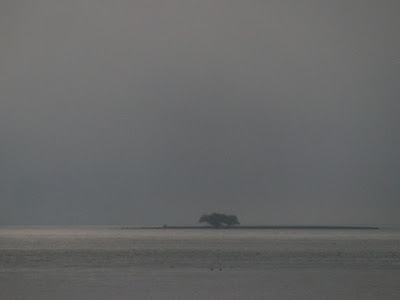 The bridge was getting swallowed by the nightmare fog. 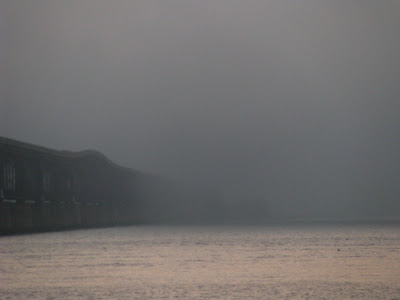 The only spot of color I could see was this Department of Transportation trash can, and the purple flowers behind it. Everything else seemed gray and drab by comparison. 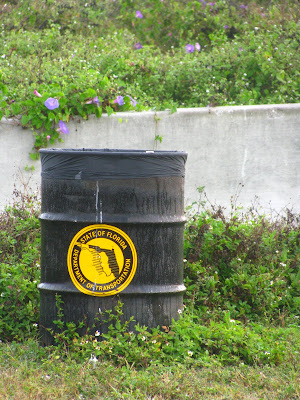 And there was the sun struggling to break through. 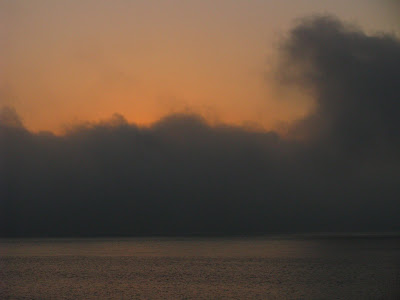 Cheyenne was ignoring my metaphysical contemplation of the grayness of the universe. 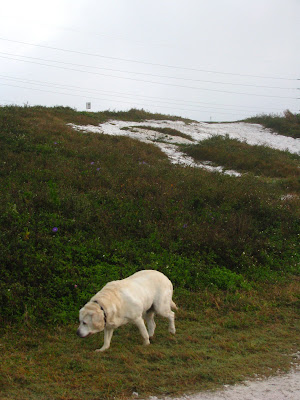 It was a glorious gray strange otherworldly day. I was entranced as usual by the variety of the sameness of every new day in the Florida Keys. 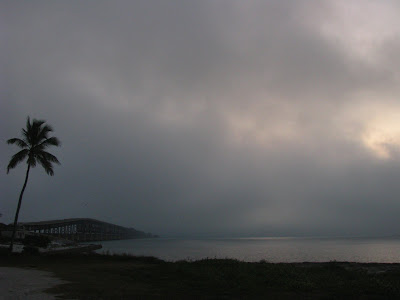 For all that the Keys look the same and lack features, every day I live here i find new and different things to look at. 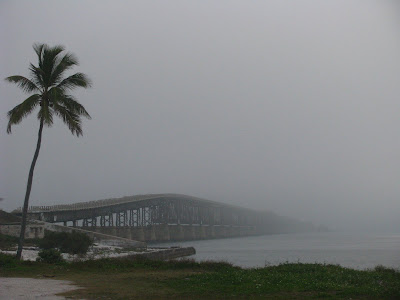 It's all just too fabulous.
Posted by Conchscooter at 12:01 AM 8 comments: Links to this post