I deeply dislike television. Television is an instrument of the devil in my opinion and it creates conflict and confusion. If it bleeds it leads is the mantra we have all heard when it comes to television "news." Television news cannot elucidate or explain or take the time to be boring. Television news reports murders and car crashes because they are full of visual drama. As a result anyone who relies on television for information comes away imagining the world is full of violence. Actually the world is full of politics and meetings and important decisions being taken in rooms far from scenes of blood and gore and violence. However these political decisions get no air time because they need to be explained. 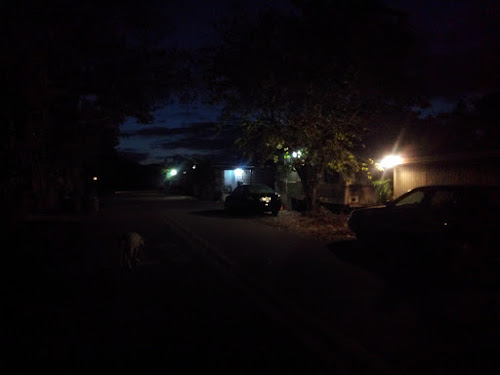 My irritation at television's spectacular inability to deliver the promise of the technology combined with its ability to permeate the culture like a virus has been a staple in my life for years, ever since I read the late Neil Postman's book Amusing Ourselves to Death which I read when I was a radio reporter. As the trivialization of information spread from pictures to words I dropped out of radio reporting as my idea of worthwhile information and the bosses' idea of widespread trivialization were clearly on a collision course. 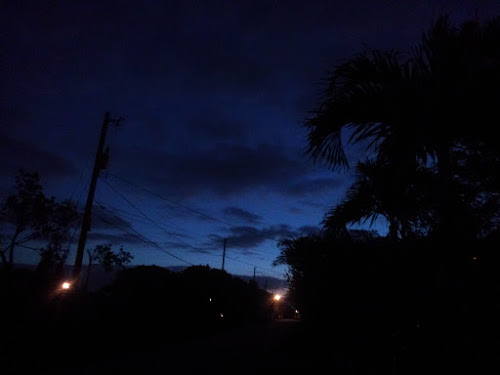 The Florida Keys are ripe fruit for the harvesters of the trivial, a fact that we are bludgeoned with every hurricane season. It is a staple and a joke to see television crews gathered outside La Concha on Duval as hurricanes approach, or threaten or are simply making headlines for want of any other "news" that day. We see reporters standing under the overhangs at the hotel blathering under klieg lights about the storm that wasn't. I have seen the reporting on the weather channel and I soon get irked by the continuous replaying of the same clips of the same waves crashing on beaches and the same clips of the same palms bending in the breeze. Of all the film shot you'd think the editors could at least assemble a hundred different clips to play and reduce the endless mind numbing repetition as the anchors mouth platitudes and offer "tips" which substitute obvious advice for information. 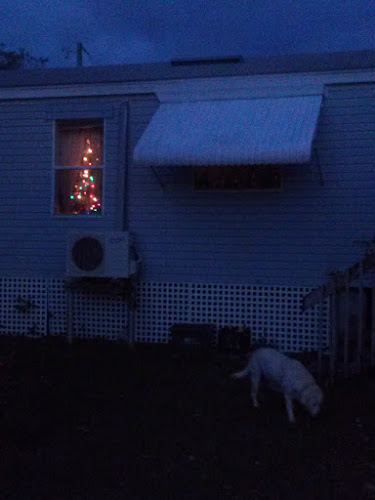 But the TV thing won't go away. Television feeds on cliché so New Years Eve sees CNN in town to "report" the drag queen in a shoe drop down here in Gomorrah by the Gulf Stream. And that fatuous information makes the front page of the paper - all hail! TV was in town! All hail!! Perhaps CNN reports this news because their reporter is gay and wants to drink Mai Tais in the 801. I wouldn't be surprised. Then I read in my venerable local news print that cable television is filming several episodes of fishing guides in Islamorada bitching at each over their lures, suddenly the tedium of casting is fodder for a new reality show. Imagine the excitement in the Village Of Islands - they are going to be on TV! The publicity will be priceless! Even if the publicity is four hoary old anglers gossiping about their clients. Smooth stuff, no doubt. 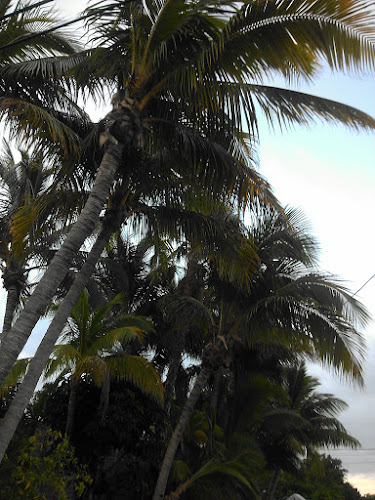 A few years ago television filmed a show called The Real World on Key Haven and that got all the interest for a while. A lot of people liked how developer Ed Swift's family also got all riled up as the thugs and cameras spoiled the peace and quiet of his upscale neighborhood. Serves him right they said, those sniffy residents who get annoyed by the noise and confusion of Swift's endlessly rotating Conch Train schedules, rolling down the neighborhoods with loud speakers blaring. But hey it was television so all is forgiven. 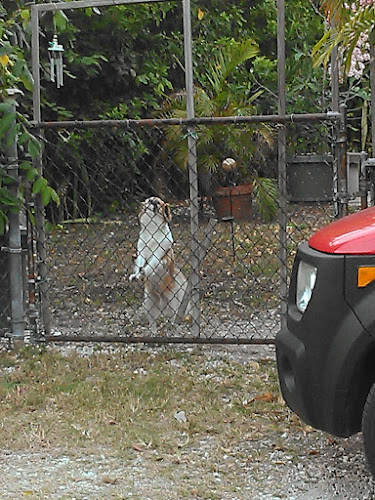 Taking the long view I should appreciate the fact that I live where television wants to be. The mystical properties of the small screen translate my surroundings into someplace desirable where snowbound middle earth dwellers like to take a vacation to feel like they too can be on TV for a week. The thing is that living in the Keys is more like being the catering crew or the dudes who haul the electrical cables across the set, not Martha Stewart and her family lounging on the beach in Islamorada. 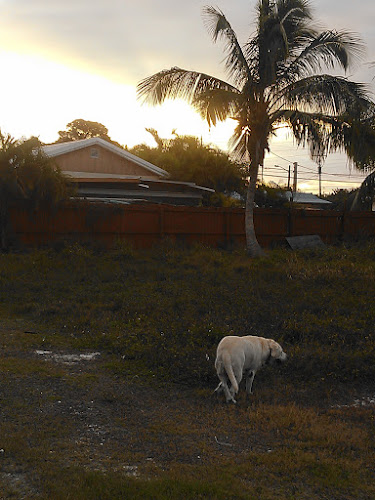 The irony is that many years ago the islands were in fact served by broadcast television, half a dozen local channels networks as varied as PBS and Univision and all the usual suspects were available through rabbit ears in most islands. The towers were paid for by property tax supplements, modest enough as I recall but pretty owners baulked and the towers came down. Which brings us to the delights of monthly cable bills for which I can see no earthly reason as I disdain sports and "news." 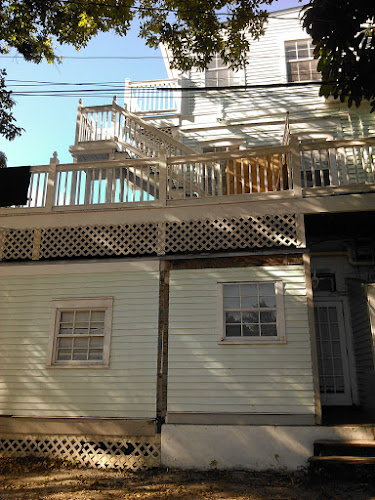 The funny thing for me is that there are great stories being told on the small screen. Depending on your taste screenwriting for TV may well be at it's peak. And though I have no television reception I rely on Netflix for my appreciation, a year behind the cognoscenti perhaps, of shows that tell stories of flawed characters and strange situations and inconclusive conclusions worthy of a tall tale told in any Key West bar. That Key West actually starred in a television series of its own, by that name, is a piece of trivia lost on most. Indeed the storylines of that program were no weirder than real life used to be in the Southernmost City. Television made true. 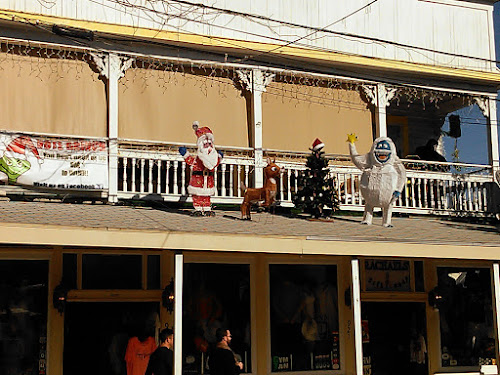 I find myself annoyed by the power of the medium. I wonder at my neighbors who take the time to give a shit about whether or not television is in town to film some stupid thing or other, and I wonder why it matters. I have seen a great deal of adulation of performers, people who have in some measure or other proved themselves as people of talent, and certainly one can appreciate the draw of Kenny Chesney hanging out in town where he is free to be gay in a world that still thinks gay cowboys are objects of ridicule and their troubadours must by extension be ruggedly masculine as well. Oprah Winfrey vacations on Sunset Key. Whoop-de-doo... But here where outward symbols of wealth and status are scorned and the leveling power of paradise is extolled, television rules the roost. Why? I have no idea why anyone cares who is killing whom in Miami, or whose house burned down in Palm Beach or which drug "kingpin" was found on a street corner in Hialeah. But walk the streets of this town at night and you will see the blue screen flickering, drowning out the moonlight filtered through the palms. The sound of monotonous TelePrompTer readings kill the soughing of the breeze across the sleeping town. I cannot explain it but cable, the Prince of Darkness brings the light of false dawns even into Key West. 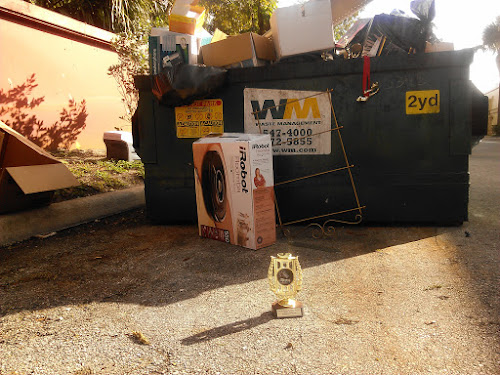