It wasn’t Cana, rather it was the Lower Keys, but it was a wedding to which I was invited and glad I was to go, not only to get out but also to make happy some friends who have been very, very good to my wife and caregiver in these difficult weeks past. However Paolo Veronese (“Paul from Verona”) and St John the Evangelist came to mind to one educated at Hogwarts such as myself. 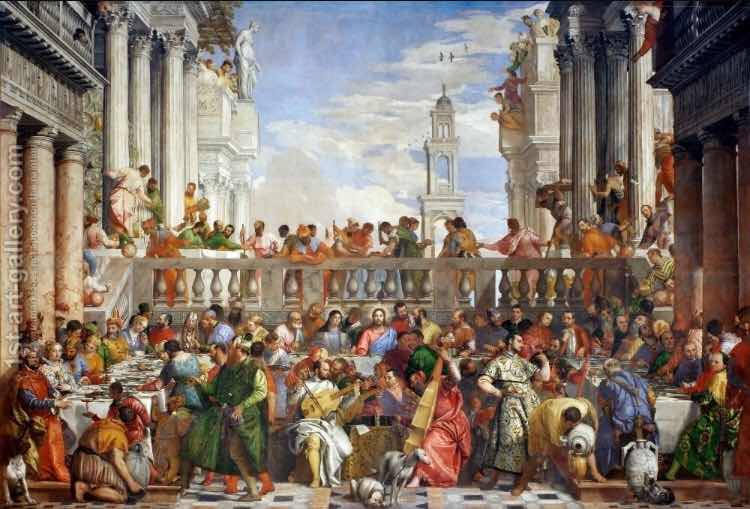 The weather as we shall see was less benign than that shown in the 1562 depiction of the seminal event in Jesus’ brief but drama filled life. He saved the day at Cana in the second chapter of St John’s gospel:
I don’t think the Benedictine monks who educated me would have given me passing grades were my intent here to claim miraculous powers or to put myself on the Savior’s pedestal but as I arrived at the wedding and my wife parked the car on the cement strip reserved for the handicapped I could see the guests eyeing us up to make sure we qualified. I tried to take their glances with the serenity Jesus surely would have employed. Rusty could have come to add to the cheerful confusion but he doesn’t like crowds so his place on the back seat was replaced by my walker waiting to be deployed but first my wife struggled to get the chair out of the trunk. I pulled my legs out of the car and pivoted into my wheelchair.  Oh yes, I qualify for handicapped parking. 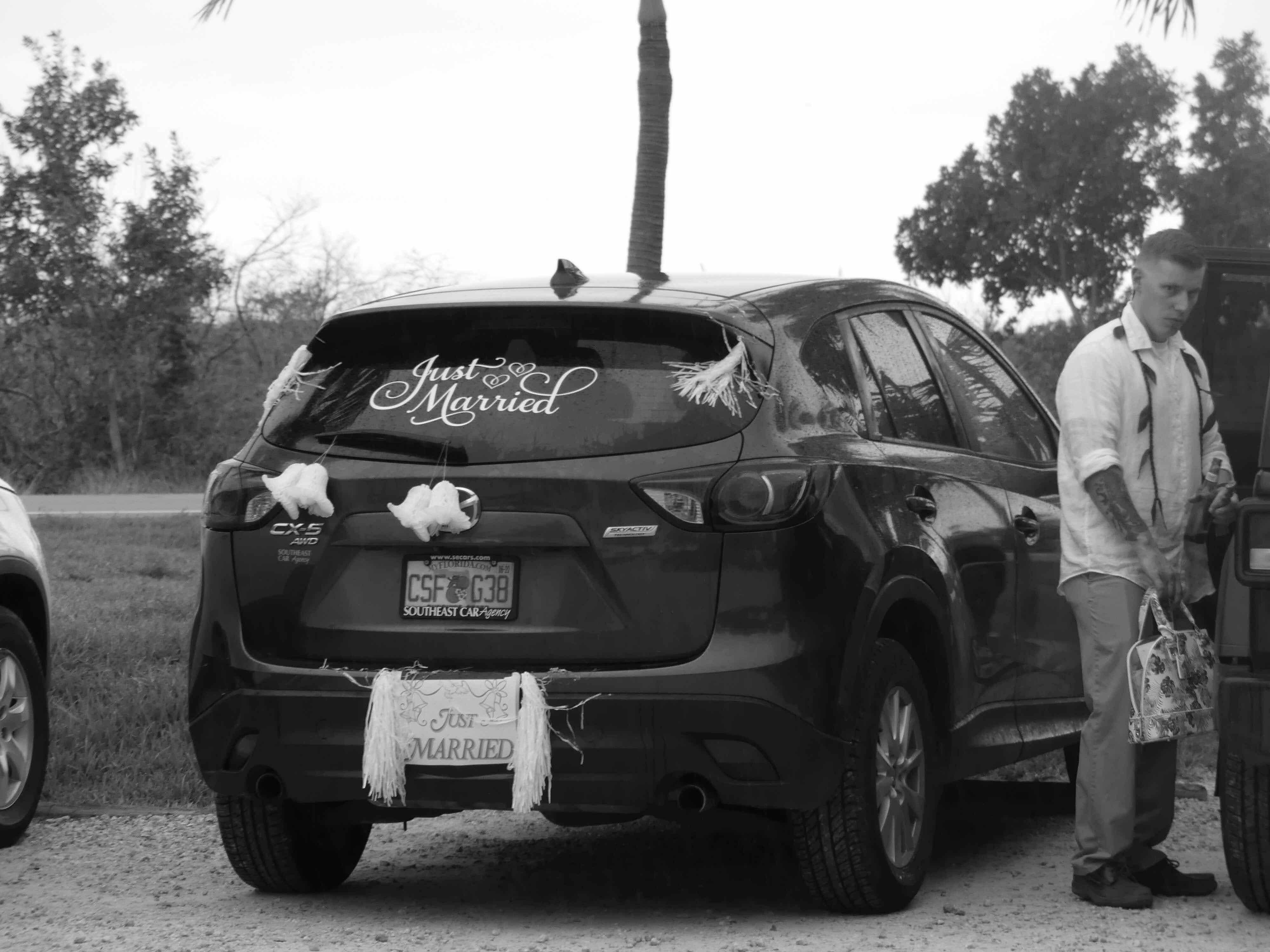 I wheeled myself over to the reception area where we had to put on flower leis to denote membership in the wedding party. Alcohol was next but in an effort to be good I went non alcoholic which only choice was a glass of water. Jolly good. Very refreshing. The event was on the ground floor of the restaurant, and much of the ground was covered in sand with open air tables crammed into cement  in between the stilts which supported the main restaurant upstairs. The tables were those irritating high stool height which, even when you stand seem mountainously tall. In a wheelchair they were barely at eye level. 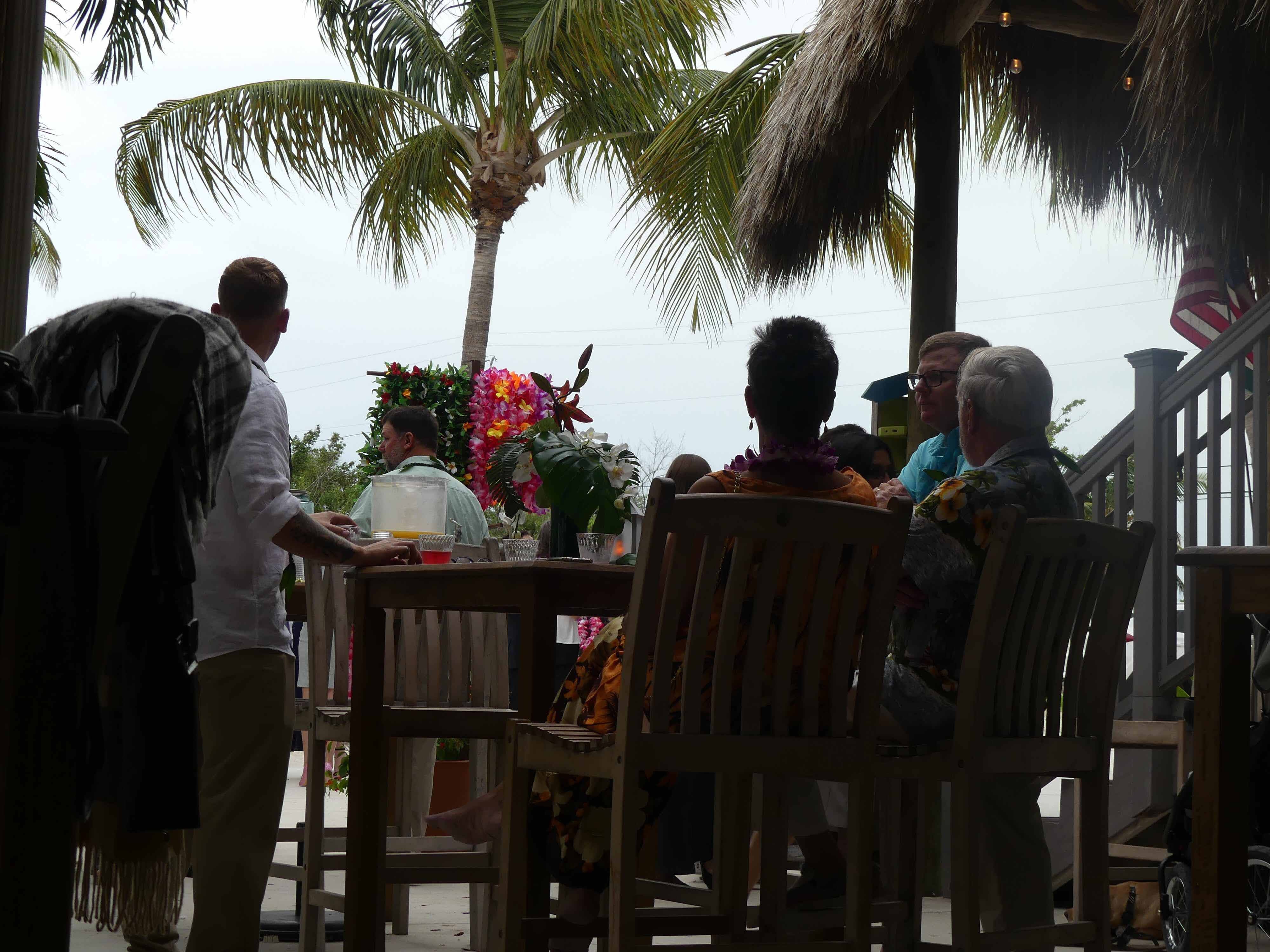 My path through was on the scale of a tank division penetrating the Ardennes forest as guests chairs and belongings were swept aside for the mechanized advance to the bar at the back which gave the only solid surface access to the wedding area which was in a sand pit. They did the wedding itself in mime which was lucky as the soundtrack at the bar was rollicking reggae which I rather enjoyed. 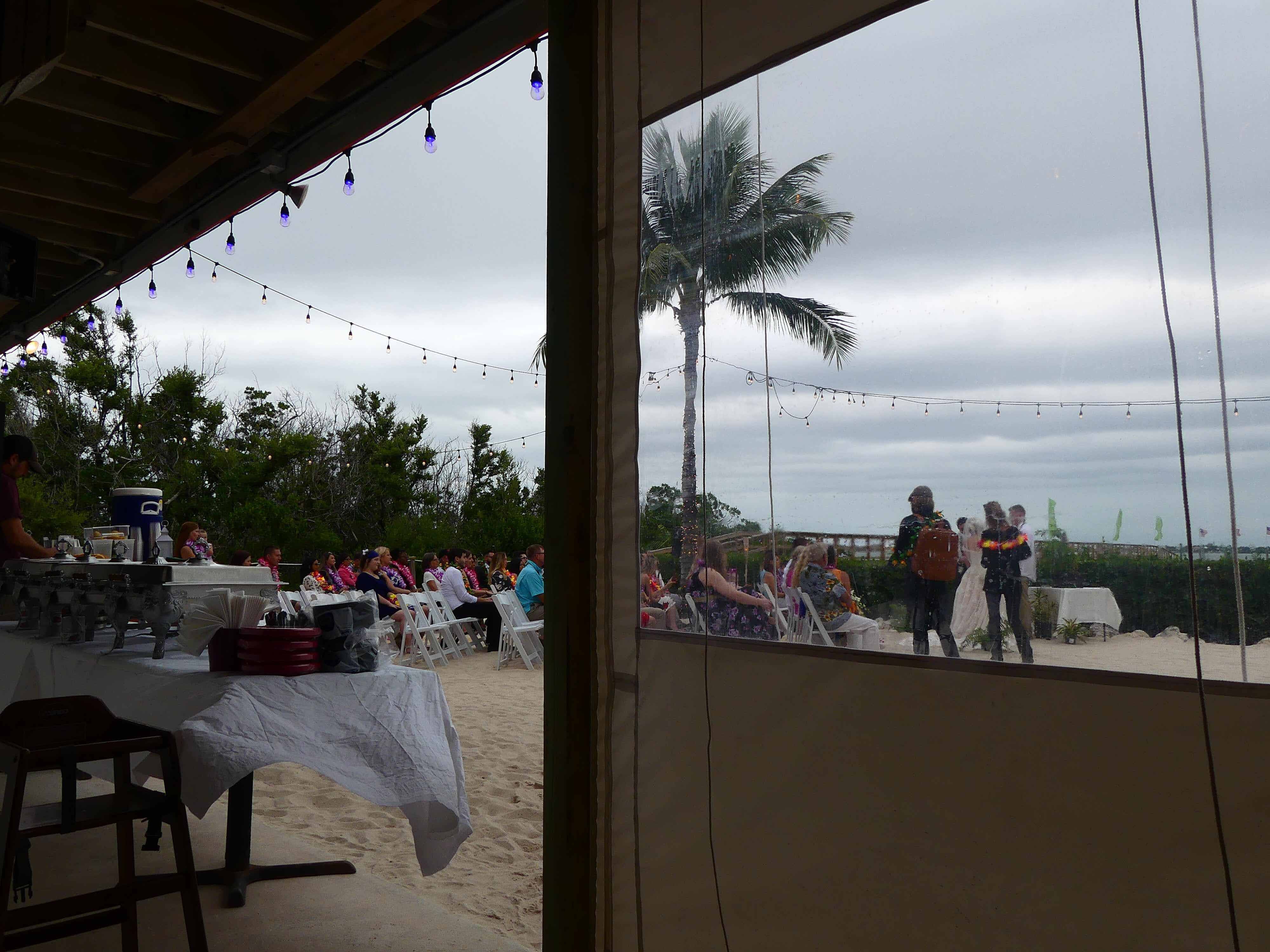 The weather looked non cooperating from a Floridian perspective with gray clouds and wind and threats of rain but if you were visiting from New England the 76 degree afternoon probably looked heavenly, snow and humidity free. 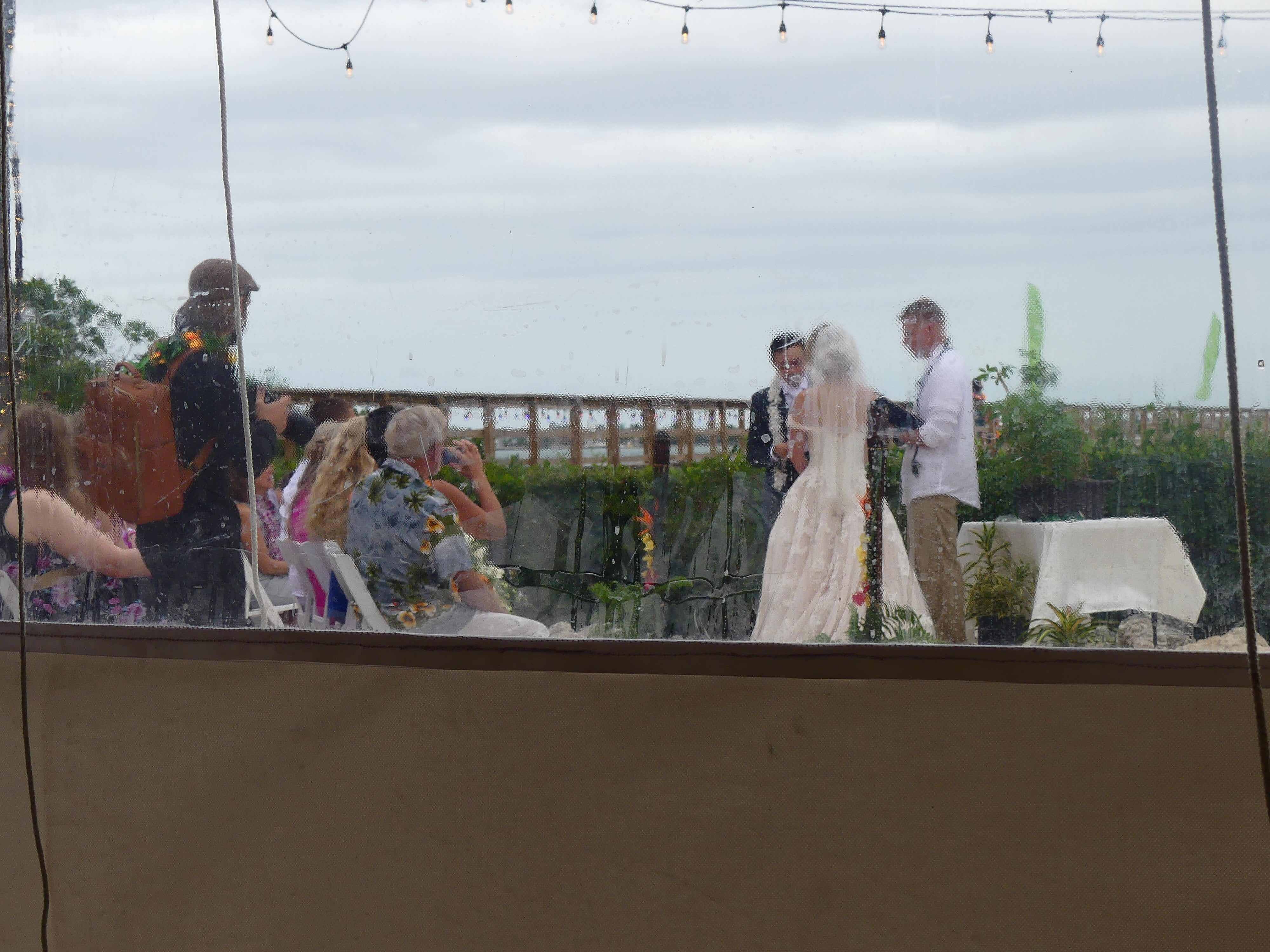 Weddings are about one thing and even though it was done in mime from a distance I got the idea from the distant handicapped gallery. “...in sickness and in health...till death do us part.” The usual. Then the miracle happened. My wife brought me a glass of non alcoholic water and -lo and behold!-  it was wine. I threw caution to the wind and I supped. Food was uncovered and a plate of chicken wings traveled across inaccessible sand and appeared on my wheelchair accessible cement pad. I ate, loaves and fishes style, dunno where it came from. 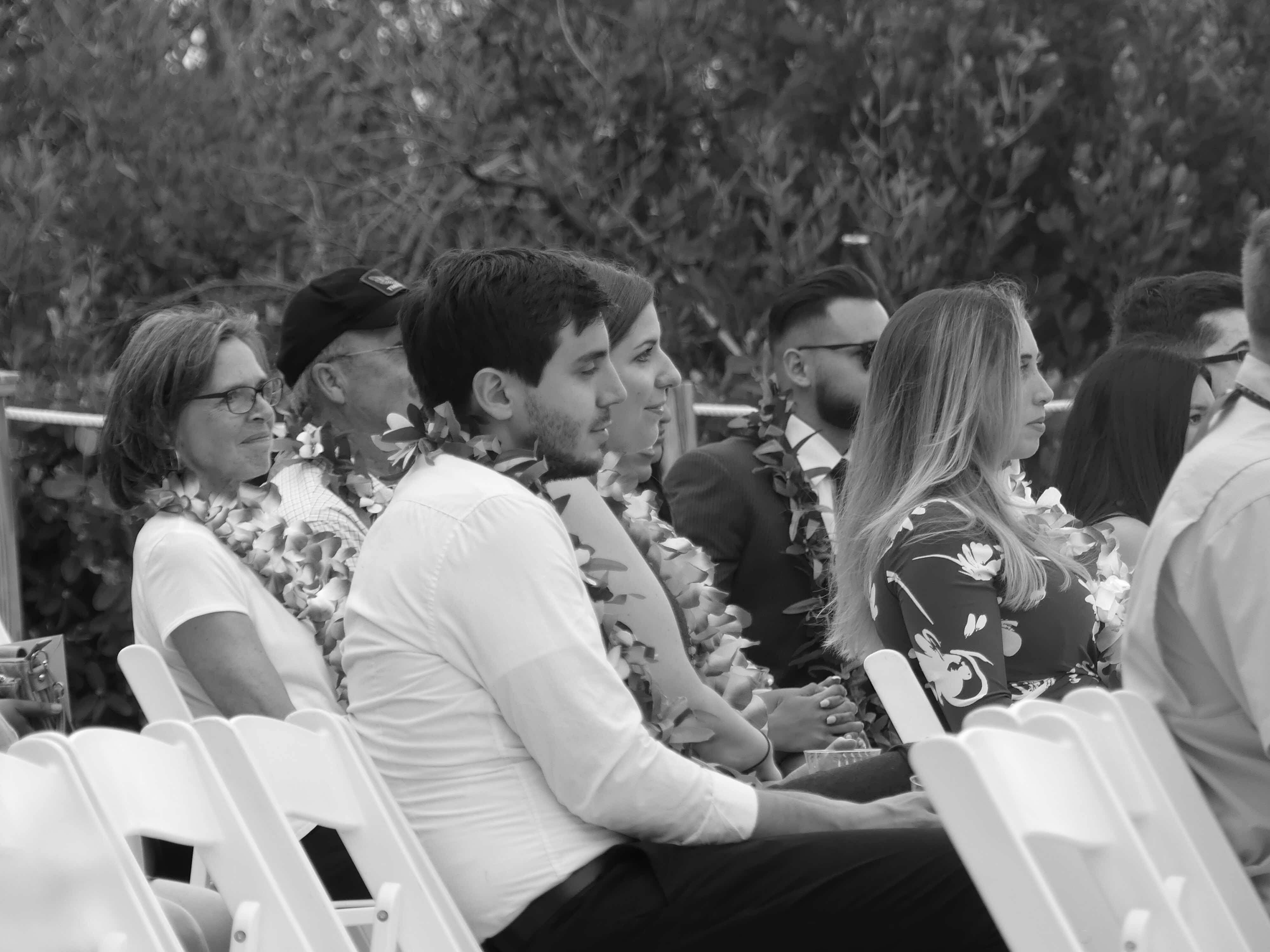 We were part of a small contingent of locals, the visible proof of the parents’ migration to lower latitudes and for that reason I was glad to be there. However it was awkward. Aside from the spaces which required flexibility the simple greeting “How are you?” generated momentary awkwardness as the stranger suddenly noticed I was in a chair and thus unlikely in their estimation to be doing great. I’m fine thanks. Even though you, you great strapping thing are looking down at me huddled between my wheels...it is possible to be handicapped and doing fine at the same time. But youth has its limitations. 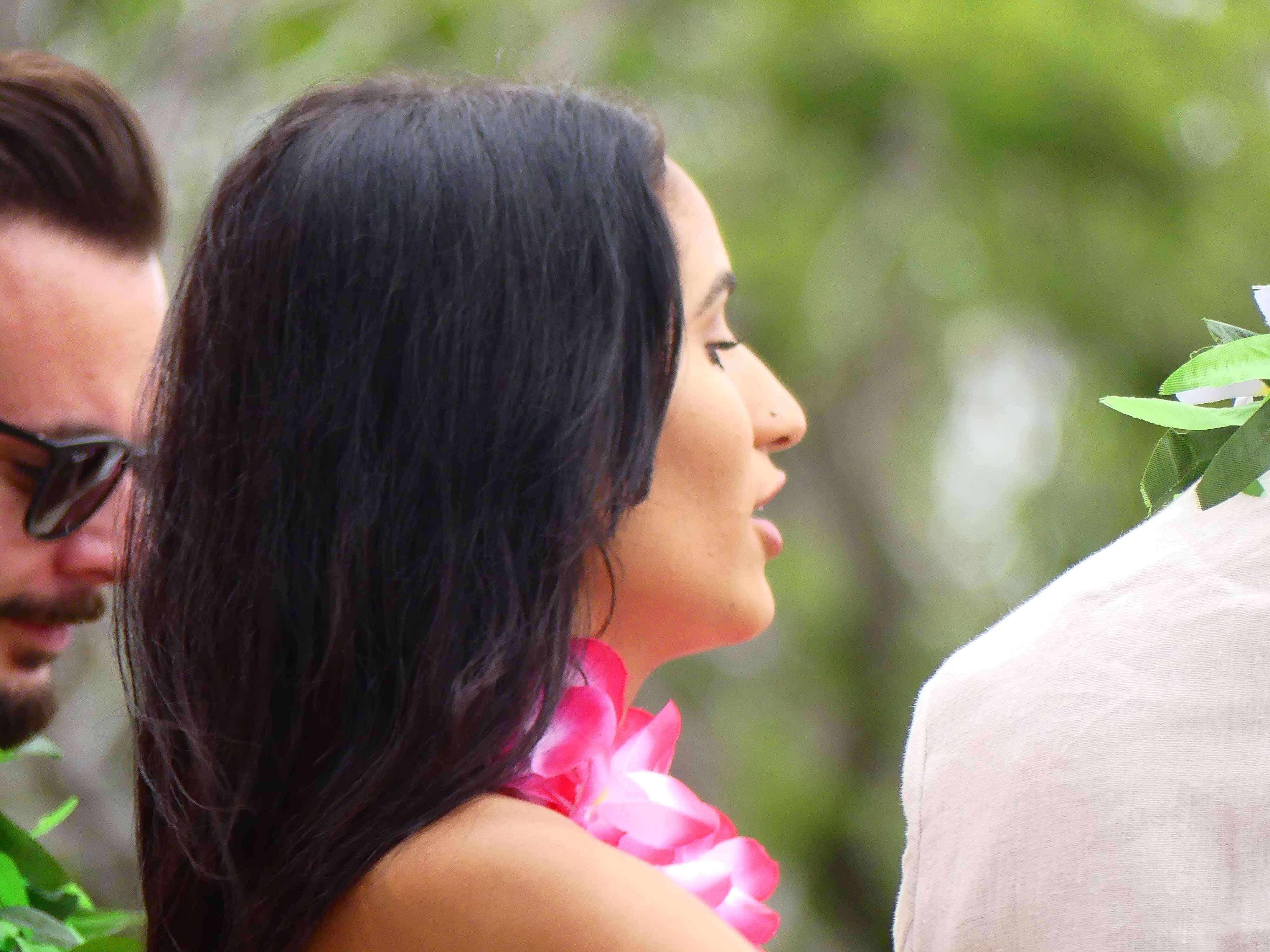 The photographer fell into conversation with me by accident.  Turns out his grandmother broke her pelvis in her 90s and she still likes to garden. We chatted about my experiences in the hospital and his grand mother’s trials. I told the usual jokes about rehab and recovery and I felt a slight bond until I overheard him repeating the story to his wife with wonder in  his voice as though no one in a chair should be capable of making light of his situation. People surprise me. It’s not all blood and guts as you recover sometimes you laugh. Being alive feels pretty good even through rehab.  I missed the comfort of familiarity. I missed Encompass Health.  There I’ve said it.  We were all in wheelchairs. 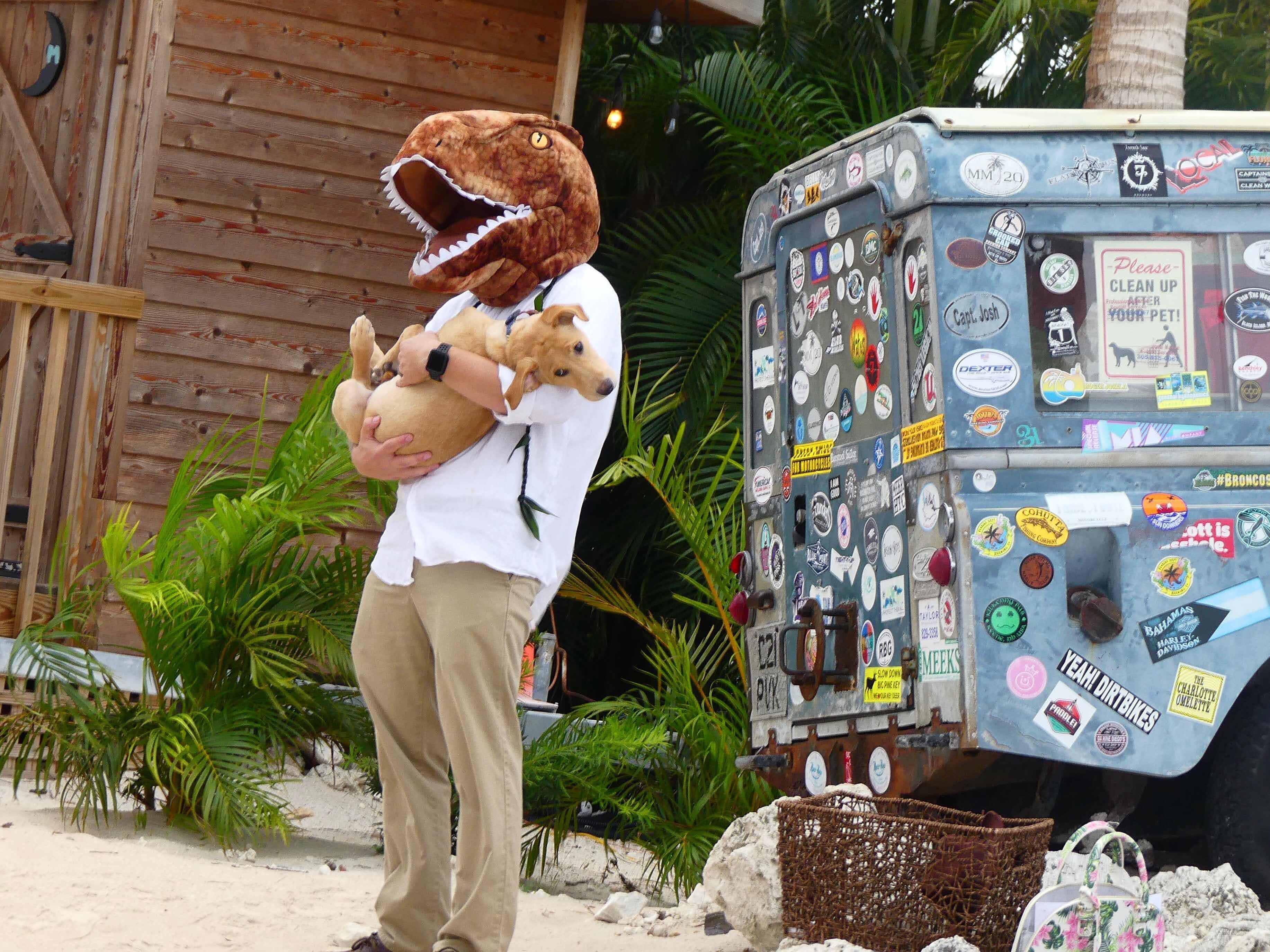 The staff were massively helpful and got the empty chair back to the car while I tonked my way back through the Ardennes forest of high chairs using my walker. It caused some distraction as kind people leapt like scalded cats as they noticed the cripple approaching. 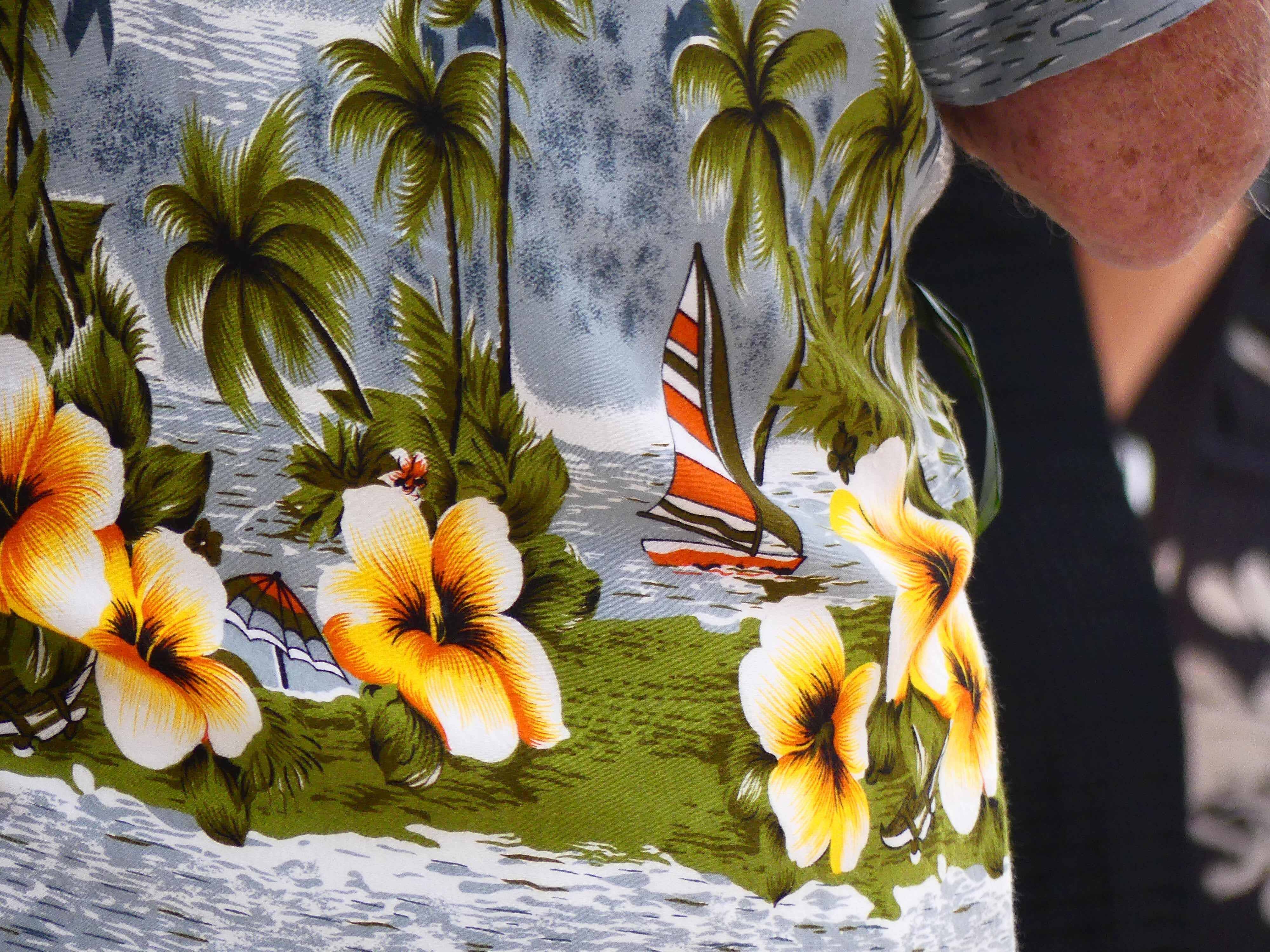 I did my duty. I drank I ate I witnessed the public commitment.  I went out in public a cripple and survived the apartness. I do it again on Thursday at a gathering of people to feast. This has to get easier.
Posted by Conchscooter at 8:40 AM 5 comments: