As part of my incorporation of exploration into my trips by electric mobility scooter I was checking out the tidal canal off Donald Avenue hoping to see I wasn't sure what. I ended up noticing no wildlife but a bunch of dead mangroves, burned by Hurricane Irma. So I took a couple of pictures, one with a filter: 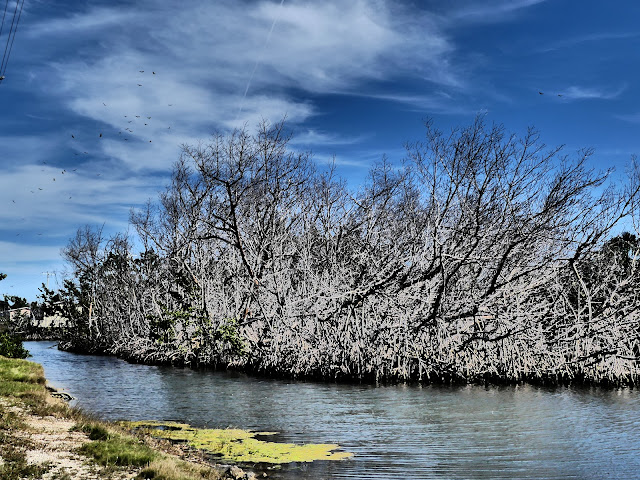 The other without. Hurricanes suck up seawater and rain salt water on the just and unjust alike as they sweep across land. Gardeners are advised to soak their gardens with fresh water before a storm to limit the damage of the salty breezes from these storms but Irma was so bad it wrecked plants normally immune to the salt environment. 140 mph winds can do a lot of damage. 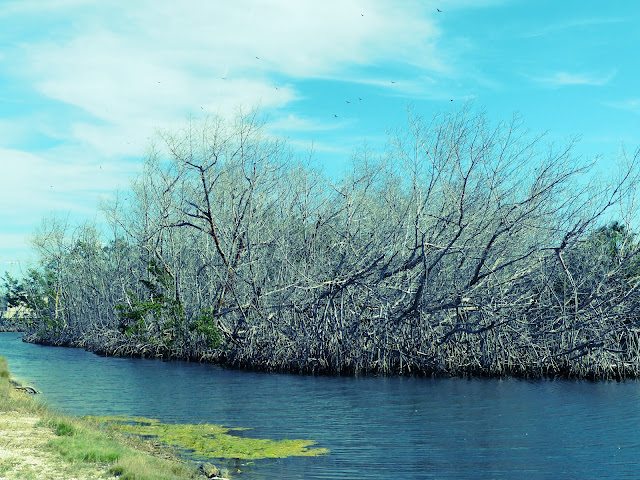 Rounding the corner onto 20th Street I saw the black fence at the corner house which prompted me to take a picture of it. How often do you see a homeowner so bold as to paint their outer perimeter such a color? Exactly. 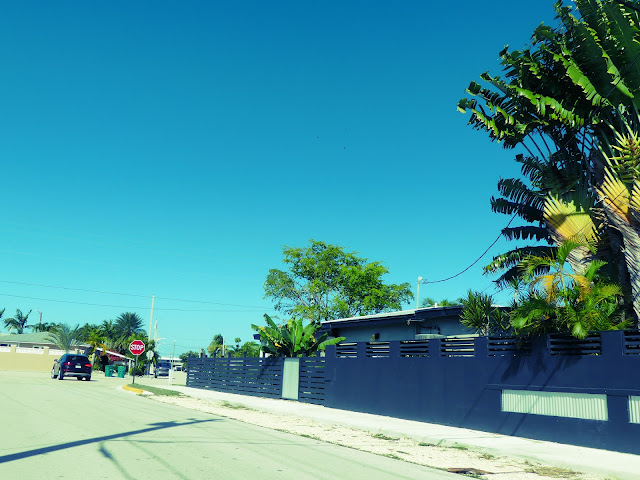 Poinciana Housing used to be Navy quarters in the 1950s. Then the 154 units were deactivated by the Base Realignment and Closure Commission which gave the buildings and land to the city which promptly set the property aside for low income housing. 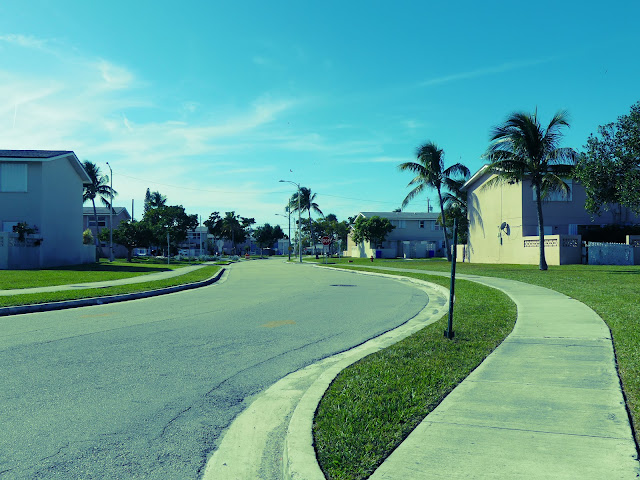 Weirdly enough it is still surrounded by fencing as though to secure the residents from predators outside the former base but in light of the fact the two entrances are wide open the fence seems to serve no real purpose. It just makes you work to get inside. 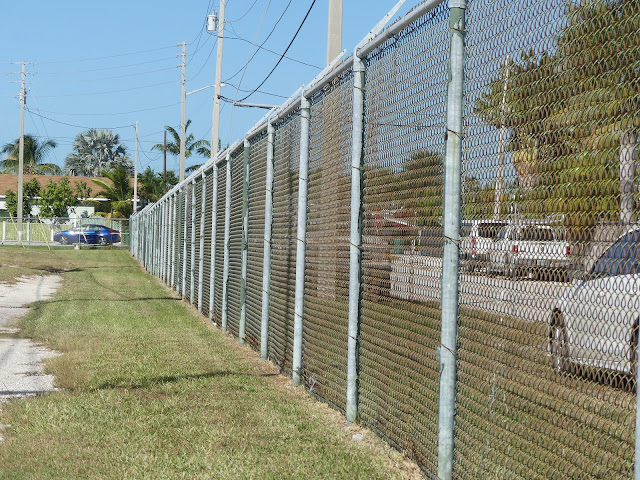 The odd thing about Poinciana is that in a town where space is at a premium there is surely some more efficient way to use the green acres located inside the rusting boundary fence. I think of Meridian West on Stock Island, high density low income housing with shaded parking on the ground and two floors of housing above, all stacked and not at all unpleasant. The trick would be to rebuild Poinciana without displacing people right and left. 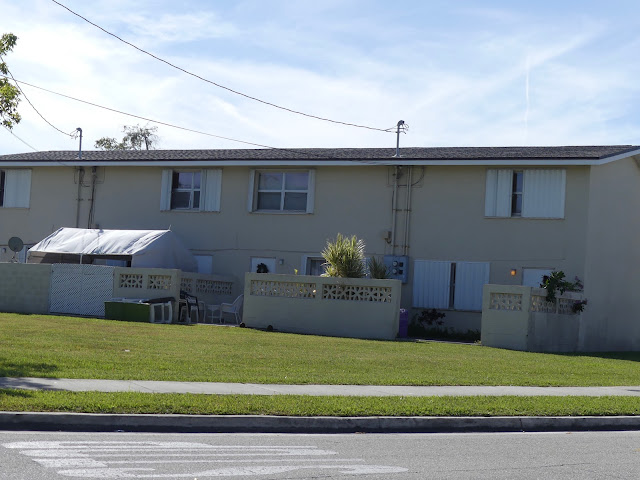 The city is always wringing its hands about worker housing but like anything else you have to build it to create it and so far...nothing. 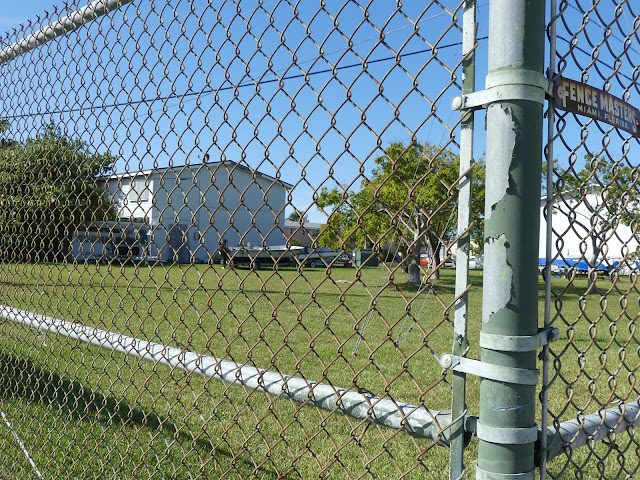 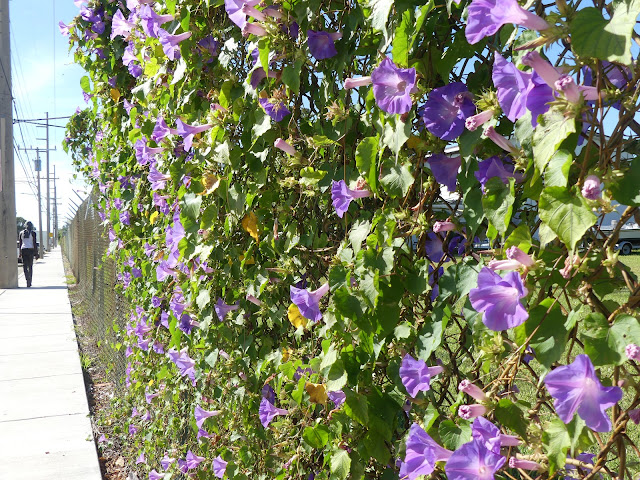 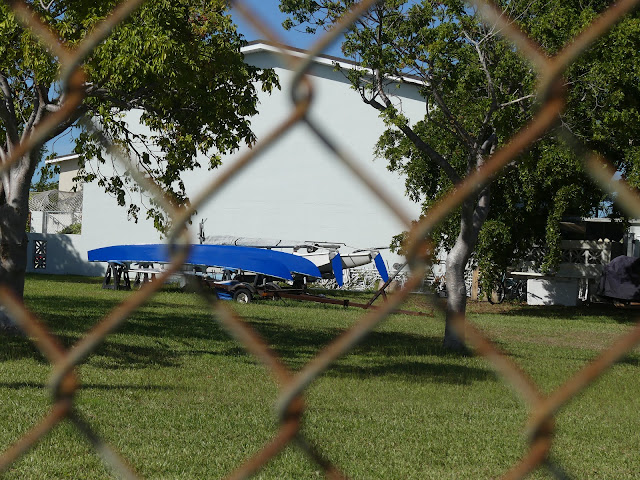 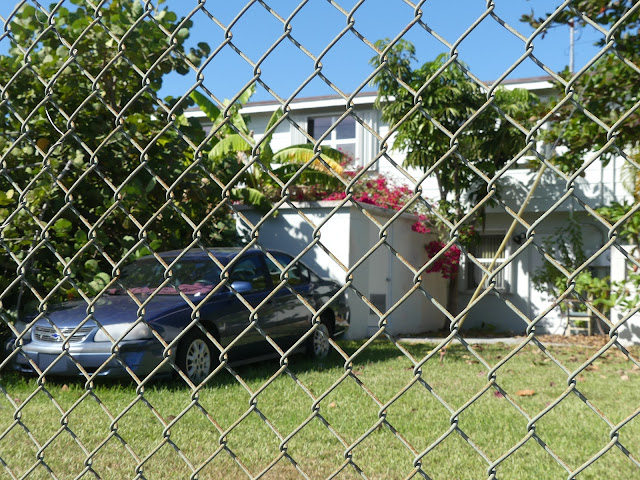 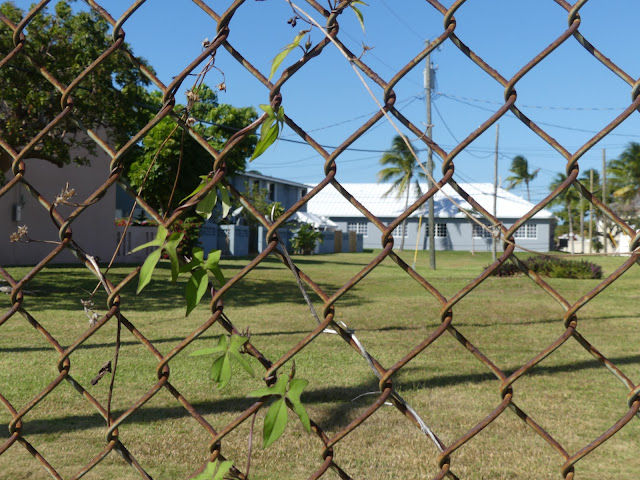 I gave up rolling to the other entrance on Duck Avenue at 5 mph and turned around shooting some pictures through the irritating fence. 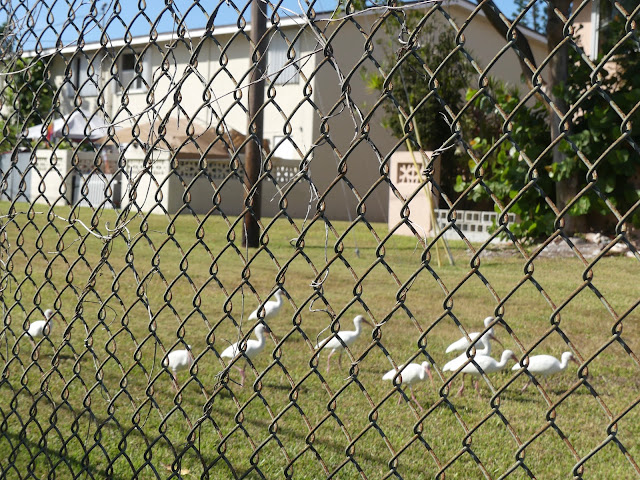 And across the street a sign of Christmas. Smile! You and your red teeth are on camera! 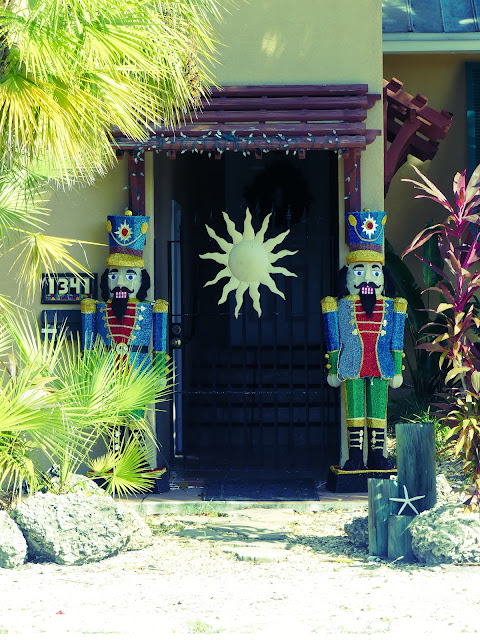