Walking down Caroline I saw the first sign of summer: water mist chilling the lunch time crowd at Fogarty's. 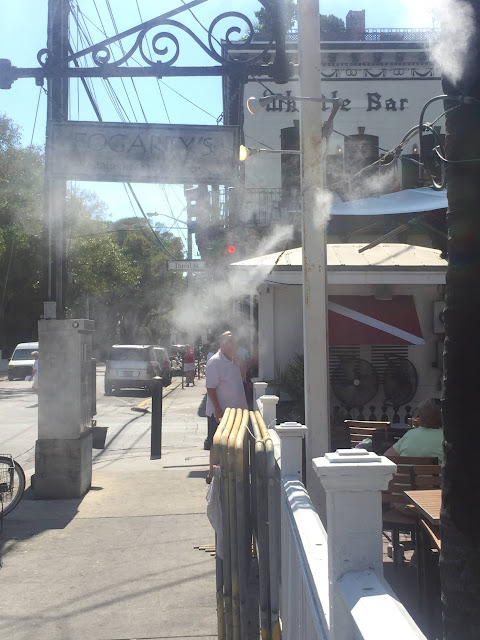 It's  Spring Break so the city is crowded with people not used to the heat. So they chill out with alcohol which may not be their best option but they will only find out about that later in the day. 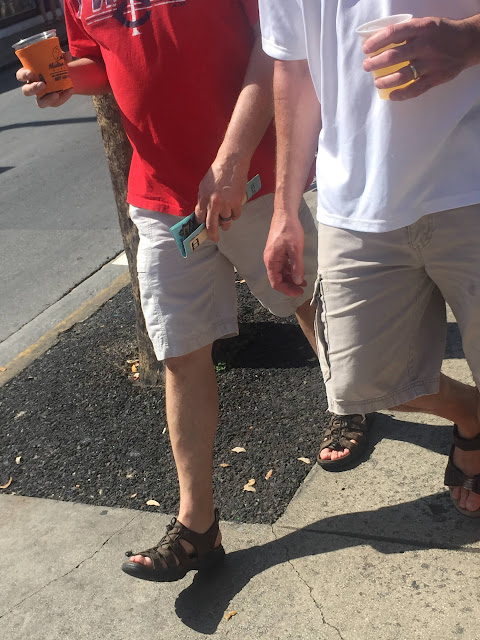 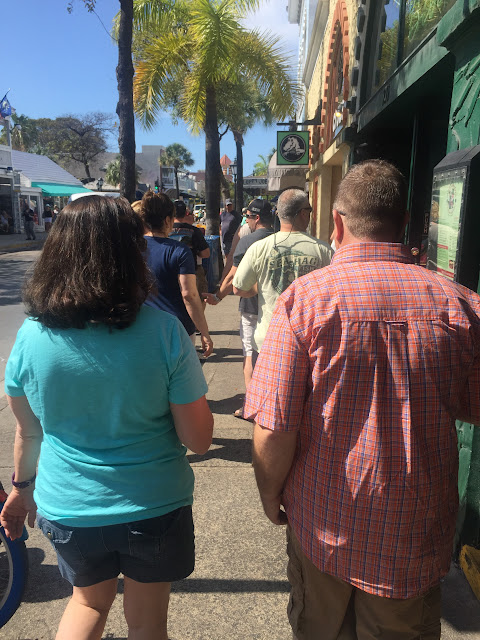 I liked this view of the crowd checking the menu as it were at the strip club. I have no idea what the hesitation was about, either you do or you don't. 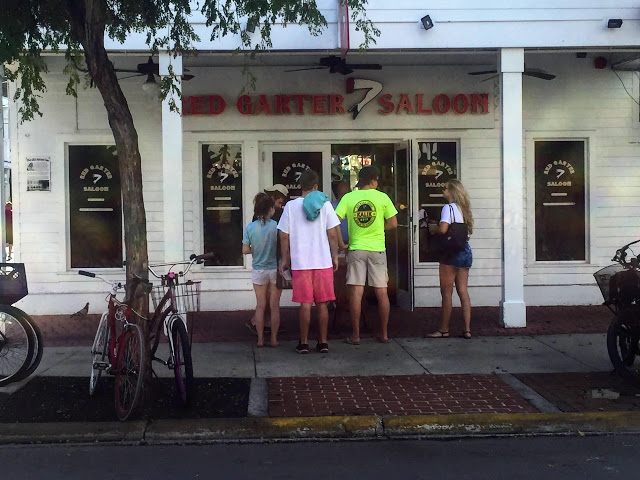 The new CVS resplendent in the afternoon sun. It was actually quite hot. 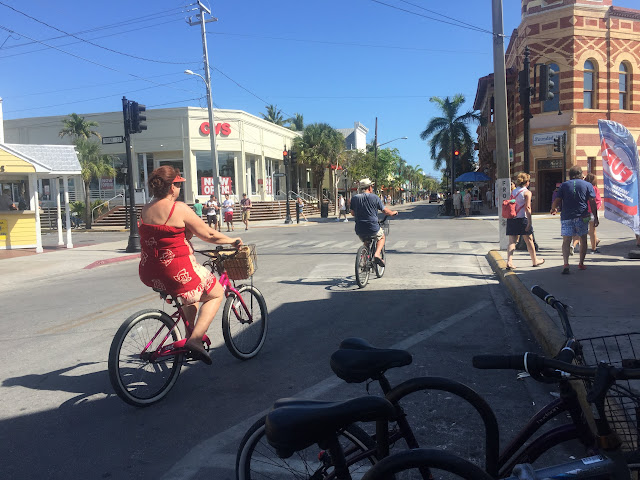 The pirate's dog was yapping. I can hardly blame the animal but I wonder how people can sit next to barking dogs and ignore them. 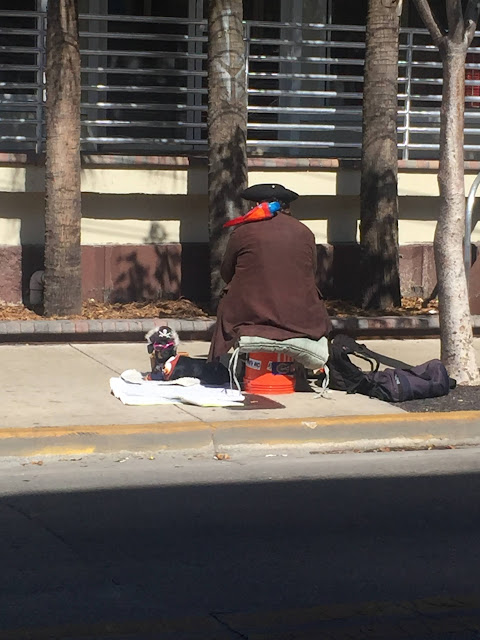 There are always lots of people trying to make a living on Duval: 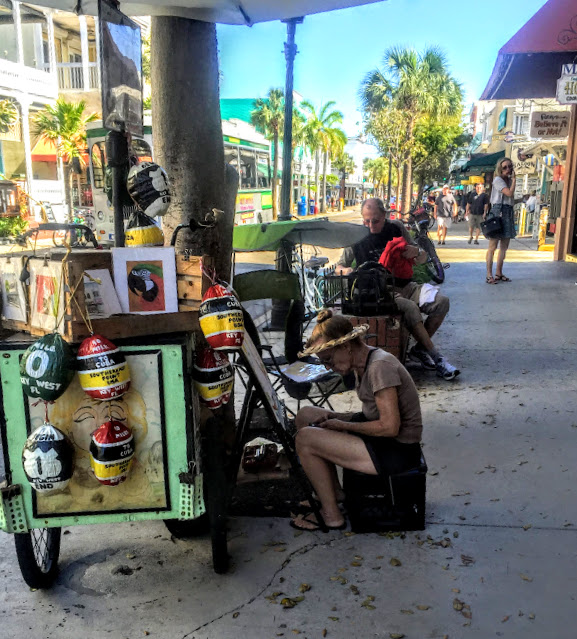 Personally I don't see the joy in it but I am averse to crowds and noise. 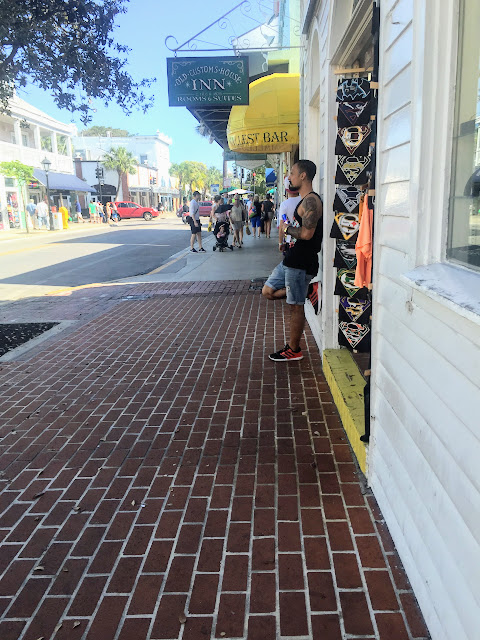 Another bunch of people pondering the strip club. I think they were actually weighing the benefit of going to hear music at Smokin' Tuna up the alley. 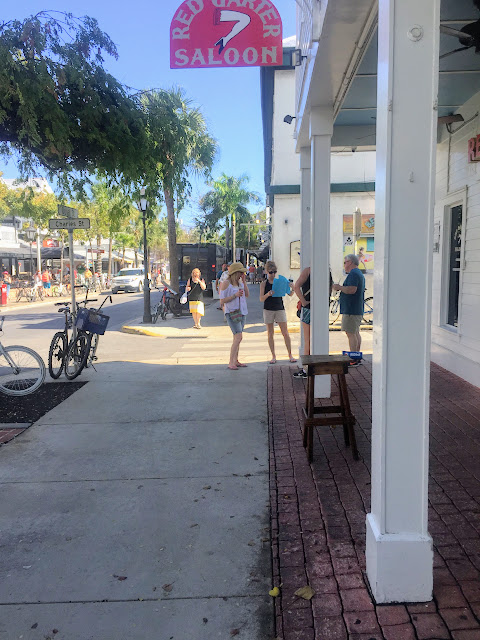 A ninety degree day and I enjoyed my walk, even without Rusty. And then I had a meeting to go, which was why I left him home.
Posted by Conchscooter at 12:00 AM 1 comment: