They call it the nature preserve on the south shore of Key West. It's a rather grandiose title for a narrow strip of more or less sandy beach backed by mangroves. 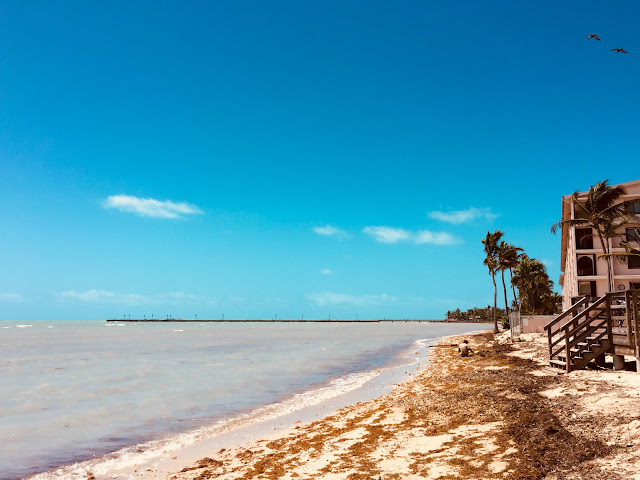 There are two nature reserves off Atlantic Boulevard wedged between the condominiums that line the south shore between Higgs and Smathers beaches. 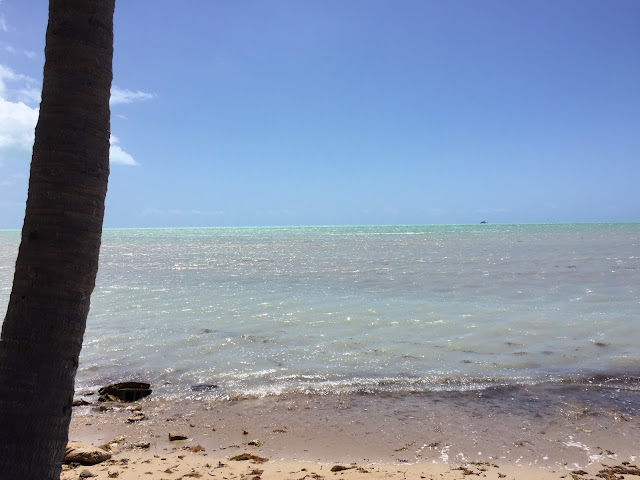 The views across the Straits of Florida are what you might expect. When I was there last week the winds were honking and the sun was shining. Quite perfect. 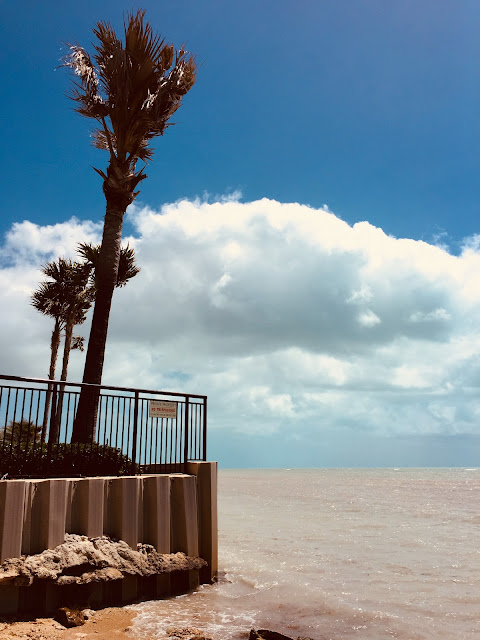 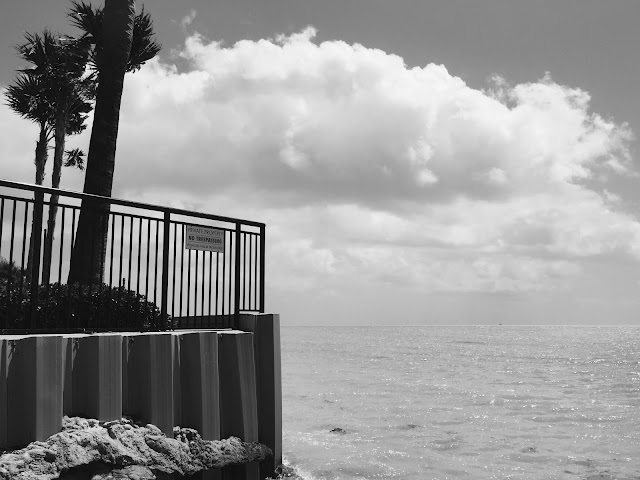 He had a better time than I would have expected. He ran back and forth sniffed everything and as usual stayed away from the water's edge. 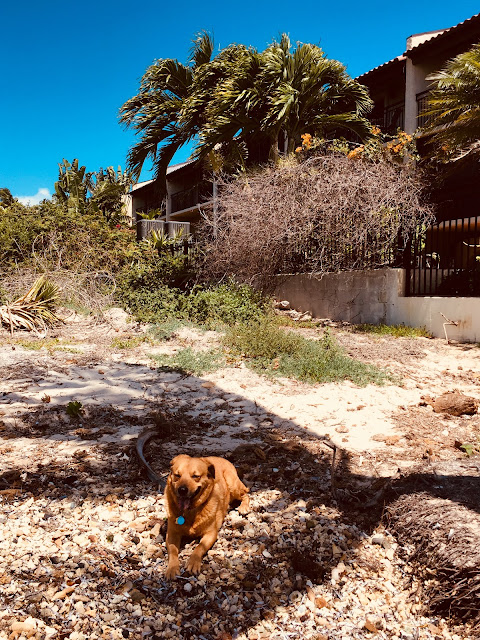 Rusty also made a friend. He doesn't get close to just anyone. Often he stays well clear if he gets a bad hit. 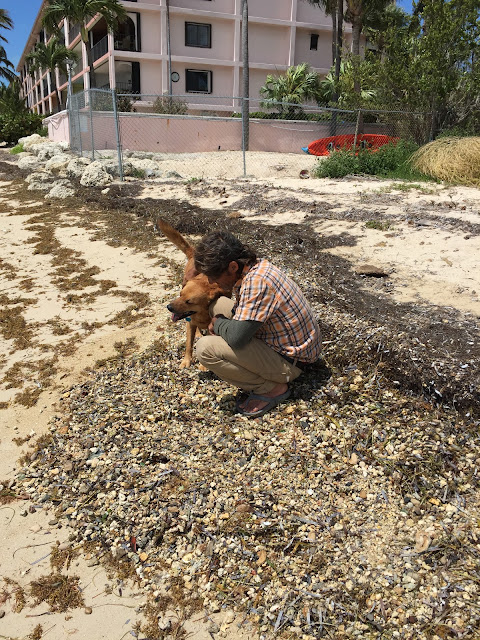 This guy was sifting through the shells on the beach looking for whatever he might find. He found a dog as it turned out. 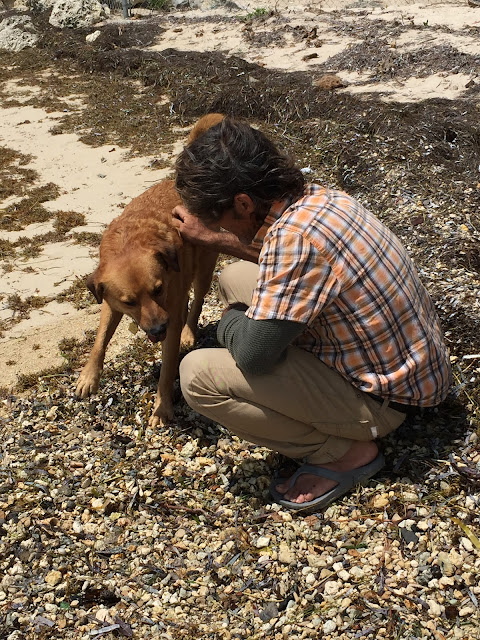 Not everyone was alert. This guy ad an episode on the viewing platform then repaired to the sand and passed out. That's how we handle the hopeless insane street people across the fruited plain and on the beaches and parks of Key West. 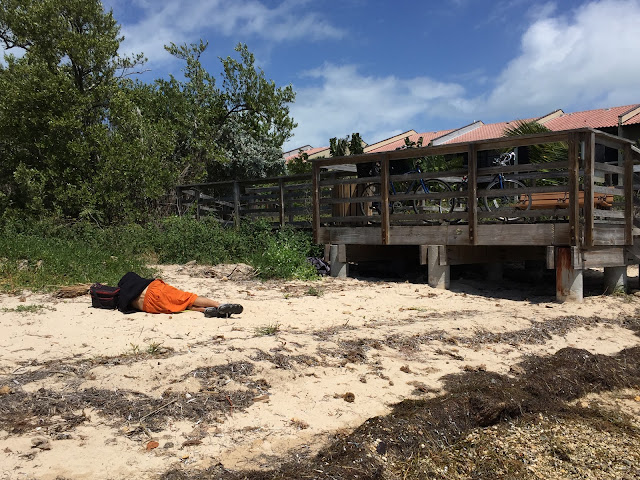 But the views are still quite pleasant taken from the right spot. 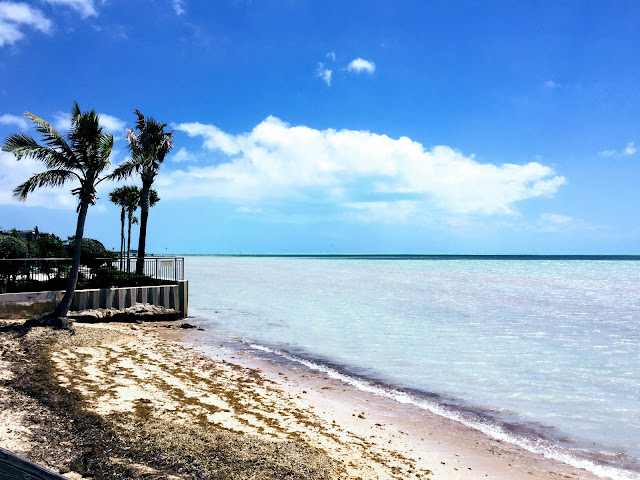 The boardwalk is how you know this is a Nature Preserve. 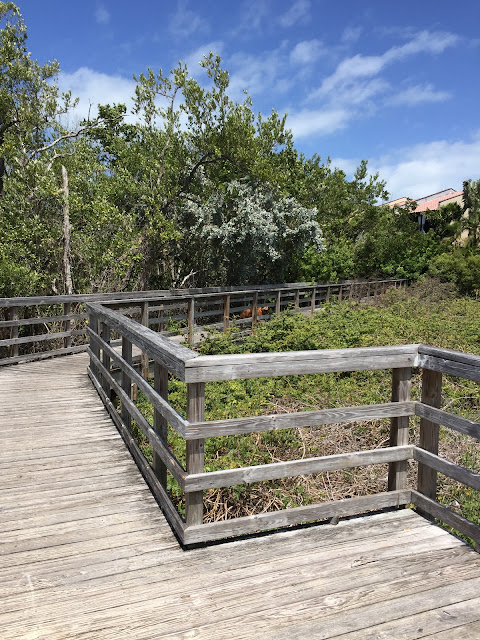