I found this commentary on Slate Magazine by Florida correspondent Craig Pittman. Its at Slate On Florida and you can find plenty of Florida commentary there. I figured you might enjoy the Florida perspective so I offer the essay here bracketing my pictures of the Keys. 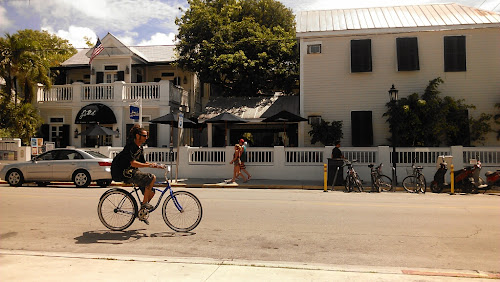 A few months ago I was in Key West and happened to overhear a conversation that could have occurred nowhere else. An art gallery owner was chatting with a writer about a mutual acquaintance. The gallery owner mentioned that this person claimed to have attended the very first of the island's annual bacchanals known as Fantasy Fest back in 1979.

“Now remind me,” drawled the writer. “Was he the nun with the enormous plastic phallus? Or was he one of the dueling Joan Crawfords?” 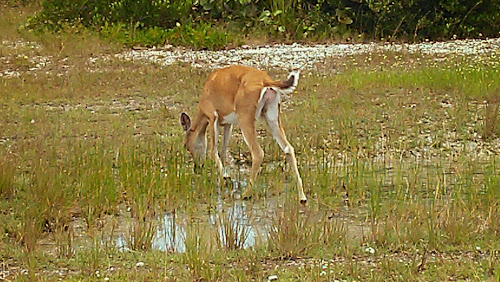 What is the weirdest place in America's weirdest state? There is a strong argument to be made for the town frequently referred to as “Key Weird.” This is, after all, the home of a guy who routinely bikes around town wearing nothing but a G-string and a homemade stovepipe hat. It's a place where the U.S. Department of Agriculture got into a legal snit with the operator of the Ernest Hemingway Home and Museum over permitting for the home's many six-toed cats. And it's the place where a legal dispute developed over a cache of valuable emeralds that one treasure hunter testified he found in the Gulf of Mexico by following a map he bought for $500 from a guy in a bar. 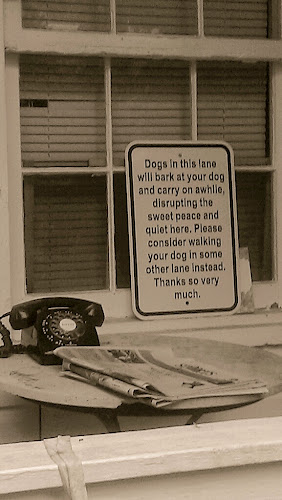 Key West tour guides love to tell the bizarre tale of Carl Tanzler, aka Karl Tanzler, aka “Count Carl von Cosel,” an X-ray technician who in 1930 fell in love with a tuberculosis patient named Maria Elena Milagro de Hoyos. When Elena died the following year, he paid for her burial in an immense mausoleum he’d built. Then in the dead of night he dug her up and brought the corpse back to his home. He kept her decaying remains there for nine years until her sister found out. Put on trial for grave-robbing, he was exonerated—because the statute of limitations had expired.

Still, I have friends in South Florida who contend that Miami is far stranger than anywhere else in the state. They cite the case of the guys who carried a shark, bleeding and gasping for breath, onto the city's Metromover in the middle of the night, then ended up leaving it, dead, in the middle of a street. (A photo from the train wound up on Dave Barry's blog.) Believers in Santeria often leave dead chickens and dead goats on the courthouse steps in an effort to sway trials. So many have piled up that there's a voodoo squad of janitors assigned to cleanup. And then there's the Causeway Cannibal, aka Miami's face-eating zombie, Rudy Eugene. You may recall Eugene stripped naked and chewed on a homeless man's face while high on ... bath salts? LSD? Angel dust? No, just plain old Mary Jane. The victim's life was saved by a police officer who shot Eugene dead but also accidentally wounded the victim. 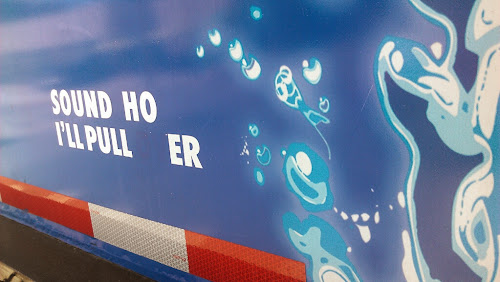 Central Florida produces its own brand of landlocked weird. Right now, for instance, about half the Lakeland Police Department is facing suspension in a huge sex scandal that involves, among other things, an officer requesting to drink a woman's urine. And let's not forget all the weirdness that goes along with Disney, such as allegations that both Donald Duck and Tigger groped female visitors.

You could also argue that the Florida Panhandle produces more weird news on a regular basis than anywhere else. Look at the stories that wind up on Fark with a Florida tag. At least half of them come from the police blotter of the Northwest Florida Daily News in Fort Walton Beach. And it was the Panhandle community of Vernon that became known as “Nub City” for all the rampant insurance-related self-maimings. 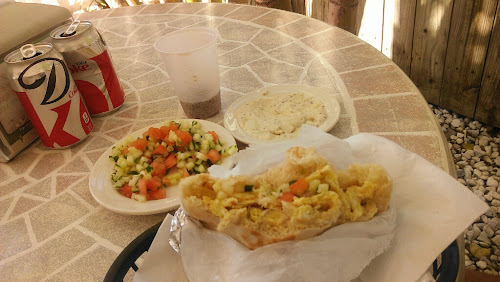 That said, I have to tell you that I think Ground Zero for Florida Weird is Pasco County, a semirural area just north of Tampa.

The cops in Pasco County are constantly dealing with strange cases—Tasering a runaway kangaroo, for instance. In Pasco County a first date—with a man wearing a red mohawk and a spider tattoo—may result in a stolen car. A gang of teenagers planning a burglary may huddle together like a football team and pray, "Hey, God, get us through this. We know you don't like this, but get us through." It's not unusual to see headlines like this: “Fetish Model Indicted in Pasco Sex Party Slaying.” 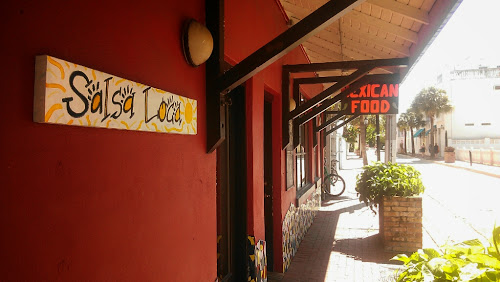 Part of Pasco's weirdness originates from the fact that it's home to a lot of people you wouldn’t expect to find grouped together in one spot. In the 1970s it was a hotbed of Mafia activity, as documented in the book and movie Donnie Brasco. Now, instead of the Mob, it's got nudist resorts. By some accounts, Pasco is the Nudist Capital of America. The nudist resorts produce a steady stream of stories, such as when a nude woman went swimming with her nude family and was attacked by an alligator. She was saved by her husband kicking the gator in the head. (Did I mention he was nude?) 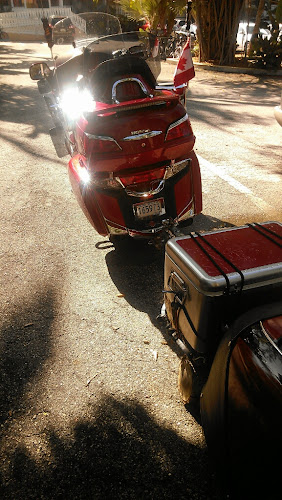 The different cultures of Pasco County often don’t get along. In 1990, a coven of Wiccans got into a shootout with neighbors who contended they were Satanists conducting sacrifices. In 1993, the Ku Klux Klan joined the Adopt-A-Road litter patrol, kicking up a fuss among people who lived along the road they adopted—even though the Klan promised to wear safety vests, not white robes, while picking up trash on the roadside. 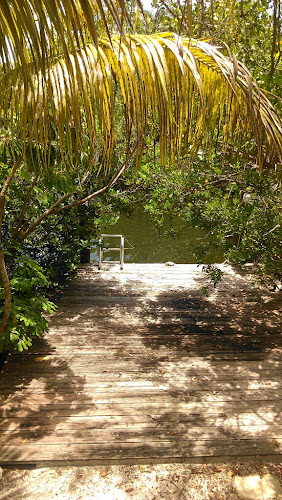 For my final piece of evidence that Pasco County is weirder than anywhere else in Florida, I refer you back to the case of Key West’s romantically obsessed grave robber, Carl Tanzler. After his trial, he moved to Pasco County and wrote his memoirs. He died there in 1952. Near his body, authorities found a life-sized effigy of his beloved Elena. 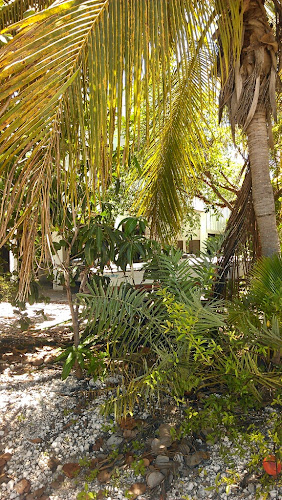 I admit the conclusion regarding Pasco County took me by surprise. I think a lot of Key West's weirdness these days is forced. Eccentricity feels more like a tourist attraction than an external expression of an internal need. It doesn't hurt to come to Key West, check it out and prove me wrong.