I have written previously about these bright red flowering trees which mark  summer in Key West and I was moved to take a few more pictures while I was visiting the cemetery in he city. You can see them all over town  from May until maybe September though I have to say they are getting a bit thin on top already. 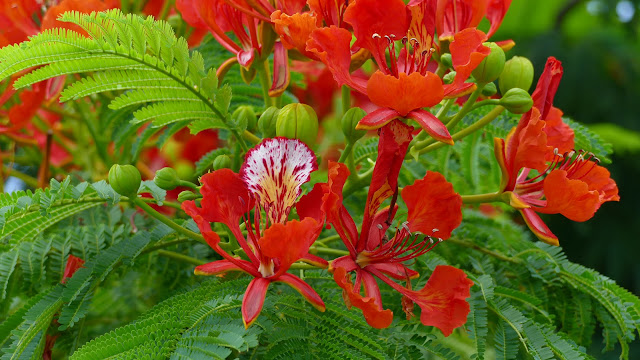 They go by several names and have slightly varied flora according to the scientists but in the Caribbean they call them Flamboyants. In Australia they are called Flame Trees and they use that name in parts of Africa too, which region is where they are from, more precisely originating in fabled Madagascar. The thing they have in common is an aversion to frost, hence their concentration south of Lake Okeechobee. 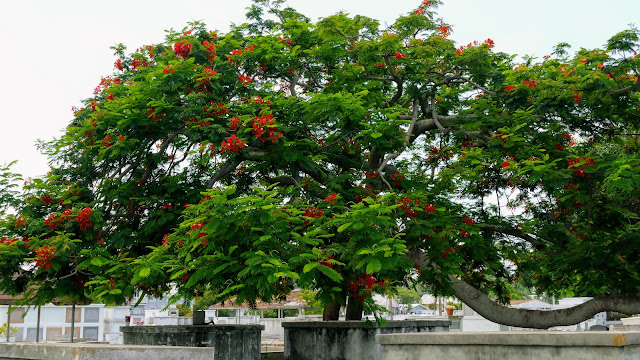 In Key West they call them Royal Poinciana thanks to their official Latin name Delonix Regia but to ordinary mortals they can simply be poinciana and there are several structures around New Town named for the plant. 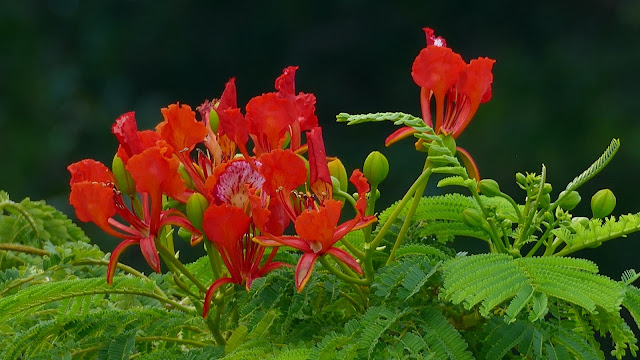 Thye are known for growing hardily in drought and salt air and thyey have a tendency to grow sideways which makes them excellent shade trees but they shed horribly and are thus not advised for home gardeners as the clean up will be extensive and continuous as long as they are in bloom. 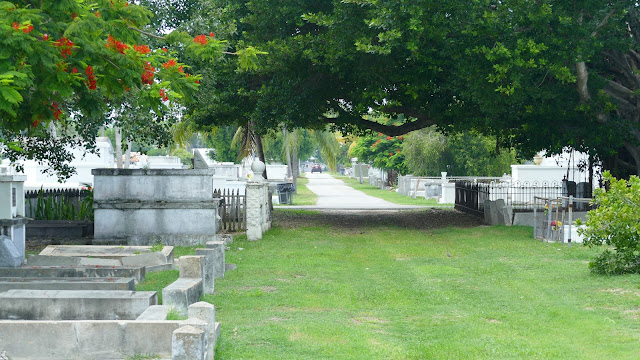 But they are lovely to look at. 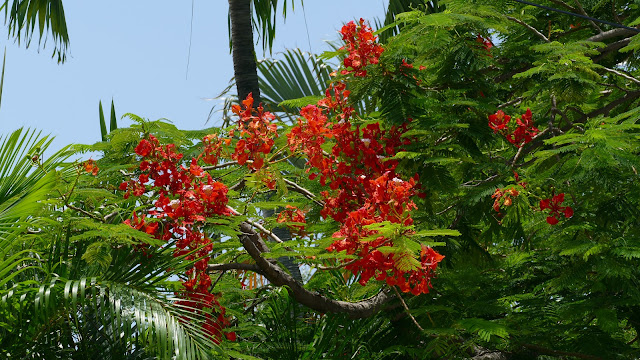 And even when deflowered they have a bushy green quality I find quite attractive: 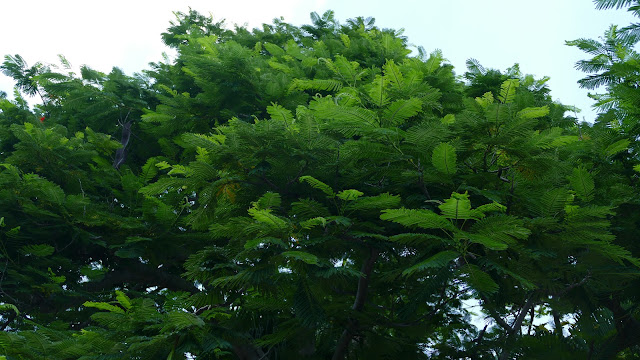 Shots  from a round town: 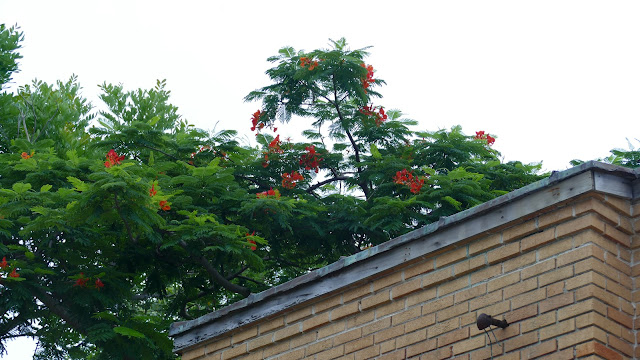 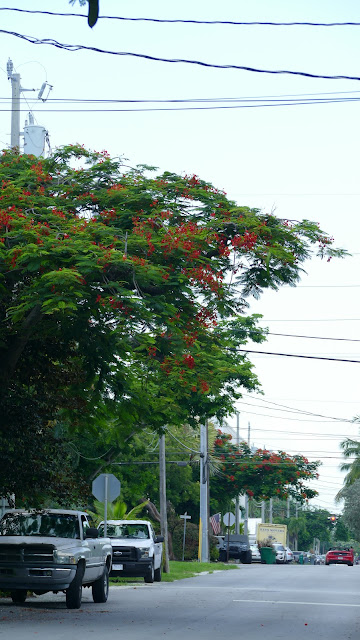 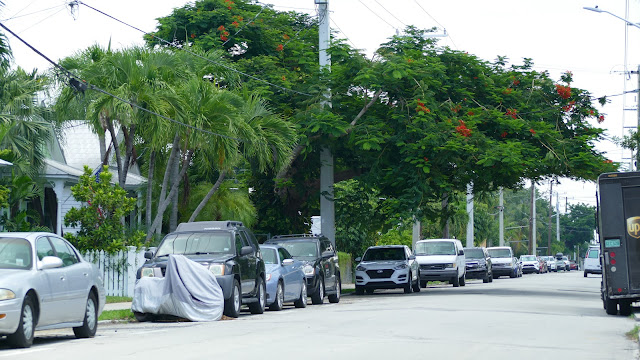 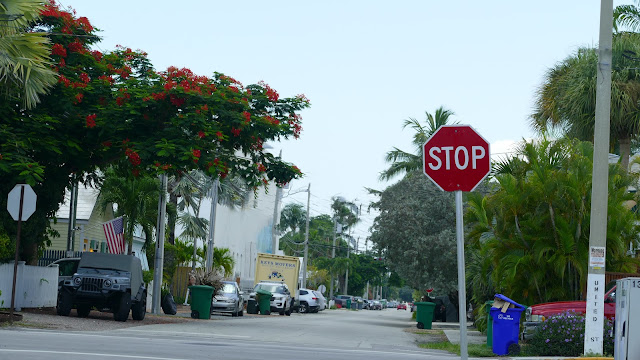 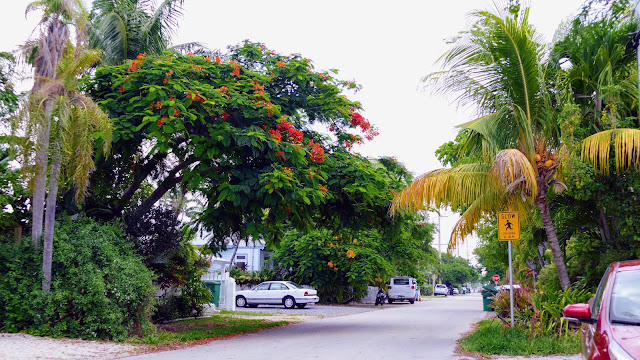 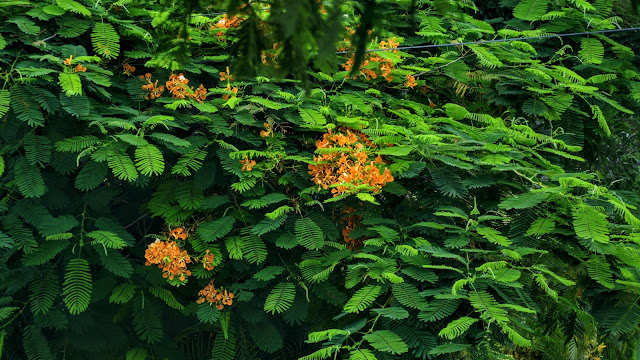 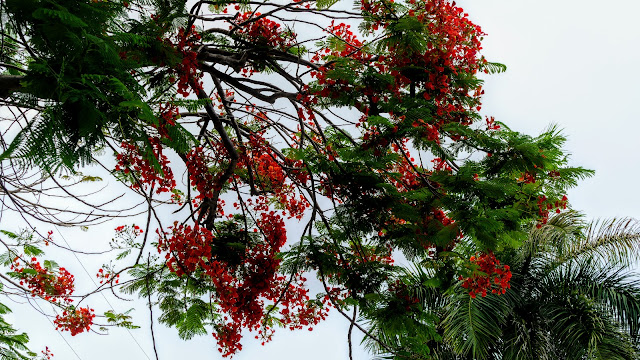 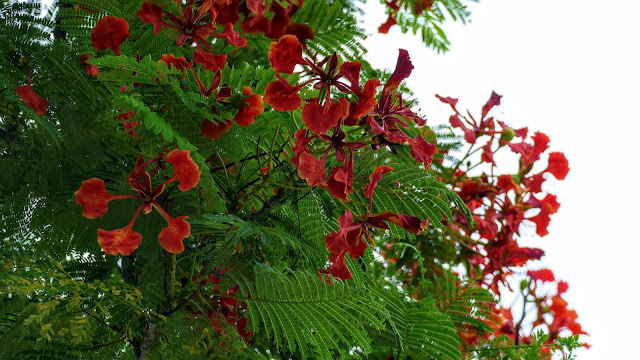