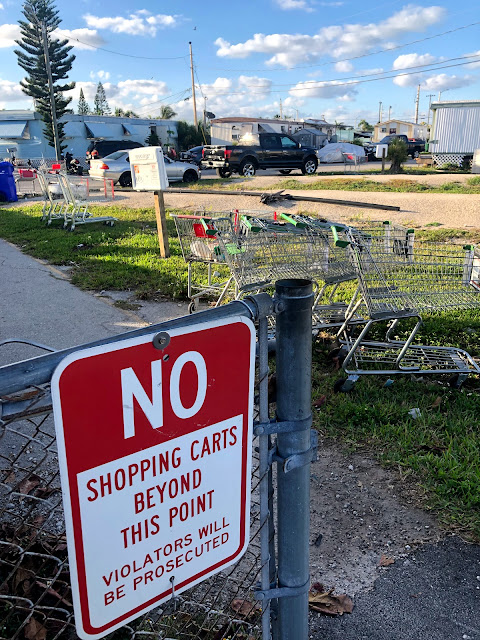 In the fight to retain low income housing it becomes apparent that some pretty awful housing stock has to be preserved. Currently occupants of trailers on Stock Island are fighting not to get evicted to make way for new homes that are supposed to be "affordable," which is a tough thing to define in Key West. Generally speaking the new homes will cost far more than the old wrecks they replace. 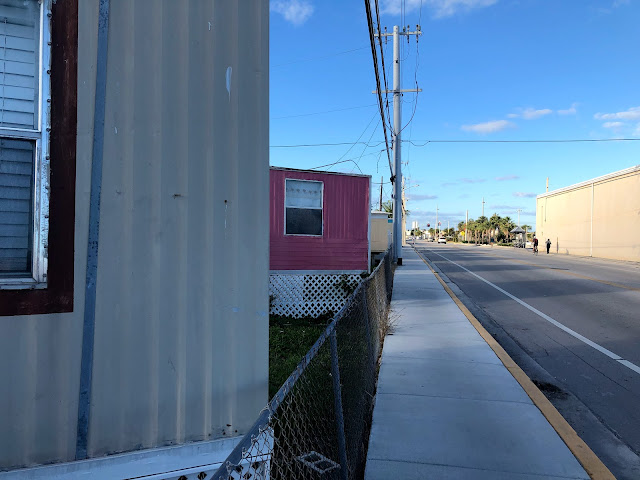 This means no one wants to give up where they are living. And these are the homes of the people who do the daily grind that keeps this town moving. Chambermaids, gardeners, wait staff, clerks and cooks all live here and you'll see them coming and going wearing familiar uniforms pushing bicycles or on foot. 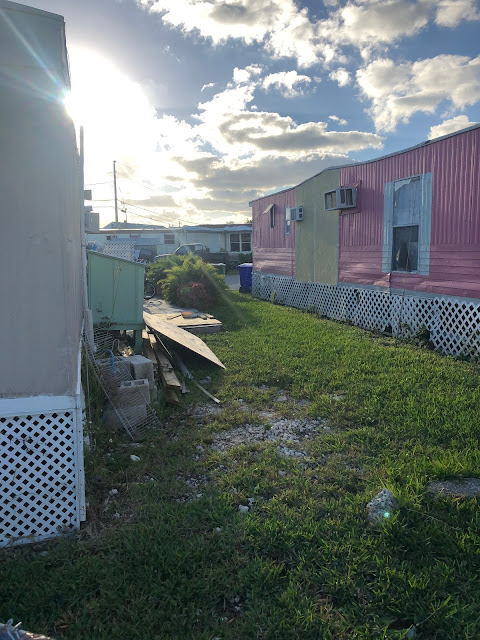 How these trailers have survived this long is something of a miracle considering the heavy storms that blow through. 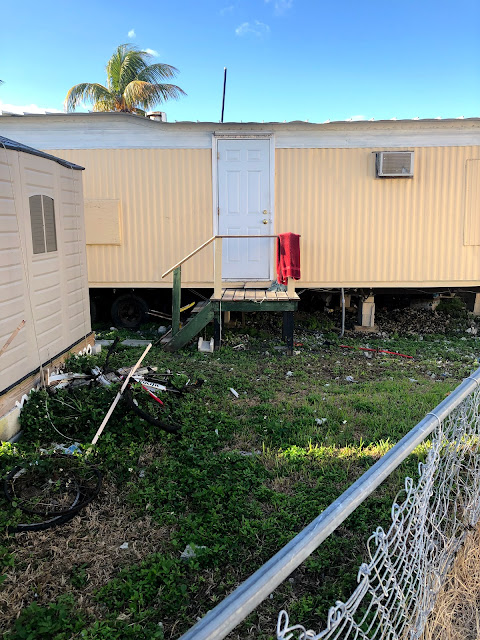 But they do survive and flourish, just like the banana trees. 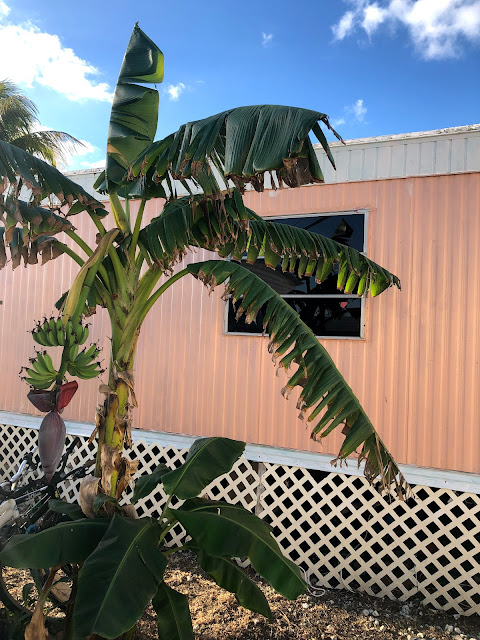 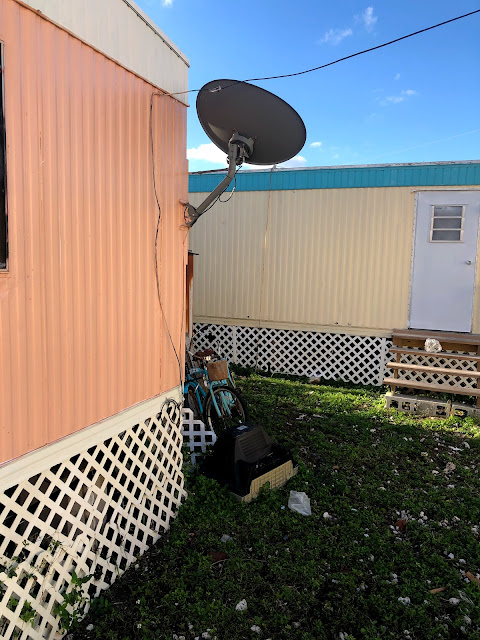 Sometimes I look at the wiring looms and I wonder how they keep serving the customers but they do! 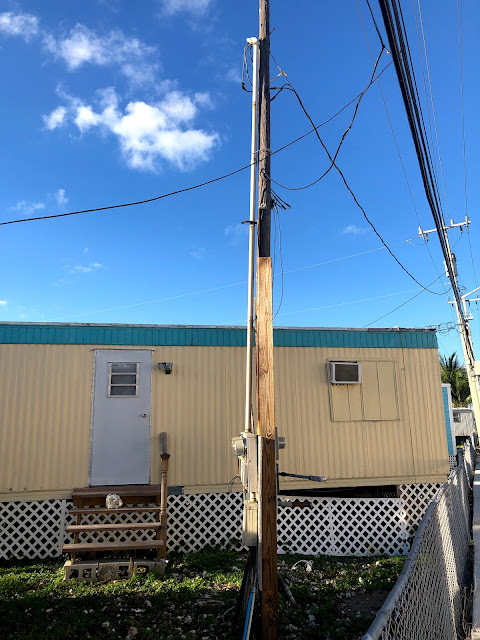 The developers of trailer parks on Stock Island three miles away are offering various incentives to try to side step law suits that are blocking development. 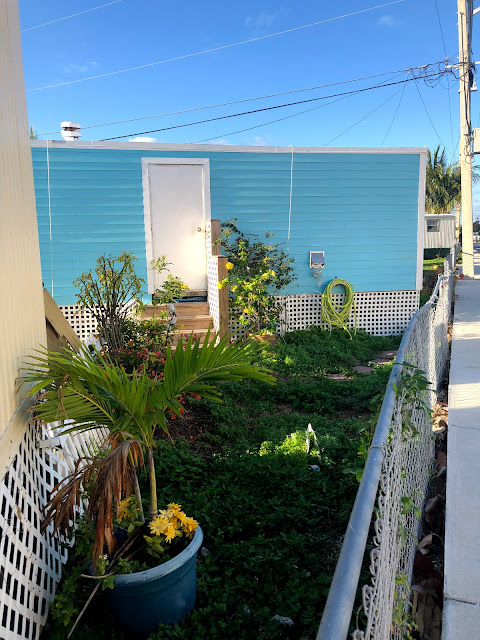 In the end though, the cost of the new housing versus the old will affect people being evicted, not being put at the top of the list of people waiting to be settled in the new homes. 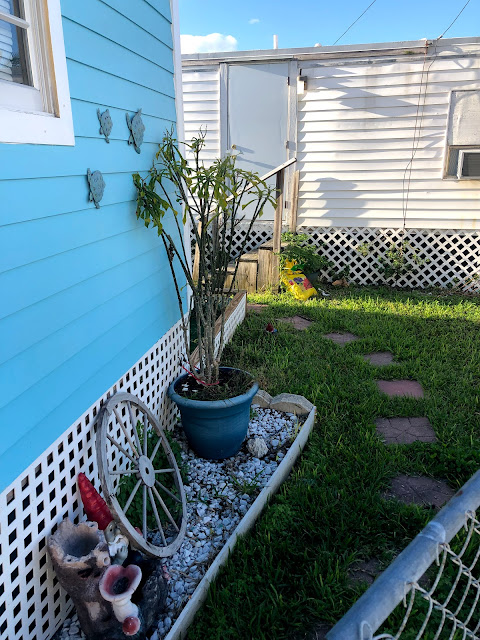 I have no doubt stadium will be here long after I'm gone, and people will still be making lives here and valuable contributions to the city's economy. I cannot imagine what would happen if anyone suggested tearing down one of  Key West's last three trailer parks, and by far the largest.
Posted by Conchscooter at 12:00 AM 2 comments: