A Walk, A Movie, And A Night At Work

The southeasterly breeze has been keeping us refreshed these last several days, and fitting on the beach in my folding chair that I keep in the trunk of the car is a favorite activity. Aside from the view of the iconic Old Bahia Honda bridge I like this spot because there is no beach! 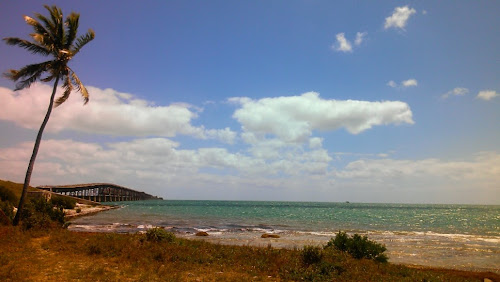 What that means is gawkers come and quickly get bored and bugger off back to the Highway to reach some more sandy spot. Cheyenne likes to lie in the grass, snoring loudly until she likes to get up and cool off by paddling in the water. Dead seaweed gets washed up by the incessant winds and that adds to tourist discomfort as they expect not only a sandy shoreline but a clean one too! 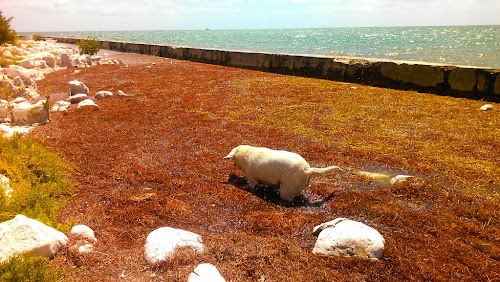 I caught Cheyenne rising up like a furry Venus from the seaweed and saltwater, in the act of shaking herself, pleased to have cooled off on an 82 degree afternoon. Then we climbed the hill created by Flagler's engineers to get the 1912 railroad tracks onto the elevated bridge. Cheyenne found a bush for a short nap in the shade. 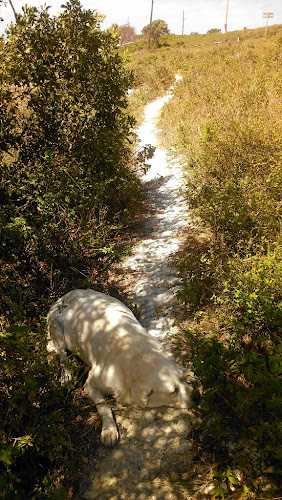 Driving home I got to enjoy being for a short while, suspended between a blue sky and a turquoise sea, and as I was in the car I could do nothing. Human bring versus human doing. Cheyenne got her bath once home and then she passed out from excess activity. I got ready to go into town and she barely opened one eye as she stretched out on her favorite piece of floor, not her bed, not the couch but the floor. 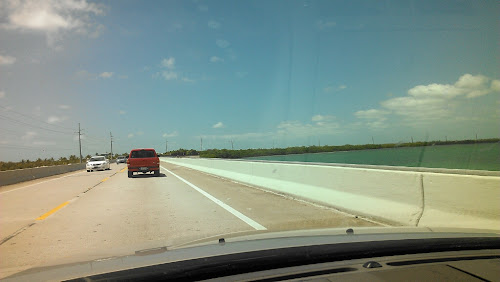 I was alone for the 3:50 show of Monuments Men a World War Two caper about soldiers assigned to retrieve stolen art works. I was so alone in the George screening room at the tropic I behaved very badly indeed and sent texts periodically to my wife from my seat at the back. 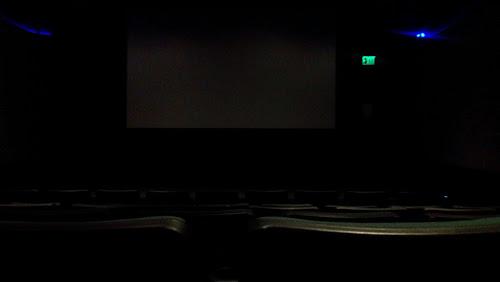 It was loosely based on a true story but in this case embellished into a melodrama with a stellar cast and an dolly paced story. One minute comedy, the next minute tragedy and over it all hovered the very real truth that the Germans wrecked and looted thousands of artworks as they occupied Europe and Russia. 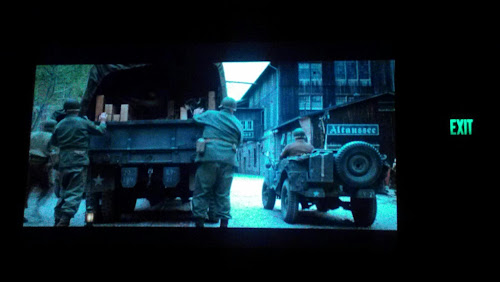 It ended awful close to my start time at work but the Bonneville was in rare form and we raced away to the police station where I arrived with give minutes to spare. I had done rather too much stuff and not taken enough naps for my taste but it has been a lovely day. No alcohol, no bars, not much human companionship but of that I would have plenty all night as I sat up dispatching with Nick and Shannon. 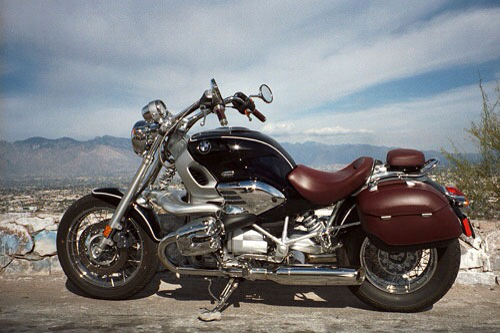 I arrived just in time for the movie but as I parked the Bonneville an old dude with a BMW Custom Cruiser, a unique bike, asked what year my frisky young colt was. He told me he had put 300,000 miles on his 1960s model and I wanted to hear more but the movie was starting so I had to rush off, rather rudely. Not at all in the spirit of the laid back Florida Keys.