Have you ever had a dream where you imagine yourself peeing and you wake up bursting to go so you leap out of bed...Yeah well that’s where the dream turns to a nightmare when you’re a lump in bed and you fumble for the piss bottle and it drops to the floor and as you reach for the spare that delightful feeling of warm wet invades the bed.  Oh joy. A sixty year old man wet himself. So you call for help which is not forthcoming and distract yourself with Facebook trying to lie in the drier parts of the mushy bed. 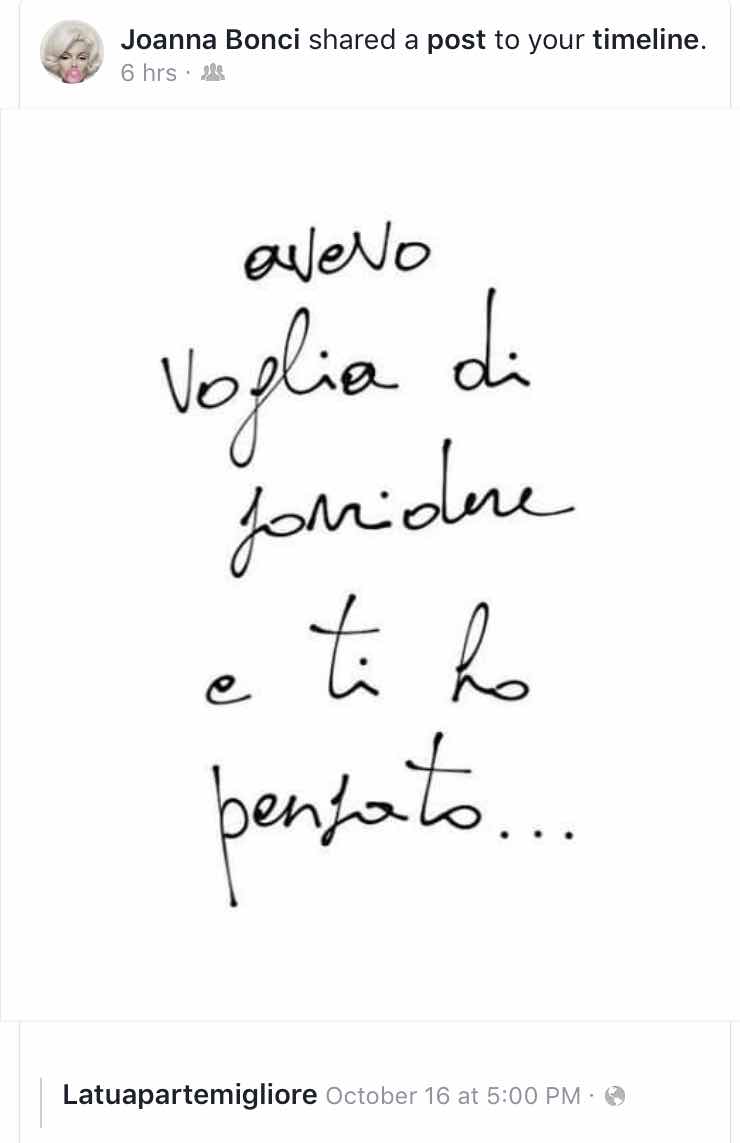 I found a cheerful message from Giovanna which I shall have to translate for you. It could have been taken the wrong way for my situation this morning but as always she made me feel good out of nowhere. “I needed a smile so I thought of you.”  Between my wife and all my other cheerleaders what more could I want in life? 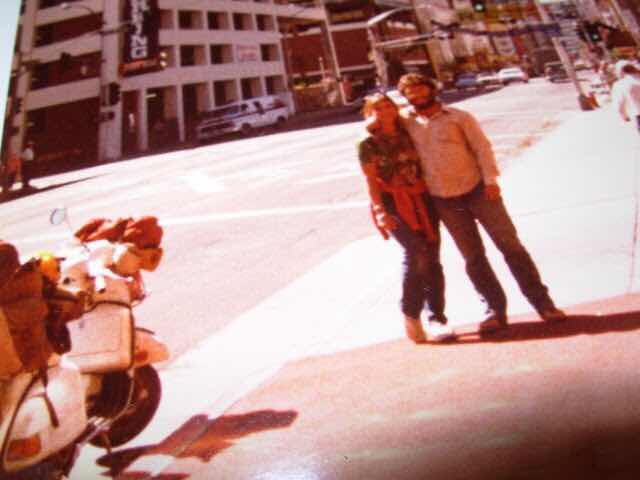 Reno June 1981 shortly after we met in the California desert...I threw her stuff on the Vespa and off we went looking for adventure. We found it all right and we still laugh about those years. So as I lay in bed feeling sorry for myself those memories kept me smiling, thanks to Giovanna after all these years. Luckily I married a sensible adventurer, one who complements me rather than piling on the madness. She keeps my dreams as dreams never allowing them to become nightmares. And she’s coming to see me tonight so my cup overfloweth as it were. 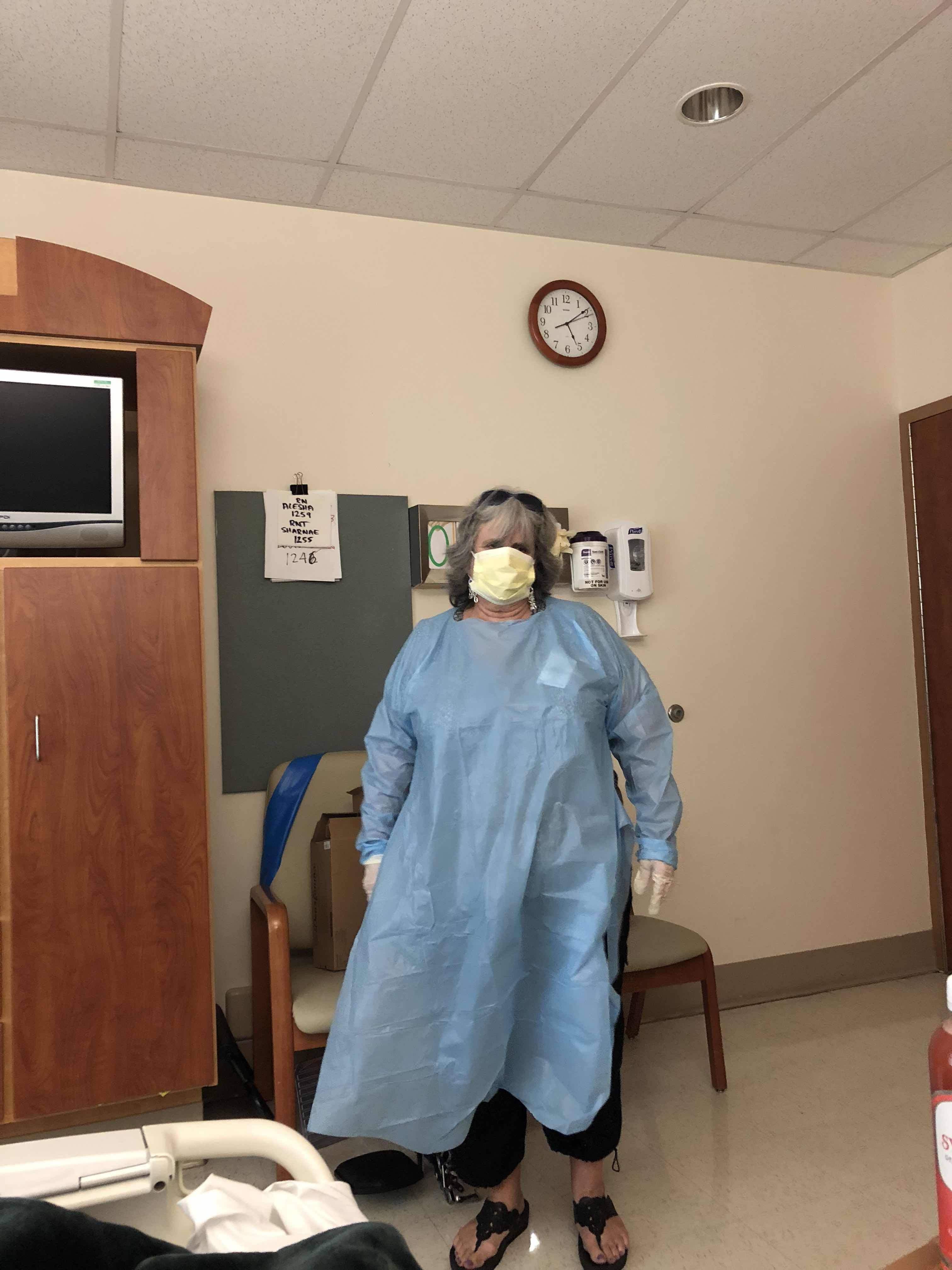 And at this point the wound is dry and well covered so the moon suit can be left aside. Earlier in the week Michael drove up from Key West just to chat and he is excellent company. His partner was hospitalized a while back so he understands the stresses of what we are going through, that and his sense of humor make him an ideal sick room companion. 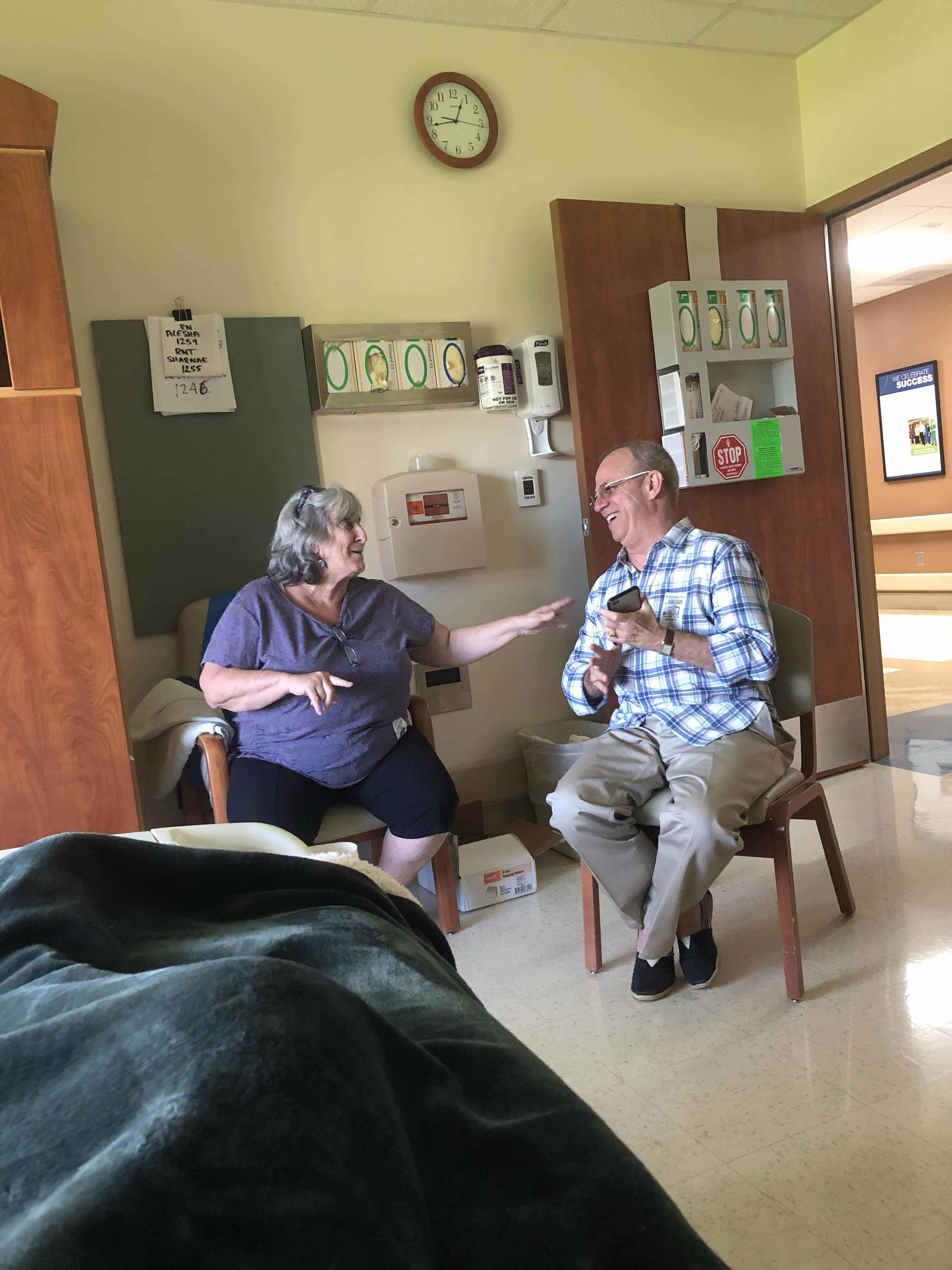 And yesterday Denise came down from Palm Beach on her way to spend Goombay in Key West. I met Denise at Long Key State Beach in 1981 a month before I met Giovanna. I stayed with her in Delray Beach before the Vespa and I took off for Guadalajara. It was my introduction to sunny sandy Florida, living in a group of young counter culture rebels. Fantastic. Gave me a taste for it I never quite lost even after 20 years in California. 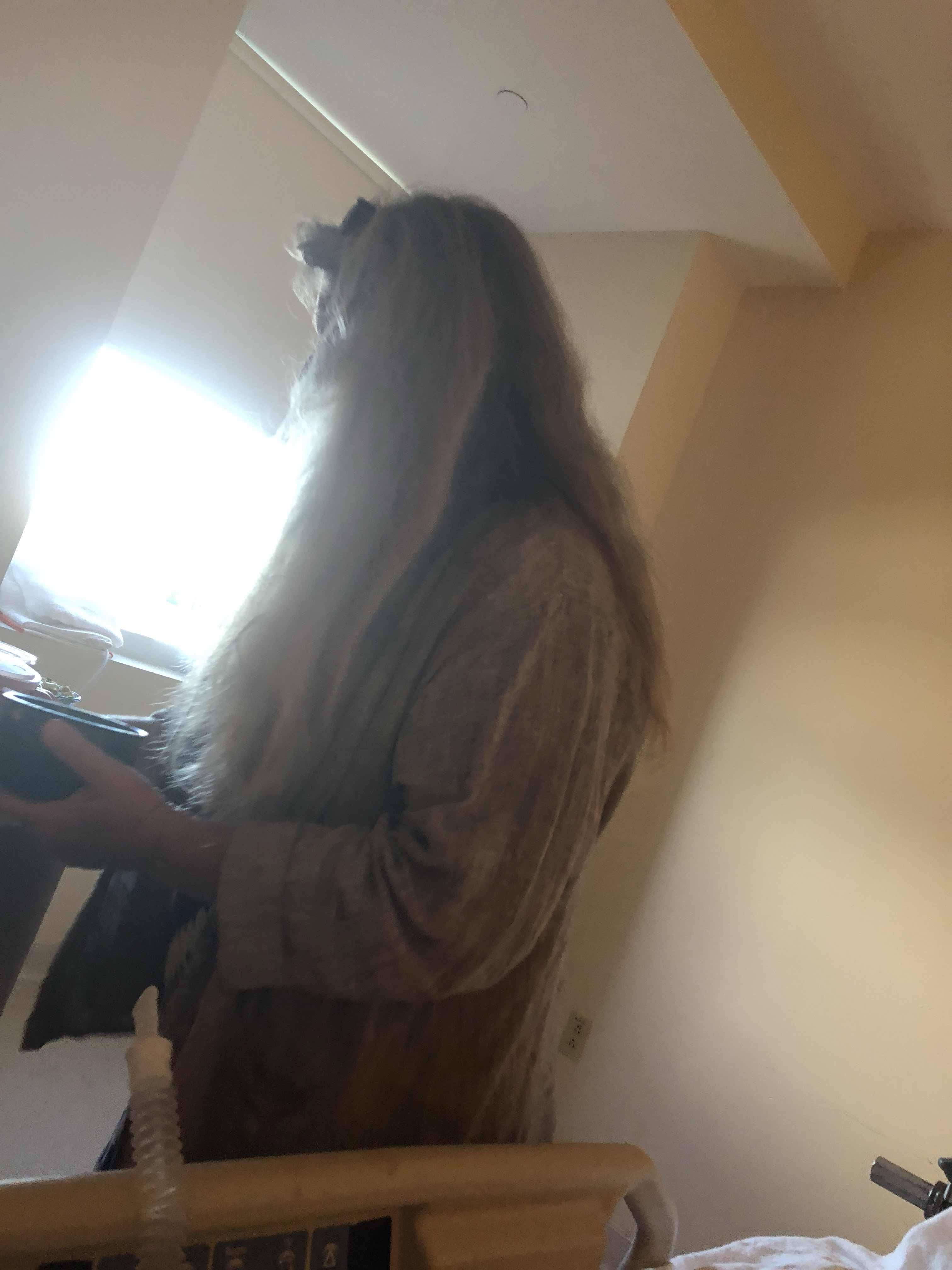 Why Guadalajara next?  I met a Mexican woman in Paris that Spring and after we had breakfast and took pictures at the Sacre Coeur (as you do) she invited me to her place in Central Mexico. Showing up travel worn on a scooter was a shock to their middle class system and it didn’t go so well. So often travel and home are such different realities. But with Denise it has been different; she has authentic curiosity and a true love of people and travel. So here she was brimming with life in my stuffy hospital room. Plus she brought a friend, Thelma a Cuban doctor in exile. 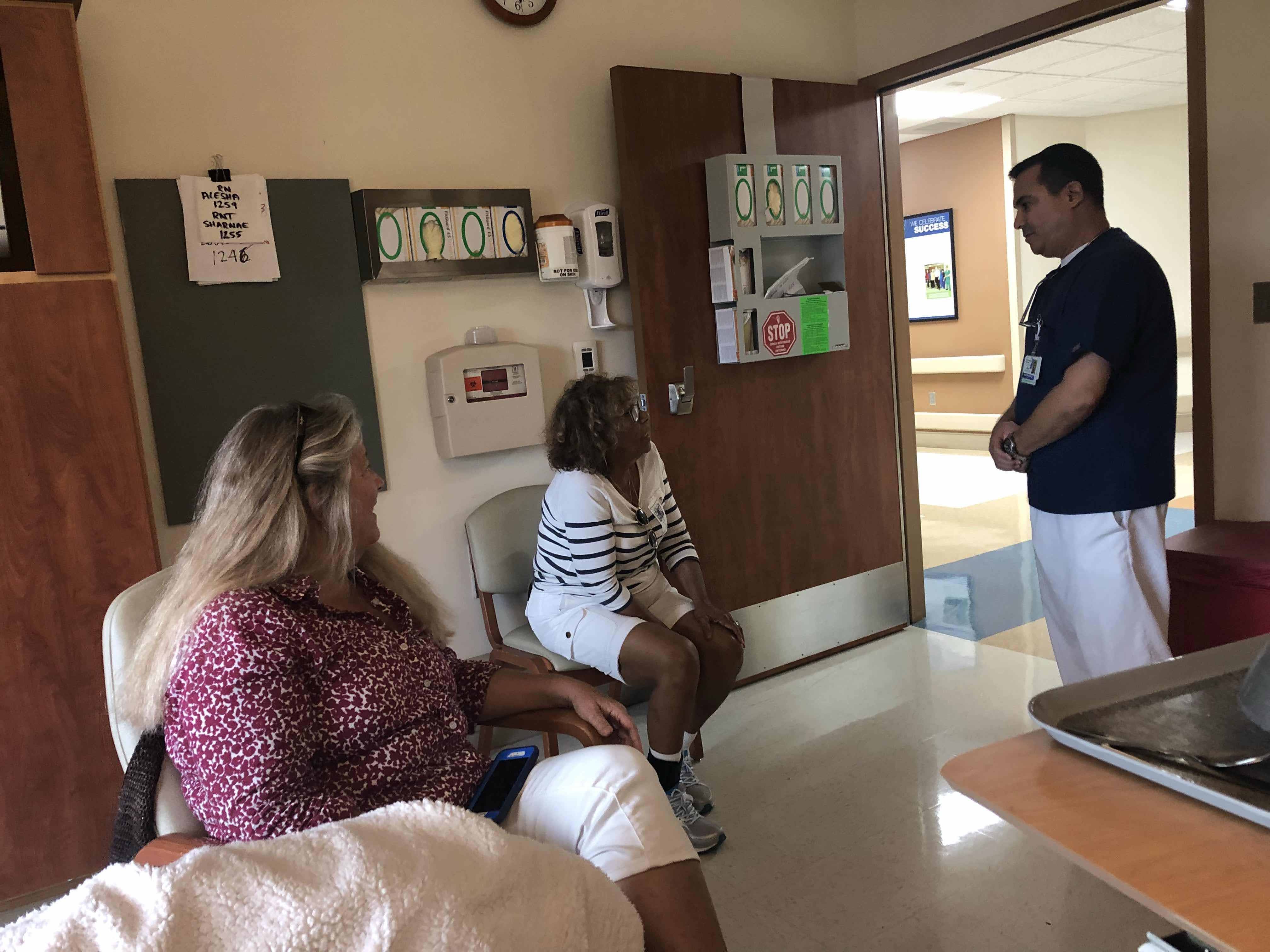 It turns out Thelma’s son worked in the same hospital in Havana where Jorge worked before he emigrated. Jorge is the sweetest guy you would ever want to meet. Thus when he gives me my daily stomach shot, an anti coagulant, I feel nothing at all as his hands are as light as a butterfly’s wings. A really nice guy, a former anesthesiologist now working as a nurse. One of many such demoted Cuban doctors in our facility. The American dream has its struggles as Ariel a former surgeon said to me as he wiped my butt.
Posted by Conchscooter at 8:08 AM 4 comments: