The Joy of Truman Avenue

It used to be called Division Street on the entirely logical, yet pedestrian grounds that the street divided the inhabited parts of the city of Key West  from the wilderness elsewhere on the island. The Cuban Restaurant Havana One, seen below appears to be thriving on the north side of "Division Street." That would have been the inhabited side. 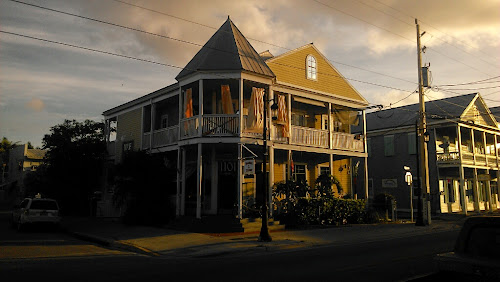 Modern Presidents have found favor in the Southernmost City, think of Eisehnhower Drive, Kennedy Drive and of course Truman Avenue which was what they renamed Division Street after Harry Truman spent so much time in Key West while President. Not all of it is uplifiting, unless you find a strip joint to be a morale booster-Bare Assets, happily abandoned to dog walkers in the early hours of the morning. 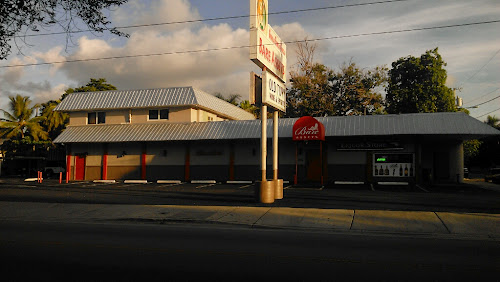 Motorcyclist Magazine recently ran a cover story on twenty years of the Ducati "Monster" motorcycle, a lightweight simple psorty motorcycle that they say changed the face of motorcycling. The Bike That Saved Ducati, and here's one seen off Truman Avenue: 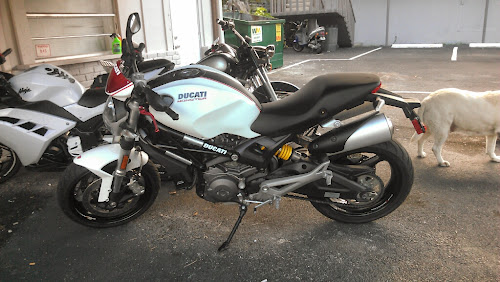 On an older and more dignified note I found a  beuatifully maintained older Japanese motorcycle,a Yamaha XS650 that was built in the 70s to take on the big British twins. 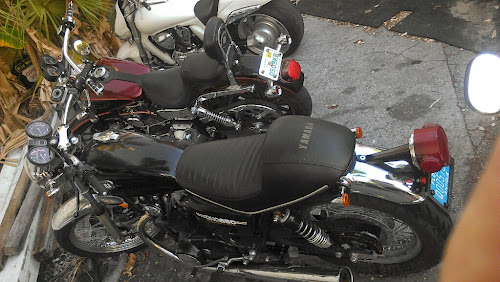 The Yamaha XS650  was a much loved motorcycle in its  time and apparently this one still is. 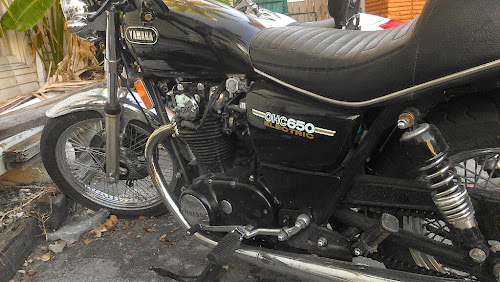 I miss the old used bookstore that used to sit here: 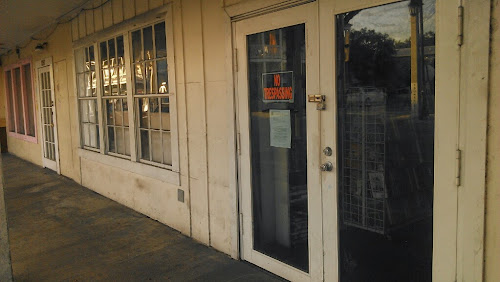 I mean it was musty and dark and had a world class  collection of pornographic magazines but it was quintessential old Key West, Bargain Books was. 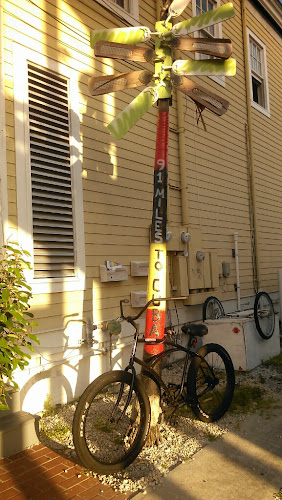 I suppose if we can't have collections of crazy piles of books to wander through then we must find our entertainment where we can. A painted palm above, a hint of a Minor Basilica below: 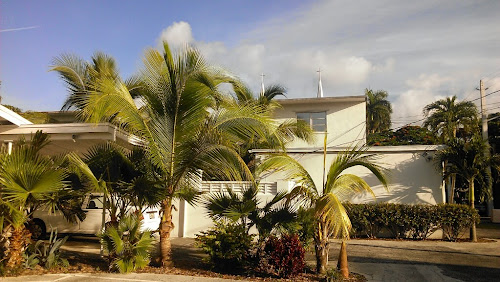 Key West, mix and match to your taste.