We are gone. Florida is behind us and I hope we shall not be back for a year. It's not that I have anything against the Sunshine State, to the contrary, but we are ready to see different places. We start with Mobile. 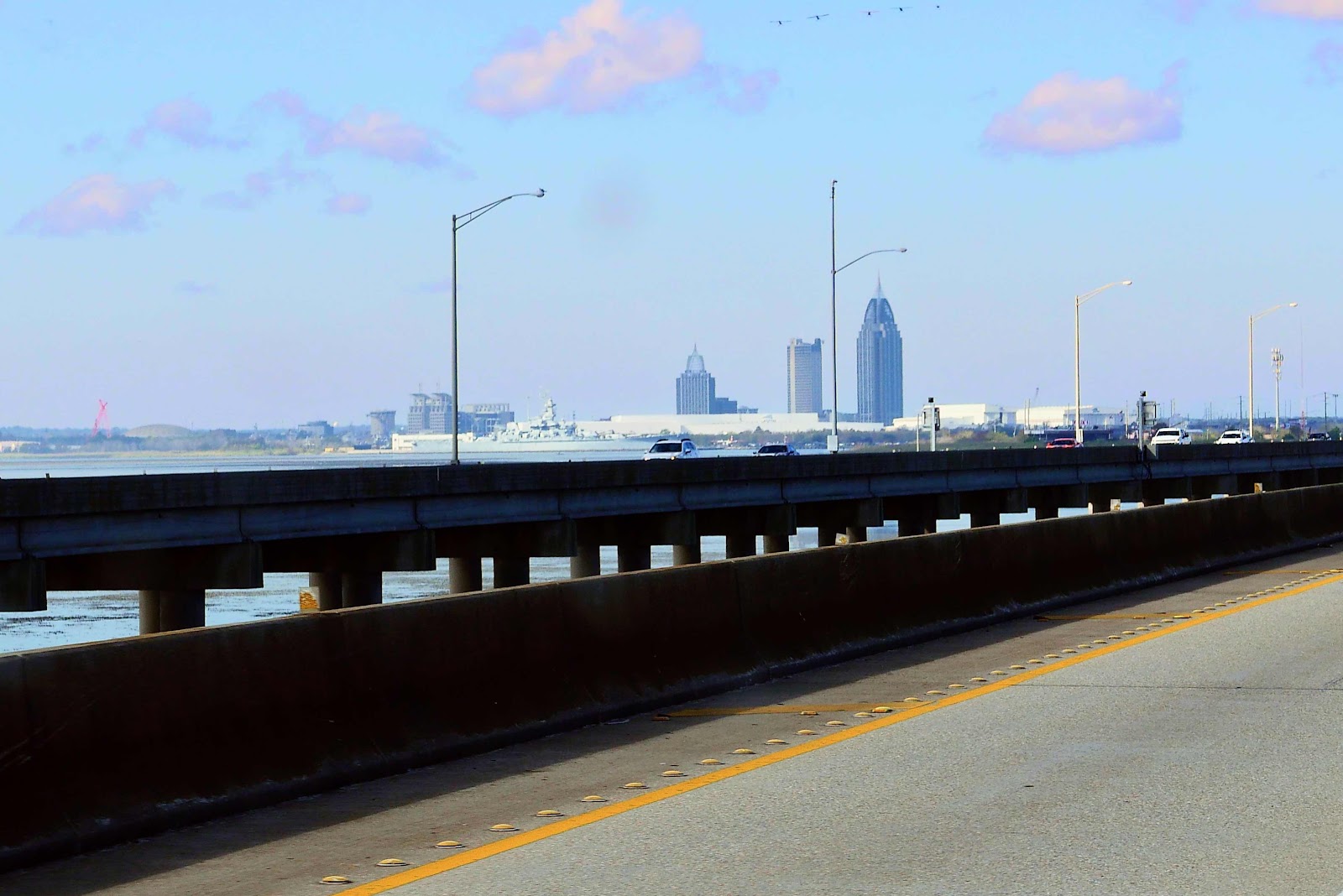 Mobile is home to the USS Alabama, a battleship of the class that saw distinguished action in World War Two and beyond and it has long been my ambition to visit the ship. Today was not the day but it remains on my to-do list. Today we had a short downtown walk scheduled to stretch our legs and pay a visit to a town we have only ever stopped in briefly. 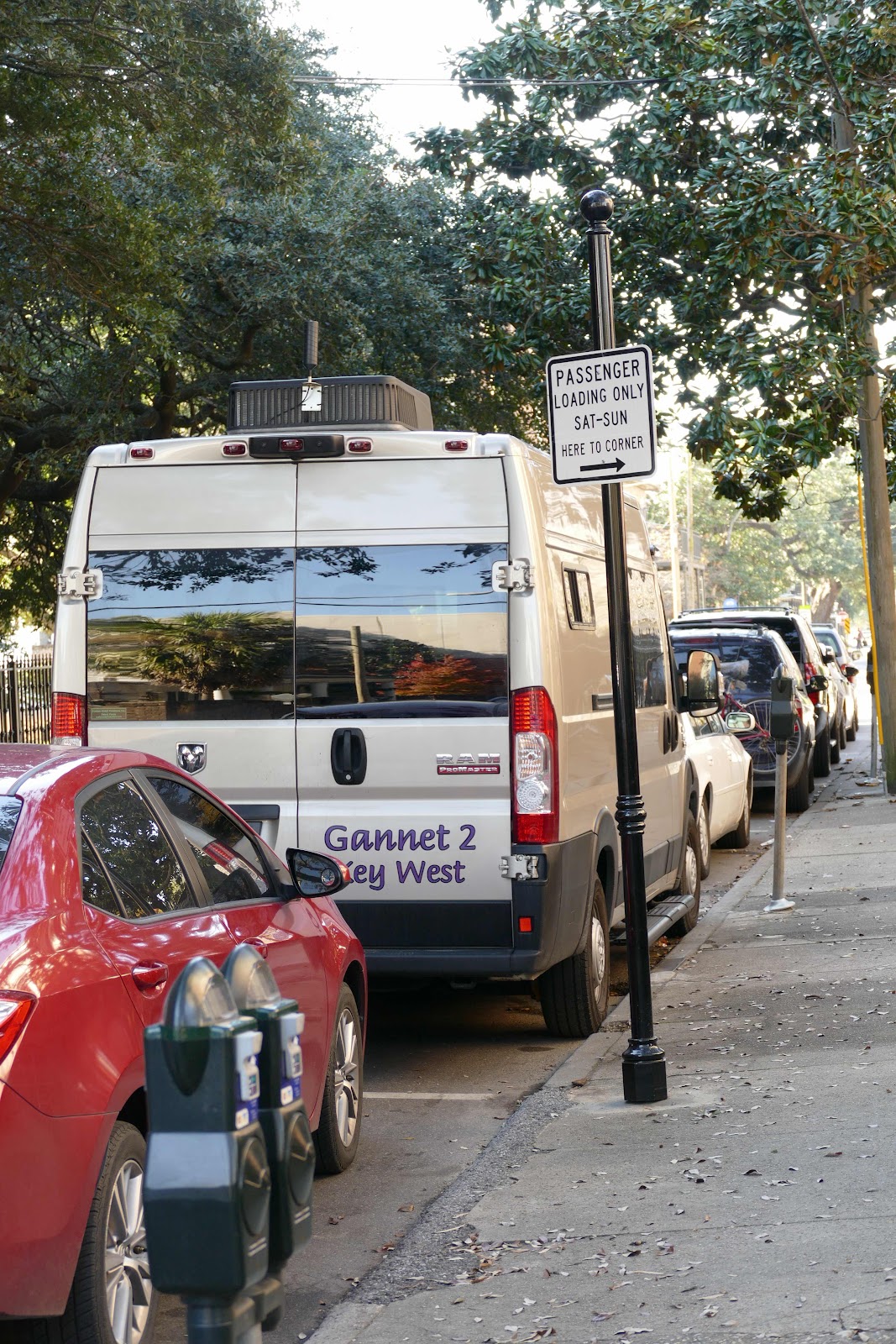 I take pleasure in knowing our 21 foot home fits in a regular car parking space as shown above. Some deft parallel parking by yours truly and our impatient dog was out and ready to see what was what. 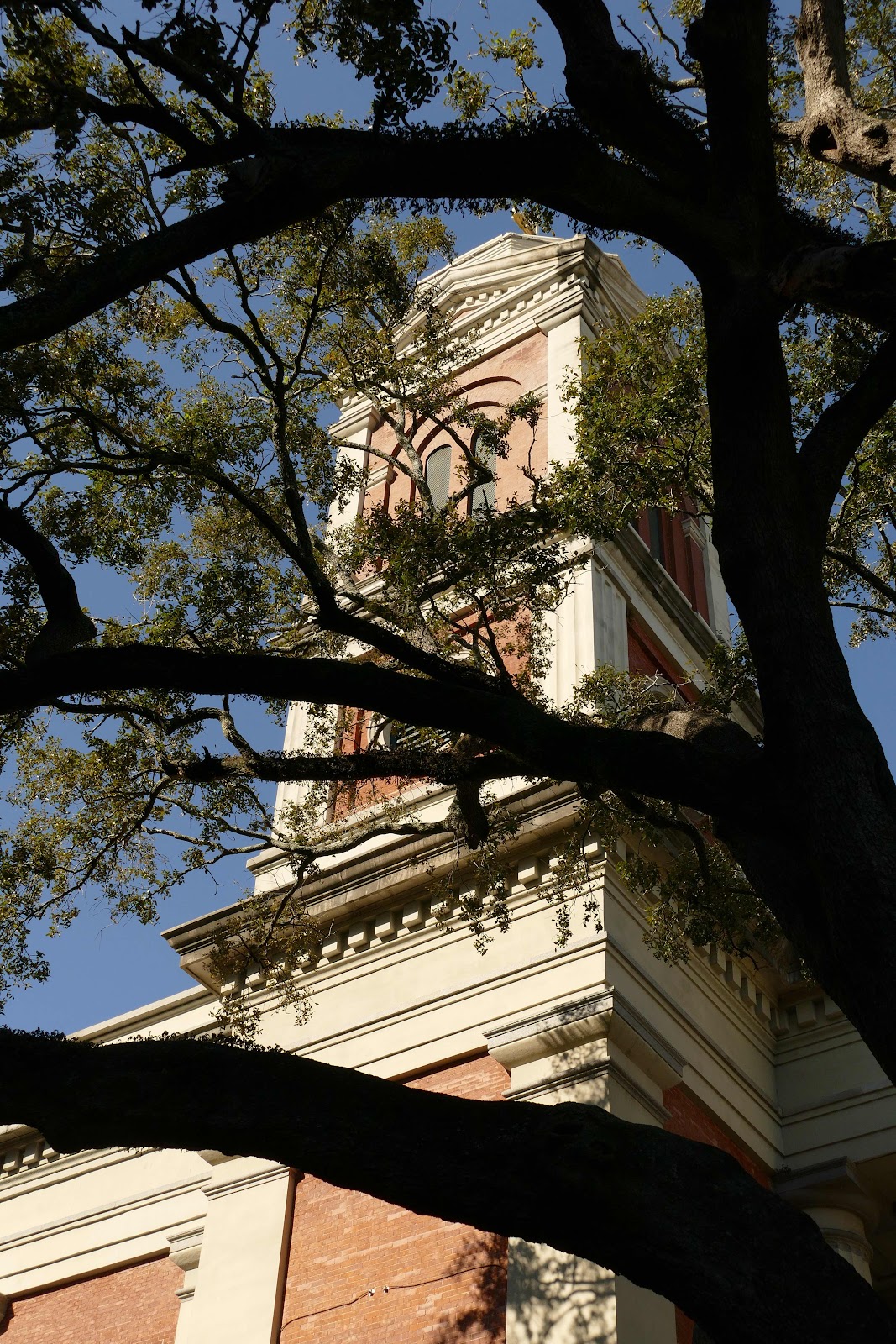 Below we see the 1944 newspaper building looking like you would expect newspaper buildings from that era to look. This century I read 2500 local papers have been bought and broken up by corporations altering the news landscape forever. I miss holding nd reading an actual paper but I bow to technology and lament the greed that has killed even profitable local outlets. 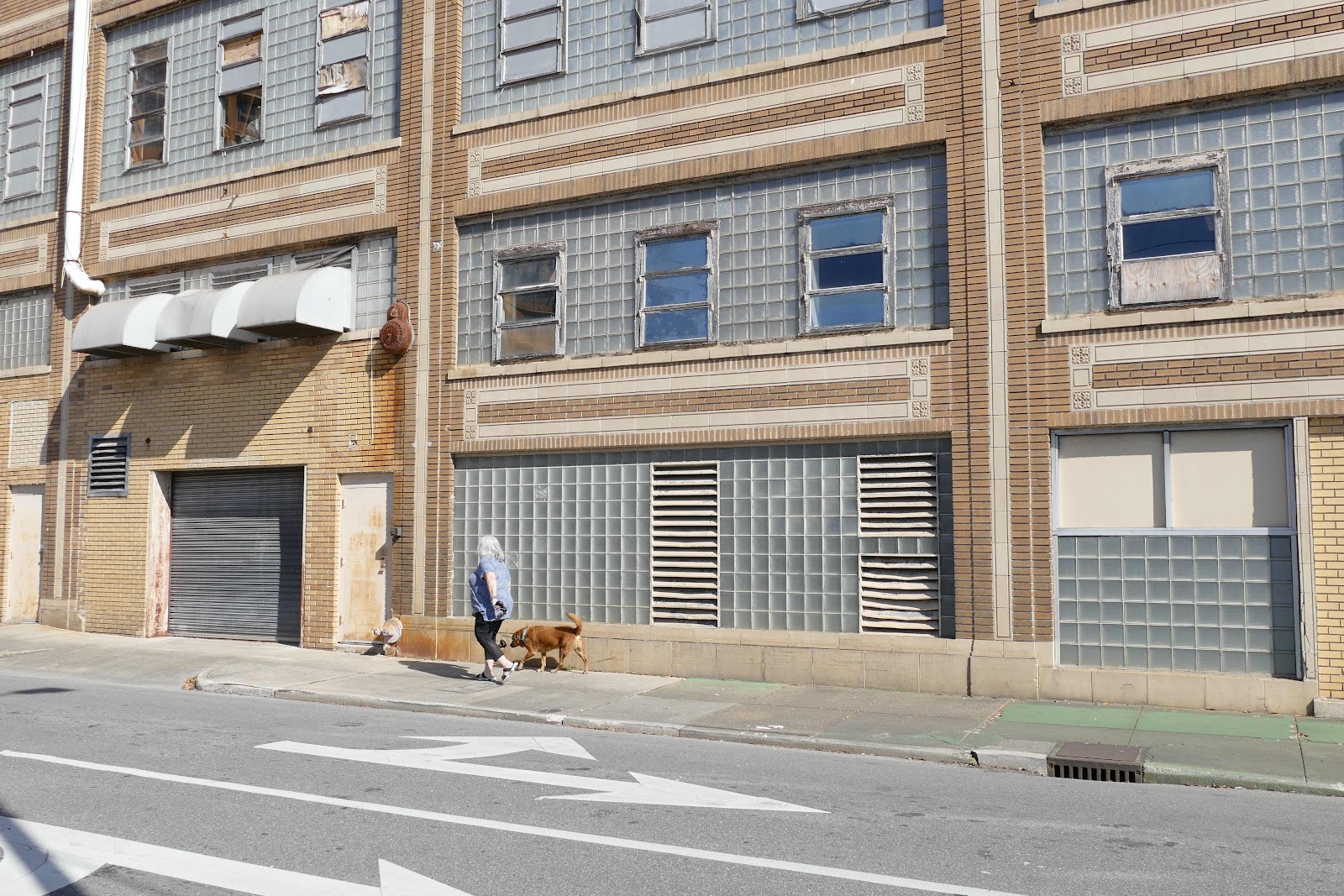 It turns out Mobile has more of a history, an architecture and a culture in line with New Orleans' more famous attractions. Post Covid we shall visit the Carnival Museum. The exterior appealed: 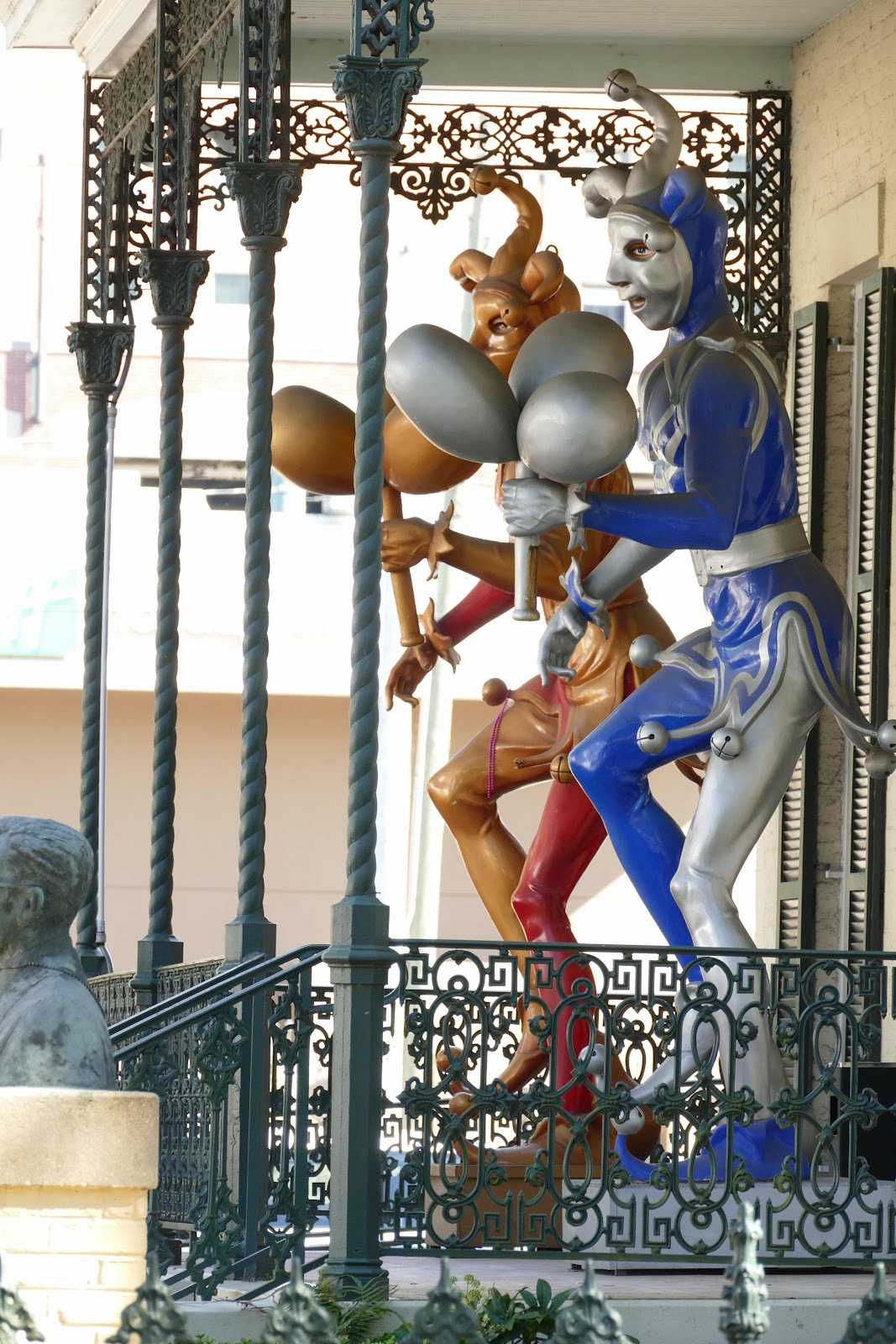 A warm Saturday afternoon did not bring out the crowds downtown and we ambled along Government Street, a fearsome four lane wide boulevard with fast traffic and long blocks between crosswalks. 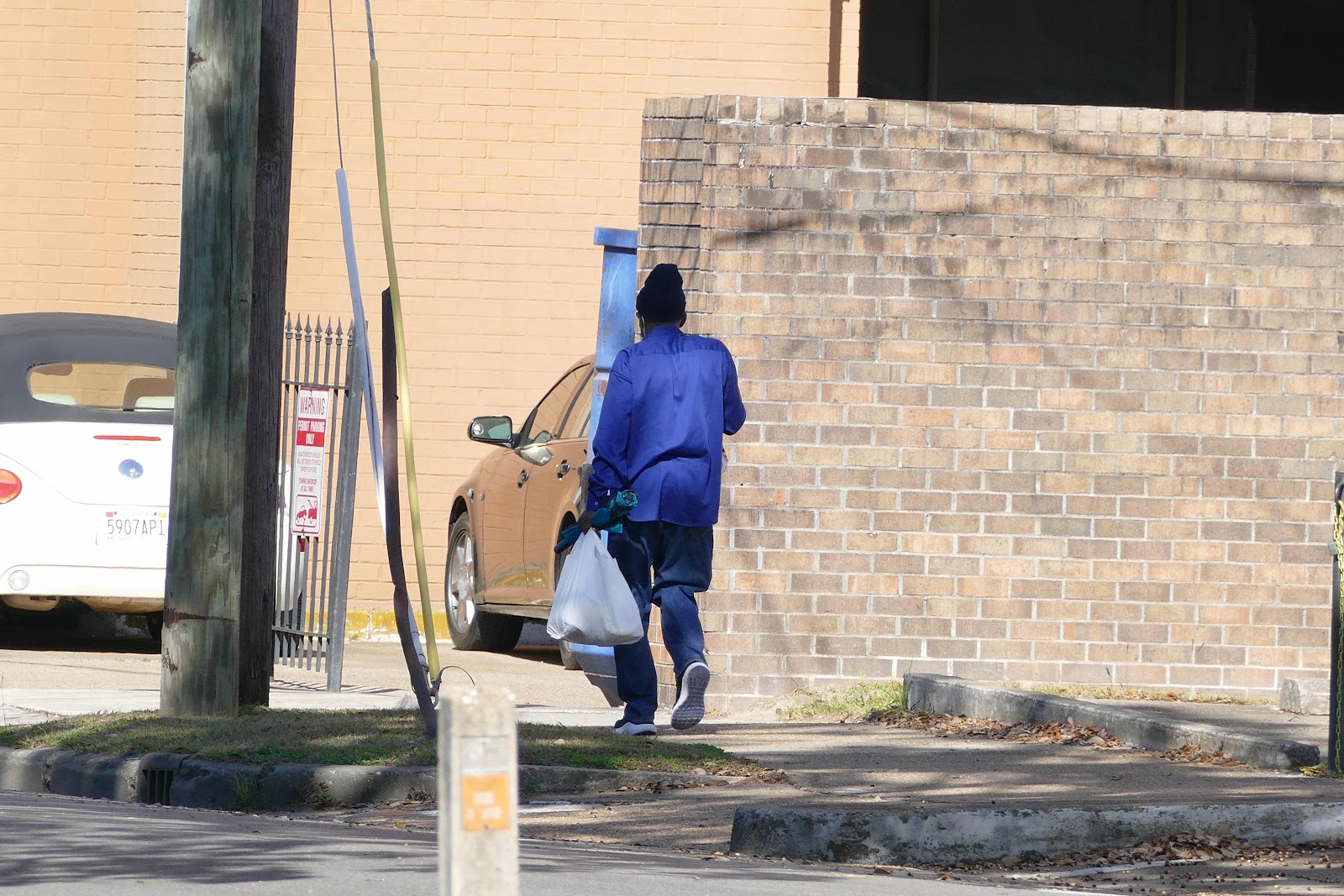 The huge trees reminded me of Savannah, the architecture was genteel Antebellum South, however the details sometimes left a little to be desired: 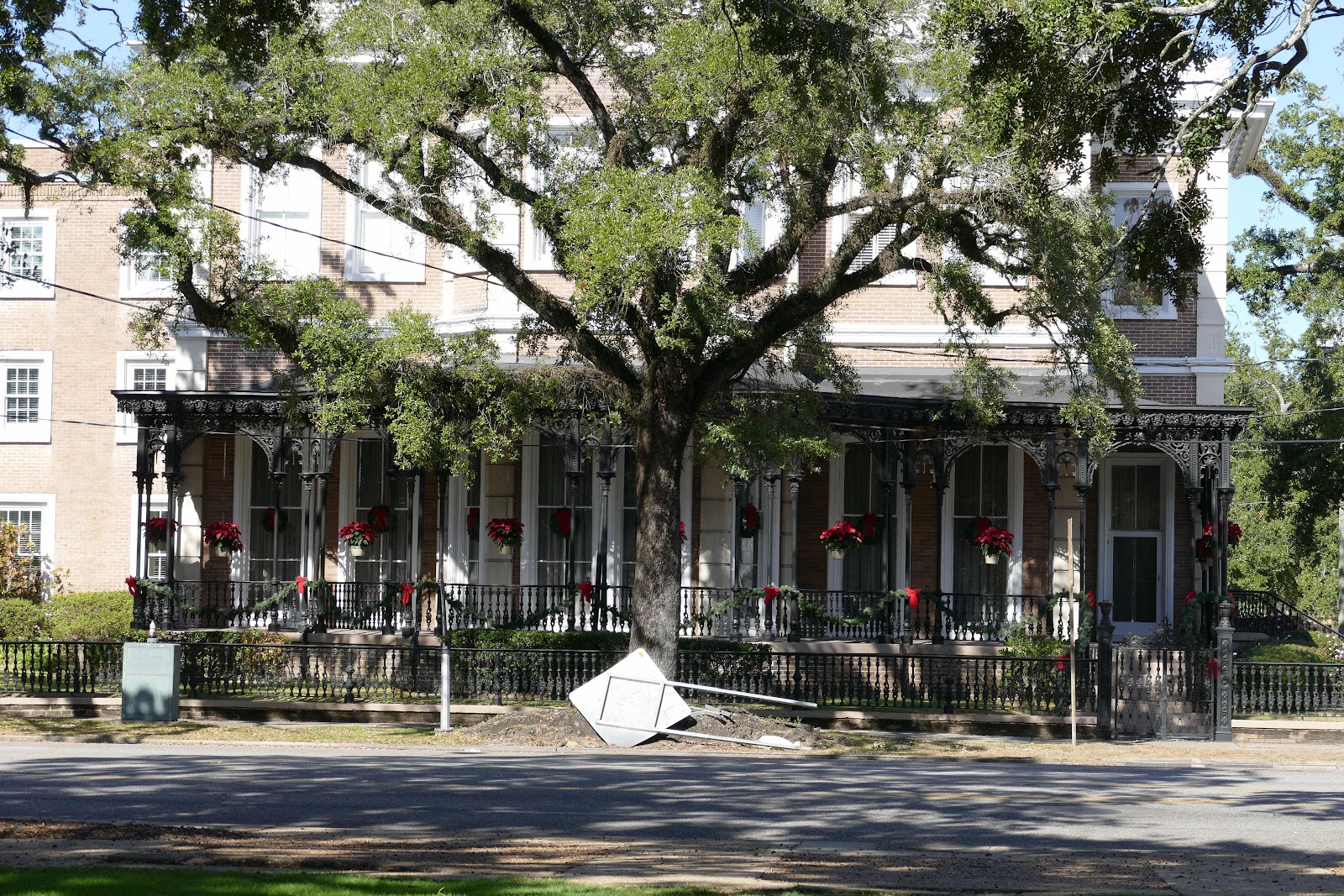 Rusty took his opportunity to check out the park and take a rest in the grass after we chose to sit down and take in the atmosphere. He loves our destinations but van travel does tire him as he finds the motion disturbs his ability to sleep. He will get the habit I think as he does like to learn his routines over time. 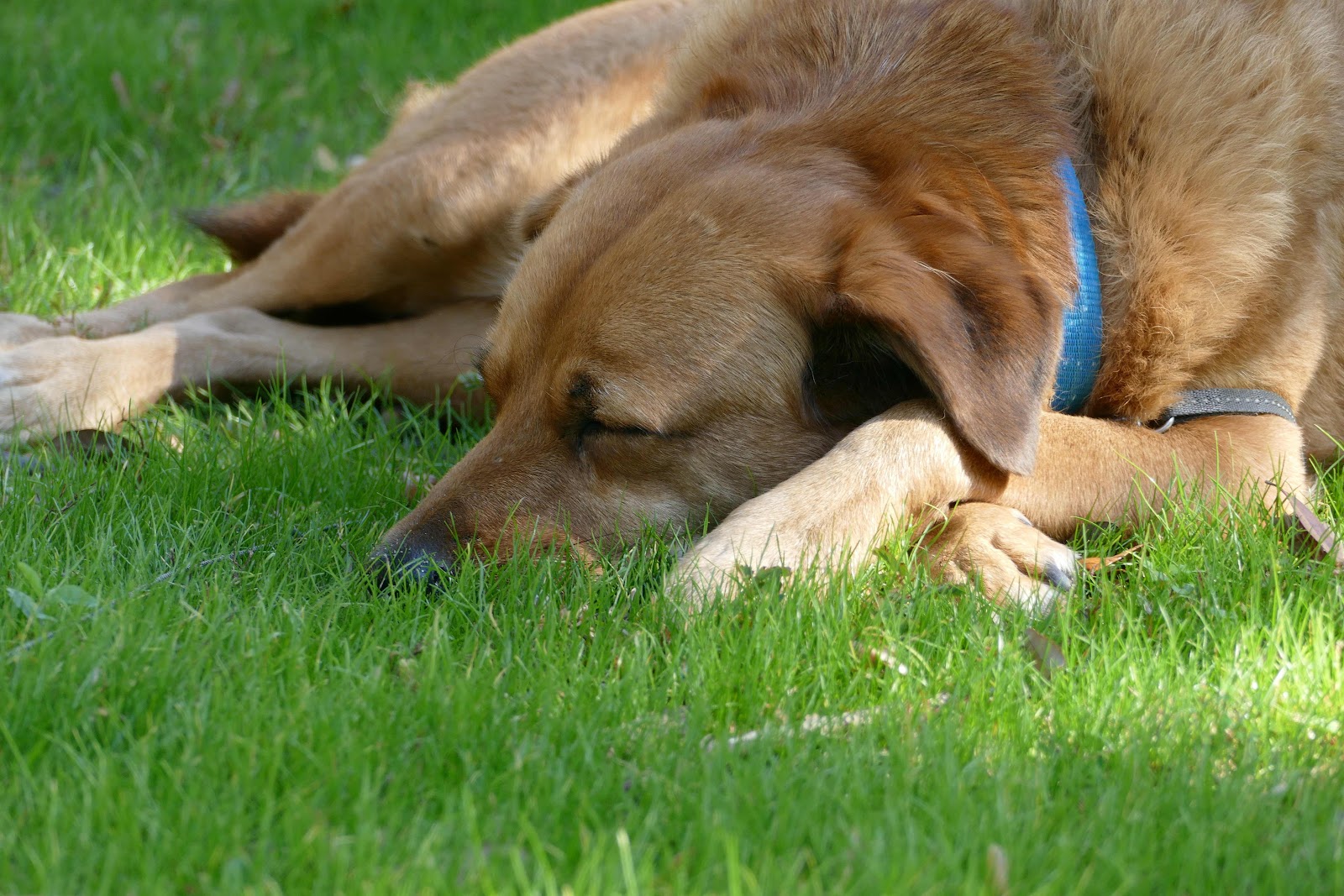 The plaza was built around 1965 to honor the city's sister city of Malaga in Spain. However they have taken the theme much broader to include the notion that Mobile has history and cultural connections to Spain and other cities. 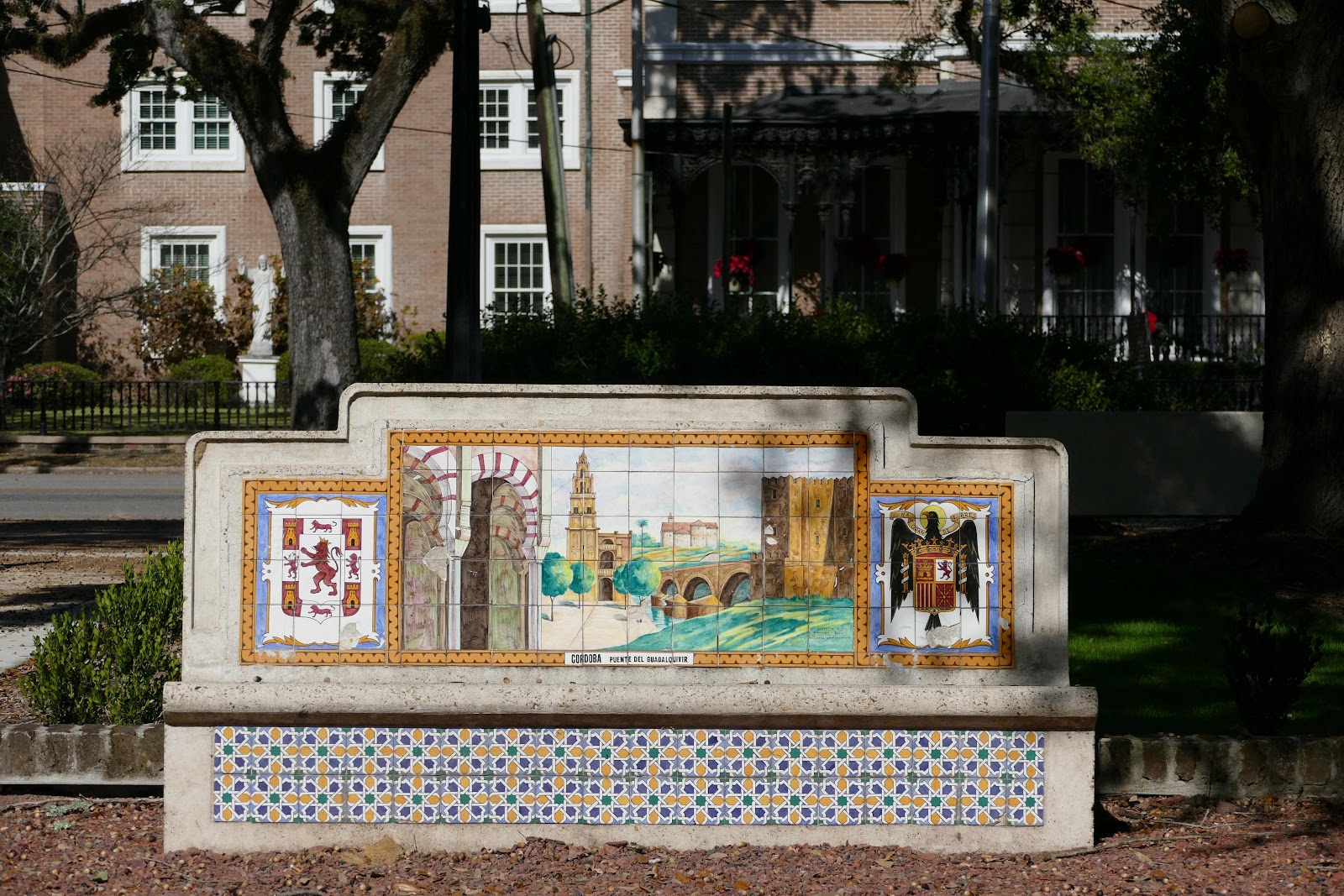 Various cities are celebrated in much touted mosaics built into the benches and they don't look like they are fifty years old which I found quite surprising. 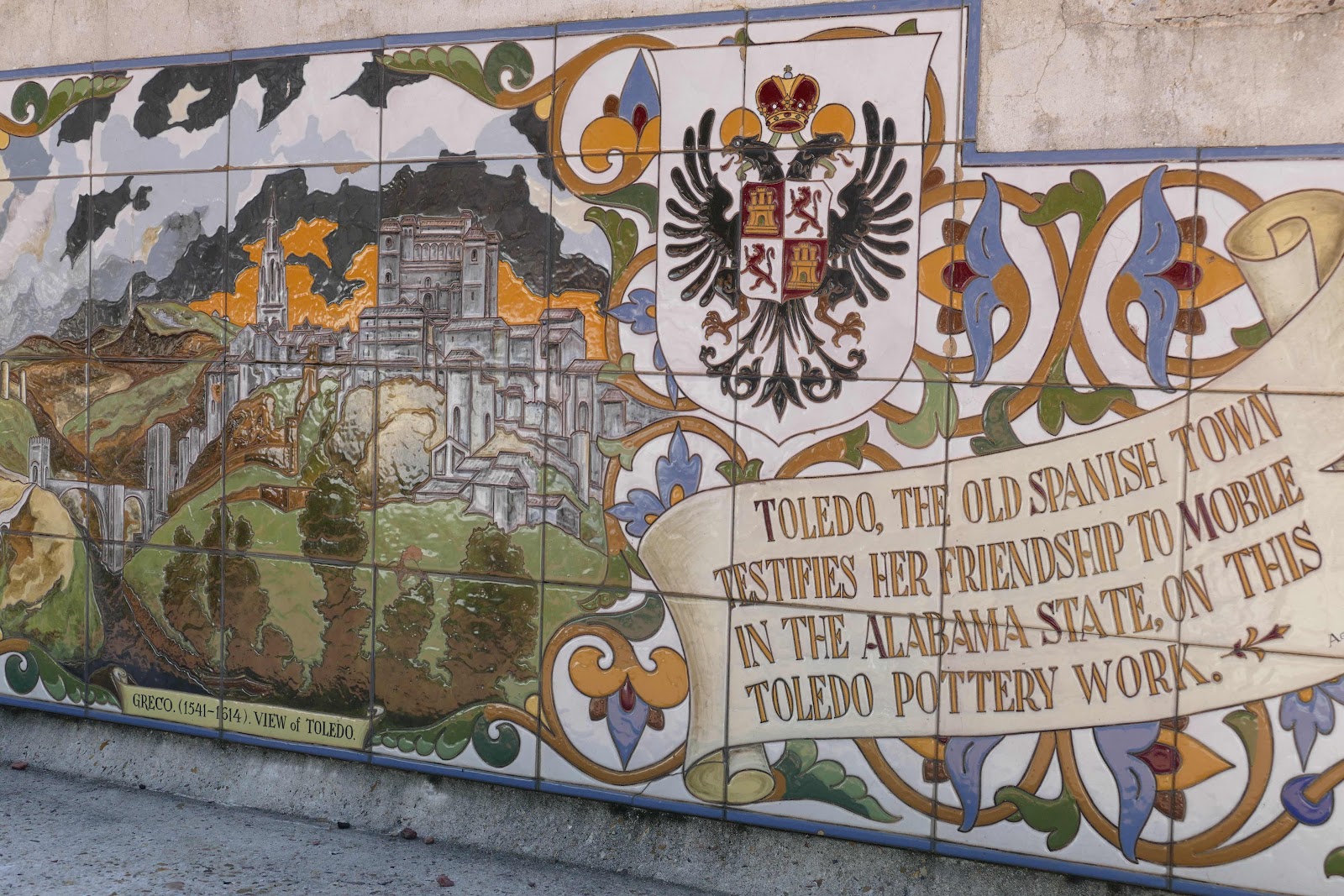 There isn't a huge amount of information about the park but apparently the arches located underneath the display of the Spanish flag all refer to Spanishness in some undefined way. 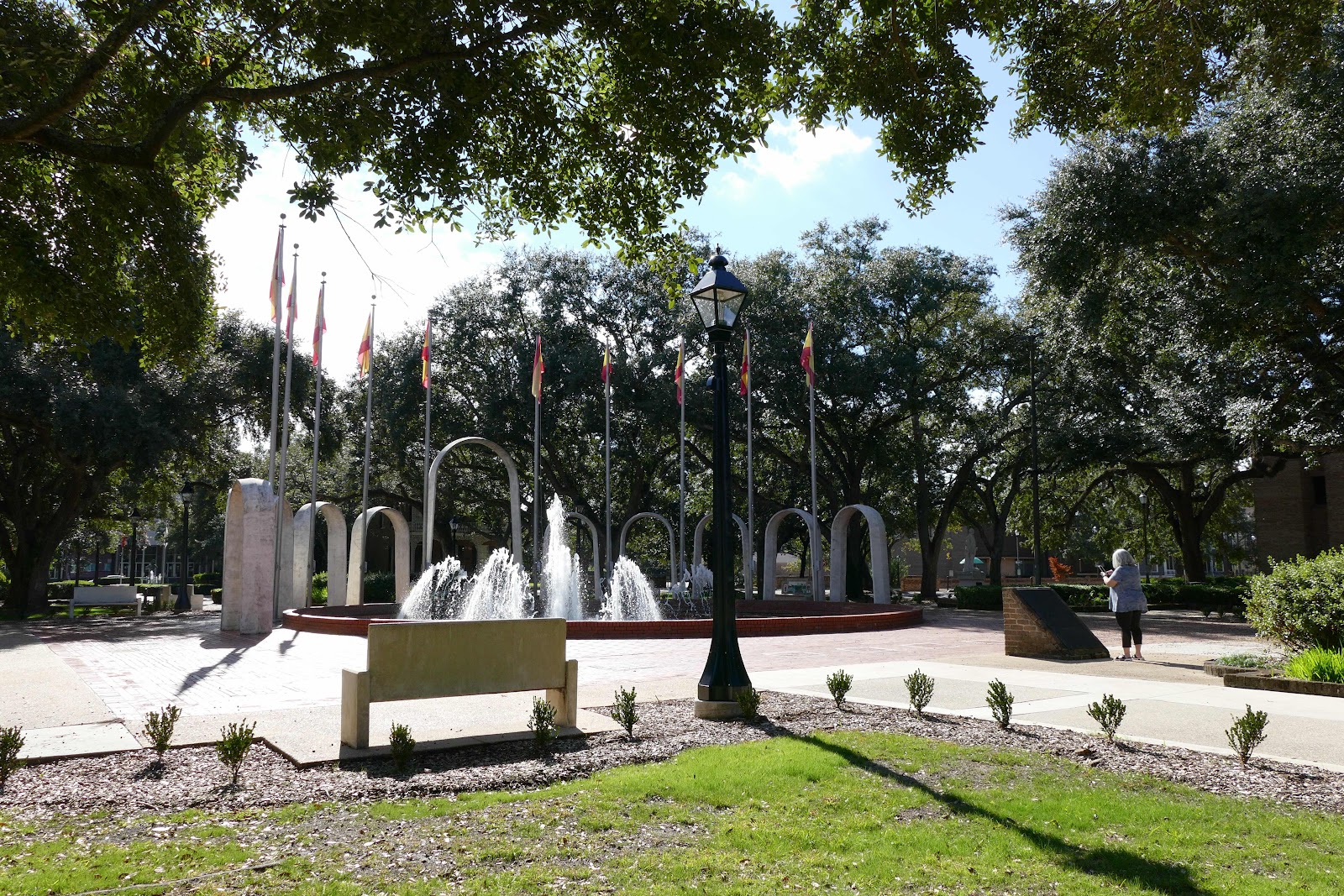 If you want to give yourself a headache you can try reading the history of Mobile in the 18th and 19th centuries. It was important enough to become the capital of Louisiana for a while, and the French British and Spanish fought over this valuable well protected port. 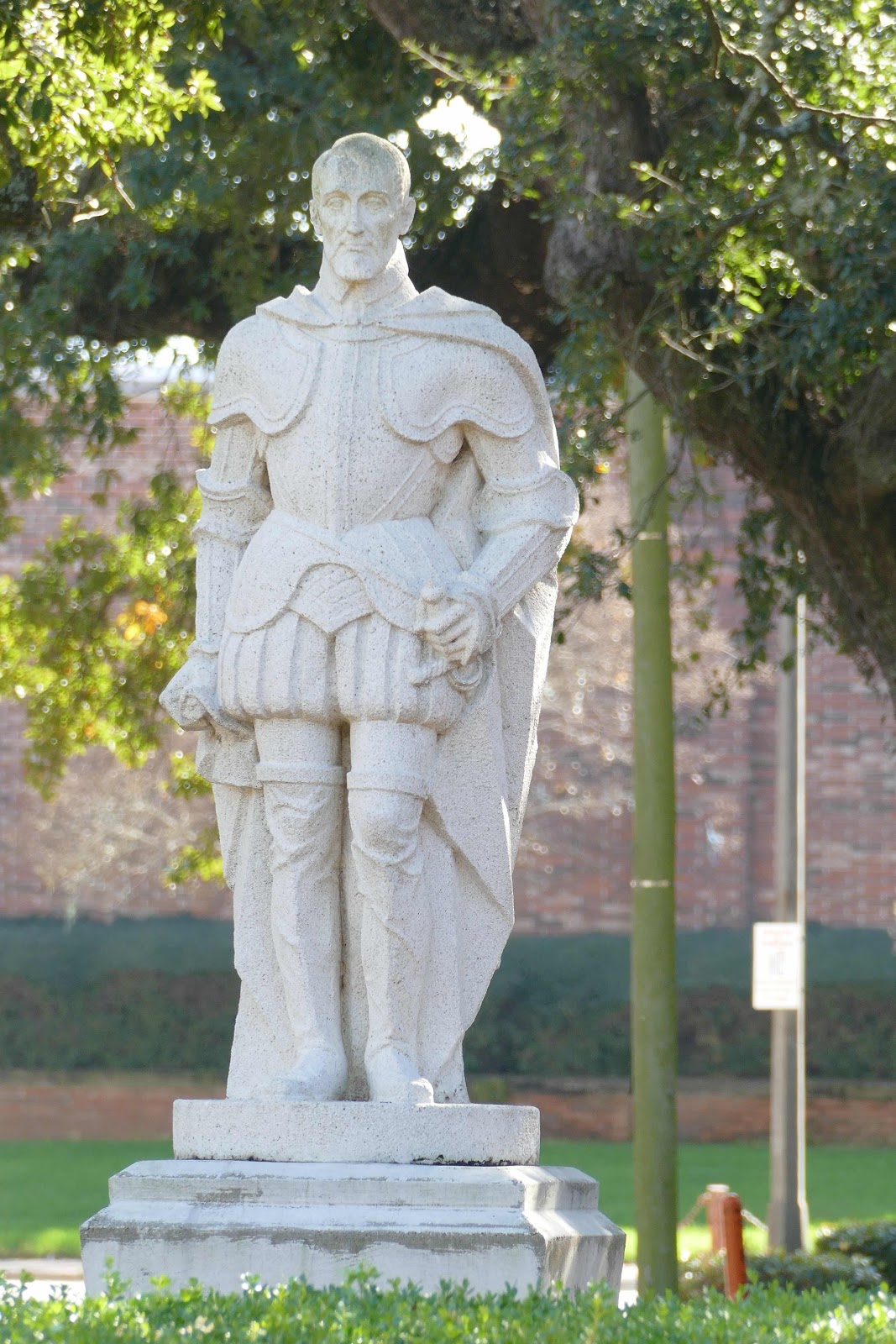 Where New Orleans claims French ancestry but was actually mostly governed by Spain, Mobile claims Spanish ancestry and can't figure out the proportions much closer than that. France and Spain lost the Seven Year War and Britain gained the upper hand from that victory in the Americas, which region was supposed to sustain the economies of the Old World. 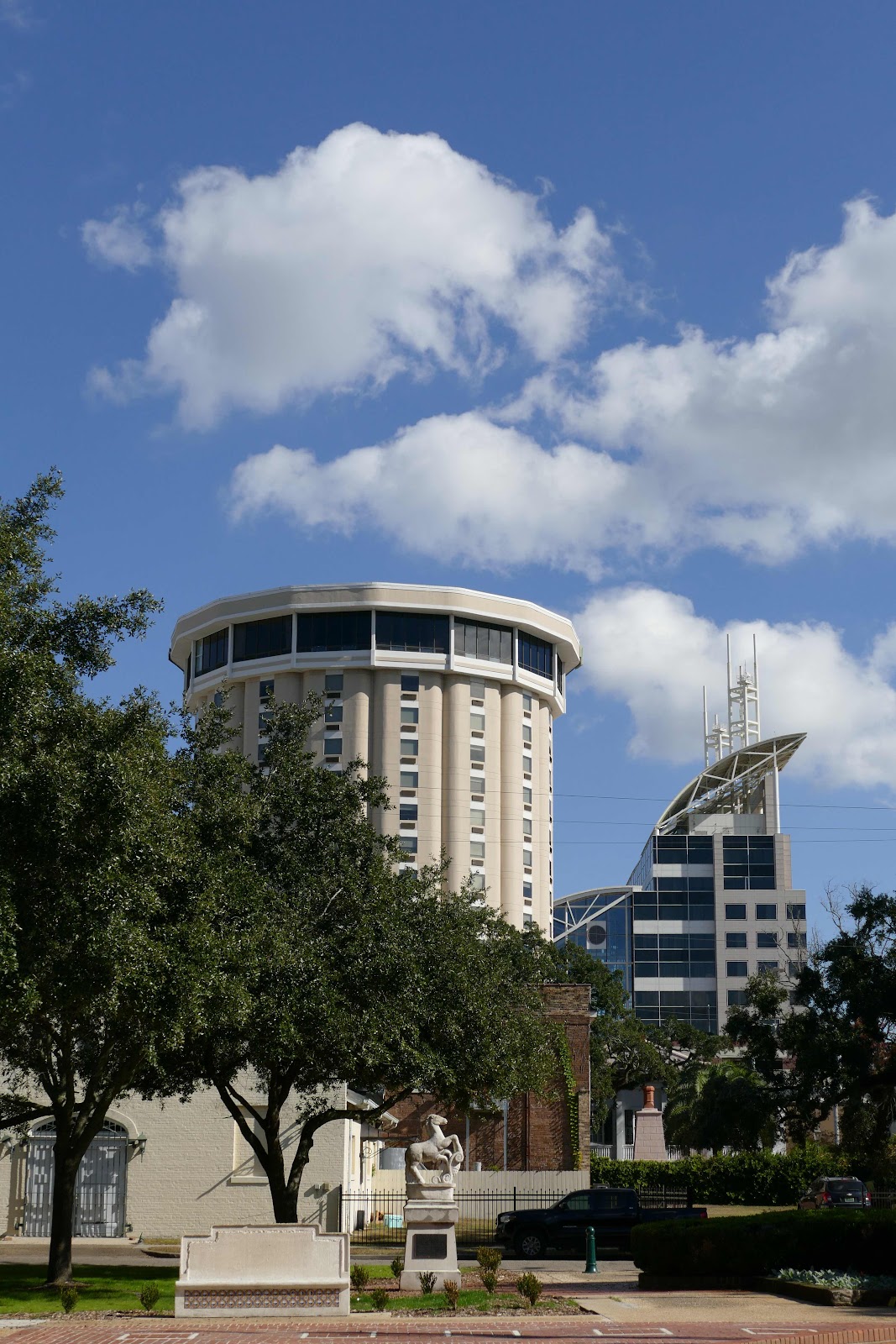 Suffice it to say Spain won the territory form the British and the newly minted Americans started eyeing the land wistfully and eventually snagged Mobile as Spain wasn't strong enough to maintain their entire colony. In the end this town became it's own center, apart from Pensacola and New Orleans when the Americans already informally occupying the area won the war of 1812 and as a by-product sent the beleaguered Spanish Garrison, the last presence at Mobile, back to Spain. 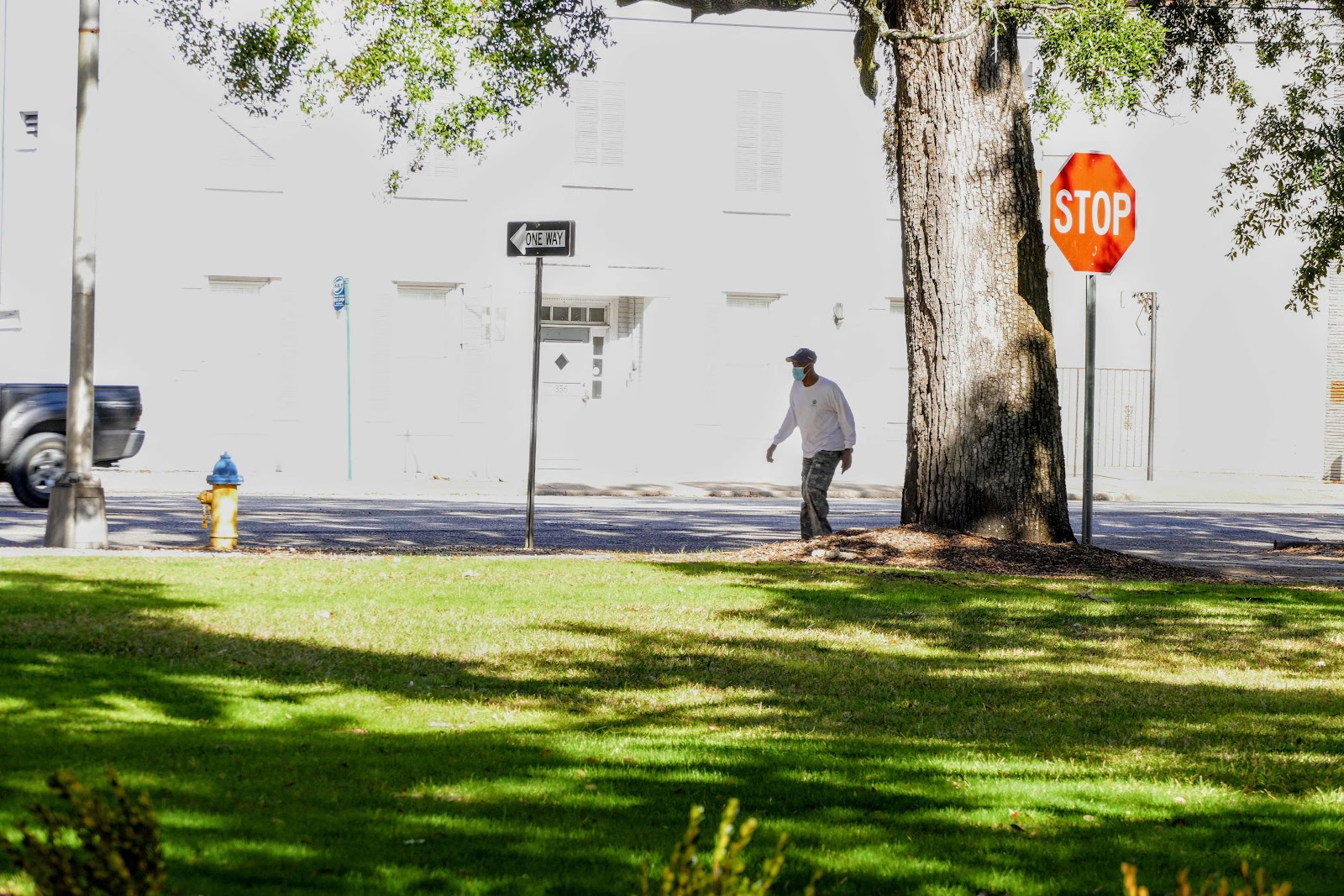 I don't spend a lot of time thinking about Mobile and the city doesn't show up in lists of attractive southern cities the way Charleston, Savannah or New Orleans do, but even a short walk around downtown leaves you wondering why. 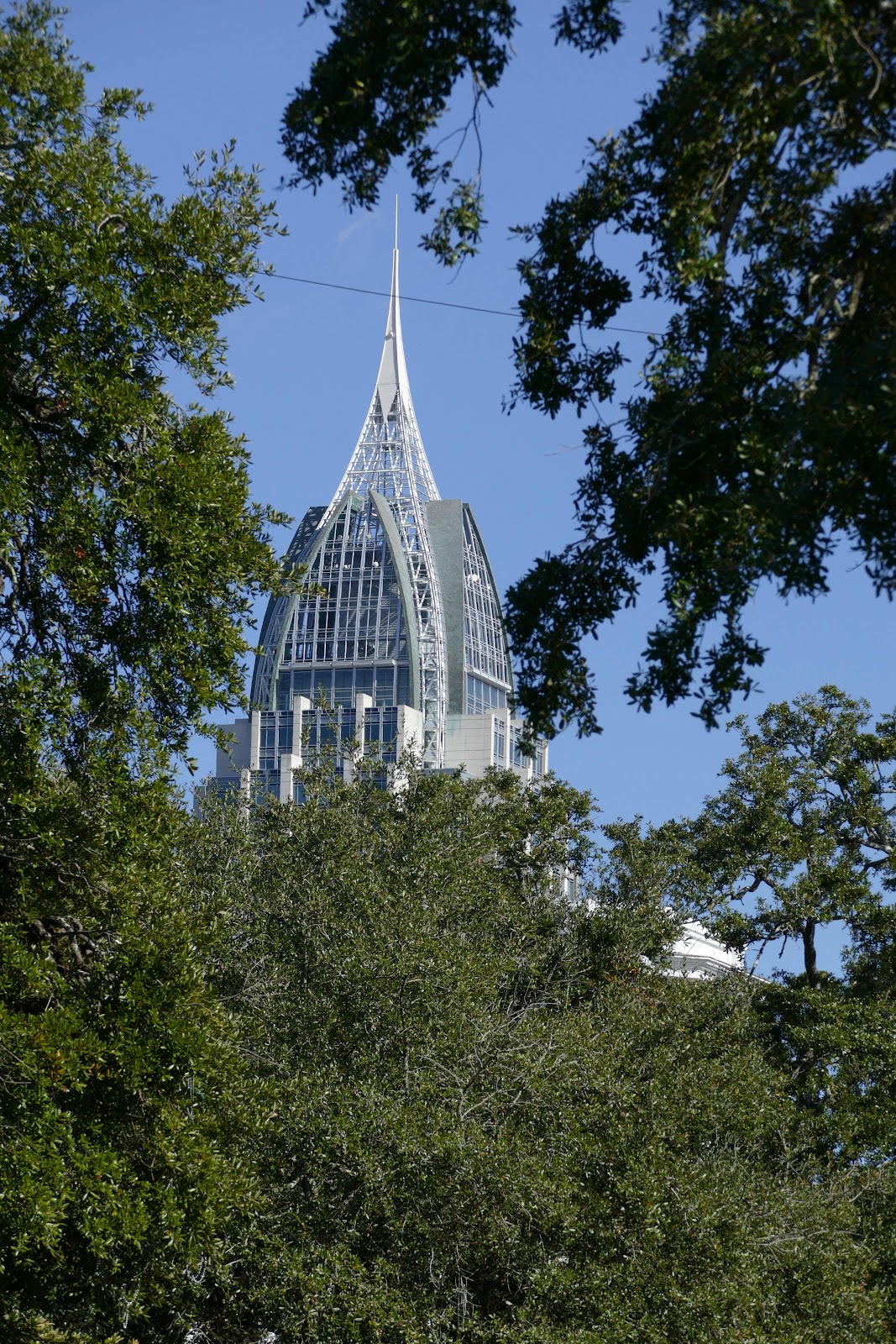 Maybe it's a lack of advertising? Or perhaps they have all of what they need without more of us streaming in to spoil things? 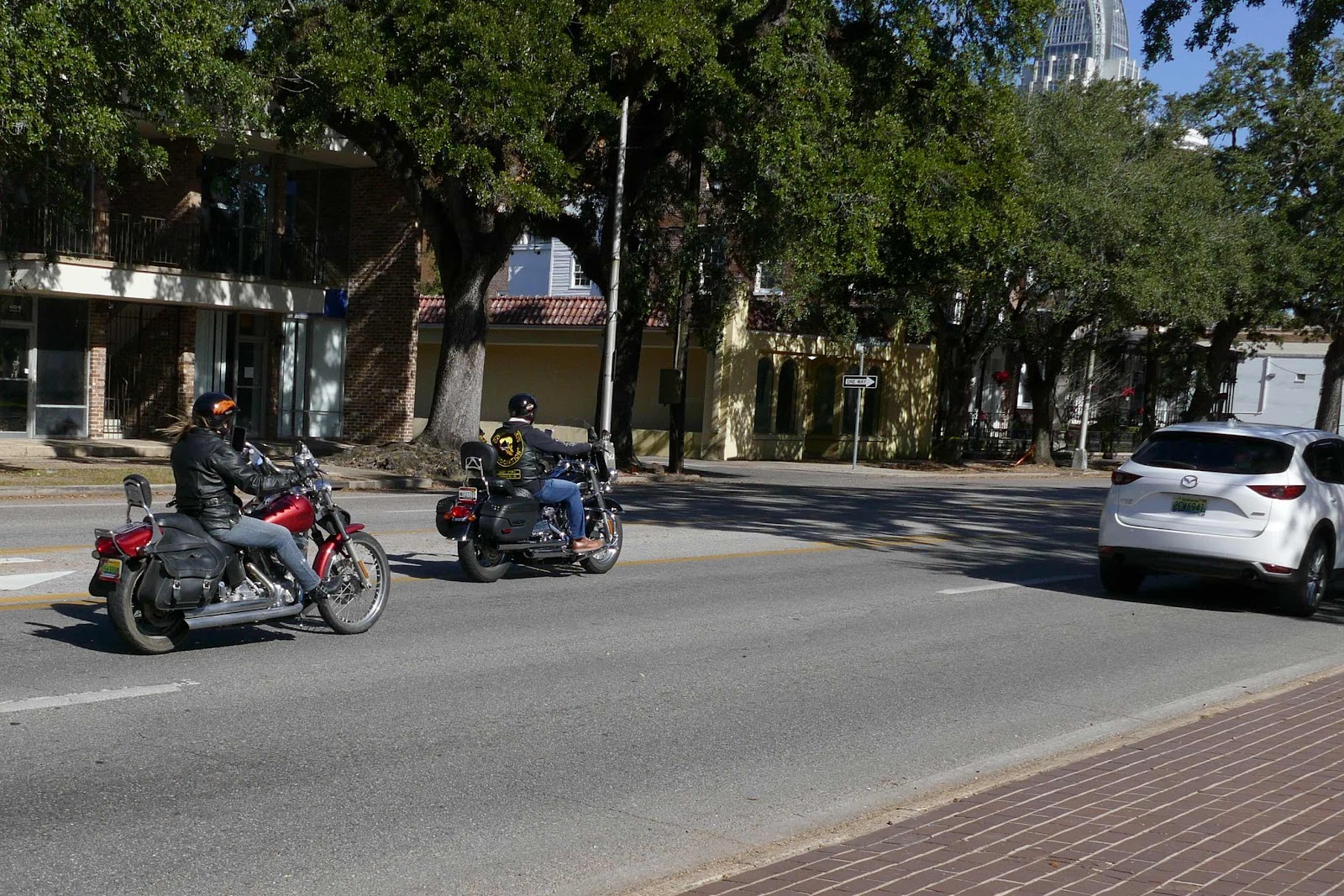 The chamber of commerce showed off a massive headquarters in the park. It's hard not to believe in Mobile once you've been there. 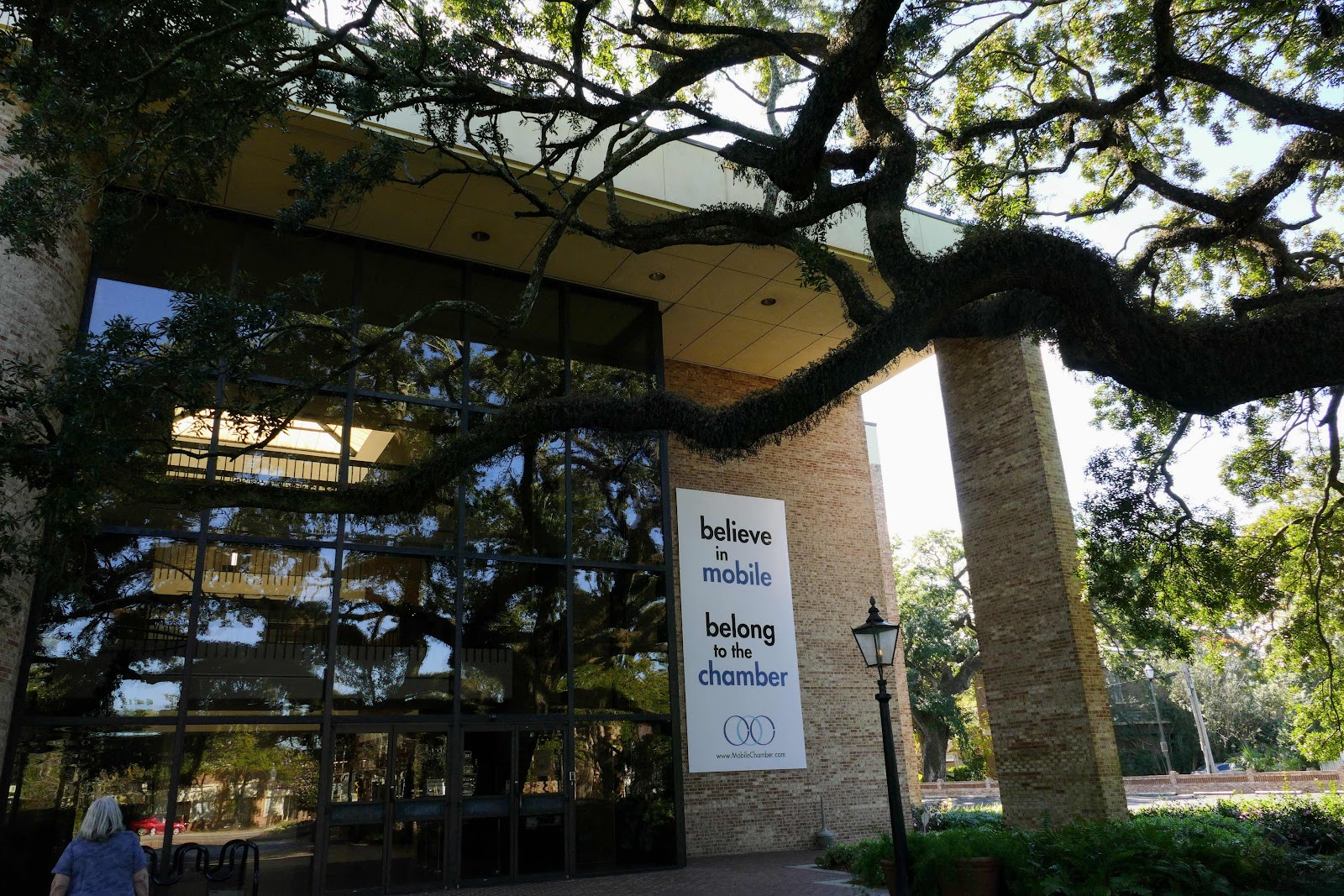 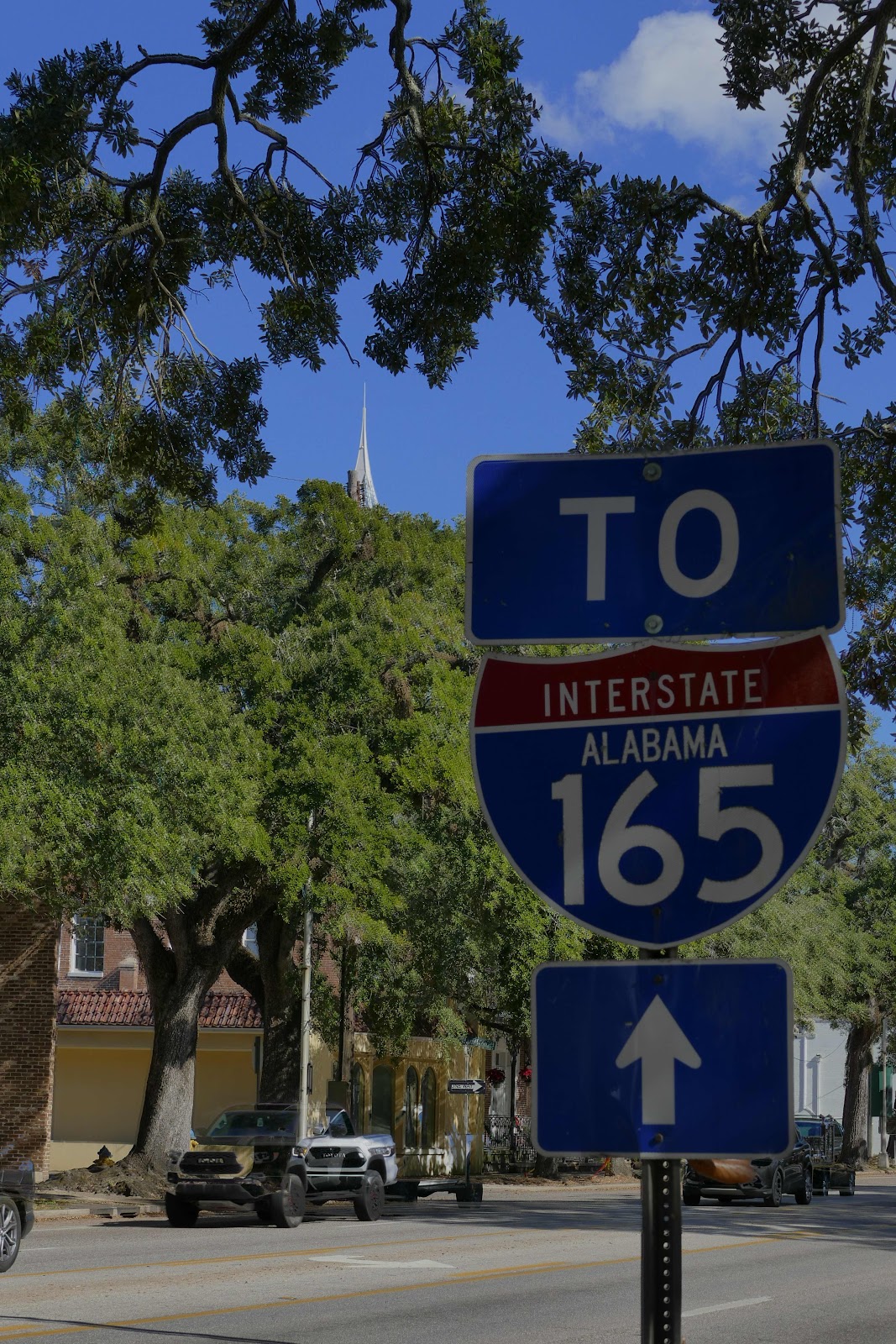 There are monuments all round the place and every one seemed to have some reference to the Civil War, related to "the war between the states," in southern parlance, as though that upheavals was a schoolyard scrap. 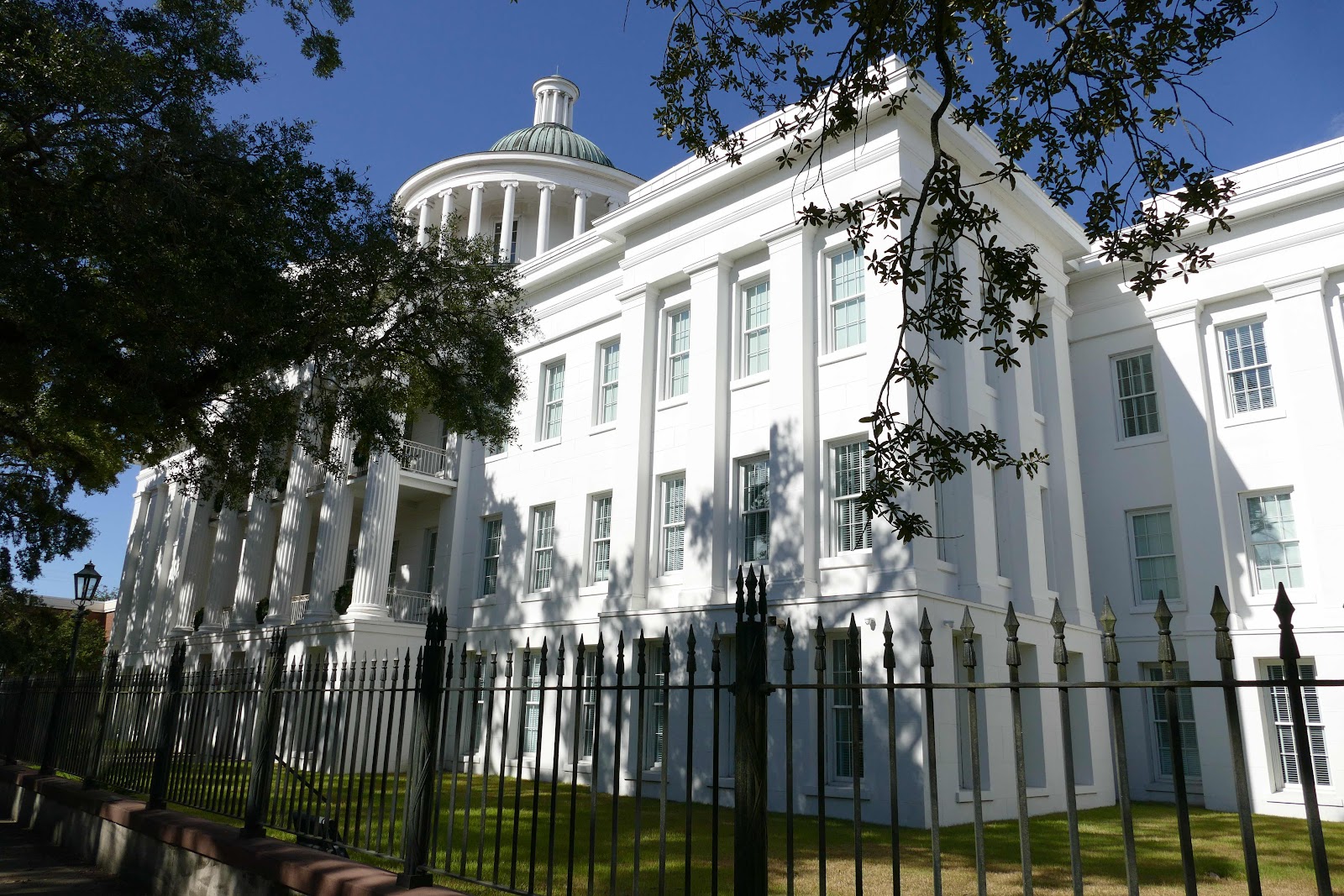 Check this one out below, a certain resentment reverberates from the last sentence. Union soldiers were an occupying force, no doubt. 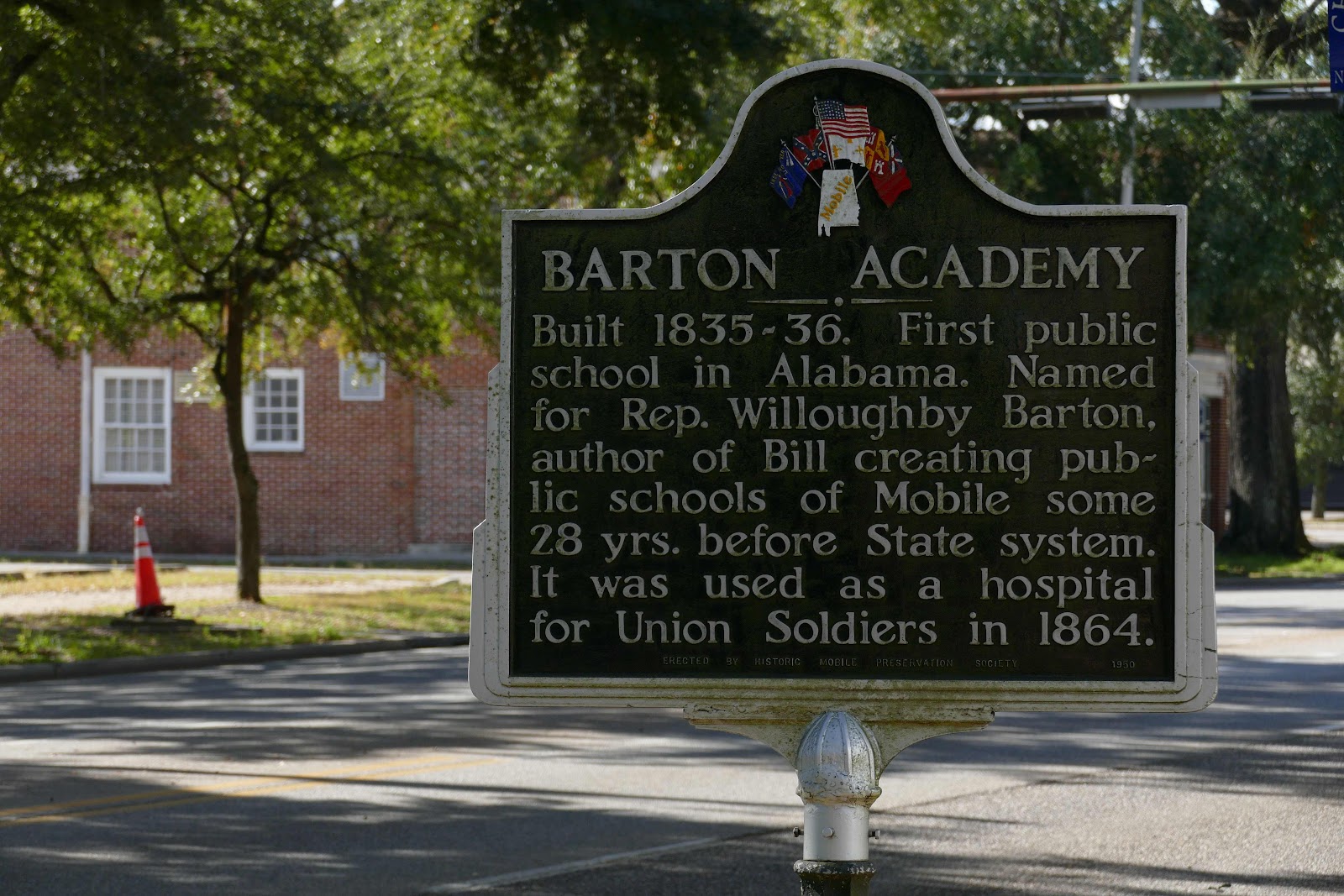 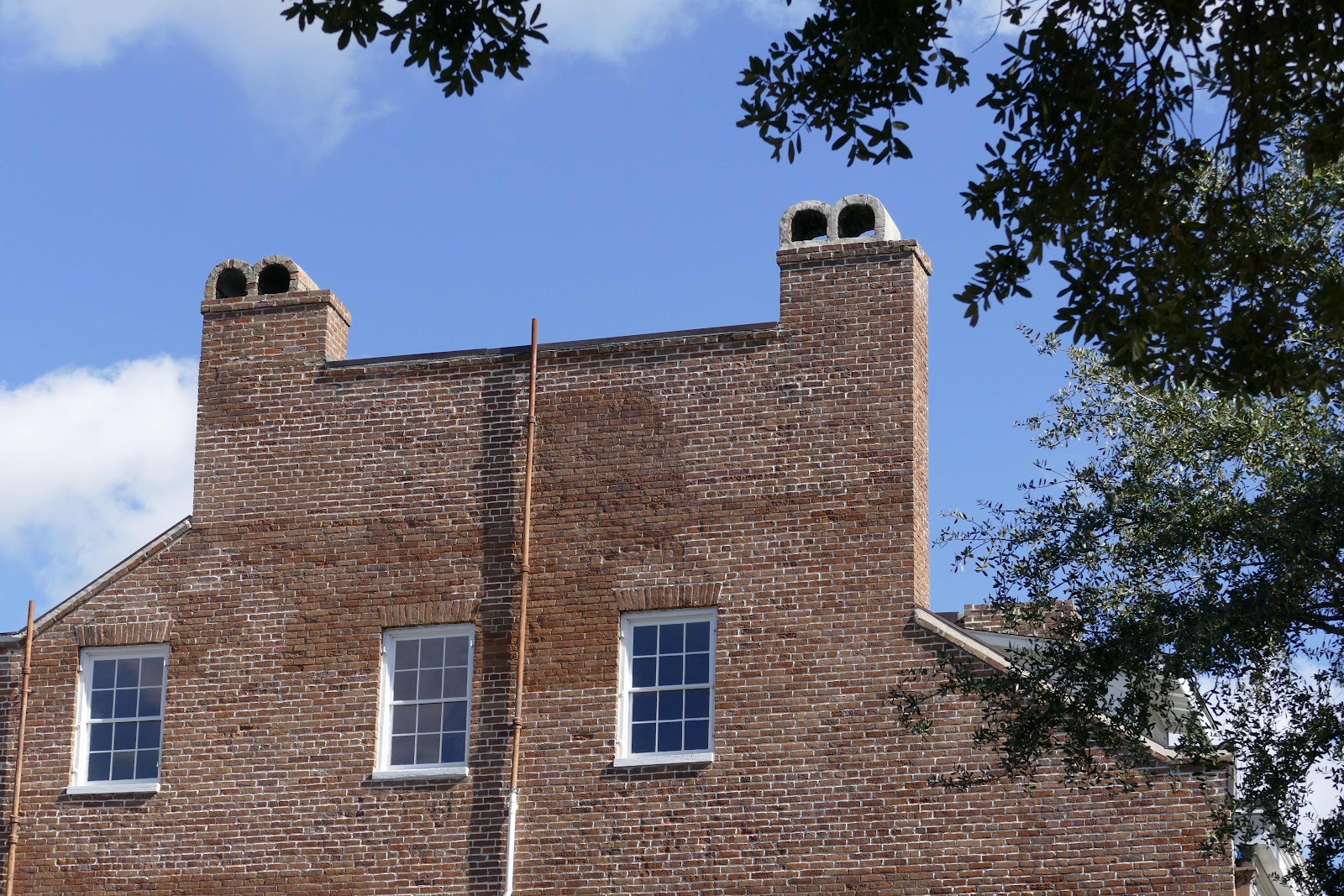 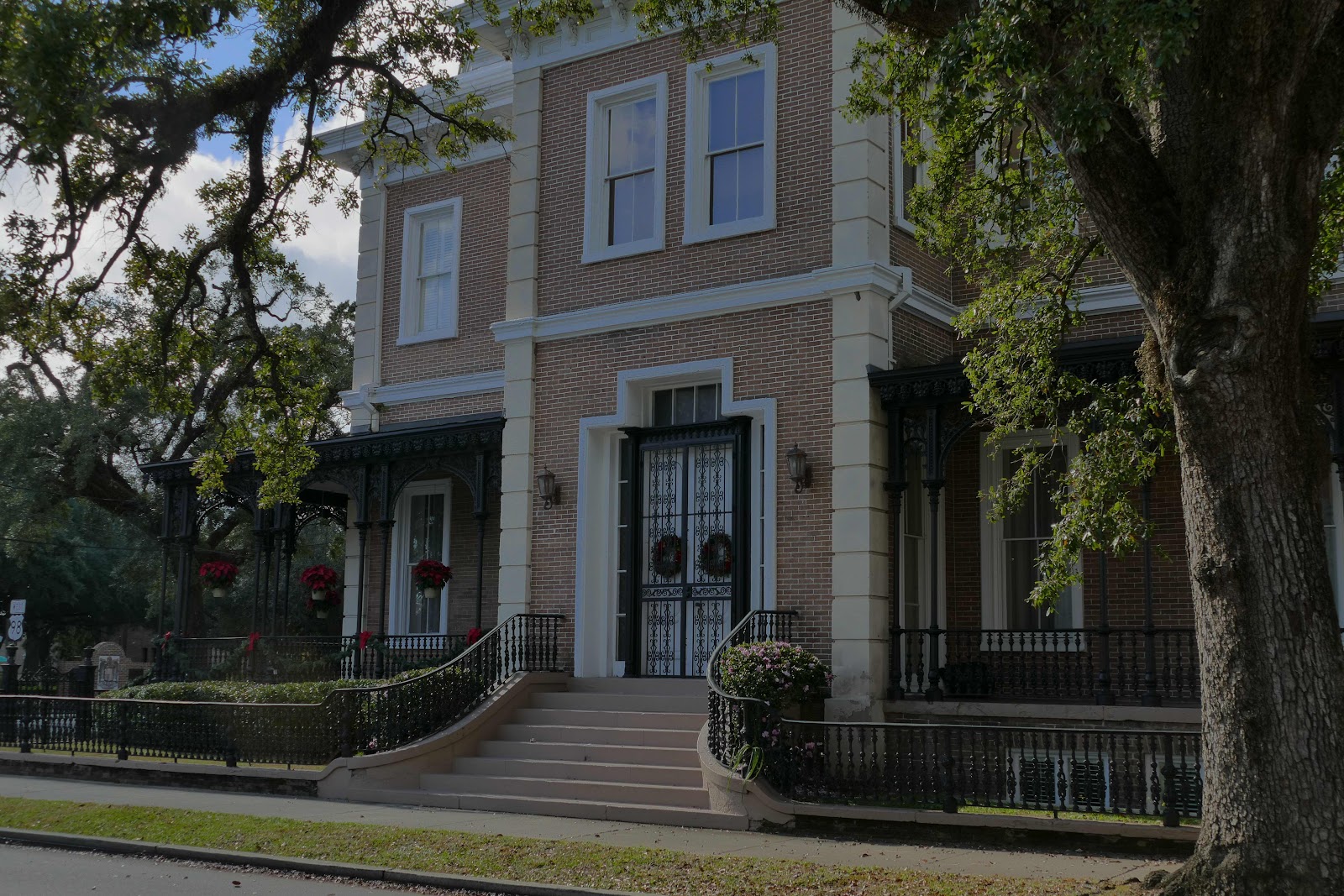 We walked around and admired the beauty of a neat tidy town. 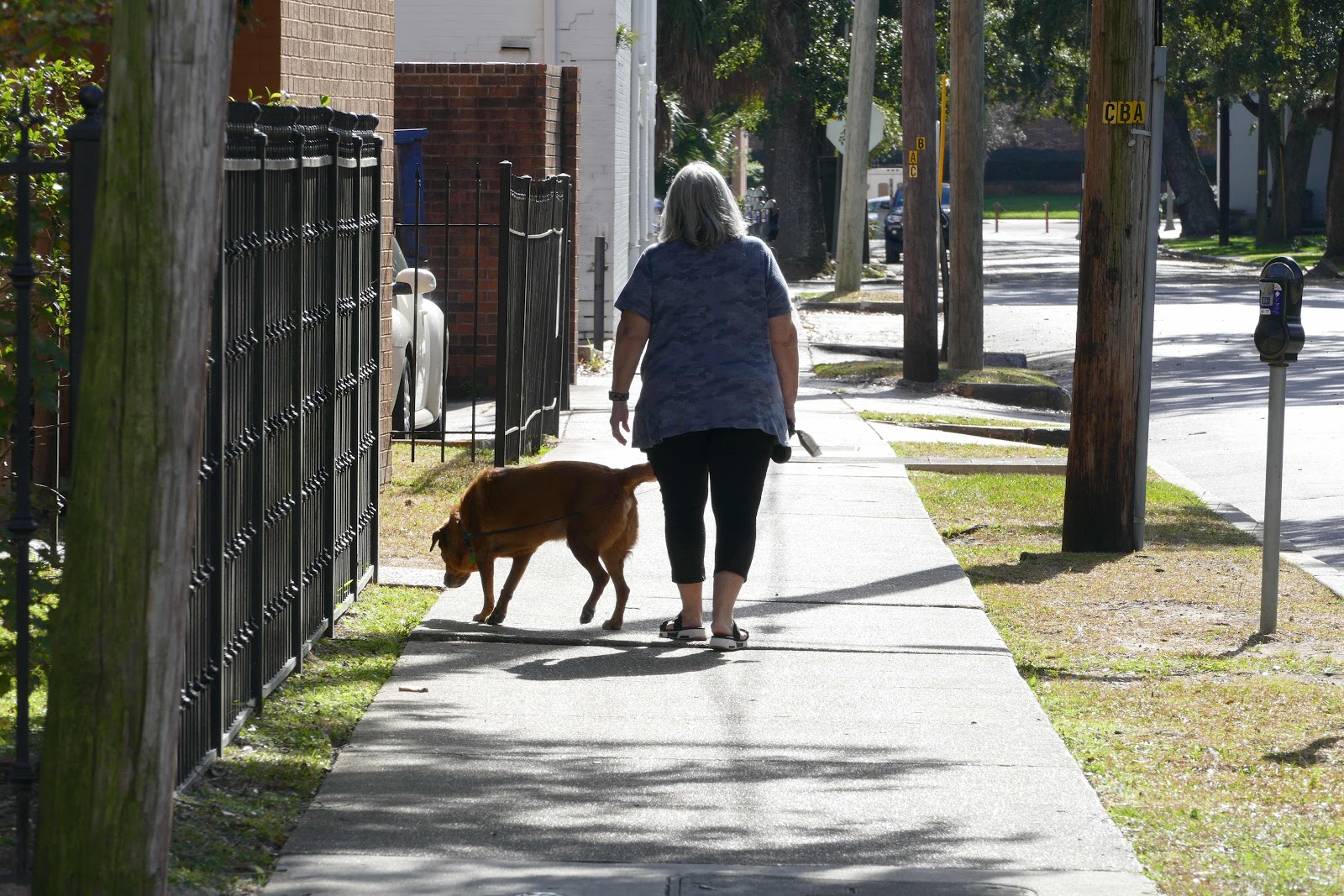 Too bad the Saturday market which was the ostensible cause of our stop was shut down for the winter. 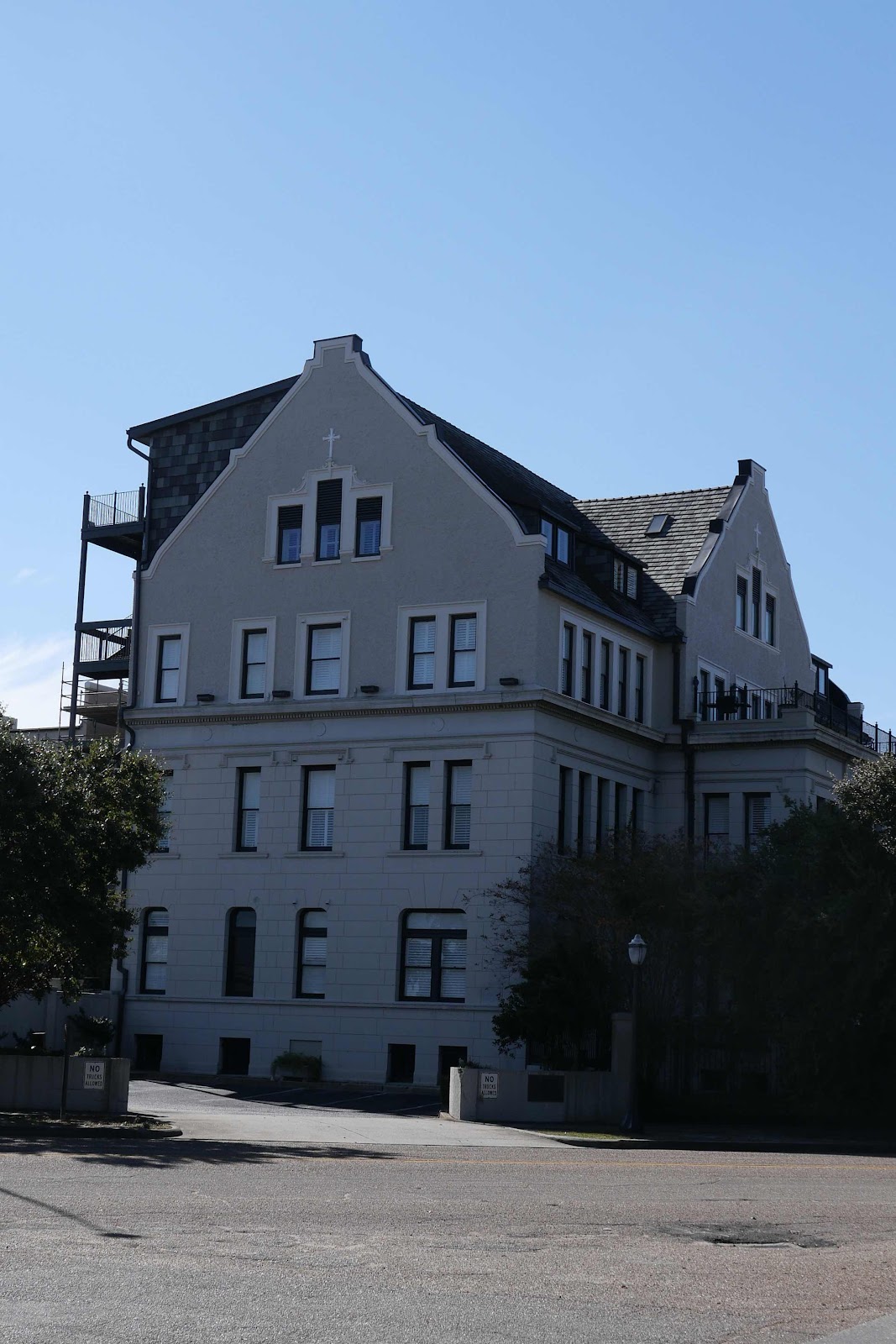 We headed north out of town on US 98, across country into Missisippi for an appointment with a tea maker. 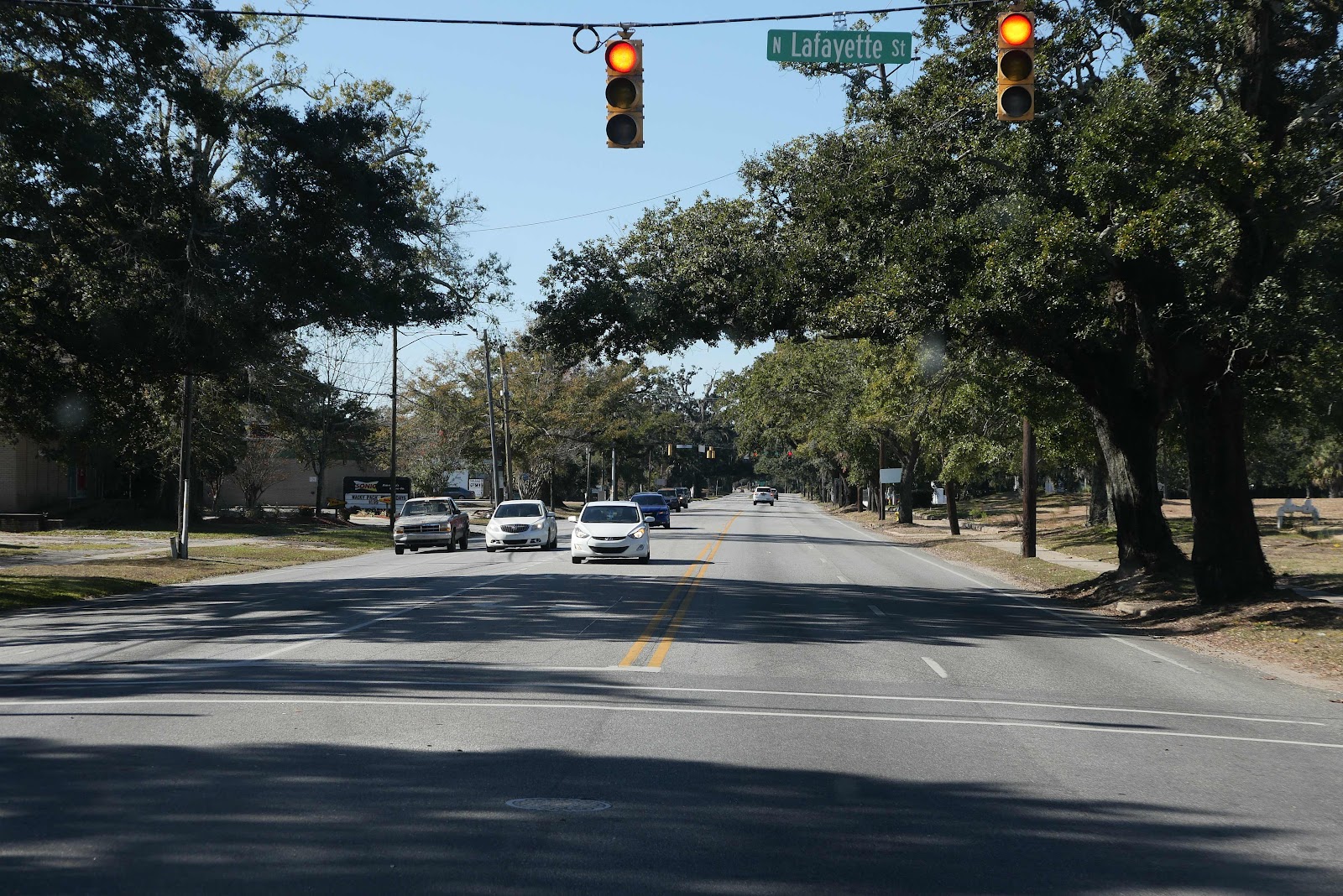 We stopped for a late lunch by the side of US98 in Mississippi and it felt good to be on the open road. Traffic was sparse, temperatures were in the mid 70s, very much to our liking, and the whole drive from Pensacola had me behind the wheel of the Promaster for a total of around just four hours. The lunch stop was unplanned, we pulled over when we saw a wide open space where a road joined Highway 98. The van was our picnic platform for tunafish wraps and a moment of stillness. 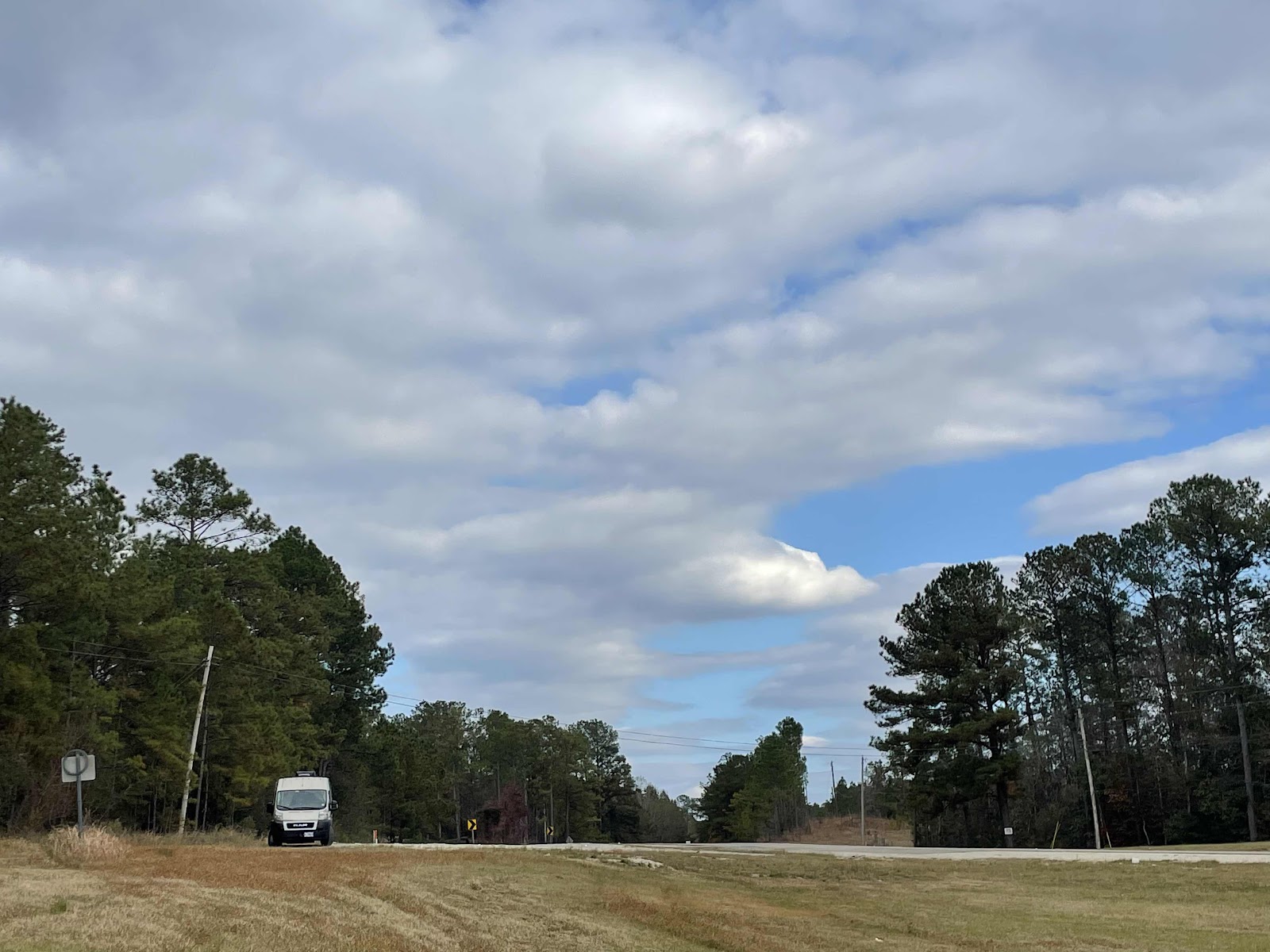 Rusty ran free, rolled in the grass and looked adorable, taking the time to enjoy his time out of the van. 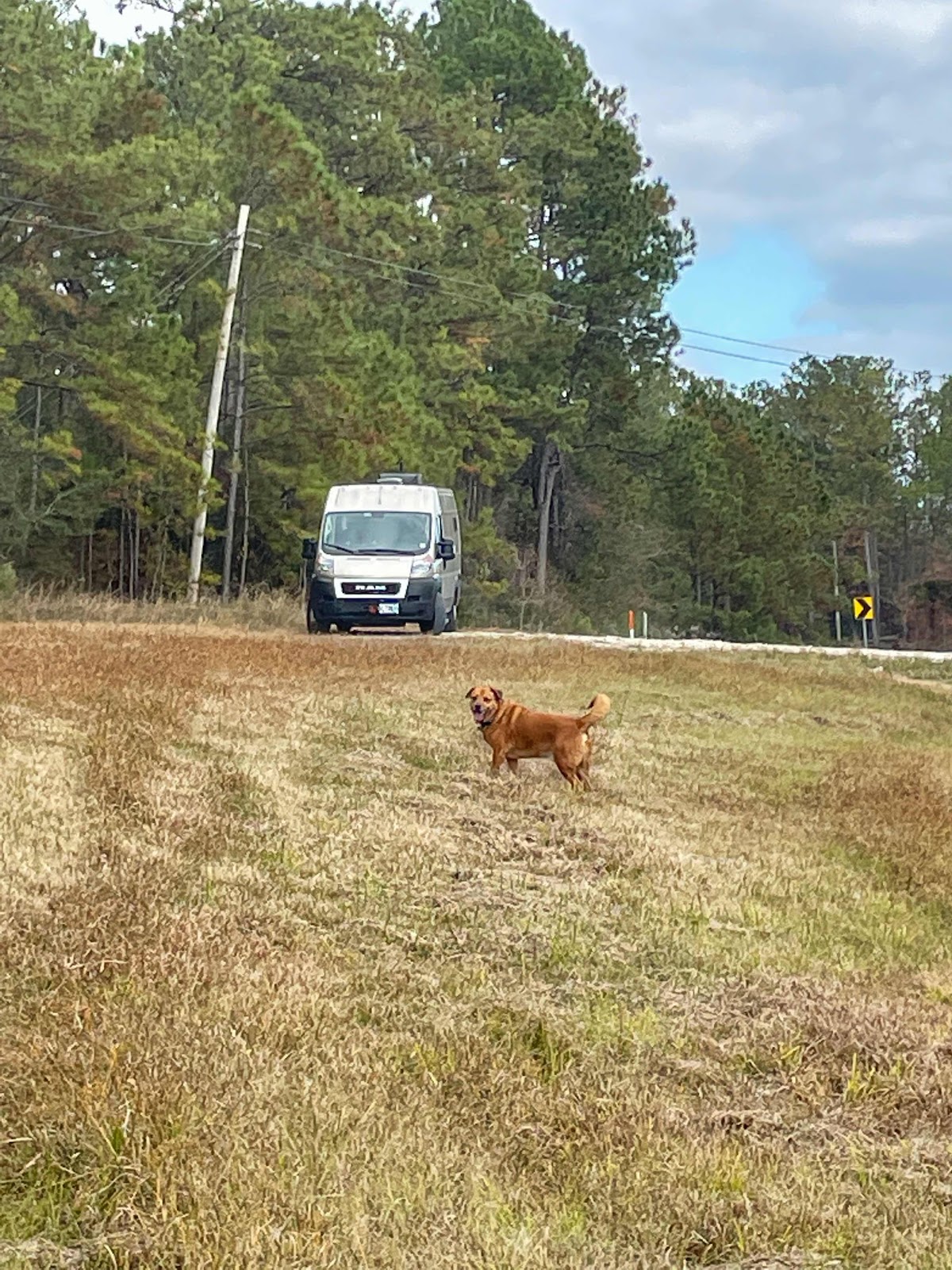 Just another day on the road perhaps, but the first in our post-moochdock drive to the west.