I got my 'flu shot Friday morning, a last minute appointment which I could not refuse as I don't much like the 'flu. The unfortunate part was that my plans to spend the morning, a rare morning off with no rain, at the beach got scuppered. Rusty and I went out nothing daunted to grab an hour or so wandering with camera. The van stayed home unfortunately as there would be no time to swim shower or laze around. 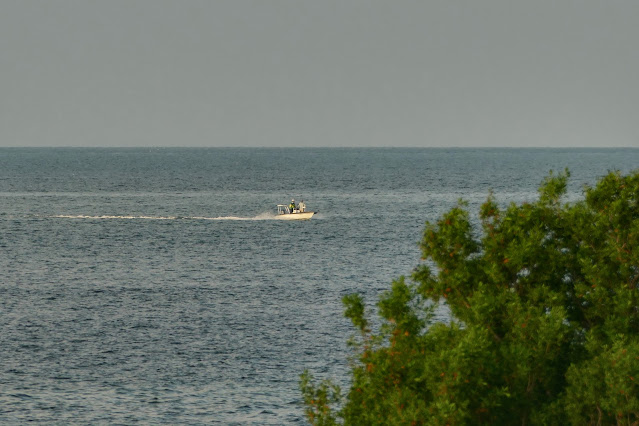 The moon must have been doing something fishy because everyone was out chasing fish that morning, except me. I watched from the heights near the old Bahia Honda bridge as people rushed around in their boats looking very picturesque. 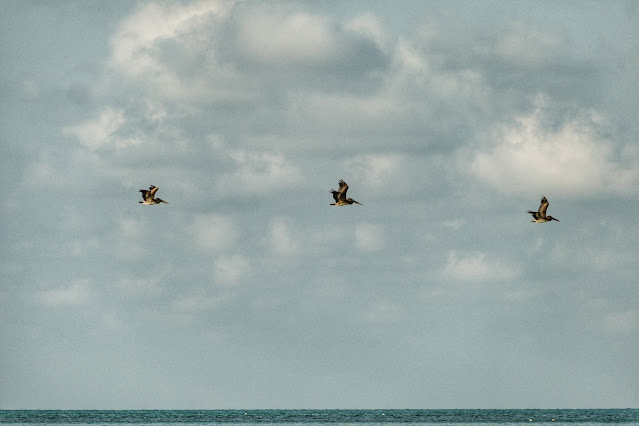 Rusty and I drove on the Veterans Memorial Park, reopened with limited facilities following the leveling it got by Hurricane Irma in 2017. There are picnic tables without shelter and porta-potties while the toilet block remains boarded up. The views are still lovely. And the pelicans were circling around and making a solid breakfast from one particular patch of ocean. 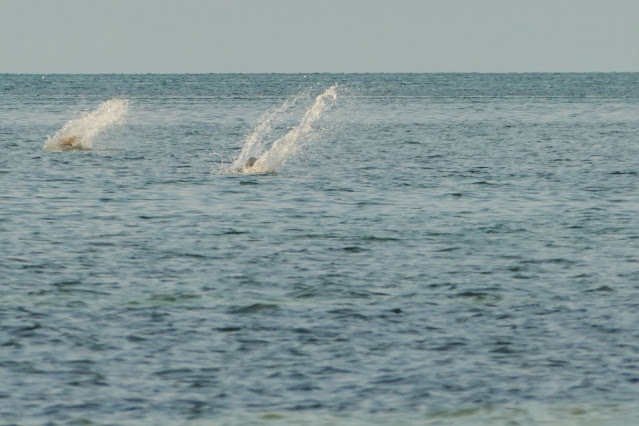 There was one other car in the parking lot with a roof rack and the occupant soon hove into view in his rather pretty canoe. He made for the pelicans and shooed them off by casting a bait net into their breakfast. 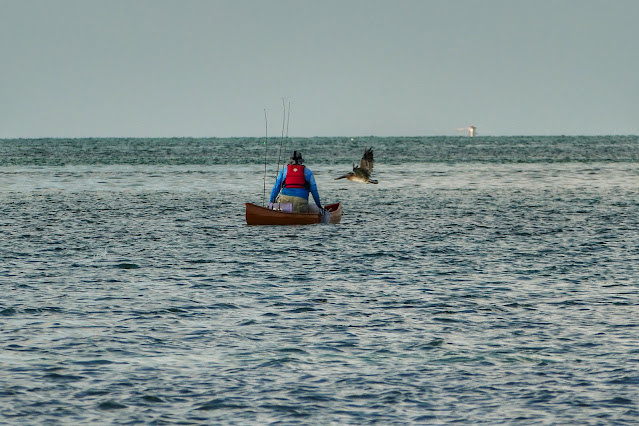 Then a flats boat showed up, apparently everyone trusts the pelicans to know where the fish are. They stood and stared at the water for a bit and then disappeared at which point the patient pelicans came back and started diving for brunch once again. 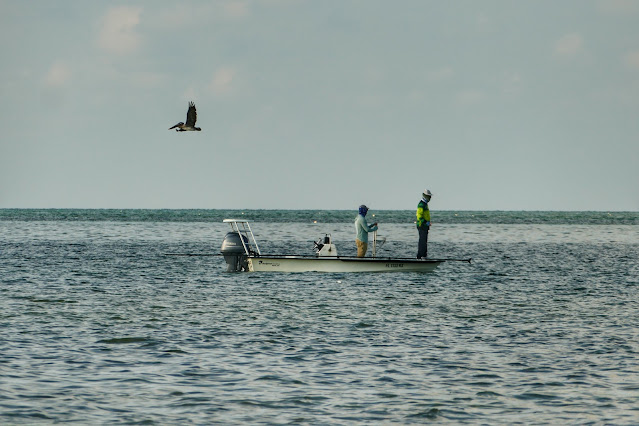 I enjoyed watching the birds doing their thing and even though the fish must have been having a hard time of it there seemed to be, from the safety and distance of my picnic table, a certain symmetry to the process. Nature at work and that sort of thing. 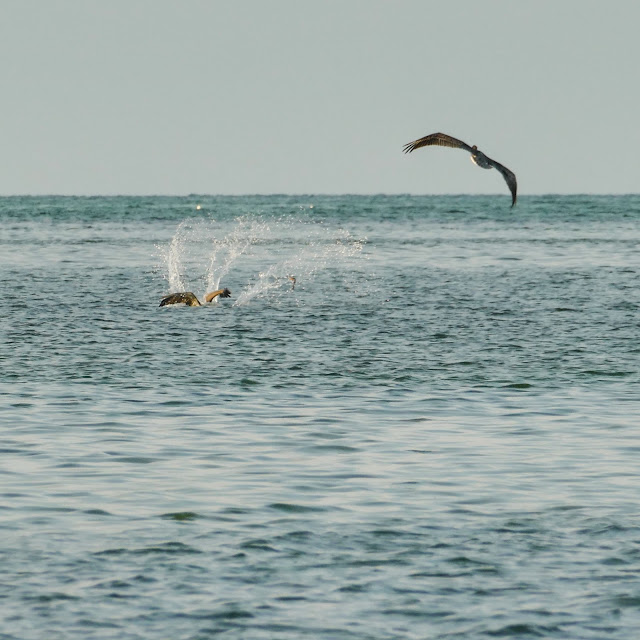 The birds were certainly more picturesque than the lumping boaters who barged in and scared them off. 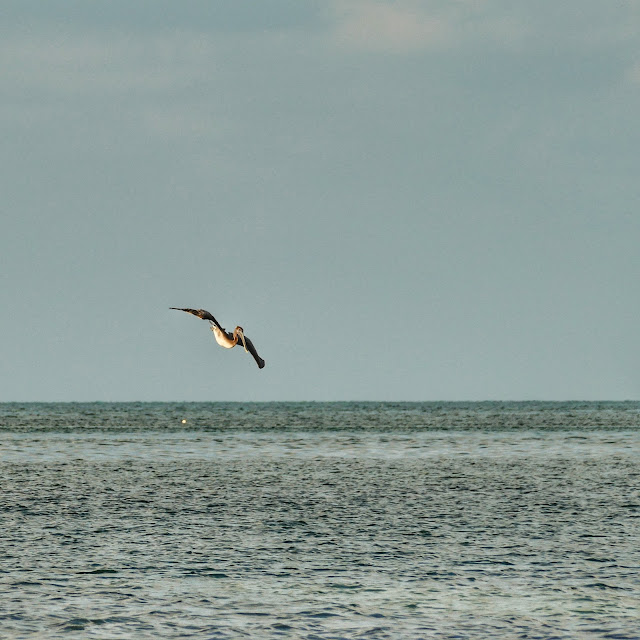 You can see the pelican sitting patiently to one side as the intruder churned through the school of fish. 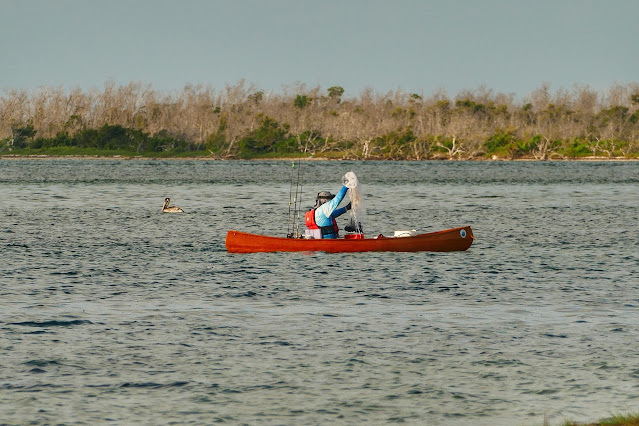 It was a beautiful morning and it was decidedly a shame to have to leave so early and go back to the big city and face the needle. Actually since I was in the hospital where I was pricked with a needle, at least one every day for 90 days fear of the needle has rather evaporated. Fear of missing out on the chance to spend a morning at the beach with the van which I enjoy more and more is uppermost in my mind. Swimming season will end most likely in six weeks when we switch back to winter time and cold fronts. 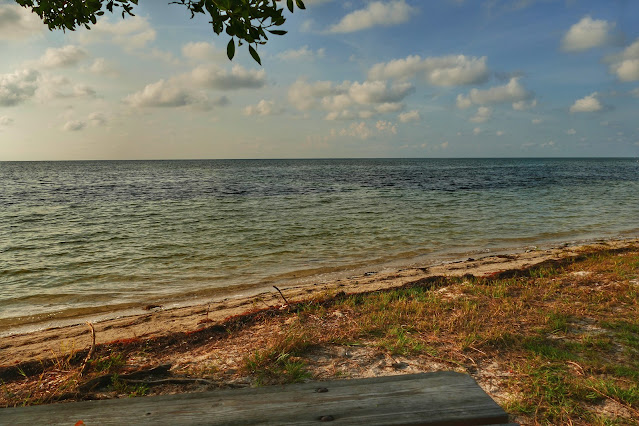 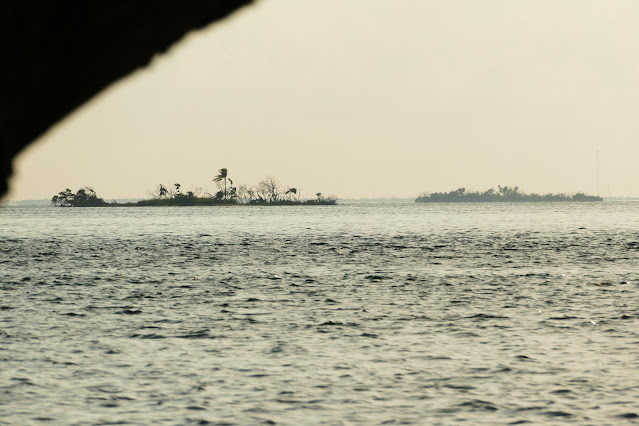