God Of Love On A Vespa

It takes grit to make a movie when you are a regular dude, even a student of the dark art, with a thesis to complete. And some help from your Mom doesn't hurt. Then once you get accolades and recognition your oeuvre sinks out of sight never to be seen again. You are a regular dude with a movie off the screen. Except nowadays there is iTunes of course and thank heavens for people like me, Netflix discs. Which offers you a shot at watching these short gems on their Oscar winning collection of short films. I think I might also have to check Netflix for the other offerings by this beguiling movie maker. 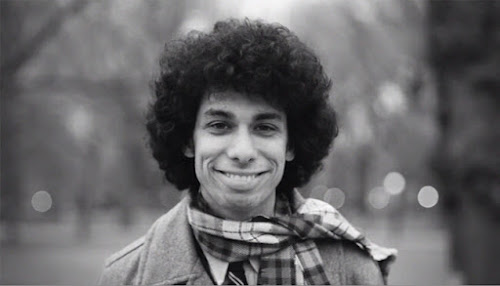 I enjoyed God Of Love not least because it opened with a scene bound to steal my heart, a ride across Pennsylvania (a small piece) on a rented machine! 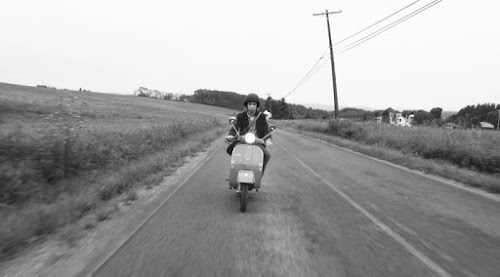 The live-action short "God of Love" got turned down by the Sundance and Tribeca film festivals, but director Luke Matheny, who cast himself in the lead role of a hipster Cupid, eventually hit the bull’s-eye.

The 35-year-old Brooklyn resident will be attending Oscar night at the Kodak Theater in Hollywood, where his 19-minute comedy is one of five nominees for Best Live Action Short.

Made for $25,000, Matheny’s thesis film in NYU’s graduate film program has already won a student Academy Award and honors at a number of other film festivals, including Woodstock and the prestigious Telluride festival in Colorado.

Matheny, who’s made several earlier student films, says he’s a jazz fan, so he decided to make his character a lounge singer who receives a gift of passion-inducing darts that he uses to woo his best friend’s girl.

Darts were chosen because they were potentially less lethal than Cupid’s usual arrows, "but I practiced a lot because I didn’t want to kill anybody." 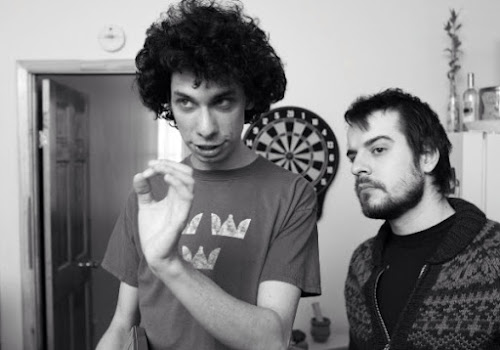 The club scenes were shot at a Red Hook boite called Hello Brooklyn. He also shot at a restaurant in Bed-Stuy, as well as streets in Brooklyn, Manhattan and at movie palace in Jersey City.

"We were running around a lot during the 10-day shoot, plus the opening and closing scenes of me on a rented Vespa, which were shot a couple of weeks later in Pennsylvania," he recalls. 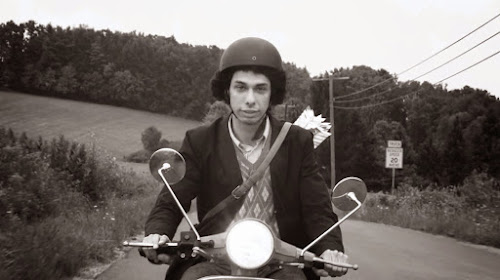 Because he’s in virtually every shot in the movie, Matheny says everything was planned out extensively in advance with his cinematographer and assistant director. But they didn’t anticipate problems when he shot a scene at an ice-skating rink that was available for only two hours.

"I had been practicing skating, but on the day of the shoot the ice was melting and it was very hard to skate," Matheny says. 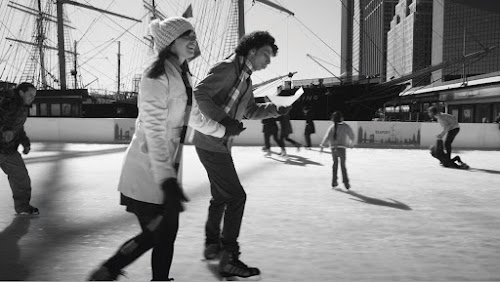 The Delaware native majored in journalism at Northwestern University and worked as a reporter and copy editor for a variety of trade magazines and Web sites in Chicago. After shooting a film with some friends in 2001 in Paris "as a lark," he moved to New York in 2004 and enrolled at NYU as a graduate student in the film program, from which he graduated last year.

Matheny’s shorts have been paid for "with grants, savings and my mother," he says. "I pick up free-lance film work here and there — my last job was doing a web commercial for an organic soup."

But "God of Love" has opened doors for Matheny, who is now writing "Ron Quixote," a feature-length comedy he wants to star in and direct.

Matheny has a Hollywood agent now, and he was approached at the annual luncheon for Oscar nominees by screenwriter Michael Arndt ("Little Miss Sunshine"), "who told me he watched the short with [Pixar honcho] John Lasseter and how much they enjoyed it."

Another fan is director Danny Boyle, who chose "God of Love" to appear on the DVD release of "127 Hours," out March 1. (The short is currently in theaters and will be available on iTunes Feb. 22.)

"I got a call one day from Fox Home Video and they told me he likes to put short films he enjoys on his DVDs," Matheny says. "Actually, I think [‘127 Hours’ star] James Franco might have had something to do with it. He’s also in the grad program at NYU, a couple of years behind me." 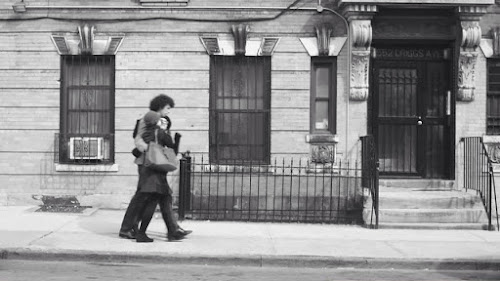 New York always looks great in the movies and I see a lot of Woody Allen in the shots of the city, but it doesn't make me want to live there. A proper visit would be great but I like seeing it in the movies. Thank you Netflix for letting me find this one.