I mentioned to a friend how this new distillery in town, very fashionable, was trading on the Hemingway connection, and her reaction struck me then, a while ago, and sticks with me now. 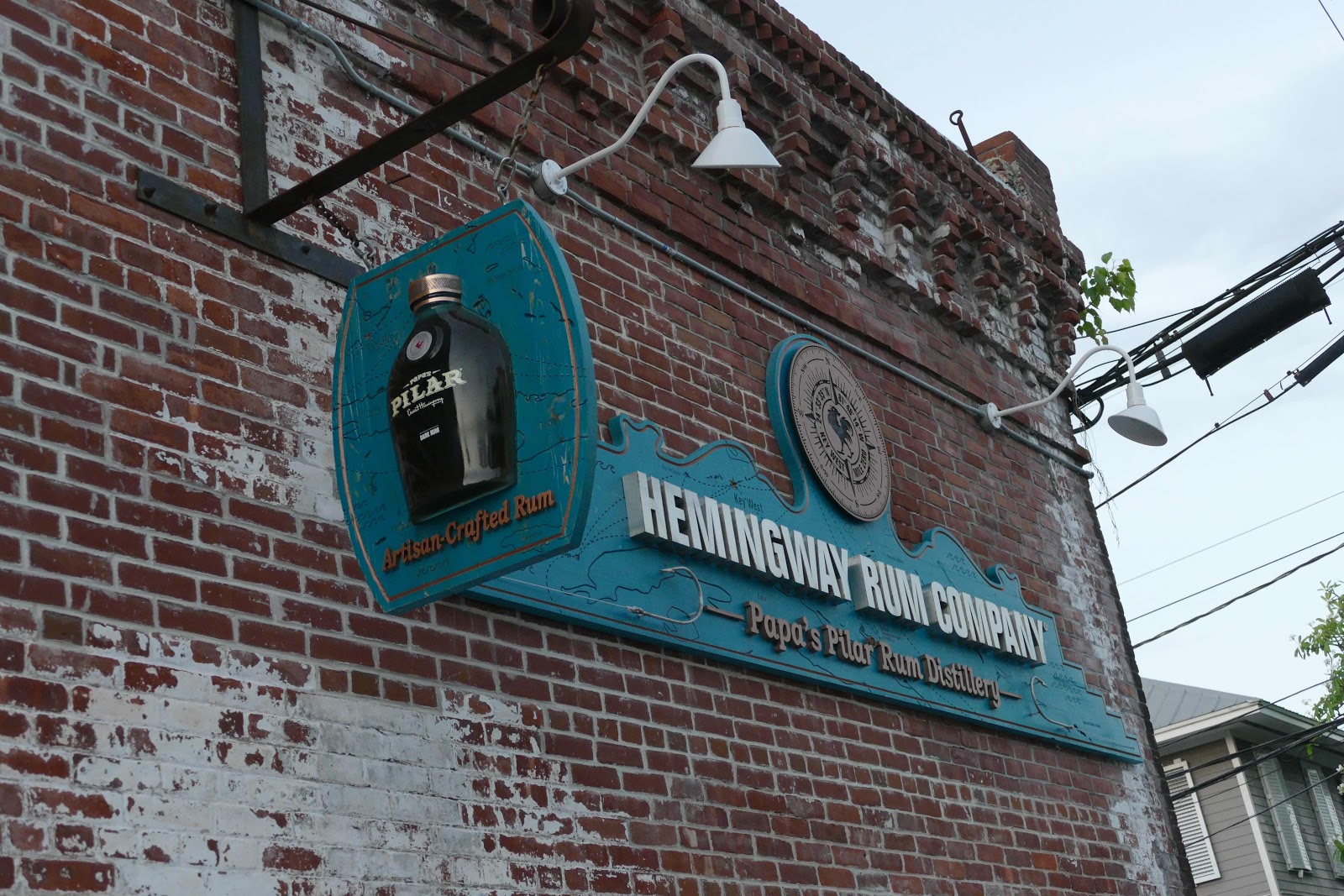 Only in Key West she said, can you advertise liquor using a long dead literary figure; everyone else uses bikinis and sunsets. She had a point, so now when I walk past the distillery I take the Hemingway connection as a compliment to the modern class of Key West drinkers. The rum itself isn't bad either. 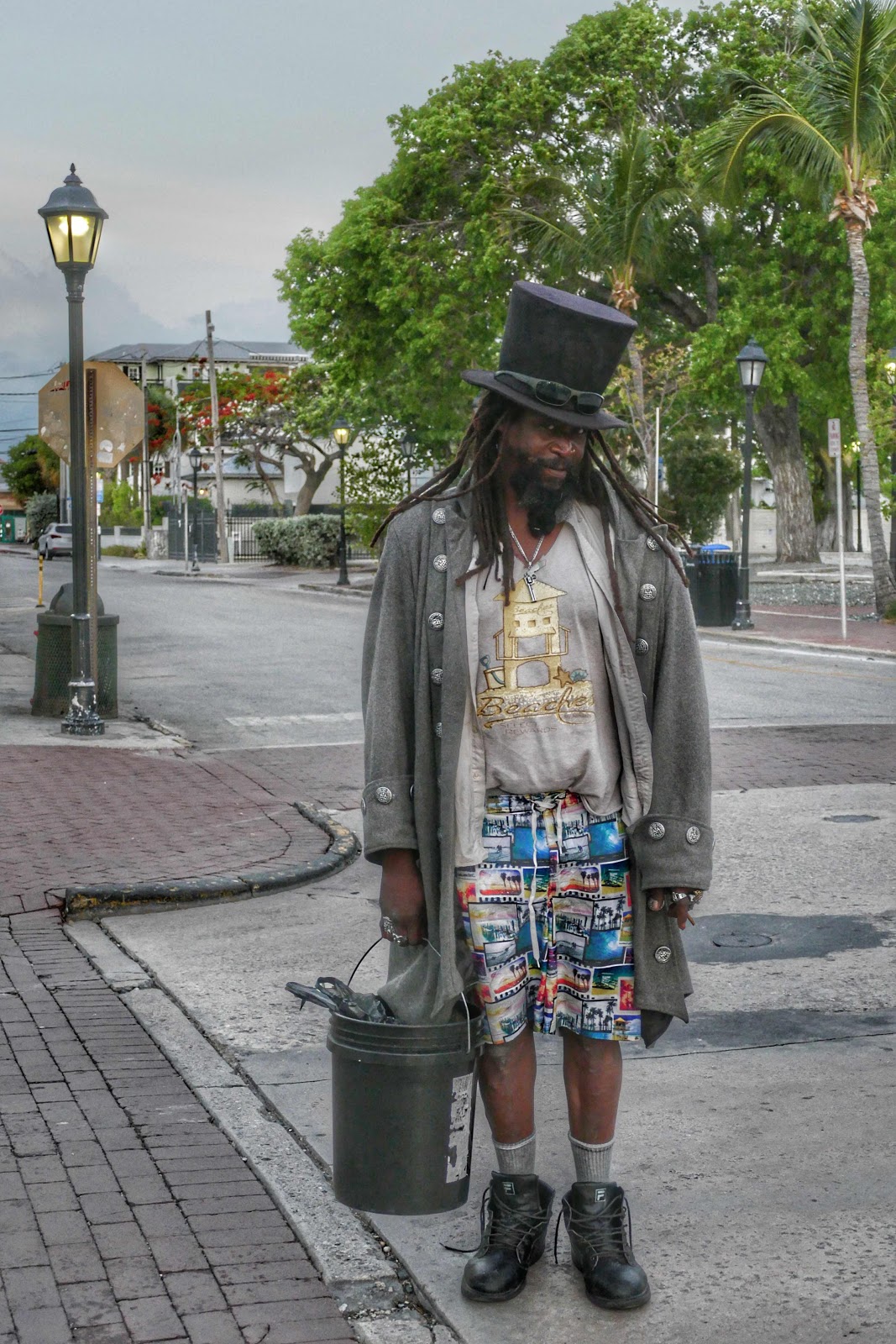 I asked, he said yes, and told me his name was Bushman. I really think I need to take a trip to the sunset at Mallory Square, long overdue to update my database of street performers.  The people I remember are long gone. swept away by hurricanes and the virus. 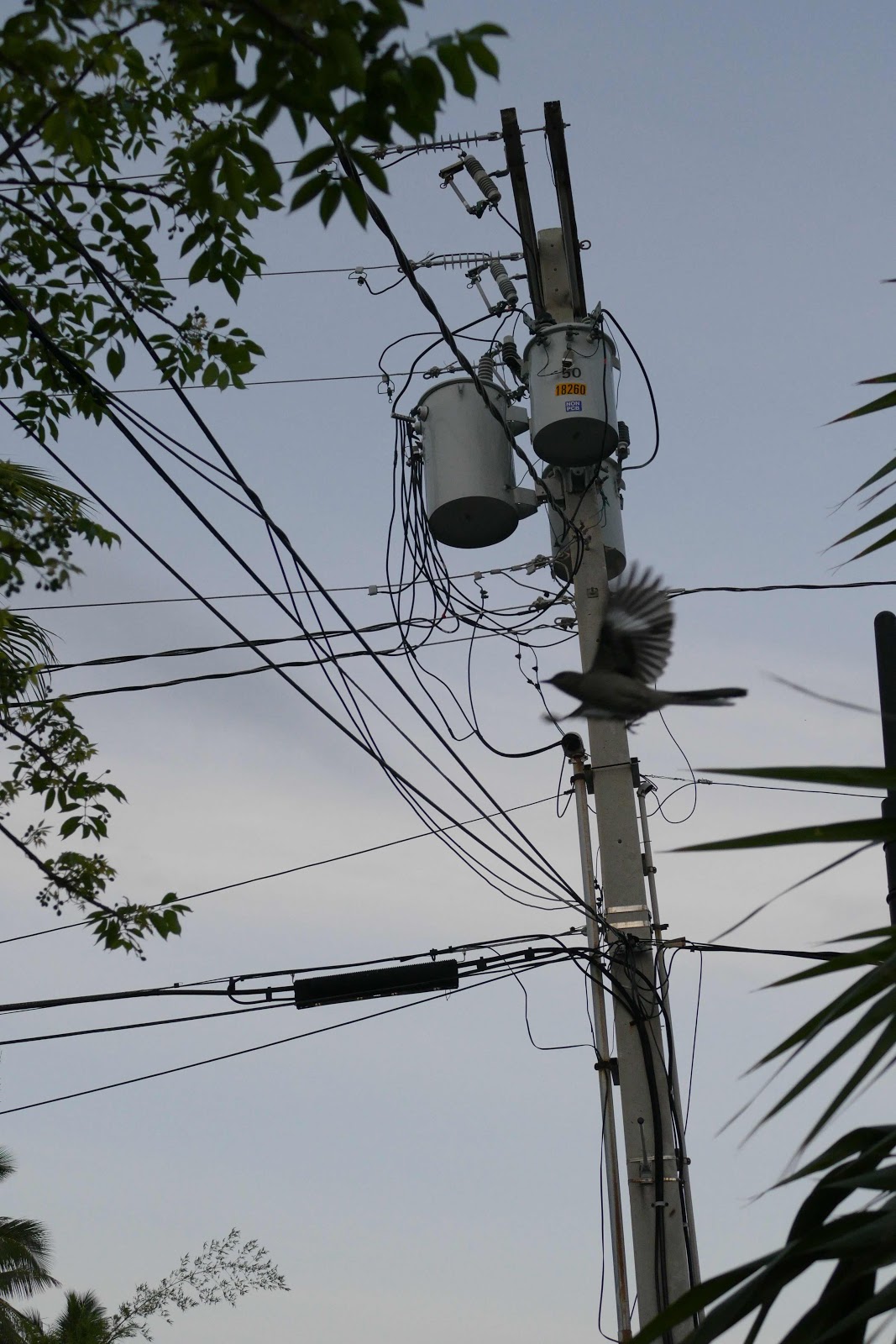 In the photo above I was photographing the appalling agglomeration of wires and fortuitously a pigeon flew into the frame. I was listening to a discussion of photography taboos and the removal of wires from pictures by computer is one such. I can't make up my mind if the mad nests of wires add to or detract from the charming weirdness of a town exposed to the elements and which would benefit from burying the wires. Too expensive they say. Below we see a typical outdoor scene in Key West. random wires and phone lines and junction boxes slapped outside buildings, Jimmy Buffett's studio in this case, slapped with a. coat of paint and called good. Good but ugly. 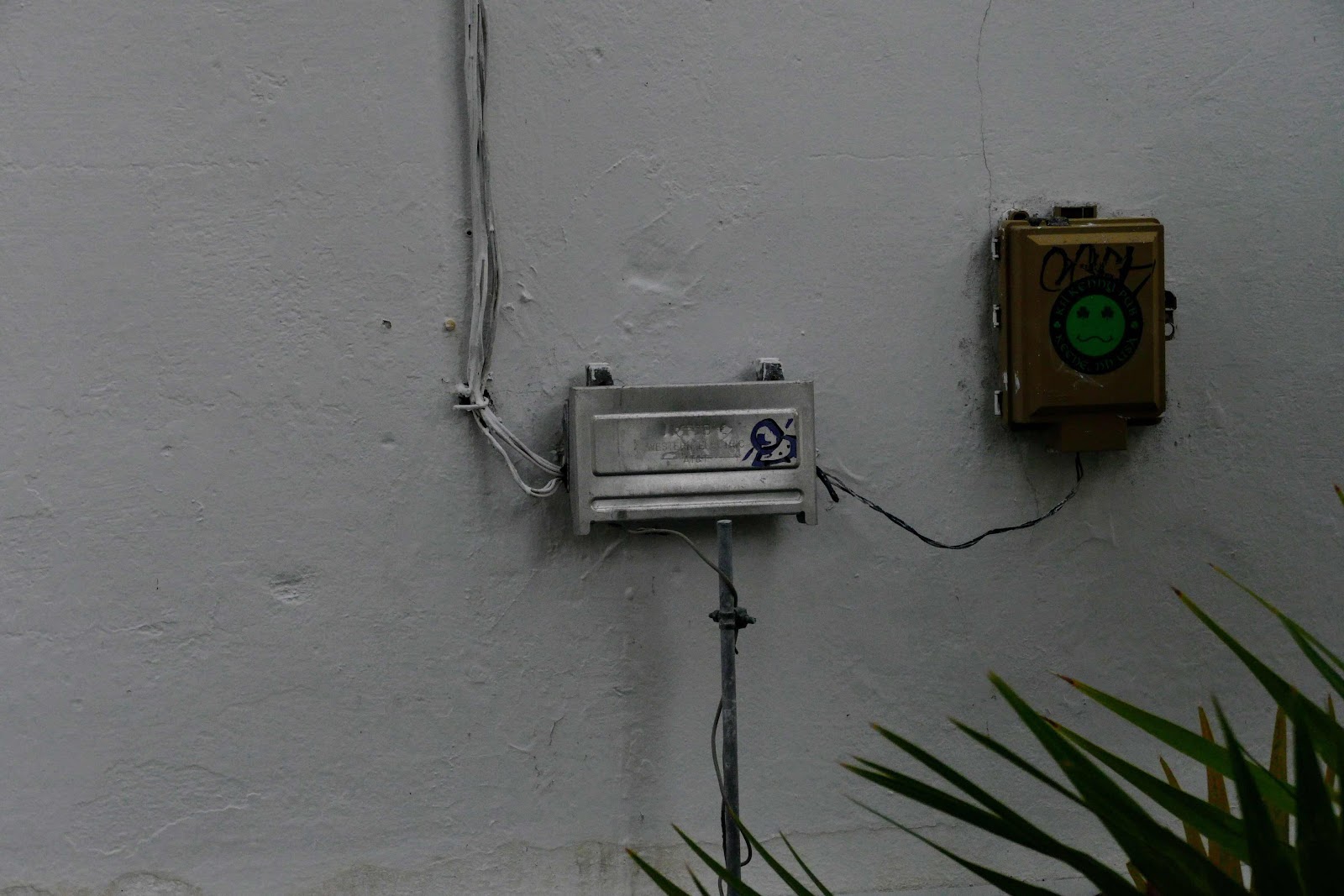 The pizza place on Greene Street, run by an actual Italian who ones for New York, is up for sale. Apparently some organization that rates these things puts Duetto in the top ten pizza places in the country. That boggled my mind, but then again every day we are bombarded with best this and that irrelevance. It is very good pizza by my standards. Their focaccia sandwiches (piadini in Italy) are Americanized and very good too. 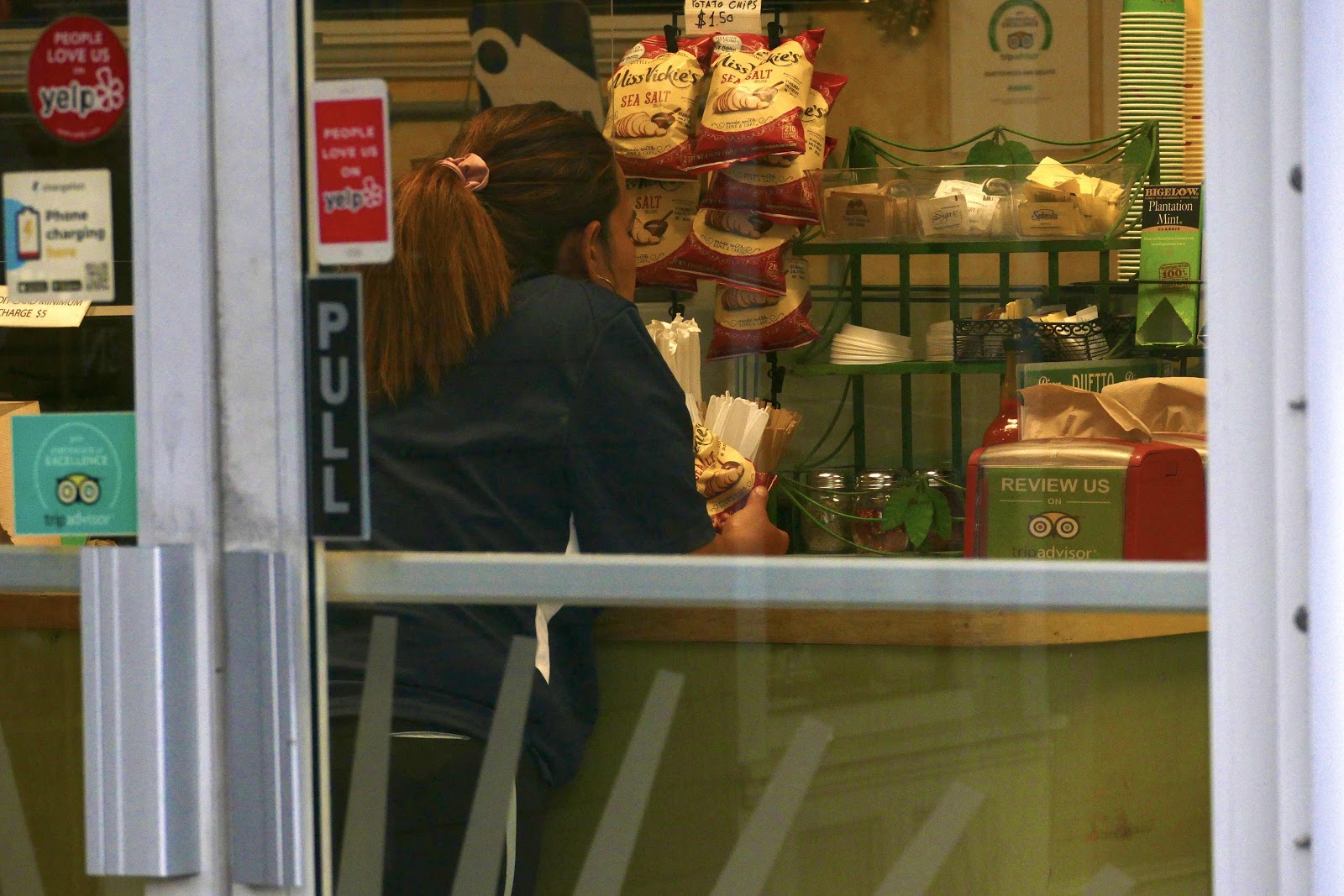 The light was rather poor so the two cyclists who ran into my frames were moving too fast for the shutter speed set for stationary shots. And yet this guy illustrates perfectly the day off in Key West. Bucket, rod and bicycle and off to fish. At speed past my camera. 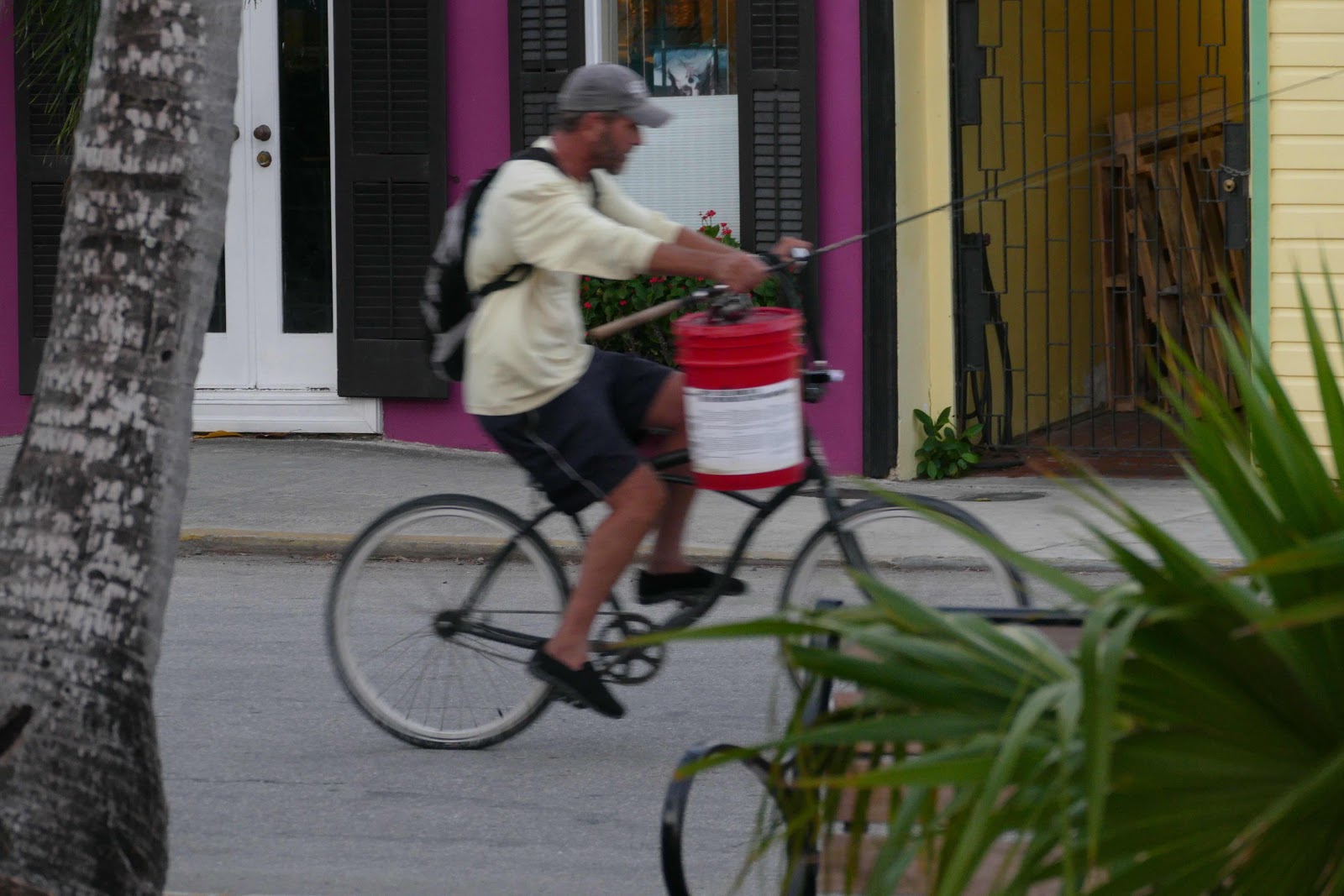 This guy rode into the picture which was going to make a point about parking. At first I was irritated at myself. Then I saw the expression next to the no parking sign. I was reminded how maddening parking has remained in Key West over the years.  Too many cars and too few spaces. 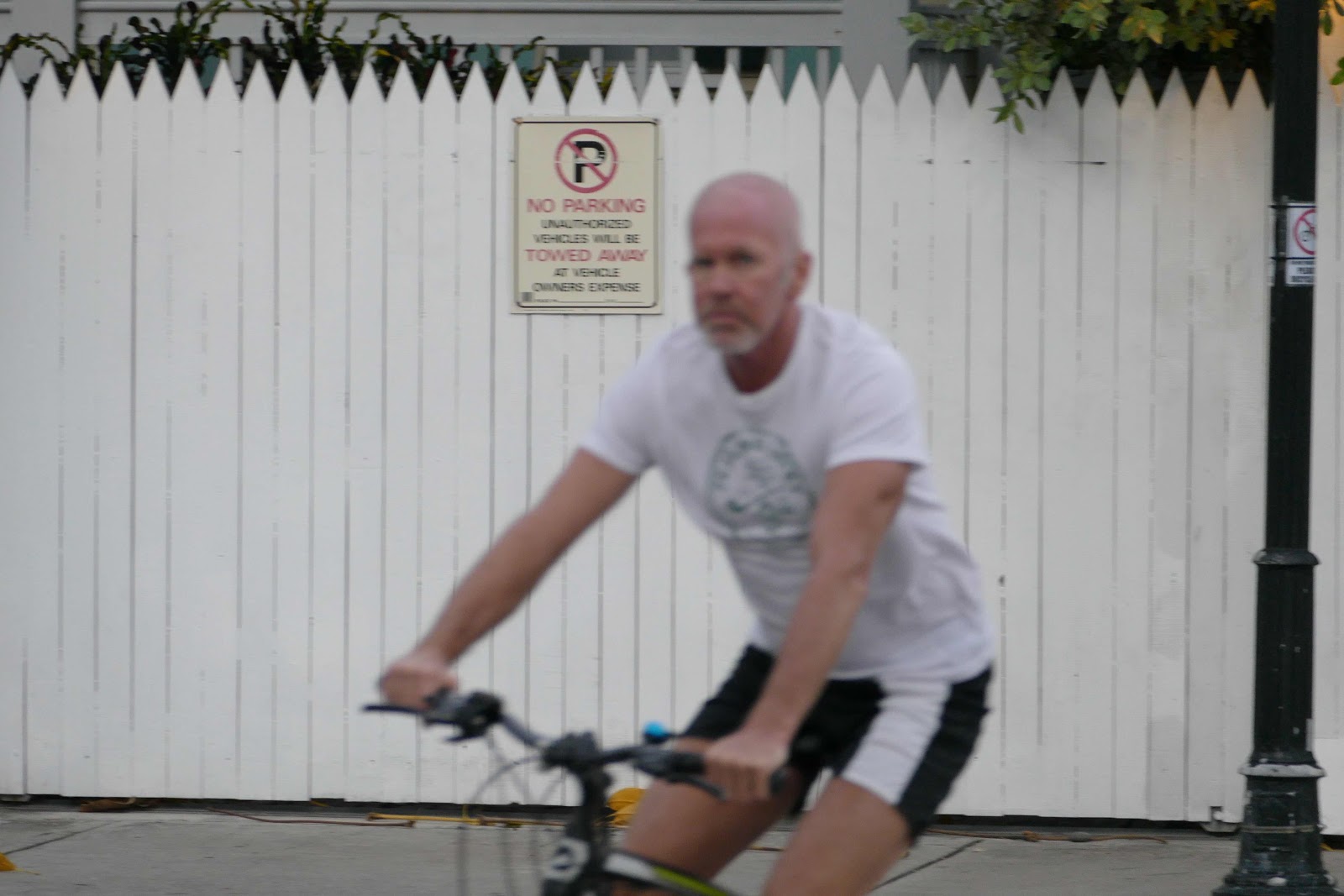 I am forced to the conclusion that life is a matter of mathematics. I haven't quite fleshed out the proposition but I think that at the heart of all human aggravations numbers are the explanation. Luckily you can't blame numbers for anything as they are blameless. Real estate in Key West is become so expensive even tables are shrunk in size to accommodate more customers in less room.  Yesterday's bar stool is today's table: 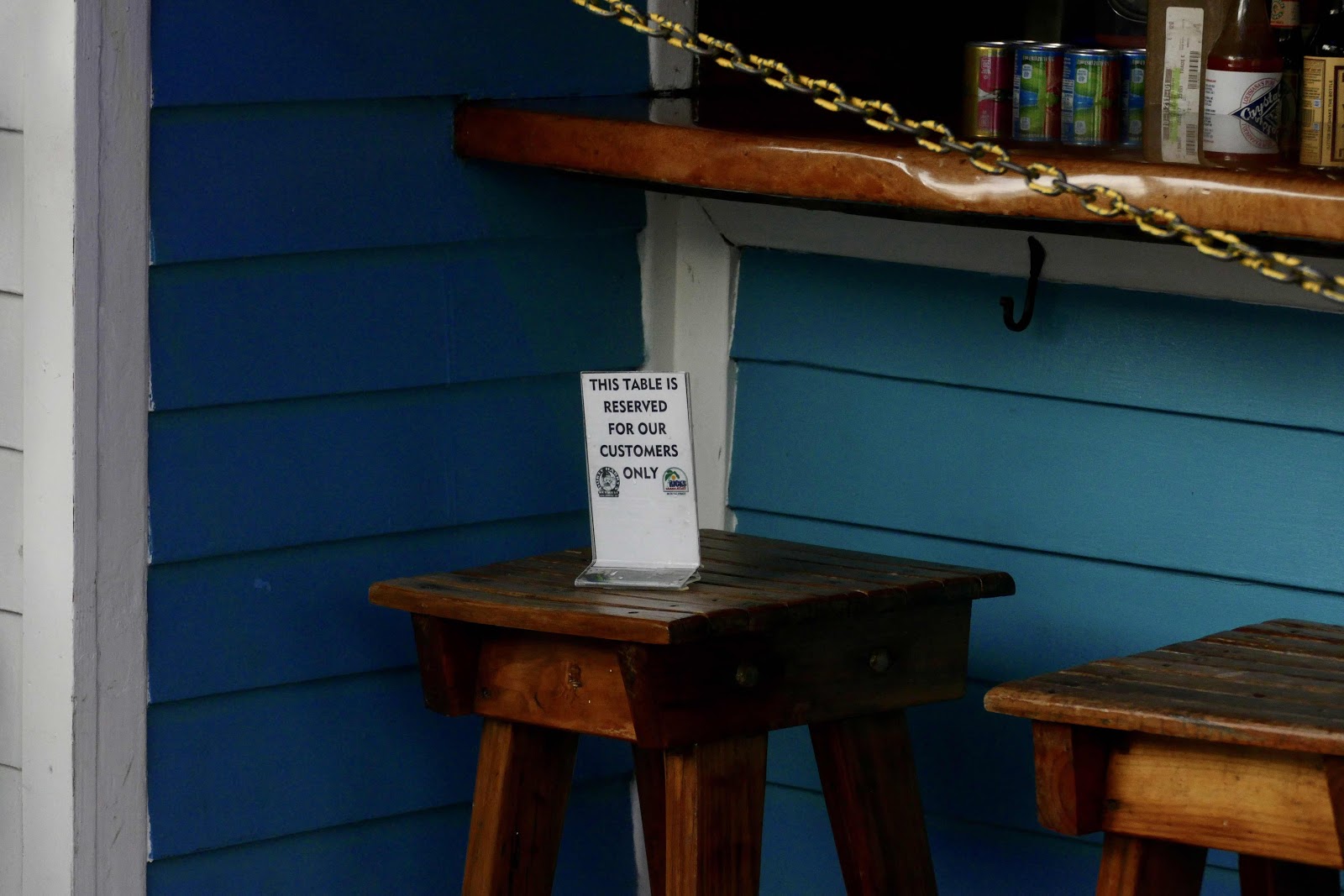 Webb Chiles put a burr up where burrs are not wanted when he pointed out to me the human population in the Southern Hemisphere is only 20% of the global total. Since 1981 the US population has increased by about 100 million people to a grand estimated total of 330,000,000. And they all have to park their cars, and some days it seems like they do it in Key West. 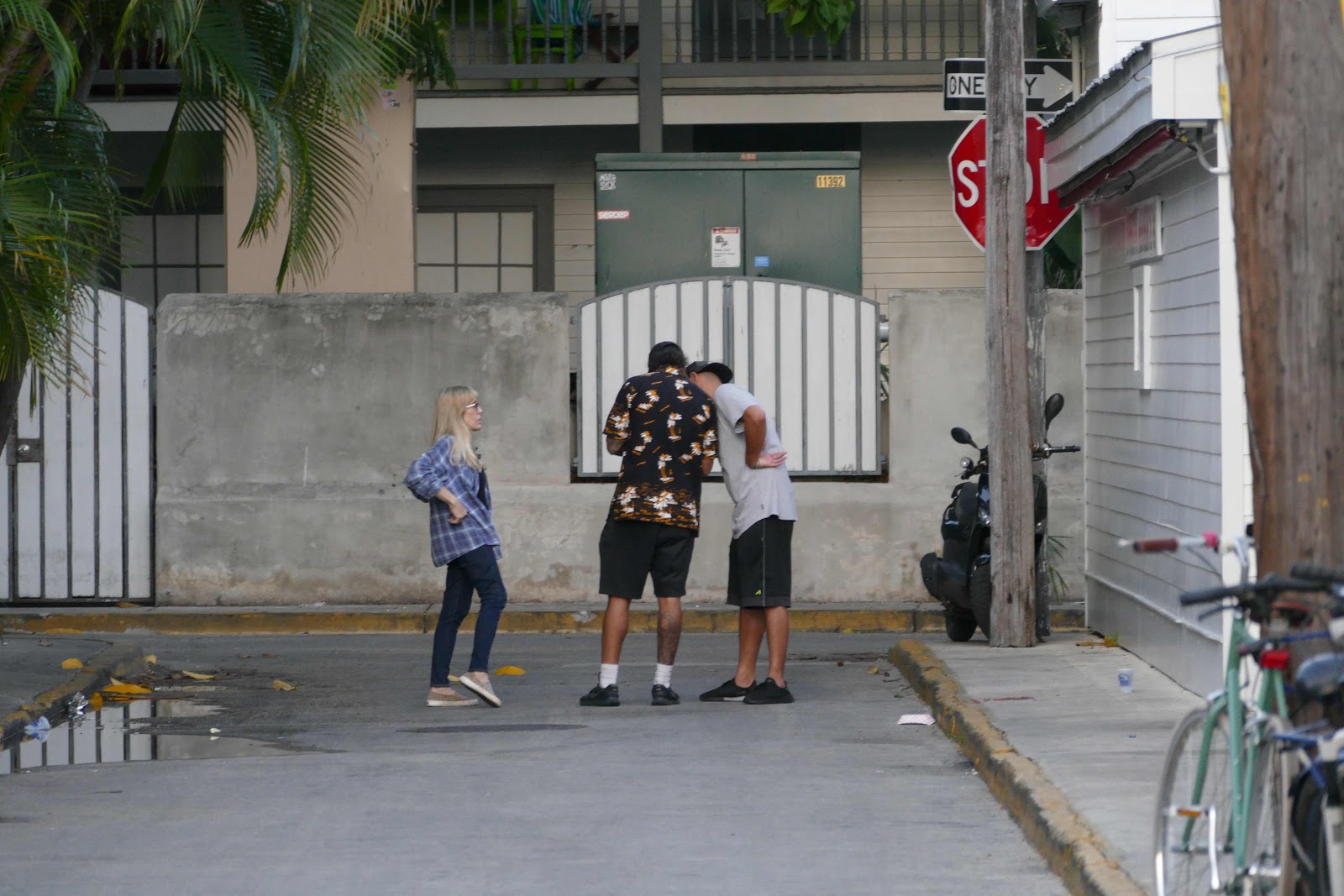 No idea what this trio was doing but nowadays cell phones carry photographs and sometimes they are well worth peering at. I hope these were.
Posted by Conchscooter at 12:00 AM 3 comments: