I showed this pictures to my colleagues at work when we were talking about our pets. I explained how Cheyenne hunts down things that smell good and sometimes she needs my help. Nick and Shannon laughed at me indulging my old happy predator. I love Cheyenne but she is a dog and offering to read her a bedtime story won't do anything other than irritate her. She amuses herself but urban hunting and then when it's time to sleep she wants to be left in peace. Finding scraps is bound to be bad for her but to defy the common wisdom Cheyenne flourishes on a regimen of love and attention, travel and constant surprises. Here today, a road trip tomorrow, nothing taken for granted, her little doggy brain kept active by my willingness to indulge her curiosity. She gave the bone a gnaw after she found it under a van and retrieved by me as she couldn't reach it and then she discarded it and off we went again. She's smart enough to deserve opposable thumbs and fingers... 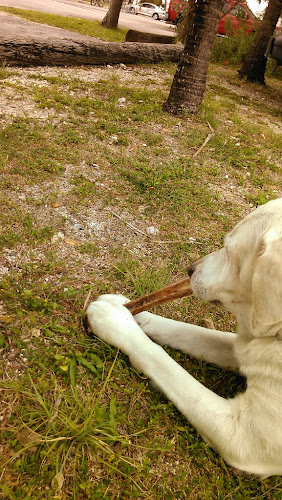 The cold front put the shrimping fleet south of the island safe from the north winds. Jack Riepe has re-surfaced on Facebook, a medium I do not enjoy as much as some people do, and asked what happens to the fleet of tankers of cocktail sauce when this happens...I have no idea. A sea of cocktail sauce with no shrimp sounds awful. 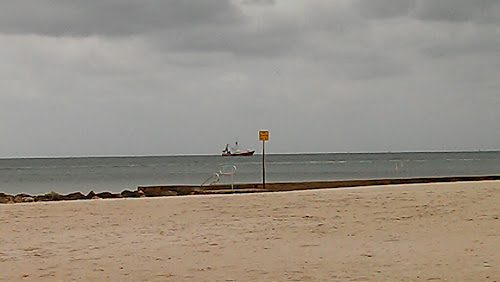 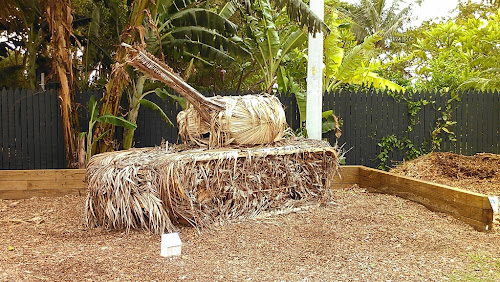 Higgs Park, the open space behind the beach is closed by the county at eleven at night but during the day anyone can enjoy the open space... 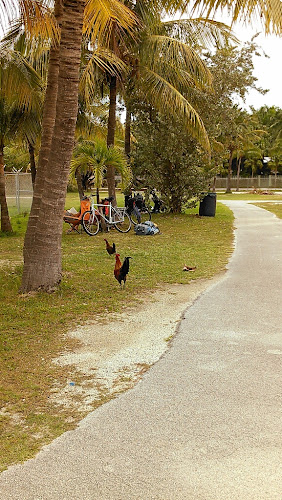 ...even chickens of course. As well as the idle poor. 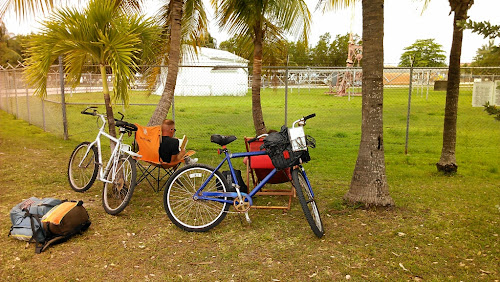 I suppose one should be all Victorian about them and get one's knickers in a twist about laziness and lack of motivation but then one remembers how many homeless are people with mental health issues and how Reaganomics has masterfully deprived them of help and one wonders why we blame them and not our Dear Leaders. Mix in a few determined shirkers and the perfect al fresco climate and this, common sense tells us, is bound to be the result. And it will get worse as the economy only pretends to improve and the people in charge get more removed from us, the lower orders. Debtors prisons, the poorhouse, and indentured servitude soon doubtless be making a comeback as the bedrock of our social order. Deuteronomy 15:11 comes to mind. 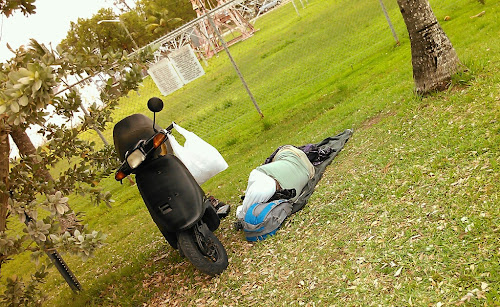 This guy below was, like me, making a statement that we the housed also enjoy this park alongside the residentially challenged. He was using a small warped tennis racquet to bounce a ball off the wall. I wondered why he needed to make it so difficult for himself. 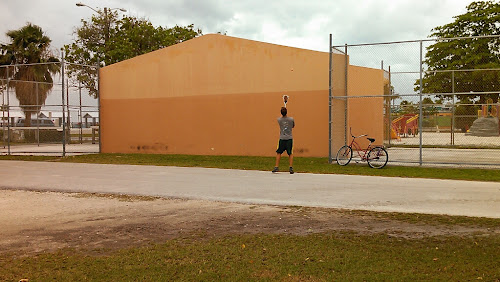 He said it was lacrosse, a "North Eastern thing," which I assumed meant people in pocket handkerchief sized states across New England spend the long lingering dusk of summer evenings chasing each other across statelines in pursuit of the impossibly fast ball. He spent a lot of time running around the park trying to scoop it into the absurdly small net attached to his hockey stick. Cheyenne and I ambled on. 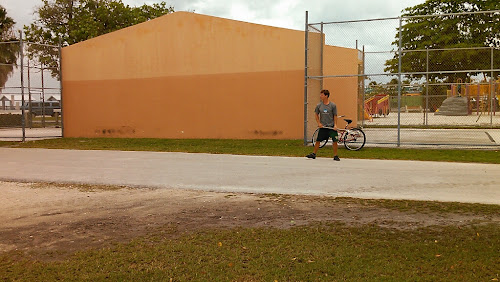 Rain threatened but the gods were spent and they stopped weeping. 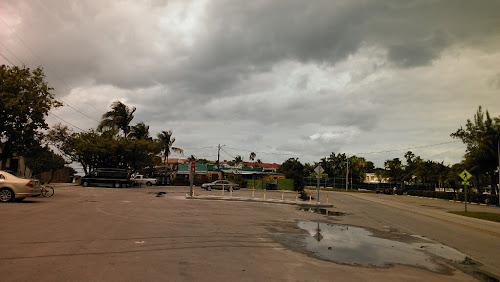 These last lingering winter storms defy the stereotype of a sunny humid town but they bring their own beauty and a certain measure of relief from endless summer days. If cold fronts brought snow and ice I would decamp for foreign parts and become a bum myself, a stranger in a strange land. 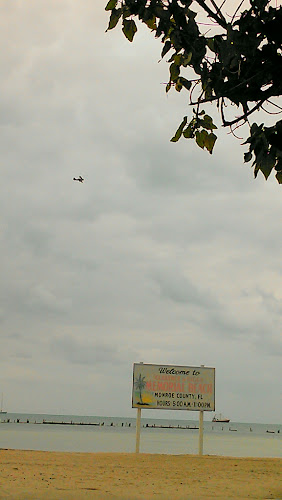 It will get too hot for her again far too soon. 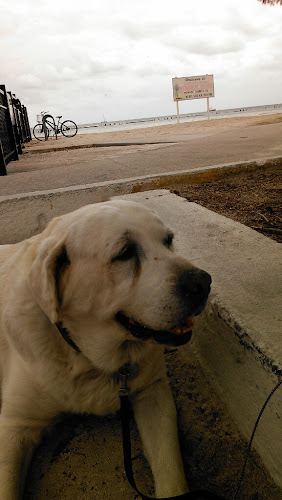 My dog the hunter of unconsidered trifles.