One thing about being forced to ride slowly is that I leave home earlier than usual, just so I don't have to push my scooter out of it's breaking in comfort zone...That in turn leads me to pull over from time to time when cars catch up to me in the faster sections. So here I am being polite all pulled over on the ample shoulder of Highway One and there springs to view a photograph. This is Saddlebunch Bridge  Number One, at Mile Marker 17: 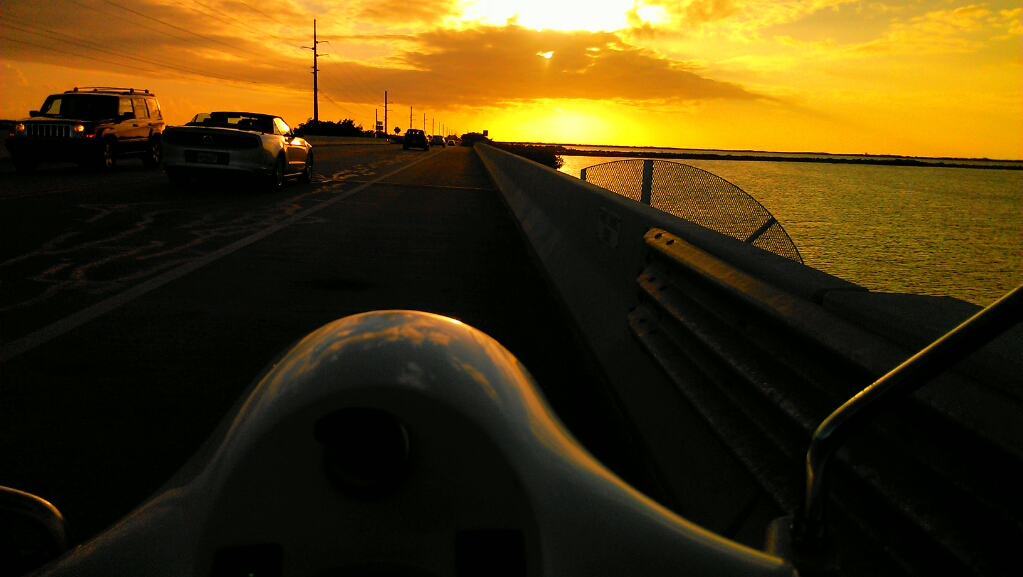 Luckily the views tend to justify the pictures, especially with a few alterations to the exposure levels. I am quite surprised how well I keep up with traffic in the 45 mph sections of the highway. Usually I pass the slow pokes even by just a few miles an hour, but now rolling along in line with them the little Vespa with all its limitations imposed by the running in period does a decent job of keeping up. 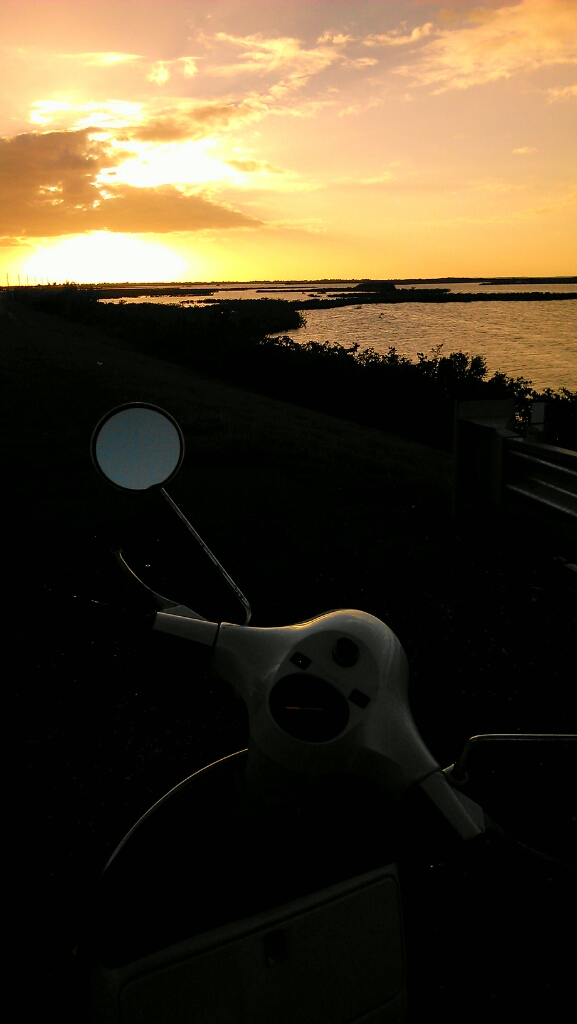 Stopping for pictures also gives the engine a breather, here on the section of the highway around Mile Marker 10, Rockland Key where the road becomes four lanes and even the most timid can find it ion their hearts to pass the Hobbitt on his moped. 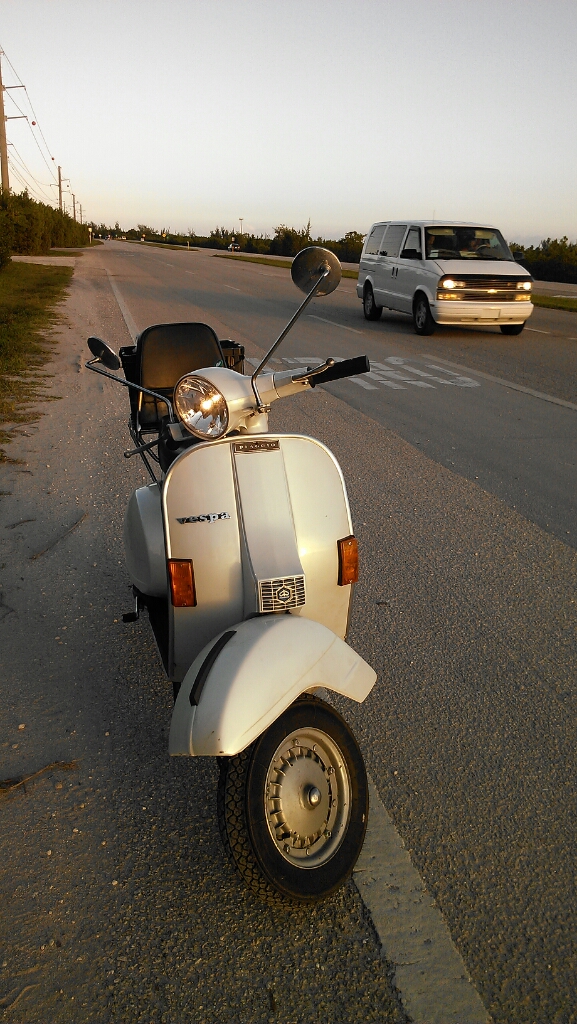 I am really enjoying the ease of use of the Vespa, which weighs in around 230 pounds and feels as light as a bicycle when rolling off the stand. 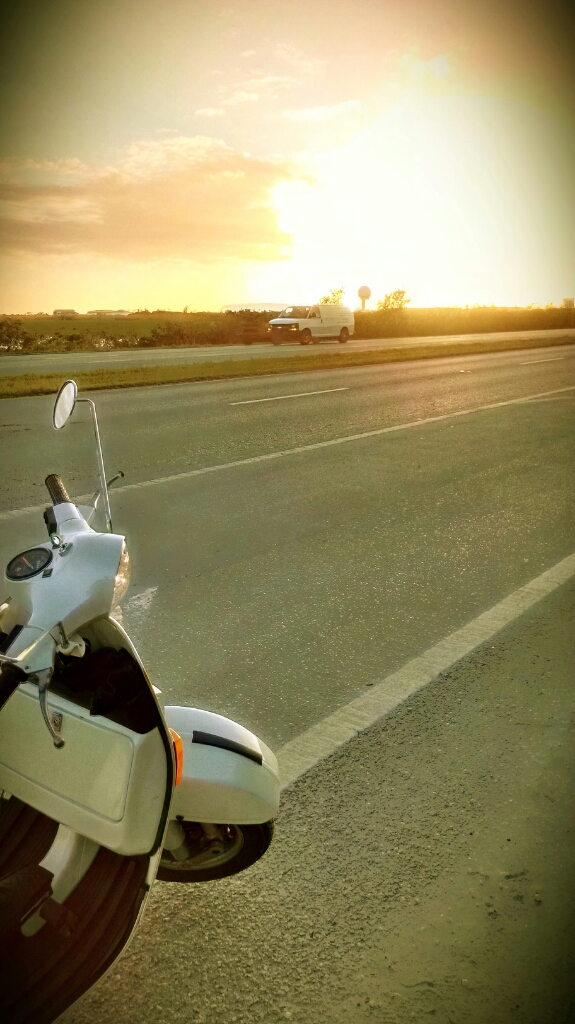 Riding through town where the top speed limit is 35 and usually is less than that, the P200 already has enough oomph to keep up with traffic. The biggest liability is the front drum brake which is, to put it politely, rather wooden, ie: it doesn't work worth a damn. The hardest thing for me is to remember that rather sobering fact and keep my distance. The rear brake, operated by a foot pedal will lock up the rear wheel by contrast. 1970s  brakes! A disc brake conversion for the front is available but the parts alone cost $800, though it is something I think about every time I squeeze the front brake lever. 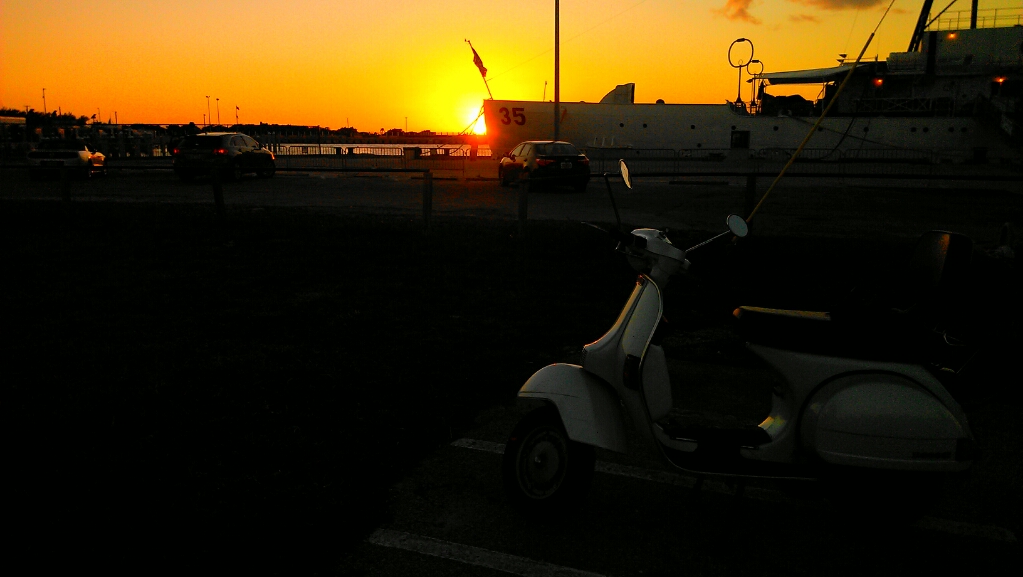 For my first twelve hour shift after my vacation I decided Cuban coffee was in order so I stopped by Sandy's Cafe after my ride through downtown, practicing shifting in traffic. I ordered a colada, described thusly in Wikipedia;

Colada, is 4-6 shots of Cuban style espresso served in a Styrofoam cup along with small, plastic demitasses. It is a takeaway form, meant to be shared. This is customary of workplace breaks in Cuban communities. 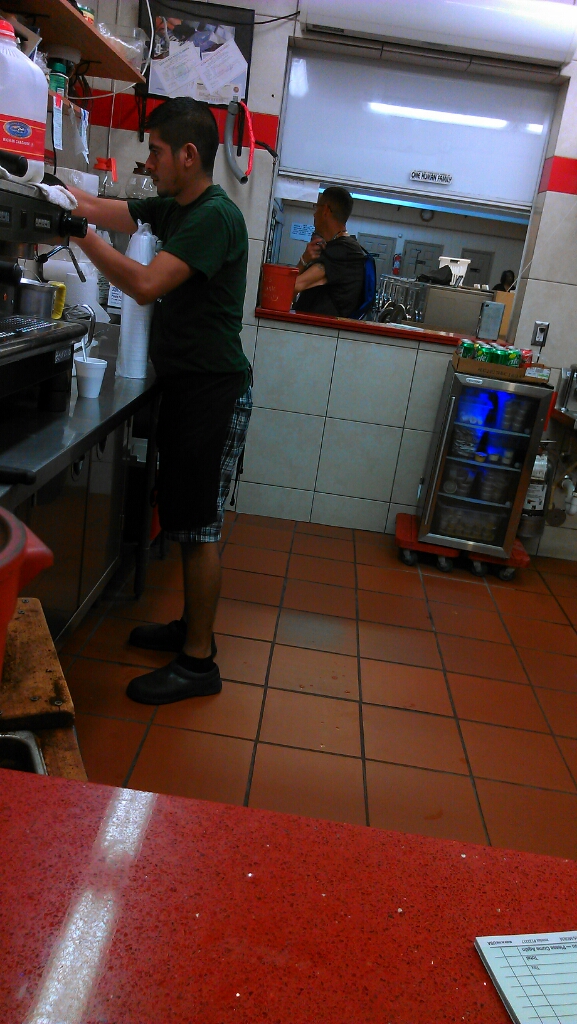 My colleagues wanted no coffee when I got to work so I ended up drinking one whole cup of espresso, all to myself. 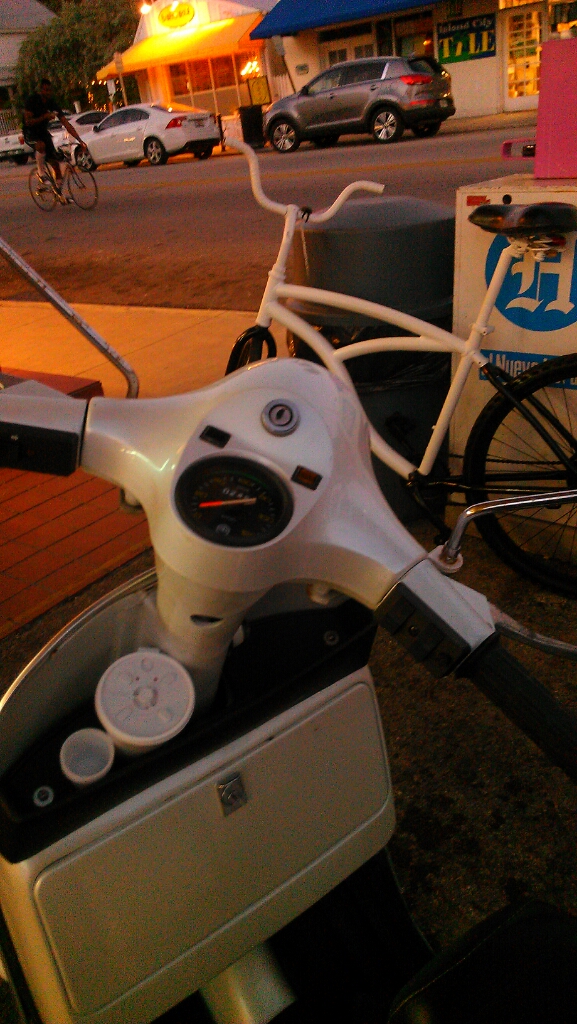