I am starting to think Rusty expects me to pull a completely new walk out of my head every time we leave the house. These days he waits for me at the top of the stairs when I get home around 6:20 in the morning and I barely get off the Bonneville before this little ball of fur is bouncing off my chest. 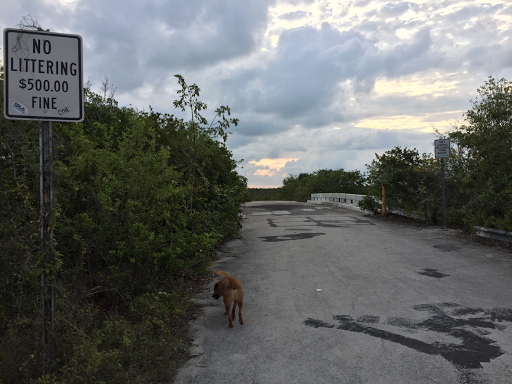 I drive Rusty to the Sugarloaf Boulevard walk at the south end of the island but this time, once we got past the jumping bridge we went straight and ignored the paved loop. 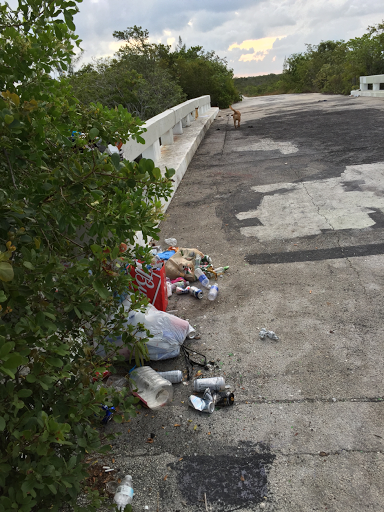 The bridge was the scene of excess, oddly enough several pairs of dainty black socks were lying on the ground in wet heaps alongside empty cans and cardboard debris. 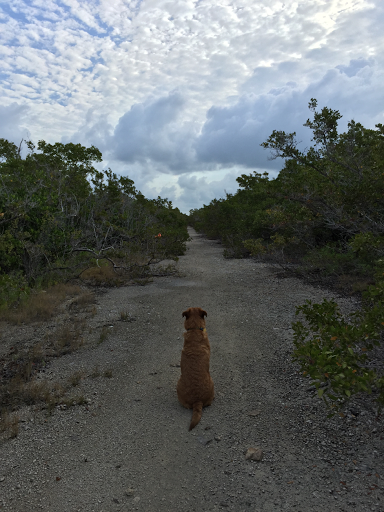 My goal was a 45 minute walk through the mangroves on the old roadway to the scene of the former bridge. Had that been in place we could have walked all the way back to Highway One at Mangrove Mama's. As it was we paused and when Rusty was finished with his inspection we retraced our steps, a meandering walk back the way we came. 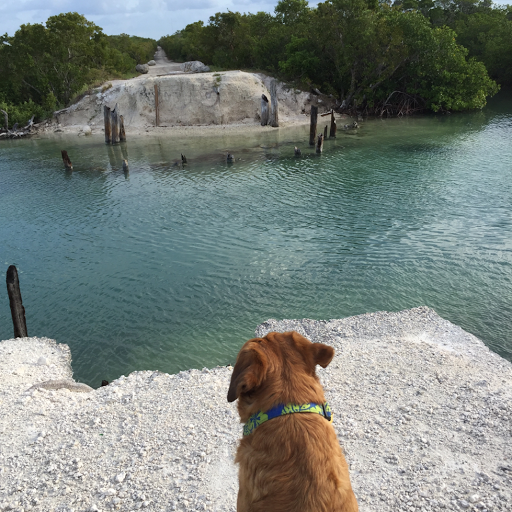 The channel connects Cudjoe Bay to the waters in the middle of  Sugarloaf Key. Head east to go to my house, head west and eventually you will reach the marina at Sugarloaf Lodge. Here it is a deep, fast flowing, desolate salt water stream between mangroves. 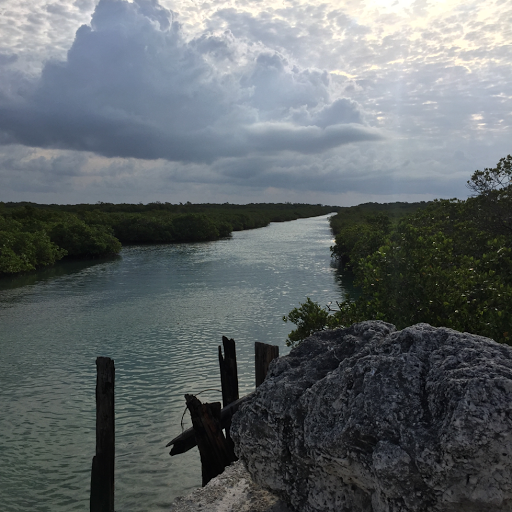 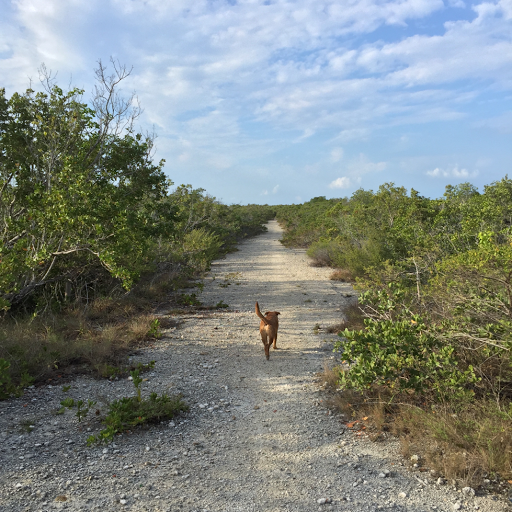 The bushes are closing in on the old roadway making the track a one lane path. 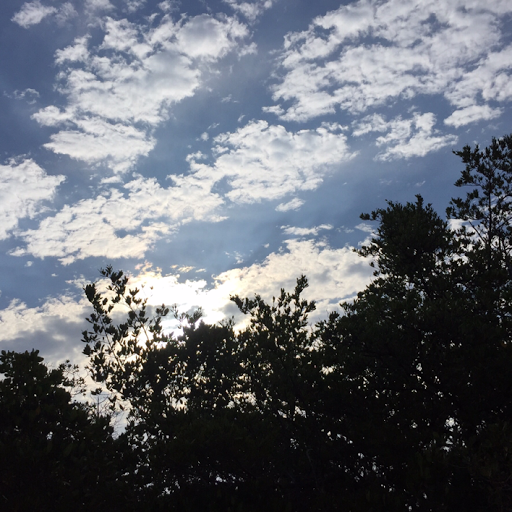 While I played with the camera Rusty ducked in and out of the buttonwood trees sticking his nose imprudently into land crab holes. 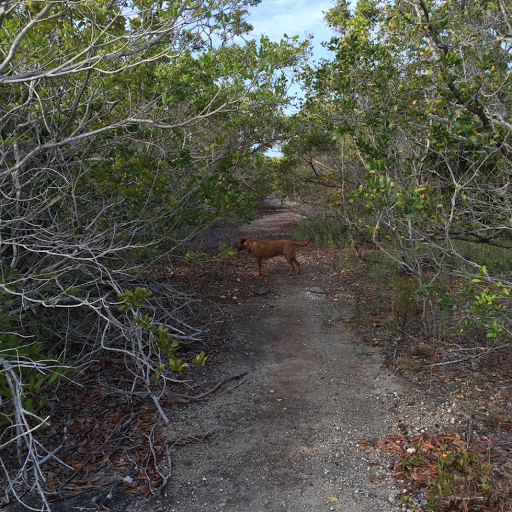 As the old roadbed sank closer to sea level the buttonwoods gave way to red mangroves, the ones that like to live directly in the water. These trees are the roots that form the green island blobs you can see either side of the highway. There is no land there, no dirt to speak of, no way to walk properly. 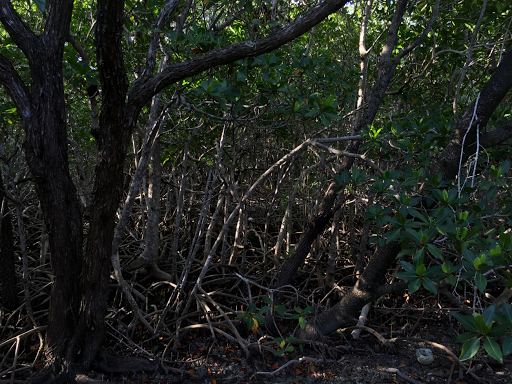 Many years ago I was caught in the Gulf Stream by a sudden winter storm, half way to Key West from Mexico. We were too far south to reach the Dry Tortugas, and a nearby boat chose to park (heave to) and wait the weather out. My wife and I decided to turn and run before the storm, losing ground but escaping the shipping lanes between Florida and Cuba. The storm blew us into the Cuban north shore at a point of my choosing, a wide open bay, deep enough to get out of the wind and waves, dotted with small islands (Minas de Matahambre, west of Santa Lucia), so we could avoid meeting officialdom and having to explain ourselves. We anchored between some islands and found our dogs a place to walk amidst a profusion of mangrove roots. I came to hate these things, so impossible to walk among, so useless to humans, so important to fish. We spent a week ducking amongst them waiting for a change of weather, we were never discovered and our dogs survived on the leanest of walks at low tide picking their way among mangroves. I think of them when I see these sights. 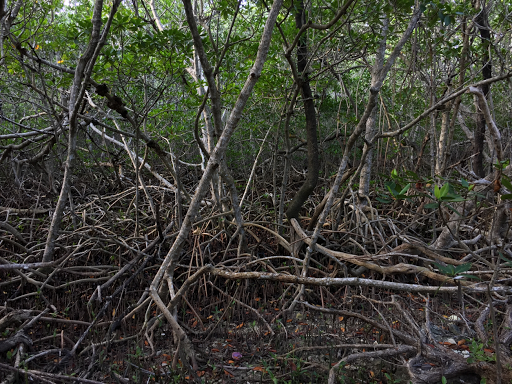 I also remember walking Cheyenne down here when she was younger and that was such a long time ago. Rusty seemed to enjoy it much more than my old Labrador ever did. He sniffed everywhere, enjoying the woods much more than urban walks. 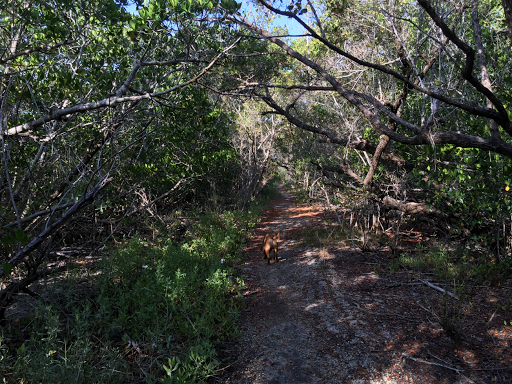 The walk ended up being two hours long and it was properly sunny by the time we were finished. 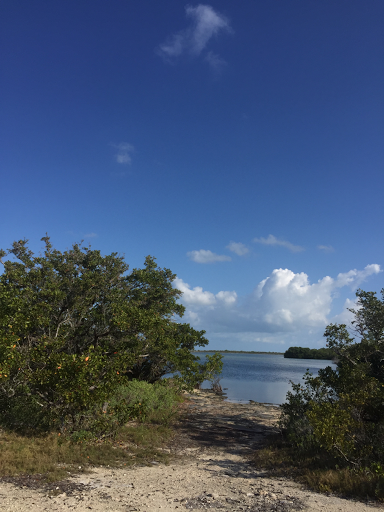 It was hot but lovely. 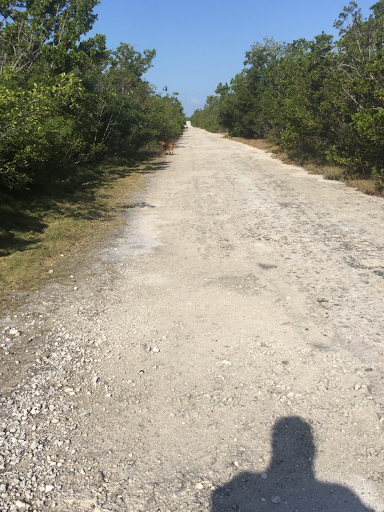 Approaching the bridge we came across signs of civilization still not quite ready to fade away. 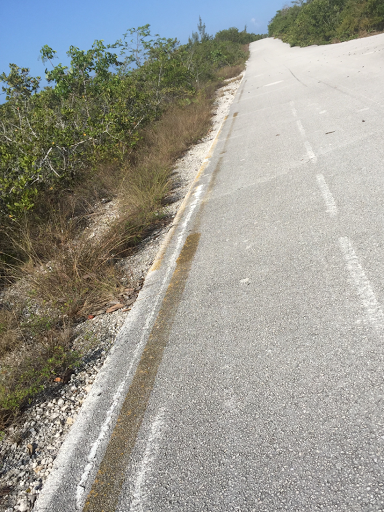 And what would civilization be without graffiti? 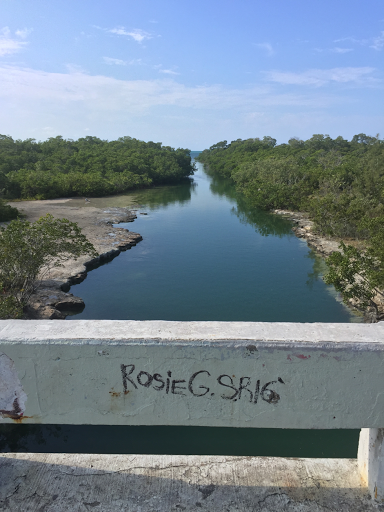 And a water swing: 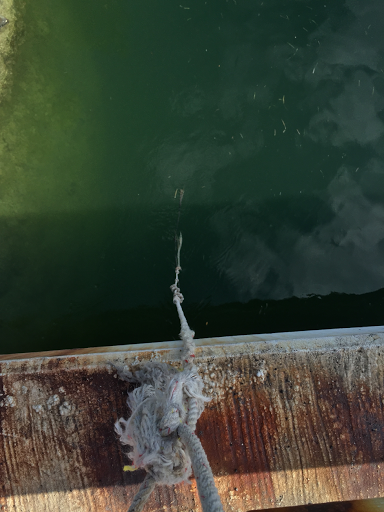 The two hour walk required a day of rest and deep sleep for young Rusty. I had to go to work because I am older and tougher. And because I am not a dog living a dog's life.
Posted by Conchscooter at 12:01 AM No comments: