First let me point out my essay below is from 2009 and more shame on me that we have not been back. This place set me on fire to go to Argentina and try real South American barbecue as only they know how, or so the rumor has it...but then I read this on my favorite Miami Blog Redland Sold :

Lynda Bell and Mark Bell's Hotel is Sold. By Geniusofdespair 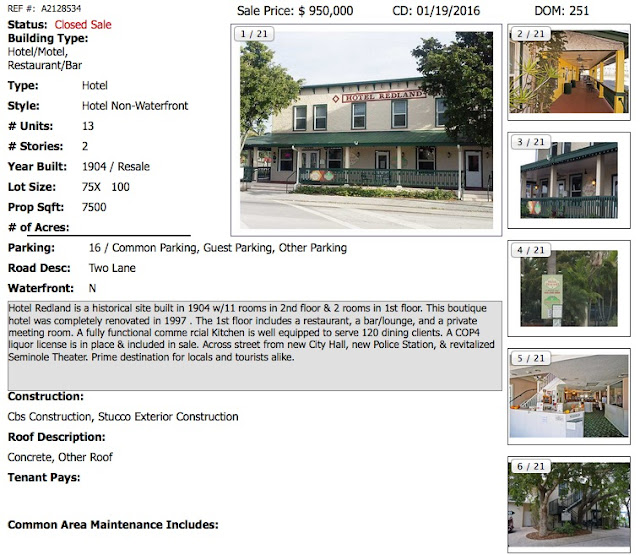 So one is forced to assume things will change and development will not be for the better. If you have followed Eye On Miami you know developers are sniffing around Florida City and Homestead with much land, not so much water and willing political partners. Here is my memory of the grand old hotel from six years ago. Read it and weep. 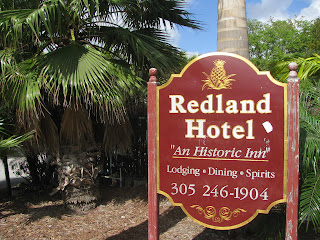 Because we had to go to Miami my wife decided we should spend a little extra time in and around the metropolis so she booked us a room at the Redland Hotel in Homestead. Homestead is a sprawling suburban city surrounded by farms and nurseries in the rich soil that used to grow oranges where Miami sprawl currently lurks. Indeed the Redland Hotel owes it's name to the color of the soil in that part of the world- at least according to the Historical Marker plunked down in the hotel parking lot: 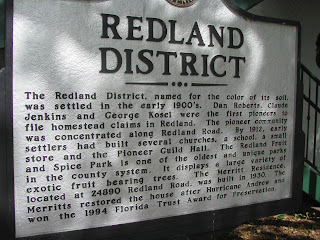 We had driven by the Redland Hotel many times on our way to our favorite hole-in-the-wall Mexican restaurant, Los Nopalitos at Mowry at Krome in downtown Homestead, and every time we passed the old hotel I mentioned how much fun it might be to stay there...so she called my bluff and reserved us a ninety dollar room. I mean, look at the facade at wouldn't you want to stay there? 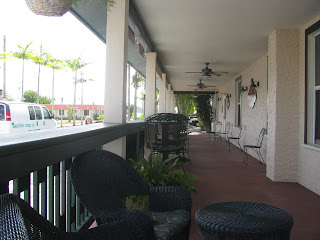 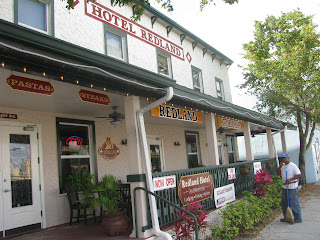 According to the literature the place was built in 1904 but burned down about the time Homestead was founded, 1913. The rear parking lot is secure with a tall gate and shaded b y tall trees: 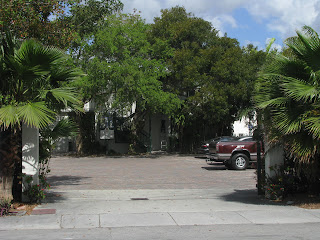 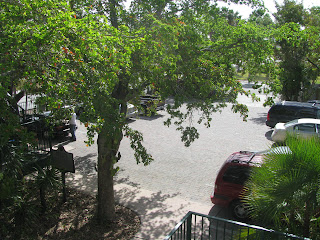 Inside the hotel I found a wall covered with historical photos of Homestead, including the obligatory "drowned hurricane" picture: 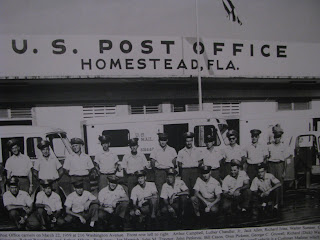 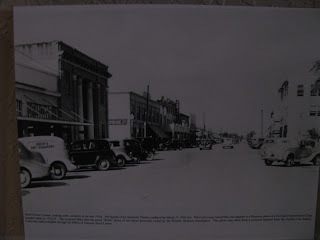 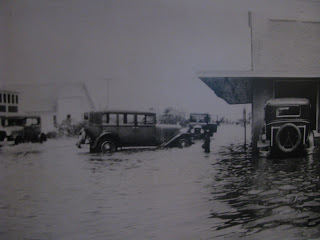 The Redland Hotel is a thing of beauty, because of it's age no doubt, narrow hallways thickly carpeted... 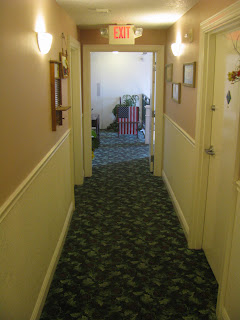 ...an entirely adequate room complete with television and wi-fi Internet connection and the all-important adjoining bathroom... 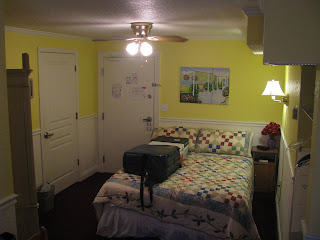 ...with adjoining expansive balcony, even though the view is only that of industrial roofs: 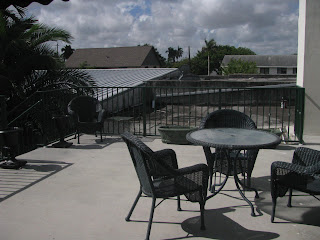 The view of the surrounding streets is no great shakes either: 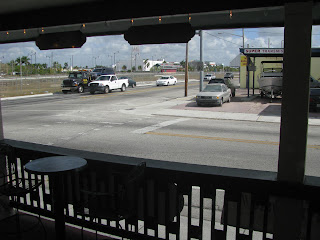 But the front door has a nice way of separating the interior from the wasteland outside: 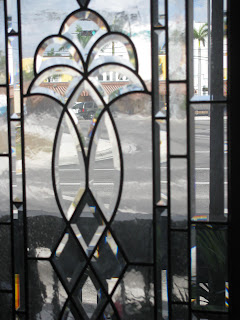 The effect is to make the interior of this hotel more snug, and comfortable in an old fashioned relaxed way than ever. The dining room: 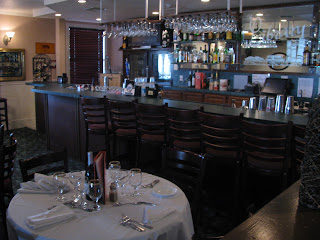 Which is advertised as an Argentine Steak House. We took the sampler grill at $29 for two and it was enough meat for a small army: 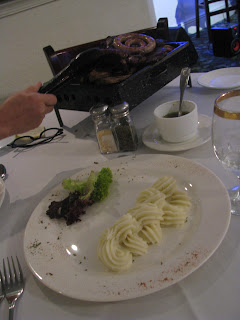 Steaks of various cuts, three kinds of sausage (including blood pudding) chicken and pork all piled up and sizzling. It was overwhelming and delicious as were the entirely unnecessary mashed potatoes, but fortunately for us the hotel provides a to-go box: 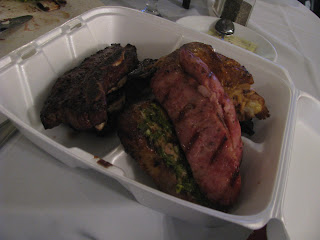 The only other occupants of the weeknight restaurant was a party of four English birdwatchers, I think, rather odious people making snide remarks about the colonial lifestyle on this side of the pond and laughing, or rather braying like loud horses as they tried to sort out in their avian brains the differences between England and America. They reminded me of people I'd rather forget from my childhood. You'd have been proud of me: I said not a word but chewed my Argentine steak, forcefully but silently, exhibiting better manners than they. 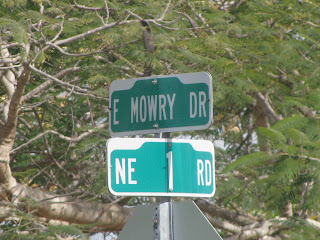 My wife, who tends to be critical about these things, found the bed to be entirely comfortable and I slept the sleep of the just. The next morning the repulsive bird watchers were infesting the parking lot with nary a polite word between them but it was a fine day to be out and about. We waved to the old Homestead jail as we drove by after loading up on cereal and fruit in the dining room: 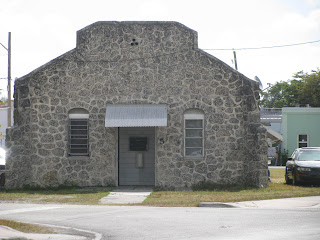 And made a pact to drag Lisa and Josh out here for a night of meat and alcohol at the Redland Hotel, in Homestead. Who would've thunk?