I count myself a reluctant visitor downtown in winter when crowds are the norm. Key West with a population of 23,000 counts roughly two and a half million visitors a year, and I don't count them so I take public statistics as real for such an unreal number. 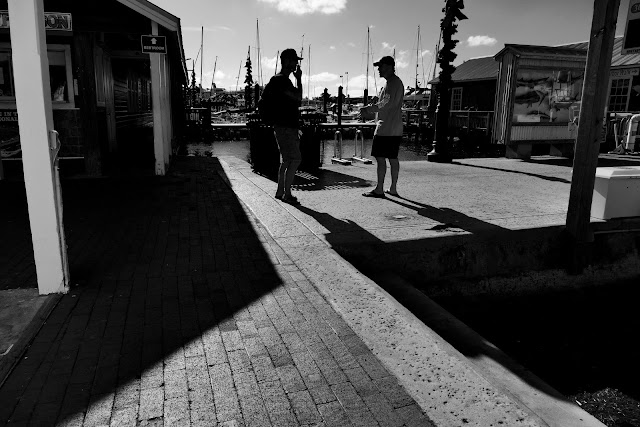 Faced with an empty lunch break the question is what to do? My wife does food shopping  as she feels she has a better grasp of what we need versus what Michael likes to buy on impulse when let loose in Publix or Winn Dixie. Car repairs are not an issue except on days off and other chores fall by the wayside when you have workday that lasts from 5 am to 6:30 pm. When I worked nights I would either roam Key West The Sleeping City or I would take a nap in the break room at work. 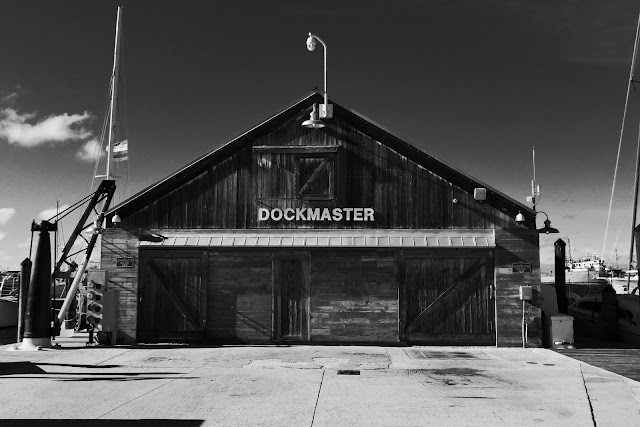 Now I work days it seems criminal to waste my one hour of daylight indoors so I head out to practice recording the town where I work. 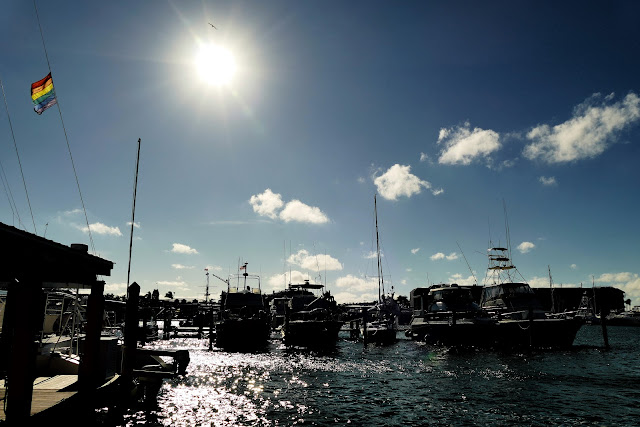 Rusty gets his walk at four in the morning obviously in pitch dark unless the moon is up and we wander various roads and suburbs near where I live. He gets the day to himself sunning his lazy self in the driveway or using his private dog door going indoors and sleeping off his nap in air conditioning. I have to say I do envy him a bit as I pull out of the driveway and settle in to my 30 minute commute. 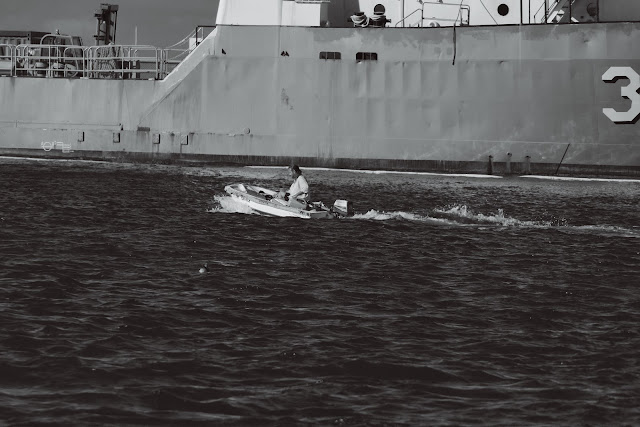 Some people commute by boat. Been there, done that, got the t-shirt and were I single I might do that again but Rusty wouldn't stand for life on a boat and though I am speaking for him I will venture a guess he likes being master of his bed, the couch, the sunny side of the deck and the bushes in the driveway as the inclination takes him. A small boat might be a step down in his world. Though one has to say as commutes go it looks pretty even to my jaded eyes: 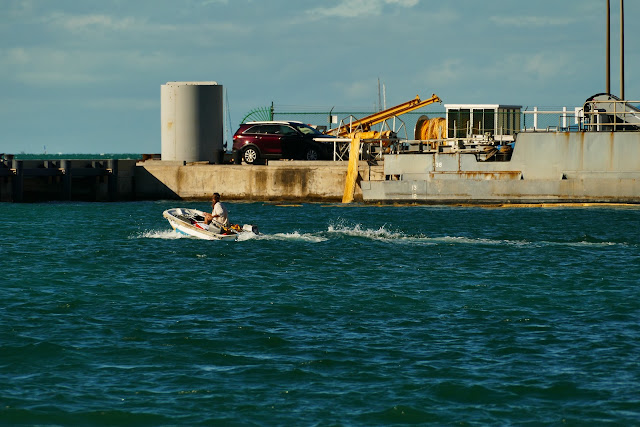 So with an hour to burn and only a small town to walk in I come back to places that require me to look closer to see things through new eyes. Like the glossy paint on the hull of America 2. 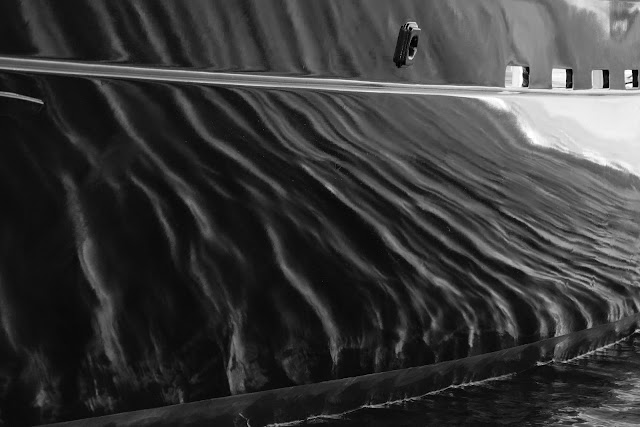 Christmas decorations have sprung up around Key West including the waterfront alongside Schooner Wharf Bar. You might imagine boats docked nearby like the schooner America 2 gave the bar its name. These days the boats are for pleasure where once they were the lifeline of commerce in Key West a way point between both coasts and Europe and the New World. 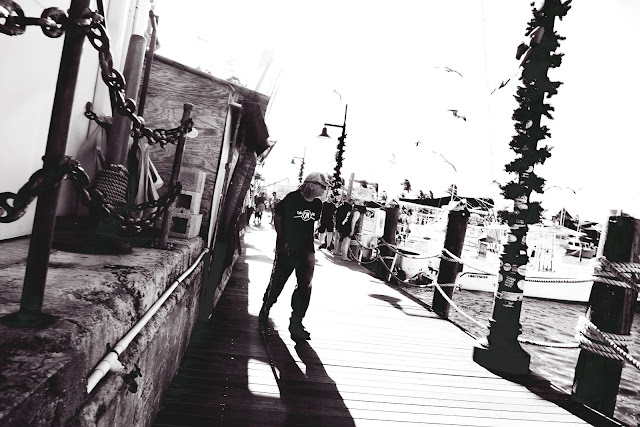 You can rent a power boat or you can watch seagulls ignoring people. I did both at once. 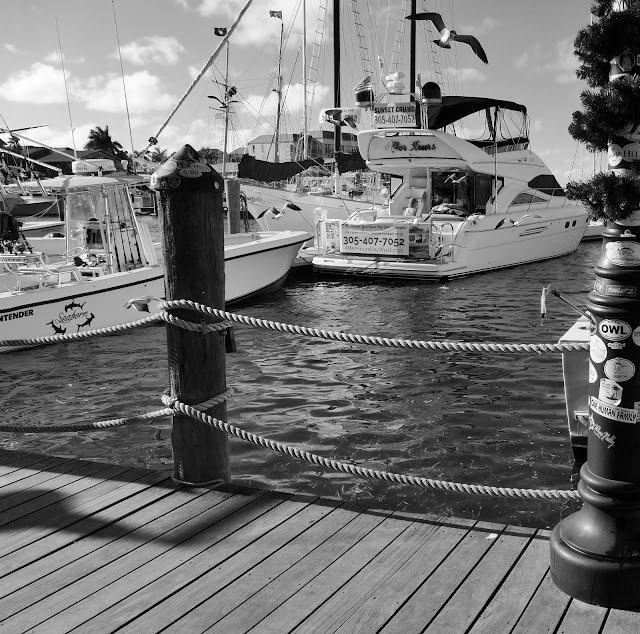 Refreshed for an afternoon of 911 calls.
Posted by Conchscooter at 12:00 AM 4 comments: