With Tropical Storm Laura passing about 150 miles east of Key West even before clearing Cuba's west end, the wind made itself felt. 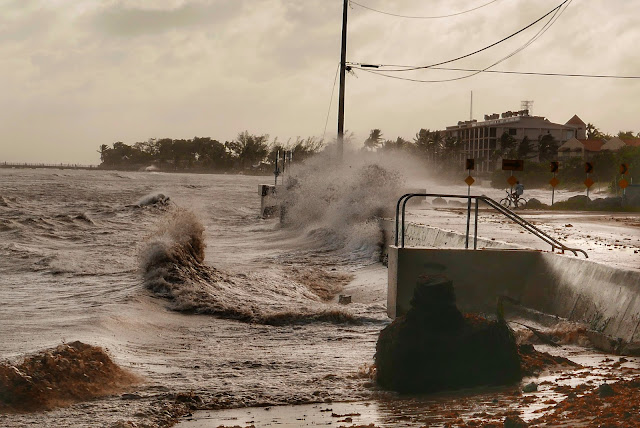 Key West has always done well in these situations thanks to the reef, which keeps coastal waters shallow and tries to break up wave action. However it's not a seawall and energy reaches the land one way or another. 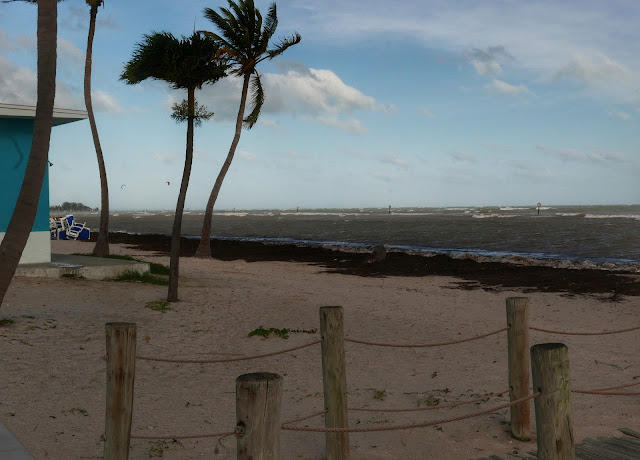 There has been a long standing joke in Key West that the White Street Pier is the stump of the bridge to Cuba, closed by sanctions. It's not true of course but it raises the occasional tourist eyebrow and represents  some of what we miss by being cut off from that island. On days like yesterday the sense of isolation was enhanced by the seas boiling. 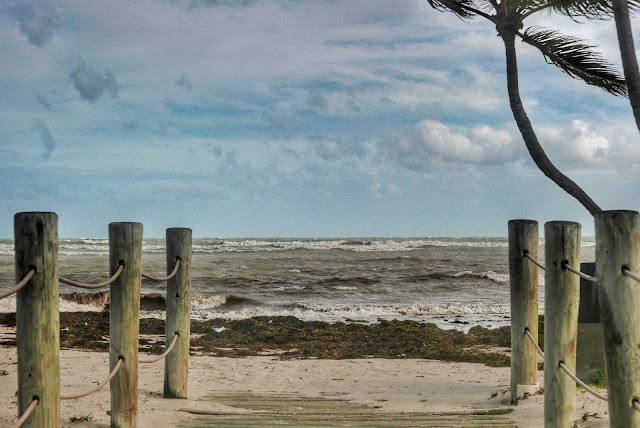 There is a certain pleasure when the weather is like this, as there is no threat from a direct hit by an actual hurricane with all the drama and chaos that brings, but like this we can be reminded of how we survive violence in nature and eventually overcome. That feels good. 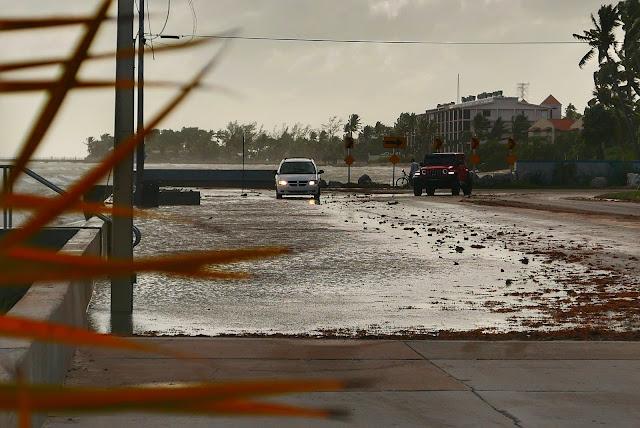 It's vulnerable living close to sea level with a scheduled hurricane season for half of each year. We are coming into the busy month so the fact that Tropical Storm Laura is passing us by en route to dusting the Gulf Coast is nice for now, but there is no guarantee as to the next circle of pain coming across the Atlantic. It could be our turn next and we all know it. Especially now that we hear the hurricane may land in Louisiana and Texas as a Category 4, just like Irma landed here in 2017... 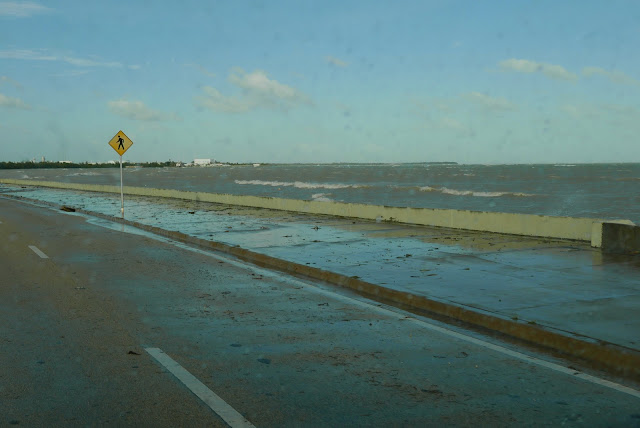 The spray was flying over the seawall such that when I got home Gannet 2 got a hose down. I was extra glad my camper van had that undercoat I had applied in Miami. South Roosevelt Boulevard always gets salt water and sand and chaos when we take a direct hit from a storm. And usually boats duck and run for marinas or mangroves to get some protection. 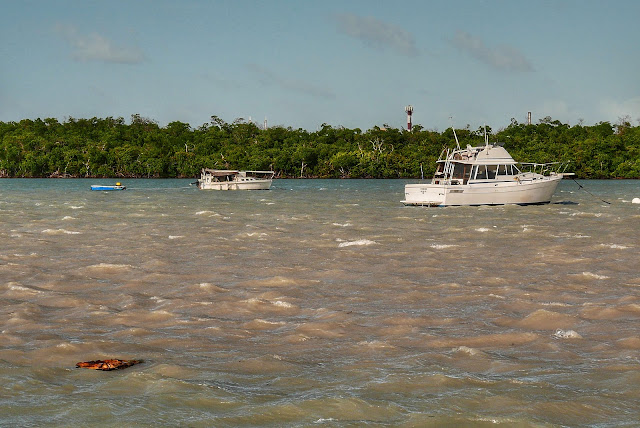 Instead the order to evacuate RVs mobile homes and boats has been rescinded by the county and liveaboards can luxuriate in the simple of act of survival.  With the rain blown through for a while, the skies clear and a setting sun to illuminate the scene being alive on a boat, be it ever so humble, can feel pretty damned good. 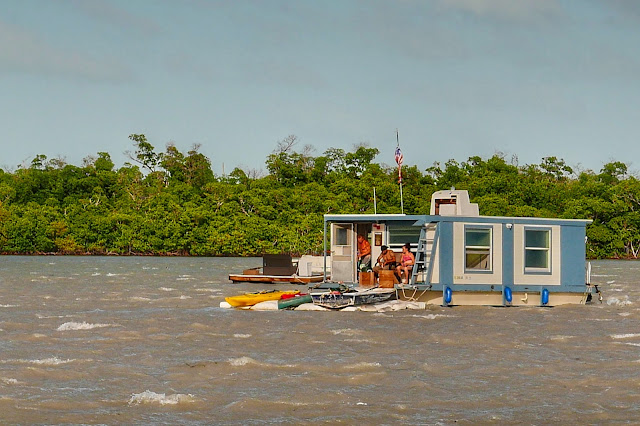 We had a call this past week for an ambulance for a man suffering downtown on the street. They took him away and later he died not alone but looked after, at least that. His sister called to try to figure out his personal effects from far out of state. I don't think he had much of great value but it was what she had to remember him by, including his much loved bicycle.  His bicycle. I directed her to the proper place to find his property and she left me sitting there wondering about what we leave behind. A bicycle in Key West is a valuable tool, a way to get around even in the face of strong winds and heavy seas. I hope his sister knows her brother depended on his humble bike. I rather suspect she does and somehow she will be reunited with that critical vestige of her late brother's life. I wonder where else in America a cheap beach bike is a valued heirloom. I wish it were true in more places. This guy was pushing hard against Tropical Storm Laura and reminded me of the value of decent bike. 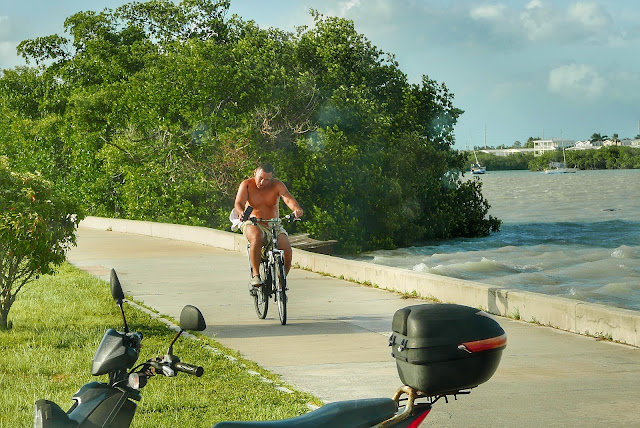 I had to take the van to work as the Fiat after 106,000 miles decided to burst a brake line. I am a quick study with a hand brake so I didn't crash.  I got it to a safe parking spot at work so that later the wrecker could  haul to the shop. Thank you Triple A. 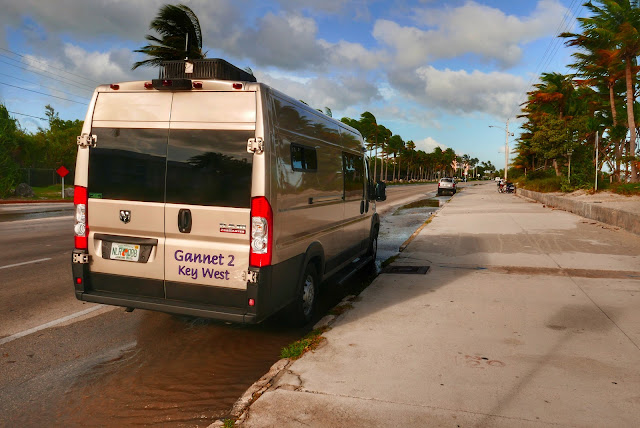 I like driving the van, high up and ponderous and no one cuts this tank off as I bowl down the road towards them.  I will be glad to get the 40 mpg Fiat back, for my commute later this week. 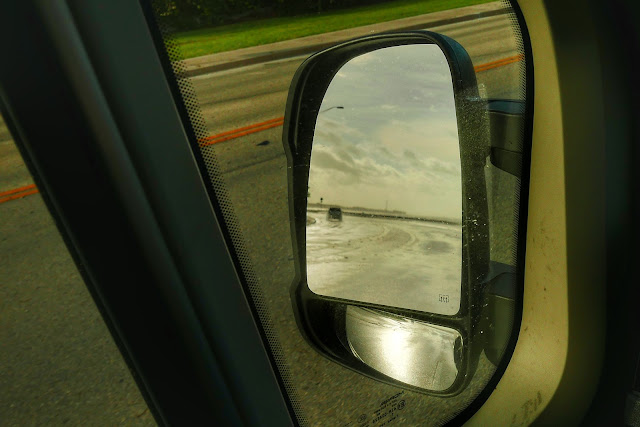 I am ready for the wind to die down, the seas to stay where they belong for now,  and no more storms for the next couple of months. That would be nice. Naturally we wouldn't mind if these two storms spare serious damage to their next targets in Louisiana and Texas. 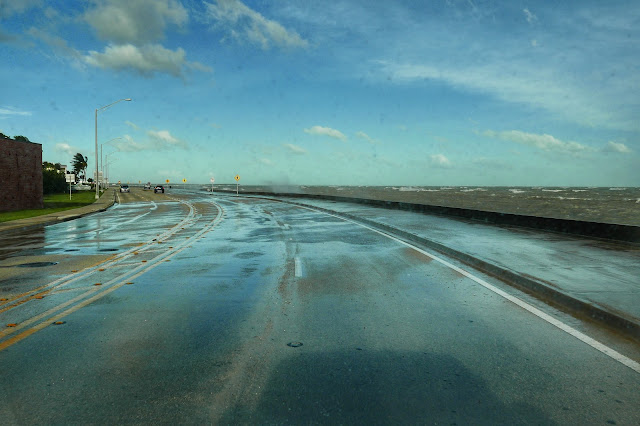 May we always be so lucky to get a. nice refreshing breeze and some photogenic waves.
Posted by Conchscooter at 12:00 AM 3 comments: