You might suppose a town with the word "beach" in it's title might be validated by the presence of some waterfront and that is indeed the case. However this town also has a stoutly proclaimed policy of No Dogs On The Beach which meant I was not going where Rusty could not follow. The water I saw in Indian Rocks beach was the Gulf Intracoastal Waterway. 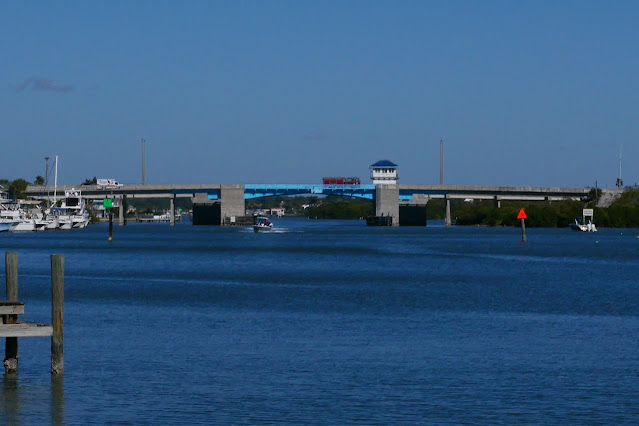 You can't blame municipalities for banning dogs on beaches, Key West does the same, owing to the lack of discipline of people who leave dog eggs in the sand for the unsuspecting to squish between their toes, and as much as I love dogs walking in their shit has never appealed to me. So I was limited to a glimpse to stay in solidarity with my dog. Gulf coast beaches are really quite splendid even without your dog. 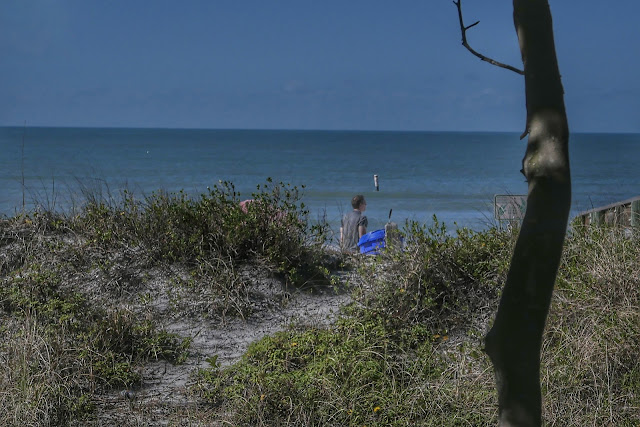 We had time on our hands before our appointment in Tampa and I suggested we make a detour to the gulf and check out the beach scene. In January one can hardly expect it to be anything less than  a zoo on the beach in Florida but 2021 is shaping up to enjoy its own peculiarities and one of them is far fewer people. As  a result we found parking absurdly easily and of traffic jams we saw none at all. Weird. 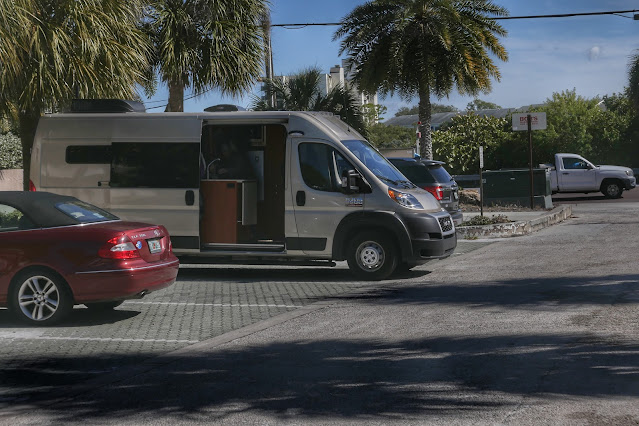 International travel is pretty much banned at the moment and  of Canadian vehicles in Florida this year I have spotted but one Quebecois tag on a vehicle all winter long. The virus has done a great job of wrecking the winter economy. 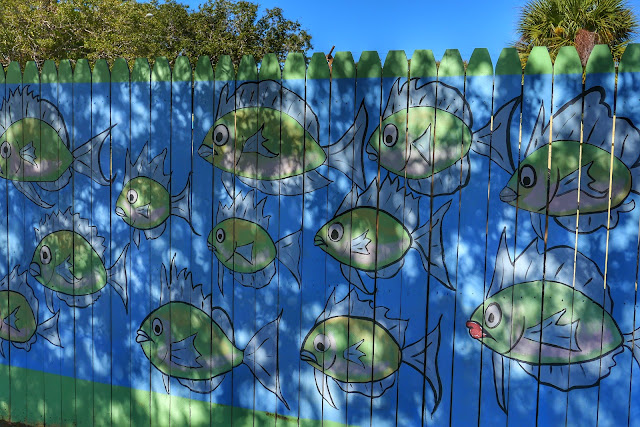 Indian Rocks Beach is a tiny town wedged in the huge urban agglomeration that is the triangle comprising St Petersburg, Tampa and Clearwater and there are many small communities here to choose among. In some ways they remind me of what Key West was or what a mainlander's idea might be of the Key West style so sought after in Florida. 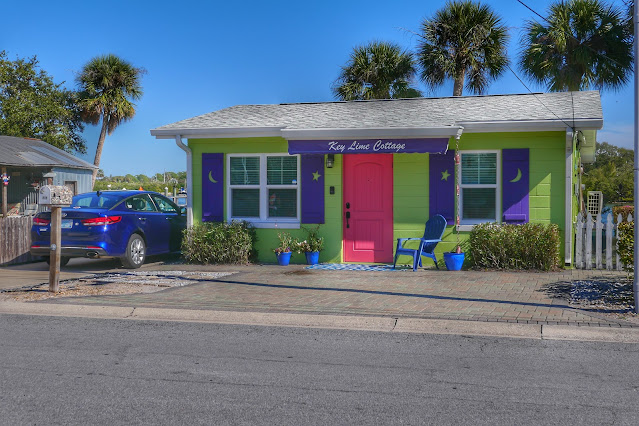 I find it rather ironic that he pursuit of the laid back in Key West has led so many people there and thus raised prices beyond any notion of laid back, so now we seek the laid back in these backwaters. I quite liked  Indian Rocks Beach based on a  walk, a roadside lunch and a rather pleasant sunny winter day. 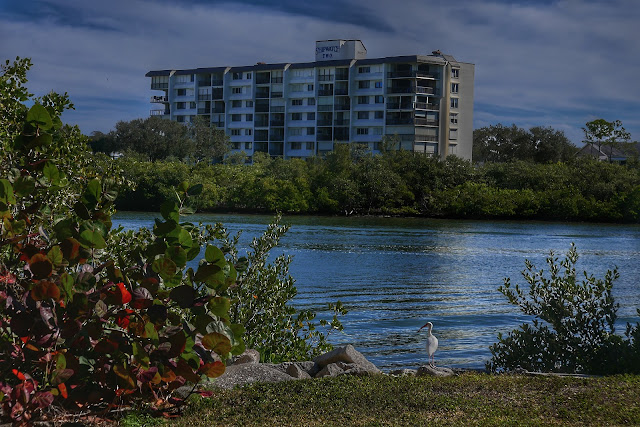 There was lots of boat traffic and avian traffic as well, birds and boats coming and going. 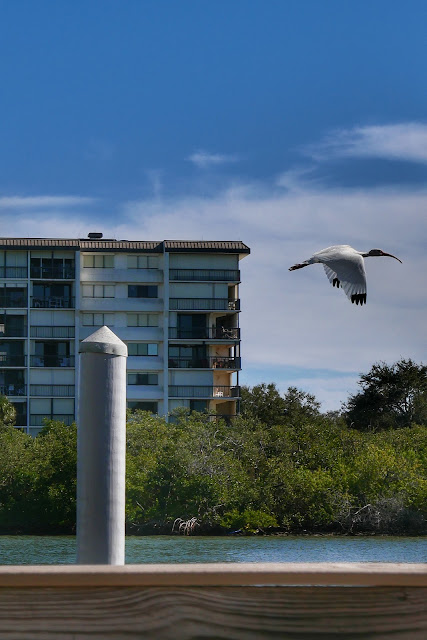 Rusty was not allowed on the beach and on the waterway he had no desire to visit the floating docks which were bouncing a  bit in the wakes of various boats going up down the waterway. 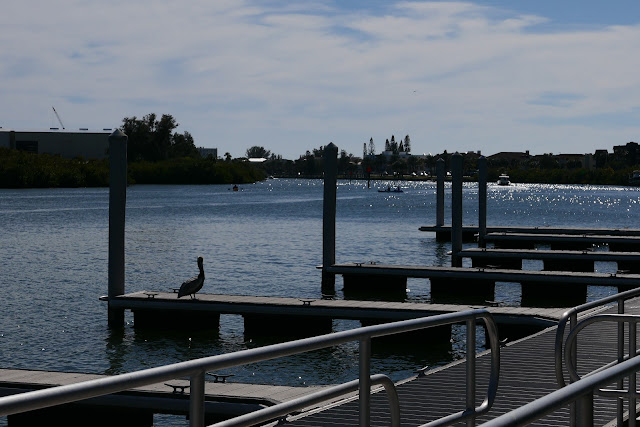 Some people found their own piece of heaven on the water... 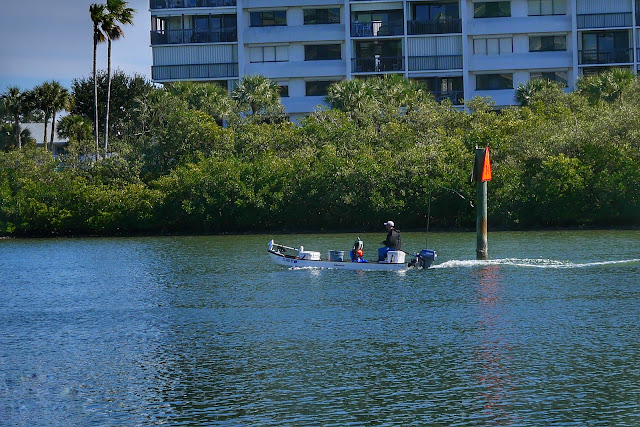 The architecture of the place was quite mixed with apartment complexes and high rises and funky little homes all mixed together. I could see spending a  retirement winter here, parking the van and living large for a while in a 600 square foot mansion... 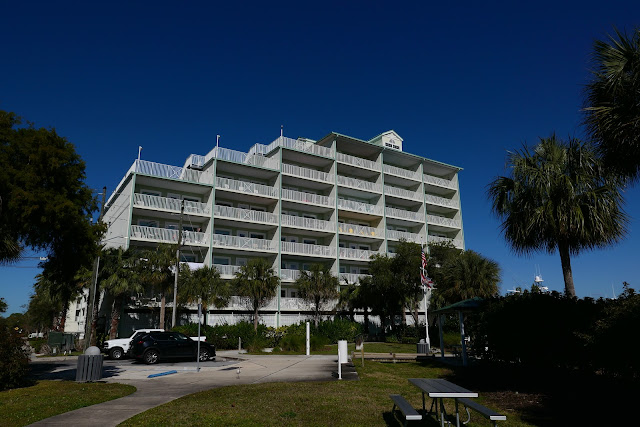 I don't suppose one should judge the crowds based on this year's attendance but the museums restaurants and theaters of downtown St Petersburg are a short van ride away when the virus is finally vanquished. 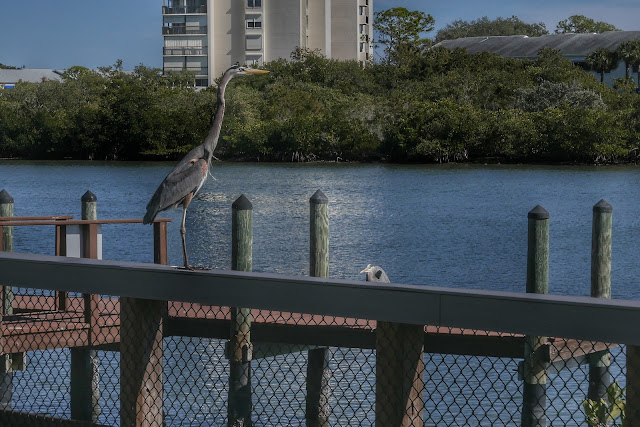 I'm not sure I'm ready to curl up in the sun and wait for the Grim Reaper but when that time comes I could do worse than follow the pelicans' example. 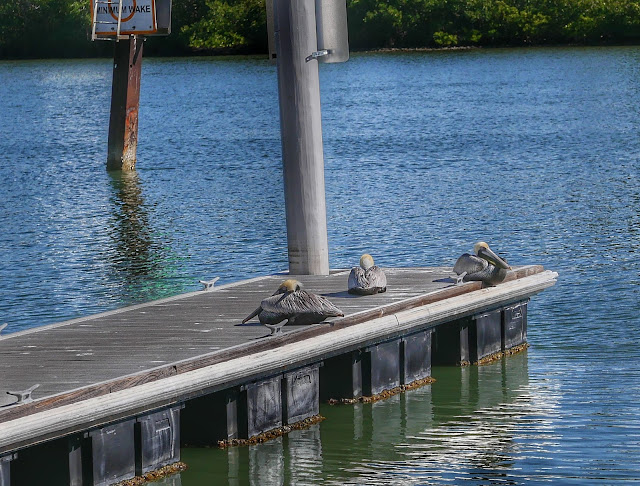 Indian Rocks Beach has a ritzy fire department showing off some public art. I thought it might have been parts of the Twin Towers or something but there was nothing to indicate that. Key West Fire has a piece of Twin Towers metal planted in front of the firehouse as part of the national memorial so I was looking for the same here. 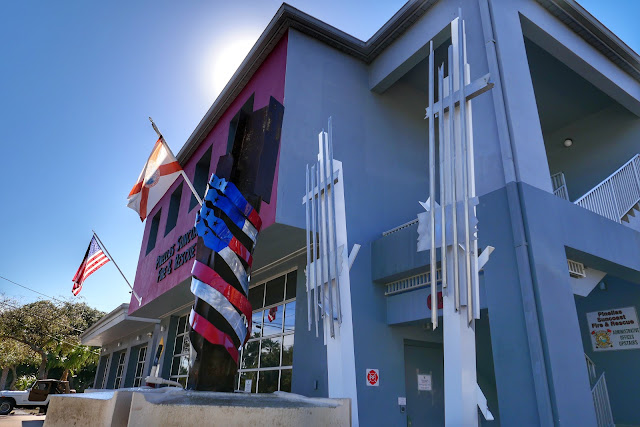 The other side of the architecture on display, the small cottage with a large lush yard; very attractive. 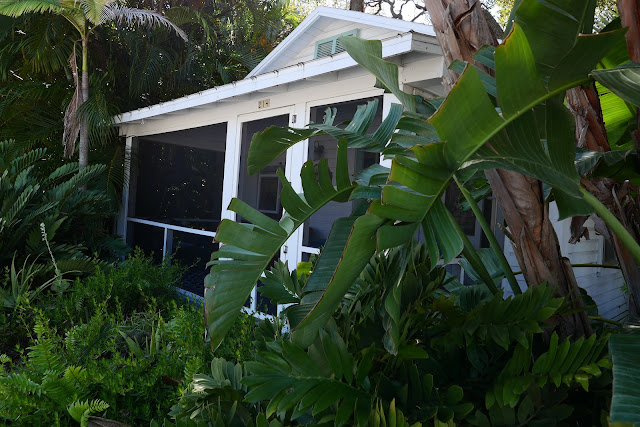 I found an empty street  with empty parking spaces right alongside the waterway. I was surprised and took one. I guess I set a bad example because other cars soon joined in and parked in the warming winter sunshine. 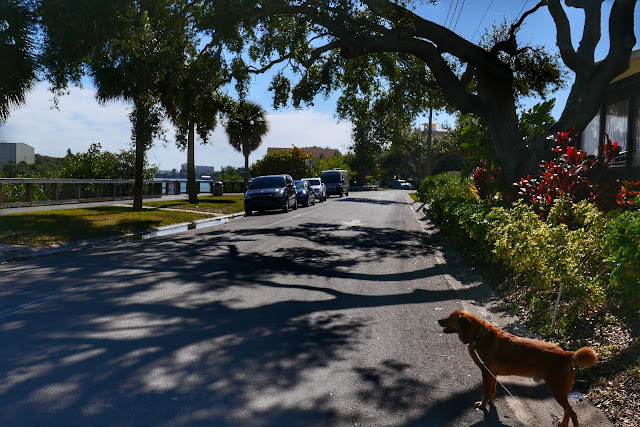 Front seats swiveled we set our lunch on our front tables and with the side door open Rusty... 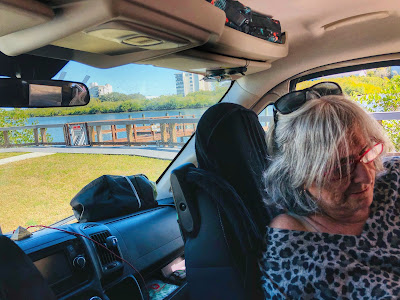 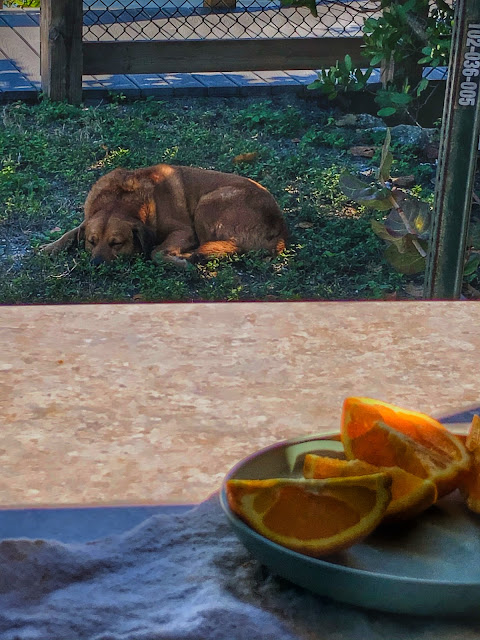 Not exactly on the cutting edge but a pleasant stop and a place worth returning to for more exploration, especially when masks and distancing are no longer required.
Posted by Conchscooter at 12:00 AM 5 comments: