My wife said "There's a dog park there as we walked by with Rusty. So there was; who knew? 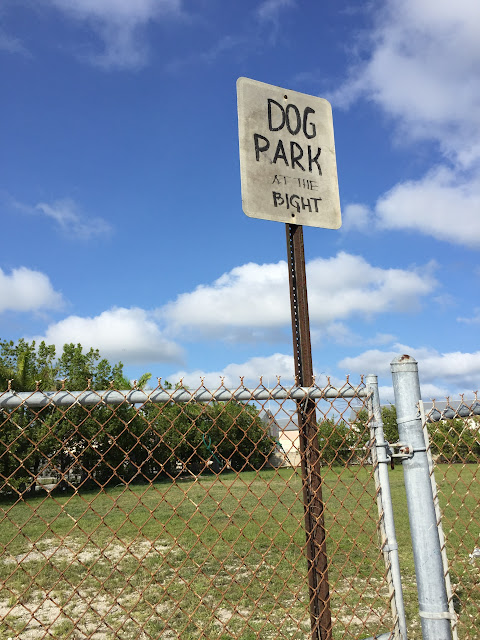 I don't know who had the initiative to close off this piece of open space by chaining a couple of gates closed but the result is a place for dogs to play very close to the heart of the city. 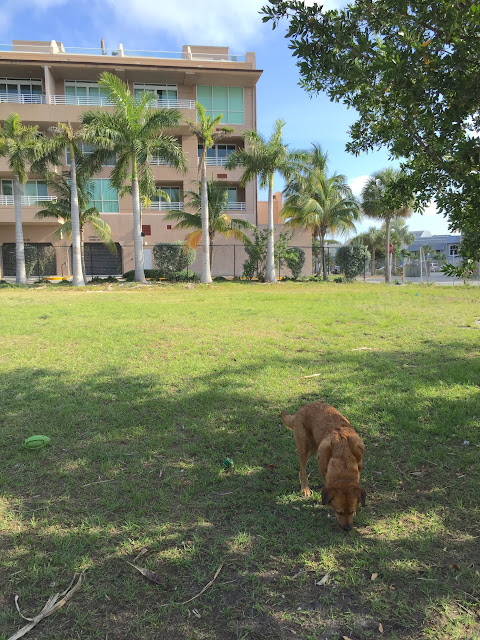 Key West is a strange town where travel of even a mile or two is considered "far" consequently there tend to be two of everything of note to allow successful businesses to reap customers deep in Old Town and further out as well. 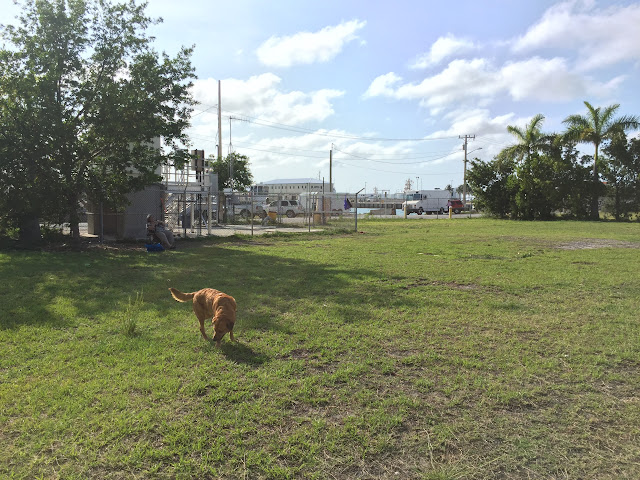 The idea of transporting one's dog to the south end of White Street might seem too much to a city resident hovering near the north shore of the city. The question is: how long will this delightful space stay open? 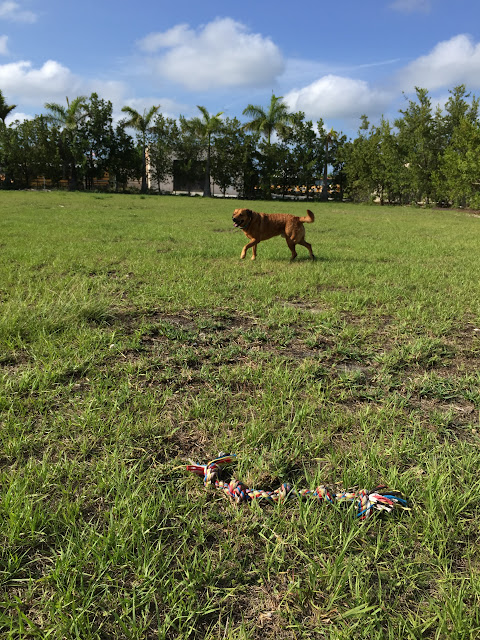 The rather expensive Steam Plant Condos overlook the shaggy antics field and one wonders how long they will tolerate plebs disporting themselves with gay abandon in this dog field...Besides which open space like this within sight of salt water might be worth more to some people as cement and industry rather than just as a place for dogs to play. Hard to imagine I know. 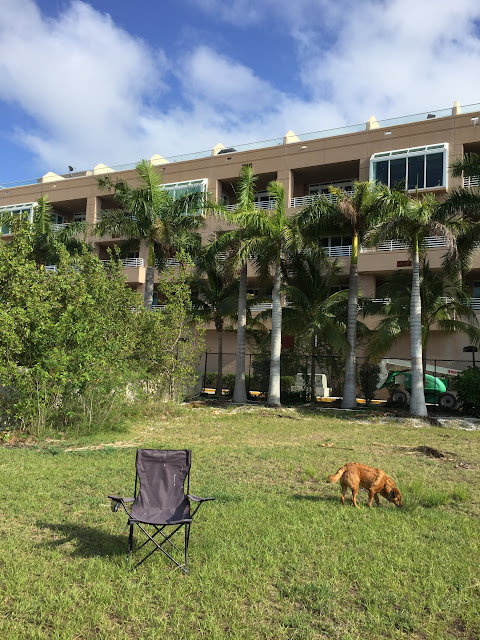 Rusty quite enjoyed himself to my surprise. He is not fan of packs of dogs running around in a dog park. Cheyenne wasn't either but she defended herself. Rusty gets overwhelmed. 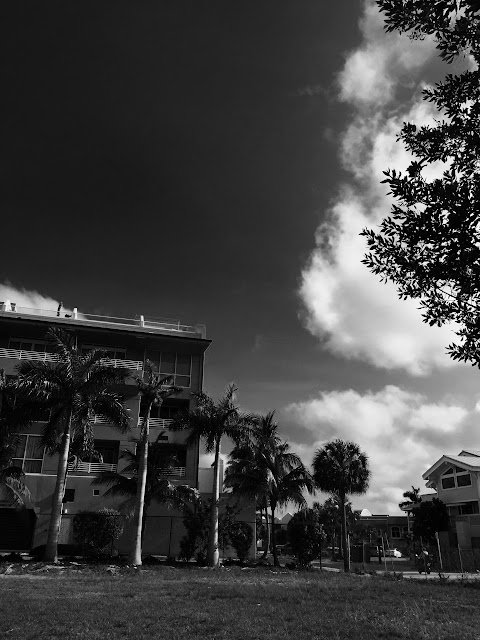 It kept him entertained enough for him to need to use the facilities thoughtfully provided: 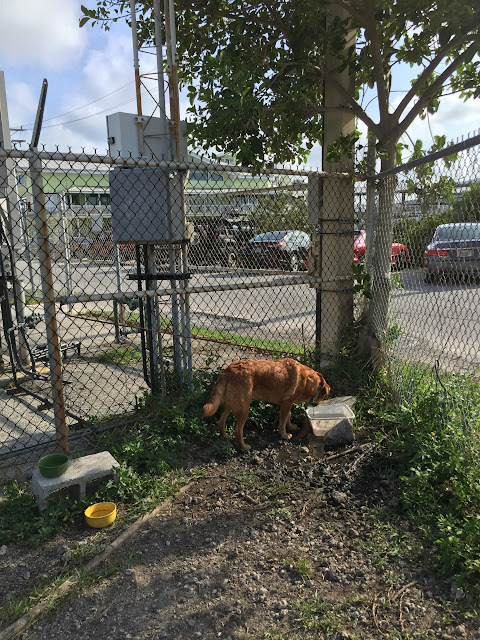 There is clearly a group of happy dog owners here ready to equip the place for their beasts: 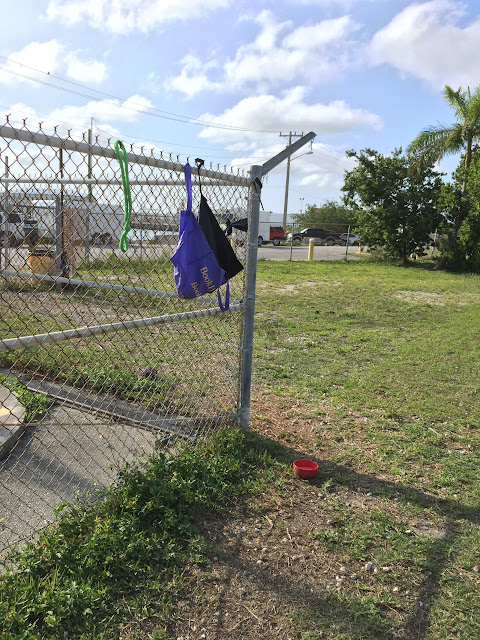 And across the street the Ferry Terminal, still known to some as the Buquebus in remembrance of the Argentine ferry service that got the place built for them and then failed to make money on the boat service. Key West Express is the furthest boat while the smaller closer boat is the ferry for the Dry Tortugas day trips. 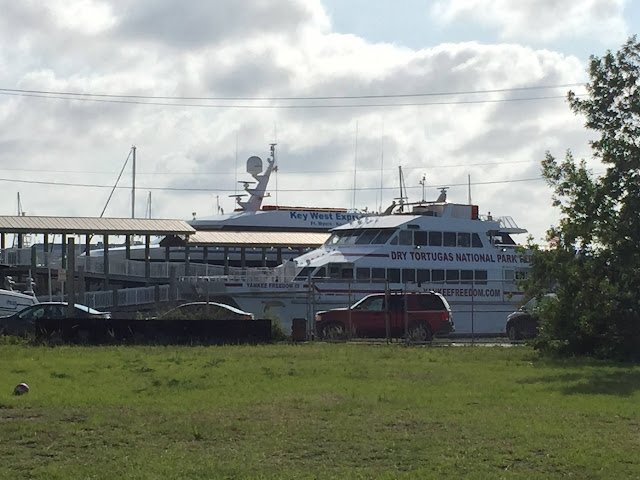 I played the the shadows and light in the body of water known as the Key West Bight. This corner used to be known as the Toxic Triangle when the Steamplant used to generate electricity and spew noxious outflow here. I used to have a friend who tied up his boat here for free on the seawall a long time ago. With a name like that I guess no one had the heart to charge a fee to live here. These days its valuable real estate. 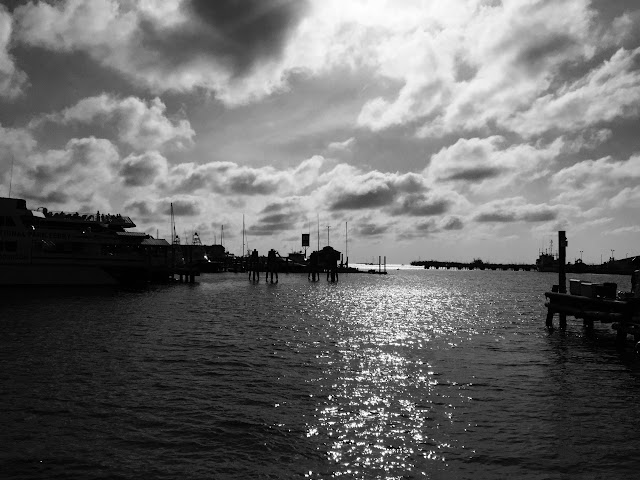 It used to look like this from on top of the Steamplant power station: 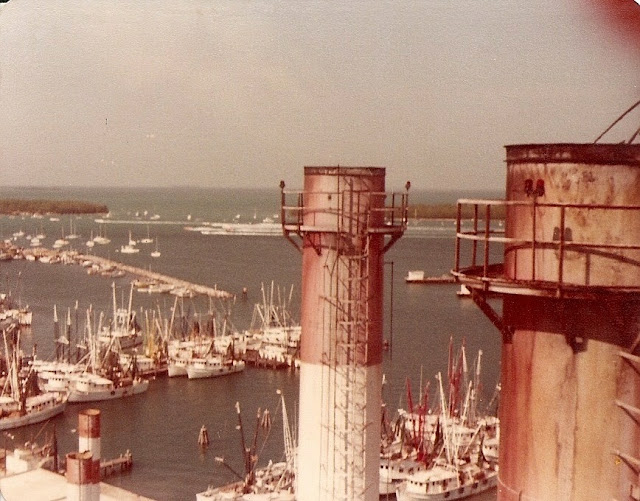 The good old days of a commercial fishing fleet, a noxious power plant and a toxic brew in the seawater they said. All grist for the developers' mill today.
Posted by Conchscooter at 12:00 AM 3 comments: