Walking Duval with my indefatigable dog yesterday I came across a sight I had not seen before, perhaps because I don't pay enough attention. 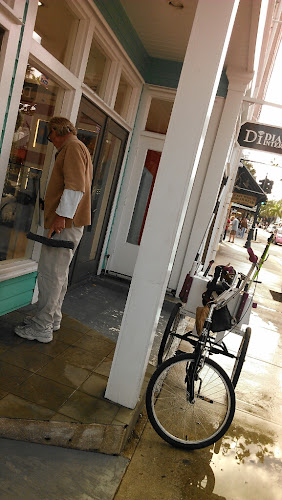 Buzz says he came to Key West in 1982 "because it was cheap." There's a thought, cheap. But I remember at the time Key West was not the suave debonair retreat of wealthy Americans it is today. It was a dusty little fishing village with a hippy problem at the end of a very long road from Miami. I was a bit too straight laced for a hippy, gay fishing village. The fault was all mine. 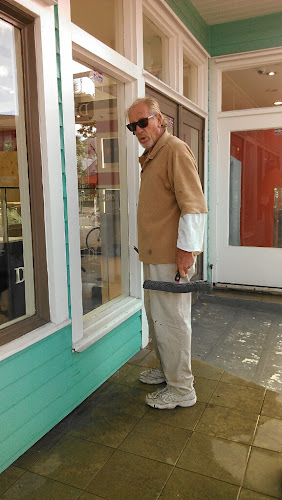 Buzz was not terribly forthcoming about himself in those days but he decided back then shopkeepers needed a window cleaner so he set himself up in business. He says he grew up on a farm in south New Jersey, "...it really was the Garden State," he remarked wryly. He says his birthplace was a few miles from the first successful American glass factory which was it seems in Alloway, New Jersey. Buzz said transporting glass across the ocean broke a lot of it so two a German brothers decided to make their own in the New World. That's Alloway's claim to fame and the hint was that it's place in history inspired its son on his voyage south to a new life. 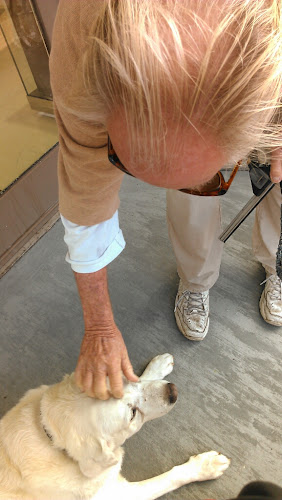 Check out his tricycle-workshop, which I suppose you refine over time if you have been squeegee-ing in windows for thirty years...think about that for a minute. Where were you when Buzz was abandoning the snowy Garden State for hot cheap Key West. He's still here, still doing it and he seems content. 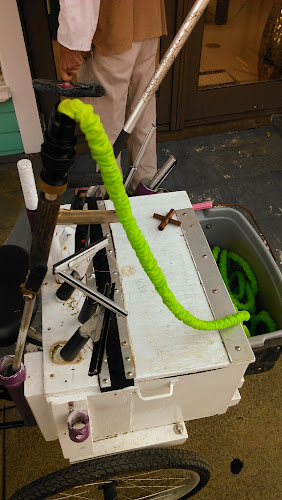 He left behind a family including a twin sister but they seem to be made of sterner stuff. "They've been down a few times..." but a casual unconventional life cleaning windows and being a wine salesman ("it sells itself") has seen Buzz well all these years. It's hard to imagine he could have done better with a proper job and an address at an exit off the famous Turnpike. I look at Buzz and wonder where he got the fortitude to just squeegee and expect it to work out. 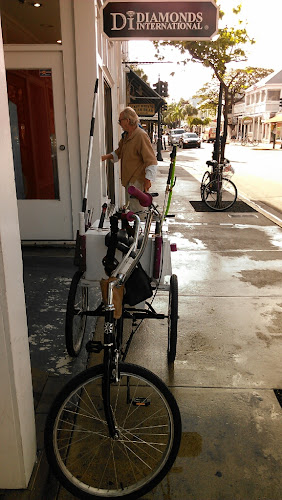 I didn't much like Key West in 1981 and I took off right away for the bright lights of California. I wonder if I could have become Buzz?

Nah, probably not on mature thought. I am a conventional wage slave.