I like Little Hamaca, the scrubland between the airport and Riviera Canal and I go there from time to time to take some pictures and walk a dog when I'm in town and he doesn't want to walk the streets...This week the reason we were there was that I had to take my wife to the drop in clinic as she had caught my flu and needed the dreaded pills to ease the course of their nasty break bone illness. Rusty and I saw no value in sitting around waiting for the long line of patients to dissipate.  Even though I wasn't feeling very strong I could totter behind Rusty on the new boardwalk they've put across the park.  It's a five minute walk to the Riviera Canal which was on an extremely high tide at the recent full moon. 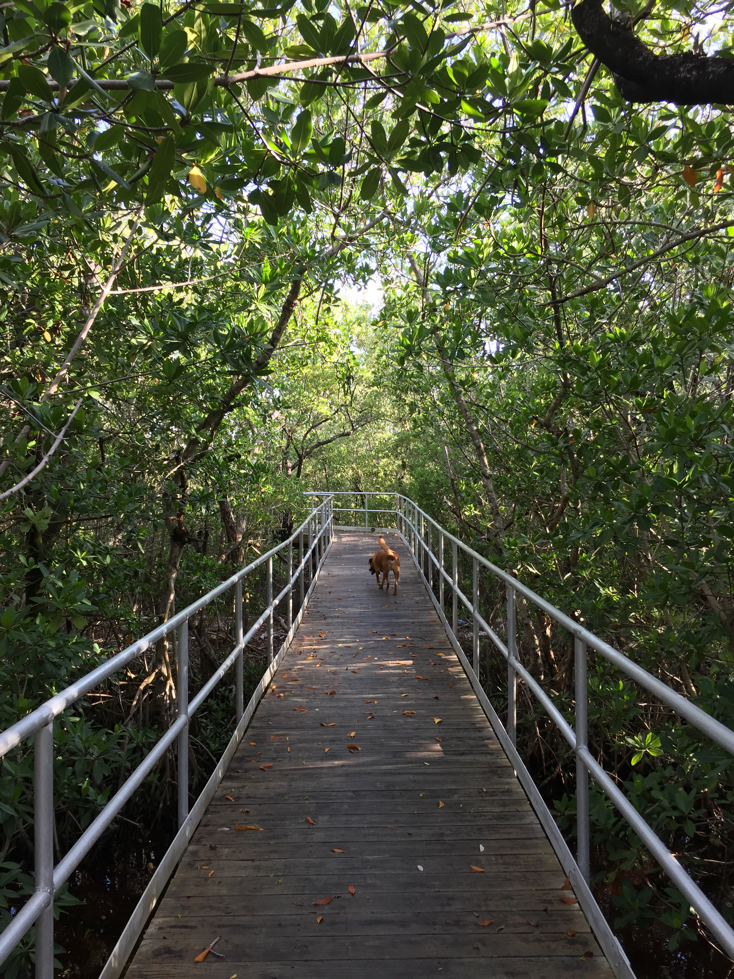 The walkway used to be made of wood but I guess it was time for an upgrade. The piling appear the originals sunk into the mud and water below. 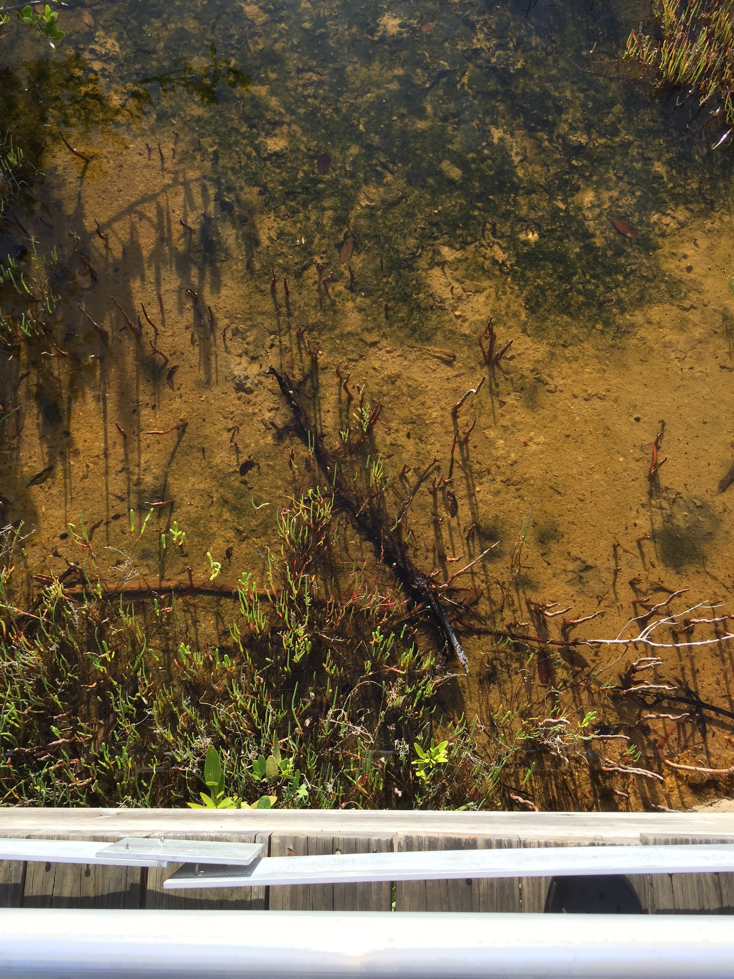 The Blue Paper has a video this week discussing "little known" Little Hamaca. I don't usually watch videos as I haven't the patience but what with being in bed with the 'flu, nothing lost...Luckily they ran with the video-dramatic history of the place focusing on the Cuban Missile Crisis that saw Hawk Missiles based at the end of the park now marked by blast berms and radar towers. 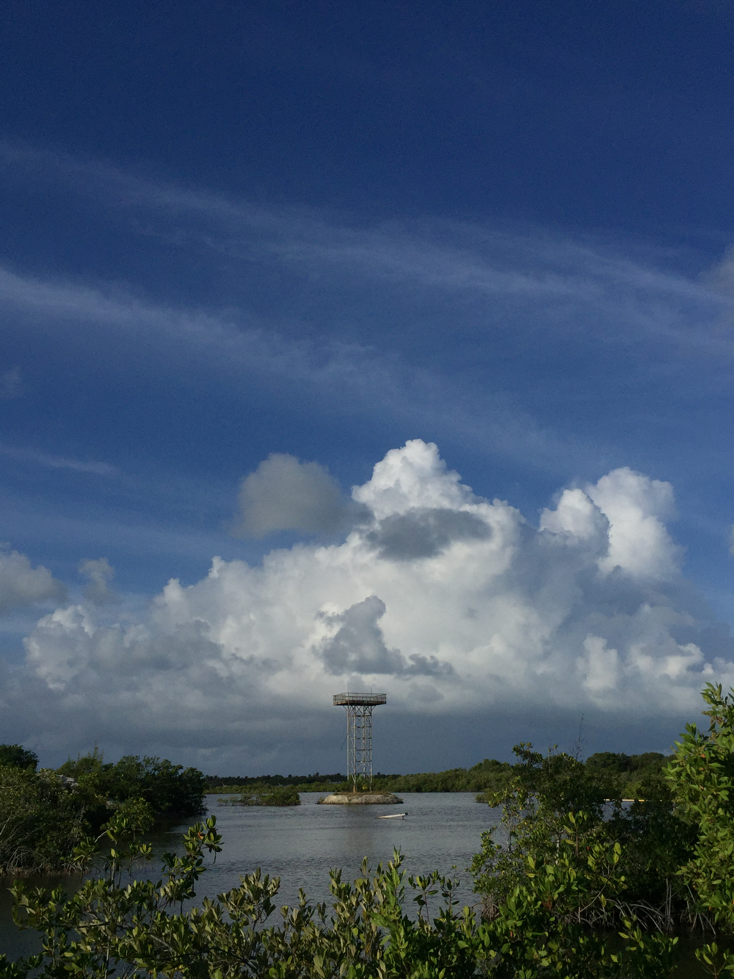 Rusty and I spent a little time here before we retreated to the shady boardwalk through the mangroves. 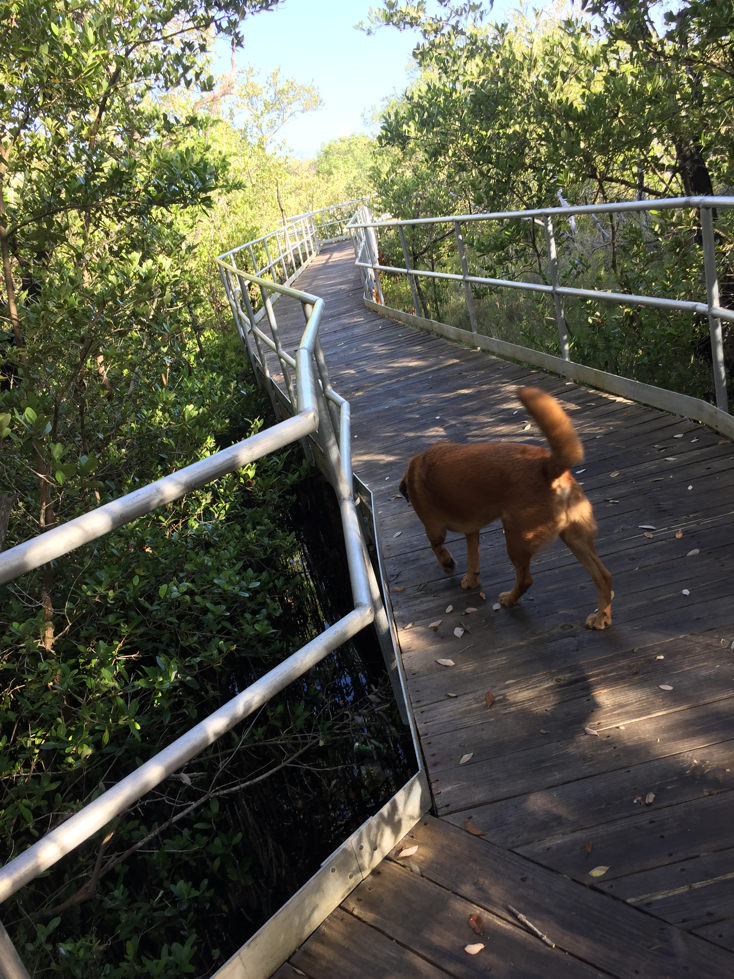 There are warning signs about crocodiles so be aware. There have been reports of reptiles in the Riviera Canal so consider yourself warned. I've never seen one in Key West but I don't live in these mangroves so if it were me for instance I probably wouldn't swim in the Canal these days. But on the boardwalk? No problem.  Rusty is not a suicidally inclined dog.  I've seen him get very wary when we were walking in the Everglades and whether he detected a large snake or a croc I don't know but I respect his wisdom and we beat a retreat. He has good instincts and I don't argue with him even if I see nothing. 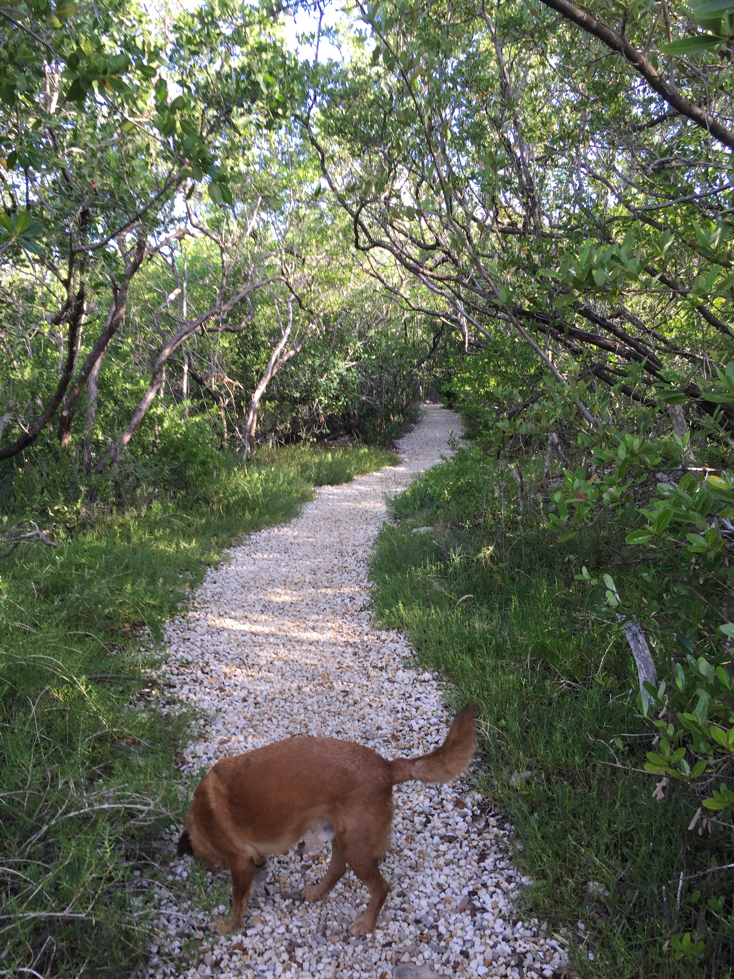 The city has put some energy into making the park accessible but in summer it tends to be a pretty quiet spot. Runners run on Government Road but not out here. It's very serene. 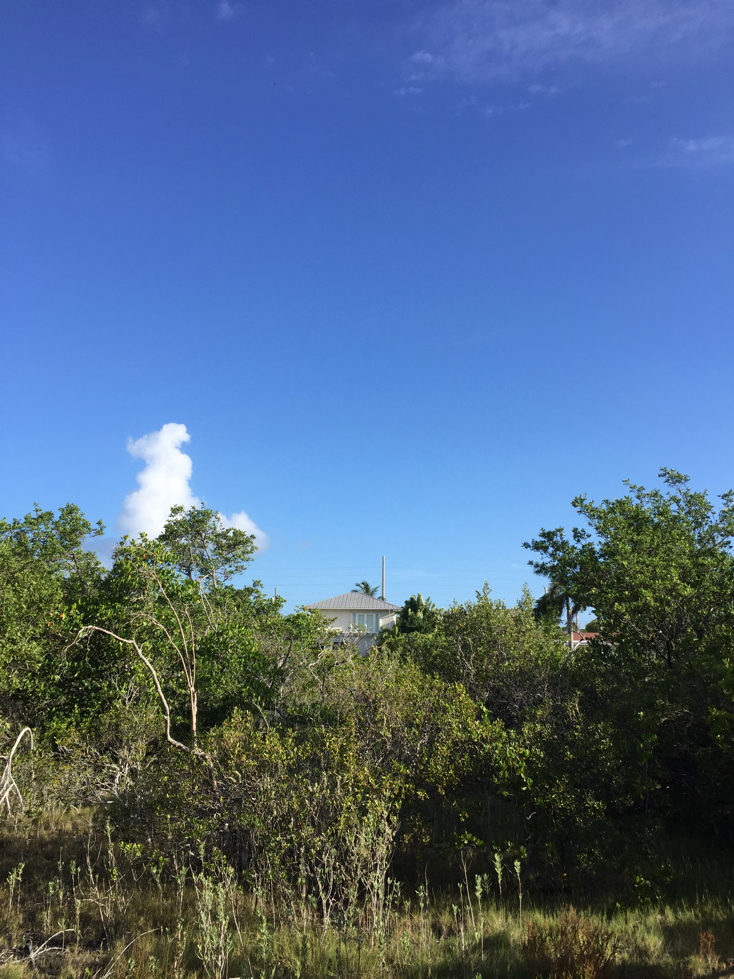 The houses you can see through the trees are on the far side of the canal. 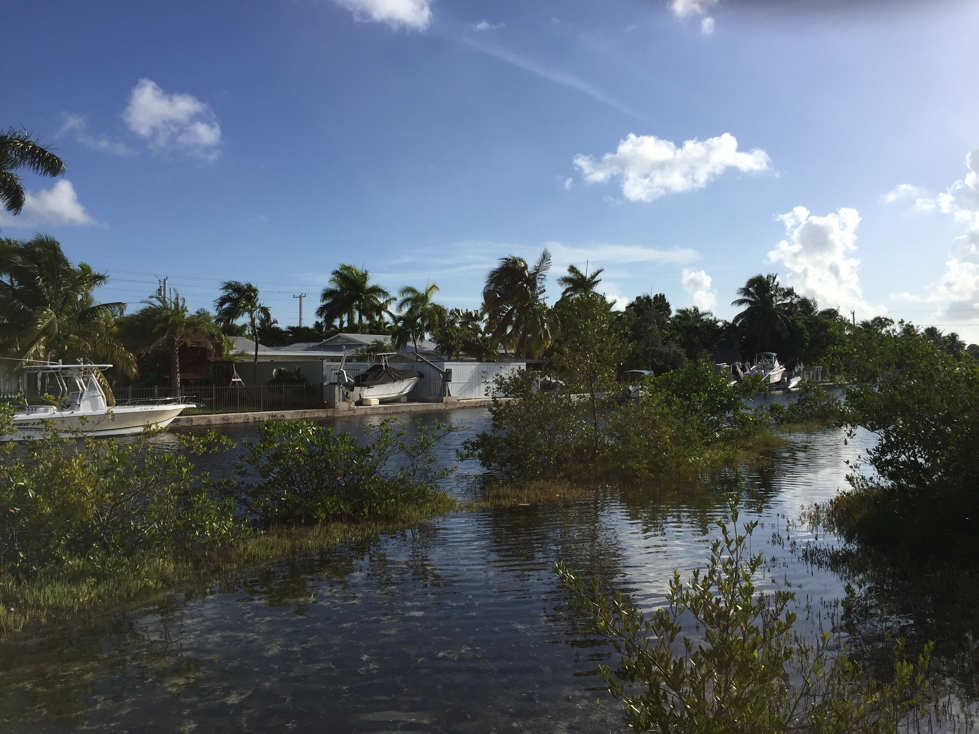 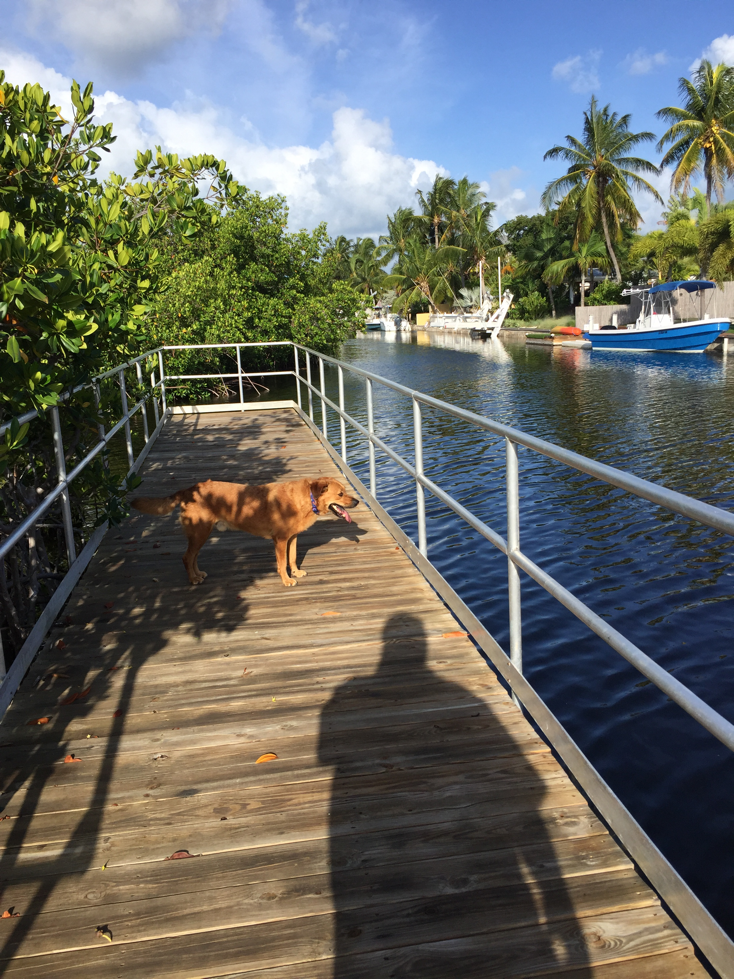 Looking east down the Canal toward Stock Island: 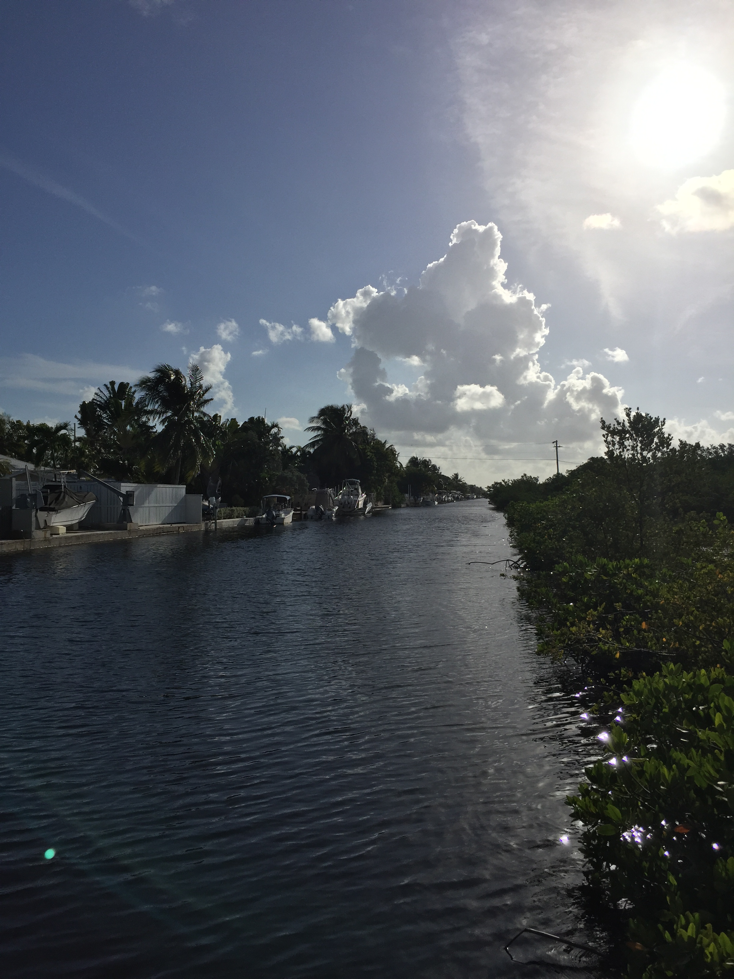 No crocodiles, no homeless people and no tired lonely gay men looking for a good time.
All "known" hazards at Little Hamaca that have never bothered me.
I must give off the aura of wanting to be left alone in the wilderness.
Posted by Conchscooter at 11:00 PM 2 comments: Links to this post