We were driving home and I pulled over to let some anxious cars get ahead, as I am not a fan of doing 60 in the Key Deer Zone in Big Pine Key. The fines are enormous so rather than hold them up as we drove into the heavily patrolled 45 mph slow zone, I let them by. And then I thought, I'll bet Rusty would like a walk here so down we went into the parking lot.. That there might a chance for some fun with my camera never entered my head, not for a minute.  Rusty realized there was life in those bushes and he set to exploring and pouncing on air. To no avail as he has rather lost his edge living the soft middle class life with me and even his imaginary prey gets away quite easily. 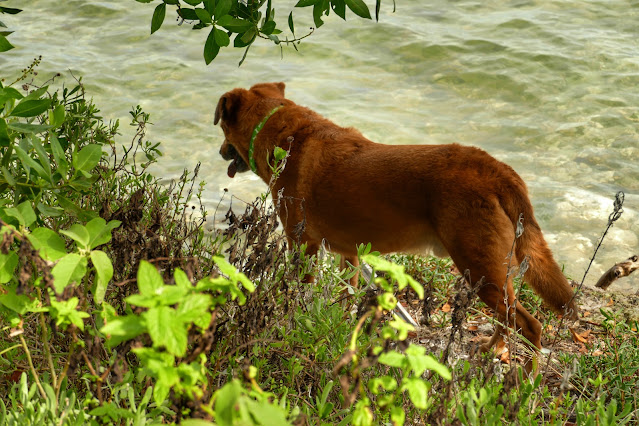 I deployed the macro setting and admired some flowers in the bushes. 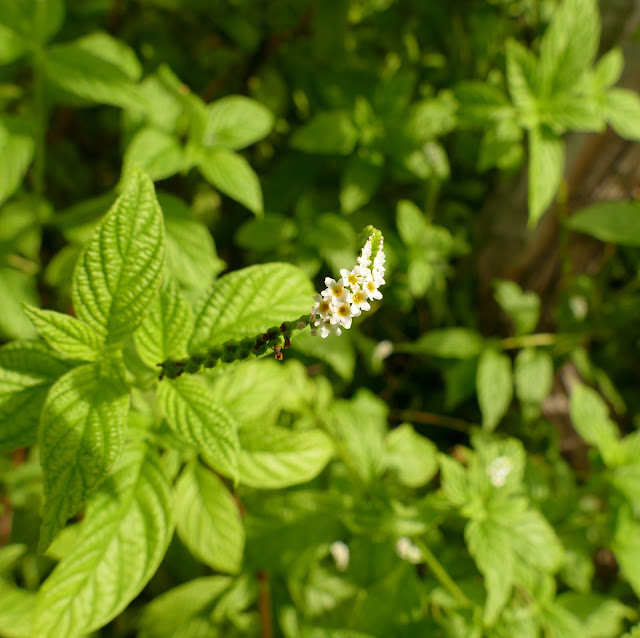 Hurricane Irma wrecked a bunch of formerly flourishing trees and I try to honor their memory by recording them as these rather stark impressive sculptures. 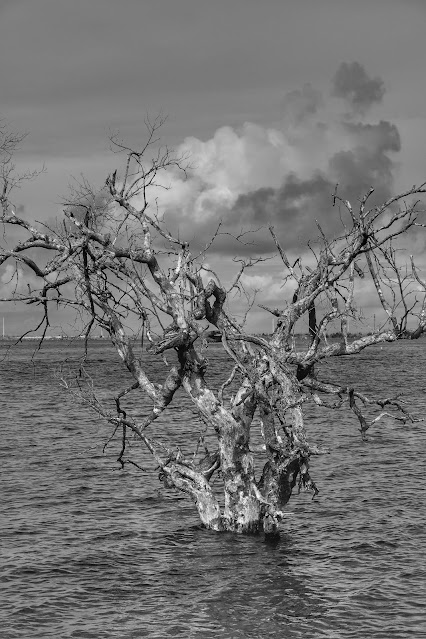 Quite aside from showing me the strength and noise generated by 140 mile per hour winds, an experience I could well have done without, Hurricane Irma also managed to destroy a lot of coastline I was very find of in the old days. No shade, no greenery and no likelihood of rebirth. Oh well. 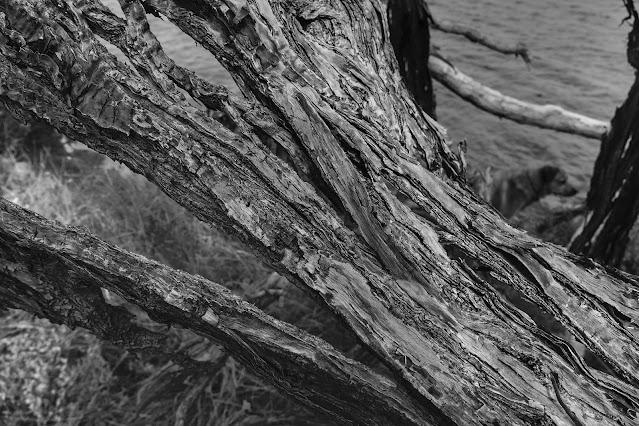 Nothing daunted Rusty set to work. To my surprise he was in the mood to run up and down the narrow coastal path and sniff out the shrubbery. 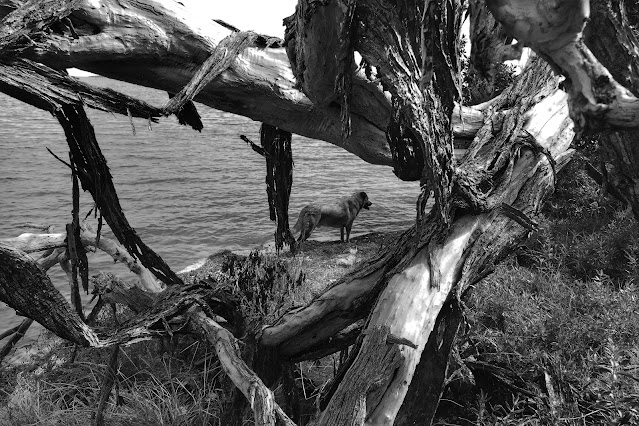 I got to watch boats. 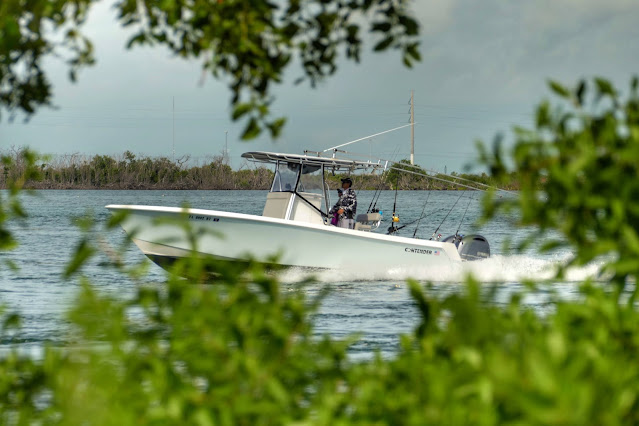 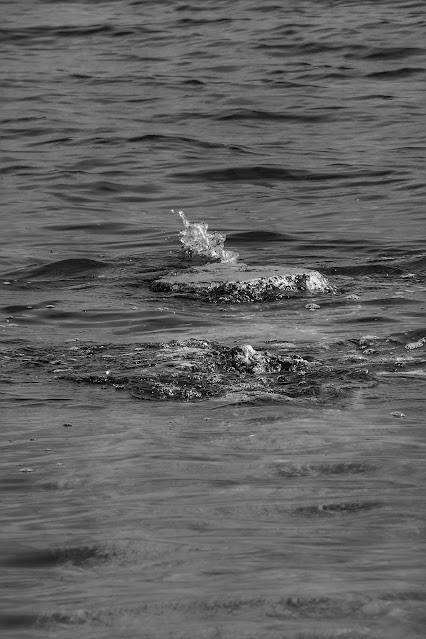 It was a pleasant if rather sweat filled hour of standing around in sun and shade watching Rusty, watching the water, watching the passersby. 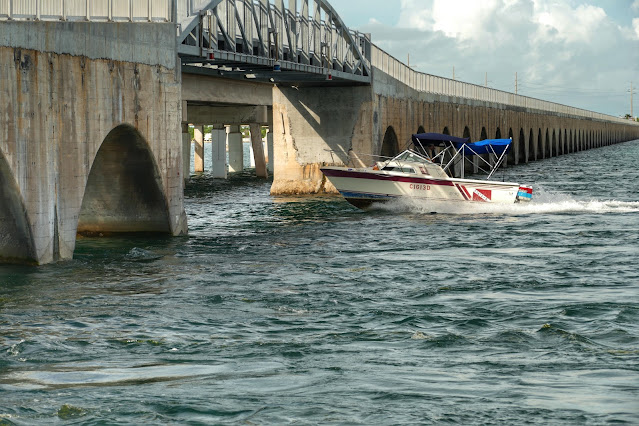 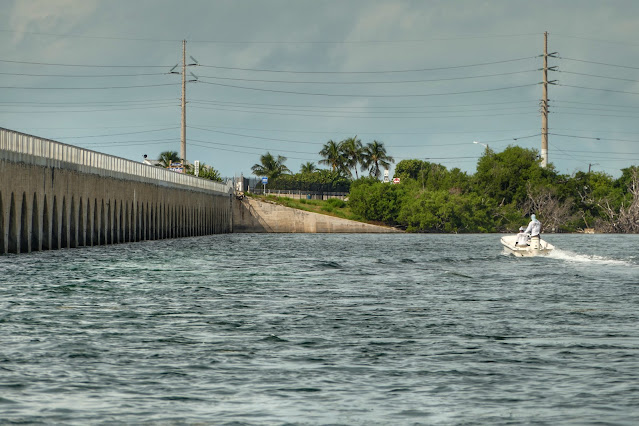 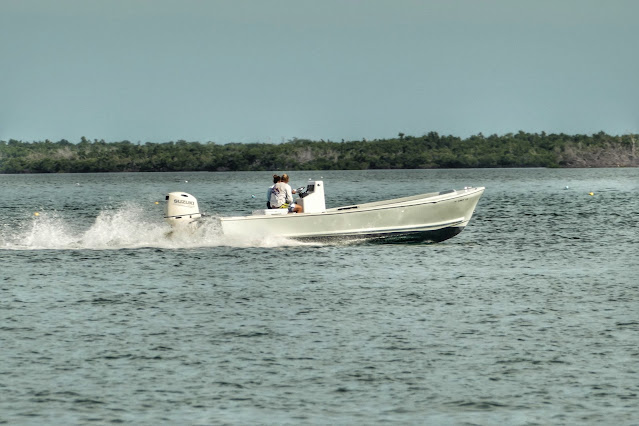 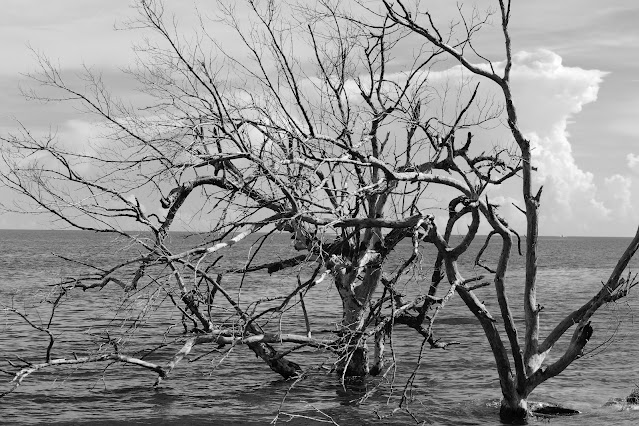 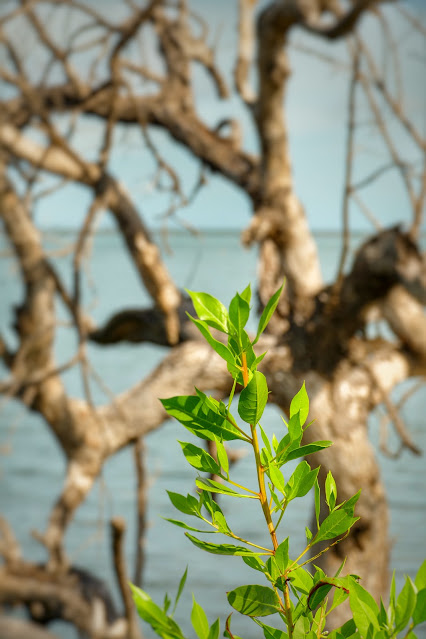 It was just a  small parking lot with a boat ramp but Cheyenne liked it too. She liked to hunt stuff dropped in the parking lot unlike Rusty the wild little street dog. The views, despite the ravages of weather remain the same. You can spend a cheerful time in almost any roadside pull out in the Keys if you have a mind to. 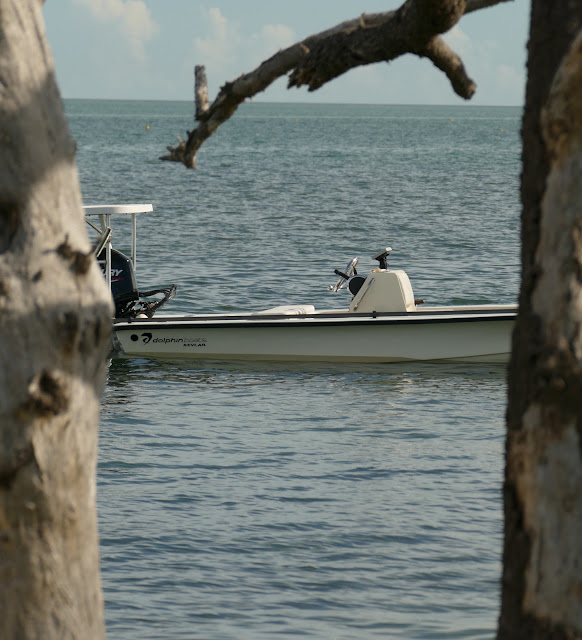 Back home Rusty needed a nap so he got in his current favorite spot and left me to seek out air conditioning and ice for my glass. 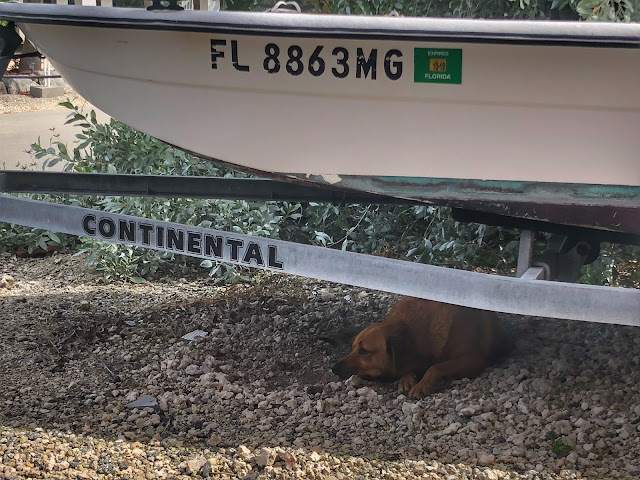 What he's going to do when we get the boat sold is an open question but he is nothing if not adaptable.
Posted by Conchscooter at 12:00 AM 2 comments: