Silly of me I suppose but I was quite surprised or even shocked to see the free city boat ramp at Simonton Beach in use.  And they were launching a sailboat to boot, not just another center console fishing platform. 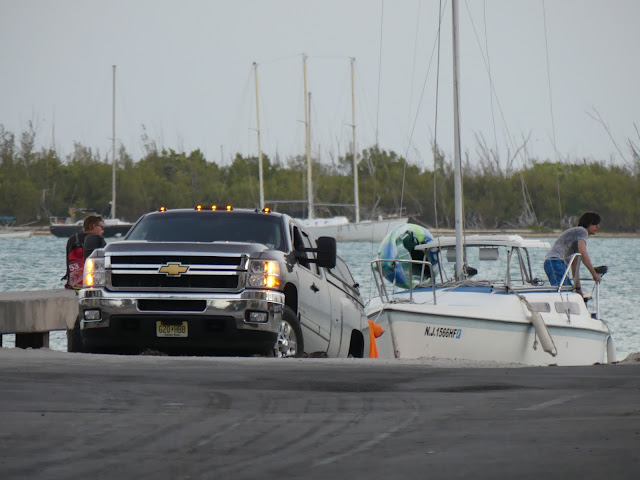 I saw evidence of more radical boating at Blimp Road near my home on Cudjoe Key. Two Hobie beach catamarans getting loaded up on trailers at the free county launch ramp: 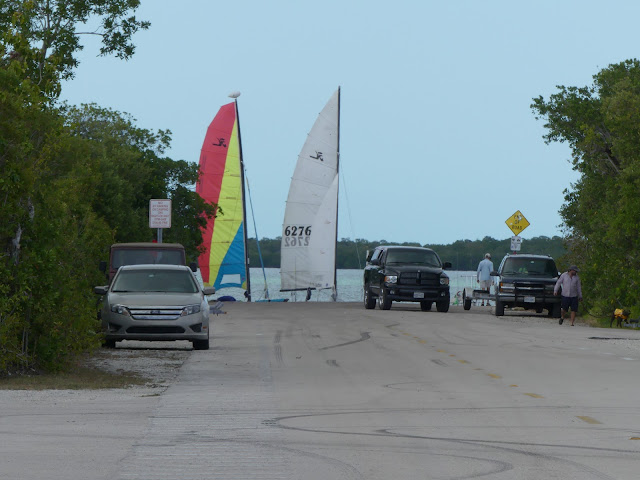 There are lots of ramps available for anyone to use, one of those little remarked features of life in Monroe County. Roadside ramps with no fees or rules or hours or anything. Show up, launch, park your trailer and go sailing. Cool. 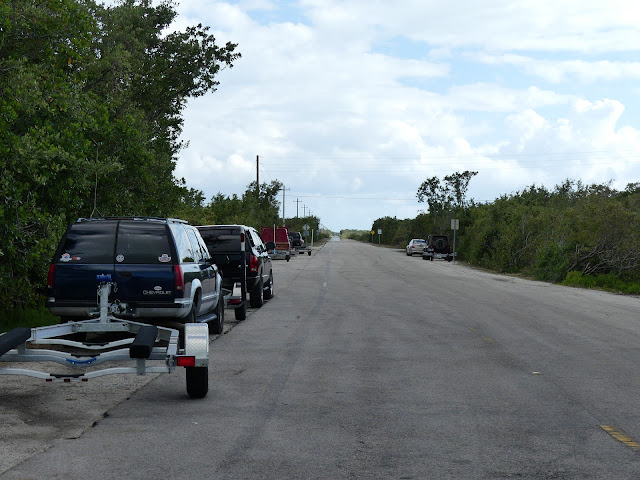 Bigger boats don't have that option but standing on shore I enjoy taking pictures with my Panasonic telephoto lense. 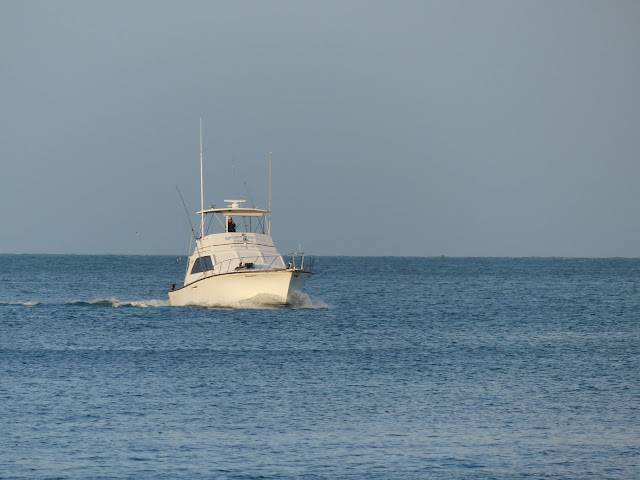 This one below was anchored beyond Sunset Key, well to the west of Key West: 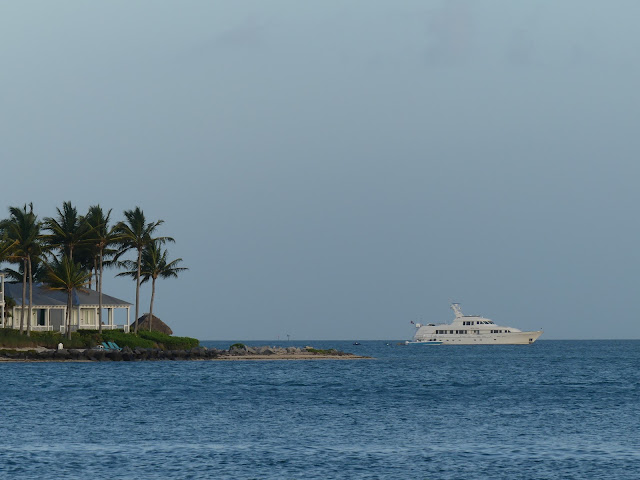 These guys were off for a sail, looking good on their South African built Leopard catamaran. My wife and I sailed on a smaller catamaran than this from San Francisco to Key West and you'd think looking at them I'd feel some kind of yearning to be out there again. There isn't. 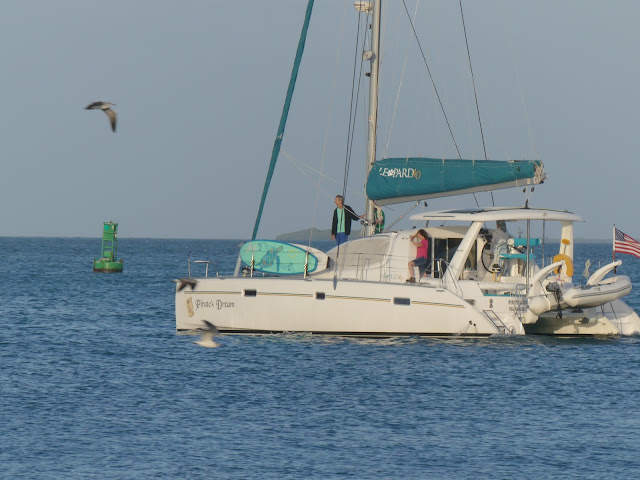 I'm not sure what happened. I think at heart I am a traveler not just a sailor. The prospect of sailing away from key West as we last arrived  makes me think of a trip spent sailing not sight seeing. Sailboats suck up tons of energy in both time and money. They also limit your ability to get away from them and explore on land. Besides all that Rusty wouldn't like it. He shows no facility with weird stuff like boats. 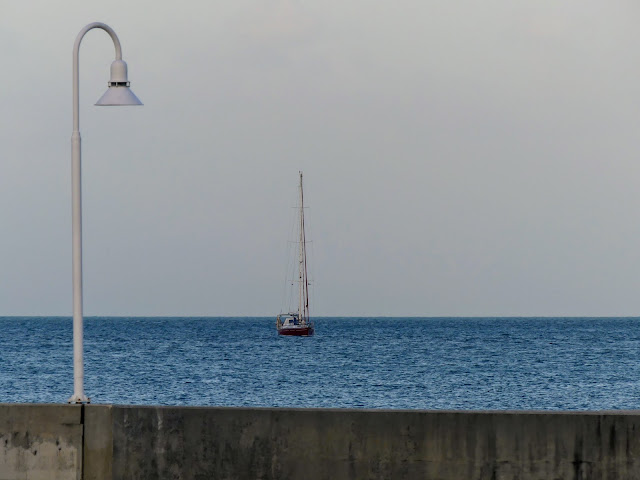 I saw this flag of convenience across the marina at what was the Westin Hotel and is now known as the Margaritaville Resort (not to be confused especially when sending an ambulance, with the Margaritaville Cafe on Duval Street). I peered at the flag through the camera and realized it was an unusual one on a part of the world that flied flags of convenience from Panama and the Bahamas and Bermuda, among others. Flags of convenience are nautical hold overs that allow ship owners to register their vessels in countries that maybe charge low taxes or require no minimum crew payments or have lower safety inspection standards. There's no requirement to actually visit these countries or belong there and these things make sense to people who own expensive yachts as well as cruise and cargo ships. This yacht was flying the flag of Cyprus. Mind you it was opposite the welcome sign to the "Conch Republic" so in effect one fiction was greeting the other. 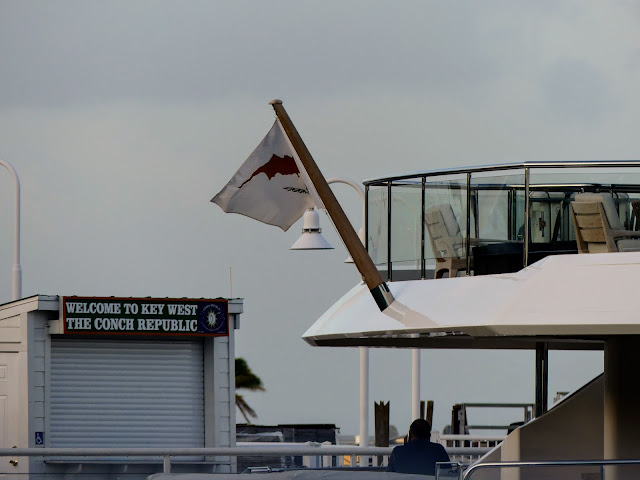 Certainly they can look luxurious at the dock but out on the water pounding into the winds they are as uncomfortable as anything. That's also why owners have crew to do the hard work while they themselves jet off to some other destination. 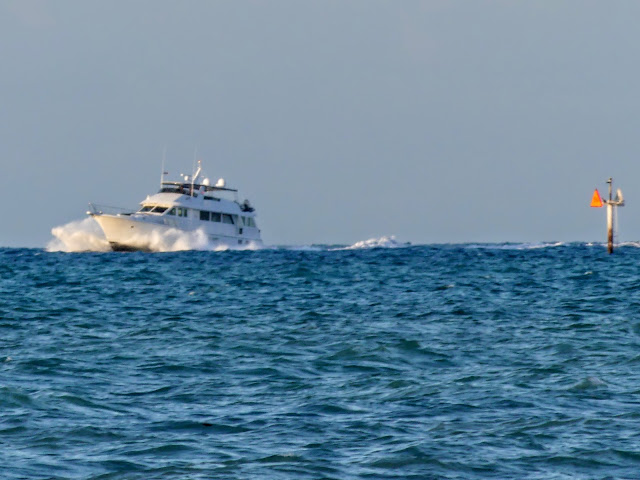 Key West is done for the year, time to find some other fashionable destination.
Posted by Conchscooter at 12:00 AM 1 comment: