My dog enjoying a early morning walk at Ramrod Pool. The heat is getting to Cheyenne these days and she doesn't much like to get out of the house after the sun gets high in the sky. She lounges around on the porch and wanders in and out through her dog door to alternatively cool off and sunbathe as the mood takes her, but walking is reserved for the earliest of early mornings when it is relatively cool. 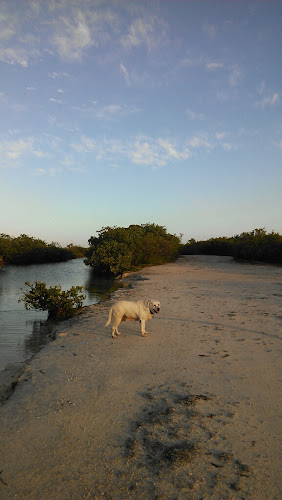 One morning we came across a couple of Key deer on Big Pine behind the post office. This happens a lot as the deer population seem to be doing quite well. Well enough that we've seen a family of them on Ramrod Key where they aren't supposed to live but the population seems to be spreading. Anyway it happened on this particular morning on Big Pine and I had my camera ready to record the encounter. 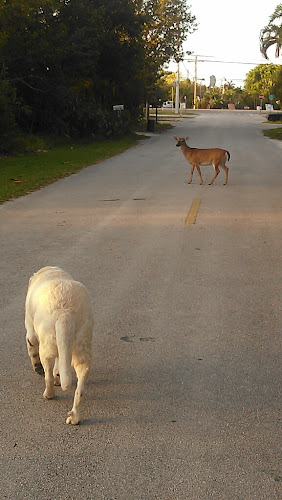 Cheyenne was stumping down the street and a deer popped out of the bushes. It kept a wary eye on my dog, but got no reaction. 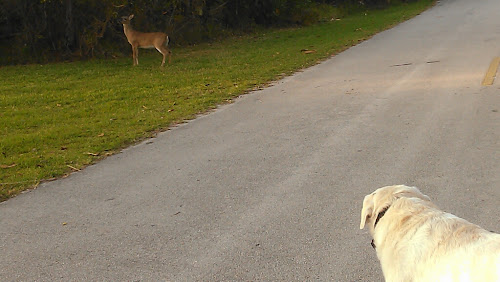 Cheyenne has little interest in meeting other dogs and no interest in deer or chickens, though she is curious about cows when she meets them on the mainland. She walked on by, much to the deer's irritation which for some reason actually started to follow Cheyenne until my presence put her off. 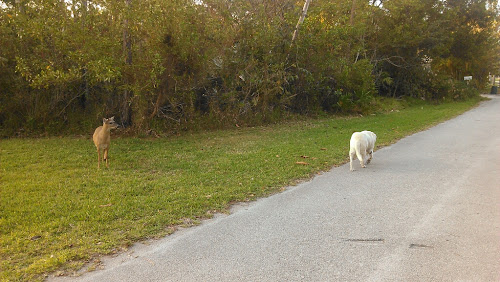 Cheyenne likes to eat grass and I have seen her grazing quite companionably alongside Key deer. 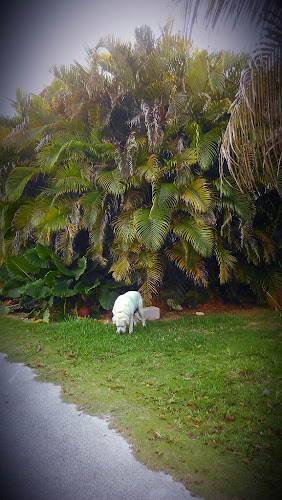 Posted with Blogsy
Posted by Conchscooter at 6:00 PM 4 comments:

The Mystery That Is Fishing

People hate me for, among other things, living in the Keys and not enjoying fishing. This is an angler's paradise, I'm told, but to me the thought of standing around and waiting for a fish to commit suicide on my hook is an even worse thought than sitting around at my desk waiting for someone in agony to call in and ask for help. I make money doing that, as weird as that is, but fishing for fun? I'd rather crush my gentleman vegetables in a vice. At least that would be done in short order. Fishing takes forever at vast expense in dollars and humanity. 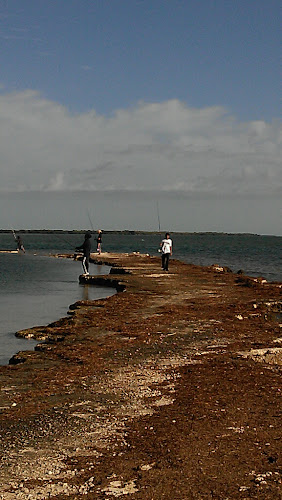 If you can imagine it people get in their cars in the suburbs of Miami and drive to these spots and spend their precious weekends camping unsalubriously under bridges and behind sea walls living like Bosnian refugees with their wives and children and all their impedimenta. They fail to bring toilets with them so as a result the bushes and trails suddenly sprout toilet paper flowers in the vicinity. All this to catch fish. 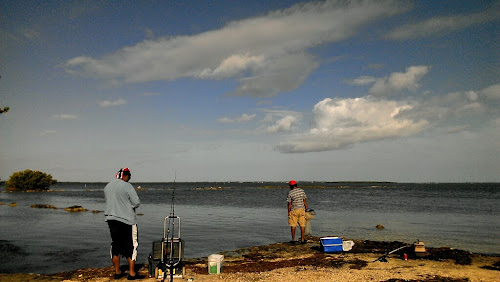 There they stand pitting their wits against the wits of the fish. When they catch them they suffocate them slowly as though the suffering will infuse the fish meat with added adrenaline and agony and they feel proud of themselves. Well, I hate to break it to them but fish have brains the size of... some extremely small object. Pit your wits against a really angry mother grizzly bear and try beating her to death with a bamboo rod. That would even the odds out a bit. I have tried fishing and it is about as interesting as watching a piece of plastic line hanging in the water, fancy that! In my world that rates pretty low on the entertainment scale. When you catch one of these half witted fish who think that there really is such a thing as a free lunch without a hook buried in it, your rod tugs and jerks as the poor bastard fish tries to regain the wild water it came from. Pull it out and it starts to suffocate and looks at you with one desperate eye as life starts to drain out of it and it's wild flashing colors fade to gray in its death agony jerks as it fights to breathe. Why not hit it over the head and kill it mercifully? God knows and perhaps when judgement day comes anglers will be suitably chastised. Until then...fish suffer and fishermen crap in the bushes. Oh well. 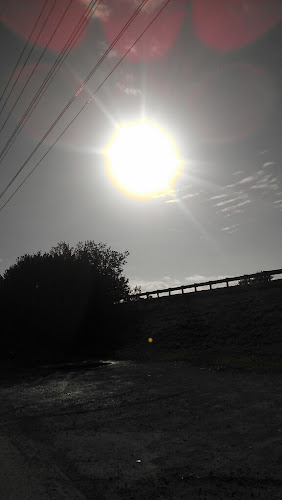 Yummy fresh this morning! And almost no effort or expense spared to catch it. Give me Horsemeat or give me Death.

Posted with Blogsy
Posted by Conchscooter at 12:01 AM 19 comments: