I know summer has arrived in Key West; the bums have gone. 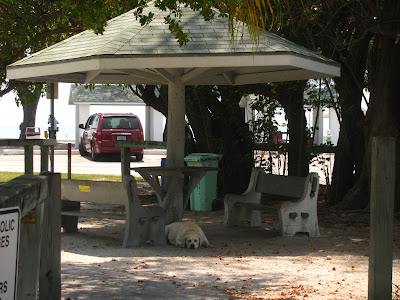 The Tiki hut where my dog is seen taking her ease is occupied all winter long by a group of more or less noisy gentlemen of the highway who come south to enjoy winter and disperse Up North when the season is over. That they are gone is proof positive that winter has fled. 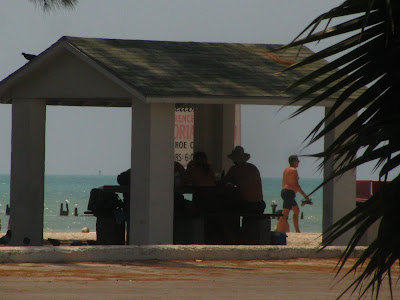 Year round residents find themselves edged out of the amenities by a combination of residentially challenged and busy snowbirds but now the free beach on the south shore of the island is a family destination. More or less. 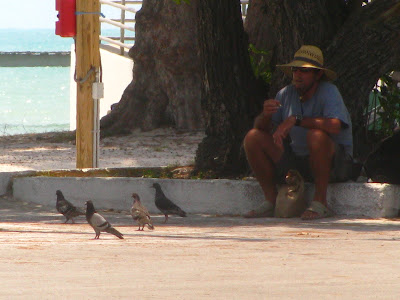 Temperatures in the middle of the day last week were hovering in the mid 80s, warm enough to keep sensible dog owners out of the dog park. We had it to ourselves and Cheyenne pottered along sniffing and pausing and sitting for a while in the shade while I read the newspaper. 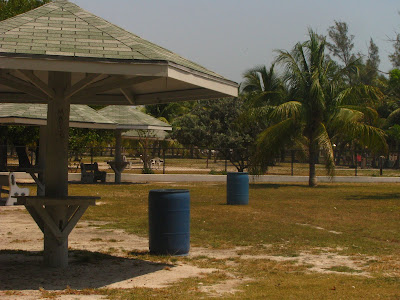 I am told seawater temperatures are rising rapidly and several Conchs have mentioned that the ocean is now comfortable and warm enough to actually swim in. I must refurbish my outboard on the skiff. Certainly the water looked inviting: 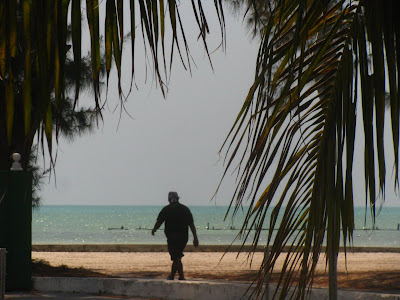 I saw a bunch of people painting and they gave Higgs Beach a civilized air, Edwardian ease, as they dabbed their canvases. In the sort of odd coincidence that peppers life in these small islands, I saw these people gathered a while later on Ann Street perhaps transported by tour bus, back downtown. 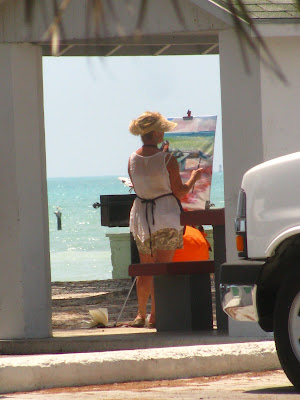 The welcome shade of a non native coconut palm. 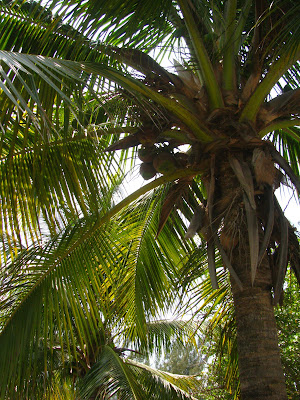 They come to look and are whisked through the park with a brief shout out about the White Street Pier, the African cemetery and the Martello tower fort. Then they are gone... 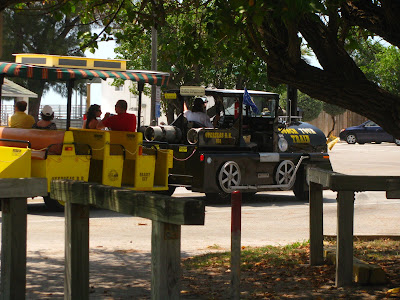 On the subject of the African cemetery, a recent addition after remains believed to be those of slaves brought ashore from an intercepted Spanish slave ship and essentially left to die on the beach but for the intervention of the post master of the time. The discovery of more remains is leading some people to think parts of the dog park may have to be assigned to an expanded cemetery...What better way to spend a vacation than in the Keys on a bike with no shirt? 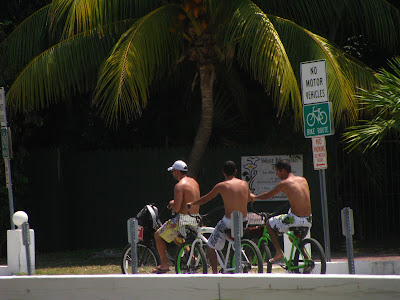 Astro City is a fenced in sandy playpen for small children and patient parents. 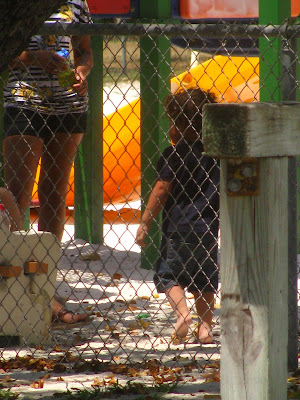 Casual scootering in the sun. 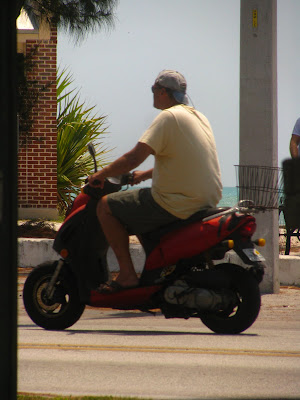 And then there is that other 19th century style of travel, by sail. 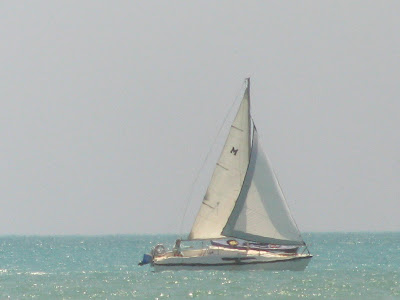 I walked Cheyenne back to the car after she had taken her fill at the dog park water fountain and she flopped eagerly on the back seat of the air conditioned Fusion. 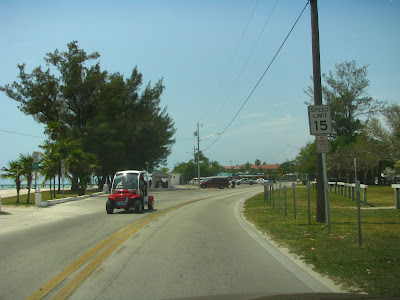 We drove round to Higgs Beach from White Street and this is what the place looks like from the road. Mind the speed limit, I have known people to get tickets here...
Posted by Conchscooter at 12:01 AM 3 comments: