I may be stereotyping here just a it so color me a cultural Imperialist but I'm pretty sure most of the people sunbathing on Higgs Beach earlier this week had no idea there was an art exhibit right next door in the old brick fort. Perhaps my opinion is supported by the quantity of beachgoers versus the handful of people inside the fort, or perhaps they spent their morning enjoying the flowers and sculptures, and by the time I got there on my lunch break they had all finished with the artwork. 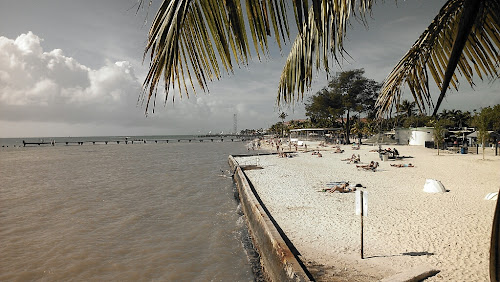 I like the West Martello Tower, a 19th century brick coastal fortification designed by an Englishman of that name. There are two in Key a West along the southern shore bad this one is rather less well preserved than the East tower near the airport, which houses a museum. The West Martello Tower houses the Key West Garden Club, which gives it a rich tropical air. 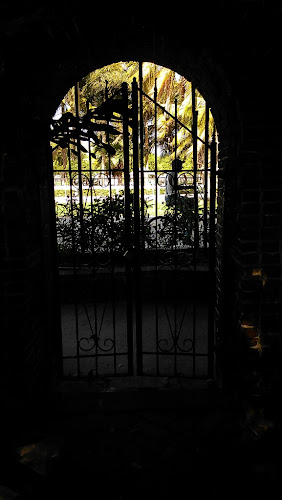 This tower is much closer to the Fort Zachary Taylor state park, also home to a fort at the southwest corner of the island. As the West Martello was unoccupied the artillery soldiers at Fort Zachary amused themselves by using it for target practice. The 19th century canons did a fair bit of damage to the Martello Tower and townspeople used the bricks for their own building projects. The military housed soldiers here in the Spanish American war and used the fort as a radio base in World War Two. In 1947 the Navy handed it over to Monroe County and instead of levelling it they gave it to the garden club in 1949 and there they still are overlooking the Straits of Florida, and as it happens the White Street Pier. 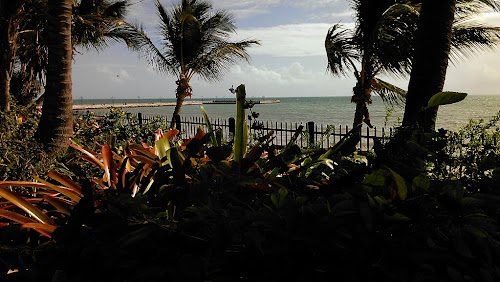 It is a lovely spot and it is free, though they do ask for a donation, whatever that might be. I like this place a lot. 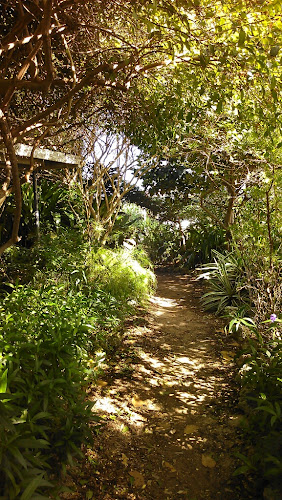 Some idiots like this place so much they profess their love in graffiti. 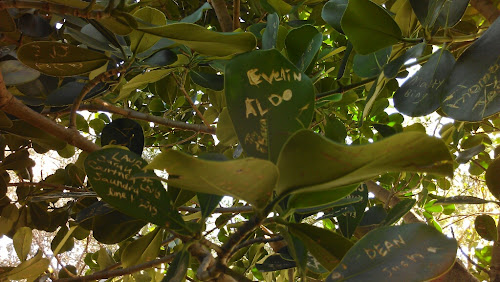 There are indigenous plants in the fort and other weird looking plants as well. 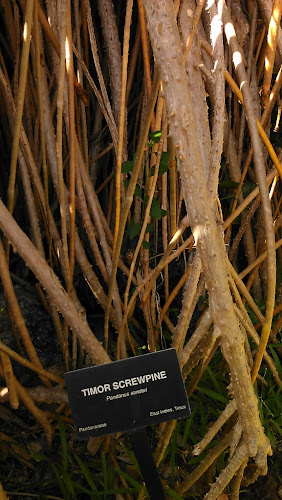 God knows what they think of these in Timor but I like them a lot. 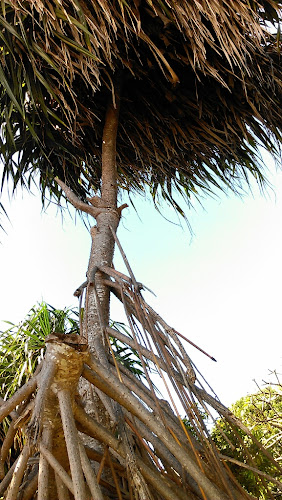 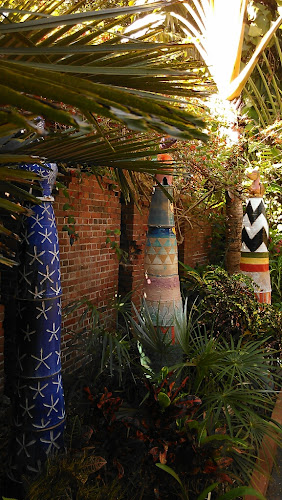 Justin Long's long winded It's better to burn out than fade aweigh. 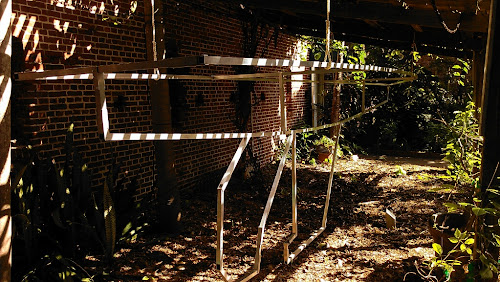 These brilliant creepy Shadows by Liliana Crespi in crotcheted wire were my favorites. 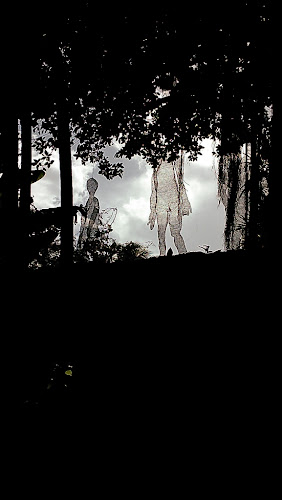 They were creepy too but very effective and thought provoking I thought. 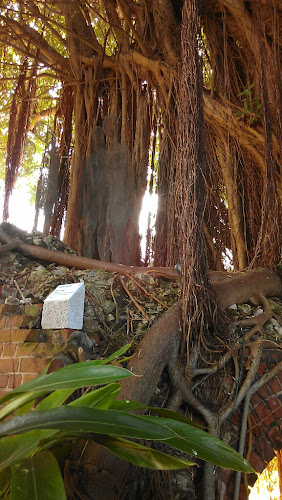 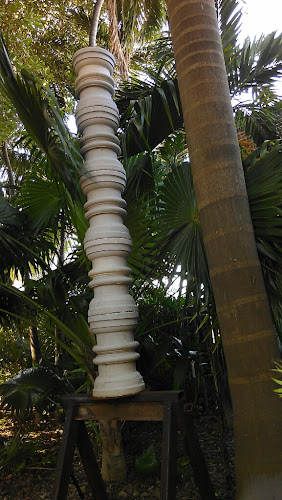 John Martini's A Blakean Tale in welded steel. To me it looks like it was inspired by Munch's Scream but Blake had plenty of nightmares of his own. 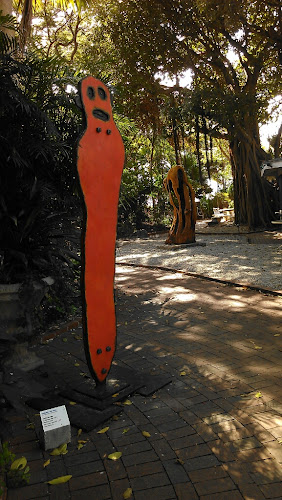 Every annual sculpture exhibit seems to have a piece or two dedicated to exploring circular shapes and this year we have this, Semi Circle 1 by Simran Johnston. 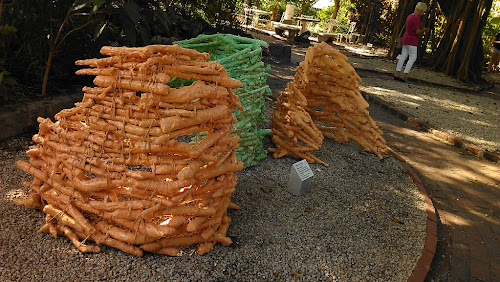 I've photographed local sculptor Bill Lorraine's pieces previously at the Studios of a Key West, and here I took picture of Man Looking Up. This one puts me in mind of Easter Island. 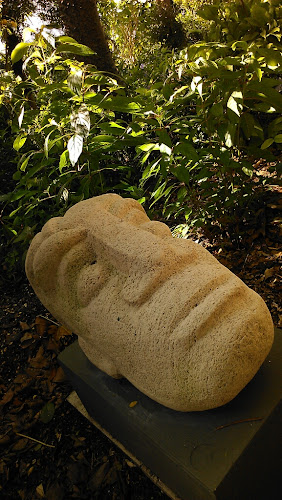 Gran-ANT by Craig Gray in steel concrete and granite. I was thinking about the movie Mant set in Key West starring John Goodman. 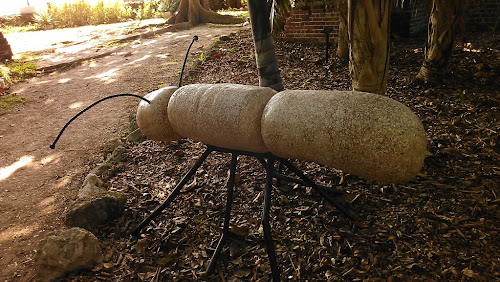 Eric H Trofkin created steel tubing in the form of Communications Vine. They put it in the perfect spot. 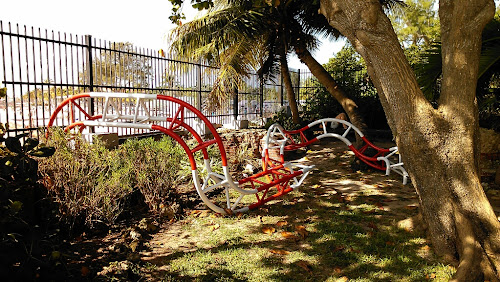 Ursula Clark's Palm Goddess was to my mind a much richer sculpture when seen in three dimensions. A photograph doesn't do it justice. It has height and a "full figure" with lots yo attract the eyes all around. In the picture it looks a bit like a paper cut out. 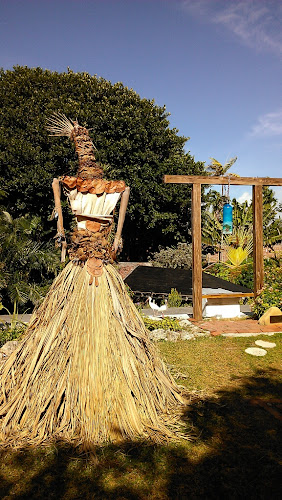 I have missed out a bunch of stuff on display and I guess that means I will go back. Or better yet if you are in Key West before April go check it out. 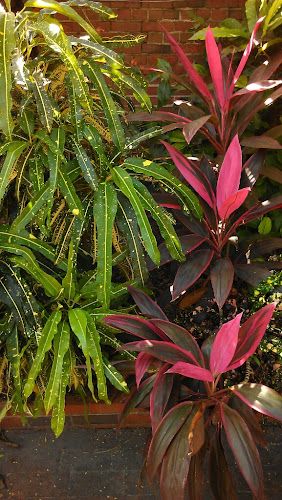 I really like this place. Check a few random pictures. 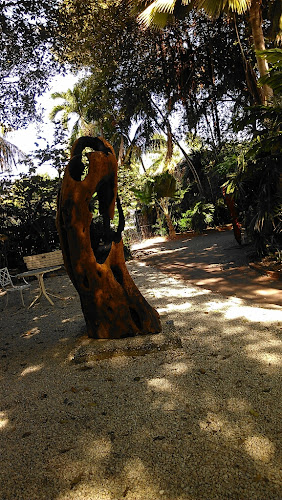 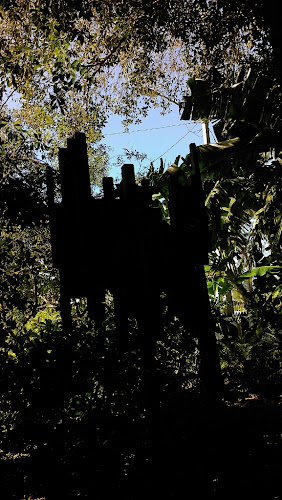 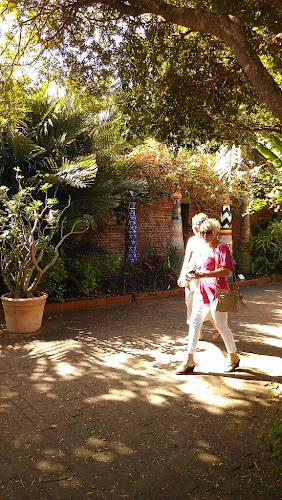 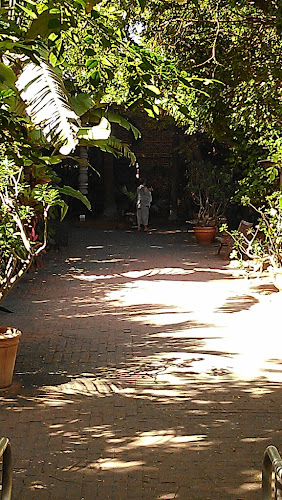 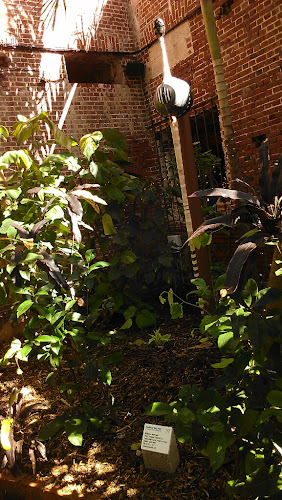 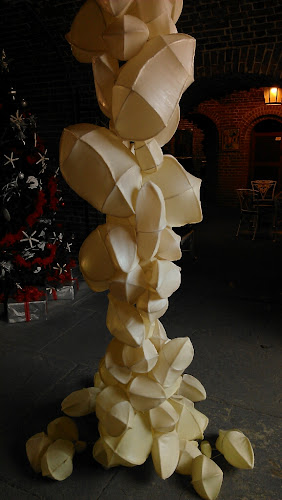 Yup. It really is worth a visit, anytime of year.