A weird thing happened when President Trump came to town for a few hours. The gay community got mad. I don't mean individuals but there sure was a lot of shouting on Facebook. I was quite surprised. 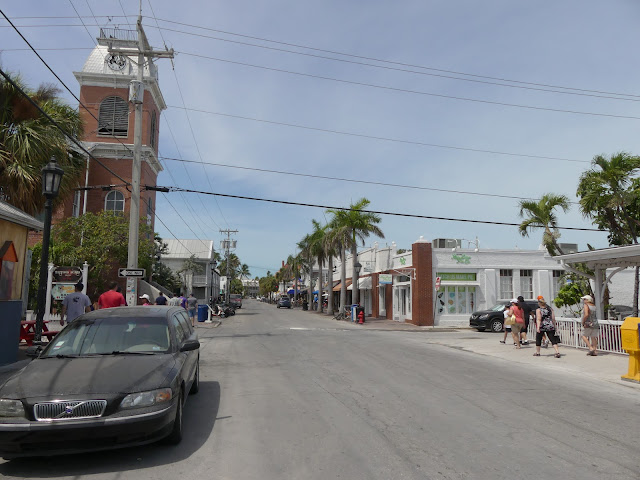 It happened that in 2003  a rainbow flag was made that stretched  on and a quarter  miles to reach all the way down Duval Street. It was  held across Key West to mark the 25th year of the creation of the gay symbol. This gesture gained a notoriety all its own far beyond the simple extravagant display of the flag which has been housed at the Key West Business Guild, which is known in shorthand as the Chamber of Commerce for gay business in town. Like so many labels it may be a little too broad or not specific enough but you get the idea. 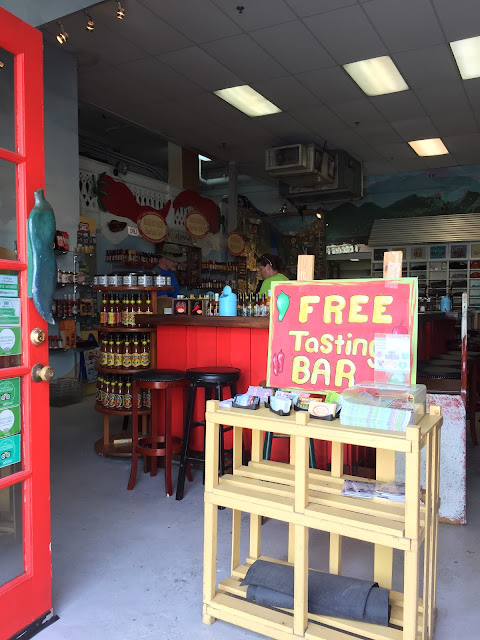 It cannot be said today, if it ever could have been said, that Key West is a bastion of progressive left wing culture in the Keys. Certainly there is a higher percentage of registered Democrats than Republicans in town but not by much. Like so much about this town a lot has changed but the perceptions of Key West change least of all. So it was that when that most polarizing of presidents came to town half the population wanted to cheer and the other half wanted to boo. And curiously enough in the middle of this line sat the Business Guild. 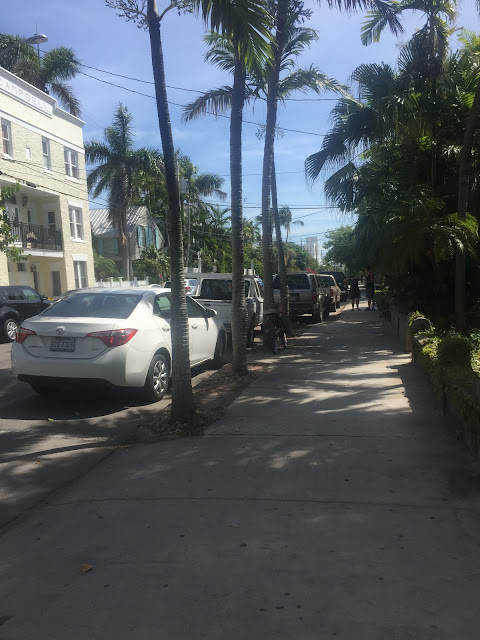 How that happened is hard to say but that flag got caught up in  a giant row, so big that even I who lives on the margins of society noticed it. The left wing voices in the gay community wanted to display a portion of the flag along the clearly marked route of the very secret motorcade through town. The guild said no in a very stern tone. Outrage ensued. 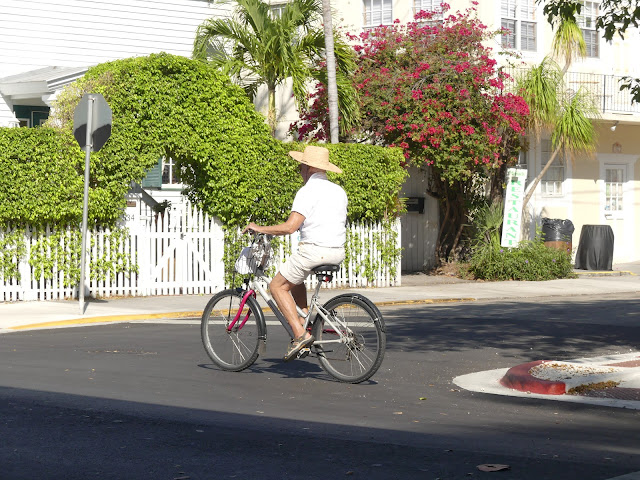 I am not gay and I have no idea what the internal machinations of this feud will look like. The "One Human Family" banner has been looking increasingly tattered as the demographics of Key West slant to the one percent, but I was sorry to see this public row around the guild and the flag and so forth. Neutrality was the goal of the guild and polarization seems to have been the result. Further proof if needed that we live in difficult times. 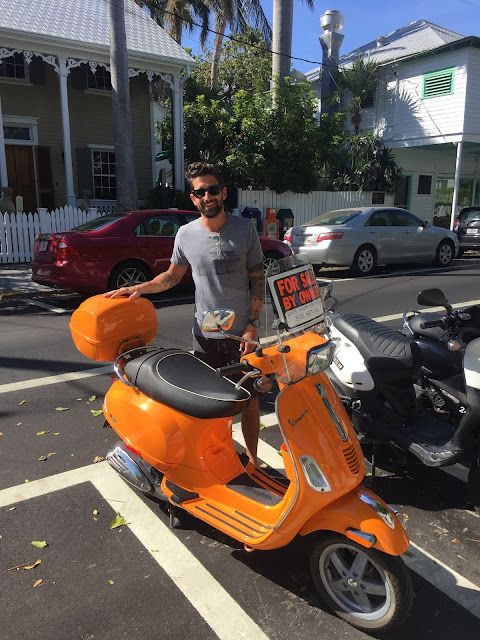 The good news was that my Vespa sold to a nice paterfamilias who had longed to replace his Kymco with a genuine Italian Vespa. The scooter will be cherished and they promised me first refusal in the unlikely event they sell it. I was sorry to see it go. And I cannot refrain from juxtaposing the formerly my crisp orange scooter with the mobile junk heap of some Key West character who got left behind in the rush to gentrification: 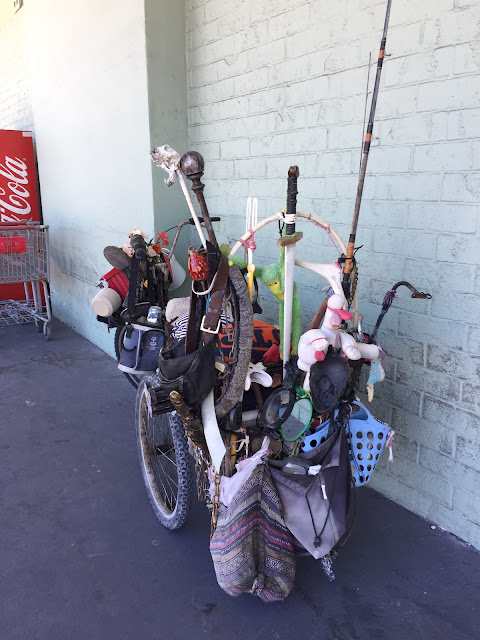 
The Key West Business Guild (KWBG) is a nonprofit organization devoted to promoting Key West to LGBTA travelers. We provide comprehensive information about Gay Key West and promote our member organizations to a national and international travel market. This work helps to attract about 250,000 LGBTA travelers here each year, earning Key West the well-deserved reputation as one of the most appealing gay-friendly destinations in the world.
Begun in 1978 to encourage summer tourism and support Key West’s gay community, the KWBG was the nation’s first gay-oriented chamber of commerce. From a small original membership, it has grown to include more than 450 enterprises representing virtually every facet of the island’s business community.
Today, the Key West Business Guild ranks among the nation’s leading gay business associations, and its marketing efforts, supported by the Florida Keys Tourism Development Council, incorporates a gay marketing specialist and an award-winning advertising campaign.
Posted by Conchscooter at 12:00 AM 1 comment: