Looking out across the harbor I saw a boat at anchor, the white anchor light properly light and the dinghy tied up close along side. All very trim just off the south end of Wisteria Island under threatening rain clouds. Nothing like being stuck all day on a boat at anchor in the rain. Romantic at first, tiresome by tea time. 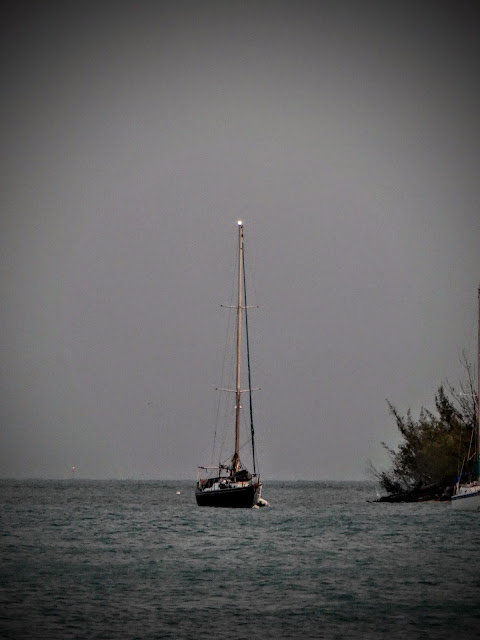 I was standing on Simonton Beach watching Rusty sniff and focusing my telephoto and any object worth my curiosity. I don't miss living on my boat even though sometimes it looks tempting to live away from the crowds I did it for many years and the hassles are many in their own right too. Ultimately we all of us live dependent on land. 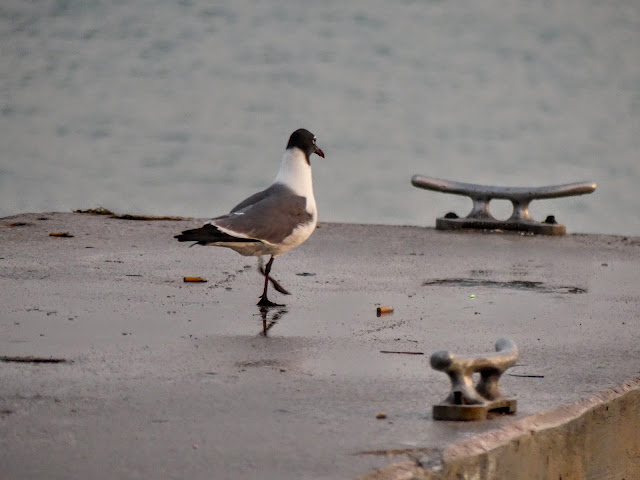 The Pier House was the first of the resorts built along the waterfront. David Wolkowsky the developer is still alive as I write this and has an short street named after him near Mallory Square. He used to live on an isolated island seven miles west of Key West but the effort and advancing years forced him to a more conventional situation in town. I find the fantasy of a private island, like living on a boat to be a fantasy filled with untold effort. I have never lived on a private island so my speculation about the lifestyle is predicated on my experience of living on a boat...similar and equally inconvenient. 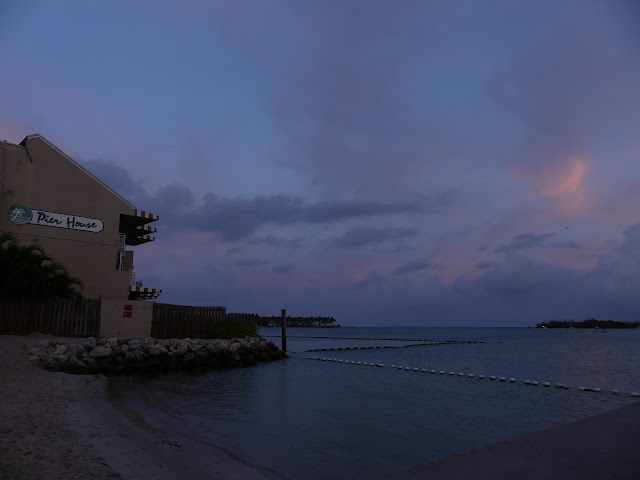 That other island off Key West which offers no privacy at all unlike Wolkowsky's distant Ballast Key is the lump of reclaimed harbor dredgings called Sunset Key visible across the water. This lot was developed by the creator of the Westin Resort with houses built in the "Key West style" on an island minus chickens cats or ordinary people. 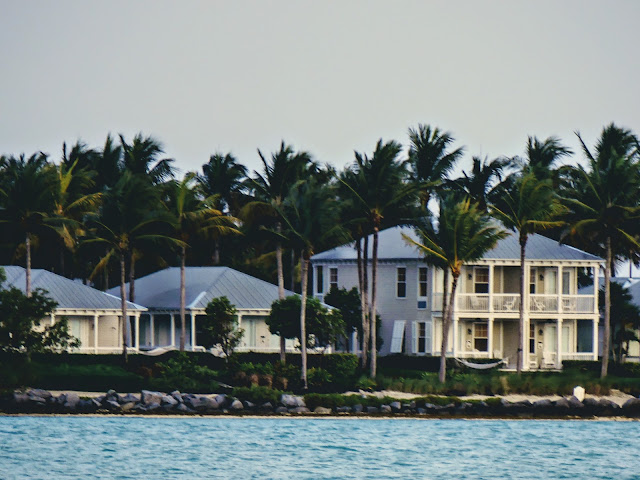 I found this paragraph on Wolkowsky in Wikipedia:


David Wolkowsky grew up in Key West and Miami and received his degree from the University of Pennsylvania. After college, he began to restore buildings in the inner city of Philadelphia. He is credited with starting the rejuvenation of Society Hill and Rittenhouse Square in that city.[3]
Wolkowsky visited Key West in late 1962, after the death of his father, Isaac Wolkowsky. The family had a few properties in "old town" Key West and Wolkowsky decided to "retire" to Key West at the age of 40. Unable to sit still, he rescued a condemned bar on family land on Greene Street, which was the original home of "Sloppy Joe's" of Hemingway fame. From there he developed property on lower Duval and Front Streets including "Pirate's Alley" and the "Original Cigar Factory". In 1963, Wolkowsky accomplished a major real estate coup by purchasing, for $106,000, the old Cuban Ferry Dock, choice waterfront property near Mallory Square.[3]
Wolkowsky lifted the 1890 Porter Steamship office off its foundation and moved it 300 feet (91 m) out, setting it on pilings in 40 feet (12 m) of water. He transformed the Steamship office into "Tony's Fish Market", a restaurant and cocktail lounge where guests could watch shrimp boats in the channel on their way into port.[4] He is credited with putting Key West on the road to being a major tourist destination. 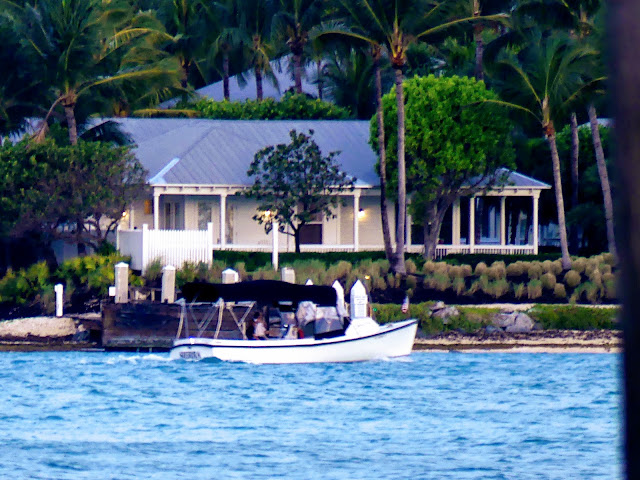 And then the ferry to Sunset Key churned by and Rusty was ready to leave and so was I. The rain held off and eventually dried up. We went home to breakfast and the Sunday newspaper. Much better than a boat.
Posted by Conchscooter at 12:00 AM No comments: