Rusty came to my wife bleeding from his front paw. She wrapped it in a towel and drove to Marathon on Thanksgiving Day. 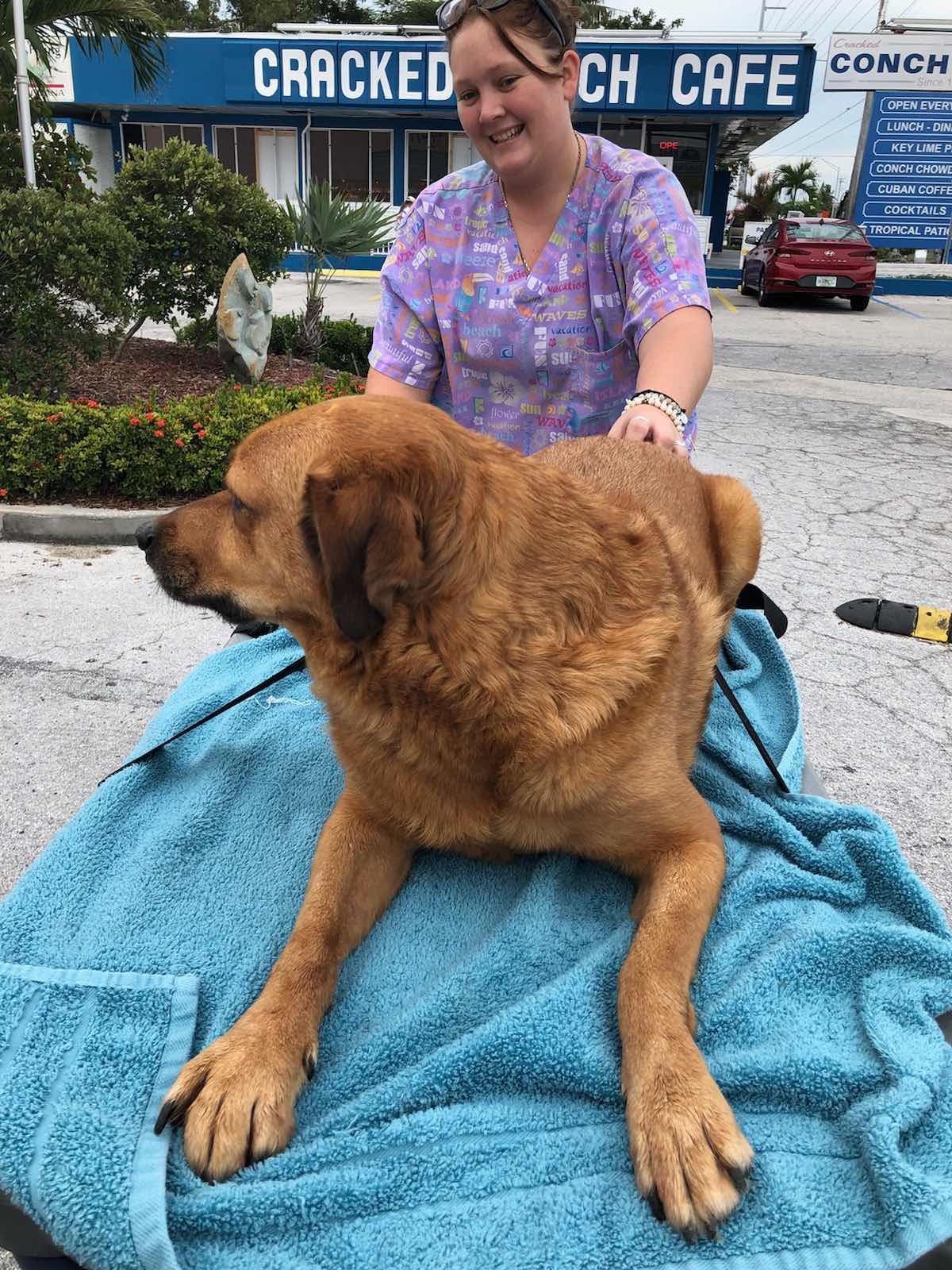 The day started out normally with his usual walk and plans for a afternoon with friends at dinner. I stayed behind and got a picture showing a happy dog. 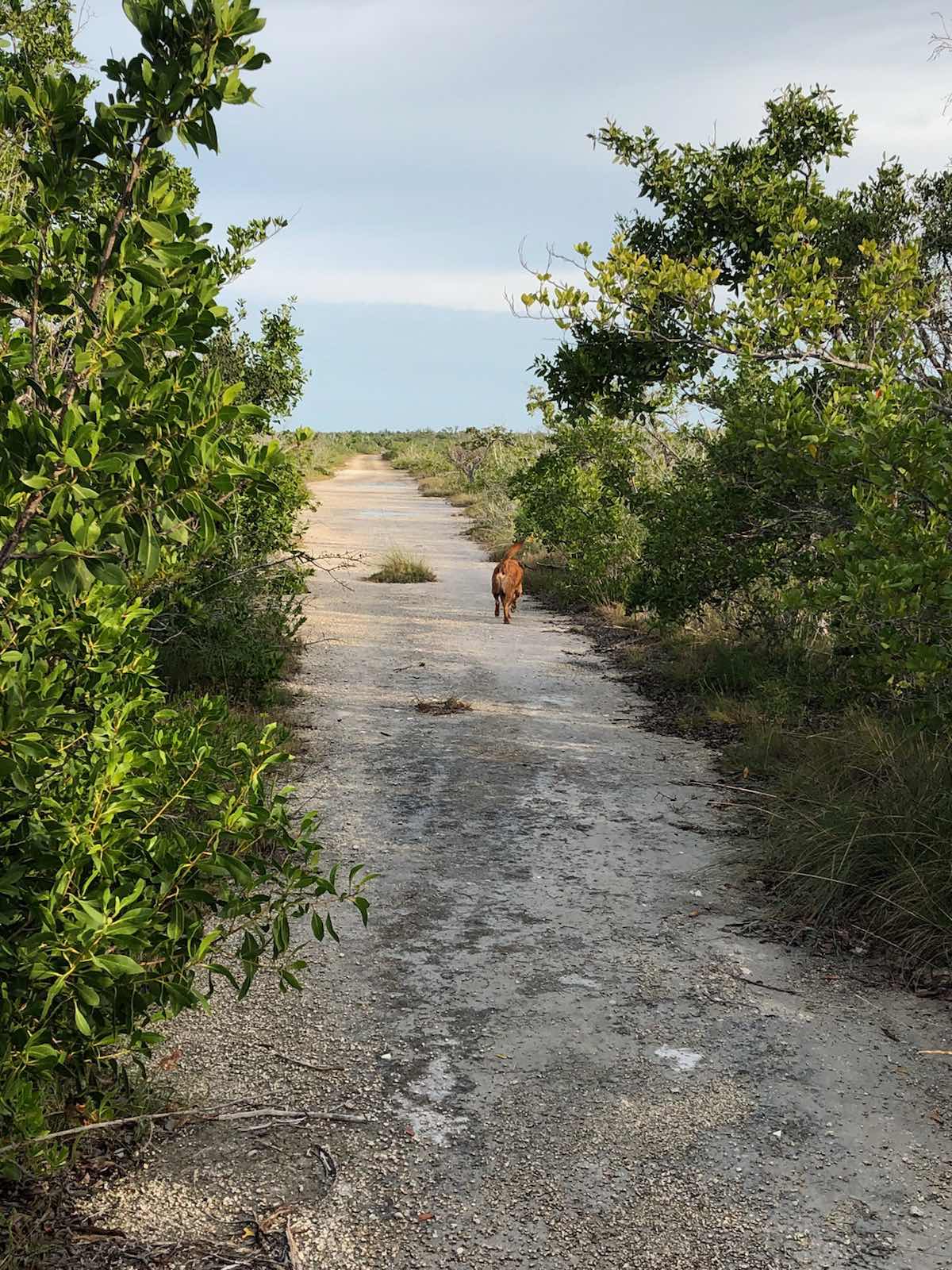 My wife has been really good about bringing the outside world into my rehab life. Lots of pictures. A while later she said she was taking him to the twenty four hour hospital in Marathon. That took me aback a bit but on arrival with the blood flow dried up and the back of the car looking like a slaughter house they took him in for surgery almost immediately. 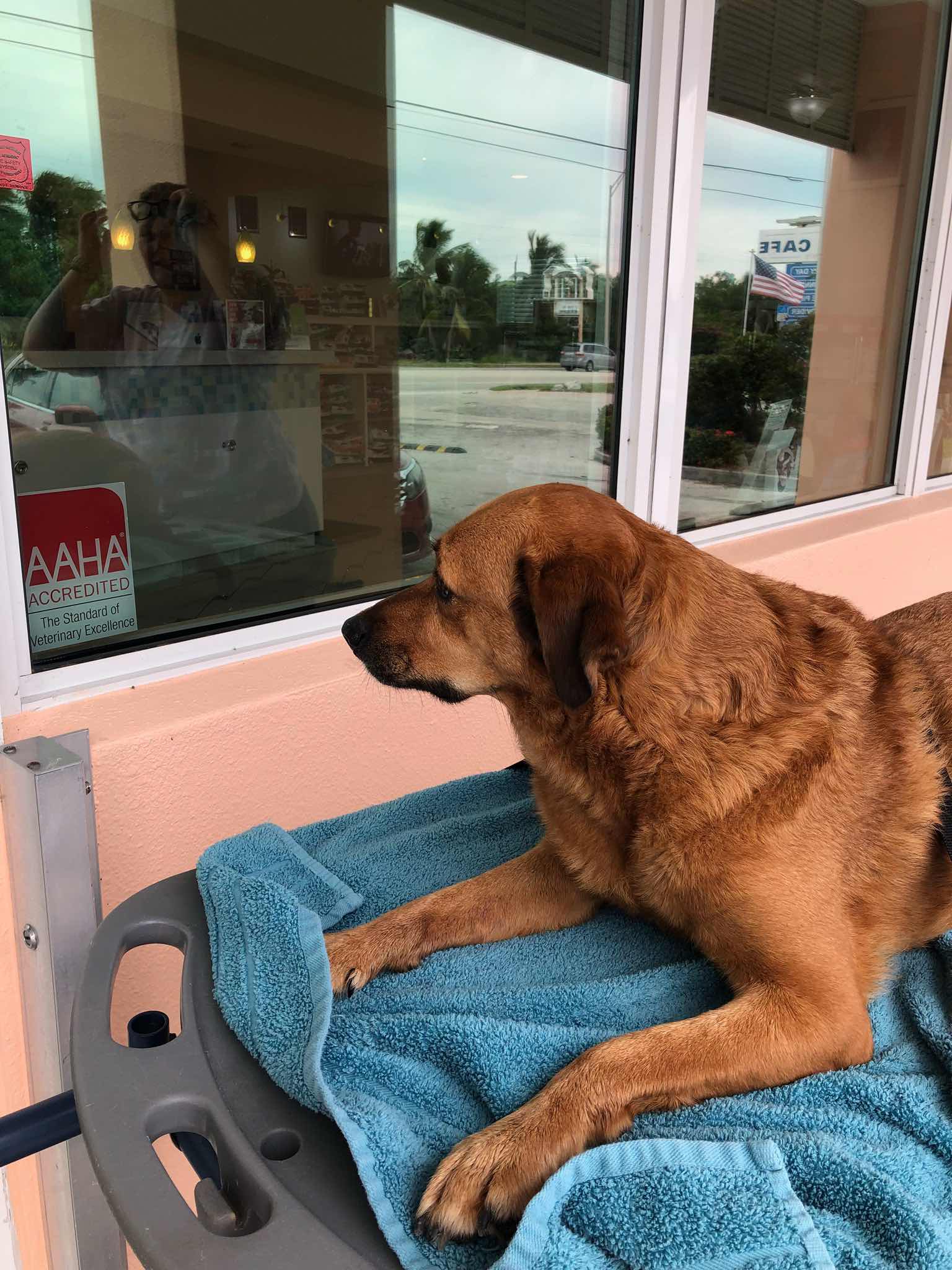 He tore a tendon on his walk and they said they weren’t sure if they could put it back together. An hour later they said all was well and with care he would be fully restored. 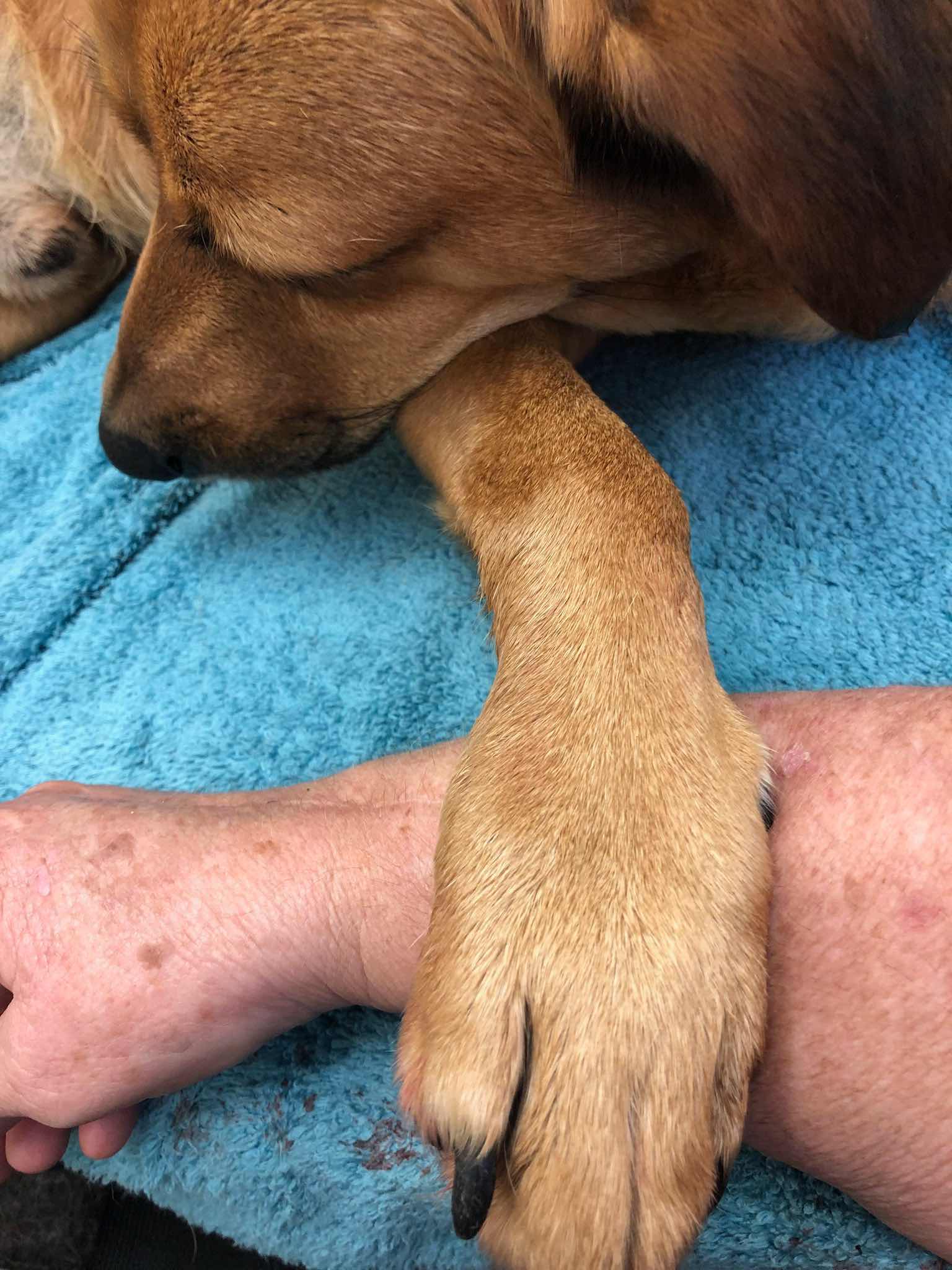 At this stage he is pretty quiet and we are watching his bandaged paw for signs of swelling. 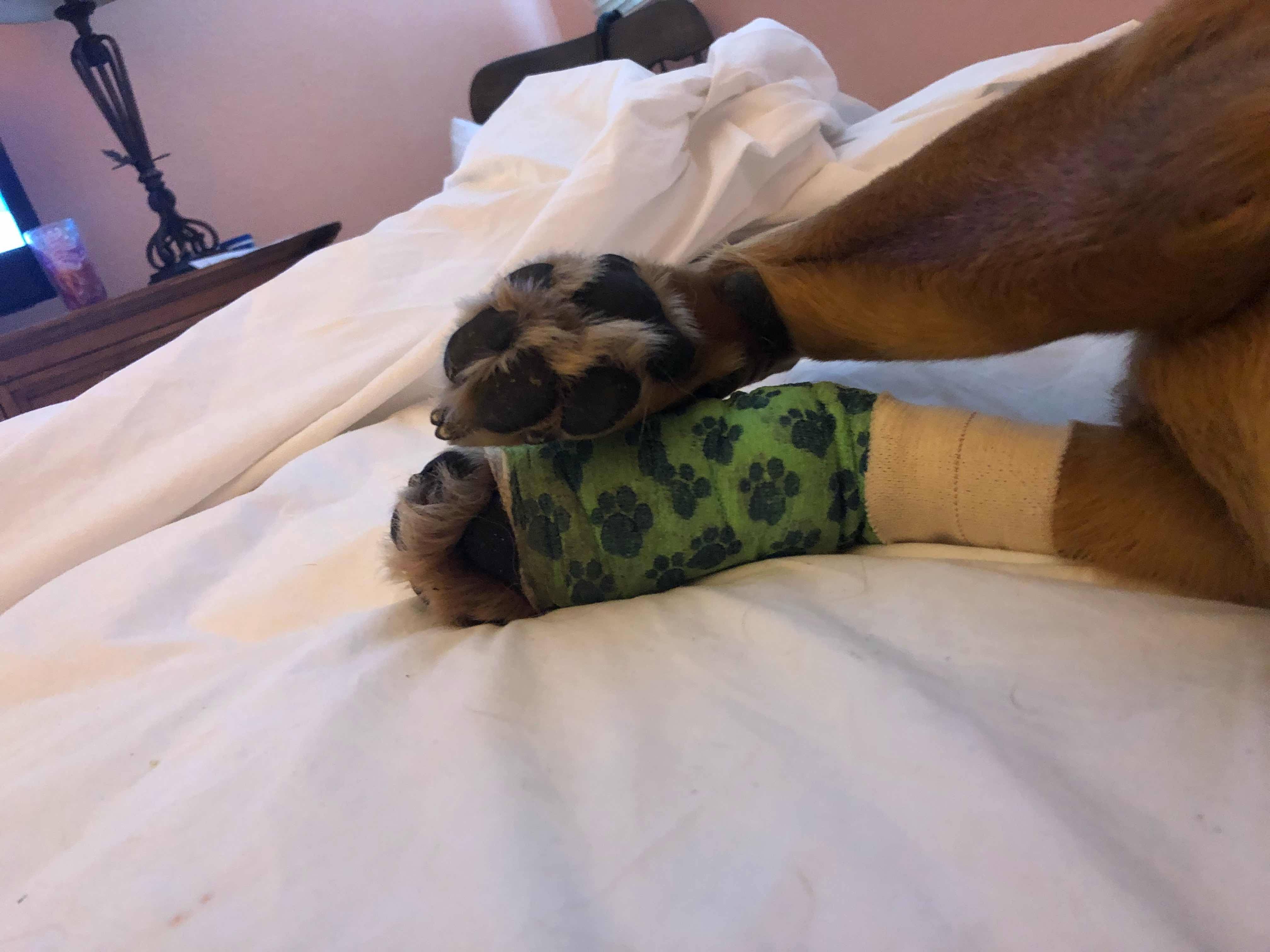 Thanksgiving evening Rusty slept in the car while we ate. Layne slipped out repeatedly to check  on him but he was passed out. 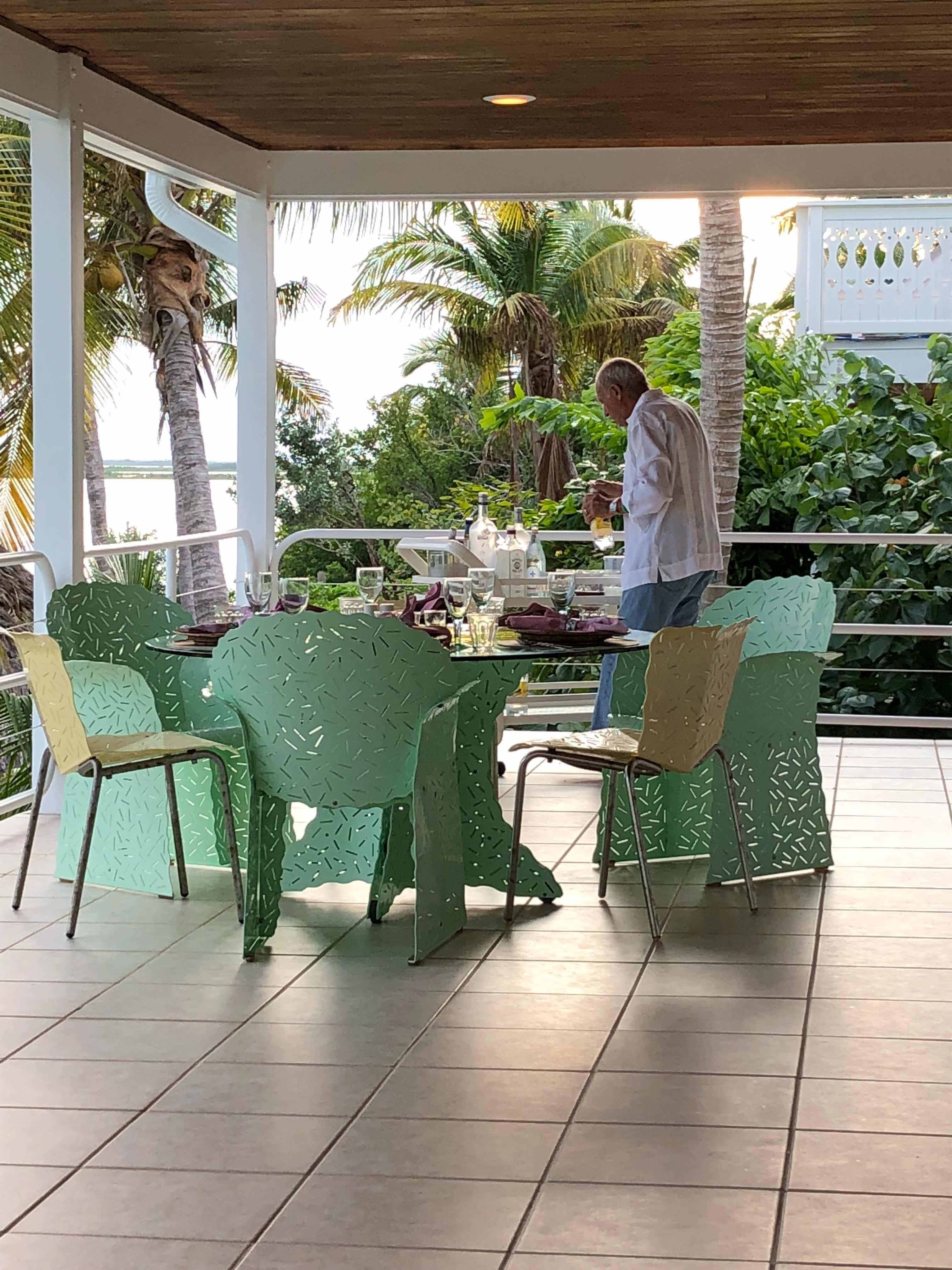 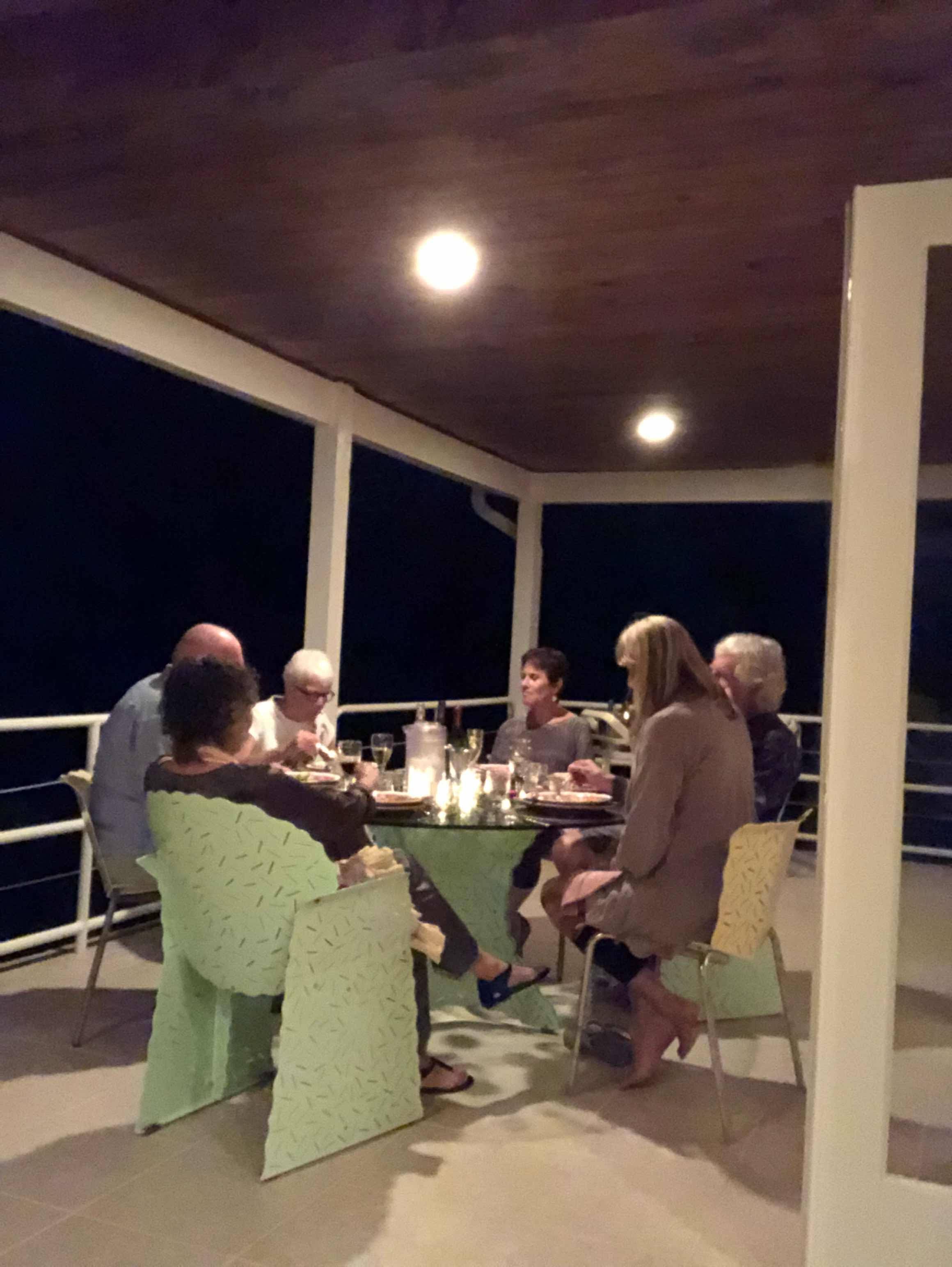 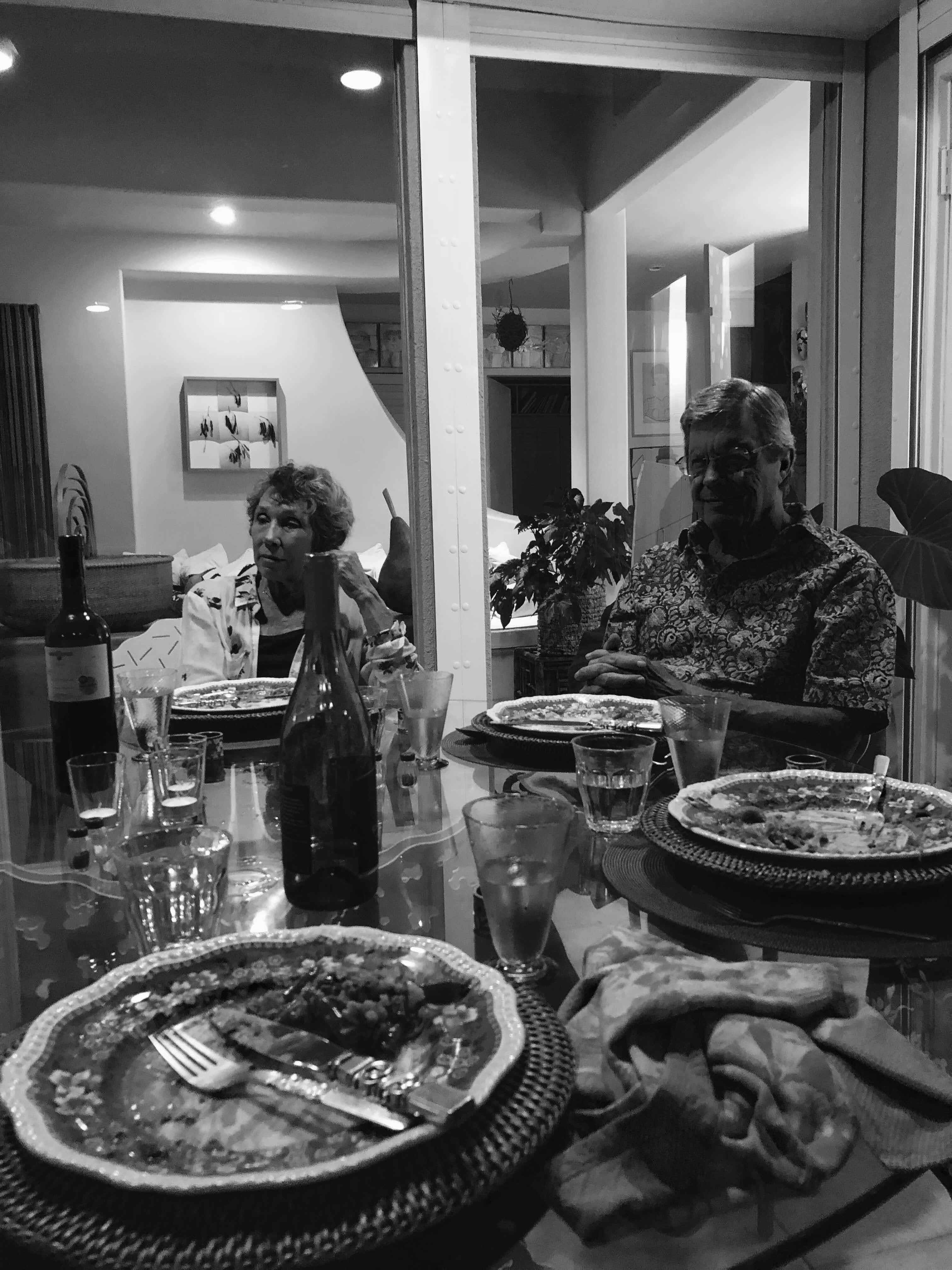 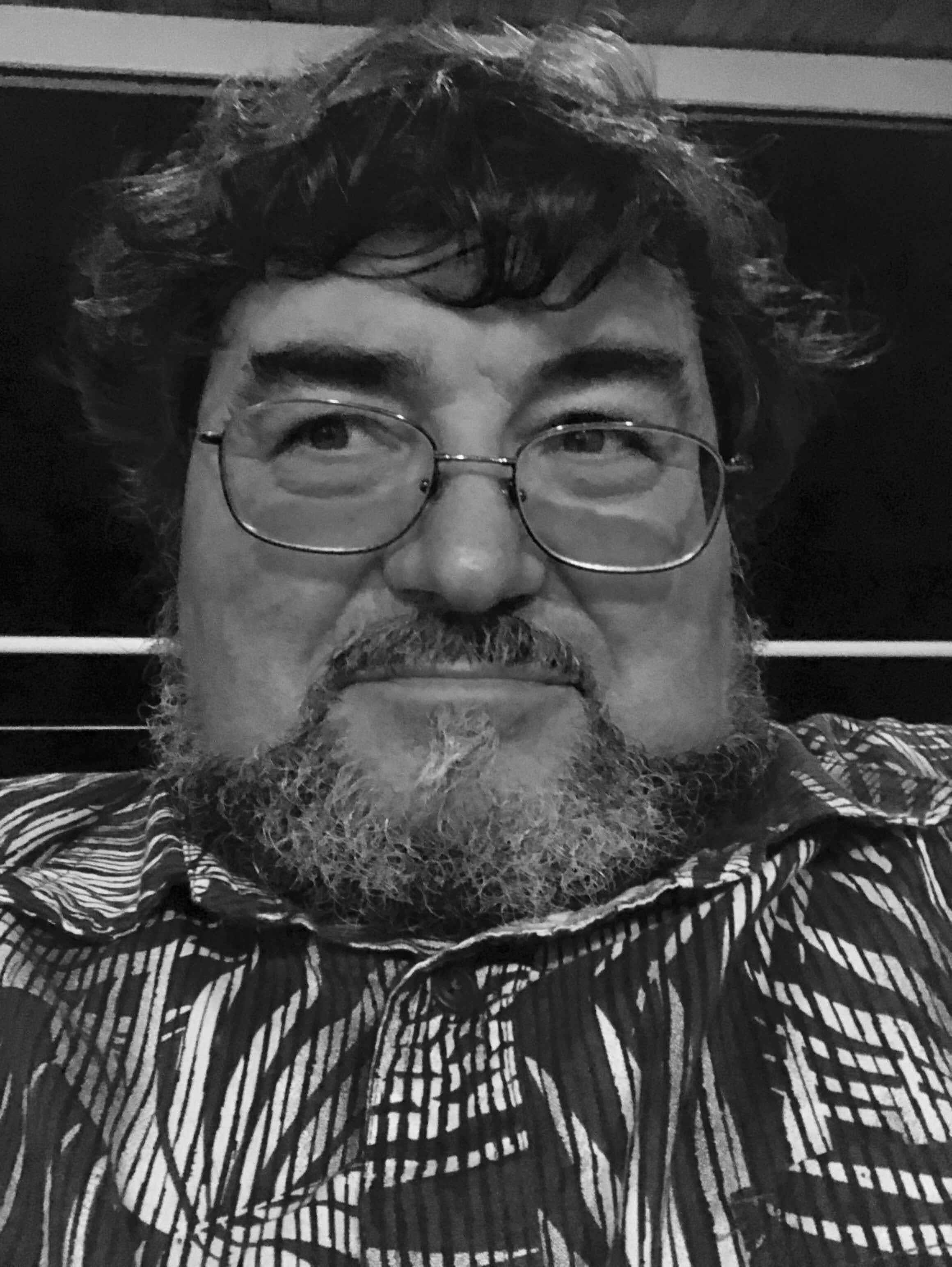 I’m not good at selfies but it was a grand evening as Thanksgivings big should be. Sid and Deborah have interesting friends in the arts. My enjoyment of motorcycles was viewed rather dimly. Especially now. Is life to be lived or merely survived?
Posted by Conchscooter at 9:00 AM 12 comments:

If you want to live free on the water you could do worse than drop an anchor in the shallow mud flats between Key West and Stock Island. 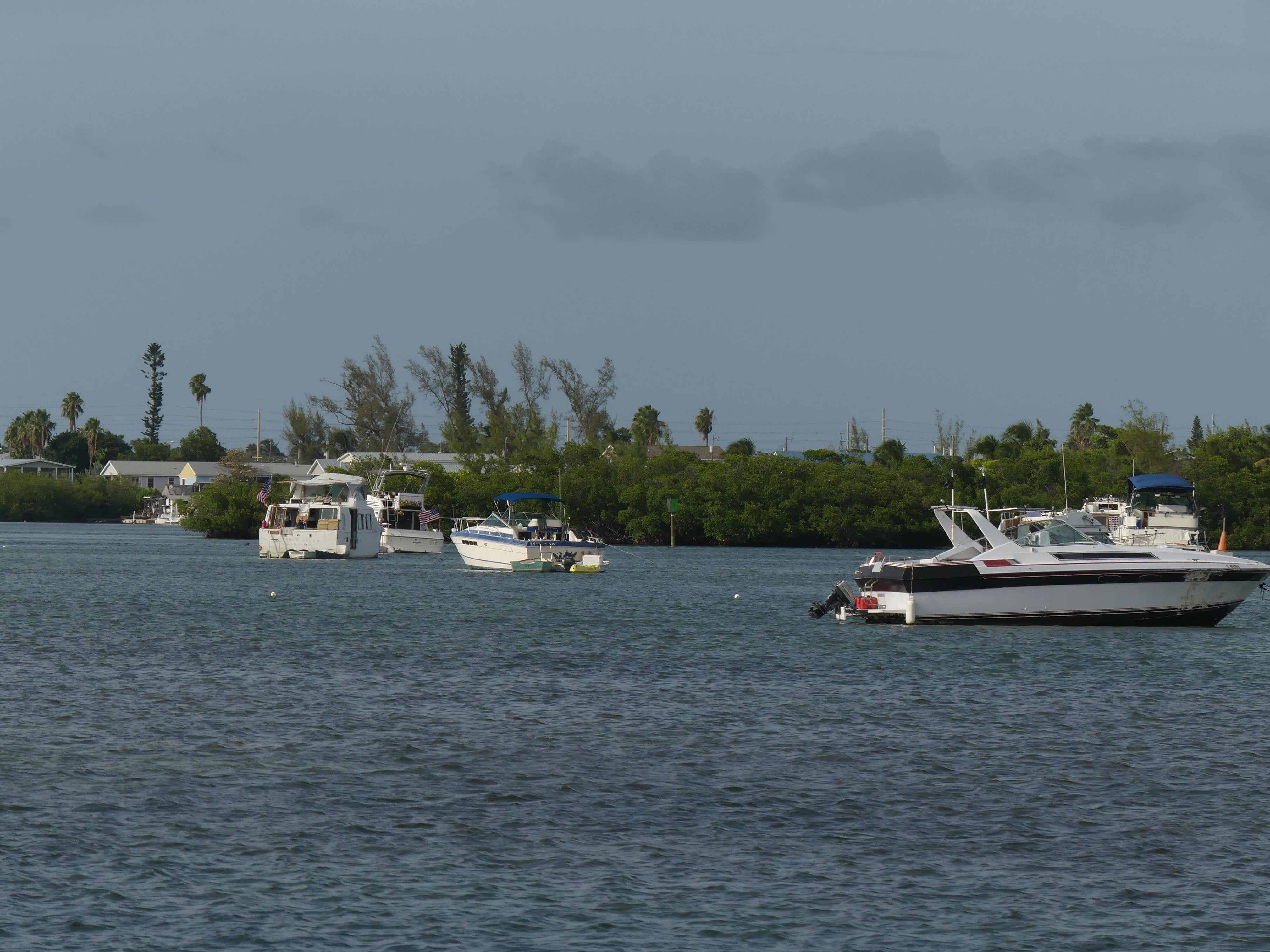 You will find a wild assortment of floating fiberglass that one can hardly describe as boats if by the term you mean a conveyance that moves. They are living quarters shaped like boats. 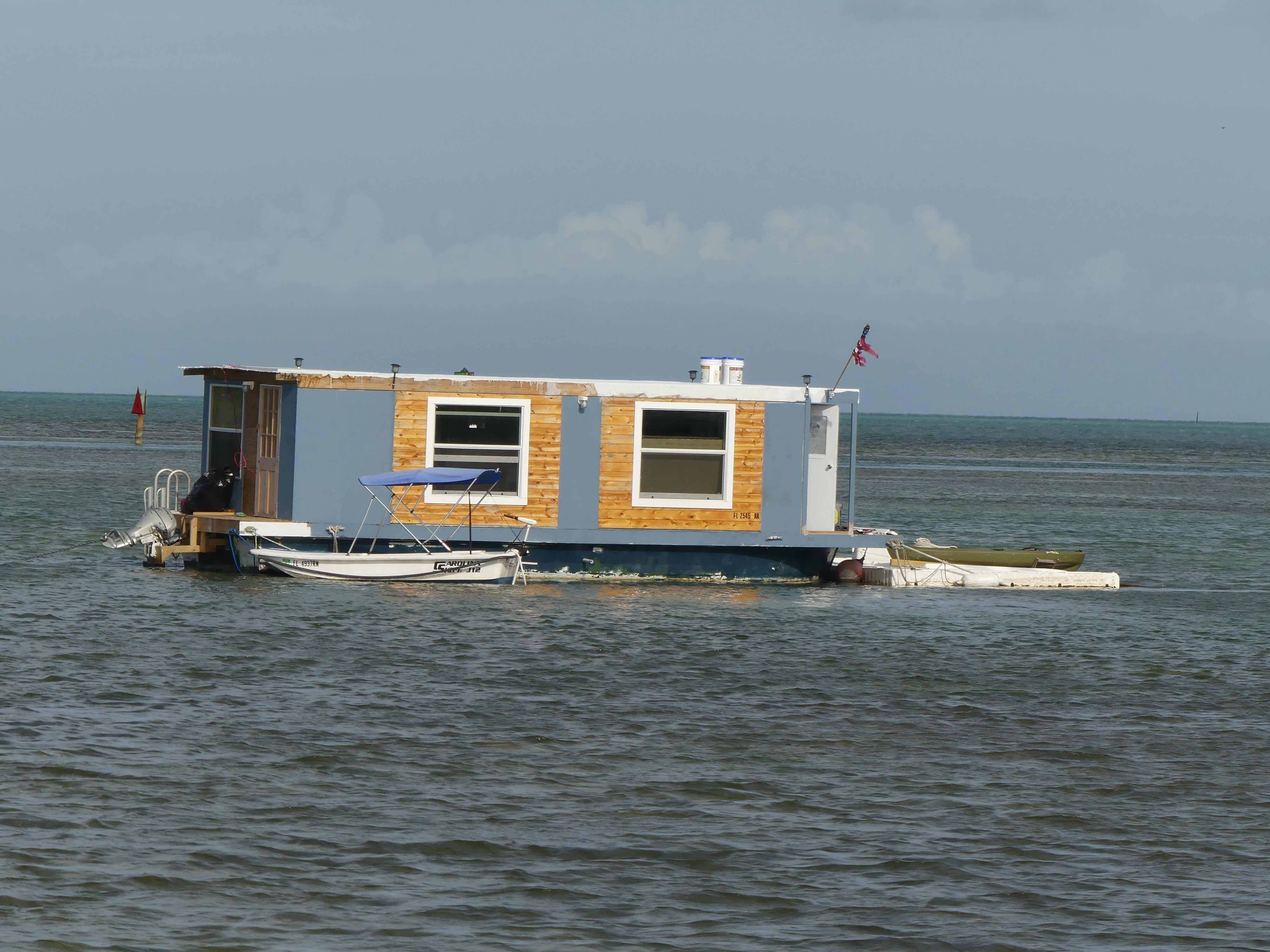 As always the dinghies to get to shore tend to be unnaturally large compared to the mother ship. Those are the boats that move and the larger they are the drier their occupants remain. 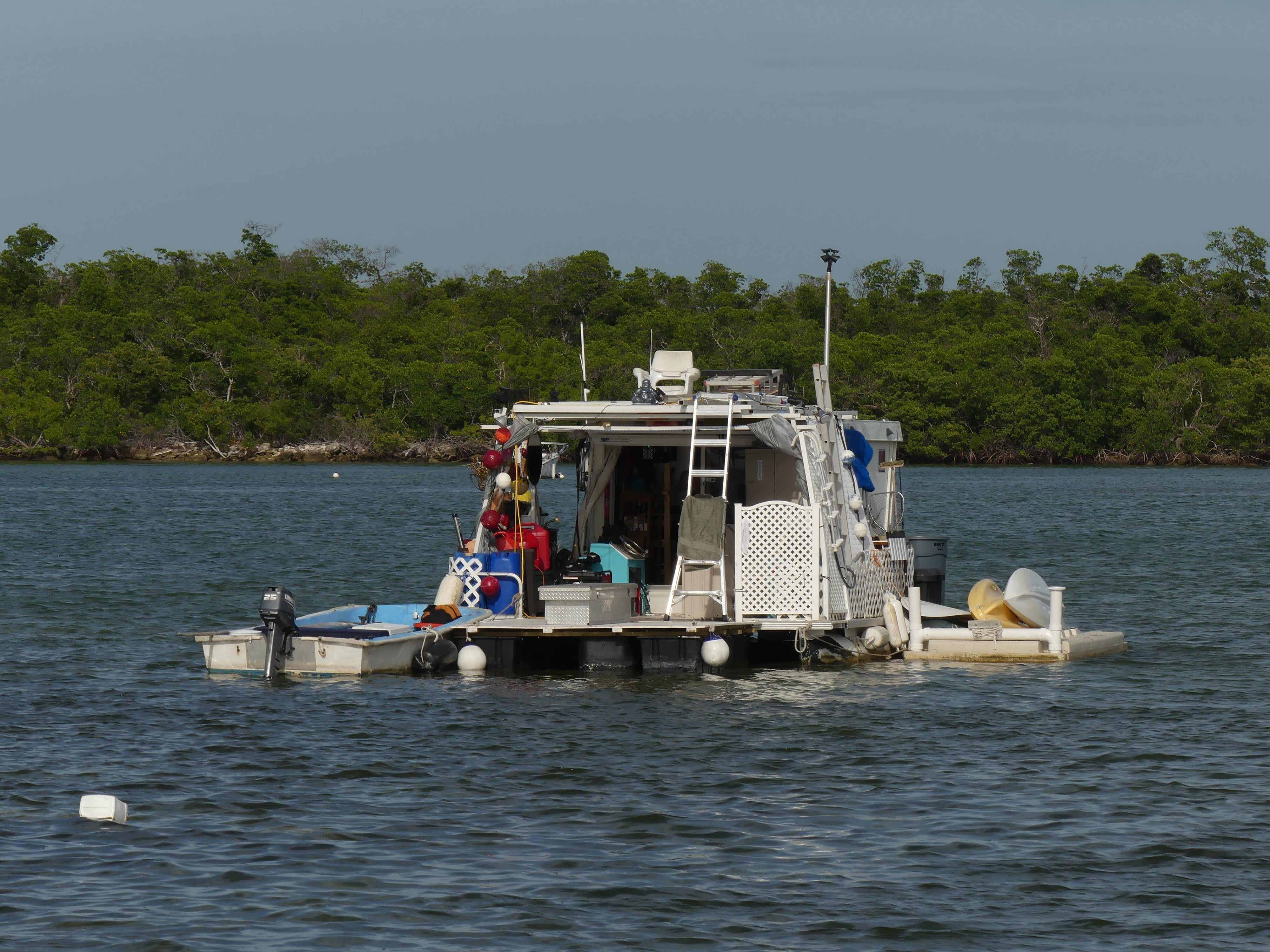 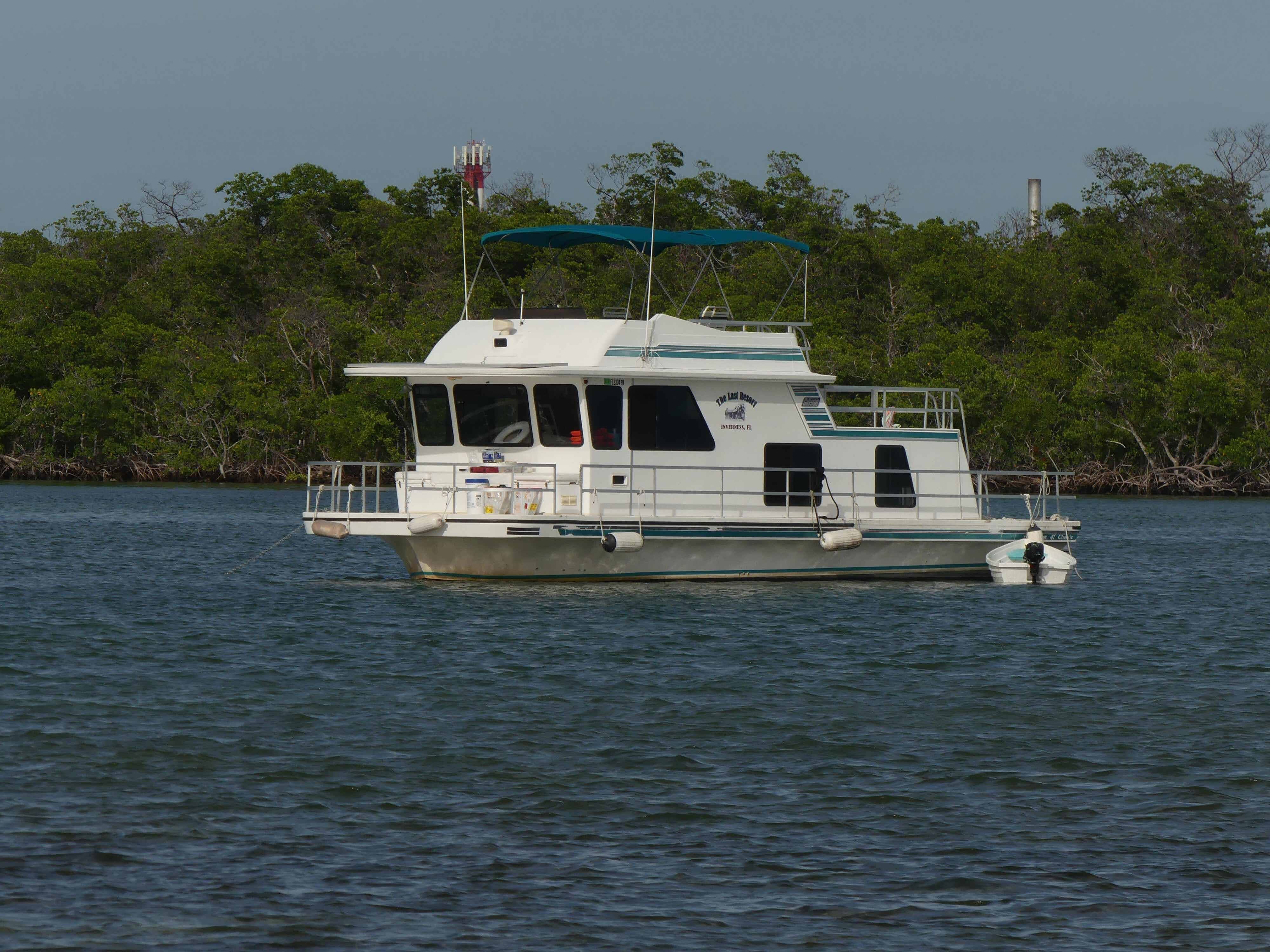 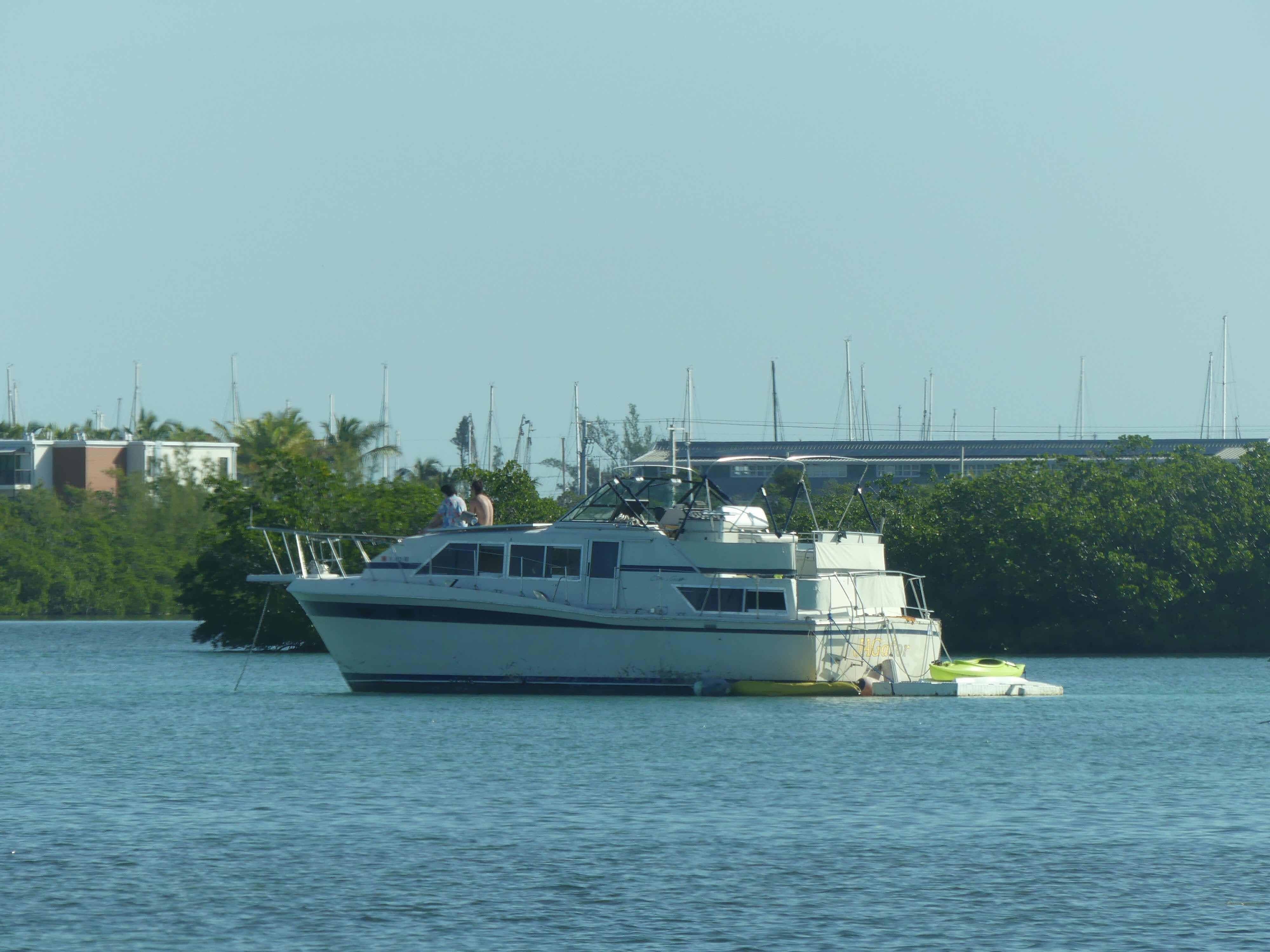 To go to town people tie their assorted landing craft along the sea wall that used to be occupied by houseboats which gives this stretch of South Roosevelt the name Houseboat Row. 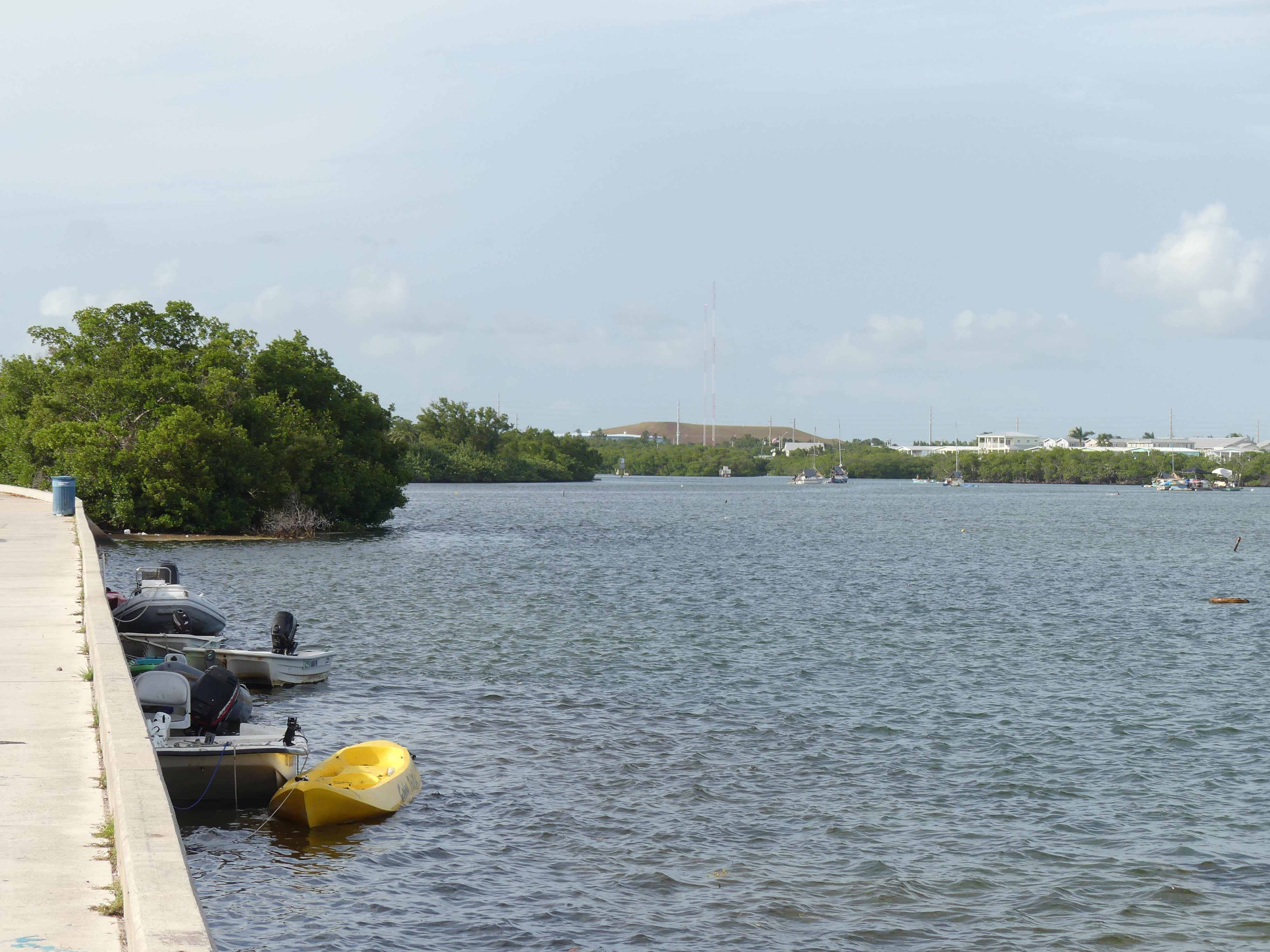 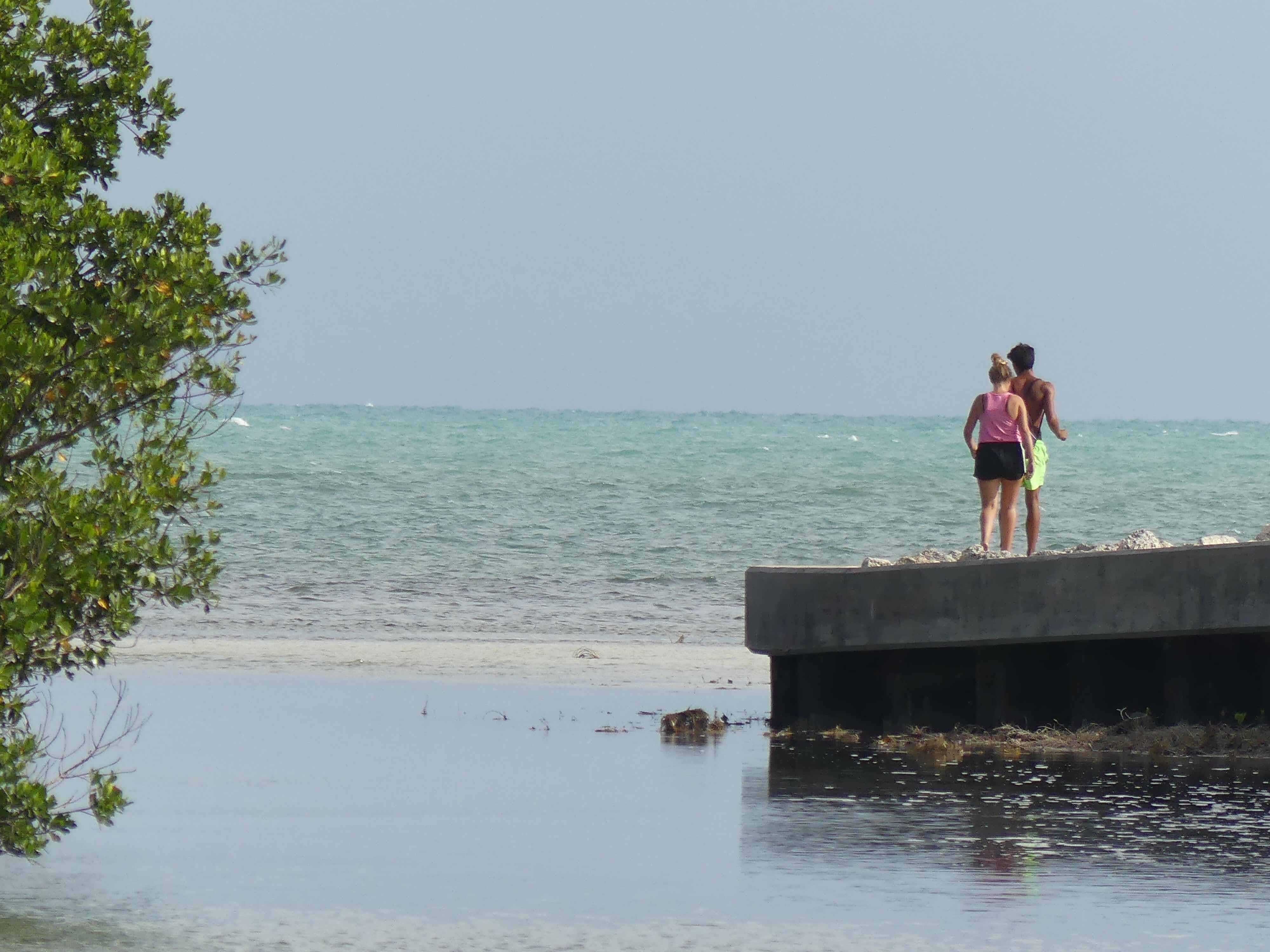