Earlier this week I posted a picture of a bicycle passing Five Brothers Grocery but here I took a photograph of their particularly explicit mask message. I hope next year by this time, these signs will be  an unhappy memory only. 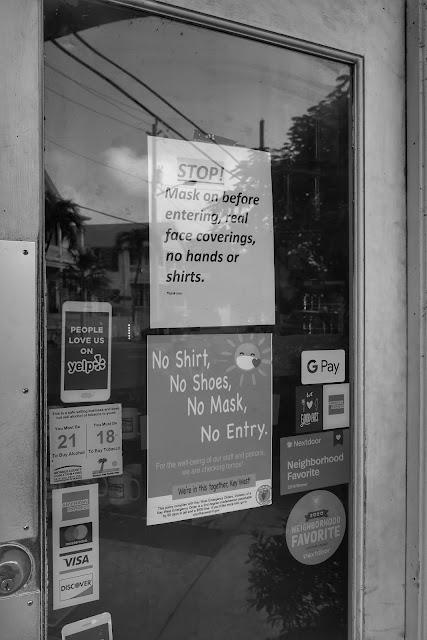 Five Brothers also had a small poignant memorial to one of their own, a former Navy firefighter who, though born in Hawaii, grew up in this town. I never met Brittain in person, the man who was new the city sexton when I started working in dispatch. For him in 2004 it was a retirement job organizing the care of the cemetery and when he called about some abuse or another I could hear the passion in his voice when strangers were disrespectful among his family plots. 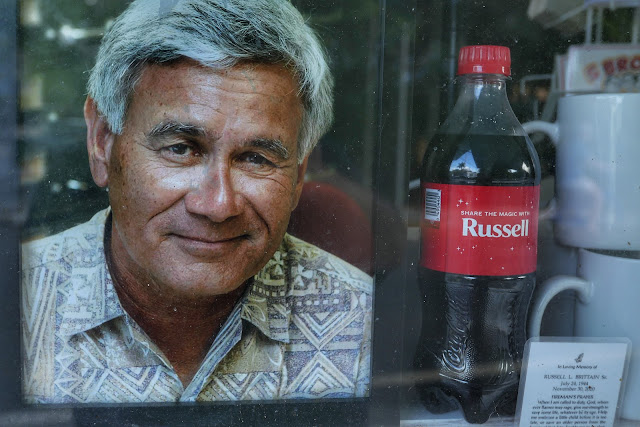 People visit the cemetery and get stuck after hours when they ignore the  signs about closing times. Other people get cheap thrills wandering the cemetery at night, not knowing Key West has an  informal neighborhood watch system that calls the police department 24 hours for any likelihood of suspicious activity. Under Brittain's leadership the cemetery got a facelift, a new sexton's house at the entrance and a prohibition on scooters in the grounds. Scooters seem to have the ability to provoke bad behavior and he got tired of it and he let the city know. 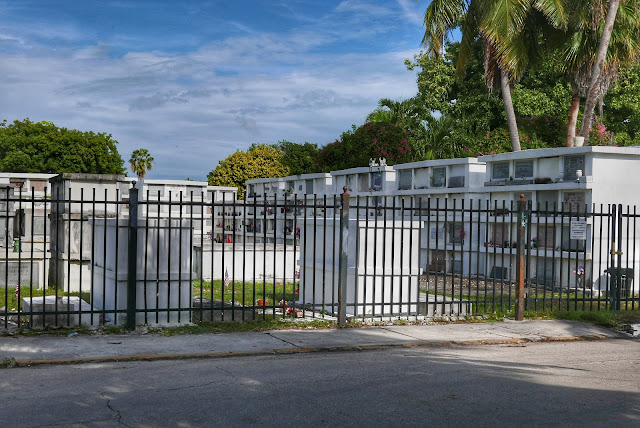 Cars bicycles and pedestrians are welcome. I have always had a certain fondness for the cemetery and the history it holds and every time I heard his voice on the phone asking for police assistance I sat up a little straighter.  It was painful for me that I was working the day he died and I had to button up my feelings for most of a very long shift. I missed his calls when he retired a few months ago and now I have to think of the neatly mowed cemetery as his legacy.  Life really is short. 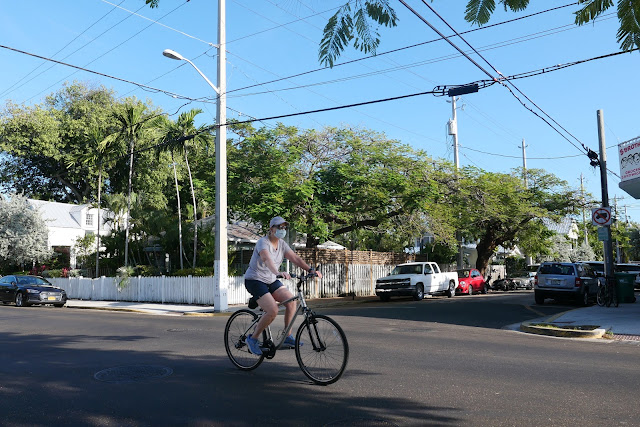 I never quite know what I am going to see walking around town, except that it is winter now and therefore the number of middle aged cyclists shoots up. People who wouldn't be seen dead riding a velocipede in their communities Up North decide they will find their lost youth and turn their bicycles into daily riders around town. It is from what I can see a form of behavior modification that is restricted to Key West. Only an iconoclast (Webb Chiles springs to mind) would deliberately prefer a bicycle as a way to get around even outside Key West. 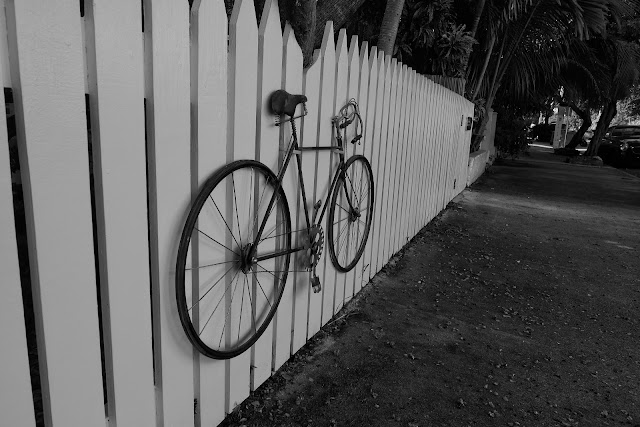 When I lived in Ft Myers we didn't want to get a second car so my wife drove to her teaching job and I bought a bicycle to ride from our North Ft Myers marina, a wooded cove off the turgid brown waters of the river, to my job at West Marine. It wasn't a bad ride, scooting through the neighborhoods around Cape Coral and riding the bridge over the Caloosahatchee River to the store in Ft Myers. Not only did I avoid bridge tolls but by riding with my head down I found a daily fortune in spilled coins on the approaches to the toll booths as drivers fumbled their coin purses. It was all good fun. 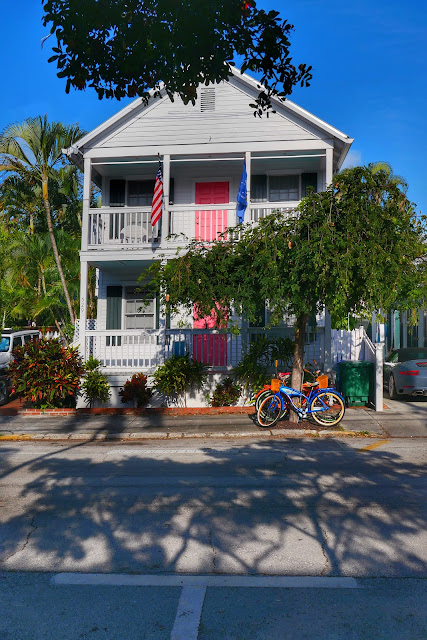 Yet for the six months I worked there a shift did not end with someone wondering about my bicycle commute home. I was just too weird and while I appreciated the concern I could never quite explain that I actually liked my daily ride and looked forward to it at the end of another dreary shift serving the great boating public. I suppose one has to accept that making sensible use of a bicycle is not normal in a world that craves conformity. Hats off to the winter riders.
Posted by Conchscooter at 12:00 AM 4 comments: