I first published this essay March 17th, 2009 and there is no Cheyenne in the pictures because I didn't get to rescue her until December of that year...so while I was here she was being run off her feet by the family that eventually abandoned her for being too old. I wonder what they would think of her now? 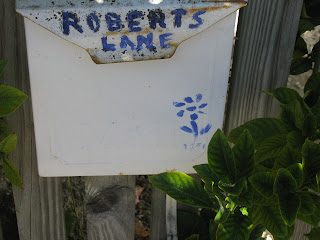 I parked the Bonneville in a motorcycle spot on Frances Street planning to stroll over to Nassau Lane to take some pictures. Imagine my surprise when it occurred to me I had already done that, and in fact using the "search" function at the top of the page I found the essay posted last December 18th 2008. Well bugger, I thought. This blog really has been going on too long. It was with some trepidation I went to Roberts Lane for a back up plan and honestly I couldn't remember for the life of me if I had taken pictures there or only thought about it. So I took some more. 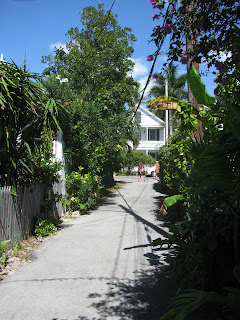 Fortunately the same "search"function revealed no previous entries by this name so here we are, off Frances Street between Southard and Angela, a stone's throw from the cemetery. Indeed Google Maps shows Roberts almost connecting with Catholic Lane, though in fact they don't seem to join without crossing private property... 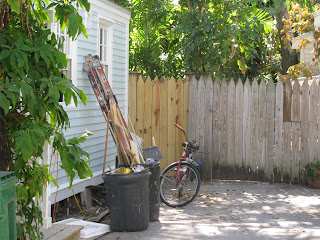 I could hear sounds of construction coming from the house though I was discouraged from approaching as I overheard a most unusual conversation, as I stood on tip toe, out of sight) I hoped!). One male voice said: " I don't see why they'd come after me.I never killed anyone." Which is quite devastating as the opening gambit in any conversation when followed up by the next statement to his companion in physical labor: "It wasn't like I killed anyone,"he went on: "I was just the book keeper to the mob." Which had me interested. It didn't seem like he was in the witness protection program, though why would he be laboring instead of living off his ill gotten gains? Maybe rebuilding a home on Roberts Lane is deep cover? Like the sailors in HMS Pinafore I with caution feeling, softly stole away...to enjoy some of the architectural gems of this tiny lane: 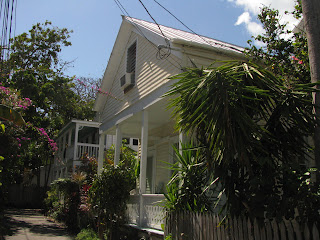 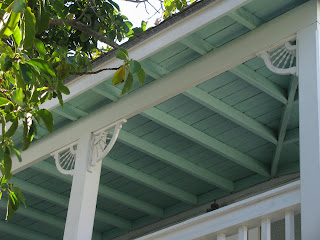 It is traditional in Key west to paint the eaves over the porches in this or similar shade of blue. supposedly it keeps away insects, and more esoterically, spirits as well. 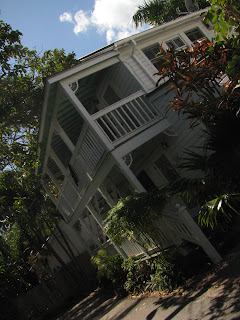 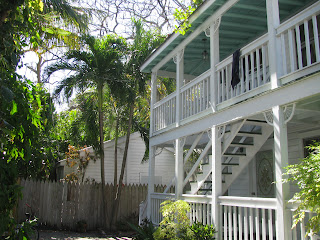 I am a big fan, as are insurance companies, of metal roofs which provide the strongest hurricane protection and I particularly enjoy the old style metal roof, almost scalloped looking like this: 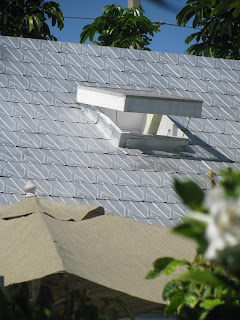 Roberts Lane is also filled with Art which gave my wander an added fillip: 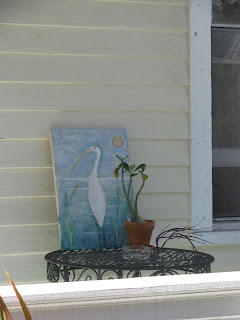 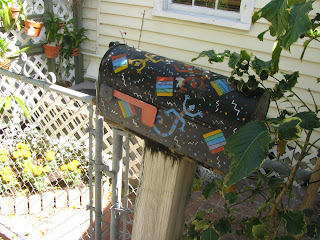 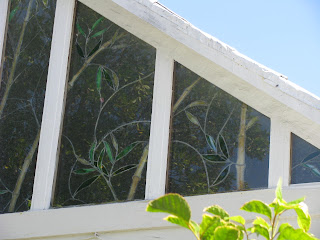 Roberts Lane has a little intrigue of it's own in J Wills Burke's book Streets of Key West where he discusses a Roberts Lane off Caroline Street. From what I can gather that would be the alley way alongside Los Cubanitos Marine hardware store which never had a name as far as I knew but on Google maps it shows as Roberto Lane which may be what Burke is referring to in some geographic cosmic mix up. Or not. 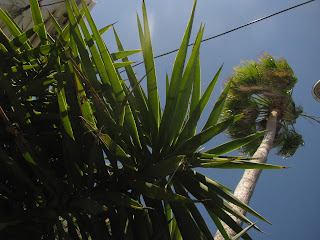 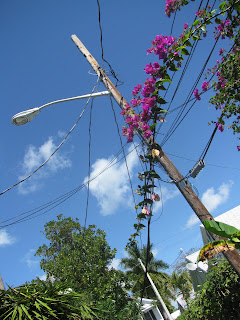 Burke's Roberts referred to any one of three historical figures, a "colored Sheriff" or a "colored businessman" weirdly enough a friend of Stephen Mallory, Secretary of the Confederate Navy. Ina any event the lane is here and not there nowadays. Very pretty it is too, off Frances Street: 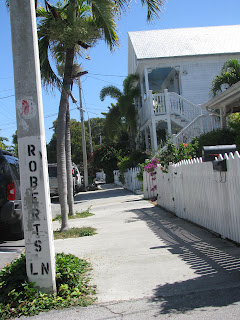 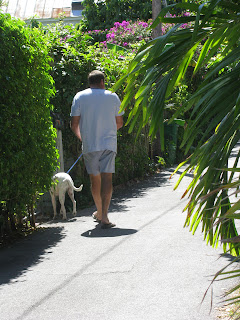 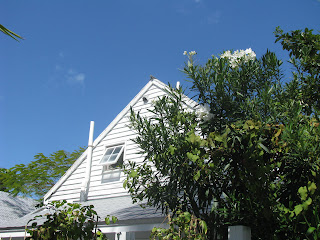 And there on Frances runs the dreaded Conch Train blathering its endless repetitive spiel at 5 miles per hour (8km/h): 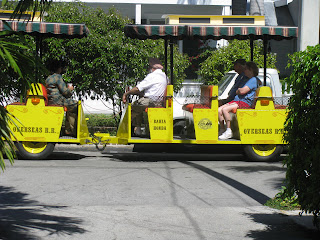 One needs the Conch Train as a reminder that this is Key West, not Paradise.
Posted by Conchscooter at 12:00 AM 2 comments: