My favorite Chinese restaurant has changed hands and a new arrival in town is operating Tong's Garden on Kennedy Drive. So far the only change is that the person answering the phone is now bright and cheerful which is a pleasant change. More importantly Cuban coffee on White Street is no longer dominated by Sandy's. The formerly 24-hour joint at Virginia Street is being challeneged by Key West's Best Coffee In Town. 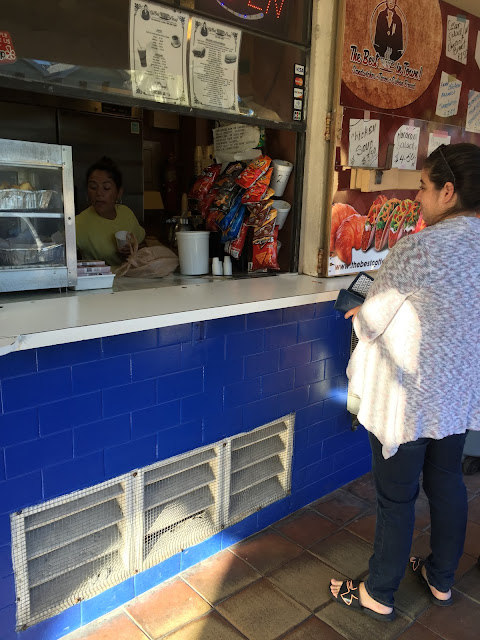 So I went and tried the best coffee in town and got myself a basic breakfast sandwich on Cuban bread which is how I test these places in town. And there are quite a few Cuban coffee places when you really start looking. Sandy's was the only one open 24 hours and under new ownership that has ended which in some way changes the perspective. I liked the coffee and the bacon egg and cheese sandwich from the Best Coffee In Town and they make no pretence of being open all night as they close at four. They are just a couple of blocks down the street, south from Sandy's and  make a worthy competetion. 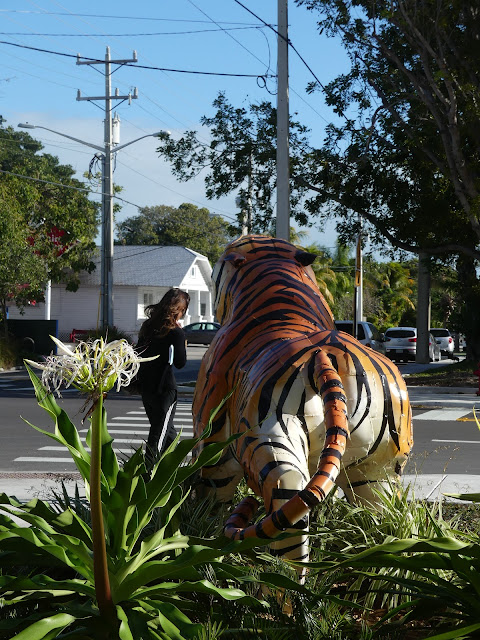 Unlike Sandy's the Best Coffee In Town has no seating so I walked across United Street and found myself an empty bench next to the new and newly occupied City Hall. The tiger is back in place at the corner of the street. It used to be the mascot for the school that was in this spot and a welding class built it. Now it has been refurbished and put back in place. 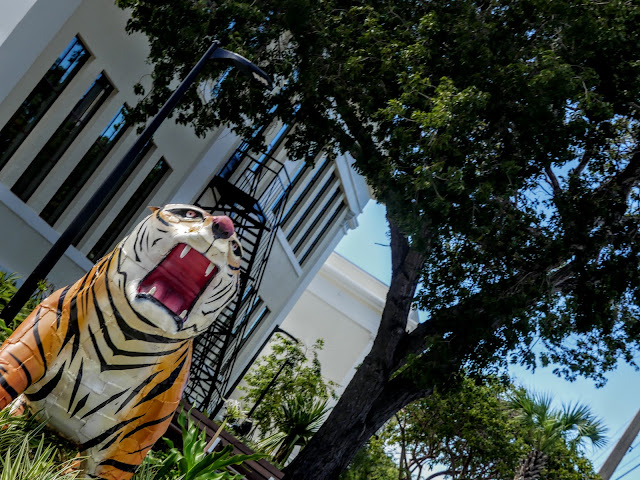 This being the idiotic town it sometimes is there were -can you believe it? - complaints about the tiger being parked back in its spot infront of the new city hall, which itself has generated complaints too. The tiger it was said is too aggressive and not attractive and might frighten off visitors. I can't make this nonsense up. People actually wrote that kind of sentiment which I paraphrased from comments in the newspaper. 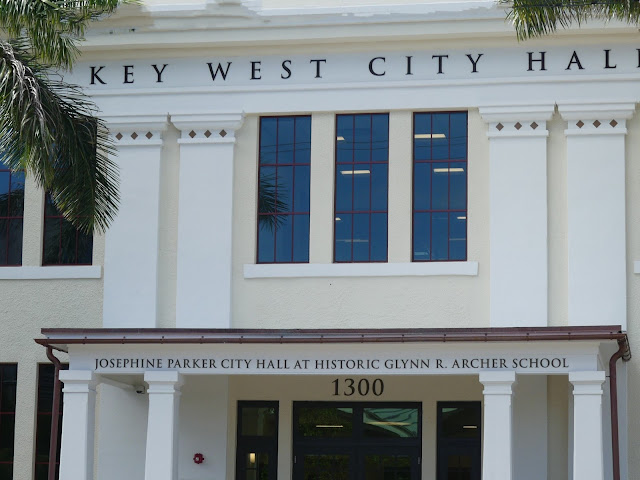 Complaints about the new city hall centered around cost which at twenty million bucks doesn't seem too terriblky much in modern dollars for a modern office building centrally located with parking and all proper modern facilities. Mind you anything is too much money ina town devoted to complaining. 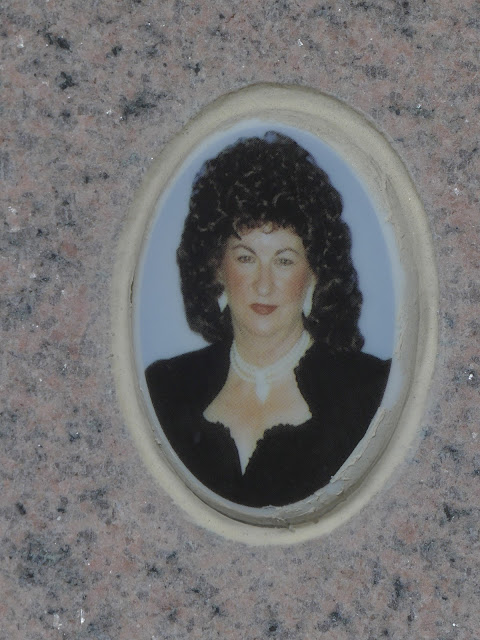 I also found the grave of the former city employee after whom the building is named. She must have been quite the powerhouse, Josephine Parker as she also has a lane named for her off Angela Street betweenb Duval and Simonton...behind the former city hall where she worked which is now the Fire Station. 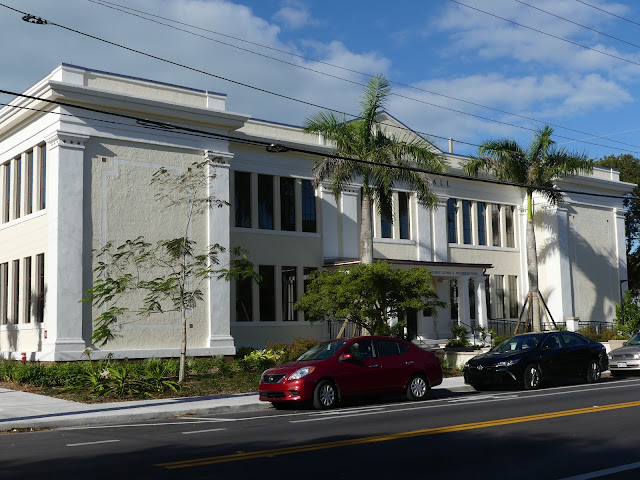 I like the new building. I like the qya it looks, the way it works and the details they added or kept from it's historic illustrious past. 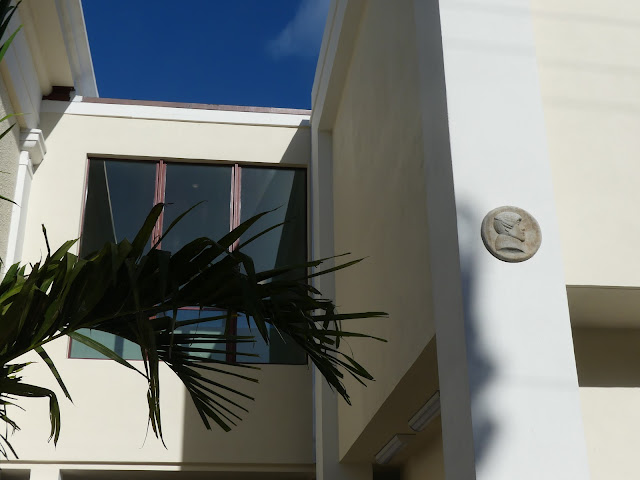 The Just 4 Kids voluntary after hours programn decorated power boxes around town some years ago and now this box shown below refers to a school that no longer exists... 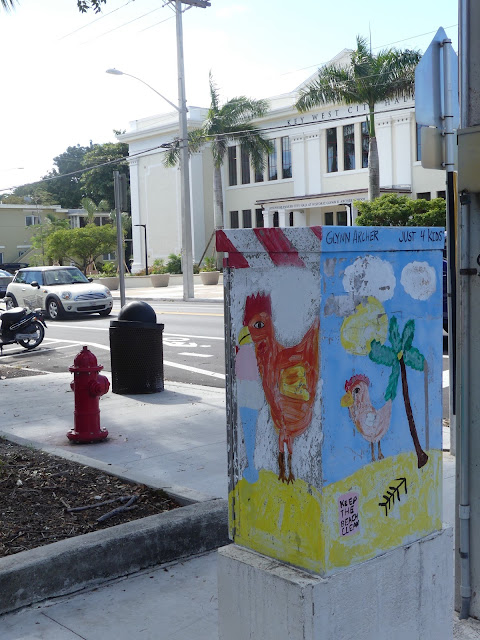 Just half a block away is the Dairy Queen, that purveyor of fast food and soft serve icea cream that is not actually located in a tourist zone or on the Boulevard in New Town but is tucked away out of sight formerly serving the students from the school which no longer exists. Not a problem apparently: 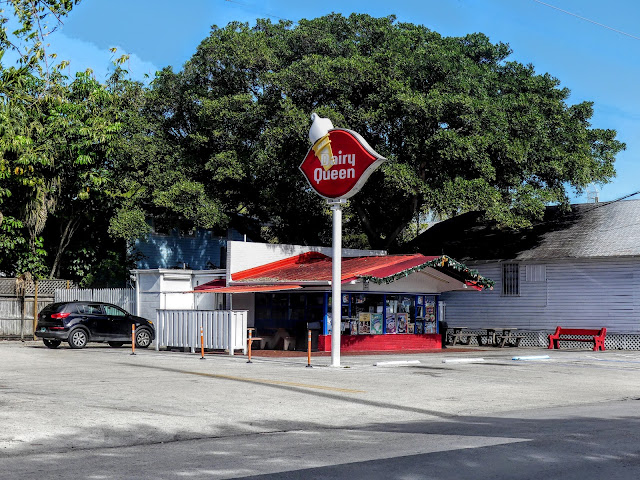 On the subject of complaints I remmber when the Natuional Weather Service building was being rebuilt here across from City Hall and people started moaning about the red walls. It turns out it was some sort of undercoat paint and when the building was finished it was rather tastefully clad in wood. That shut the moaners up. But they do have to whine don't they? 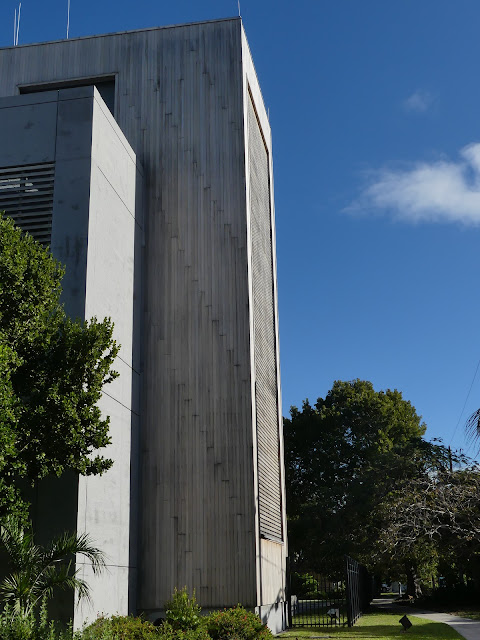 Here's a picture of Sandy's and the rather useful shaded outside seating: 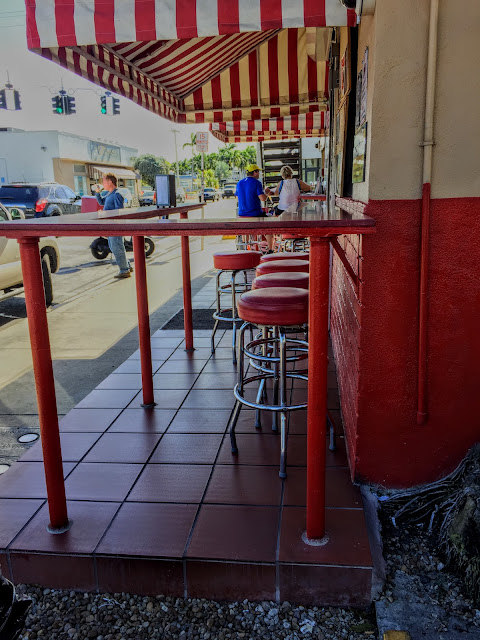 White Street looked confused and busy the other day with it's new paving and even marked bike lanes. It may just take extra coffee to sort it all out and luckily there is planety for sale, and good stuff, on the street to cope with the demand. 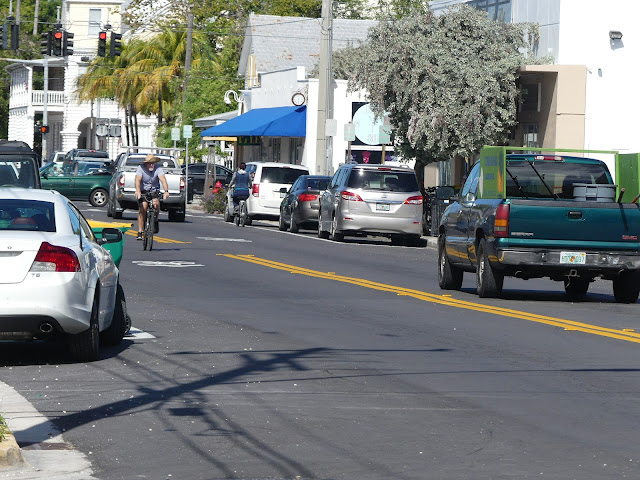