British newspapers talk of "silly season" during the summer months when news is slow, parliament is in recess and politicians aren't slapping each other in public. In the Keys I think of silly season as the winter months when people come to escape harsh winters Up North and manage to make themselves look silly in the process. I like to see their empty manicured homes waiting for signs of life, like this one shown below on Big Pine Key. It's a reminder snow birds pay property taxes without homestead exemptions (if they are lawful) and they don't use civic services during those log months when they sport Up North with their grandchildren. Good on 'em. 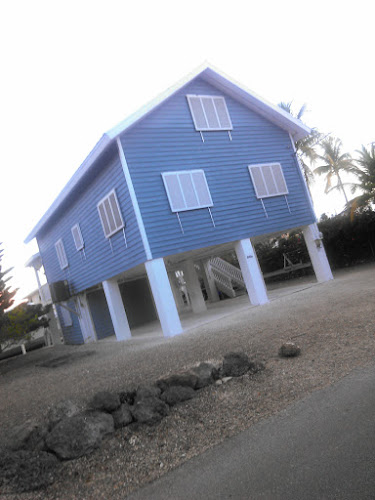 I like this definition from Wikipedia, talking of silly season:

The silly season is the period lasting for a few summer months typified by the emergence of frivolous news stories in the media. This term was known by the end of the 19th century and listed in the second edition of Brewer's Dictionary of Phrase and Fable and remains in use at the start of the 21st century. The fifteenth edition of Brewer's expands on the second, defining the silly season as "the part of the year when Parliament and the Law Courts are not sitting (about August and September)". In the United States the period is referred to prosaically as the slow news season. In Australia, New Zealand, and South Africa, the silly season has come to refer to the Christmas/New Year festive period on account of the higher than usual number of social engagements where the consumption of alcohol is typical, which are in the Southern Hemisphere summer. 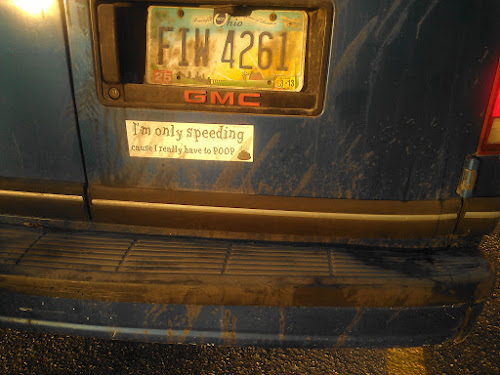 I suppose we who live here all the time should find it endearing when we listen to people who claim to live here but in fact just visit a few months at a time. I doubt people are lining up to claim permanent residence wherever it is the snowbirds come from. We should be flattered we who get to live here year round. I notice a higher incidence of intolerance this time of year, more people are on the streets and there is less silence. The snowbirds bring their habits with them and the usual (summer) practices of the communities get disrupted. Cyclists decked out in spandex riding gear woth colorful helmets replace scruffy wanderers on bicycles who ride down here during the rest of the year. Clumps of talkers block aisles in grocery stores not talking abiut workplace irritations like true locals. Snowbirds compare changes from the last silly season while they jostle the check out lines. On the highway retirees drive extra slow and in town they clog commuters by choosing to add to the traffic at peak times. They stop unpredictably to view the sights. Tempers flare and impatience runneth over. 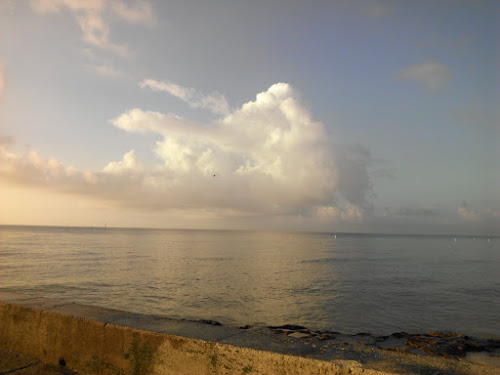 I was walking a public street when I saw a loser bumper sticker. I never took a vow not to gloat so I stopped to take a picture and the honorable defender of freedom (a nebulous concept apparently) gruffly demanded to know what I was doing. Photographing the bumper sticker I said meekly though I wanted to remind him that around here the Michigan Militia holds no sway. 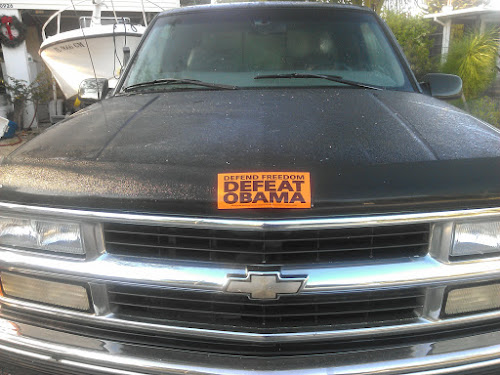 On the other hand when official silly season (elections!) is upon us I turn to the comics of Tim Egan of Santa Cruz, California. 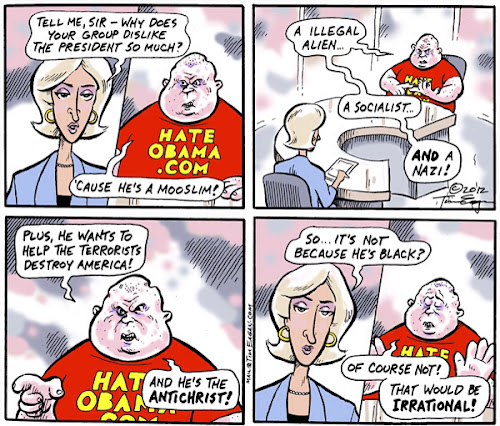 Instead now the noise of vote seeking is over and I am ready to be disappointed once again by our leaders created during the District of Columbia Silly Season. So I look at a lovely pink Hibiscus, suitable for our silly season, that time of year when snow falls Up North and we get to hear about if from lots of people happy to have escaped the noose of the snow shovel for a winter. Silly season down here is when the flowers bloom not when snowflakes fall. Not bad even if we have to put up with slow drivers, loud talkers and silly cyclists clogging our lives for a few weeks. They'll be gone soon when the weather gets really nice. 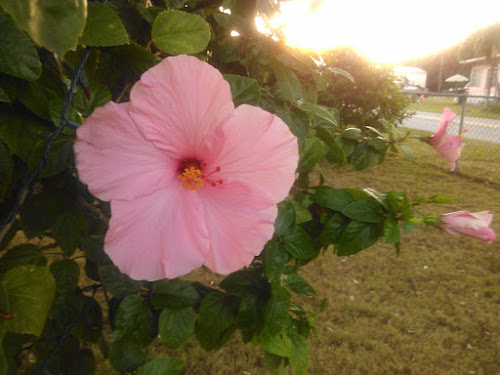