I wear slippers because my feet are still swollen. Usually the problem is that they can be a bit warm for my feet, though luckily it is winter...Until now when unluckily for my slippers it's been raining cats and dogs. 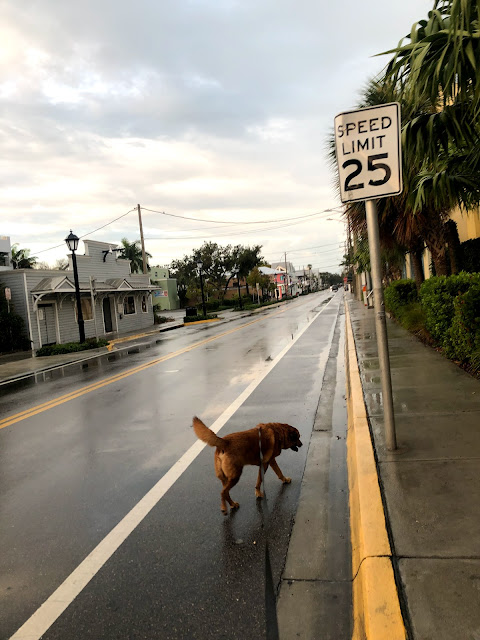 Rusty doesn't like the rain but he does like his walks as long as I can time them between showers. We got caught out at first and took refuge under an overhang at the Ferry Terminal until the rain eased up. 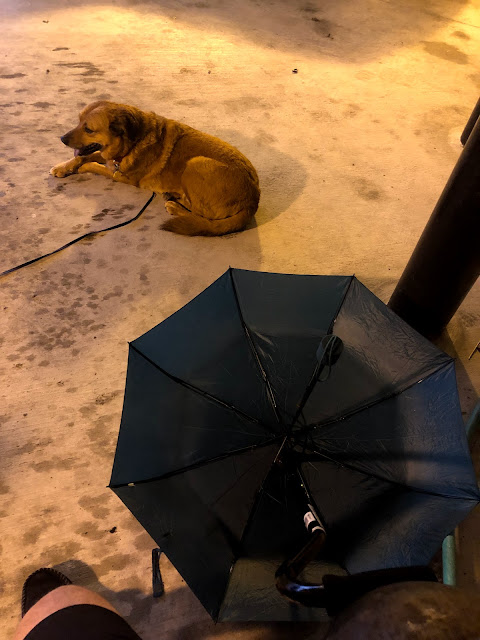 If my dog was ready to walk I was ready to brave the puddles. He didn't seem to mind walking through water and I was honor bound to follow so I got wet slippers, wet socks and wet feet. At least they weren't cold. I also got some rather decent pictures (I thought). These around Caroline Street and others posted previously from the marina. 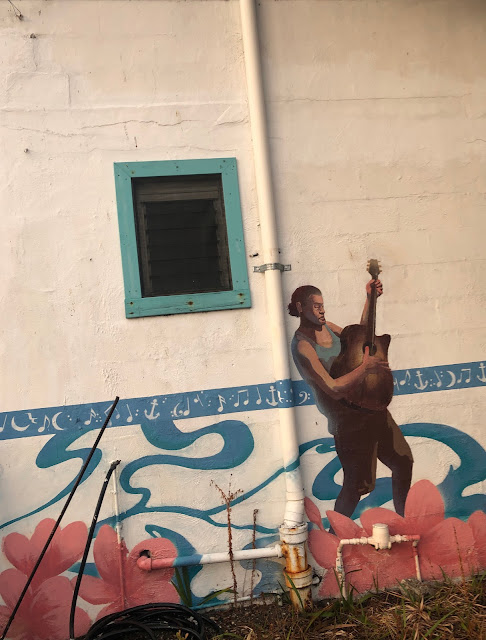 I had happened to notice  a newspaper in a box announcing consideration of a possible second bridge between Key West and Stock Island. That possibility has clearly come up among a whole load of people with the looming bridge restrictions next year as the sole existing Cow Key Bridge  gets repaired. Among those pondering increasingly sticky traffic jams is a Spottswood according to eh paper, a name filled with power money and prestige. 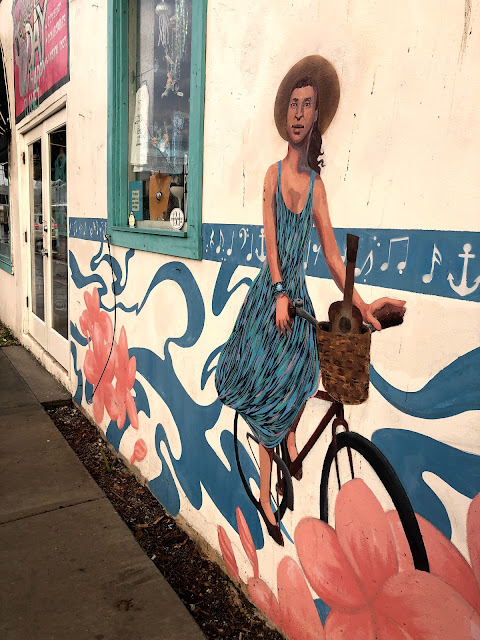 If you or I called the state department of transportation with a  query about building a second bridge I doubt we'd get the time of day. The newspaper was pleased to report state officials hopped to when he raised the question. Supposedly the second bridge would cross from 5th Avenue in Stock Island and would lie  approximately where I fat fingered a couple of black lines below: 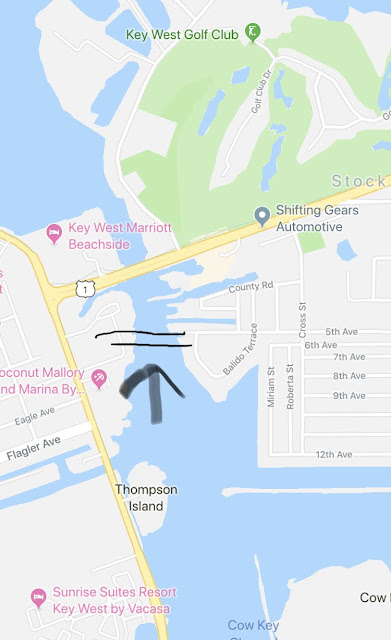 It's not a done deal they say mostly because the studies to consider the plan would cost $7 million and the bridge construction would cost $16 million more. I guess no check is forthcoming from the local promoter so there will likely have to be a few more fumbles to get such a thing going. The state suggests it might take 8 years to plan and two to build if all hurdles could be surmounted. If they did build a bridge from 5th Avenue it would put a flow of traffic right into the heart of residential Stock Island which might be  a hassle. The good news for proponents is that many wealthy community leaders live at Key Haven and Shark Key and I guess they are getting fed up with the daily jams on US 1 so perhaps something will change. 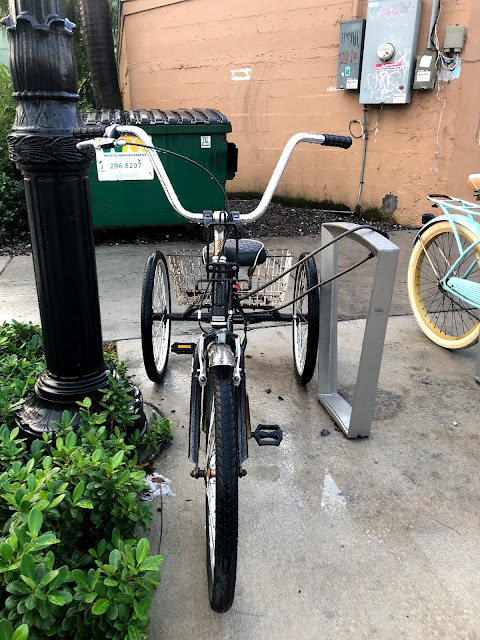 Rain tends to cut down traffic in Key West. It was actually a pretty empty downtown early in the morning. Even the homeless population normally perched at the New Market was hiding from the weather so I took a rather unsavory seat on the edge to rest my legs. That was when Joan happened by. She didn't want me to post a picture but she said she spends time between the District of Columbia, home in my  mind of the world's best museums, the Jersey Shore in summer which she says is less stereotypical than television claims and she really likes it, with winter spent in Key West, deep in Old Town. Which she also loves. And between all this flitting about she finds time to read this page. Jolly good. If she relents and lets me post her picture I shall. I showed it to a cop at work and he said she looked fine but there we are. 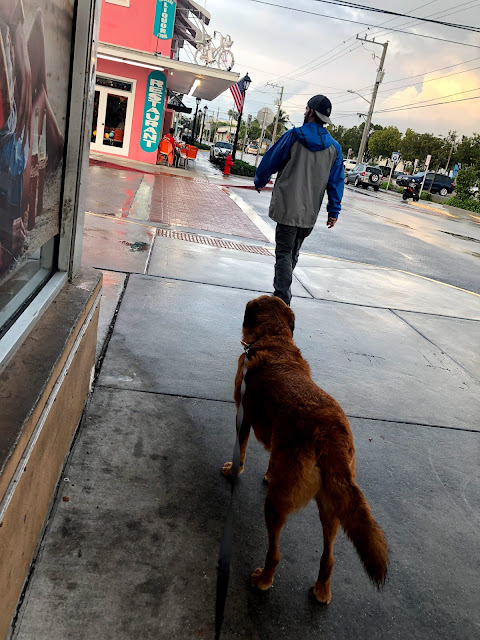 I am not a fan of amateur videos but I made this one to send t my sound artist friend Mandy to cheer her through a cold St Louis winter and prove it isn't perfect in Key West either. Maybe it will play. If it doesn't I'll delete it. There's nothing special but I was hoping for lights and sirens as the fire department went by but they were subdued and i ended up filming a one minute street scene. Hence my dislike of amateur videos. 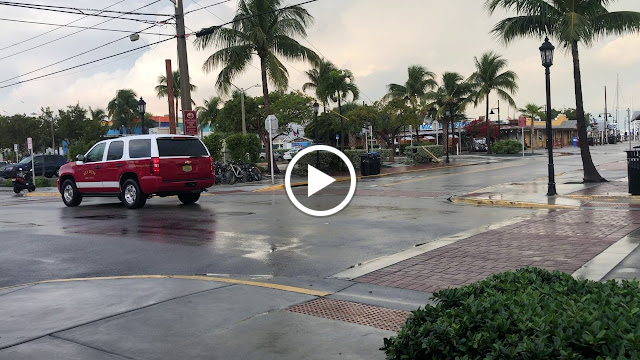 I have to say it wasn't very easy taking pictures as I had an umbrella, a walking stick, a dog on a leash and the camera to handle all at once but as we ambled I got some pictures that I liked using the old time filter that washed out some of the color. IT seemed to suit my mood: 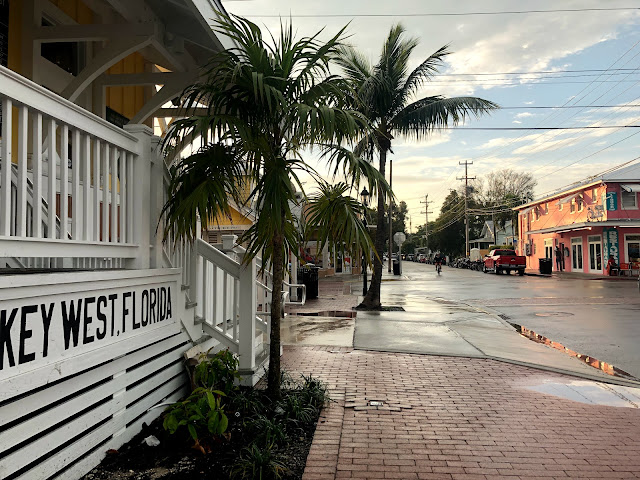 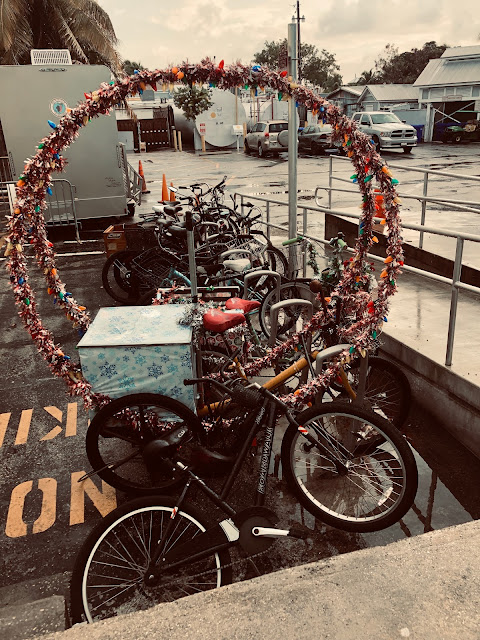 The pigeons dived on the barrels of mush from the Waterfront Brewery pushed out by a guy as sour as the stuff he was pushing. 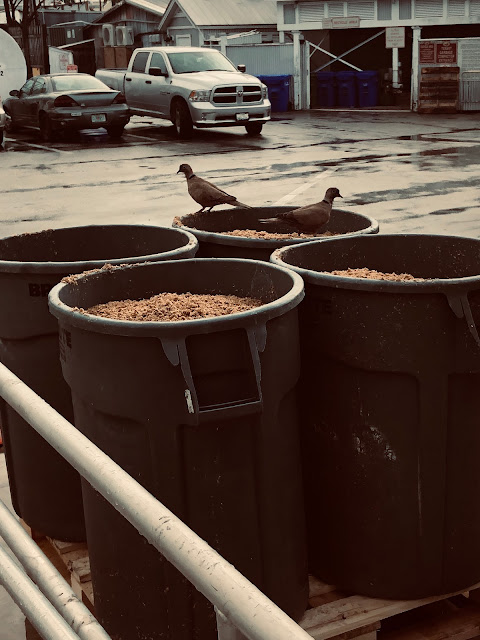 The sun gave up a short while later, clouds covered everything and rain set in for the evening and night. 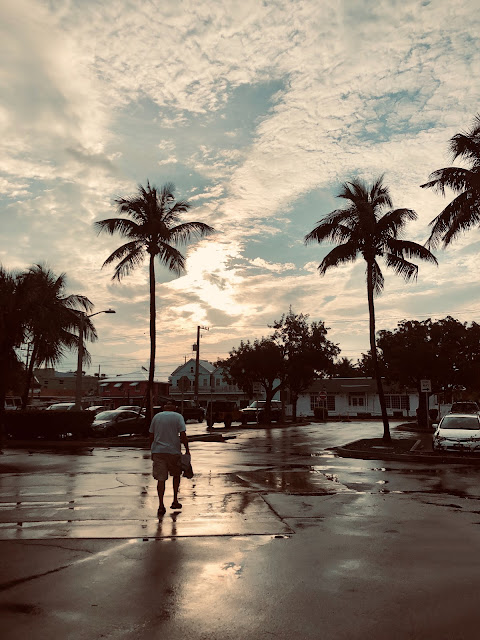 Henry Flagler from behind: 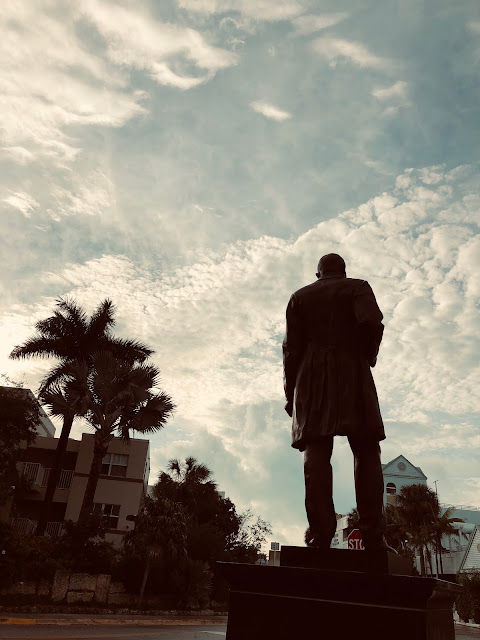 Steam Plant Condos, built from the old generator that supplied the city with electricity. 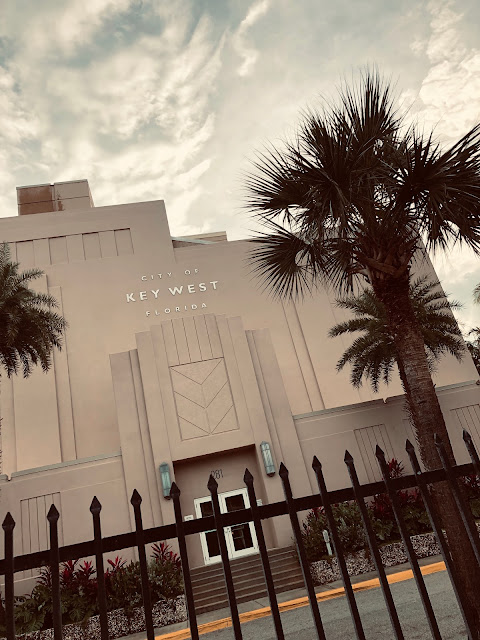