My wife and I have a family disagreement over which we have at a certain point in the last decade reached some sort of compromise. An uneasy truce perhaps, and it's on the subject of Mexican food. Happily Lupita's has ridden into town and saved the day, so perhaps our California-Mexican period of deprivation is over at last. 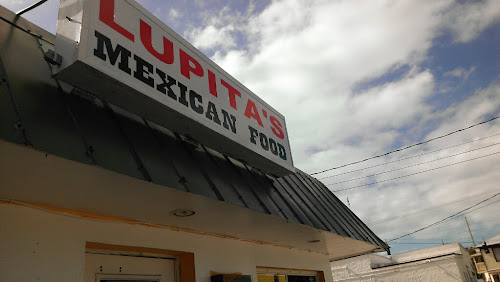 My wife grew in Palo Alto California, south of the great city of San Francisco. Palo Alto ("tall tree" in Spanish) is home to Stanford University where her parents worked and where she learned to appreciate proper Mexican food. I spent my misguided youth in Santa Cruz California where I tried to learn to be an adult and part of that education was coming to terms with "ethnic" food. My childhood in Italy did not prepare me for the ethnic cuisine of a California University town. I never did grasp the concept of eating raw fish, but I had no problems scarfing rice and beans and assorted sauces and meats in the Mexican style. 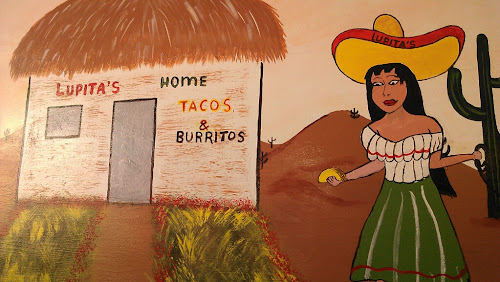 The CIA figures the are about 115 million Mexicans living in a country that is as long north to south as the US is across. It's a big place with massively varied topography and cultures. So when we talk airily of "Mexican" food we are sweeping together many different styles of cuisine within one enormous country. That has led to my wife agreeing to disagree about the well known Chico's on Stock Island. Even though it's a style of Mexican food usually seen on the Gulf Coast of Mexico I quite like it. My wife is less enamored though the little Palo Alto girl inside has come to terms with the fact the food isn't bad, it just isn't California-Mexican. Old Town Mexican Cafe on Duval panders to tourists and is nothing much to write home about. Amigos on Greene Street isn't bad but it's a bit too gringo and hectic and noisy for our tastes. Then there is Lupita's occupying the space once occupied by the late great Cuban place called B's. It's a worthy successor. 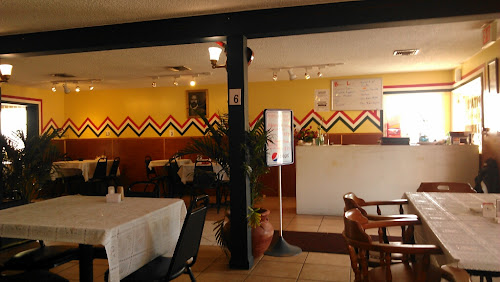 The whole thing is family run and we were served by Lupita herself and her daughter. They have the complete range of Mexican beers on offer and a proper Mexican menu, and this is a touchy subject so proper means in a style one might expect to see in the Golden State. We got a basket of delicious freshly crisped nachos to go with a bowl of chunky slightly spicy salsa. For a main course I chose carnitas which is roughly speaking barbecued pork, Mexican style: 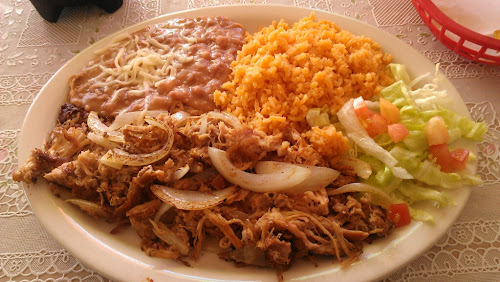 The rice was perfect on both our dishes, properly cooked yet each grain was separate and distinct. The beans were exactly as they should be, cooked through and soft but distinct in that distinctive refried sauce. I even enjoyed the crisp cool lettuce properly shredded on its own corner of the plate. My wife ordered chicken molé the tart rich savory chocolate sauce and she was delighted to discover the meat was already off the bone, which is unusual but welcome. 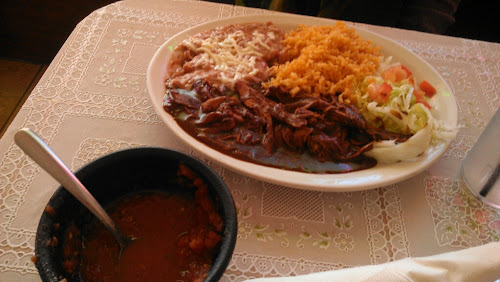 We got our tortillas wrapped in foil inside the holder and I was figuring this might be the only place in Key West that offers these traditional serving dishes: 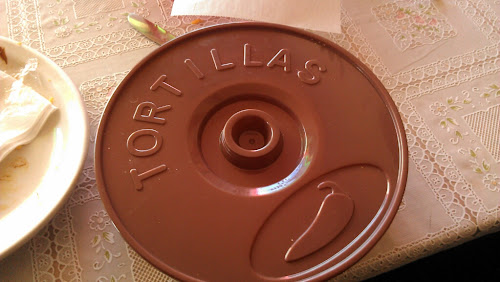 I forget the final bill but it was not high and the value for money was first class, and I want to go back as soon as possible and try out a few more dishes, the tacos the burritos (not a true Mexican dish but de rigeur in any self respecting Mexican restaurant north of the Rio Bravo) and my favorite: pork in chile verde. 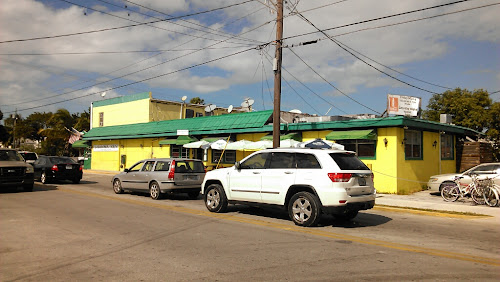 Lupita's is easy to find across Bertha Street opposite the bilious landmark that is Shanna Key the Irish pub on the corner of Flagler. Its well worth a visit.